Petite finished another Dragon Wing Doily and this one is in Olympus Light to Medium Beige Brown M16 in size 40. Now she has a set.

Kkommy finished the Small Cross by Mary Konior from Tatting with Visual Patterns in Lizbeth Royal Wave 143 and Royal Blue 652 in size 20. The she started a snowflake from Jon's Snowflake Collection called Milky Way. 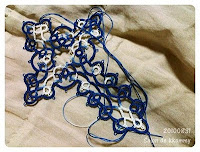 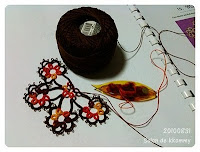 Lily is working on Linda Davies' Stargazer Lily and has 4 of 6 petals completed.

Cindy has been doing some comparison tatting and made Stumpy in Lizbeth Carribean size 40, Lizbeth Jelly Bean size 20 and size 10 Cebelia. 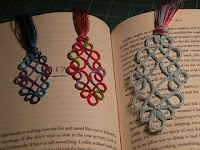 Katherinne really wanted to tat Ringtrim but needed to learn how to do single shuttle split rings first. Here it is in Lizbeth Antique Violet Light and Purple Splendor. 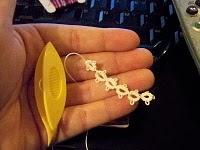 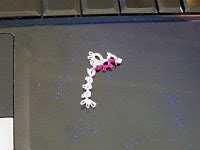 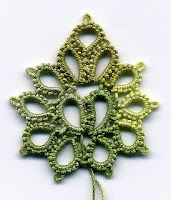 Fox has tatted an oval rose motif from my book Marvellous Motifs in Green, Lizbeth #20, and the rose is Prelovka from the Tatting Thread Exchange. 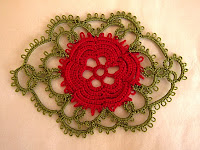 Heather tatted around one of the wood pieces she has displayed and turned it into a pendant. 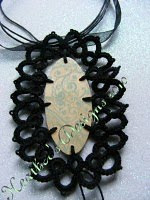 Krystle shows us a glamorous version of a tatted bib.

Marty tatted Iris Niebach's Beatrice from Tatted Doilies in YLI machine quilting thread in a colour called Alaskan Twilight and entered it in the fair as a coaster and it one a blue ribbon, a high blue and a sweepstakes ribbon. 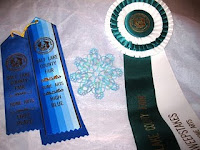