Cigdem used a gold faceted rondelle as a centre pieces for these tatted earrings done in gold metallic polyester thread. 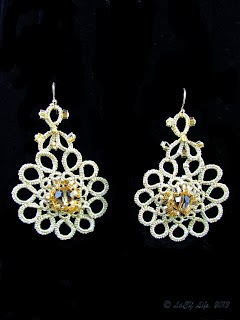 Julie shares with us a green and gold cross tatted by her grandmother, which had been made for her husband. Julie's grandmother tatted and gifted a lot of cross bookmarks, what kind of treasures that you have tatted will other people find when you are gone?

Diane tatted another variation of Doodad snowflake #3 but used 2 beads on the inside rings. She's not sure that she likes the effect as much as 3 beads. 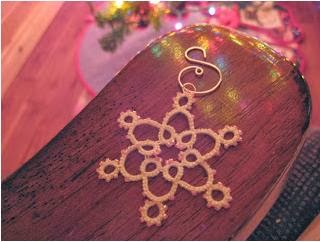 Fox is using medium green for this round of the doily, since she didn't have any dark green although, the thread is hard on her hands and has caused her thumbs to split. The doily is still growing, but she's going to have to put it aside for a while and allow her hands to heal. The hanky edging in Sulky Blendable Caramel Apple is as yummy as it's name. 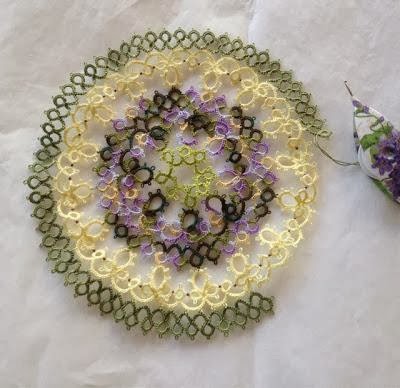 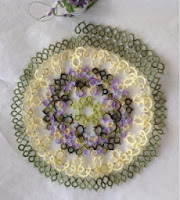 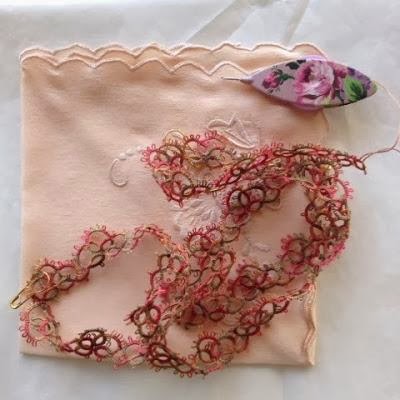 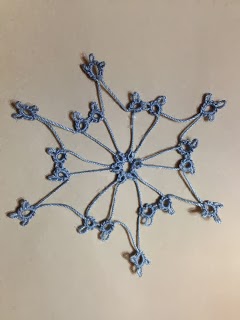 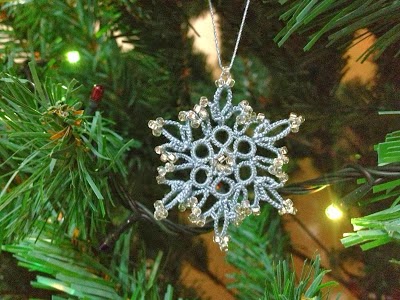 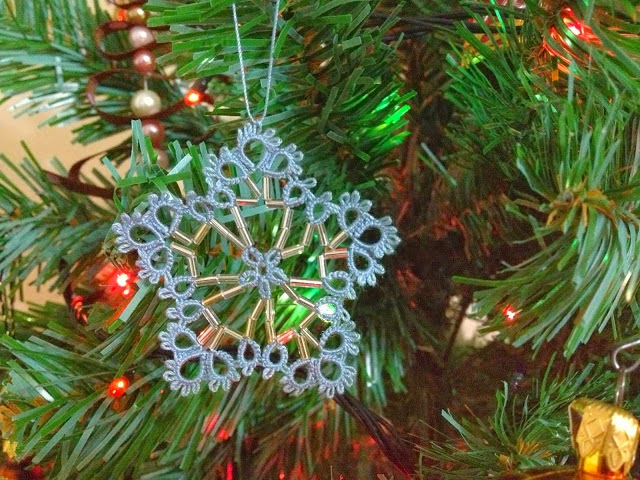 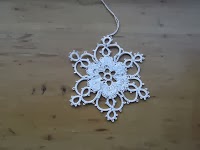 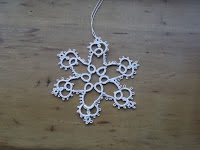 Marie made another pair of owl earrings but gave them darker eyes.  Sally's new 11.12.13 Snowflake was tatted in variegated thread with a modified stitch count to accommodate the change in thread and bead size. 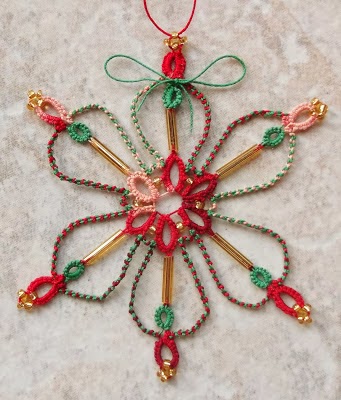