Muskaan discovered interlocking rings and had to give them a try. Using several online instructions she started with Karen's single shuttle interlocking rings video and used Jon's instructions on how to get the last ring to overlap properly. Then she tried Frivole’s Rose & Crown motif. She used Anchor size 20 Cadmium Orange 4054-0307 shade for her first attempt but the centre seemed tight so she gave it another try. Anchor size 20 Purple 4054-0101 was used for the next one which worked out much better when she left a tiny length of about 1 mm before starting the next ring. Then she found another tutorial by Kathy and using Anchor size 20 Maroon 022 it worth out even better. So she started another on in Royal Blue 4054-0133. 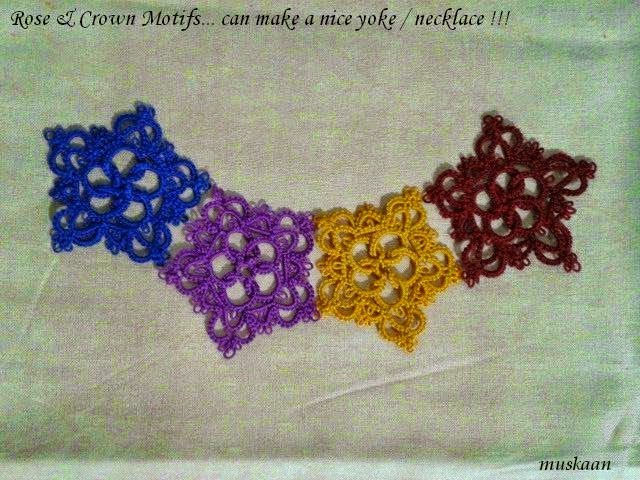 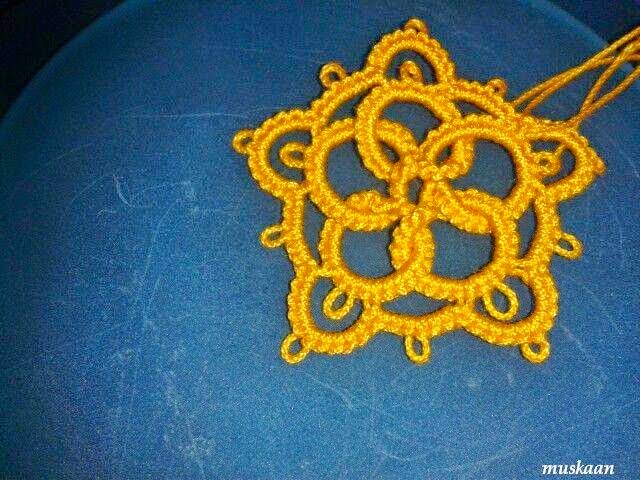 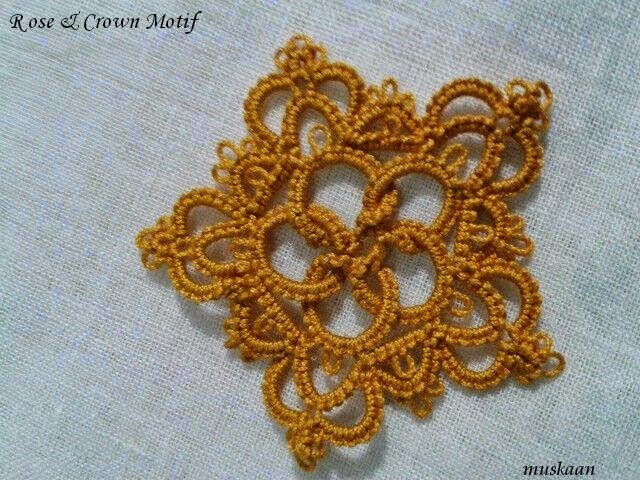 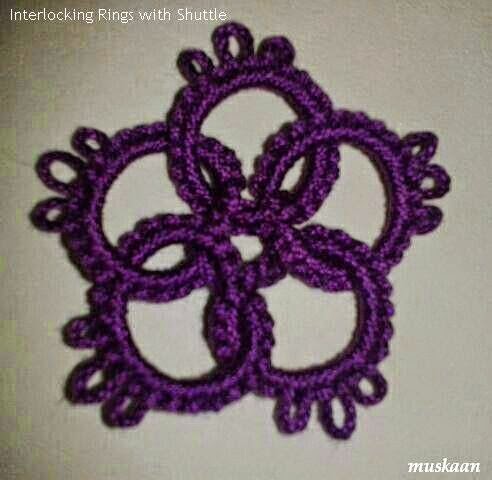 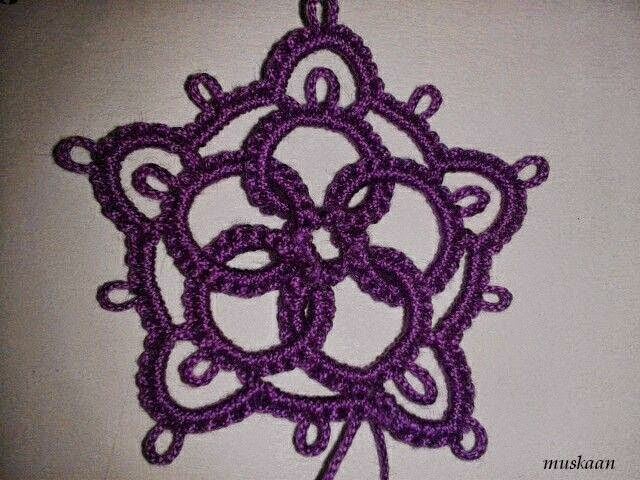 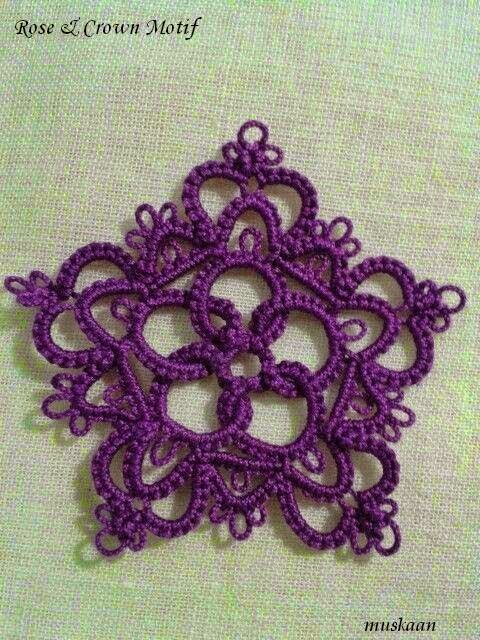 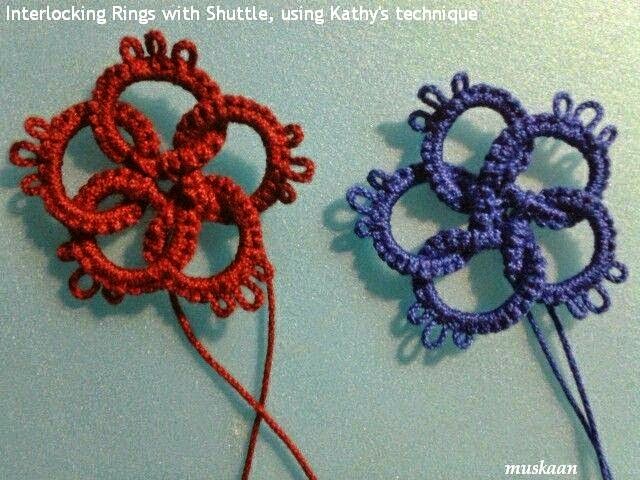 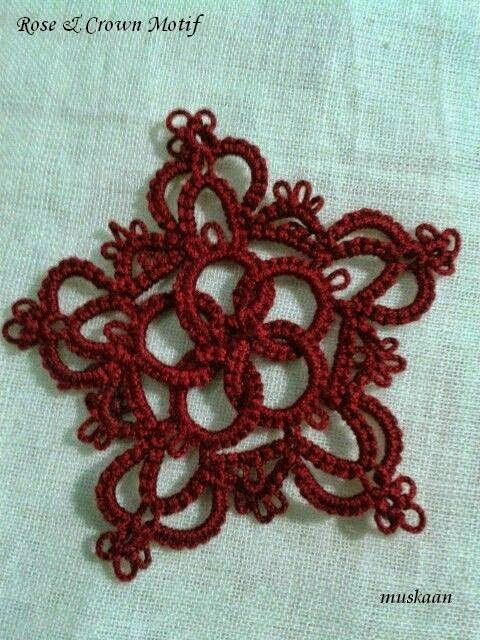 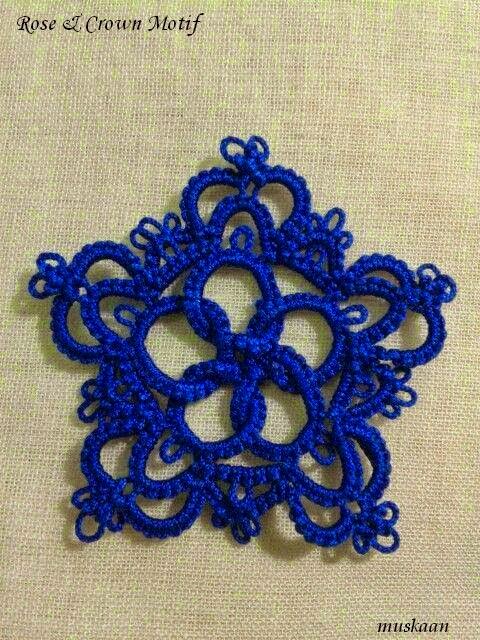 Batty Tatter finished Renulek's Spring doily, which is 19 inches across made with size 30 DMC. The last row is fun but takes some concentration. 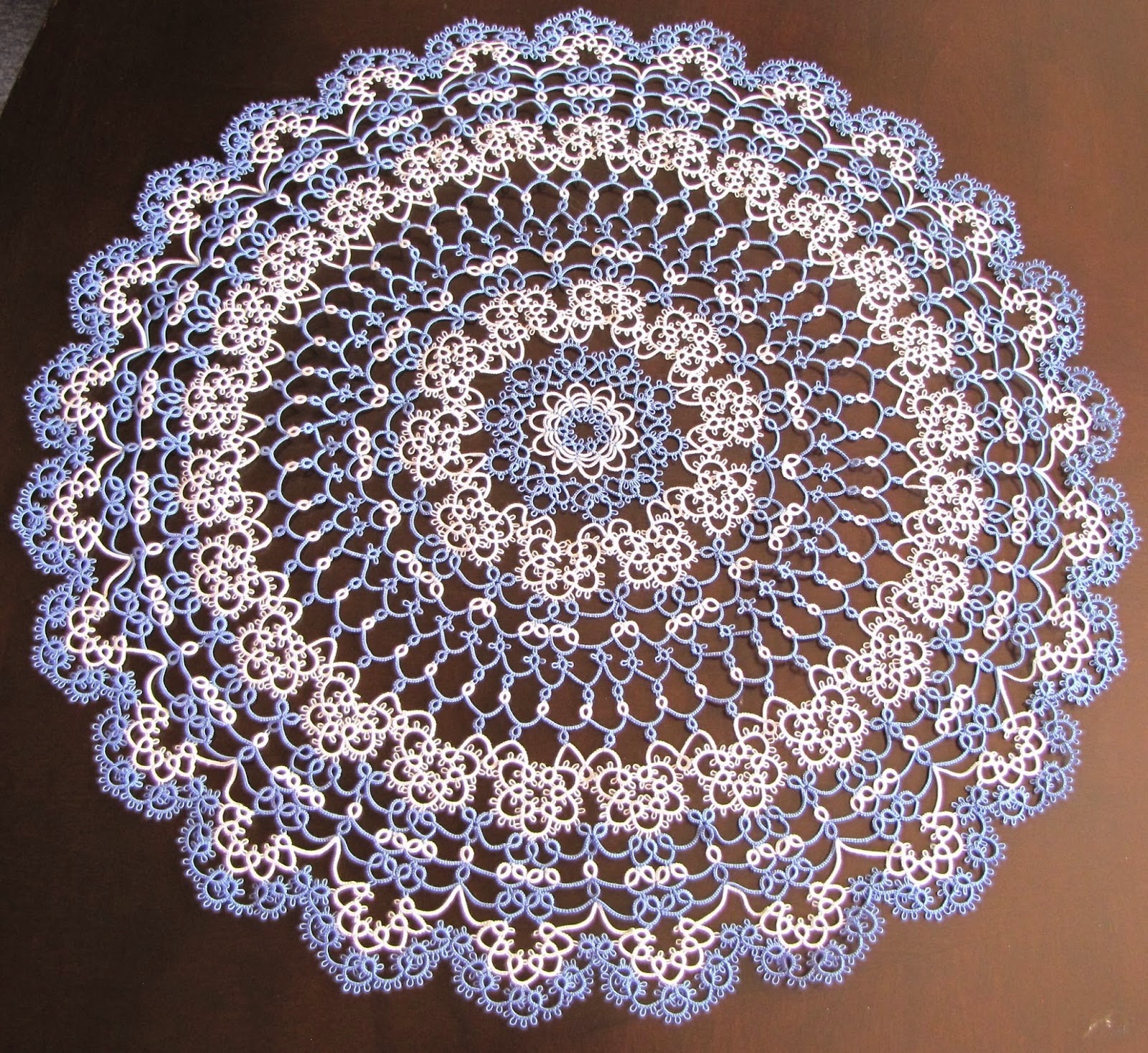 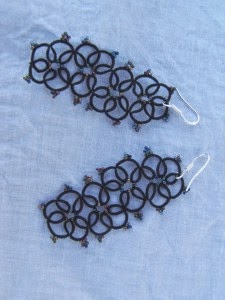 mb duke remembers Memorial day with this representation of an American flag. 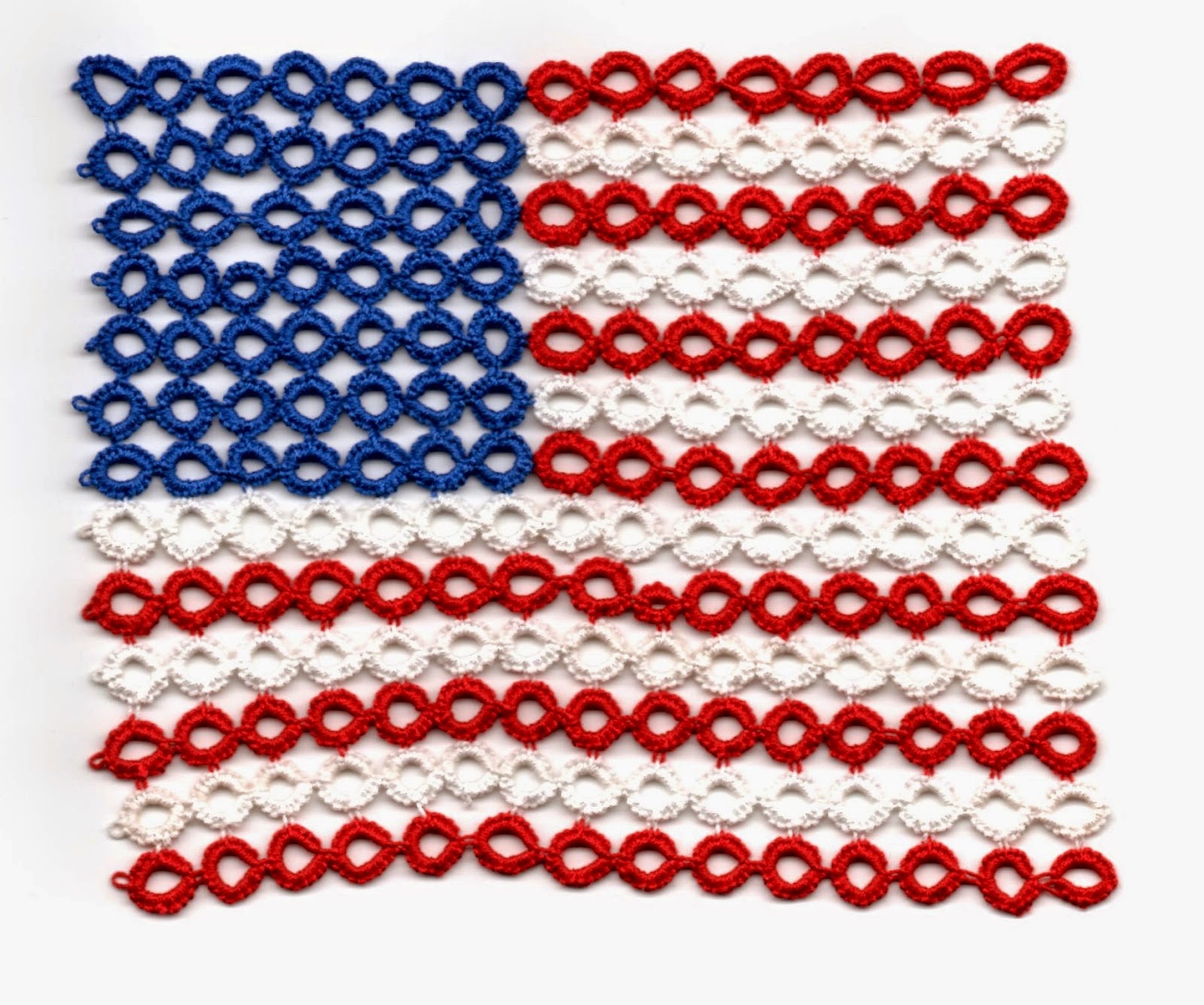 Lelia is participating in the Online Tatting Class group project to tat and share 40 patterns of Nellie Hall Youngburg, which she began with Lizbeth size 20, color 164. She had some more thread and  beads on a shuttle and made Grace Tan's Three Little Hearts. 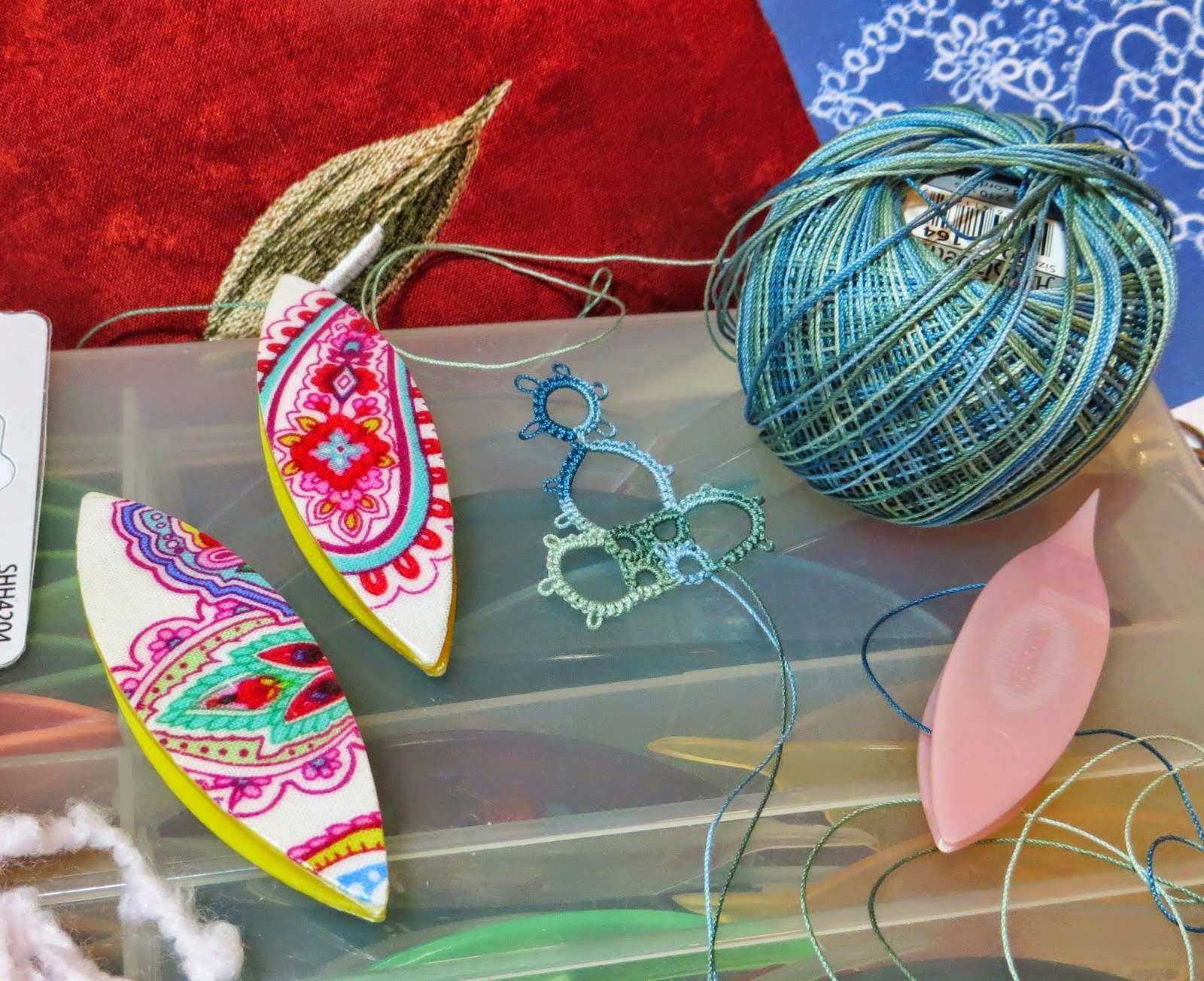 
Diane gathered with the Tollway Tatters for another good time, the highlight of which was meeting a police officer who expressed interest in tatting and went off with shuttles and thread and a business card. So far Diane has manage to get about half way around this row of Renulek's Letnia and she's really enjoying it. She has found that one of the side benefits of teaching her students to tat, is that they are occupied while she is doing organizing shelves in the library. 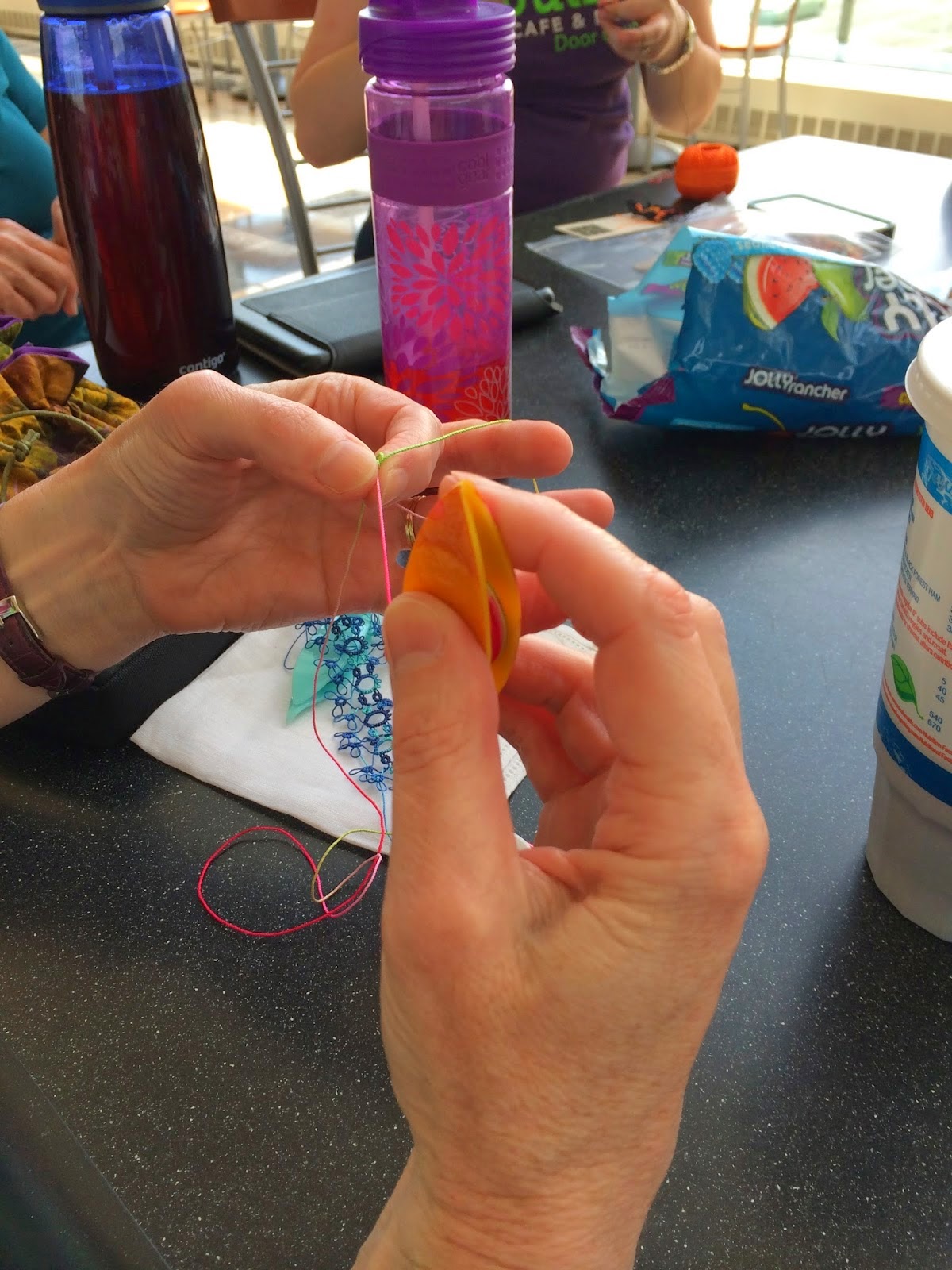 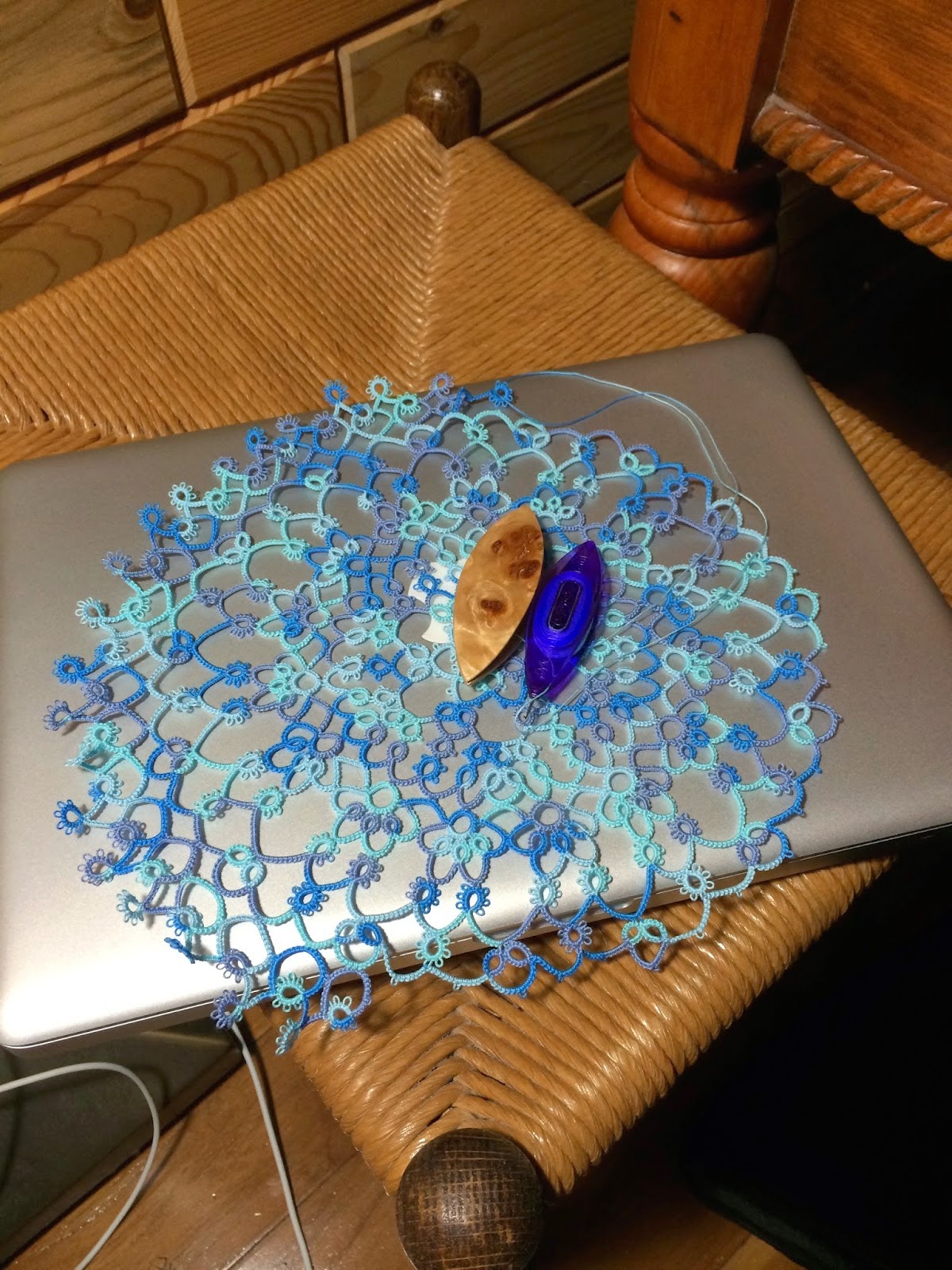 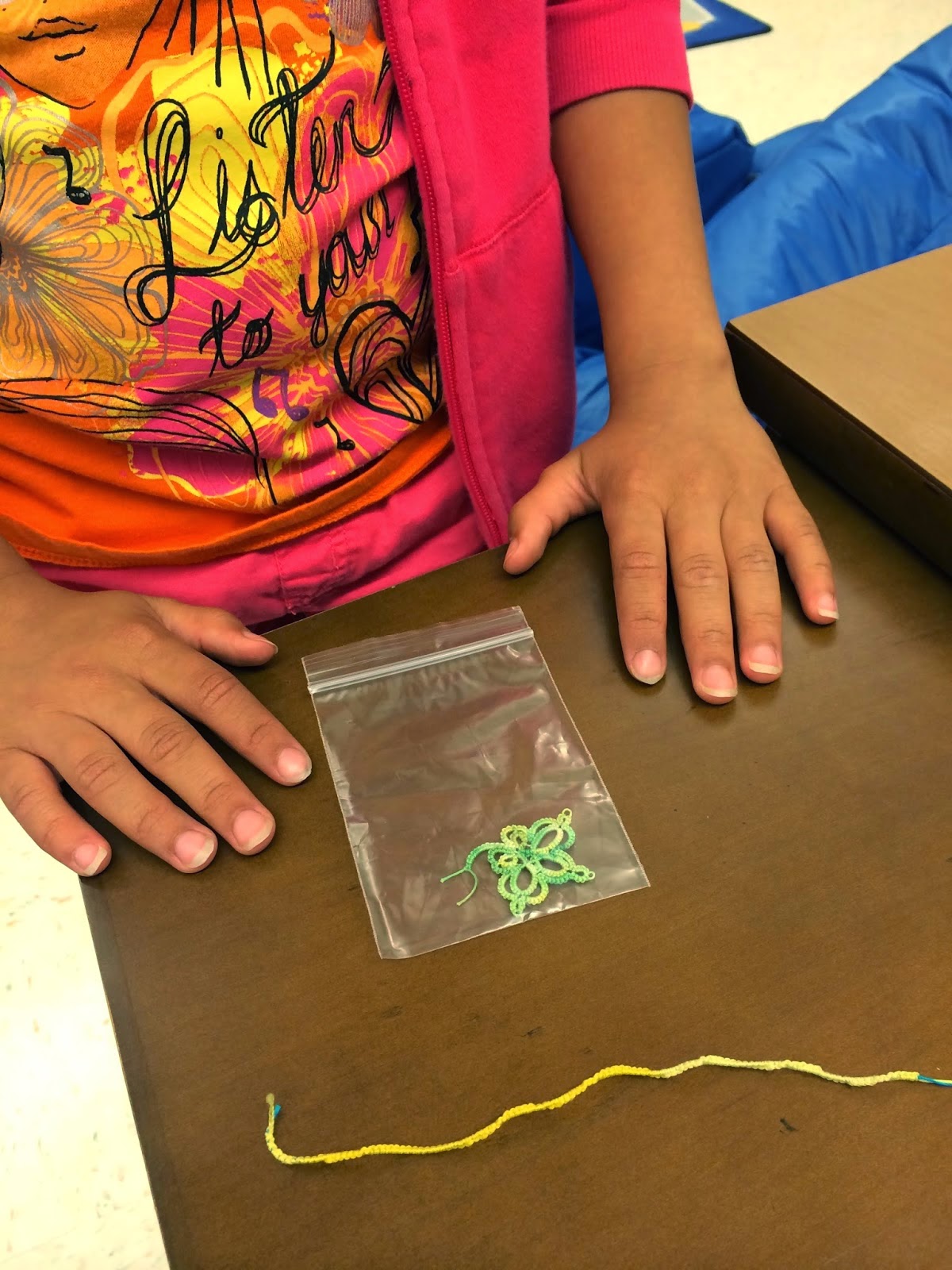 Fox struggled with this Burda doily and had to cut off the last row, which is the penultimate row in the pattern, because it was too tight and cramped, possible because she used size 80 thread instead of the larger thread used in the pattern. She attached the centre bit, weaving it with gold thread to the outer piece as she messed up the picot count throughout the joining row. This border is designed by Robin Perfetti and is a nice relaxing tat for a change. It's half way there now. 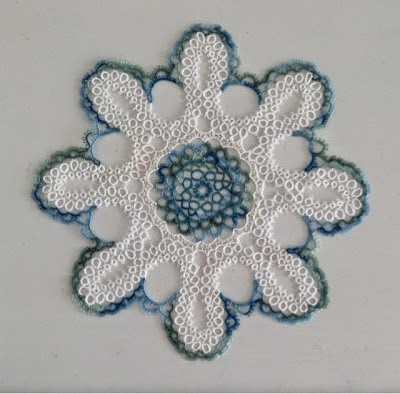 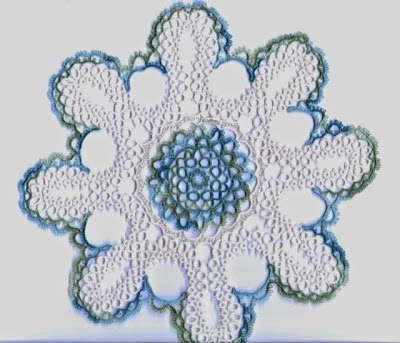 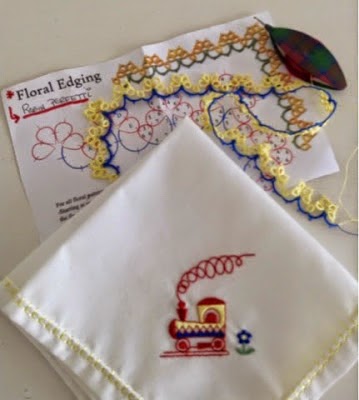 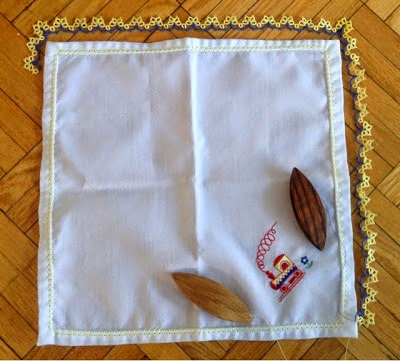 Marie participated in a tatting implement exchange and received these goodies from Joyce, a beautiful butterfly and thread in Lizbeth, 20, Spring Garden; scissor fob, and a shuttle decorated with fabric. Her mom came for a visit and selected this pendant which she wanted on a chain so Marie crafted one for her.

I just want to thank you, Sharon for your lucid & concise synopsis of our posts. You bring together a wide range of tatting creativity under one 'roof'. I am getting more & more hooked to this blog :-)
Keep up the good work