Michelle started the Red Hat by Gina, but at this stage it looks more like the helmet worn by Darth Vader. That all changed when she began the brim. The finished hat in all it's glory, was done in Lizbeth size 20 thread and size #7-0 fine needle. The heart designed by Nancy Tracy is called the Clover Drop Heart and it's done in Flora size 10 thread on size #5-0 tatting needle.

mb duke has the flamingo for her son's teacher done and framed. Her work on Renulek's Spring Doily is progressing, but she noticed as she started round 11 that she had made a mistake on round 10. It's consistent though, and can be considered an artistic deviation and not an apparent mistake. 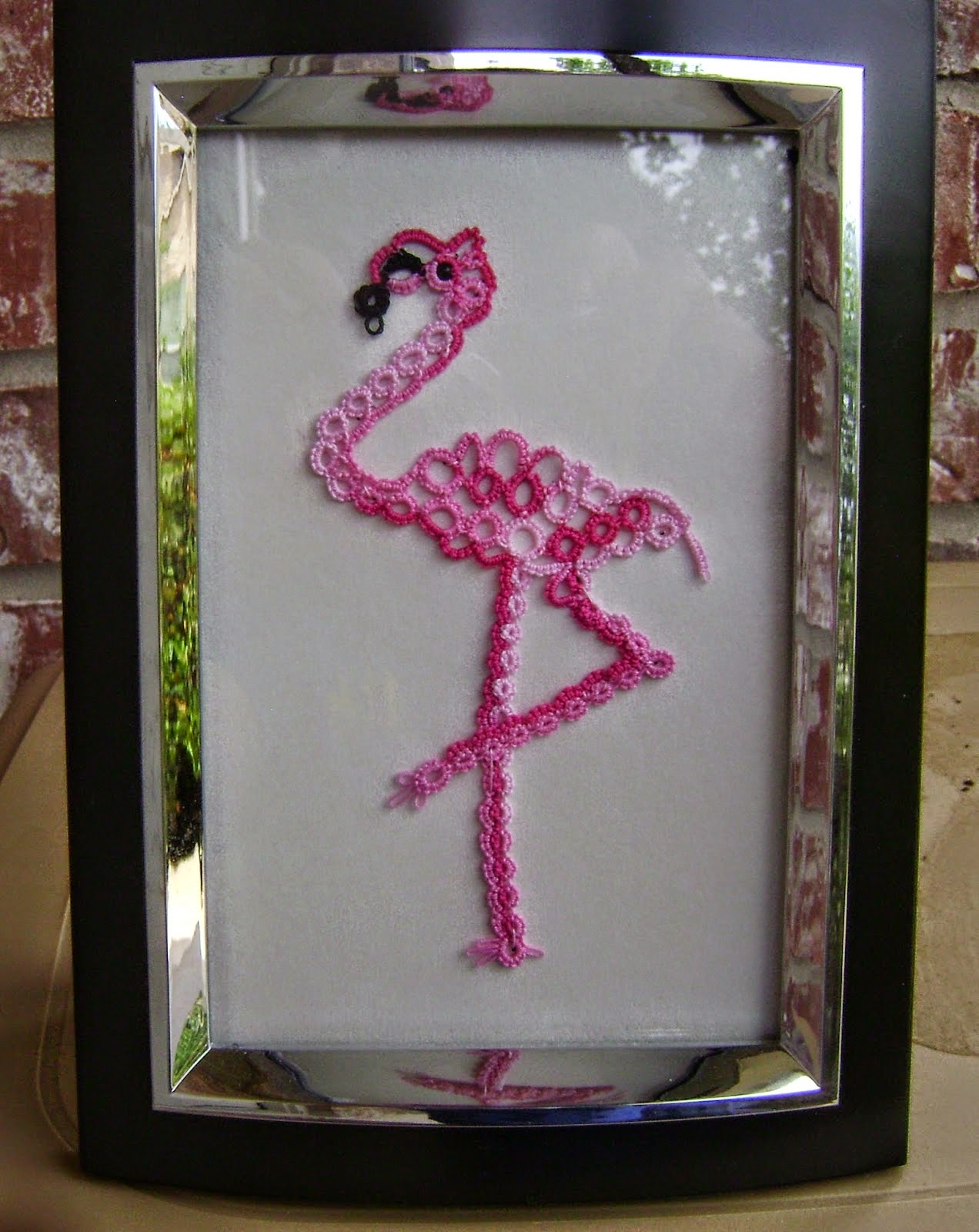 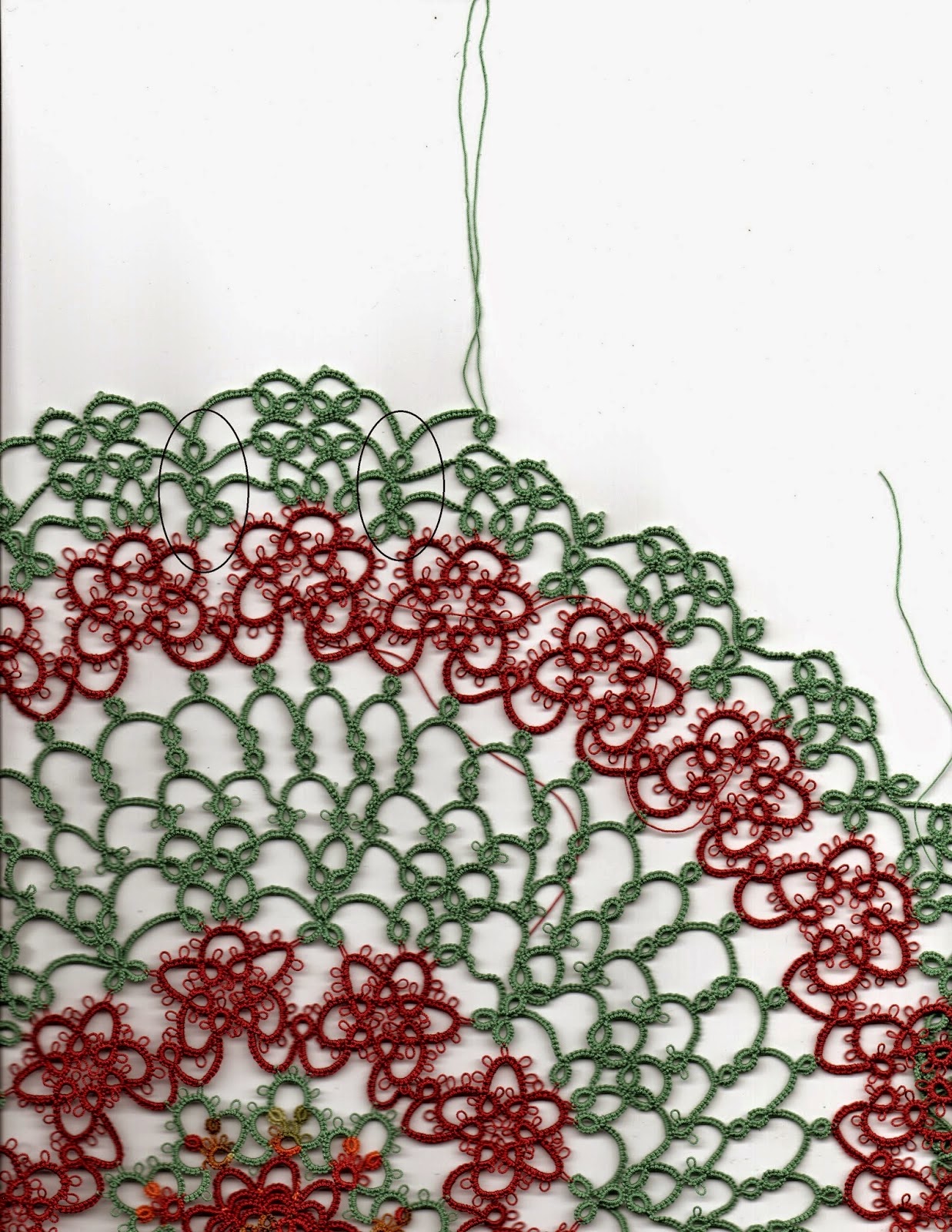 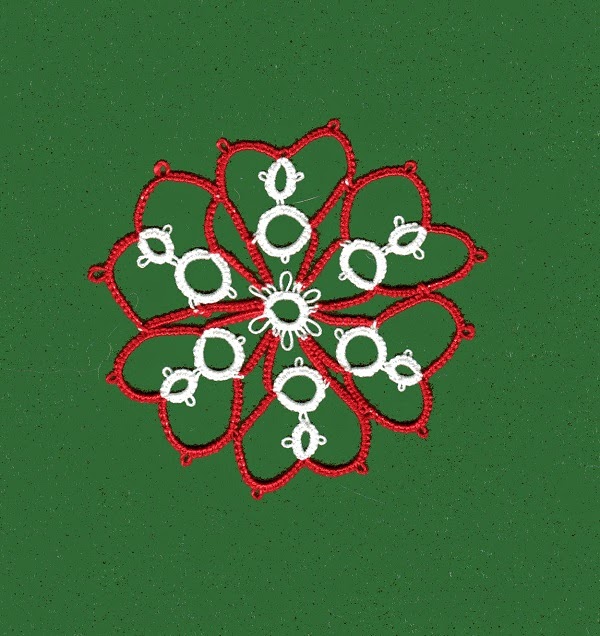 Diane managed to finish two more rounds of Renulek's Letnia. It's growing little by little. Diane's not the only one who has been tatting; her students having been working on their projects and slowly emptying her treasure tin, as they select prizes. Diane's thinking she may spend the summer re-filling the tin for next year. 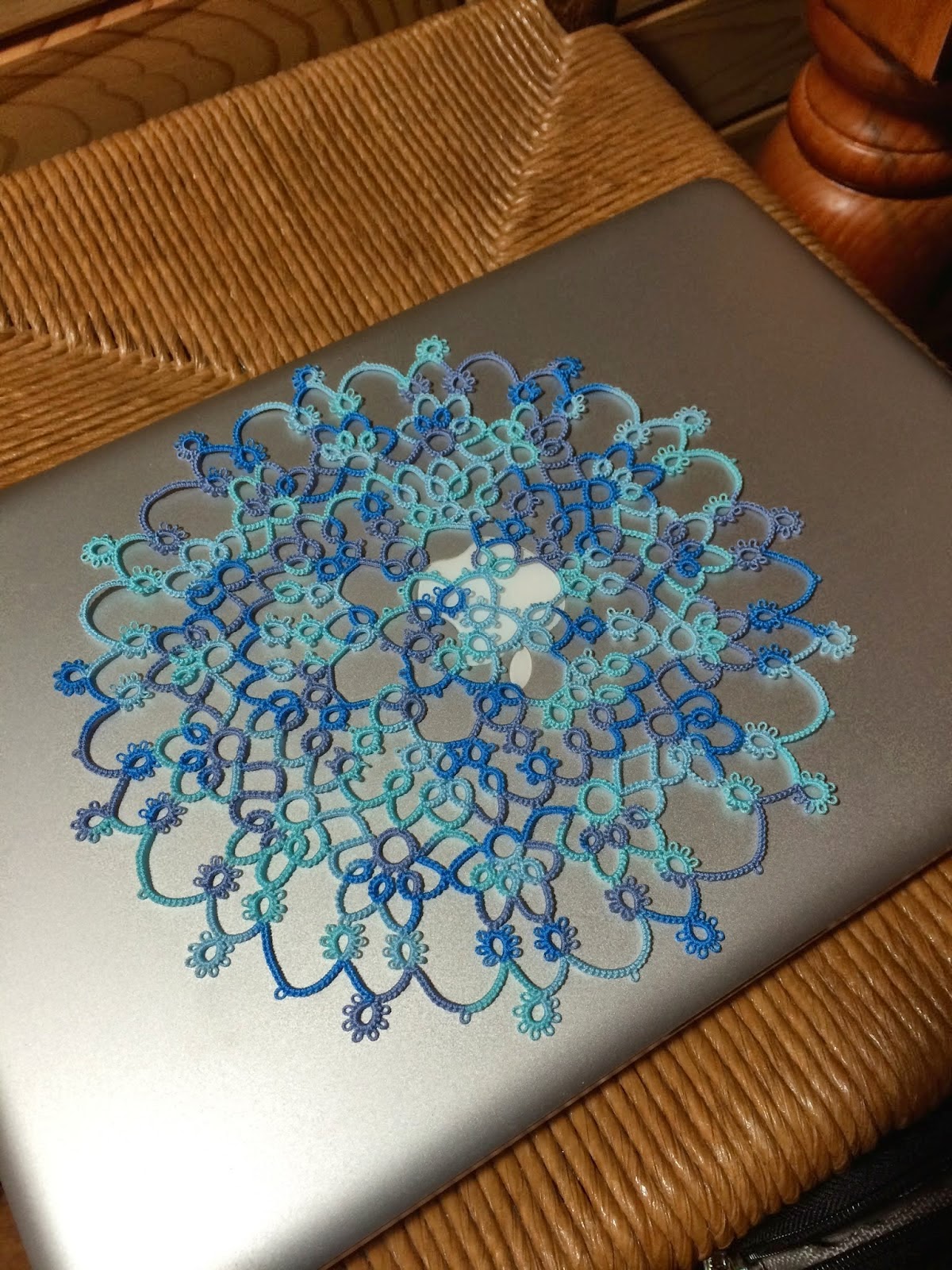 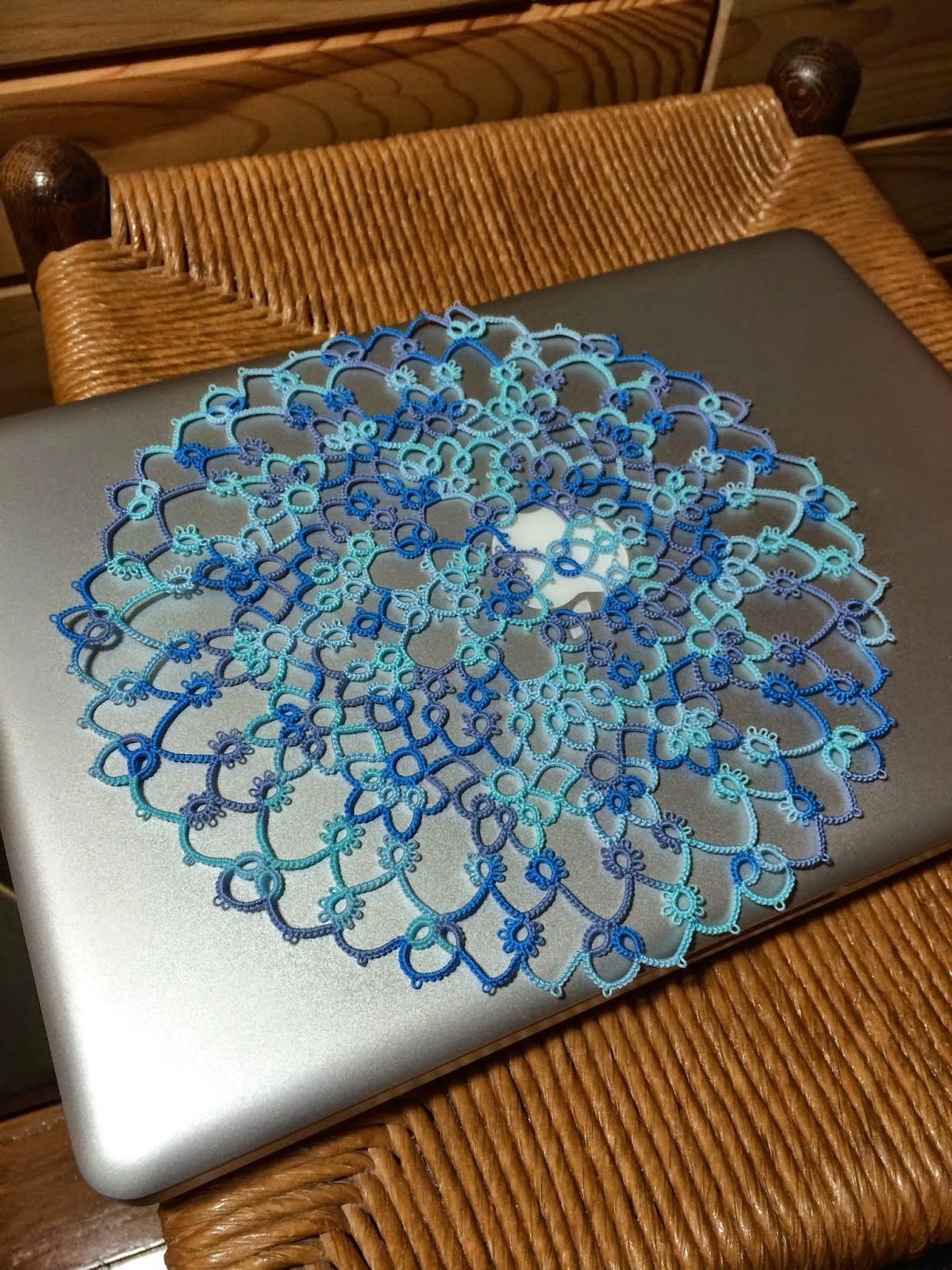 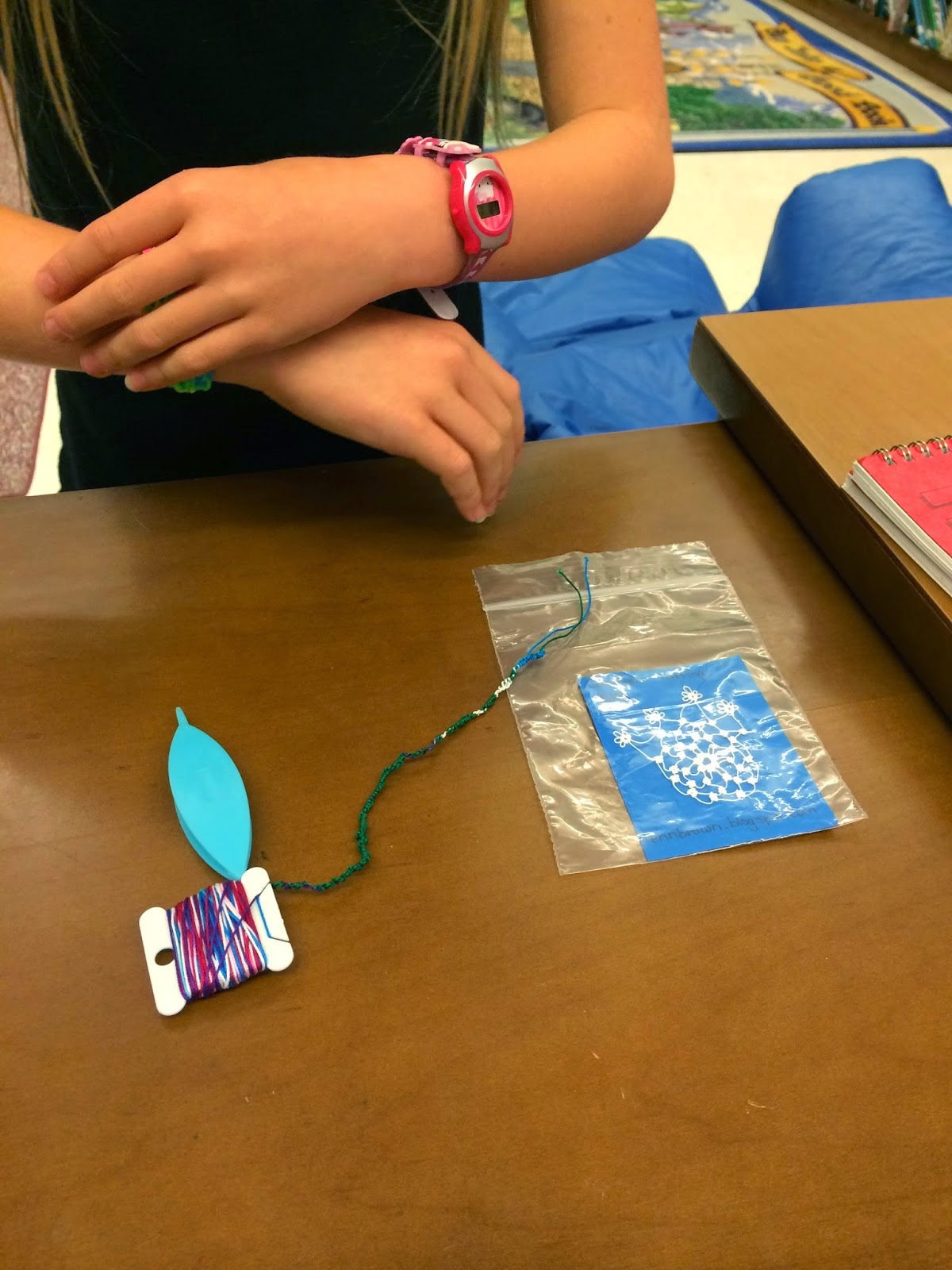 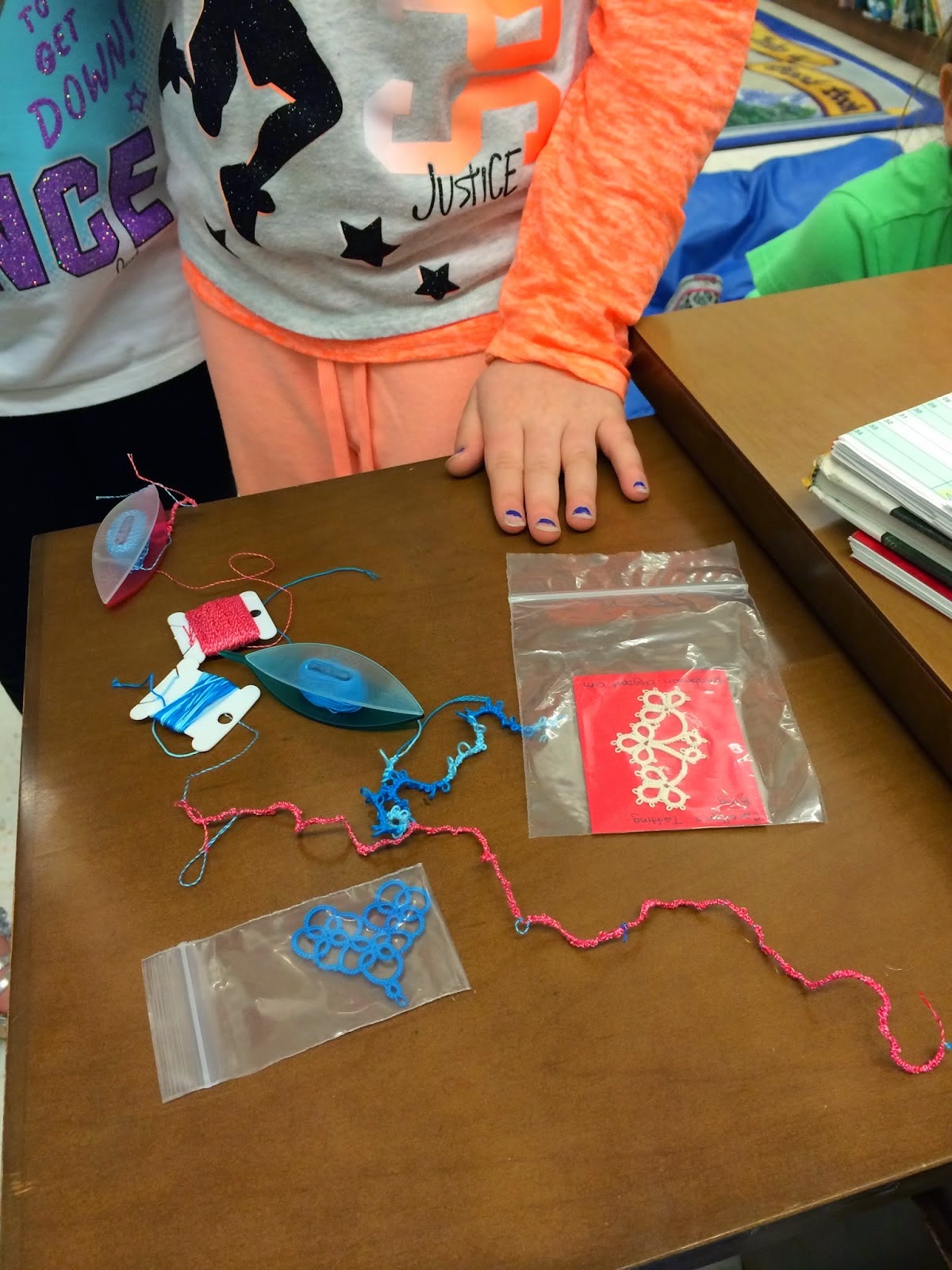 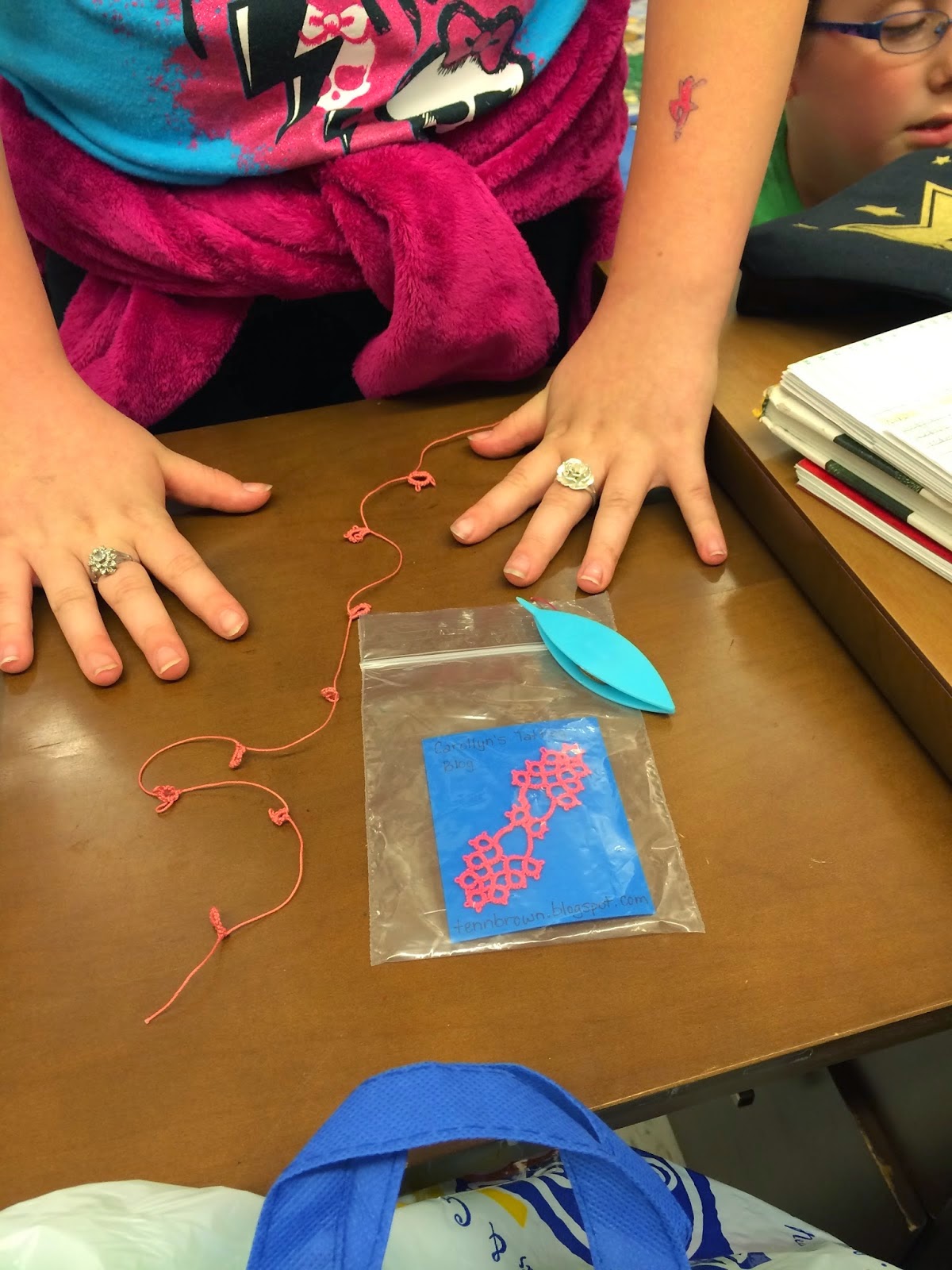 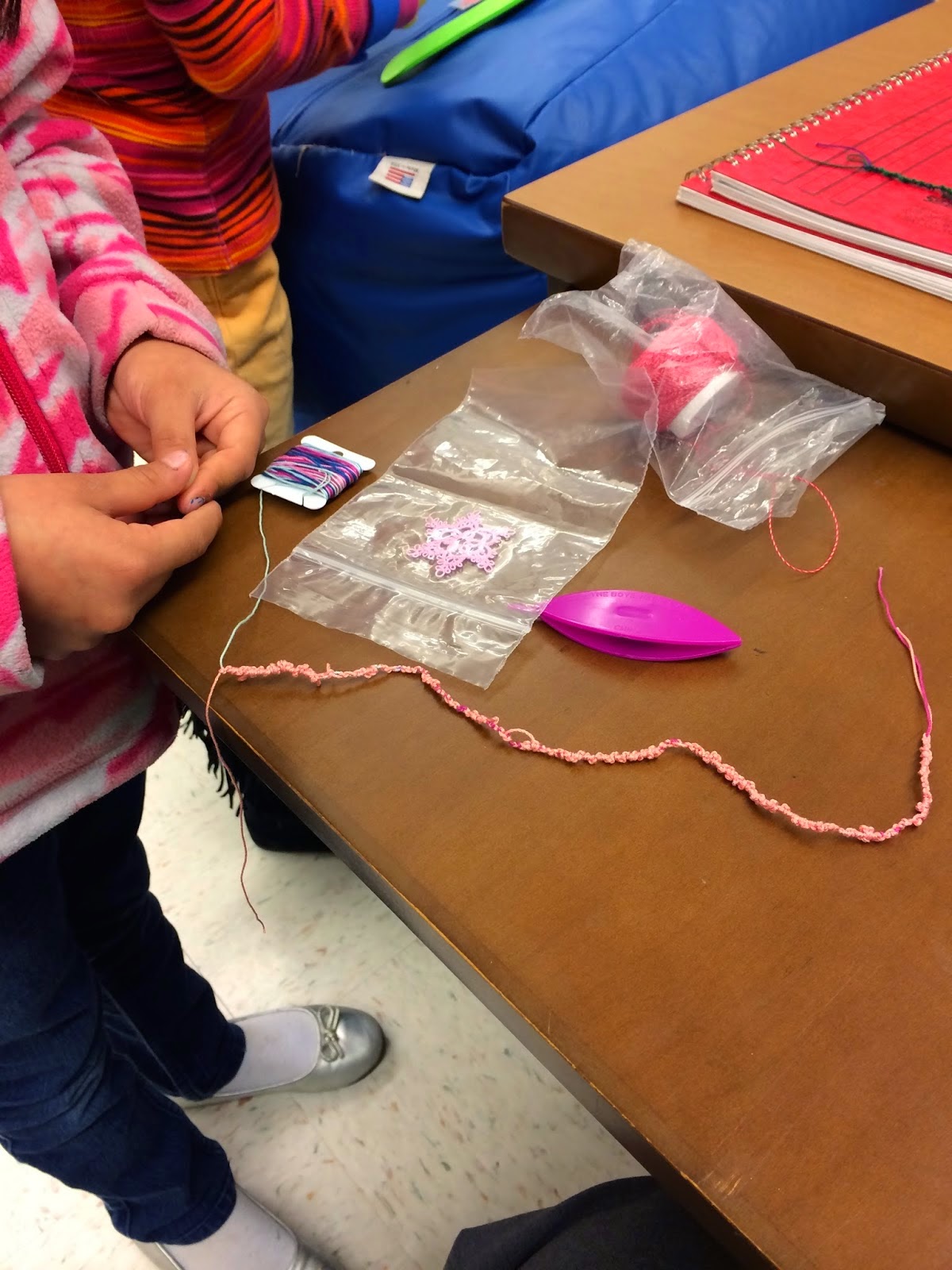 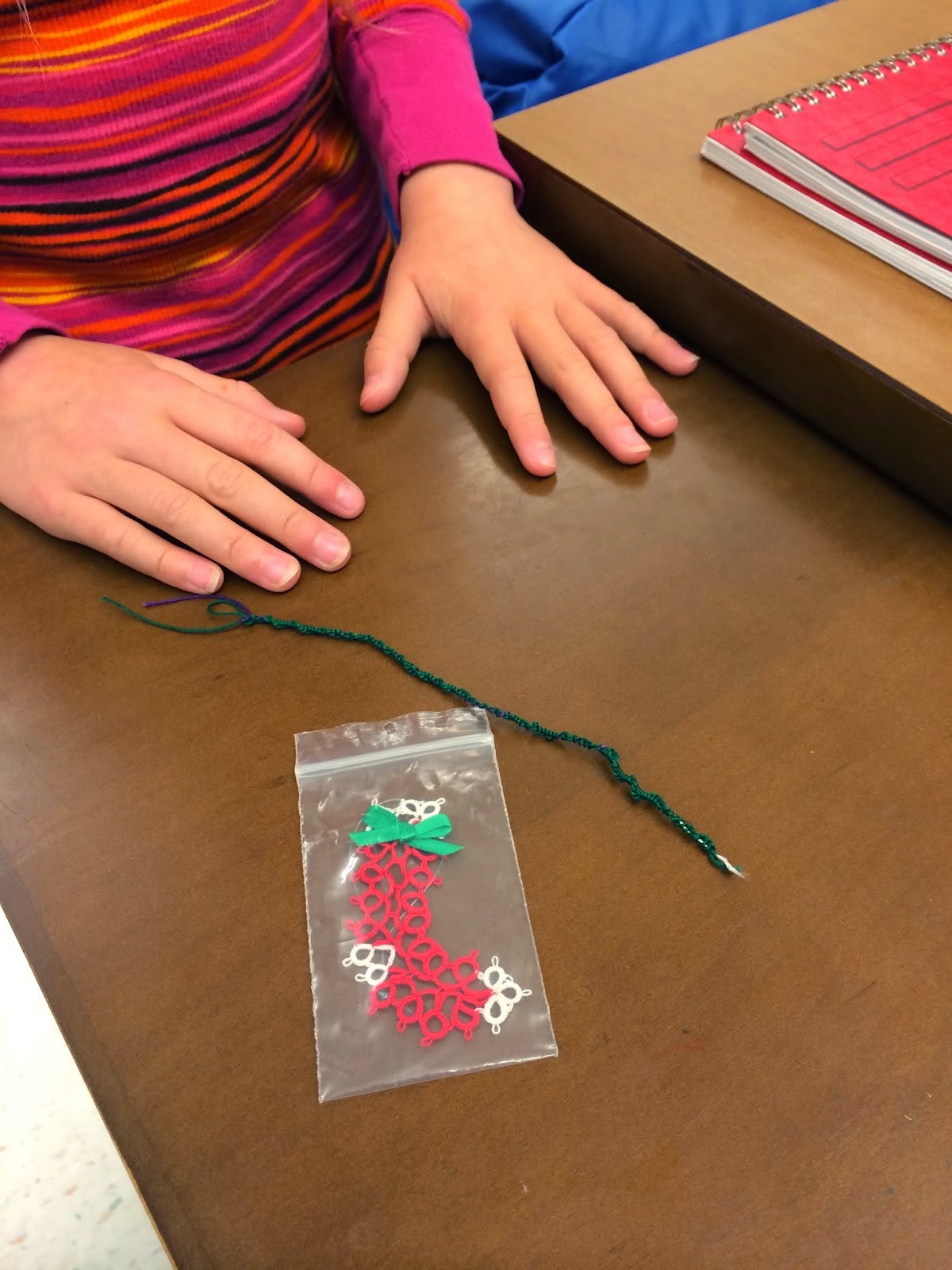 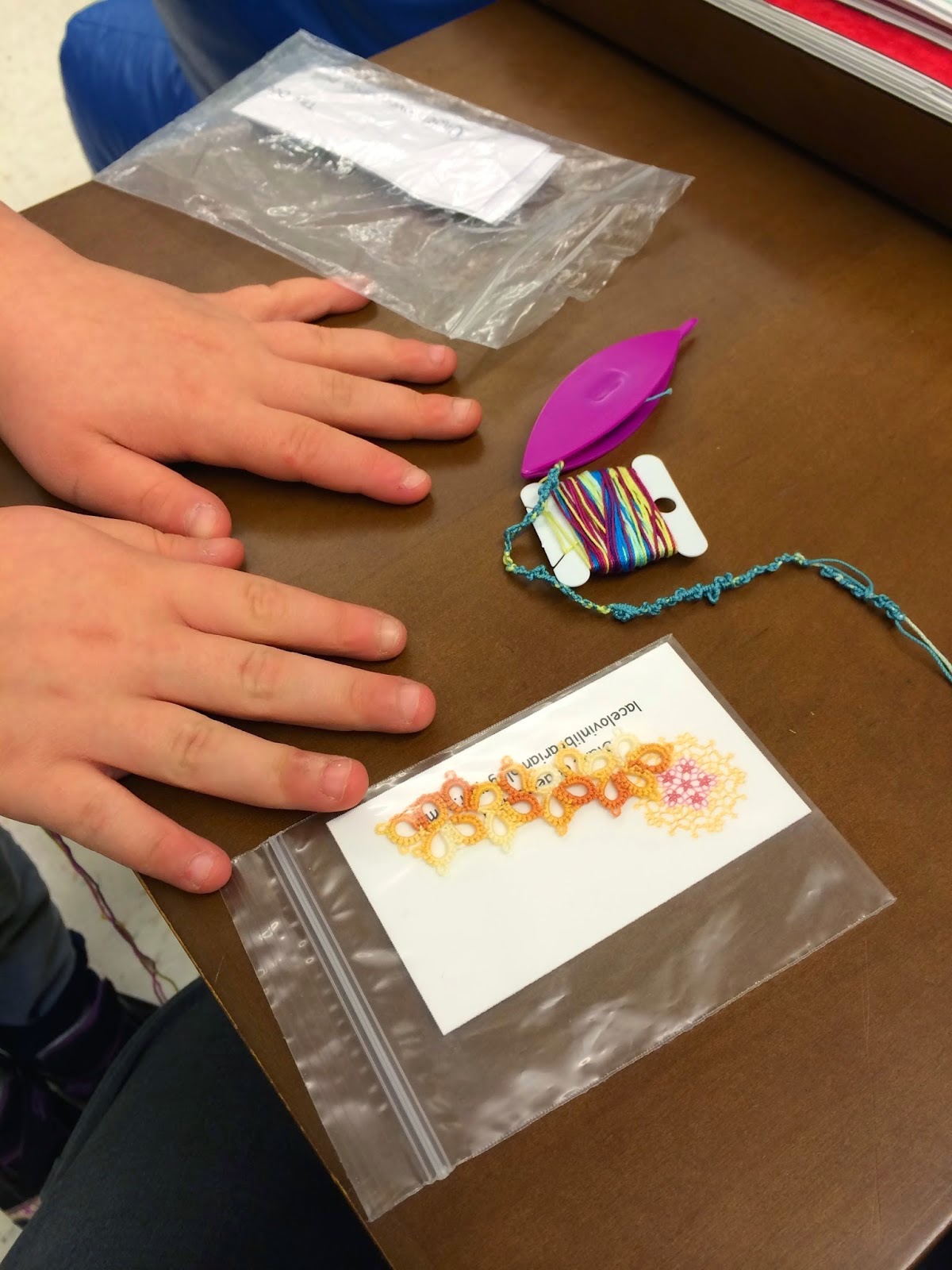 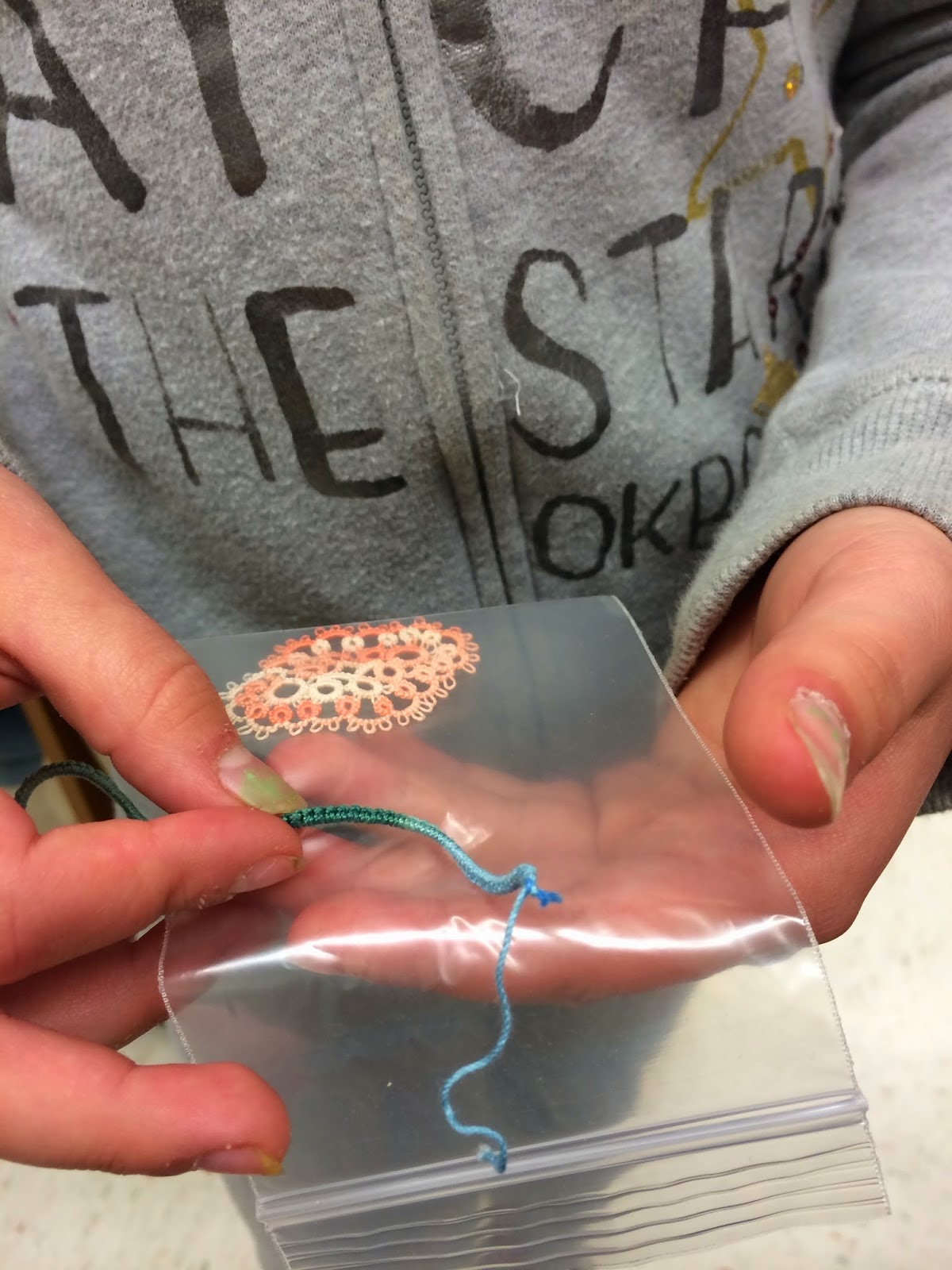 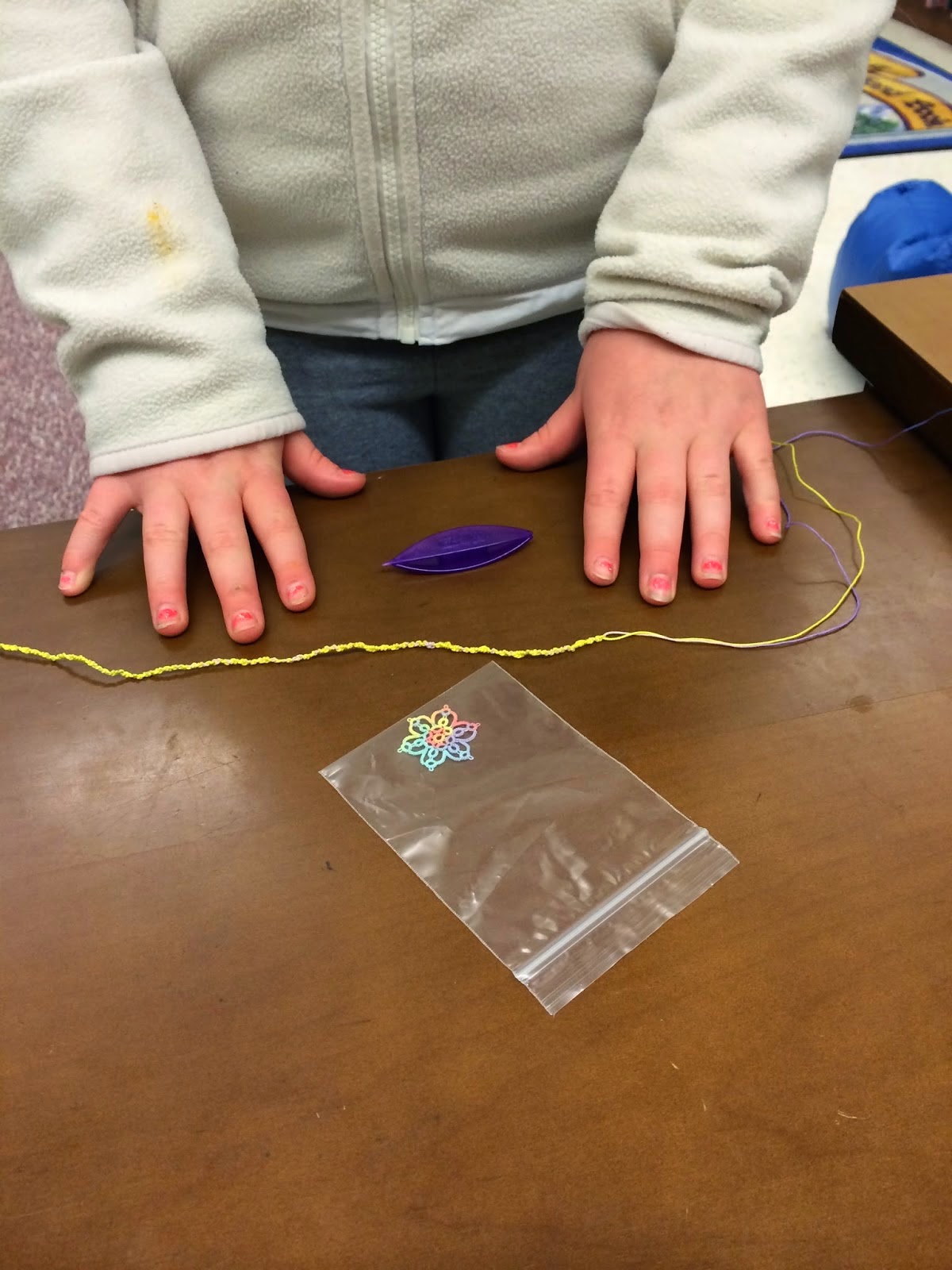 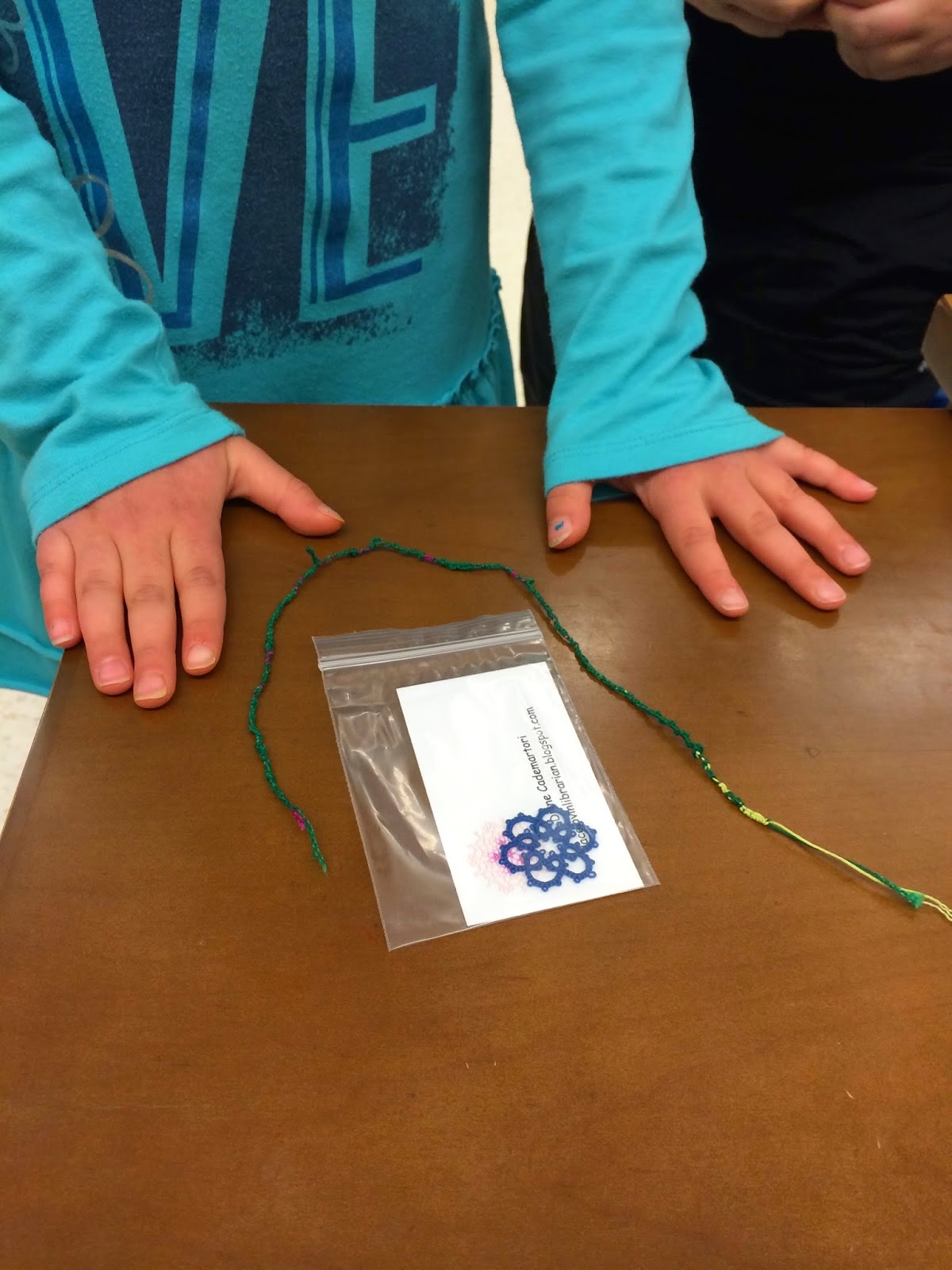 Fox has the outer round of the doily almost complete and ready to tat on. At the moment it's just laying there. 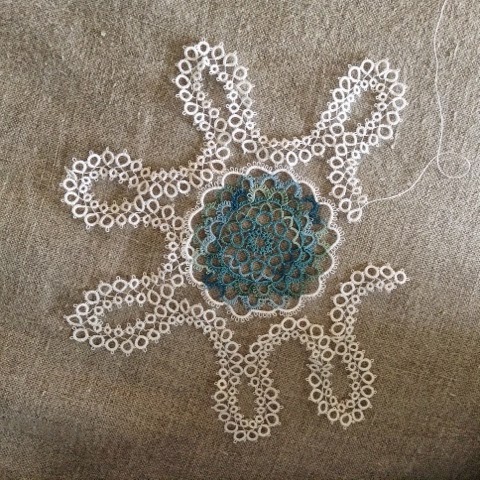 Marie used two strands of silver sewing thread and a blue cats-eye to make this pendant that's 1 3/8" in diameter. 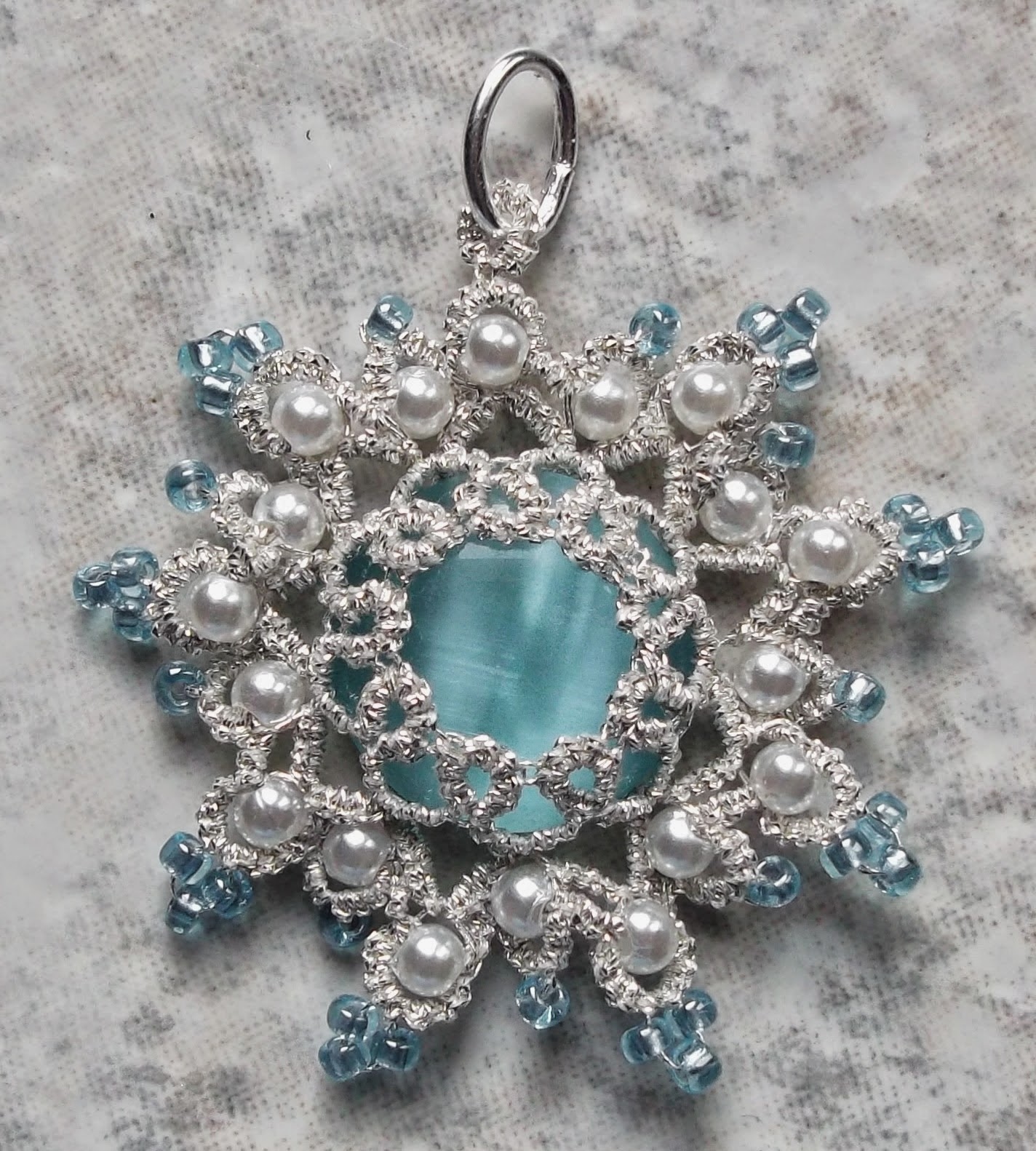