Ancolie hasn't had time to blog since earlier this year, but she has been tatting. Most recently she finished the Teddy Bear in Inga Madsen's Tatted Animals. 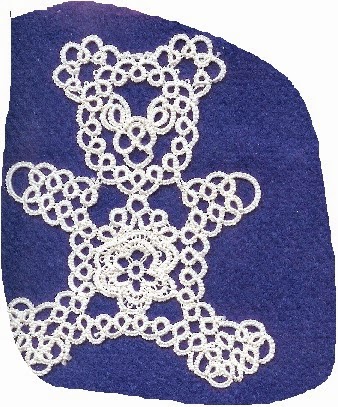 Fox has taken the plunge to tat the doily from a Burda magazine which has really weird construction. She has the centre done and is working on the loopy round that needs to be completed before doing the middle row that joins them together. She is nearly done row #7 on Renulek's Lato 2014. She has found a new thread that she thinks will work perfectly for a new project she has in mind. 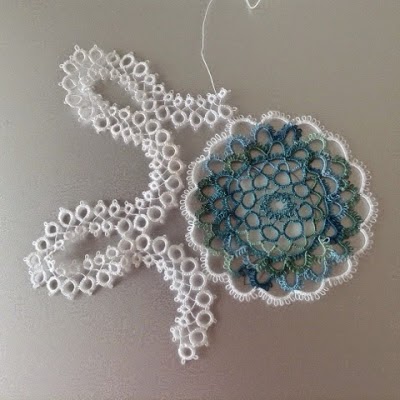 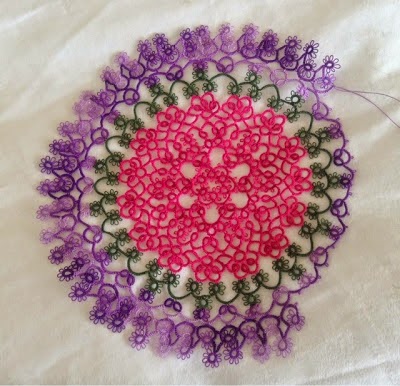 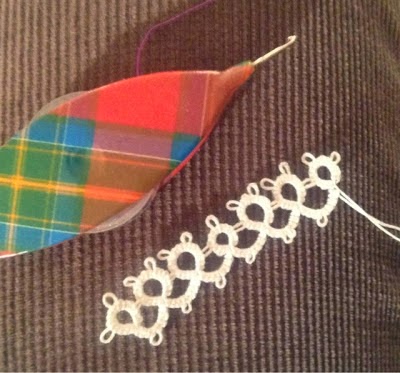 Kristen decided to go with beads in her spiderweb doily. She finally got to tat the Tatted Accent Doily she won in  OneMadTatter's 200 Facebook Likes Giveaway, which she did in size 30 Cebélia thread. This time she figured out how to tat over the starting threads so she doesn't  have to sew them in when she's done. As a break from doilies she tatted bells although she doesn't remember where the first pattern came from. The second is from the Annie's Attic book Heirloom Treasures in Tatting. Her favourite of the three is Reneluk's Bell. The bells were followed by a sweet little baby bootie done in pink and white that she tatted in perle 8 thread, but it's so tiny, it's hard to imagine it would fit any but the smallest infant. In preparation for the upcoming State Fair, she thought she would tat an edging, but the regulations stipulate that a doily edging has to be at least 2" wide and she's having trouble finding any that are suitable. 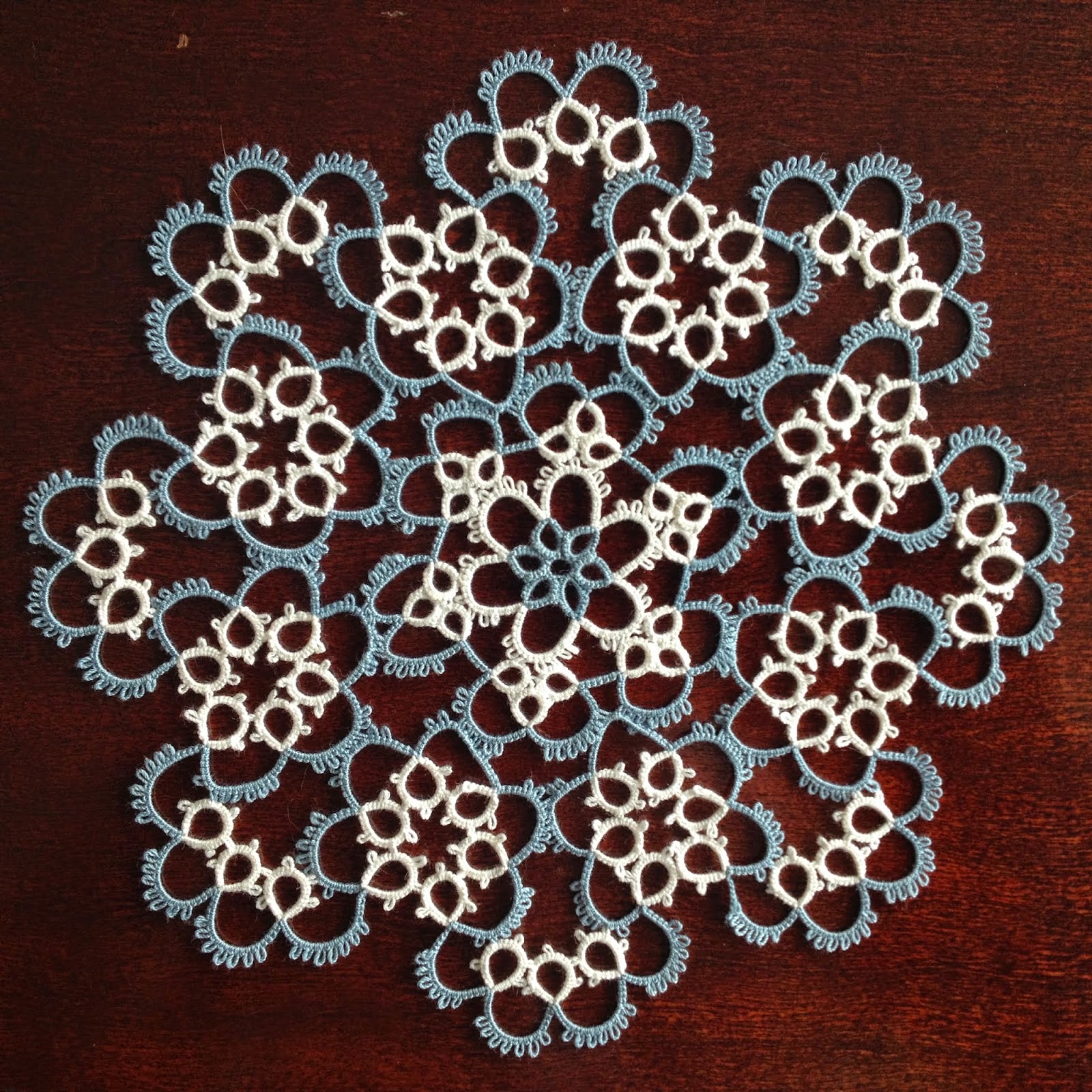 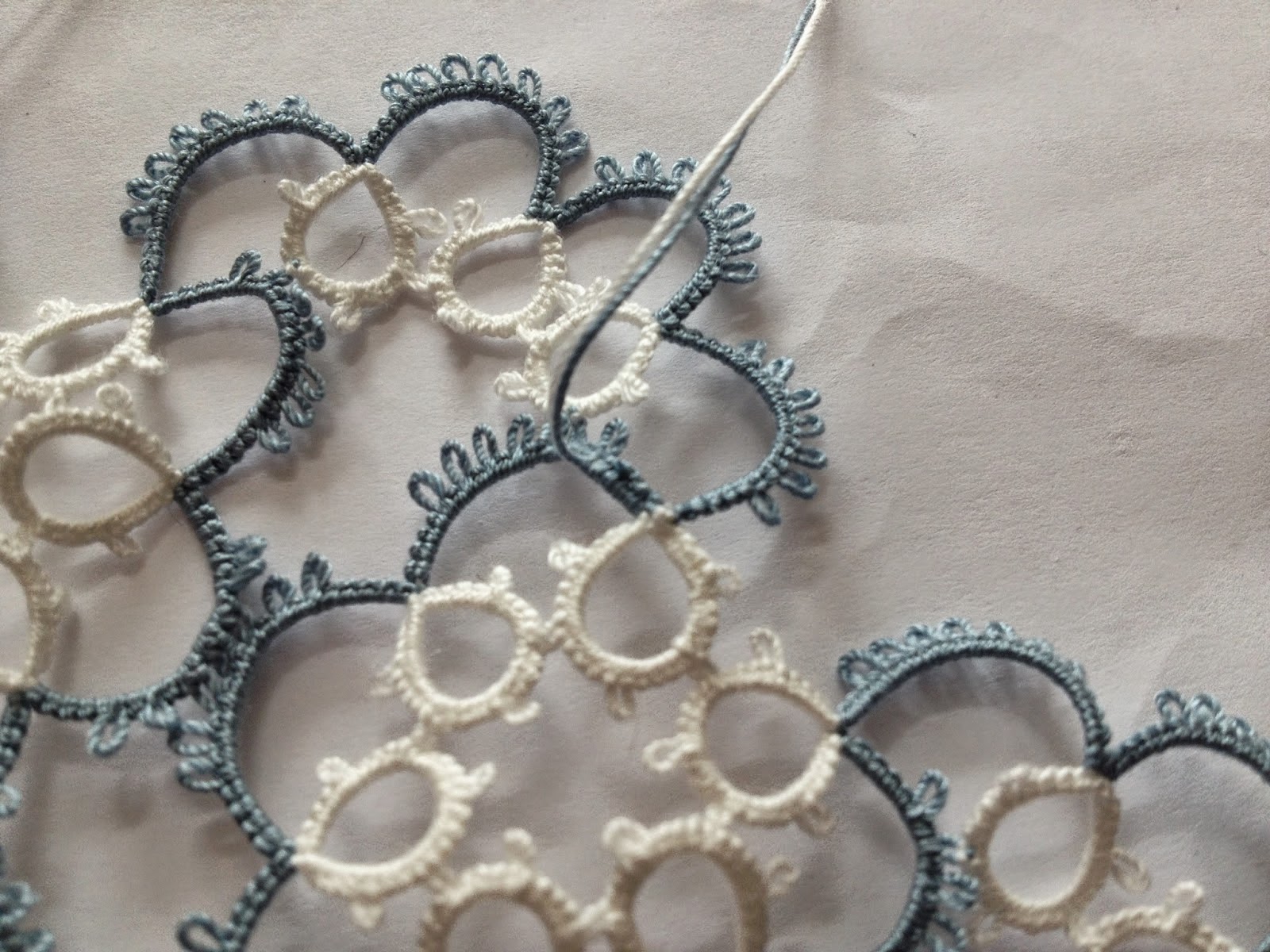 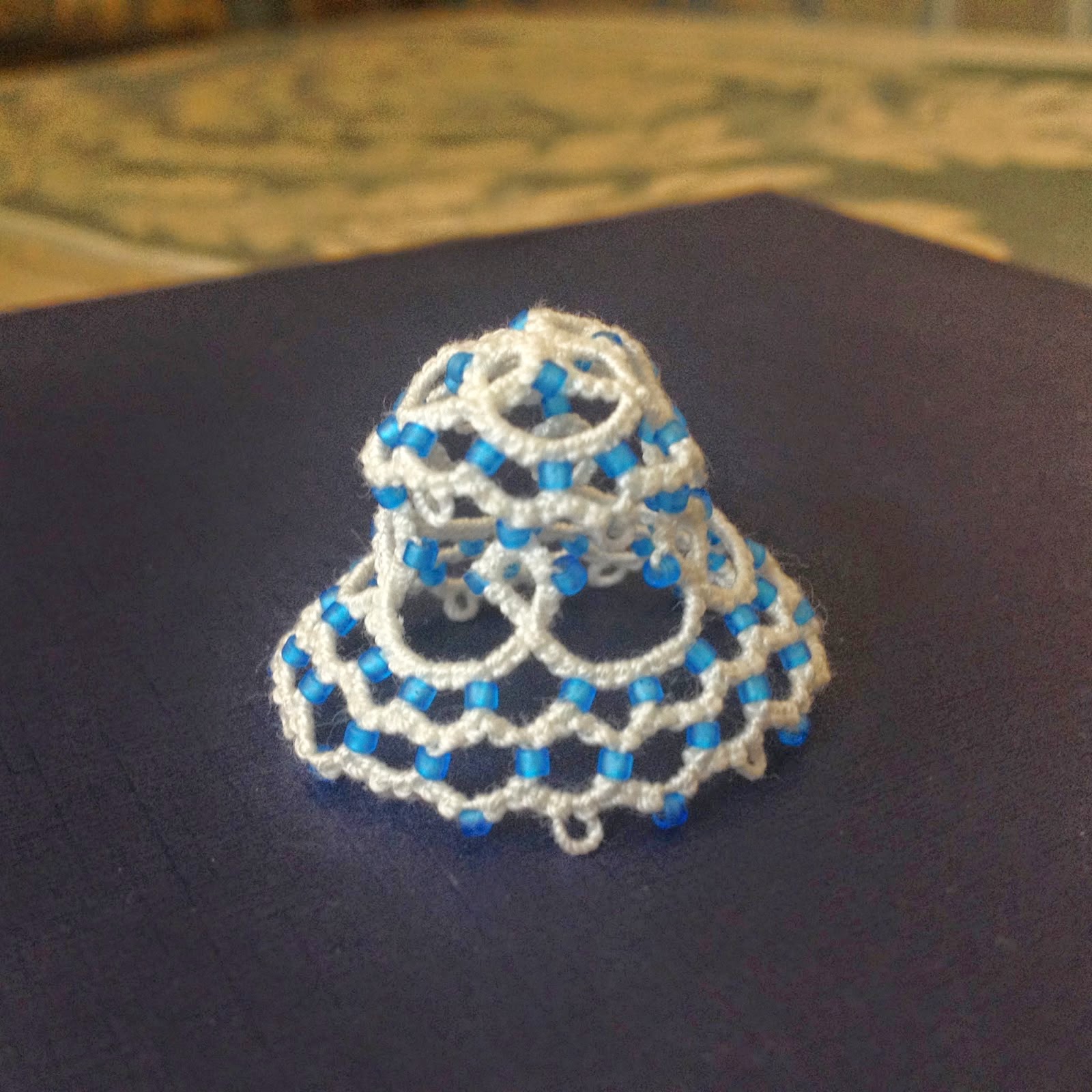 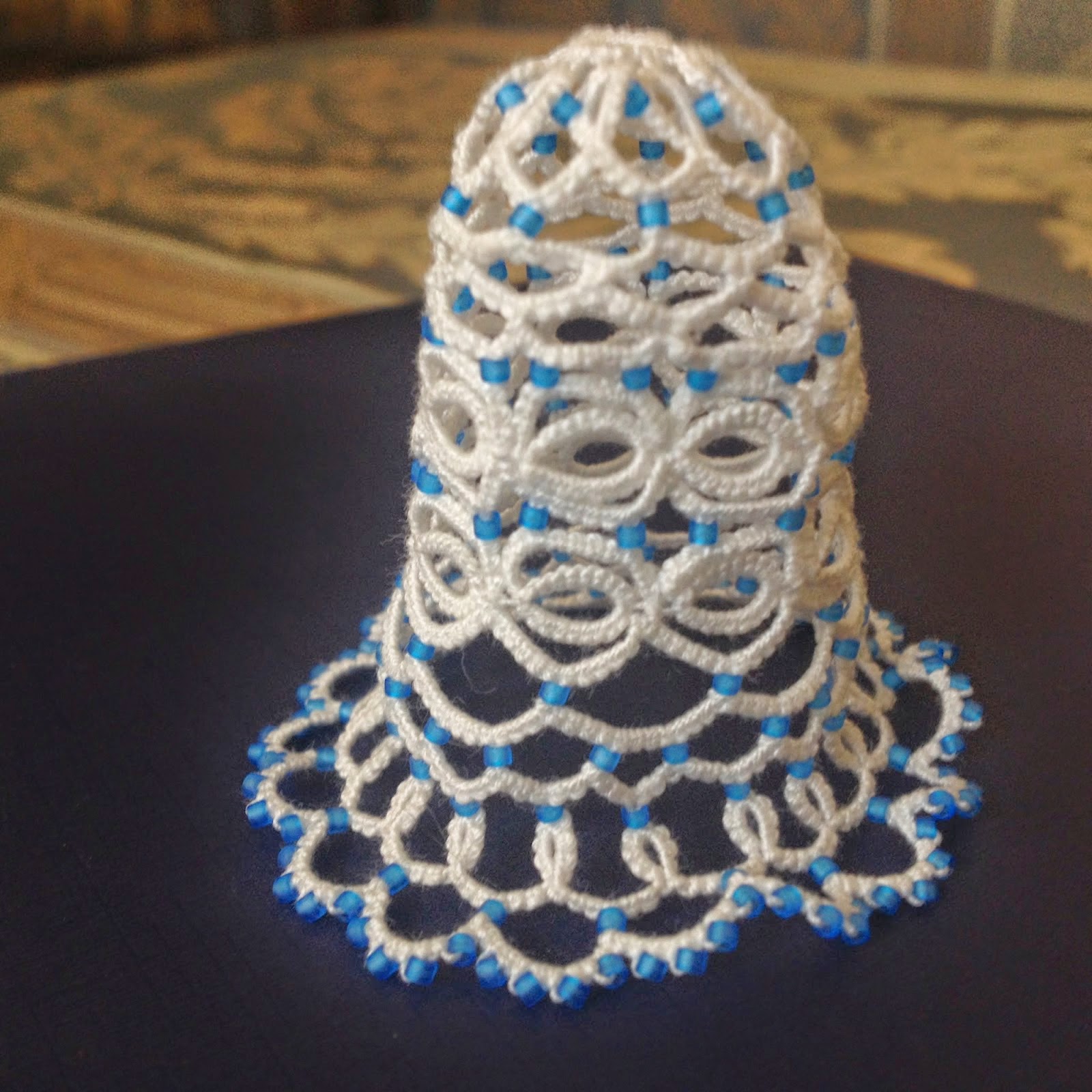 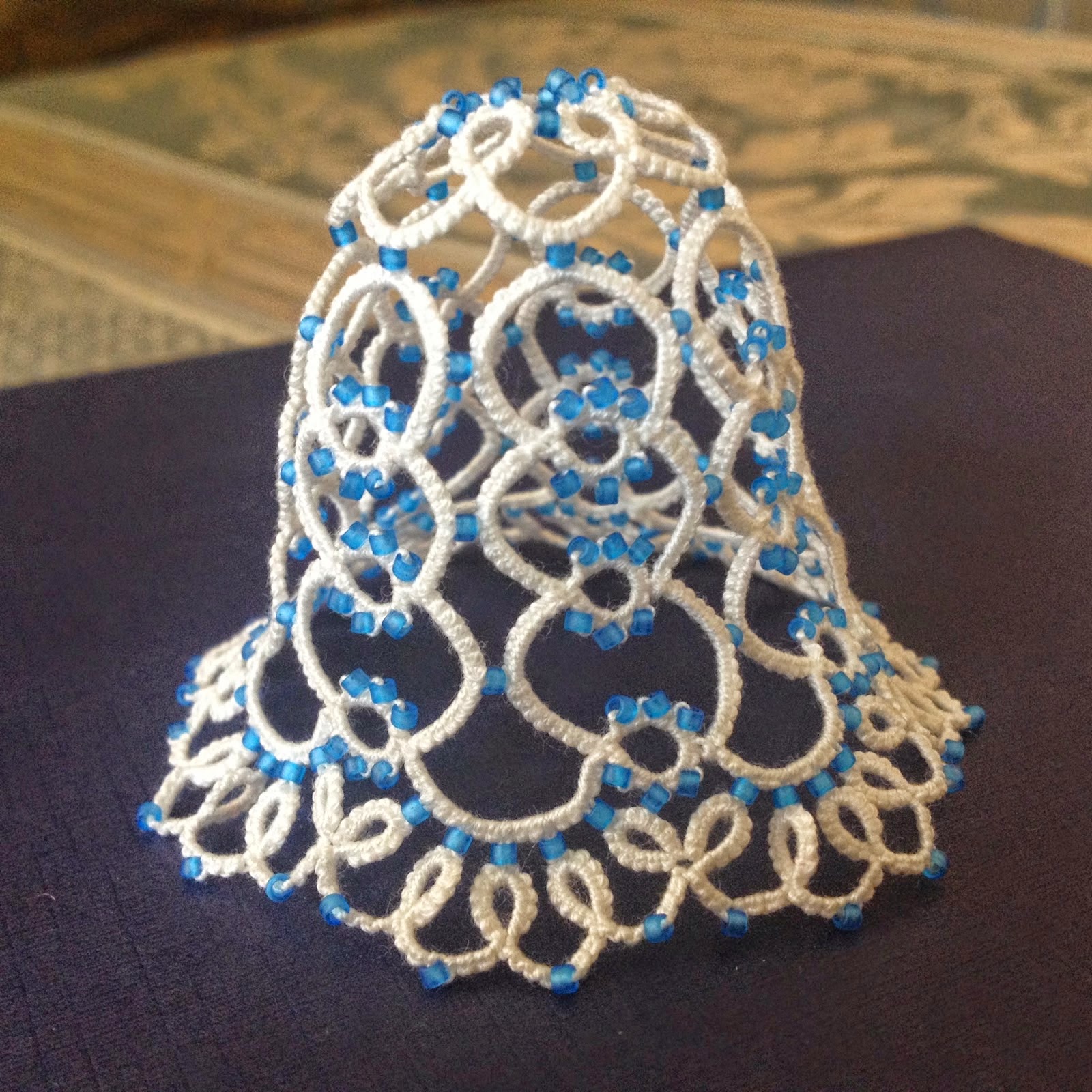 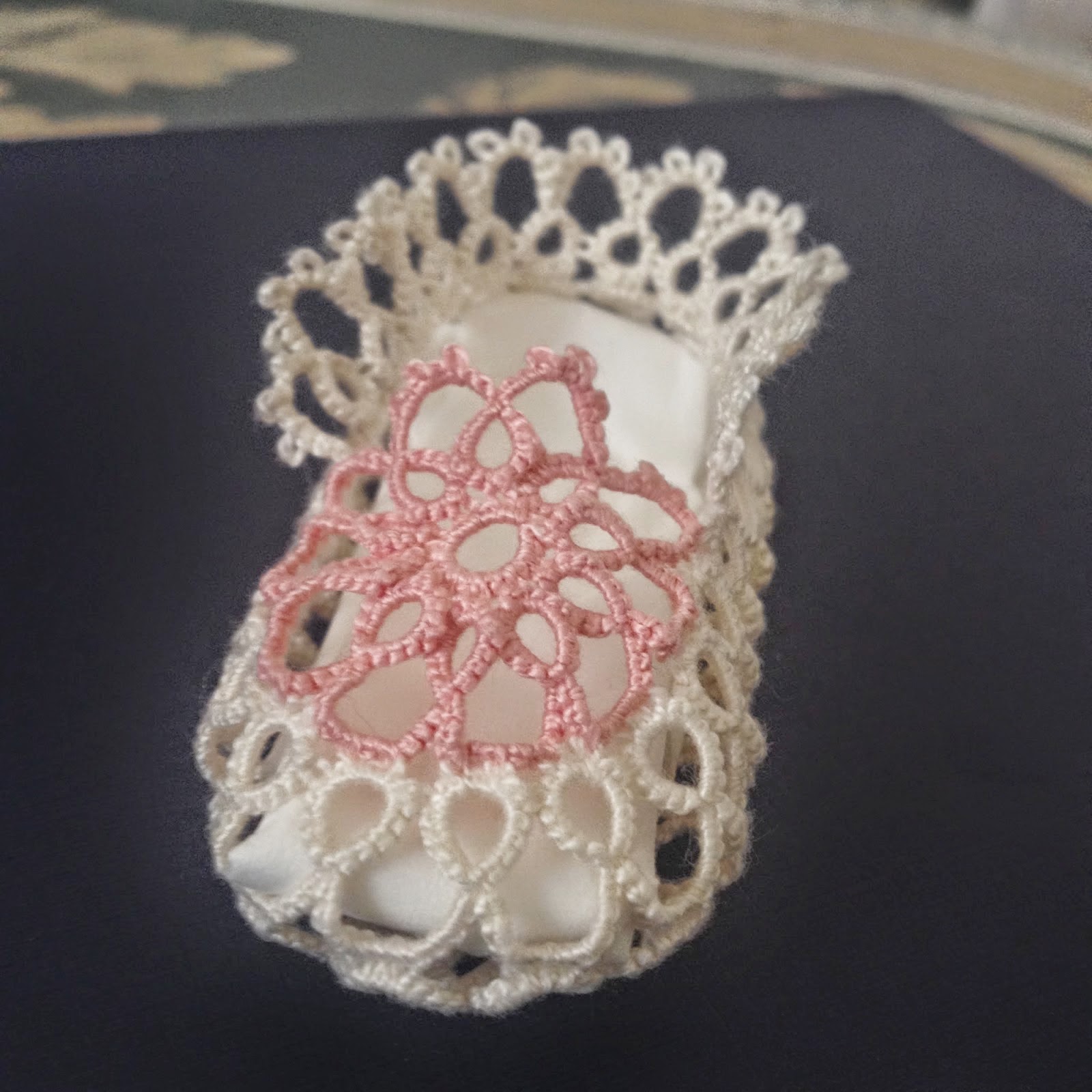 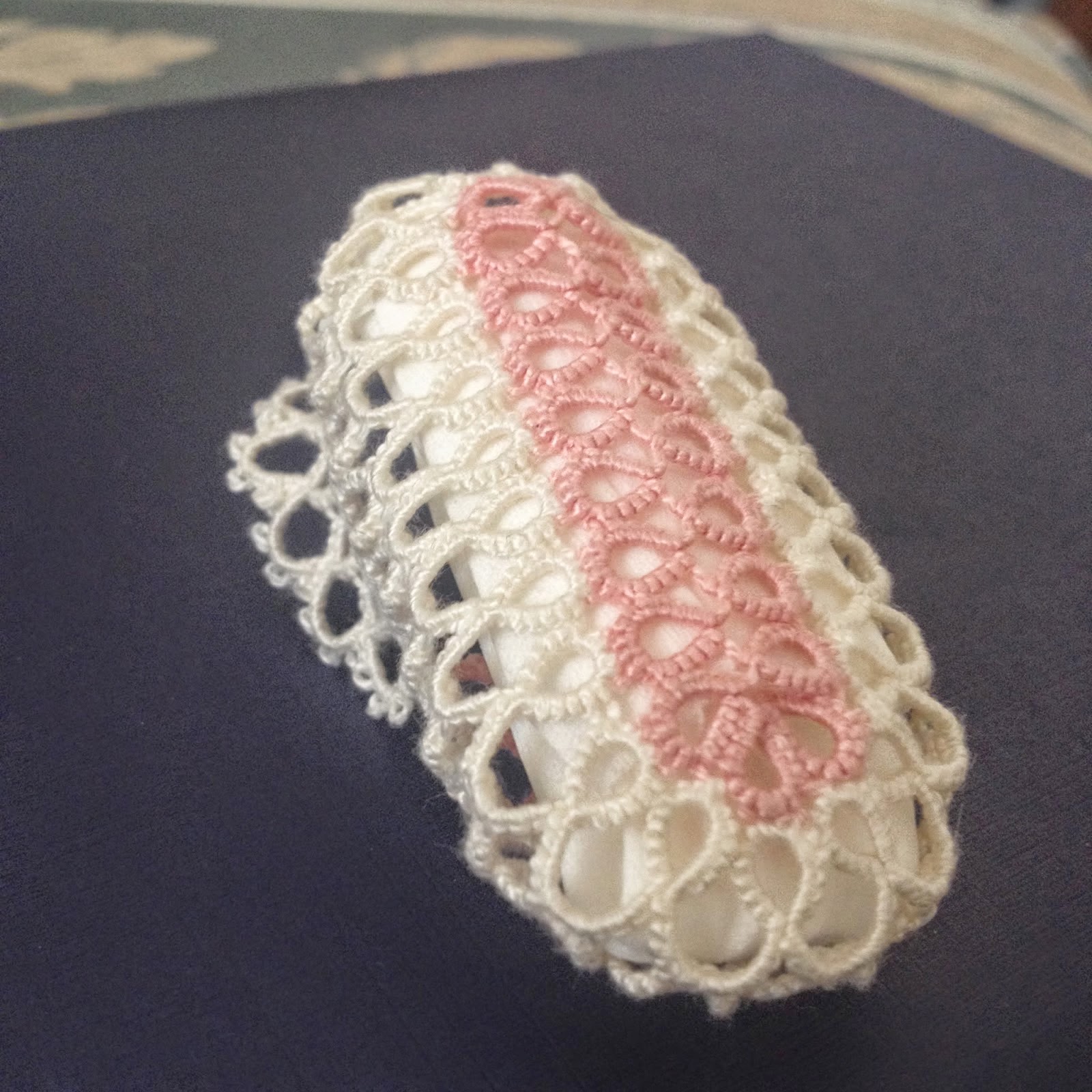 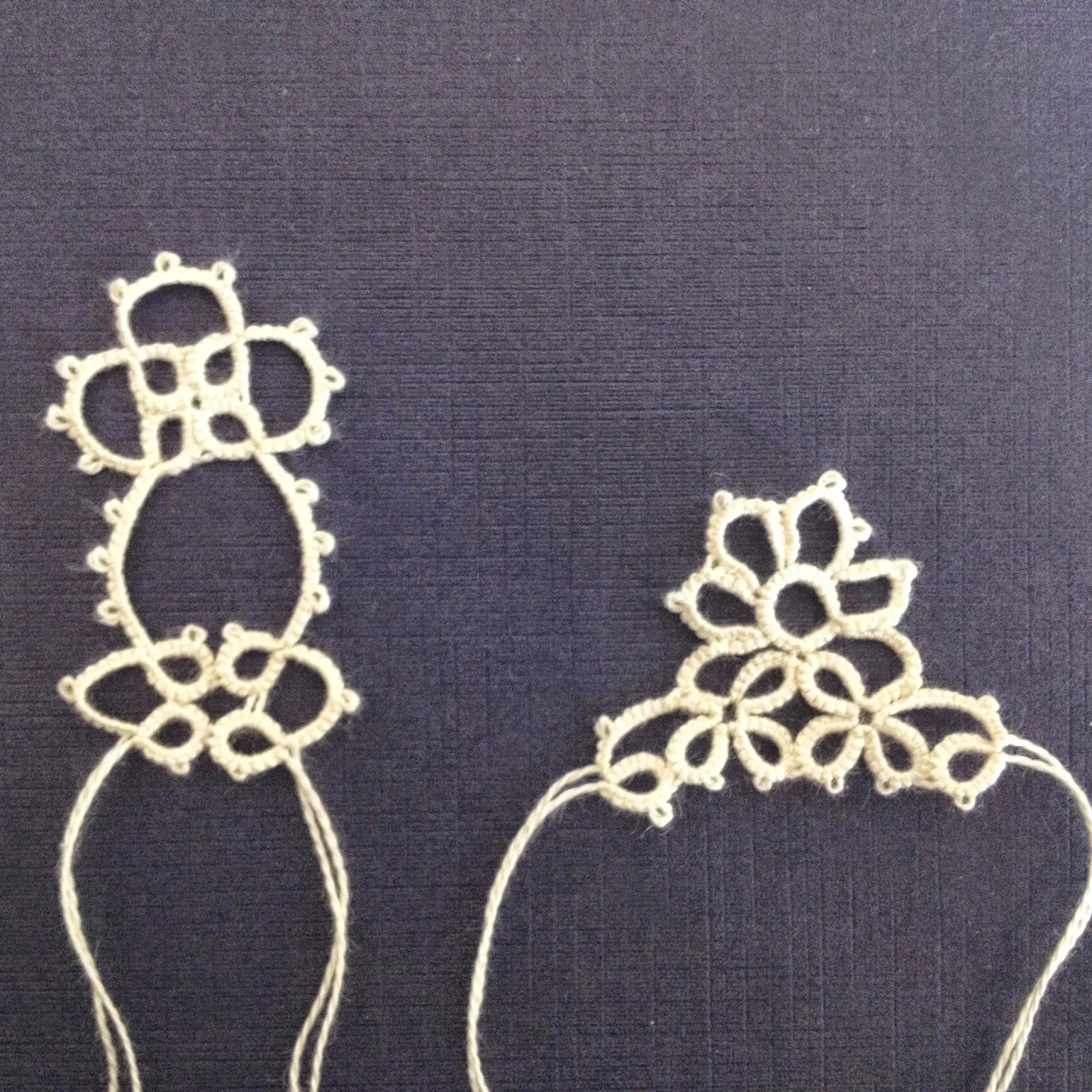 Sue worked on this necklace for a very young girl who is going through a rough time. The heart is a "Shrinky-Dink" printed from the computer, then cut into shape and holes punched, then put in the oven to shrink and harden and it says God loves Renae with an Everlasting Love. Then tatting was added in size 40 Lizbeth Rainbow Splash. She has been working on the 2nd of 4-18 foot beaded garlands for her friend. Then there is the assortment of other tatting that she's working on as surprises. 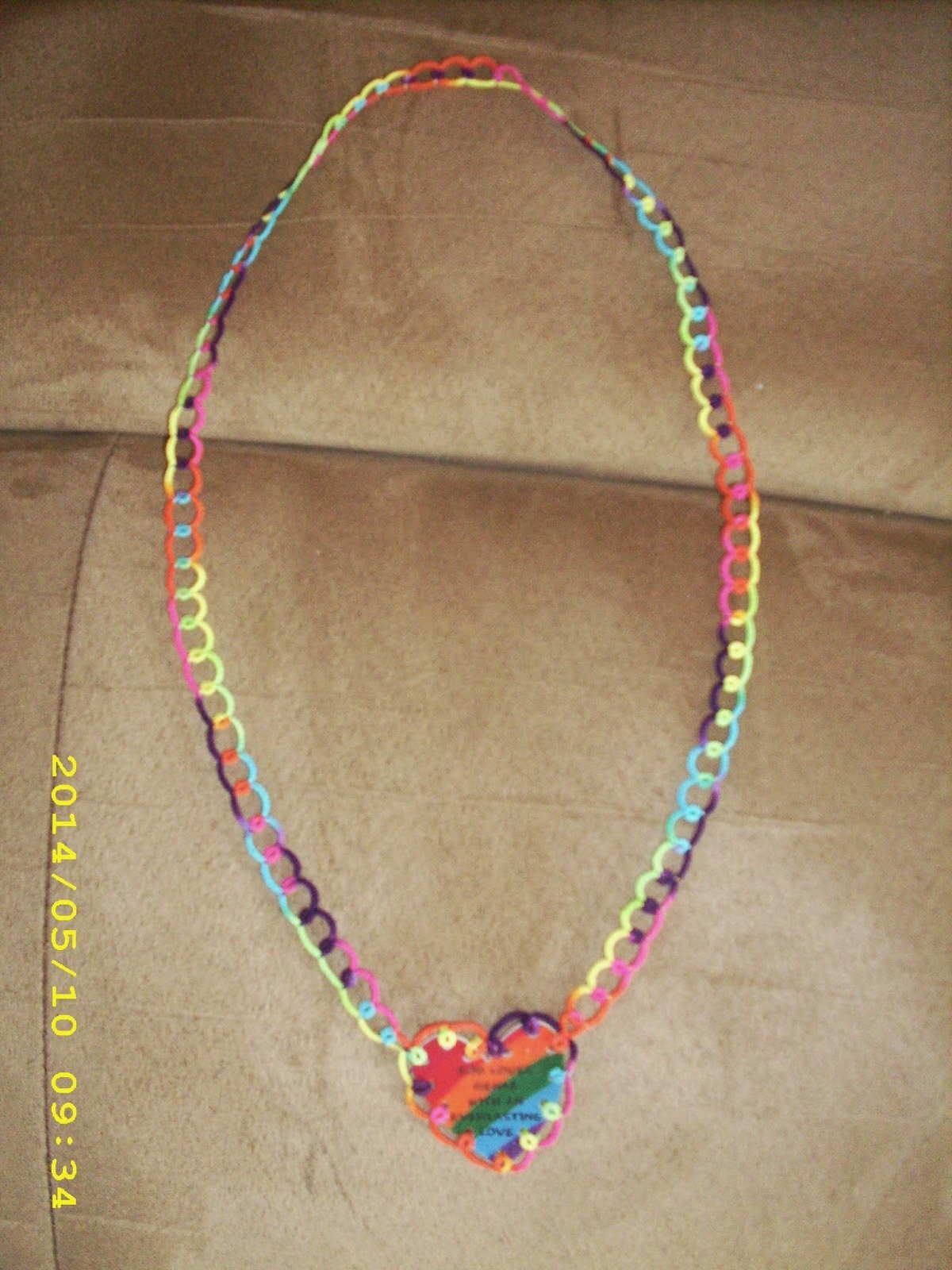 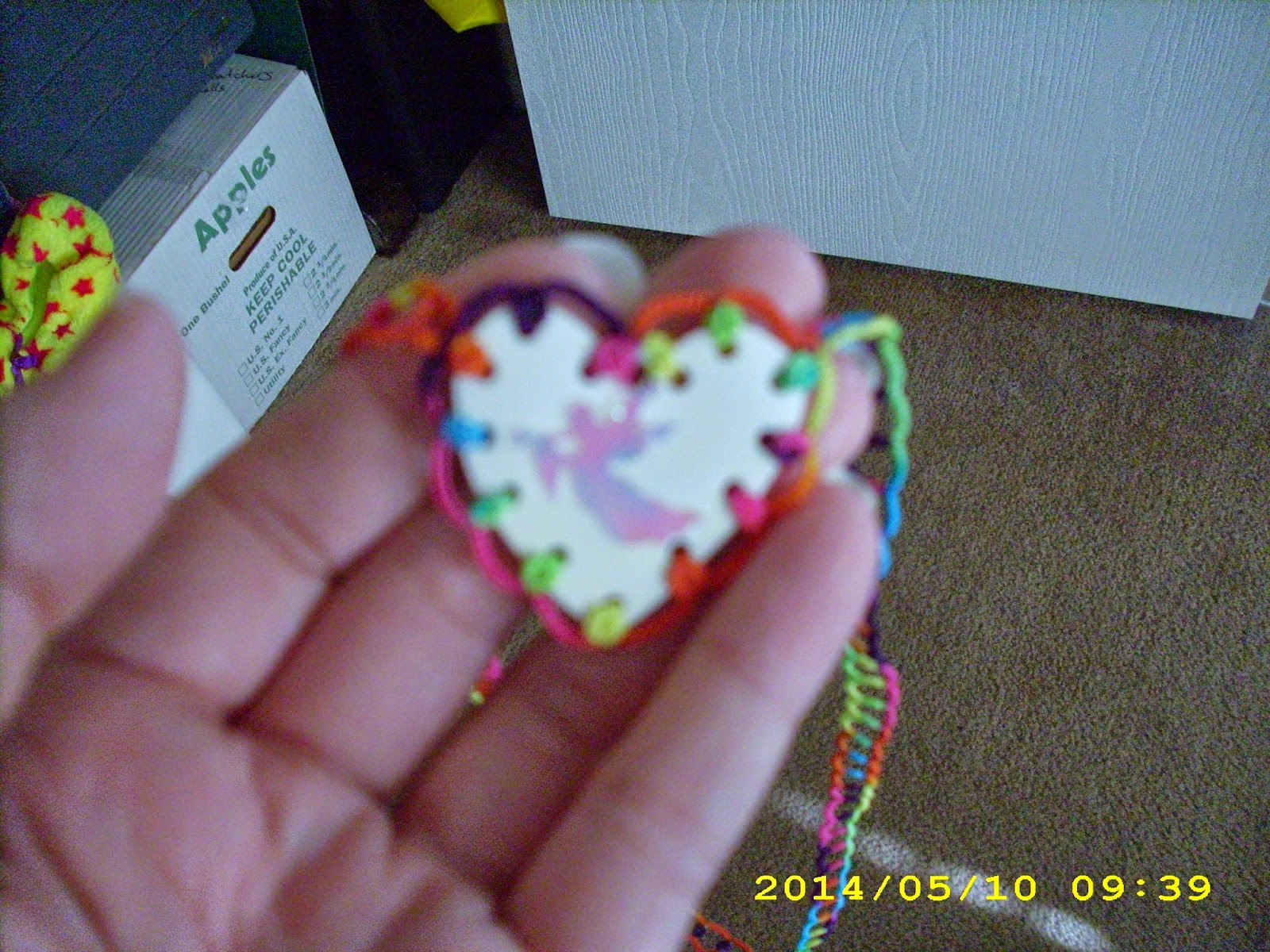 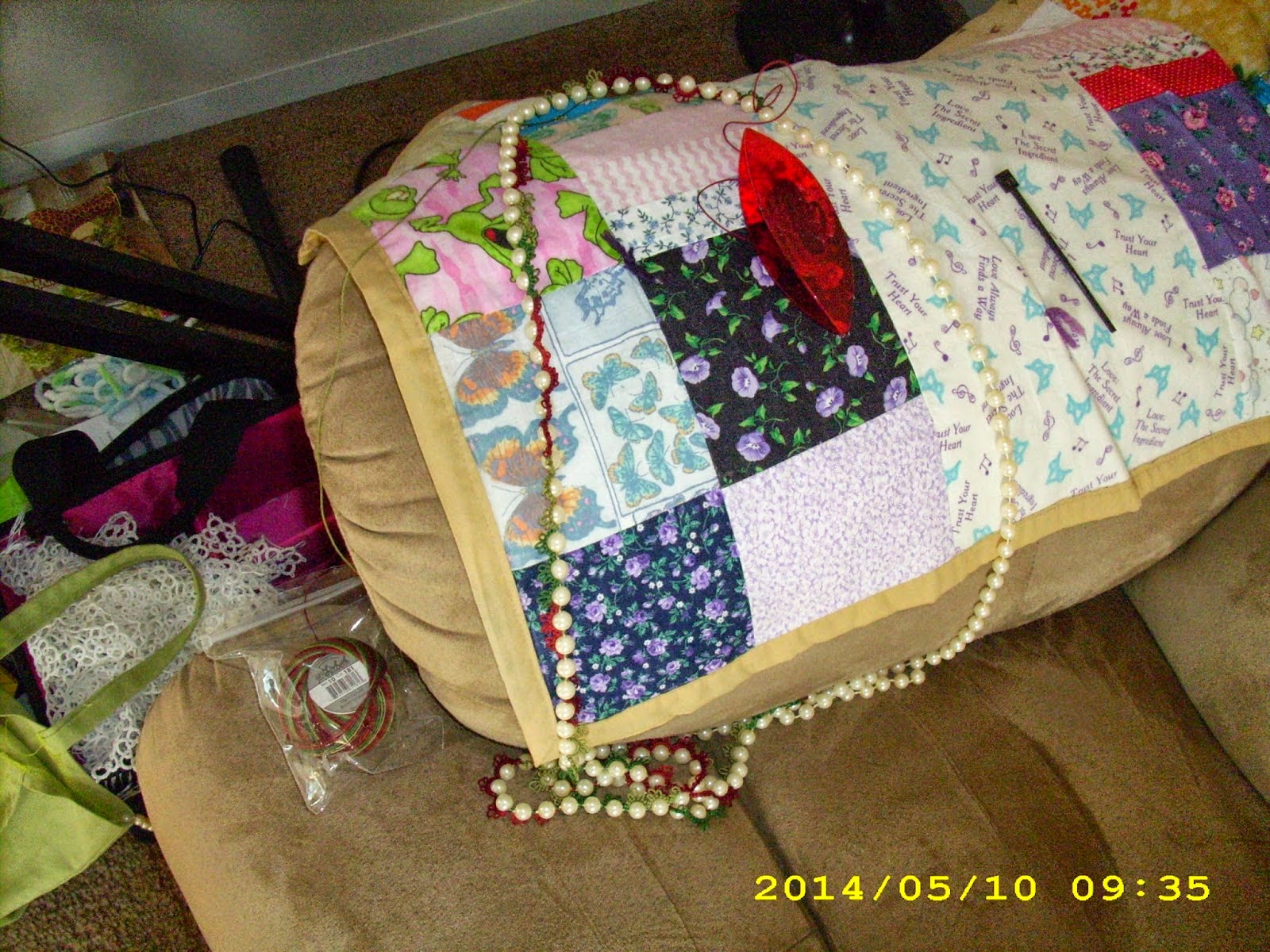 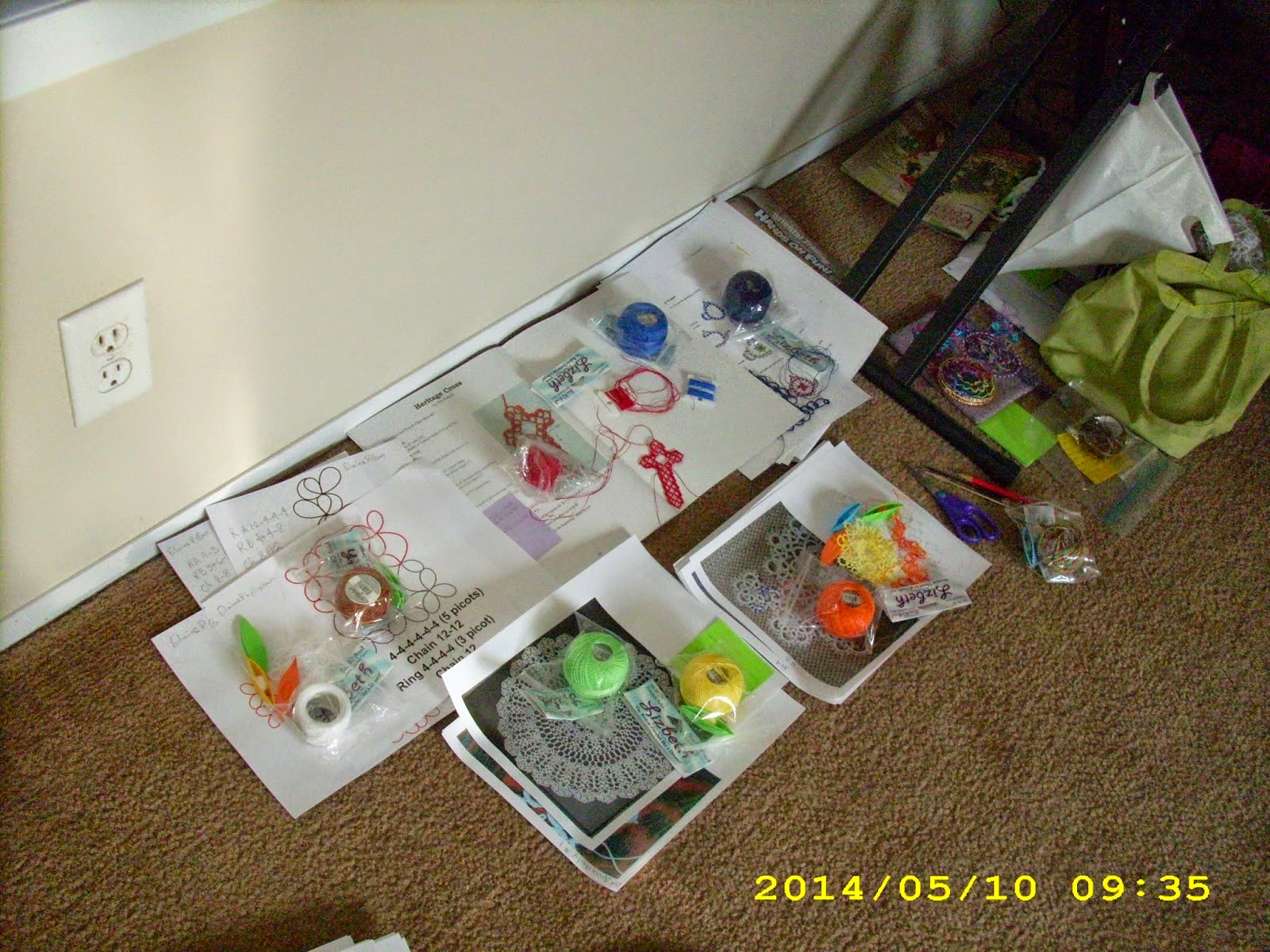