Jenn chose the Knobby Bud pattern, from This'n'Tat to practice some Josephine knots in #10 DMC BabyLo thread, which she will use as a Christmas ornament.

Lilas was intrigued by the assembled rings and it prompted her to make this necklace using Oliver Twist thread size 80, but the subtle variegation is almost invisible in the finished lace. 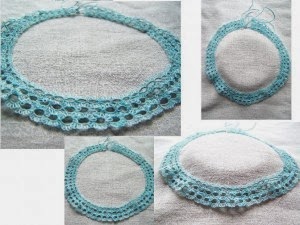 Sue hand wound some on the Finca thread to tat with and it's quite pretty so she feels some earrings happening in the near future. One of the ladies in her lace group tatted this snowflake and was in the midst of doing another with beads. 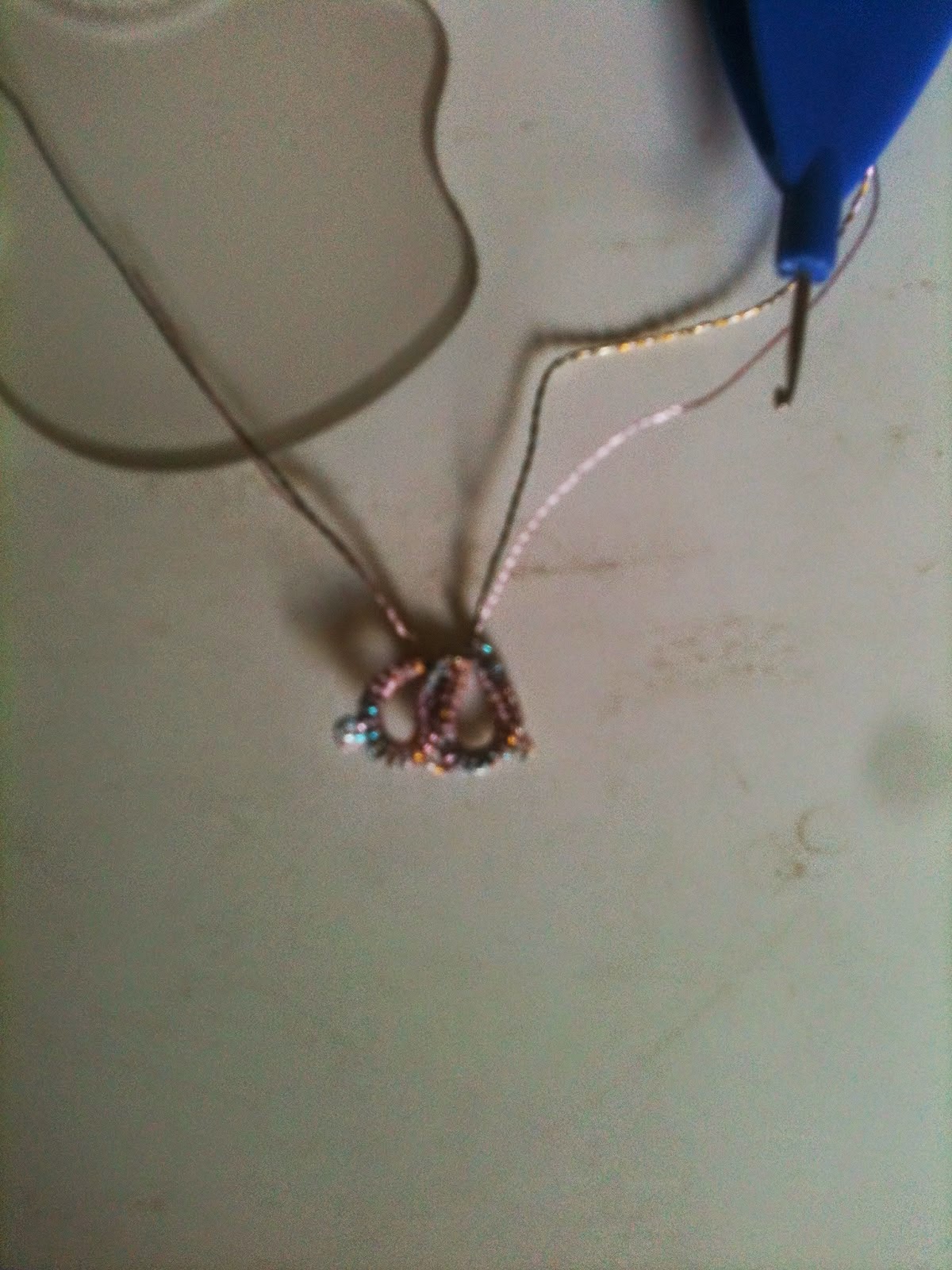 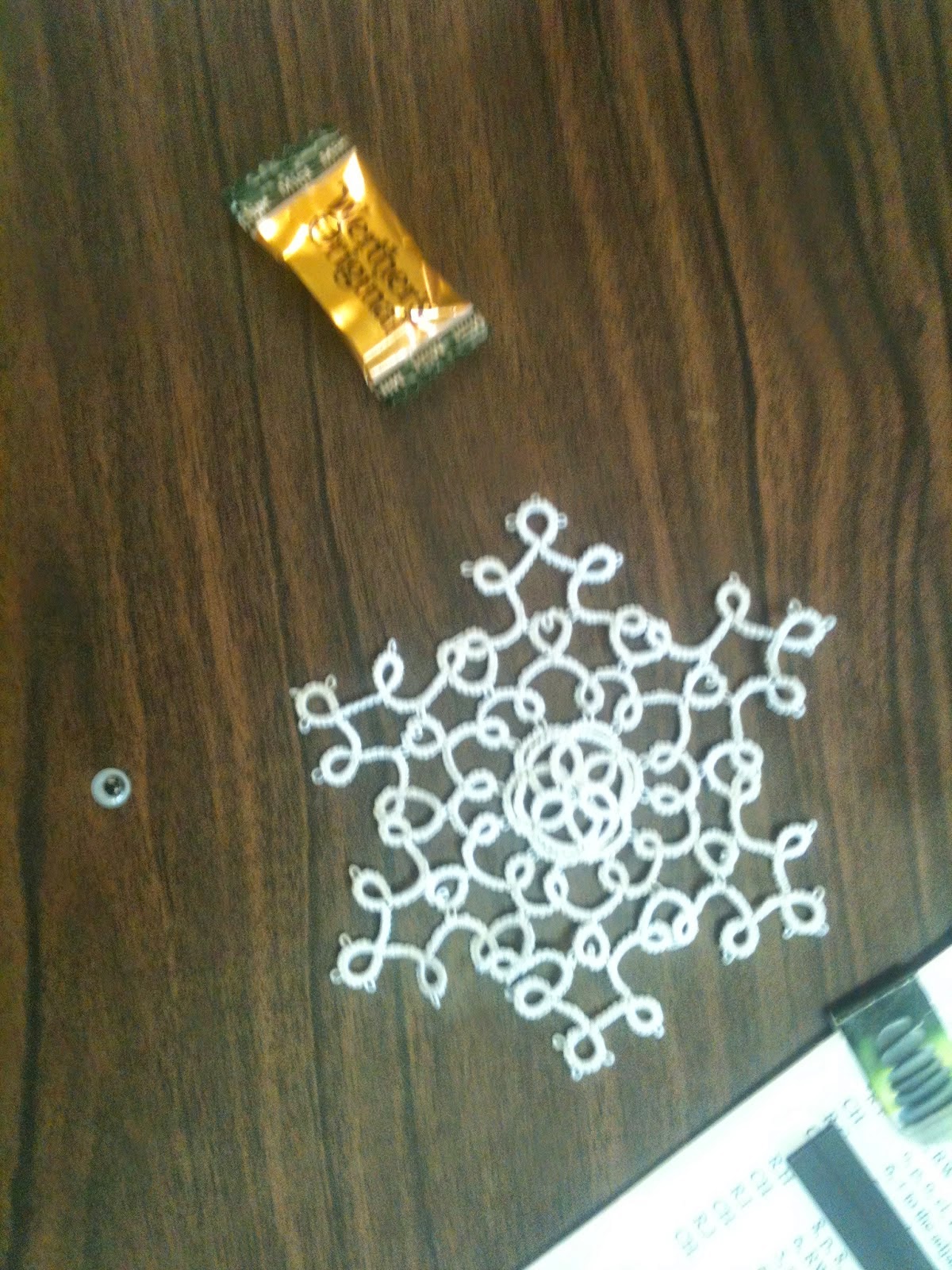 Diane's junior tatting brigade demonstrated how two friends could tat together. Another of them tatted a length of chain. Diane is making progress on Renulek's Letnia and finds the colours in Arctic Waters very soothing. 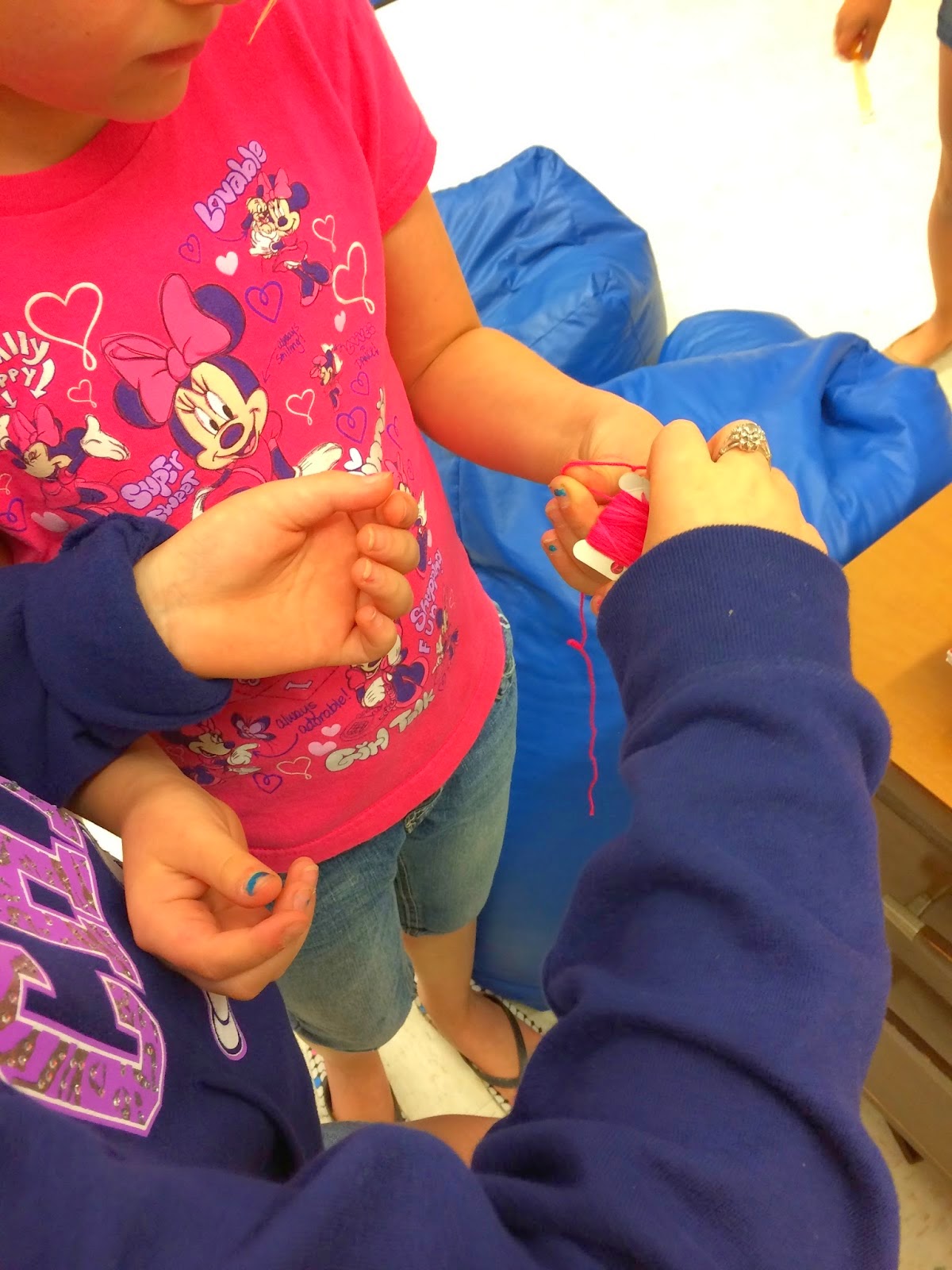 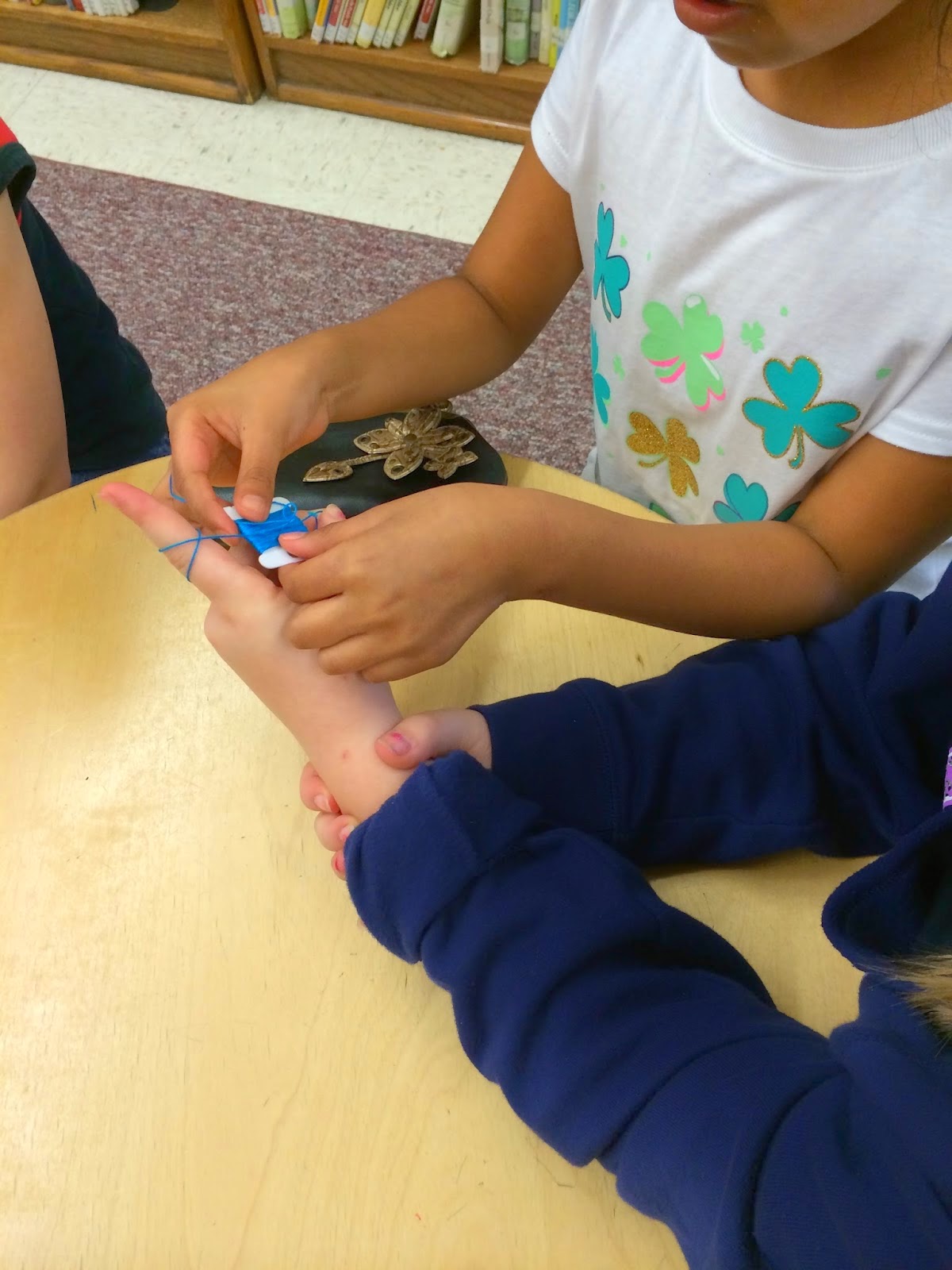 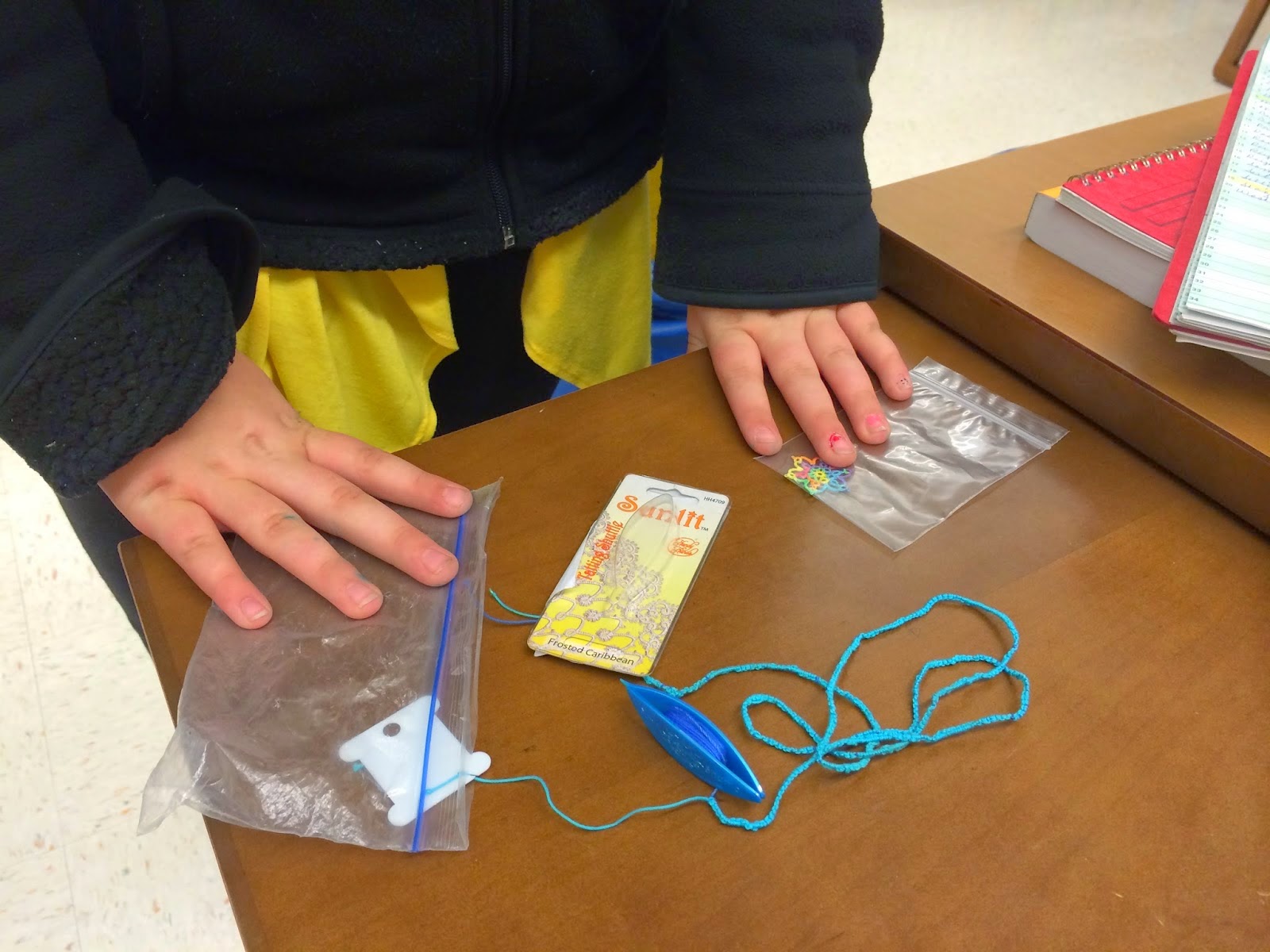 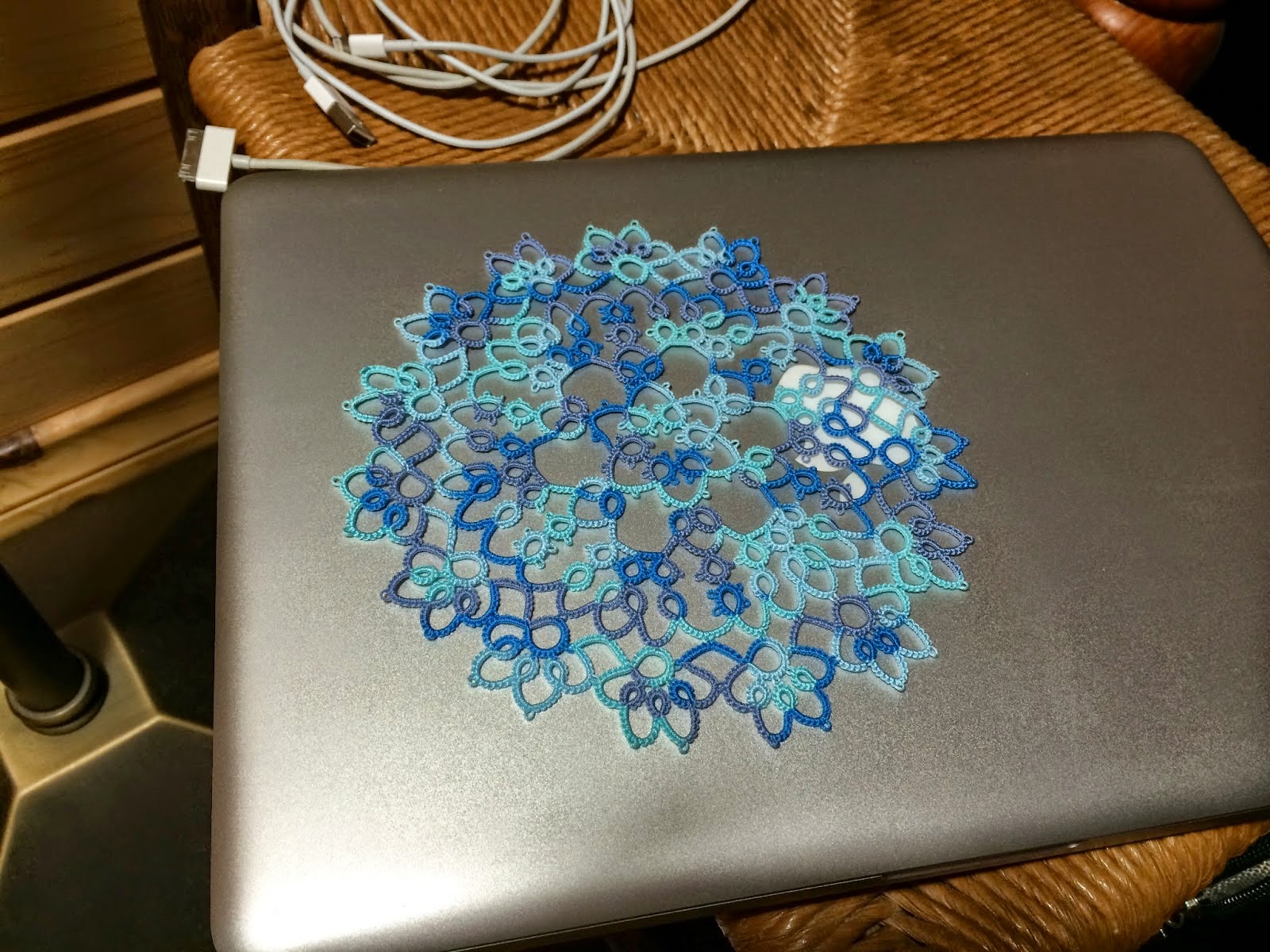 Fox has finished row 7 of Renulek’s Lato (Summer) 2014 in size 80 thread and it's already 7 inches across. The Lucky Clover doily made a perfect setting for these daffodils that she was given. 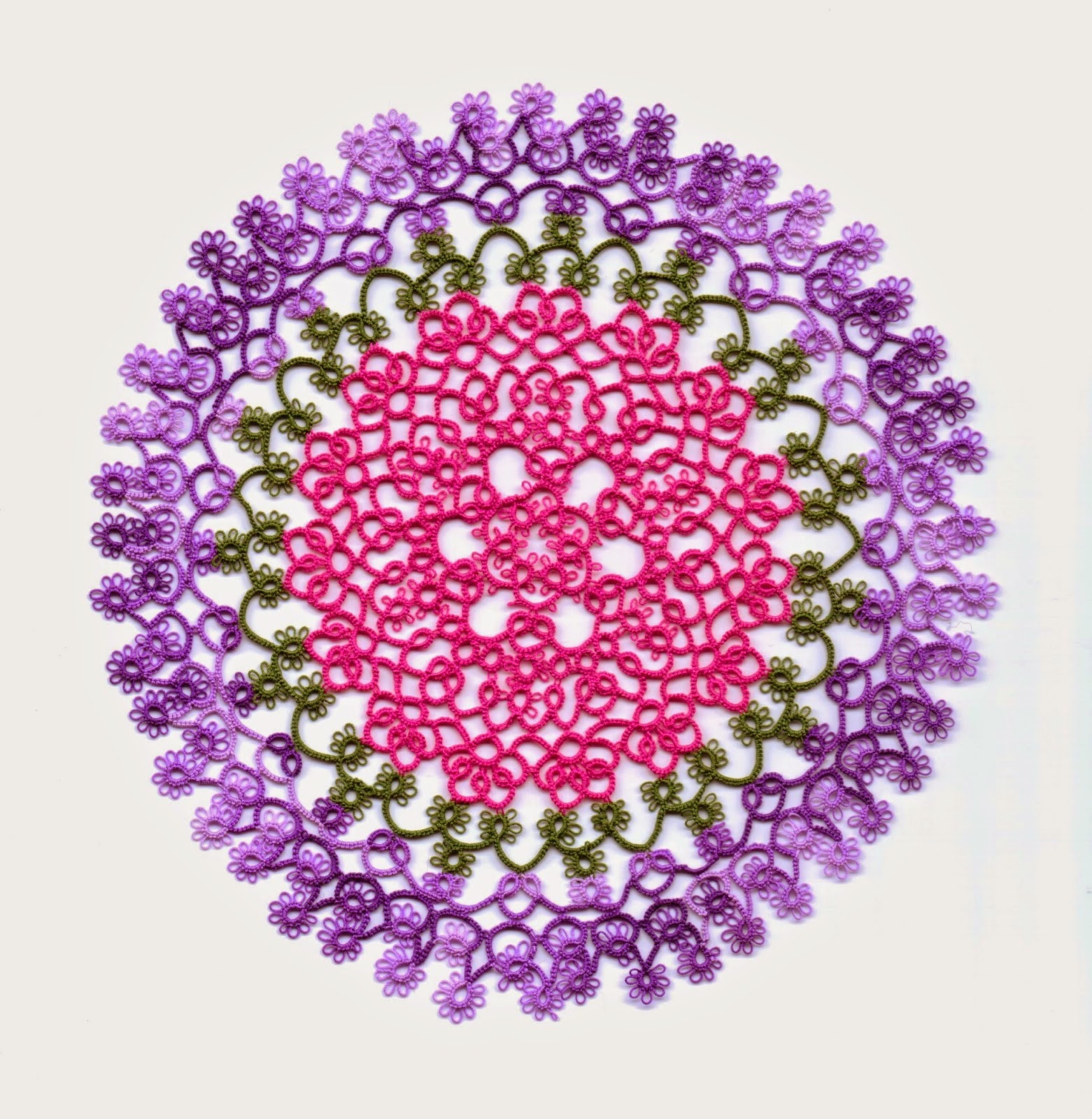 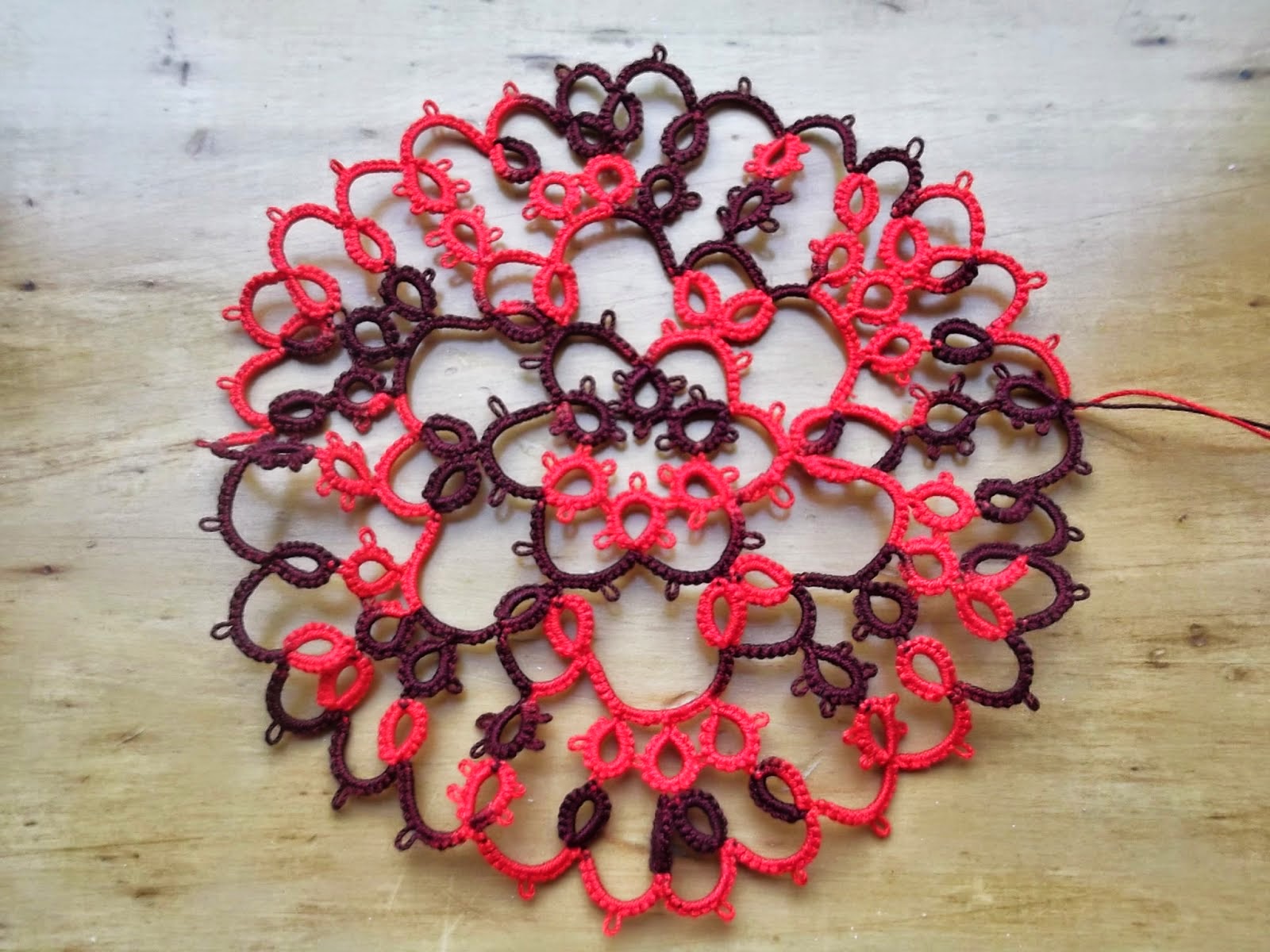 Marie created this necklace in blue for her mother for Mother's Day.