Lilas decided she needed new earrings to go with her new hairstyle and created these while waiting for her thread to arrive. She liked the design she created so much that she did another in a slightly different style. 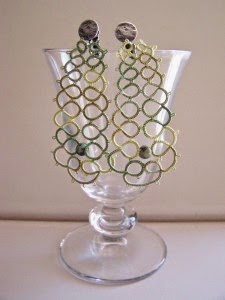 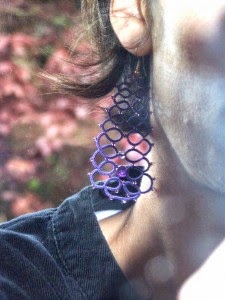 Sue picked up a full size pashmina and decided that it would make a perfect backdrop for all of her miscellaneous tatty bits. This little butterfly, which was one of her first tatting creations, was white when she created it, but over the years is has taken on the shading of the hanky. 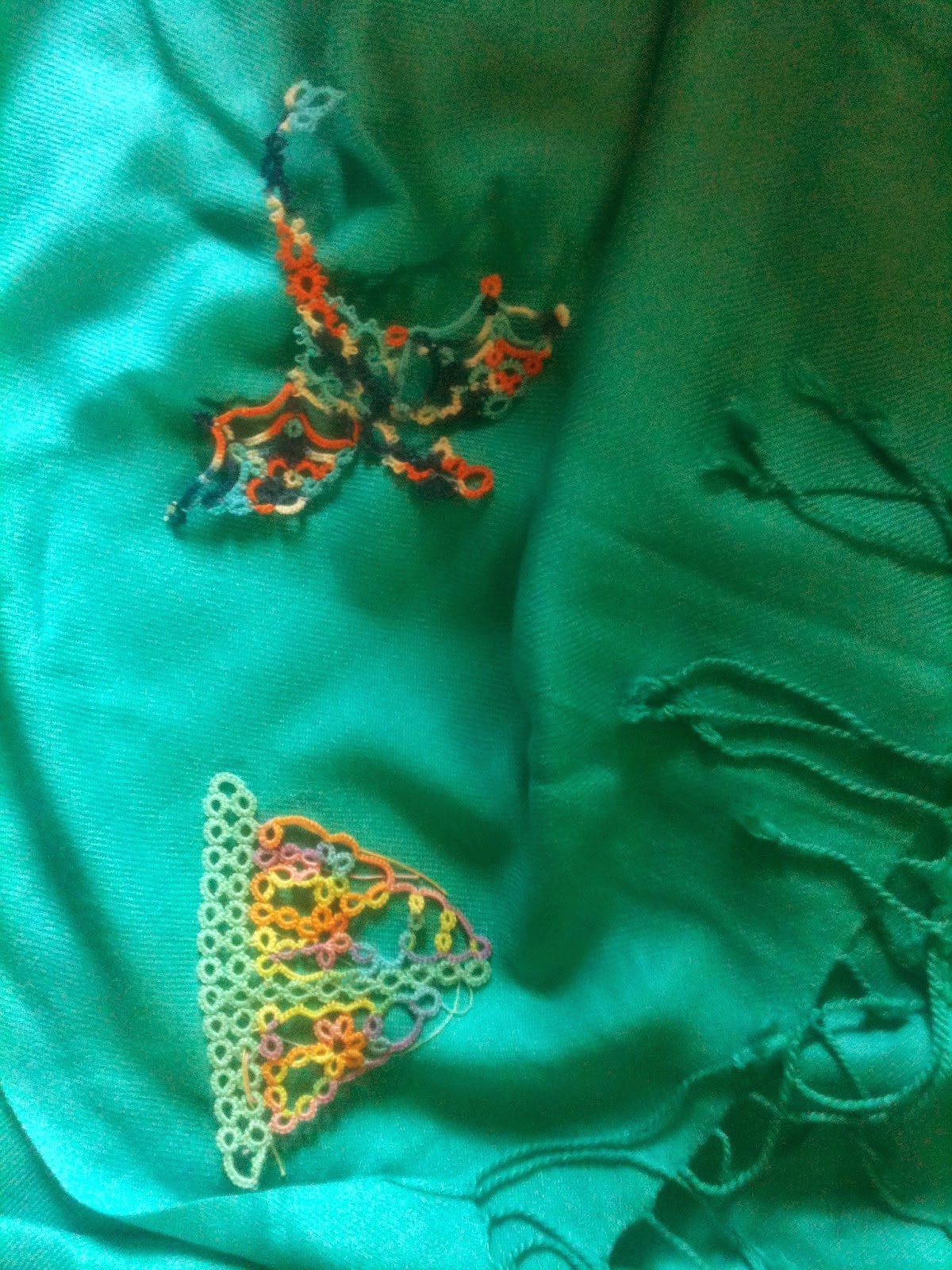 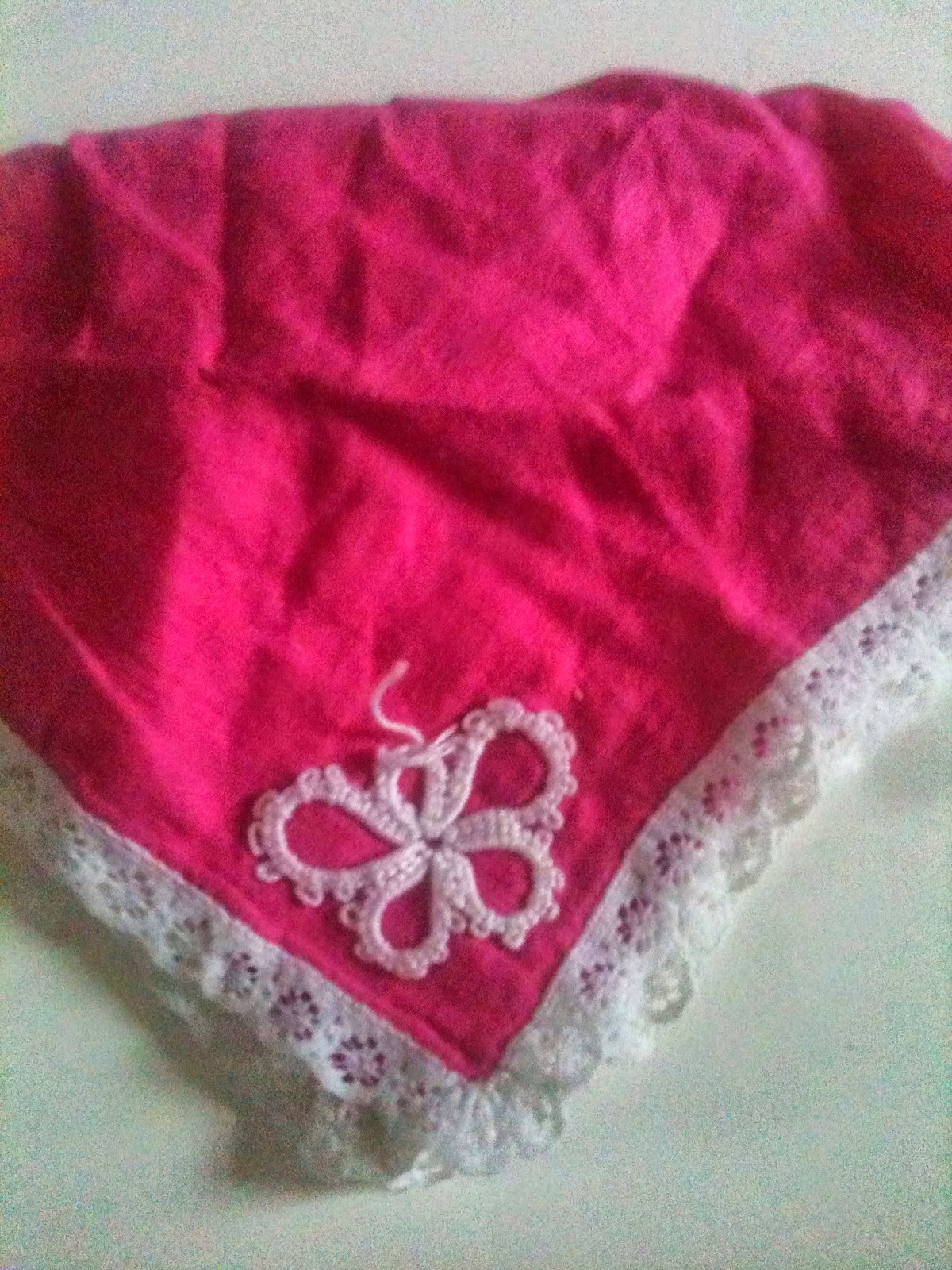 Cigdem has named this set, Butterfly Kisses. The pearl encrusted butterfly perches daintily on the side of the necklace and the earrings are likewise decked with pearls. 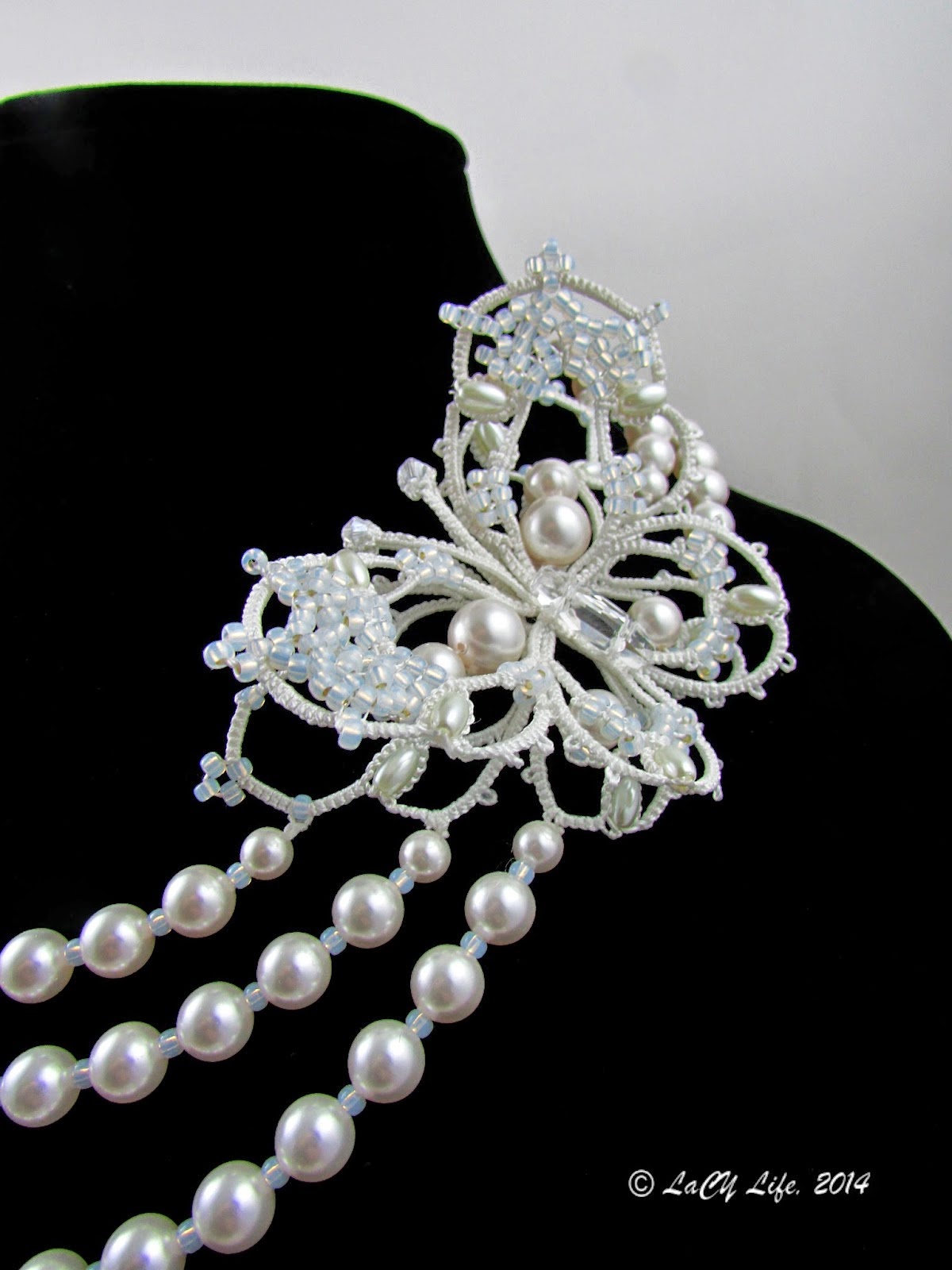 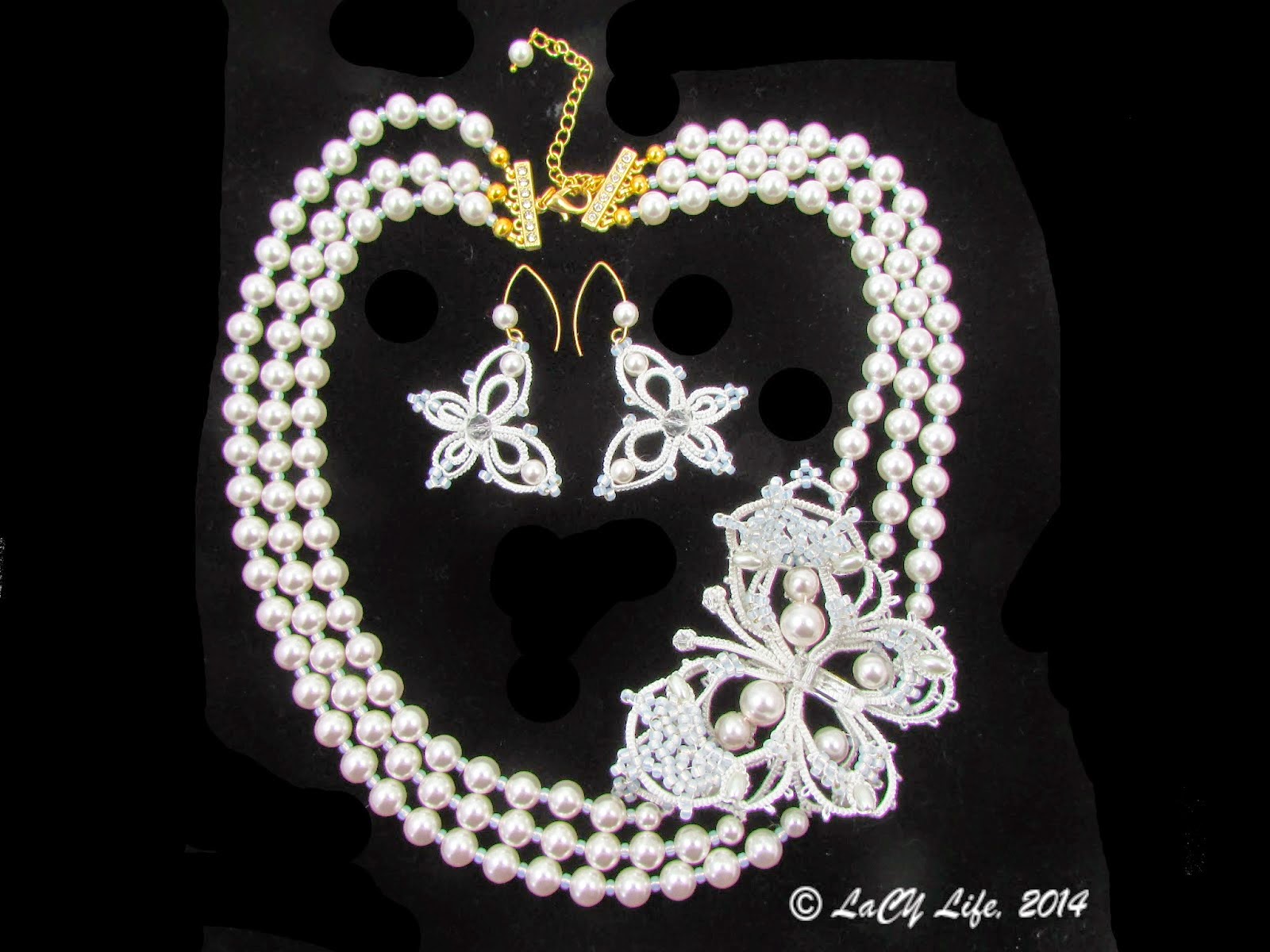 Grace is continuing her round by round, step by step, instructions on how to work Renulek's  Summer Napkin 2014.


Diane was working on the third round of Renulek's newest doily when she noticed a mistake in round two, but she decided to leave the mistake rather than fix it and see how things develop. Robin's Late Winter Snowflake is coming along nicely. The snowflake is tatted in one round, which is her favorite type of design, (mine too) and it's definitely one she'll tat again. She also managed to start the next round of Renulek's Letnia and she loves the Arctic Waters thread. 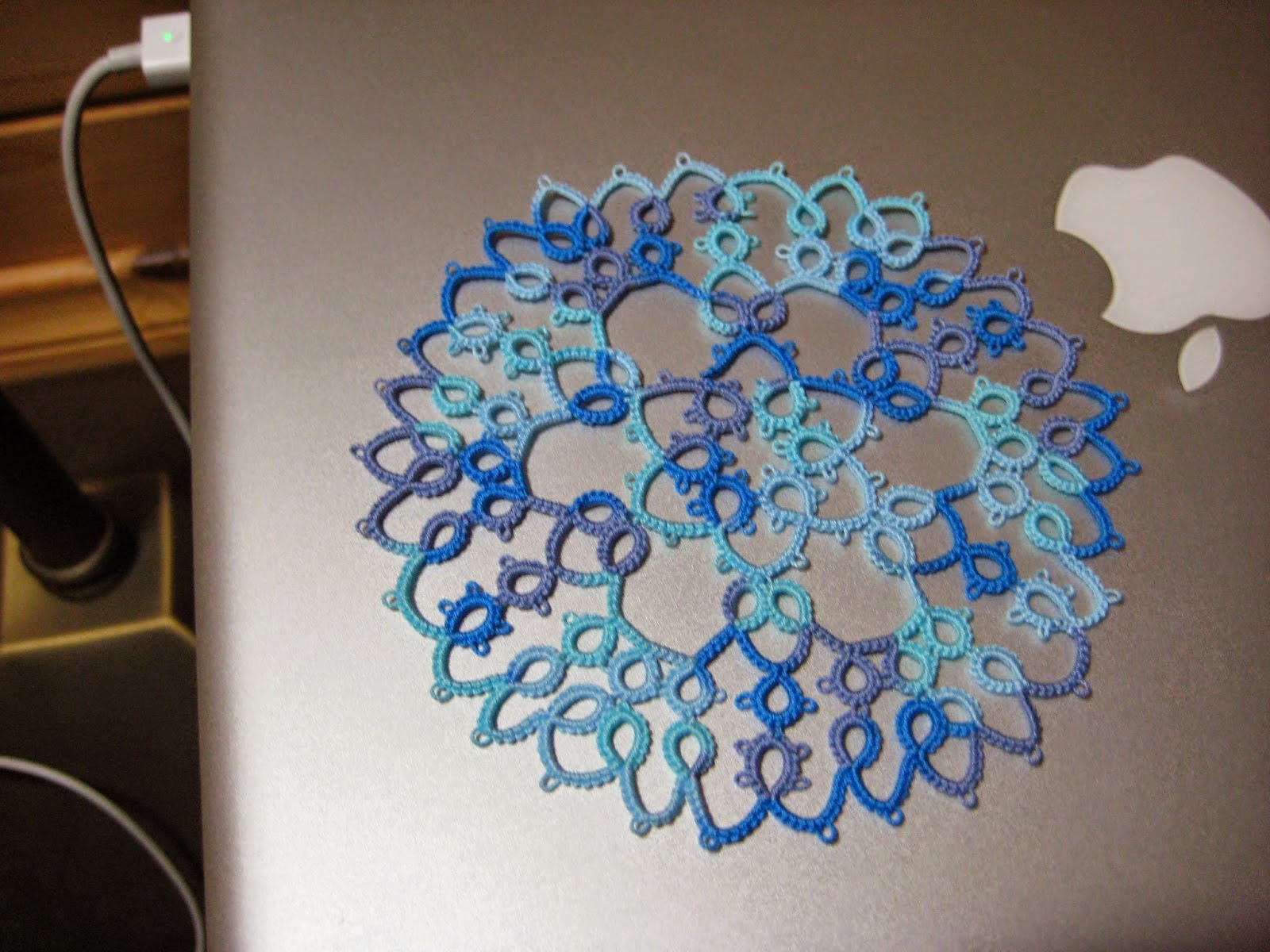 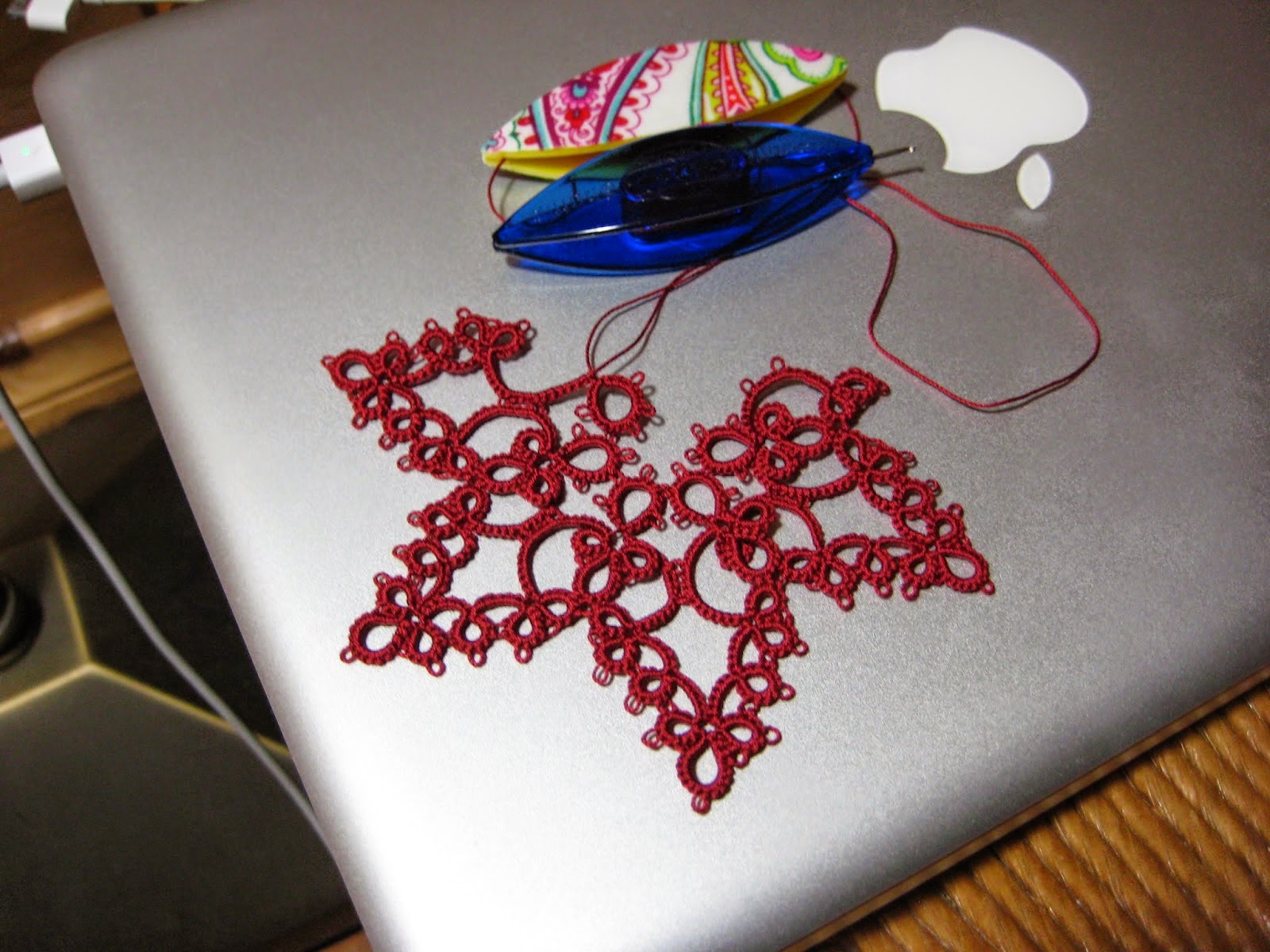 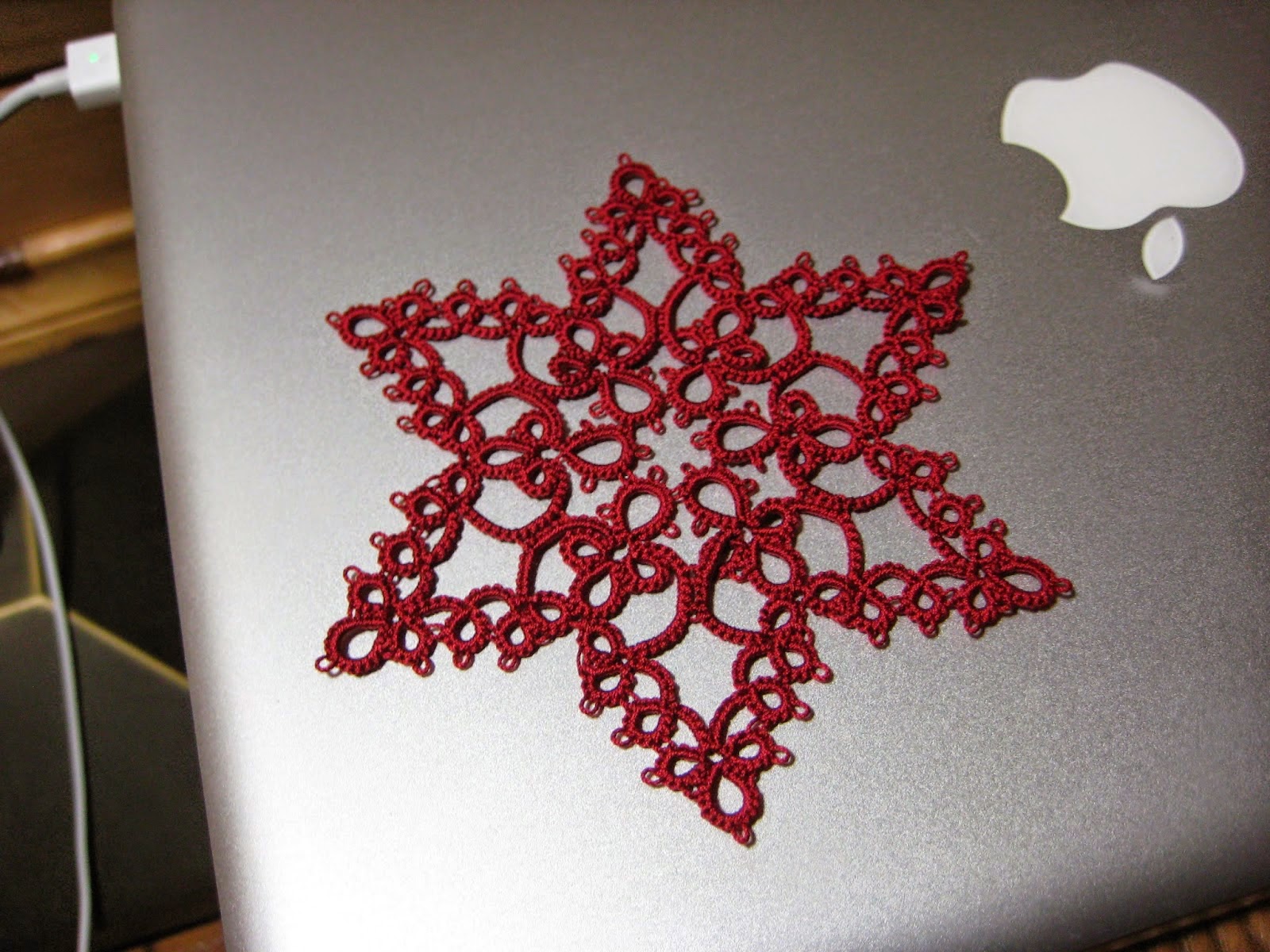 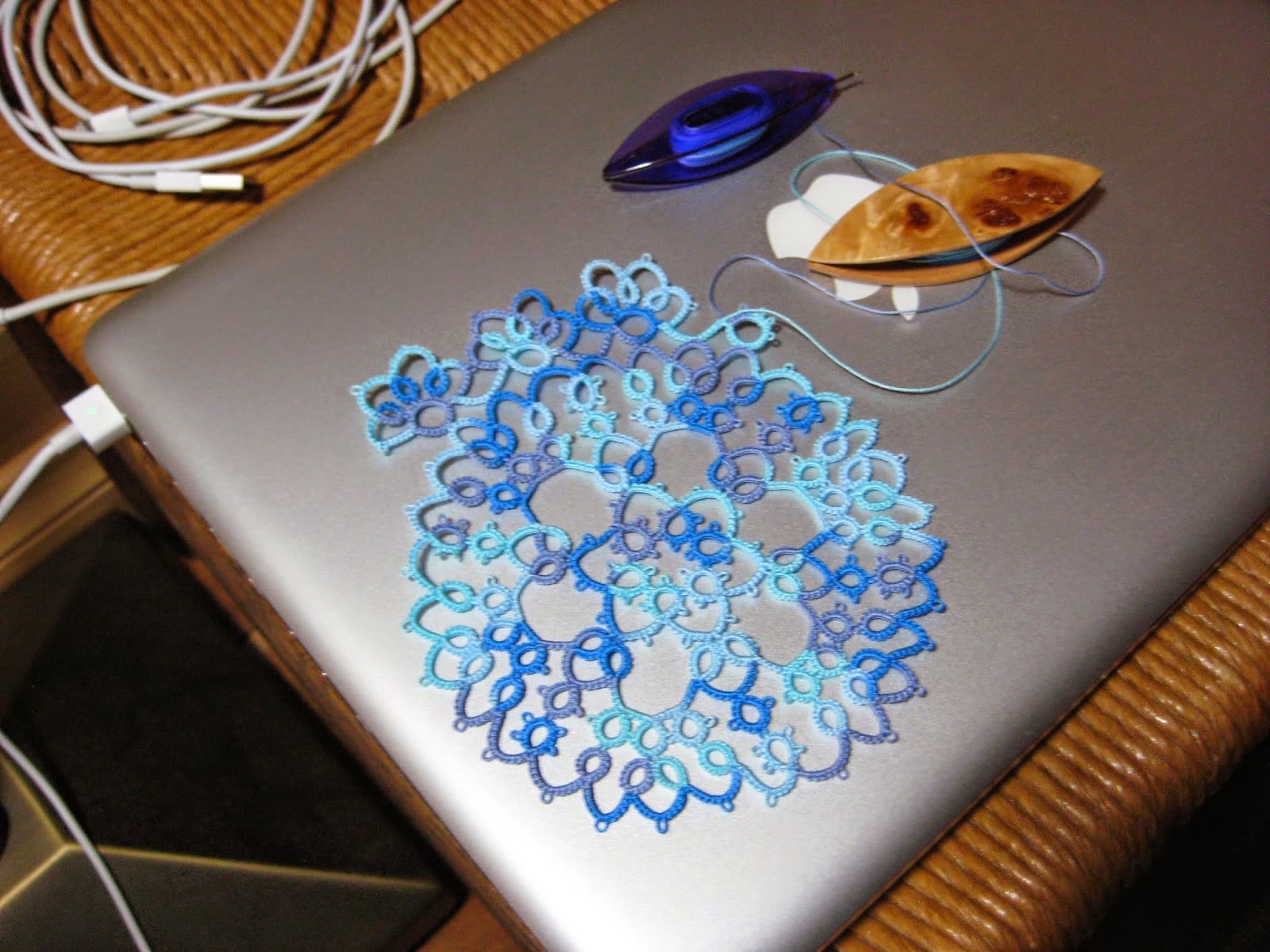 Fox was working on Renulek's doily and after she finished the 6th row she realized that she hs tatted it incorrectly, but instead of cutting it off she decided to see if the mistake could just be incorporated into the next row. She decided to practice things she hasn't touched in a while, namely clunies and Maltese rings, but things didn't go as planned. Or at least not as Marie Smith's version went. It looks like the change to the doily is going to work. 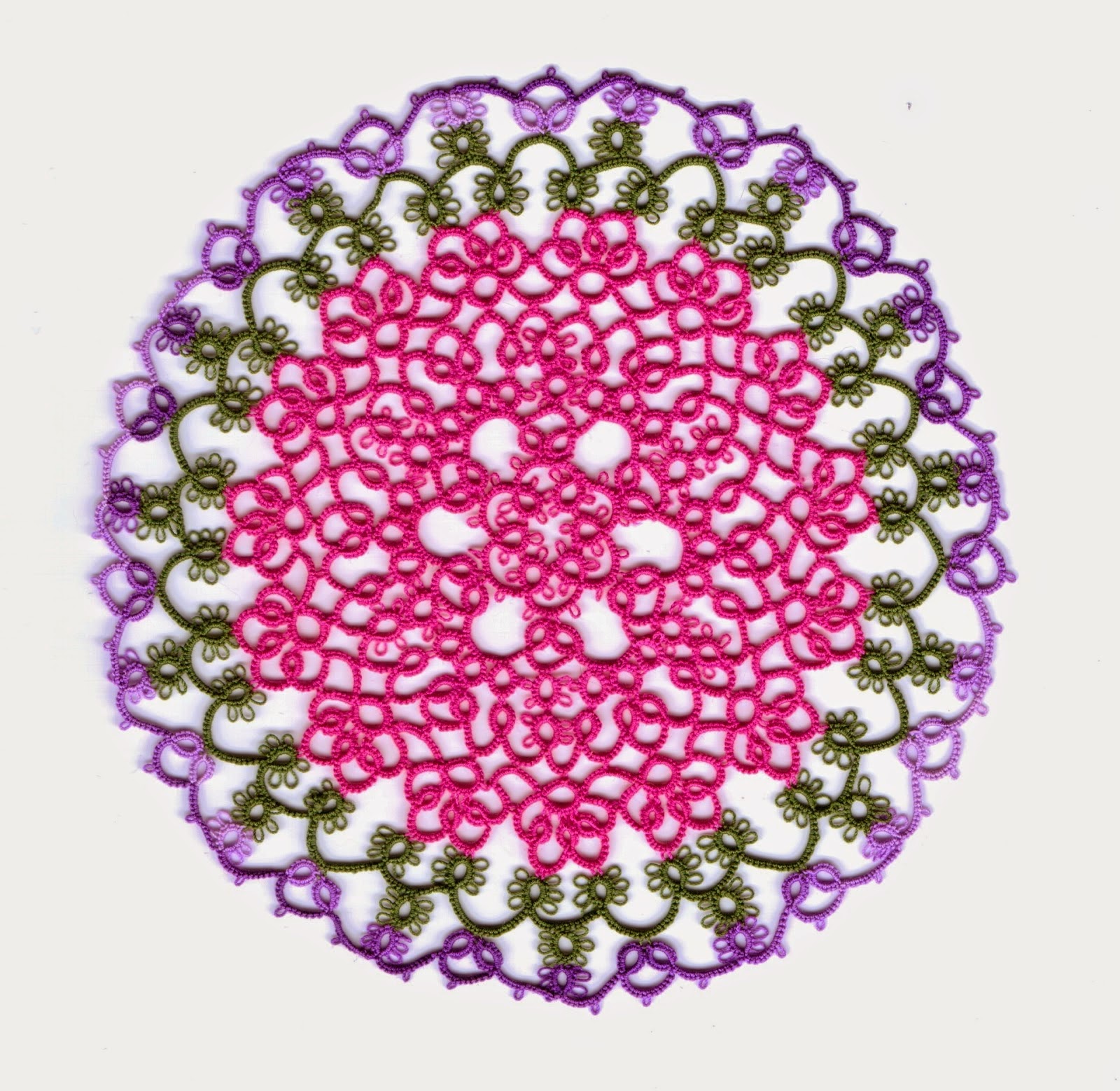 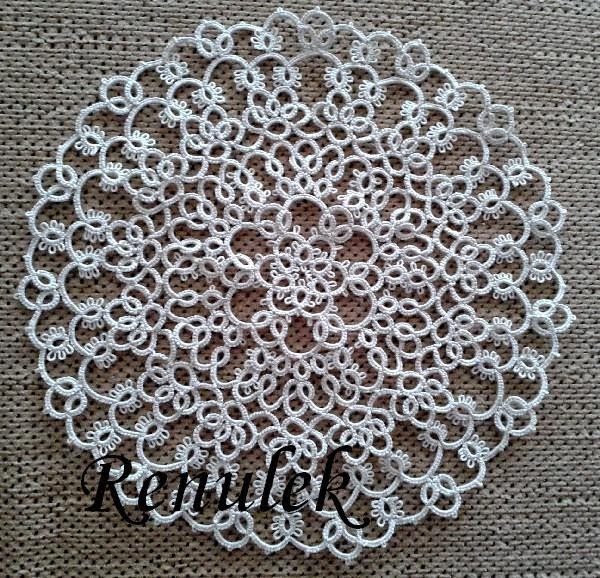 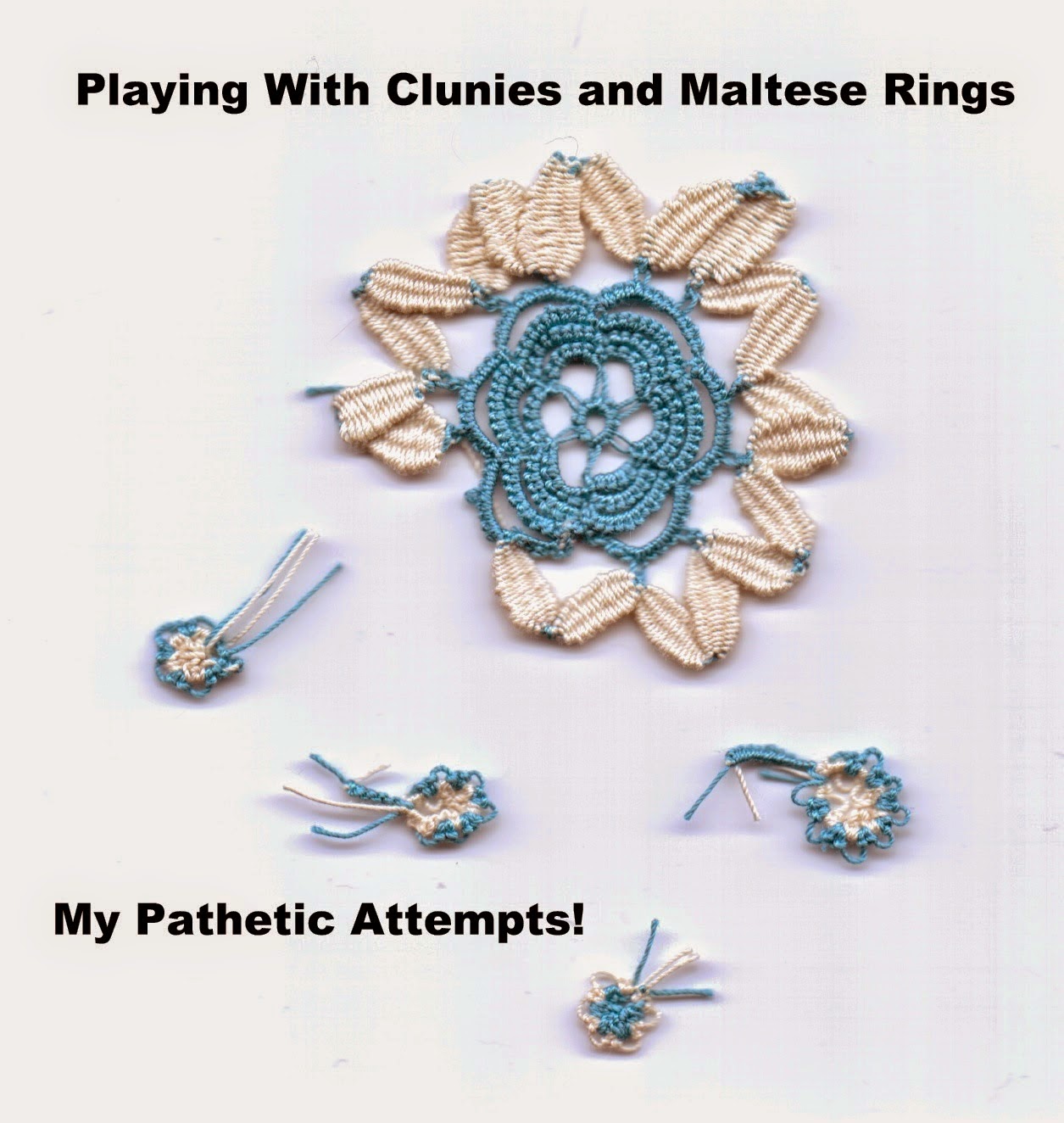 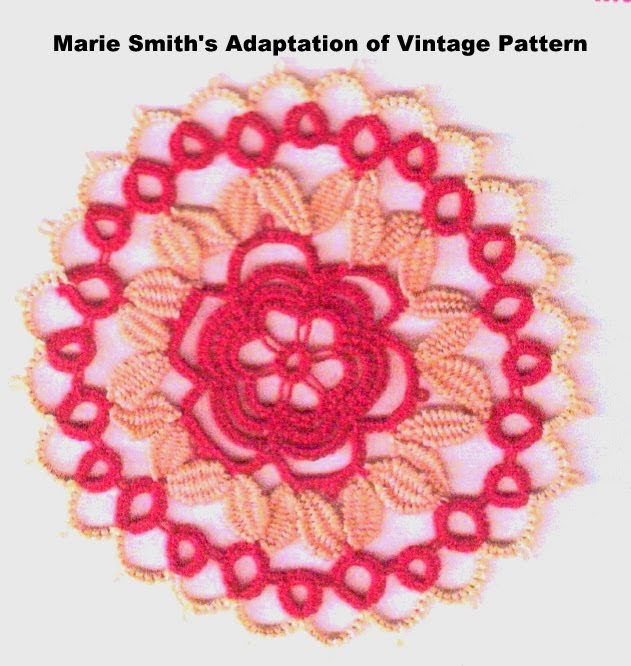 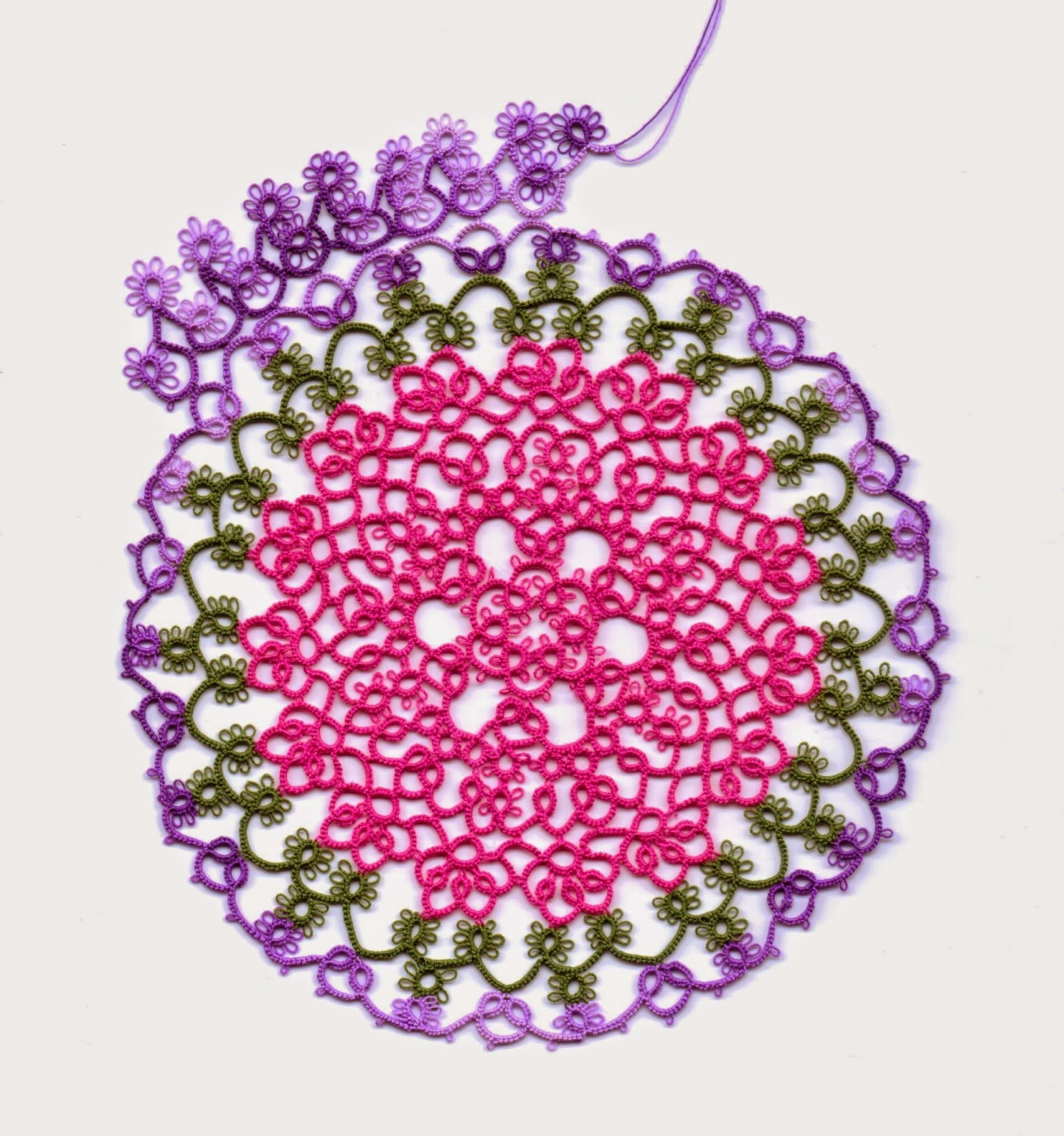 Marie tatted Christina, from  Lene Bjorn's, Tatted Bookmarks with size 10 crochet thread that has a gold filament and a crystal heart suspended in the middle. The Purple Diamond pendant was done with two strands of metallic gold sewing thread, around a focal bead.

HisKid is making very slow progress on this tablecloth using a vintage pattern. It's growing, at a snail's pace, but it will be worth it when it's done. 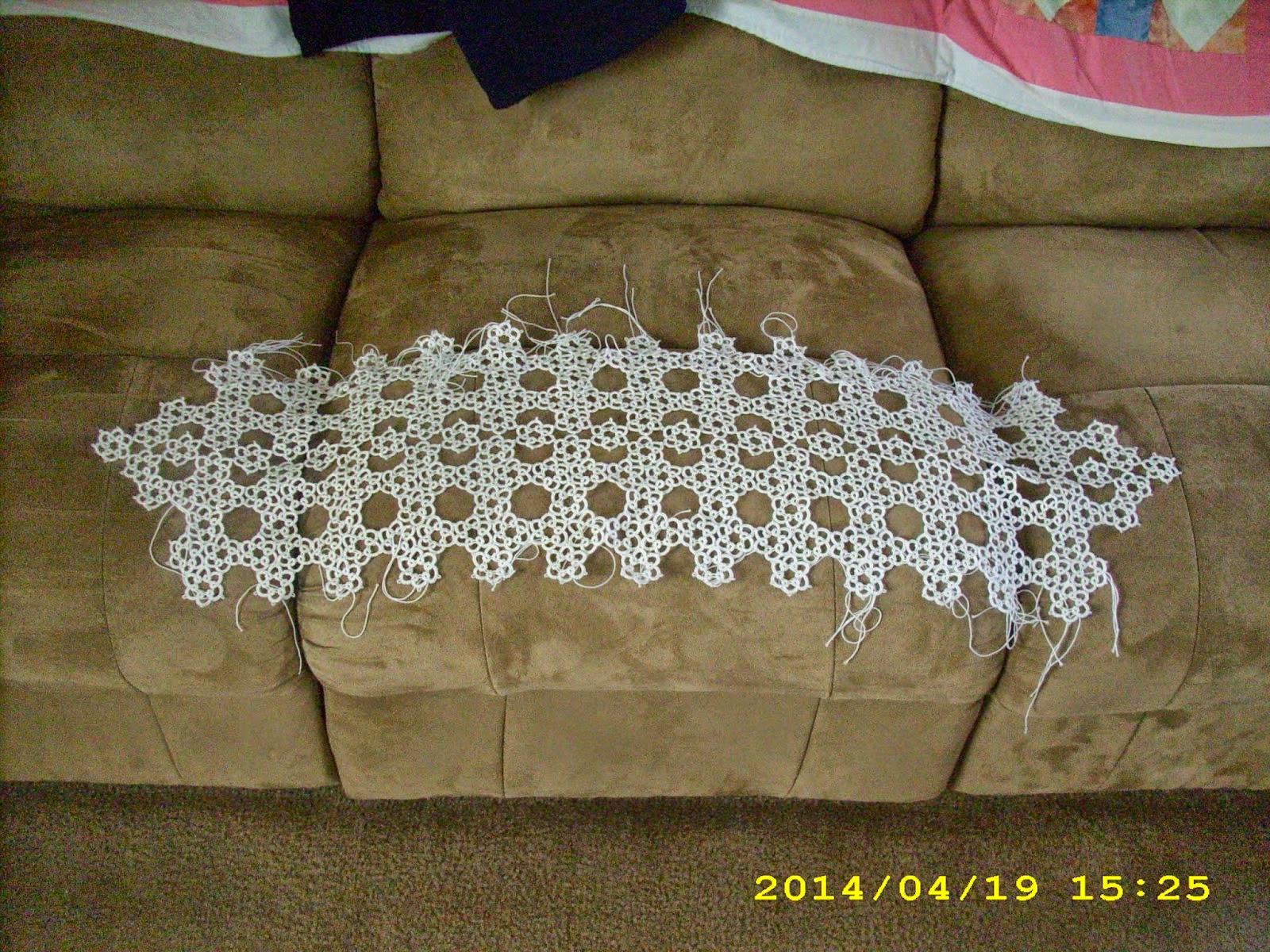 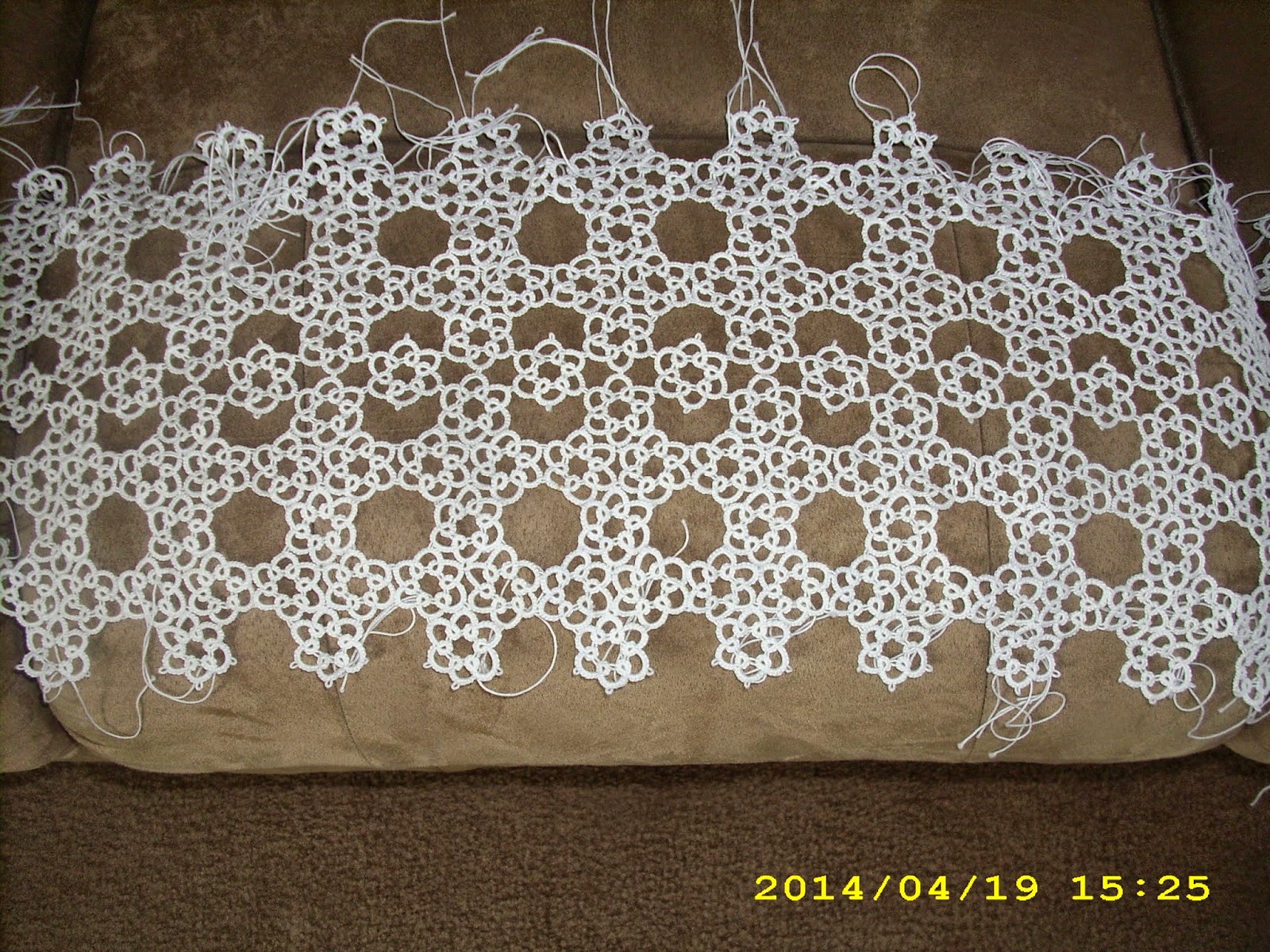 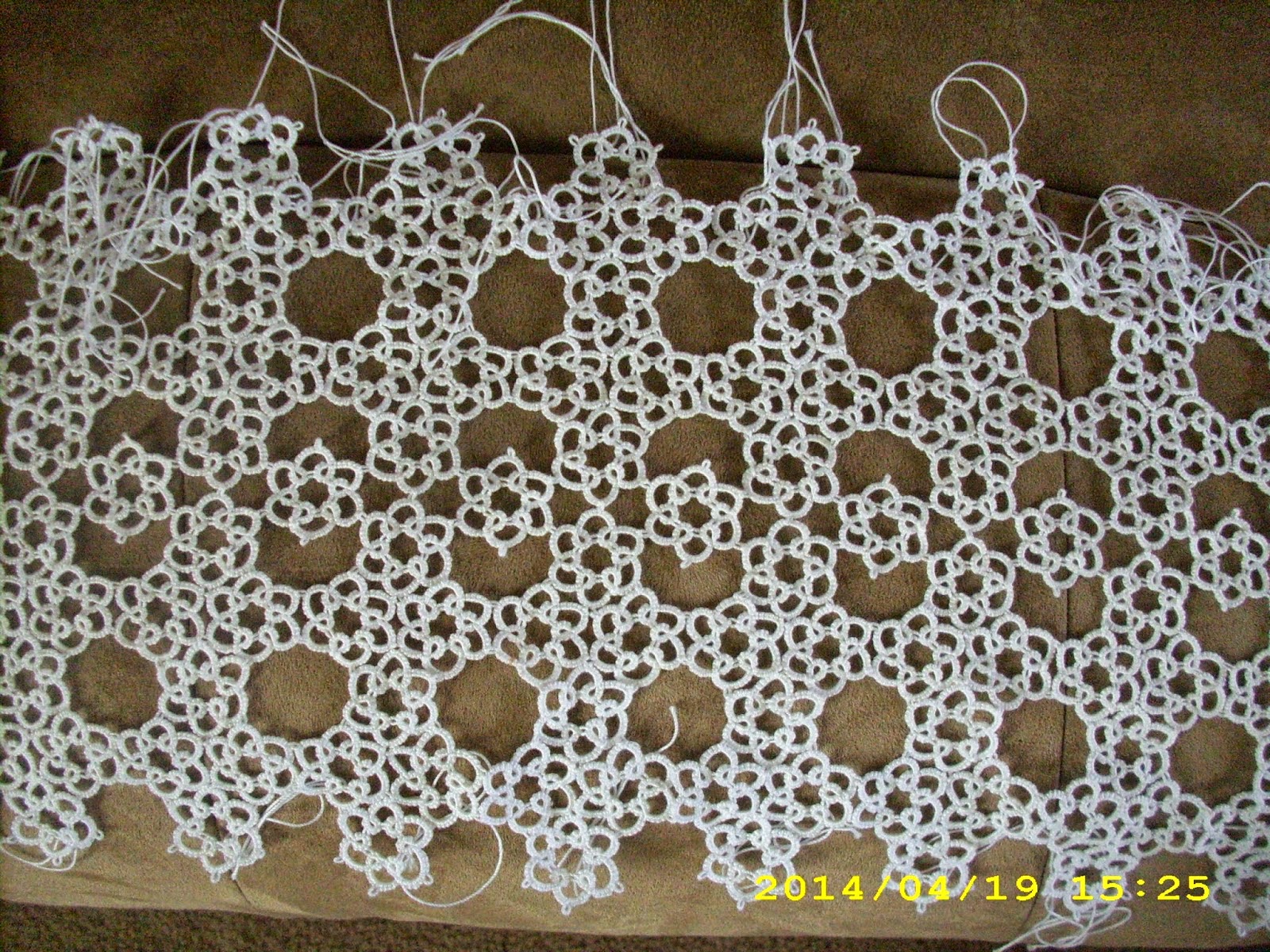