Just some useful information, remember when tatting doilies to consider where they will be displayed. If light and dark coloured threads are used and the doily is placed on a light coloured wood, the light colours will recede, likewise on a dark background the dark colours will recede diminishing the contrast. A doily that looks amazing on the bed of a scanner, may look less so on a table. When scanning or filming a neutral background colour will give the best results. A plain file folder in light beige, about the colour of the palm of your hand makes a good neutral surface to show off all the colours of your lace.

Jenn tatted the Small Rainbow Motif pattern from Frivole in Lizbeth dark blue thread size 20 instead of rainbow coloured thread to go on her Christmas tree.

Muskaan has been experimenting with padded chains in size 20 thread. Follow her stitch counts and experiences on her blog. 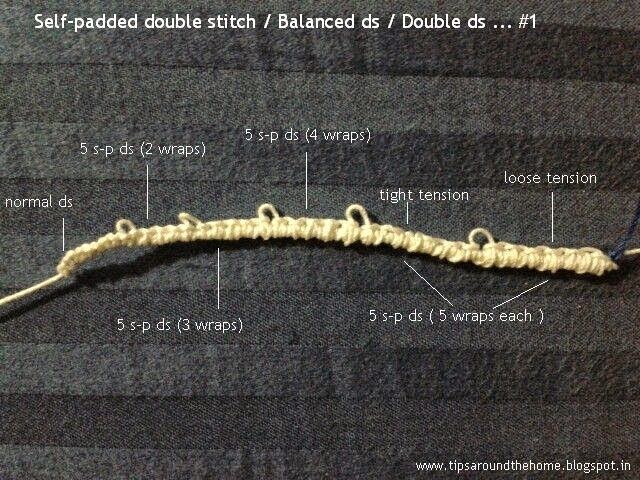 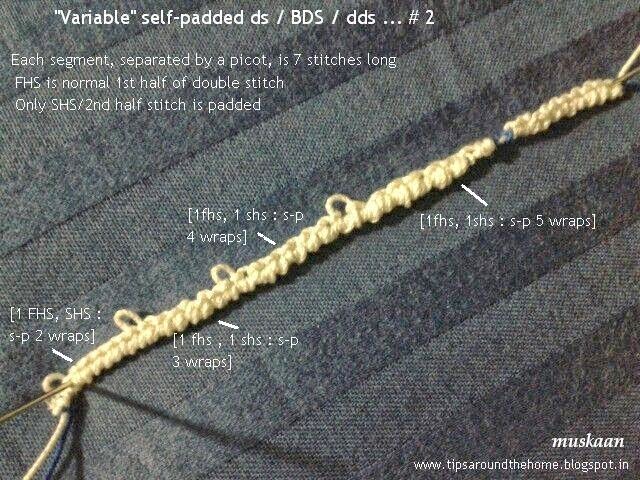 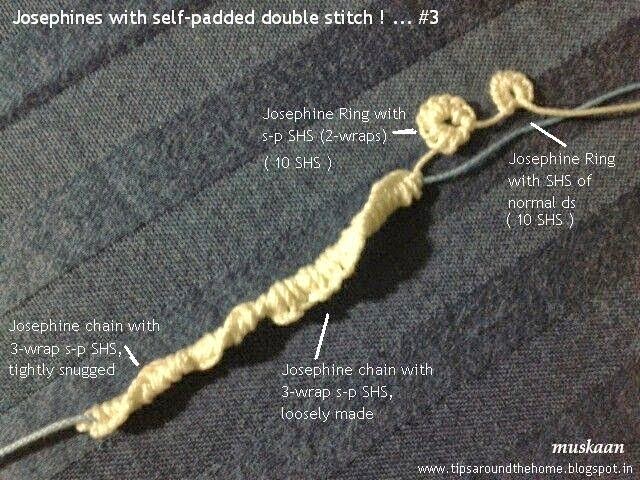 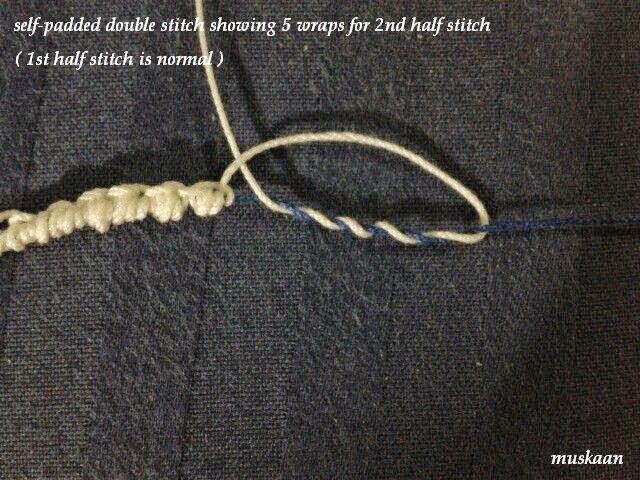 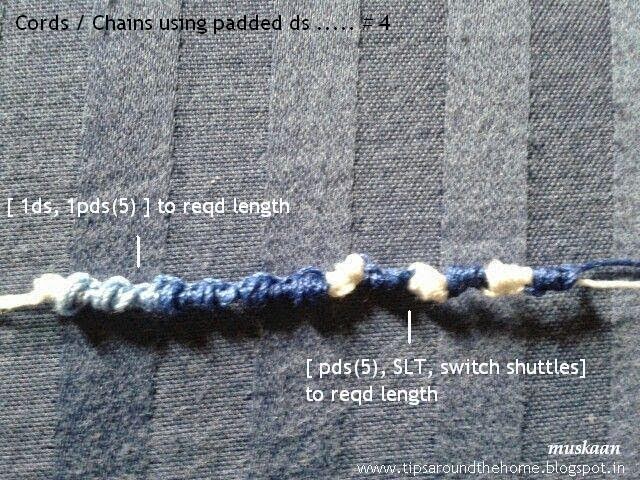 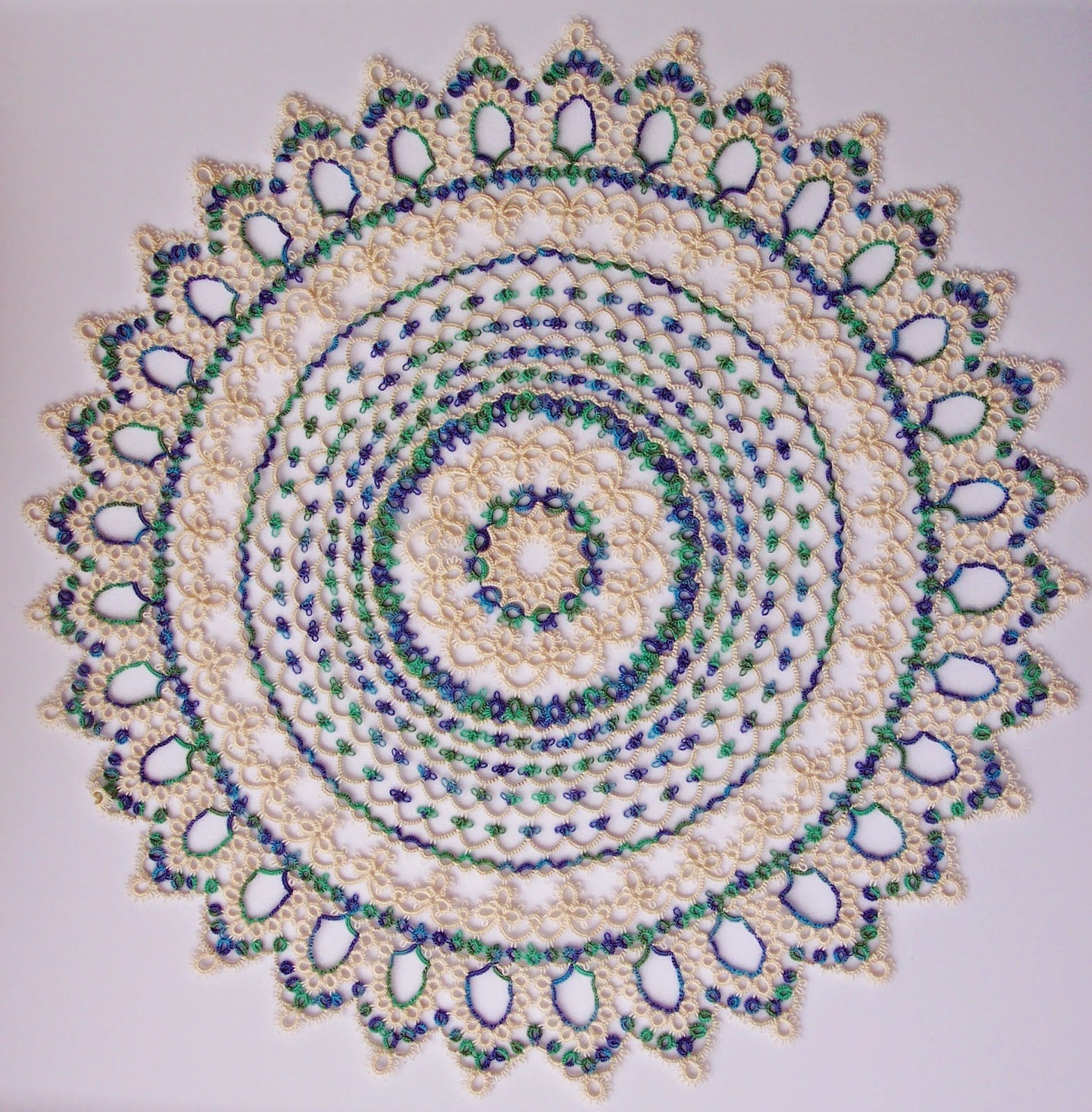 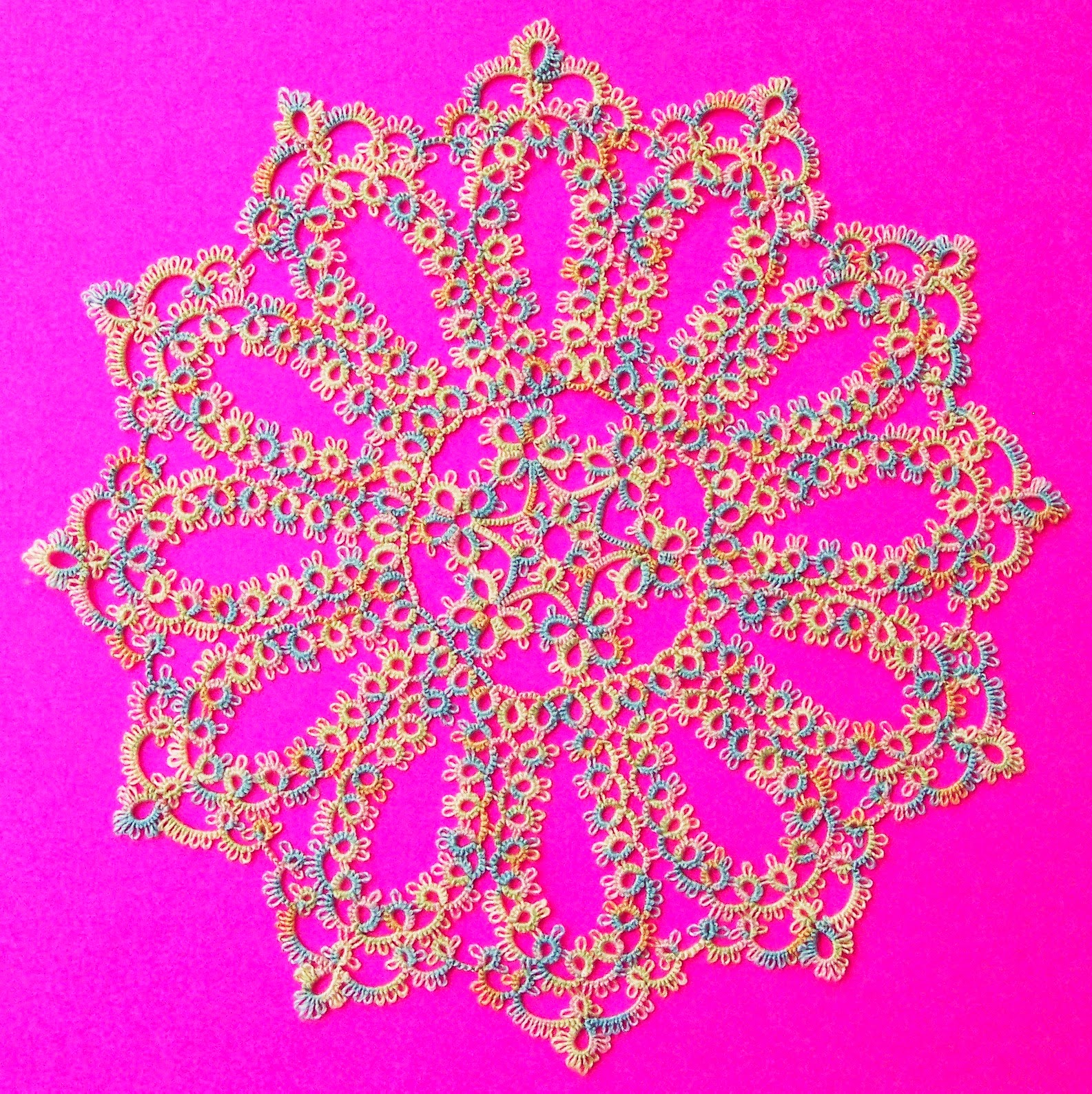 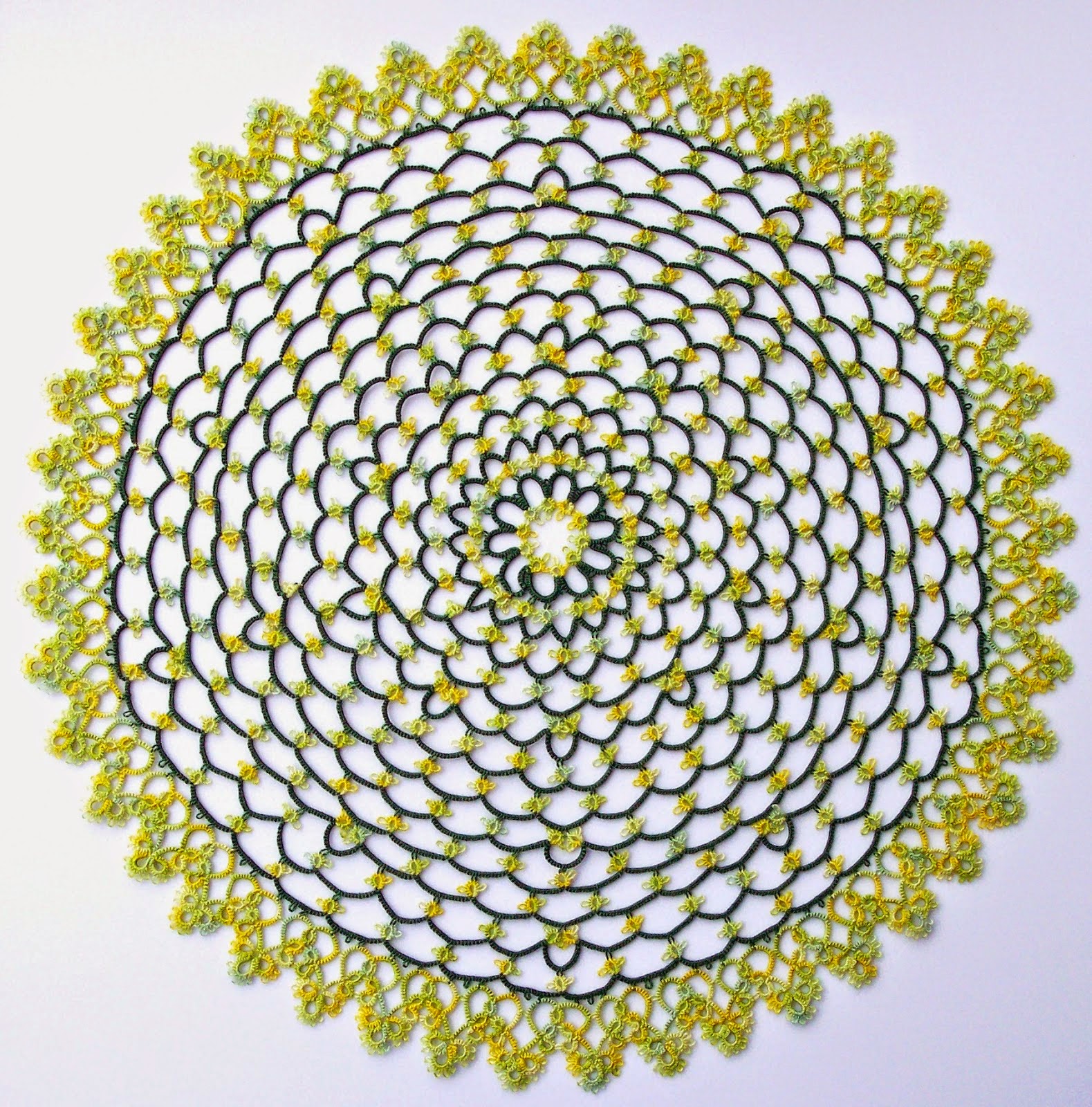 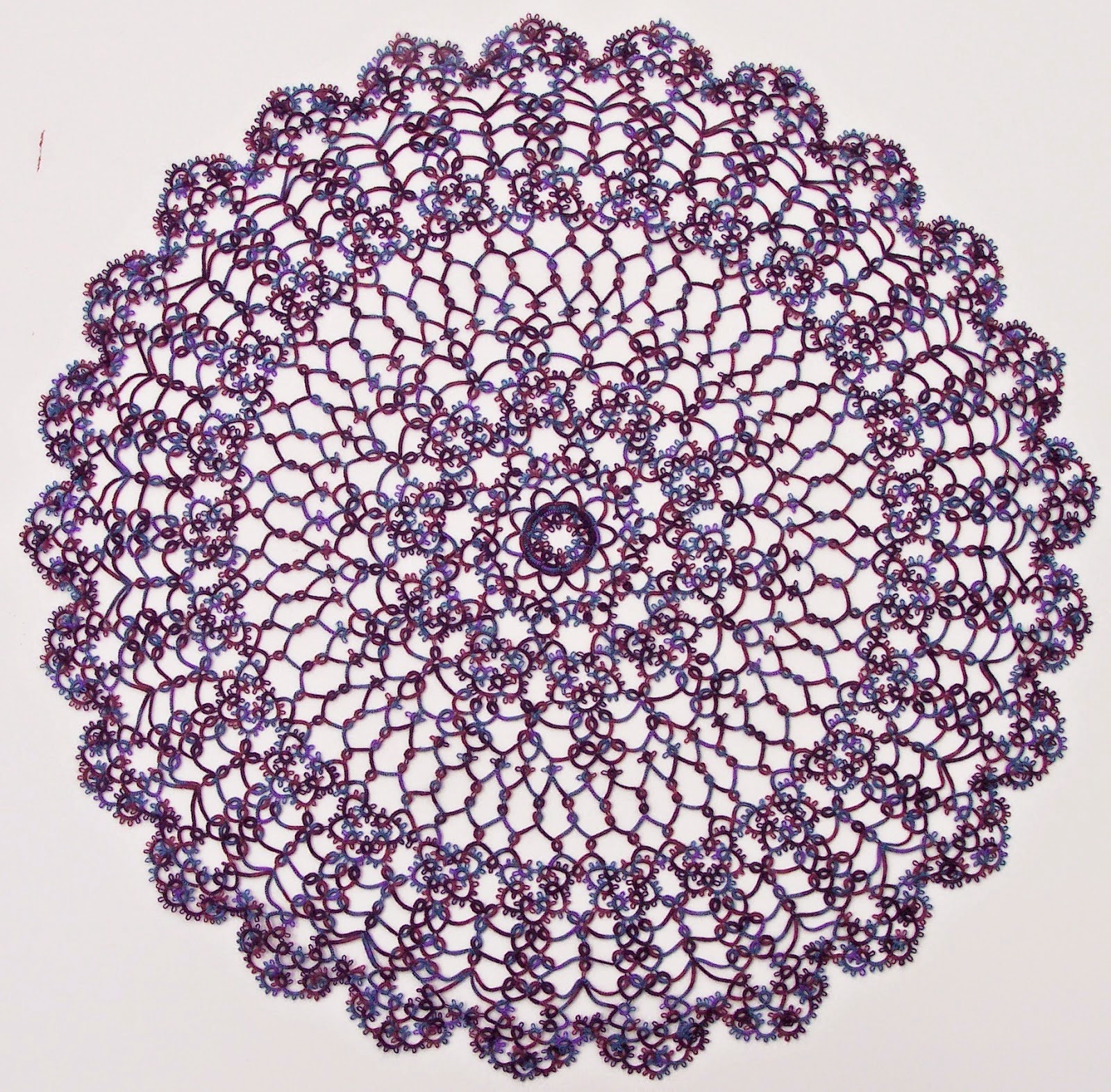 Sue shows us some of the tatted lace that was on display when she and her friend were demonstrating lacemaking. This edging is a pattern by Jane Eborall that will eventually be added to this vintage hanky. 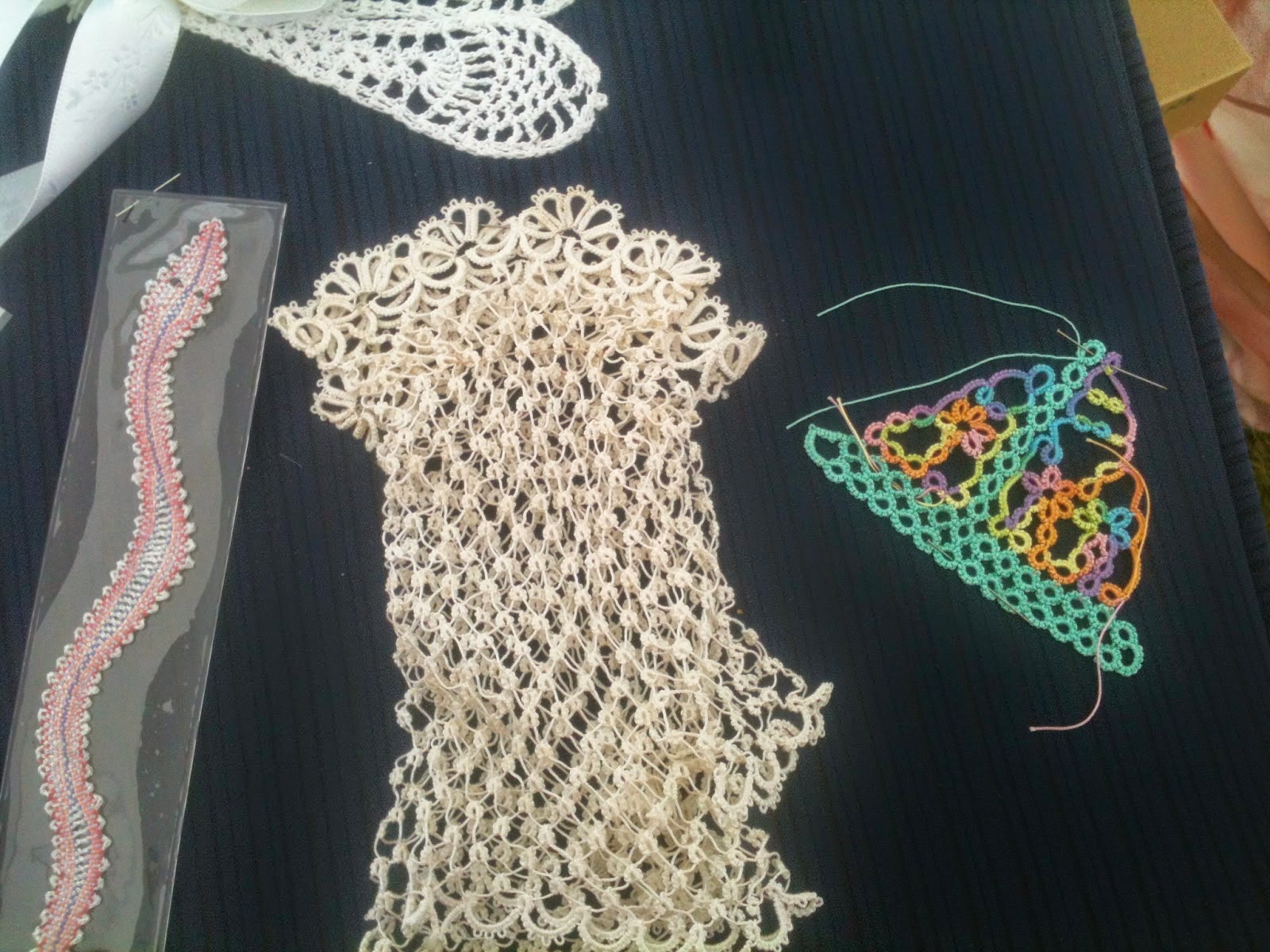 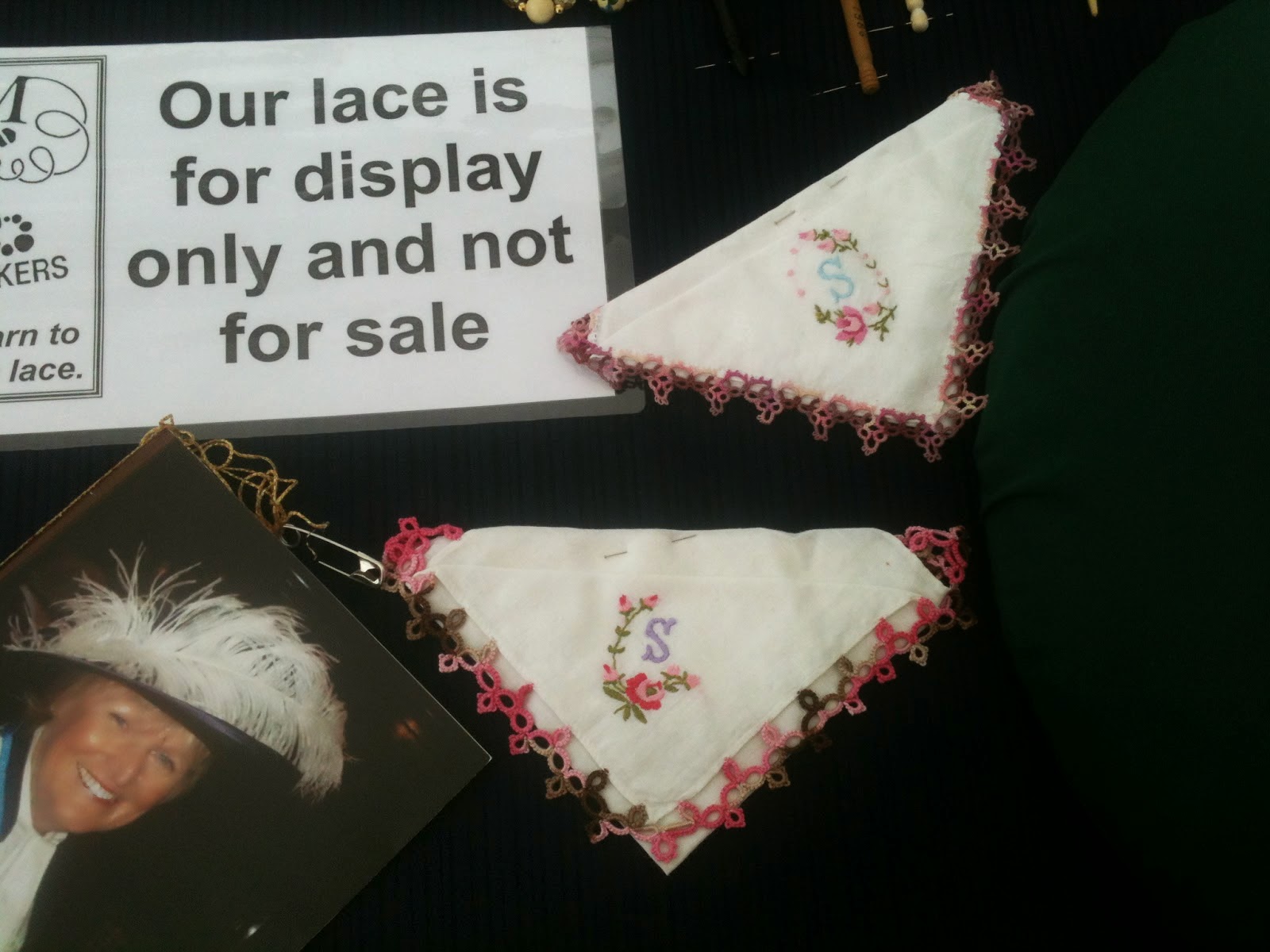 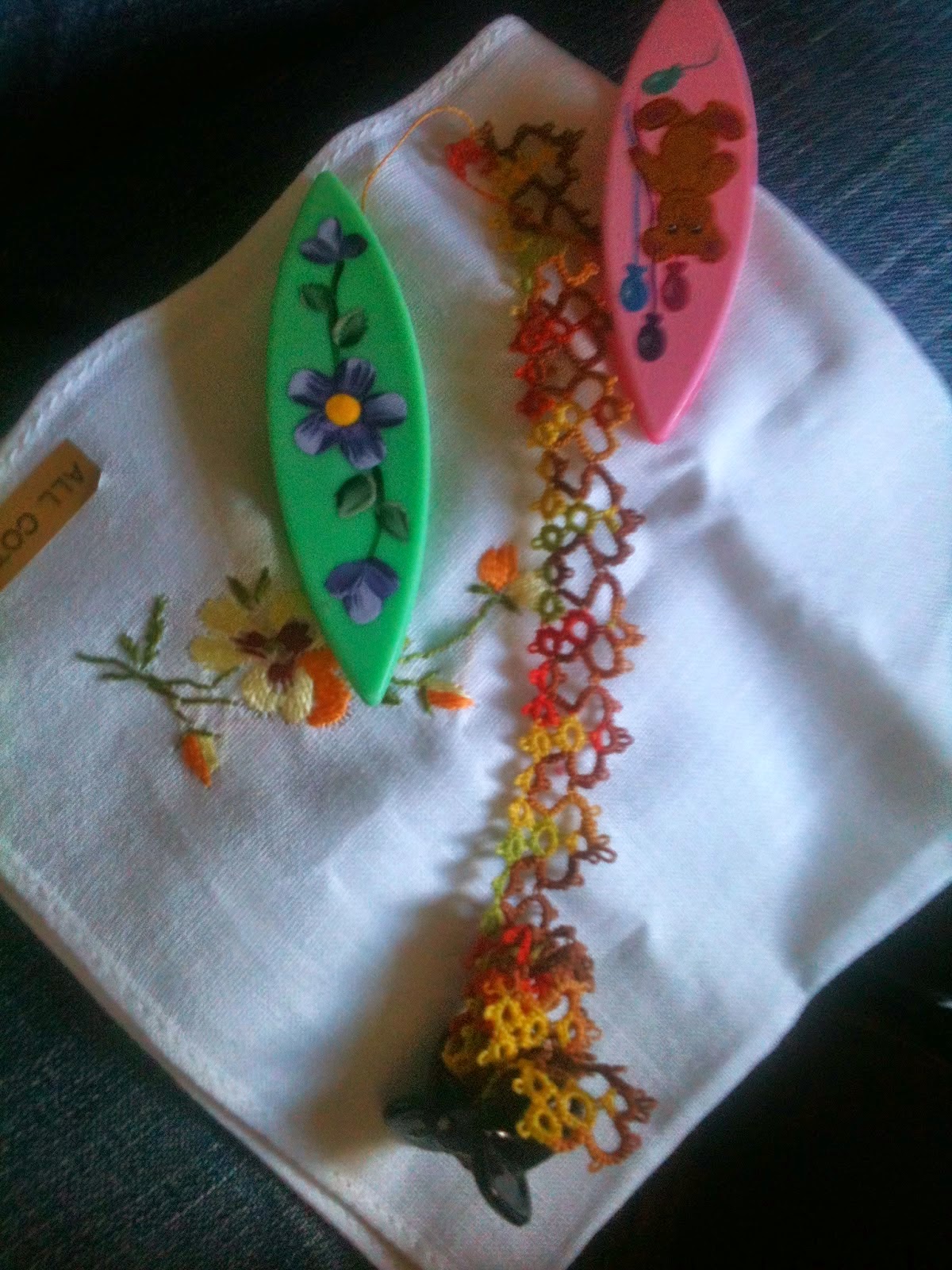 Cigdem has created a pink and burgundy confection with pink quartz, freshwater pearls in dyed burgundy, Japanese seed beads and faceted crystals, she calls Summer Night. The necklace has a matching set of earrings. 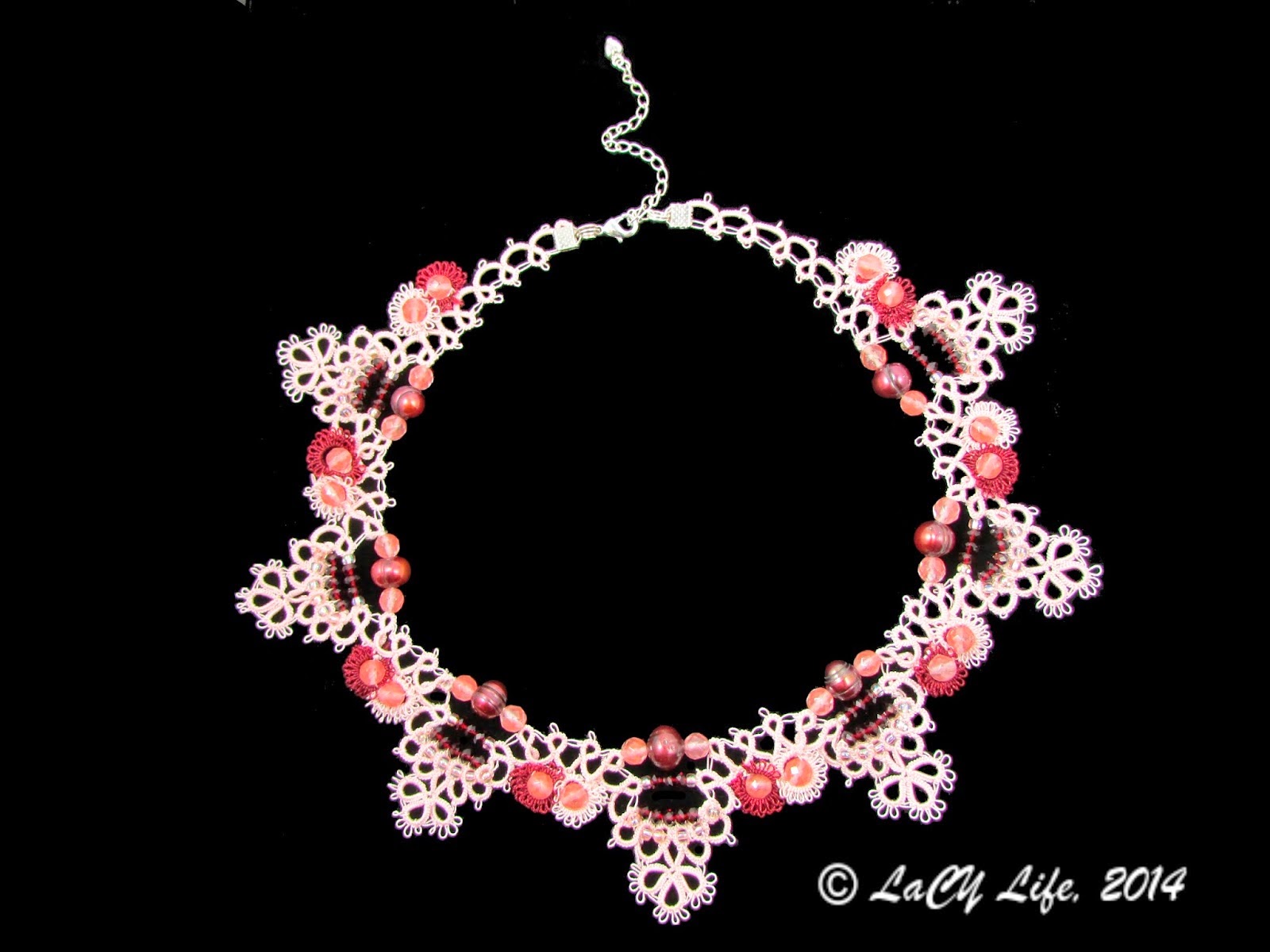 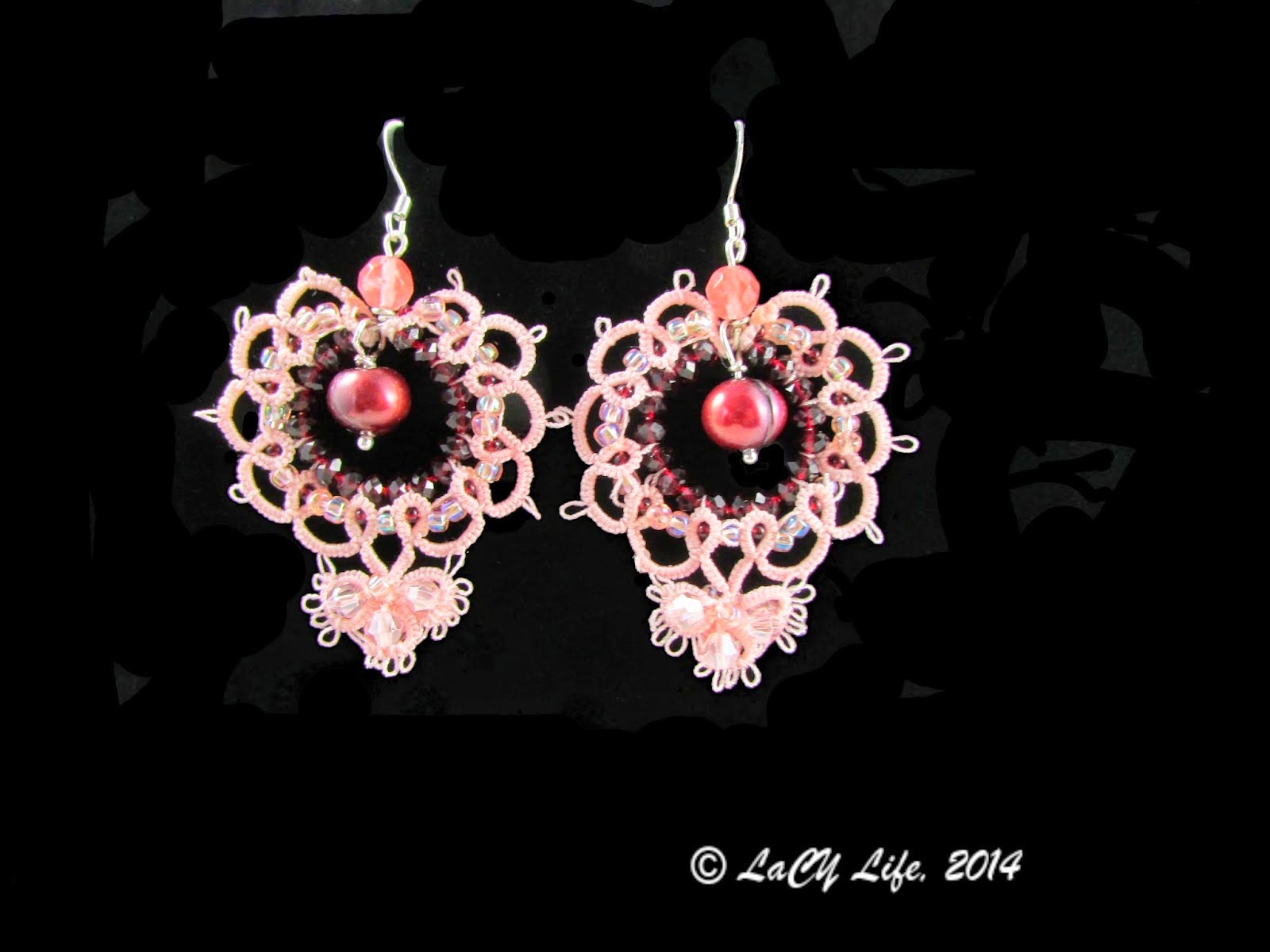 mb duke tatted Jane Eborall's flamingo in Lizbeth Pink Blossoms size 40 which will be framed and given to her son's teacher who collects flamingos. 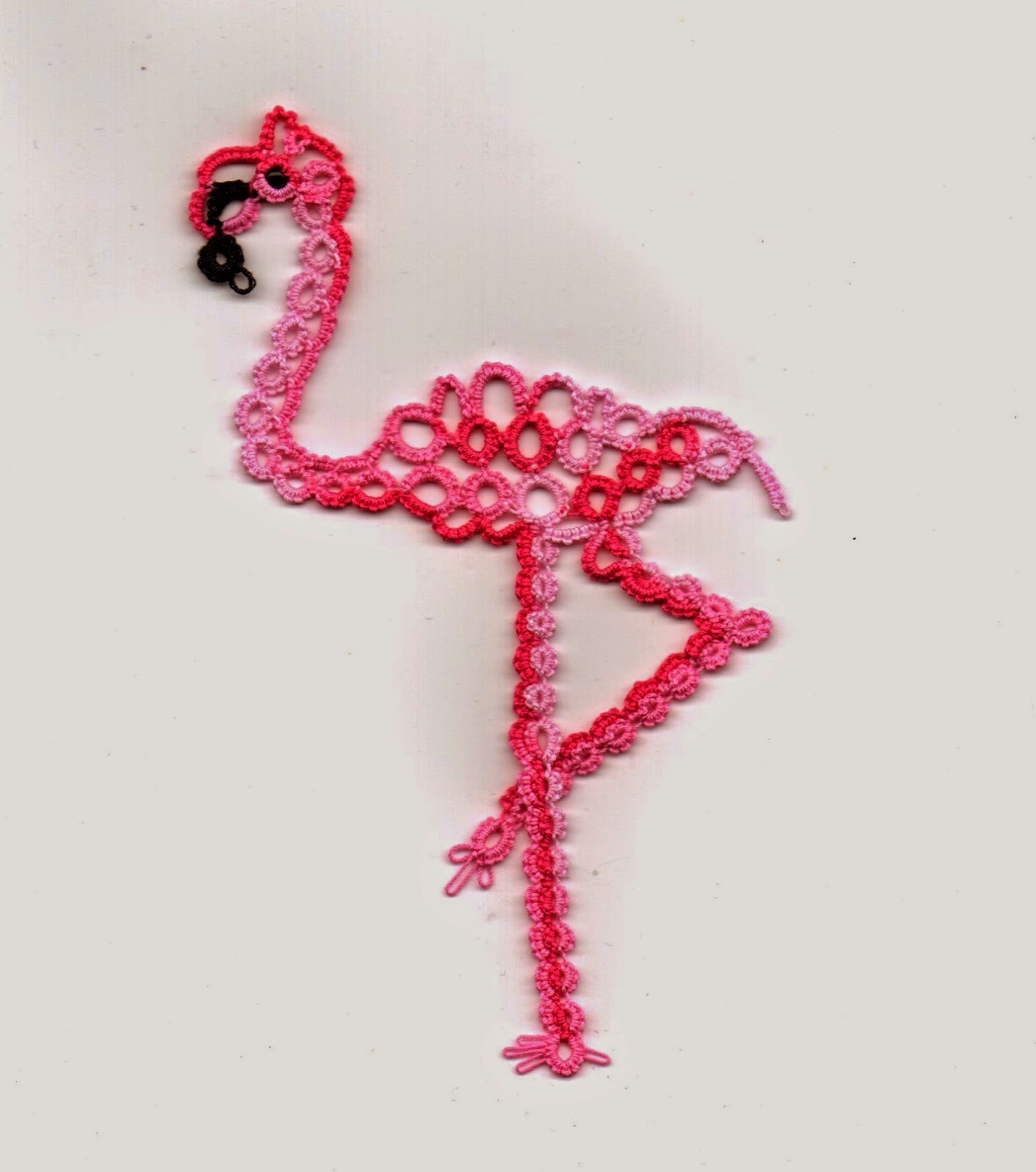 Nancy loves the red, white and blue in this doily by Betsy Evans. 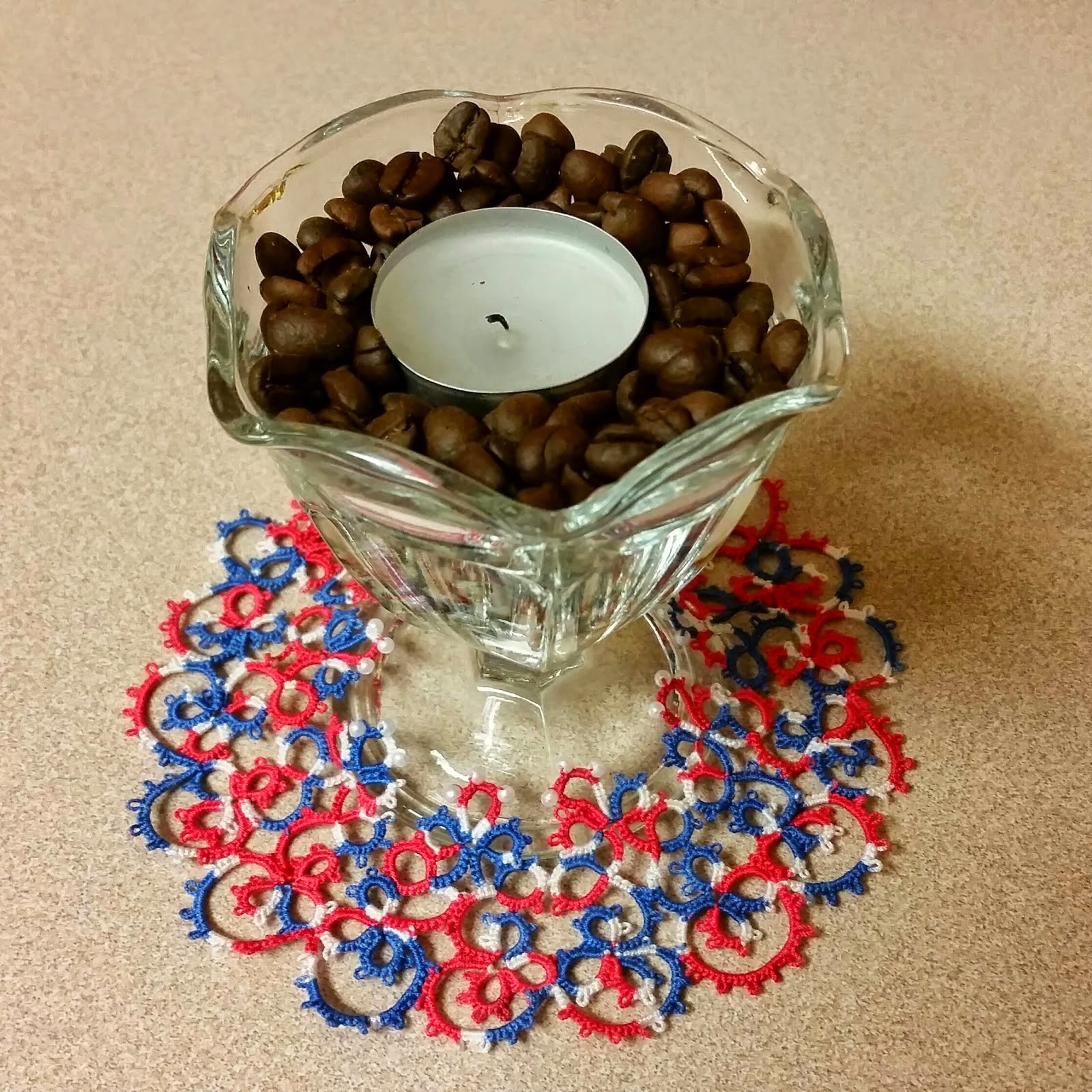 Diane has started Renulek's Letnia in size 20 Lizbeth, #185, Arctic Waters. She's also working on another snowflake designed by Robin, Late Winter Snowflake, again in Victorian Red. She has the second round of Letnia done. The next spoke of the Late Winter Snowflake is also completed. 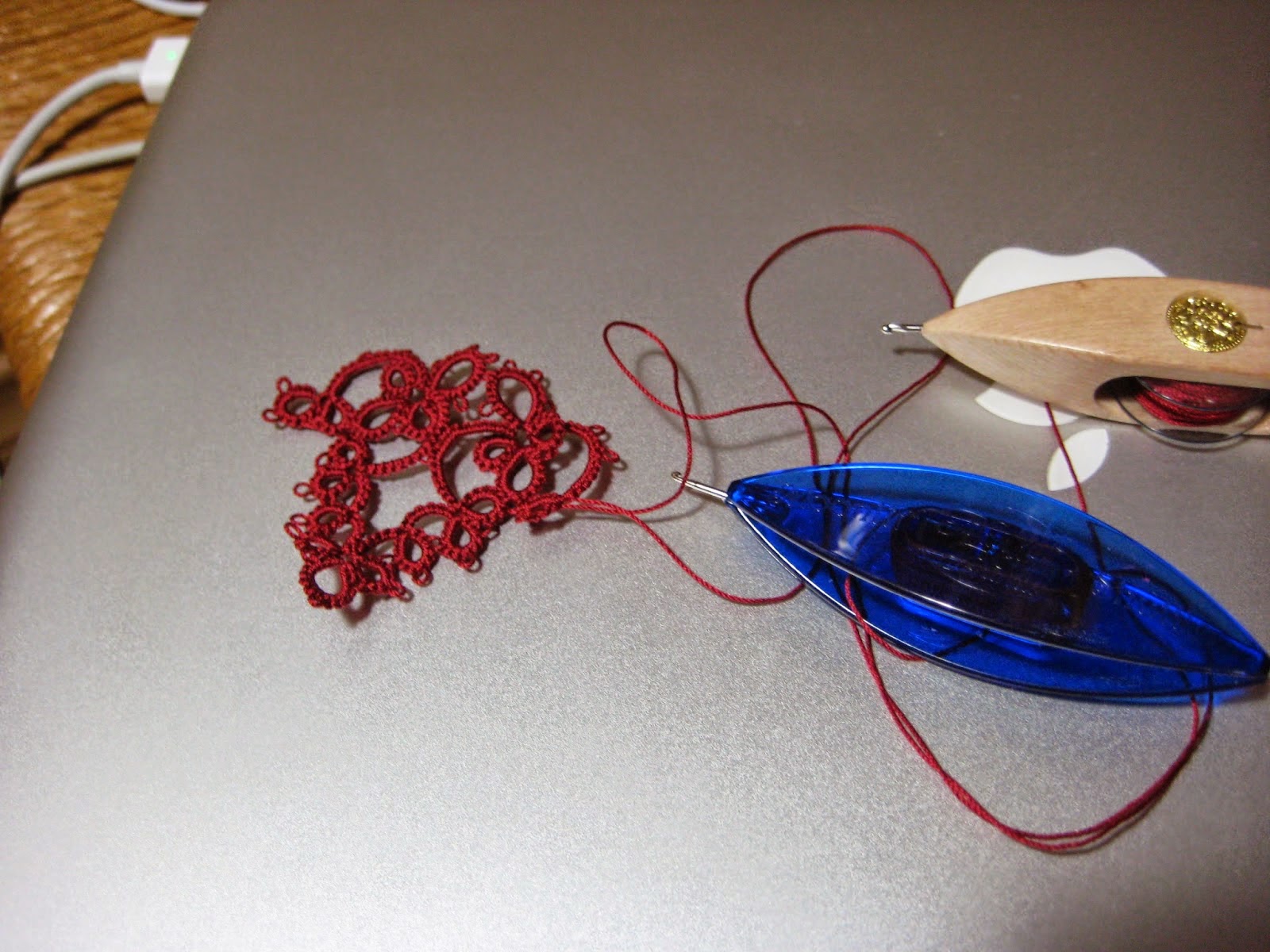 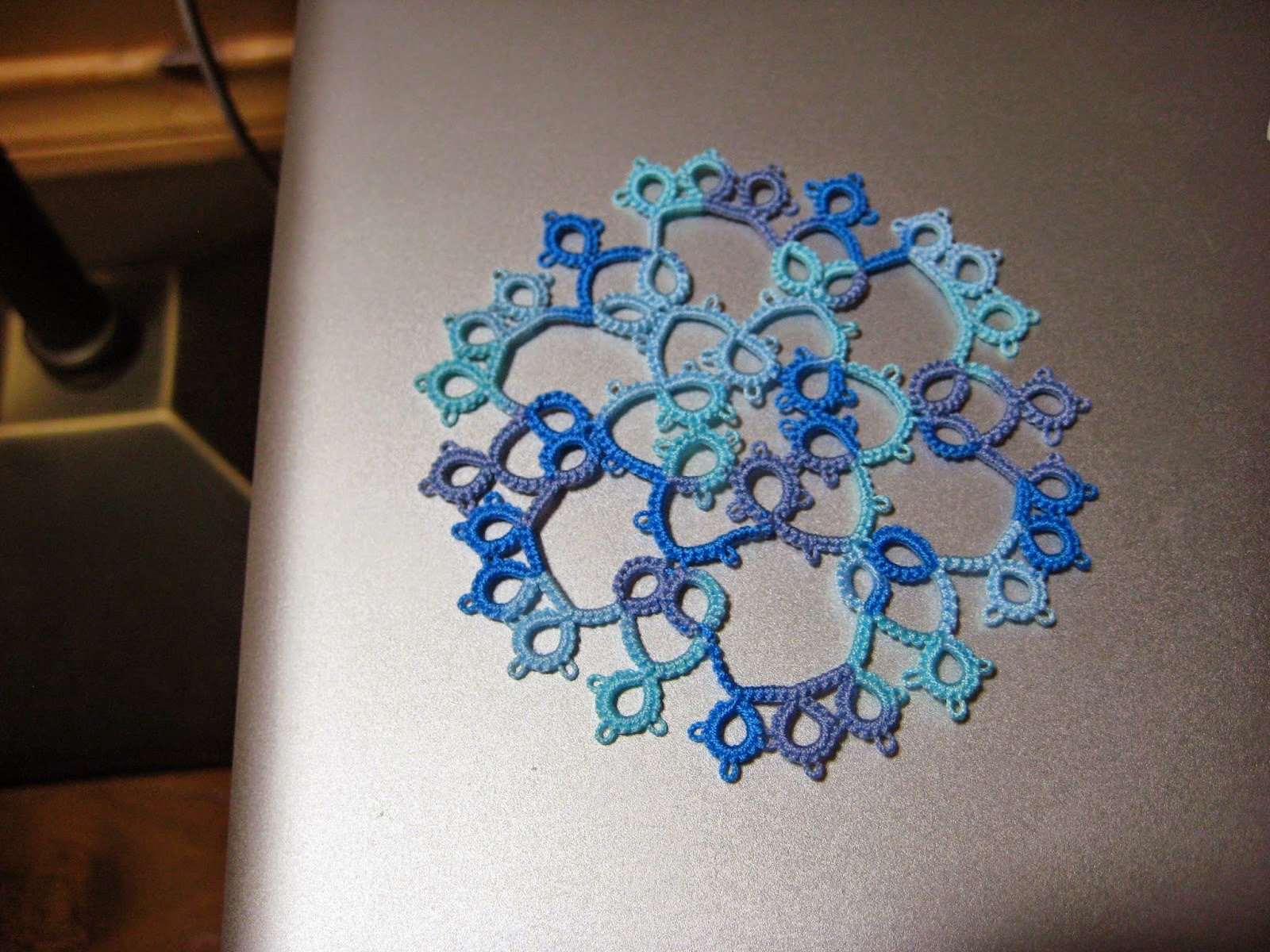 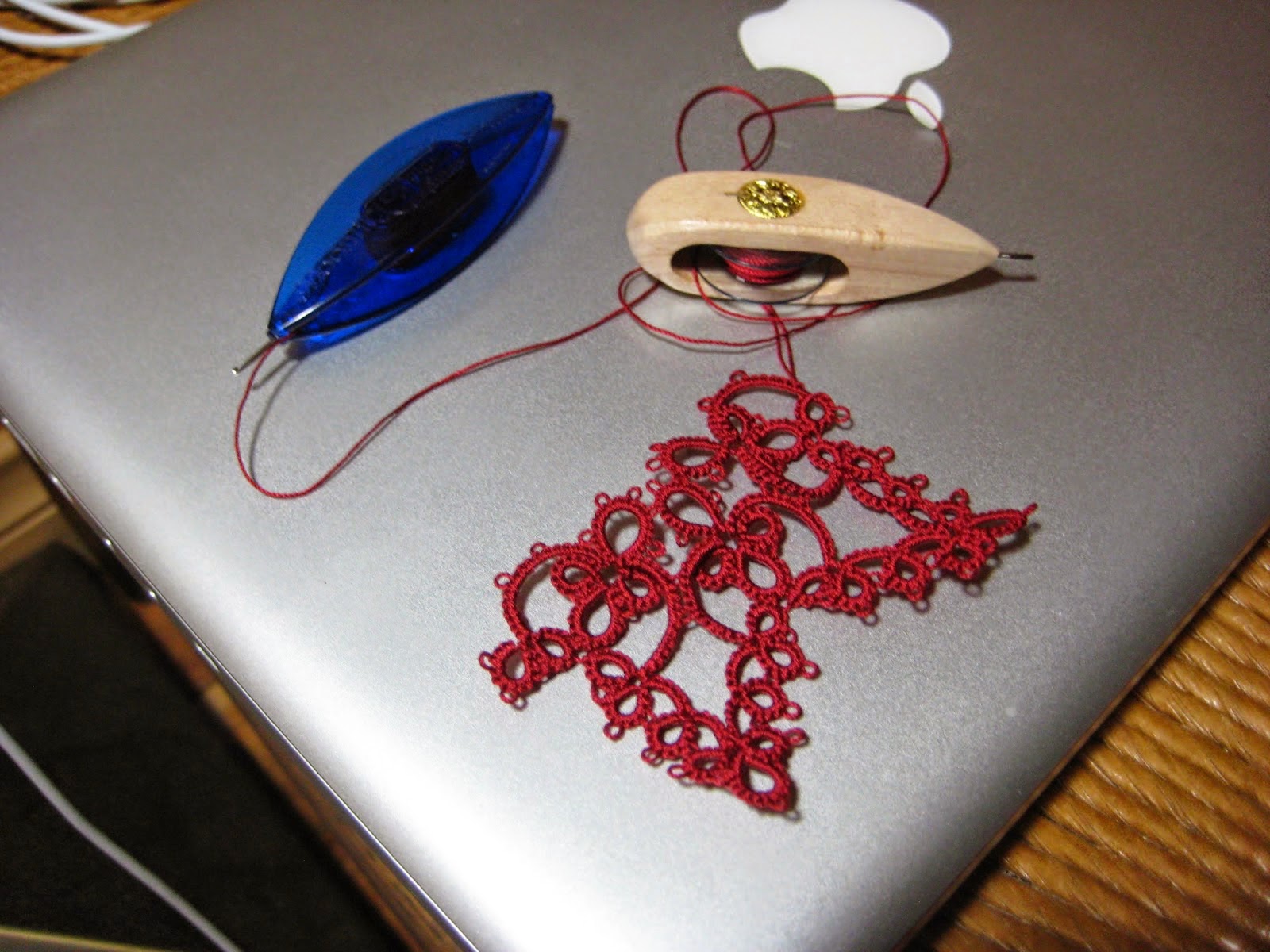 Fox found tatting this motif from the Tatting booklet by Myra Piper, in Anchor Perle #12 a nice change from the Lucky Clover doily. The Lucky Clover Doily by Blomqvist and Presson tatted in #80 DMC with #11 Delica Beads is done and looking charming. Stephanie Wilson tatted this Ben Fikkert Pattern in size 80 and was the inspiration for Fox to take on tatting in finer threads. 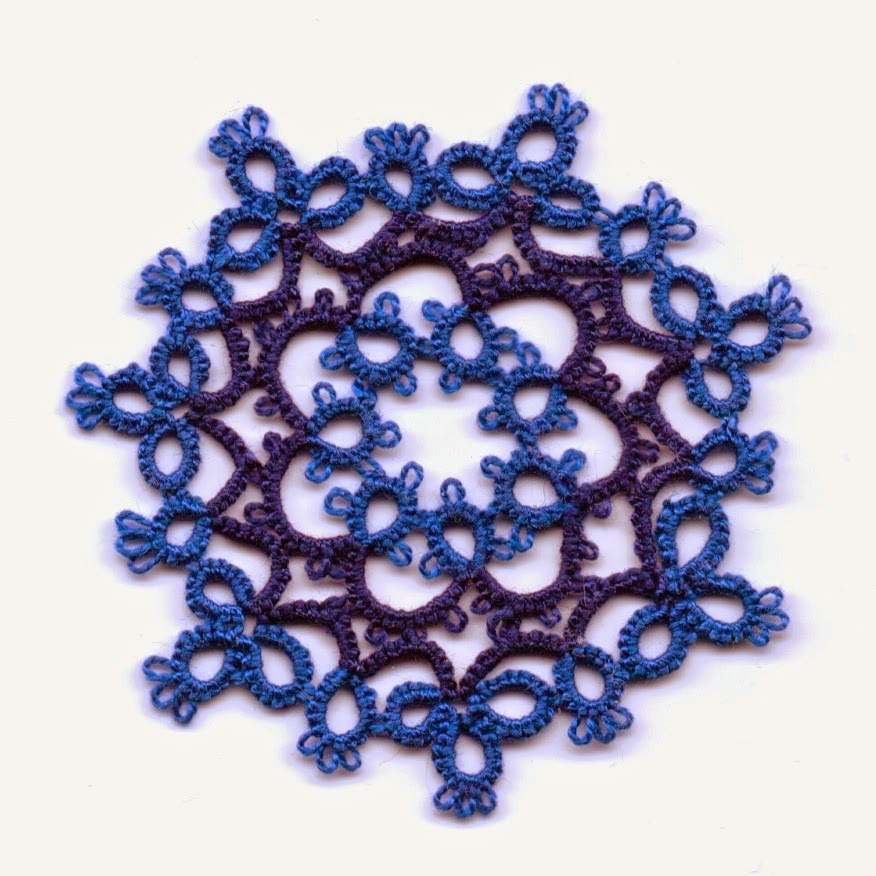 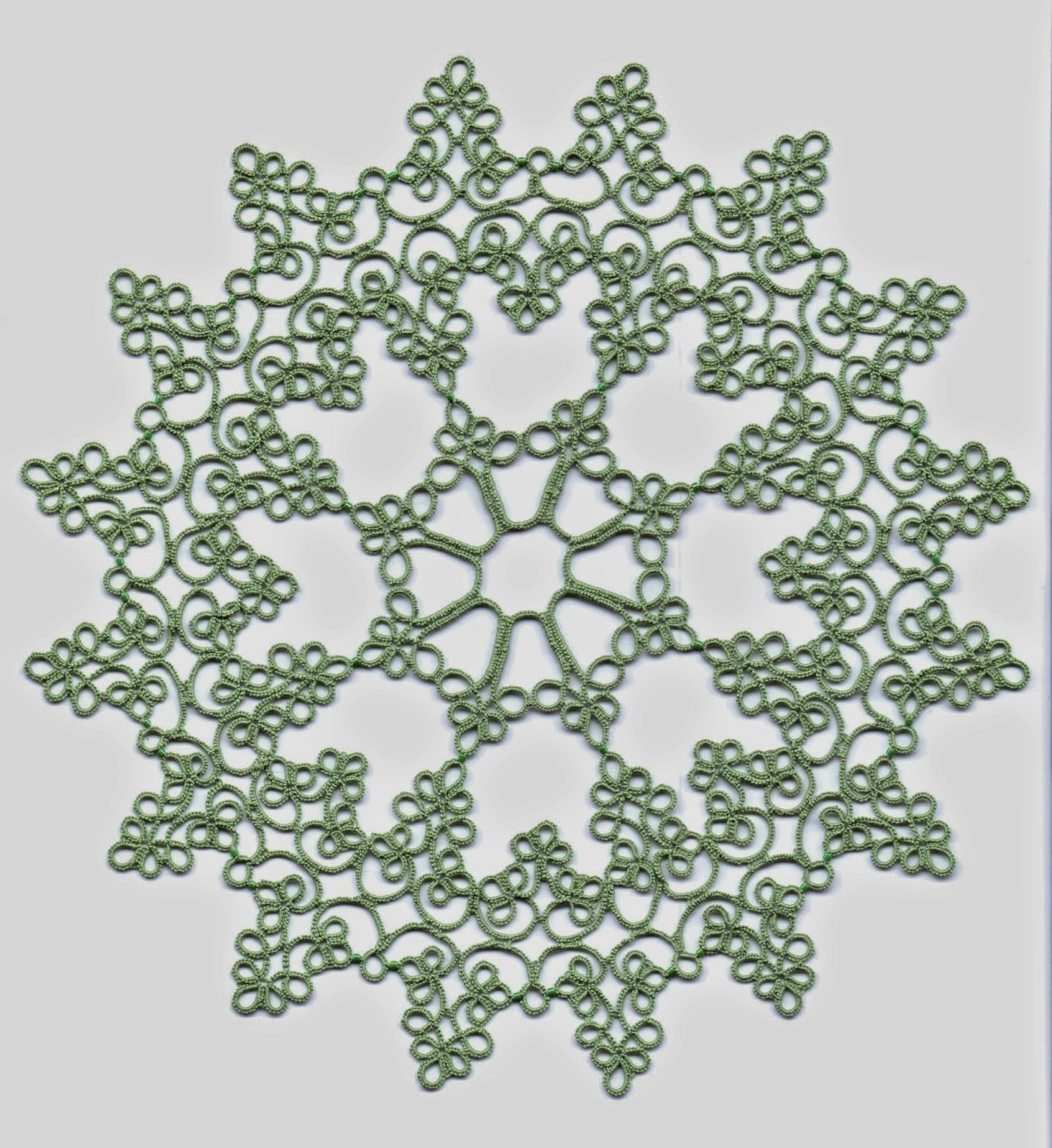 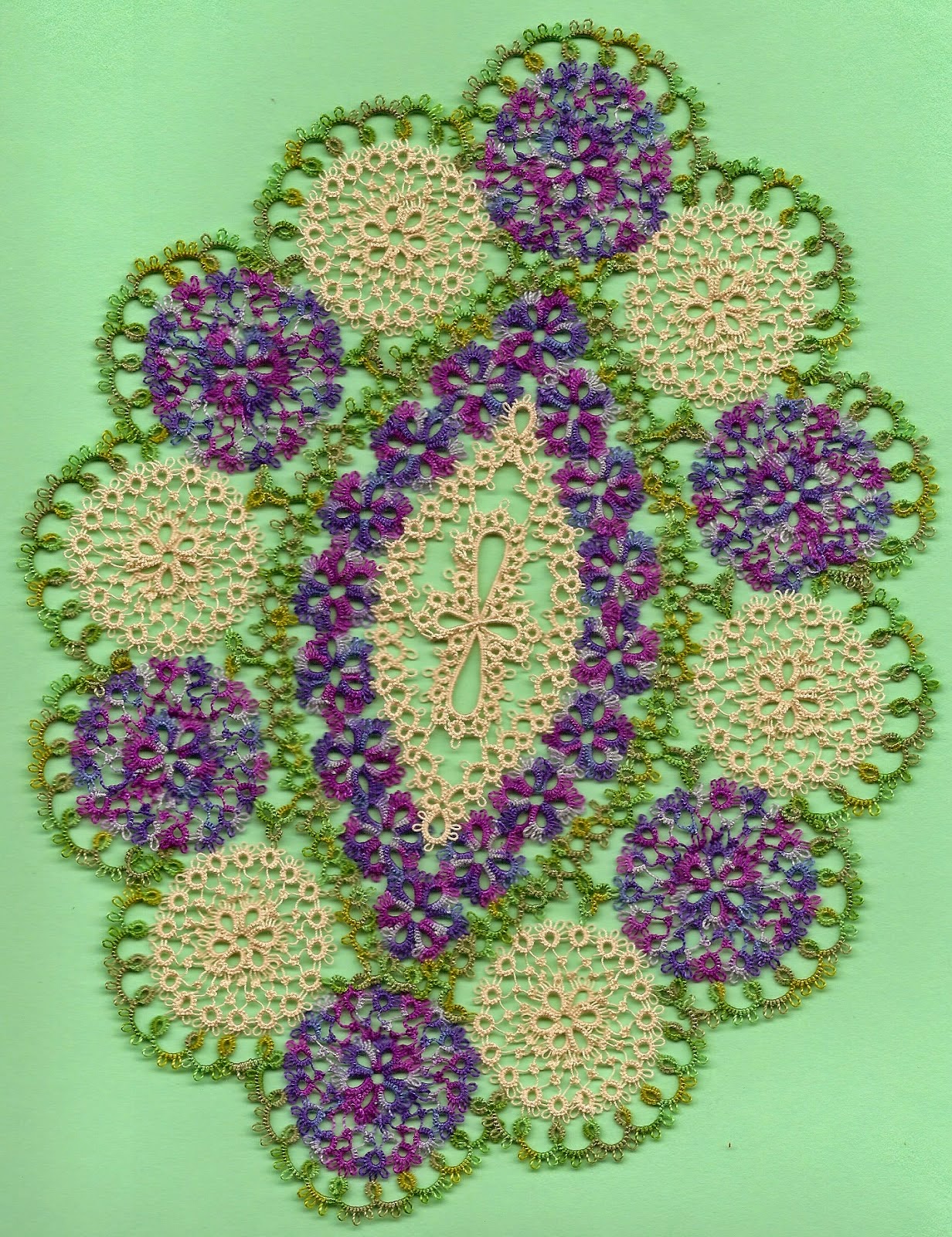 Margaret made these Cymbidium Orchid Earrings for a visiting family friend to take home to his sister. 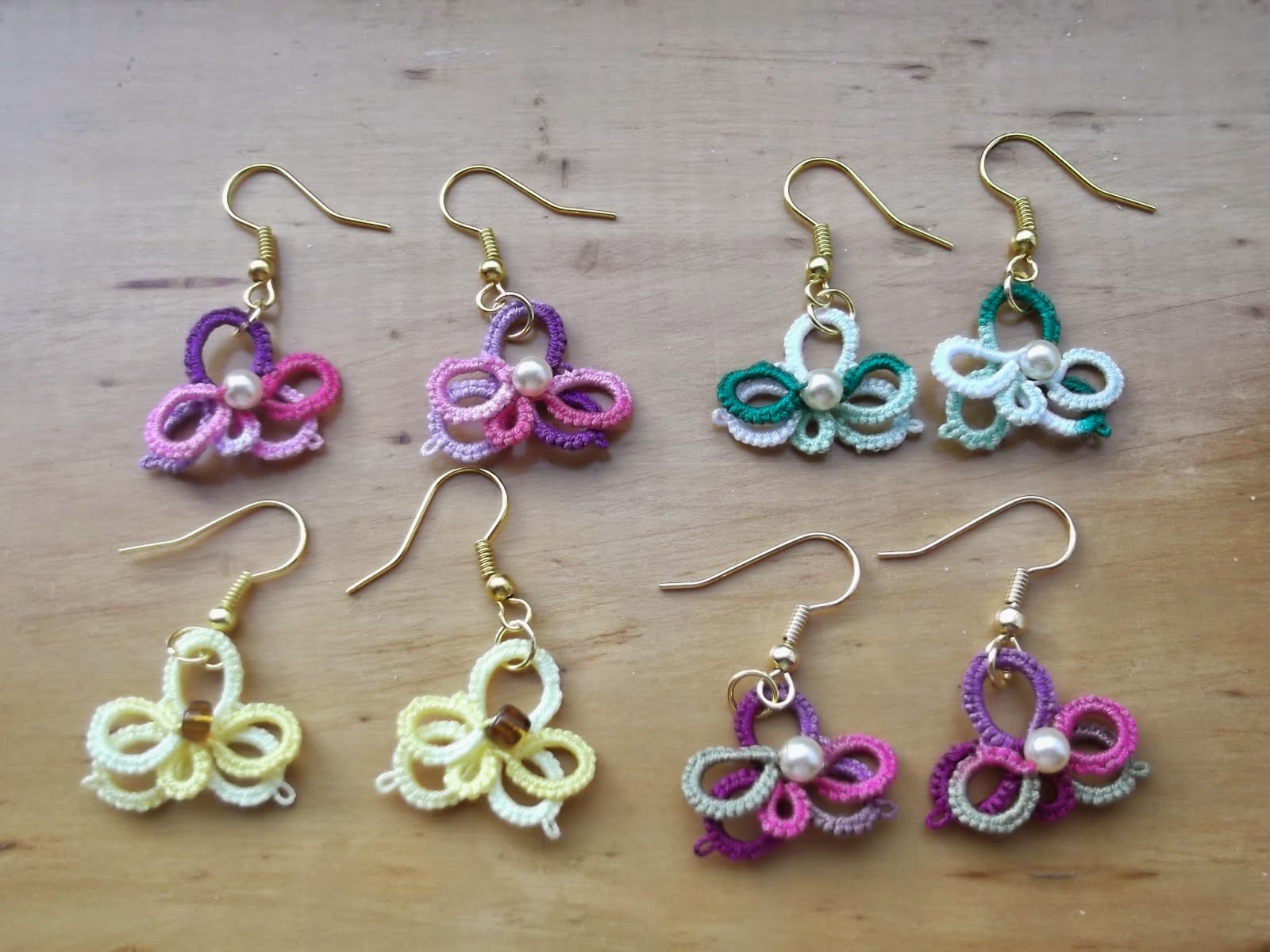 Marie took four tries to make this square pendant with two strands of gold, metallic sewing thread, around a focal bead and a flattened bead for the drop.