Sue has made progress on her hat which looks blue in this picture, although it's really cream. 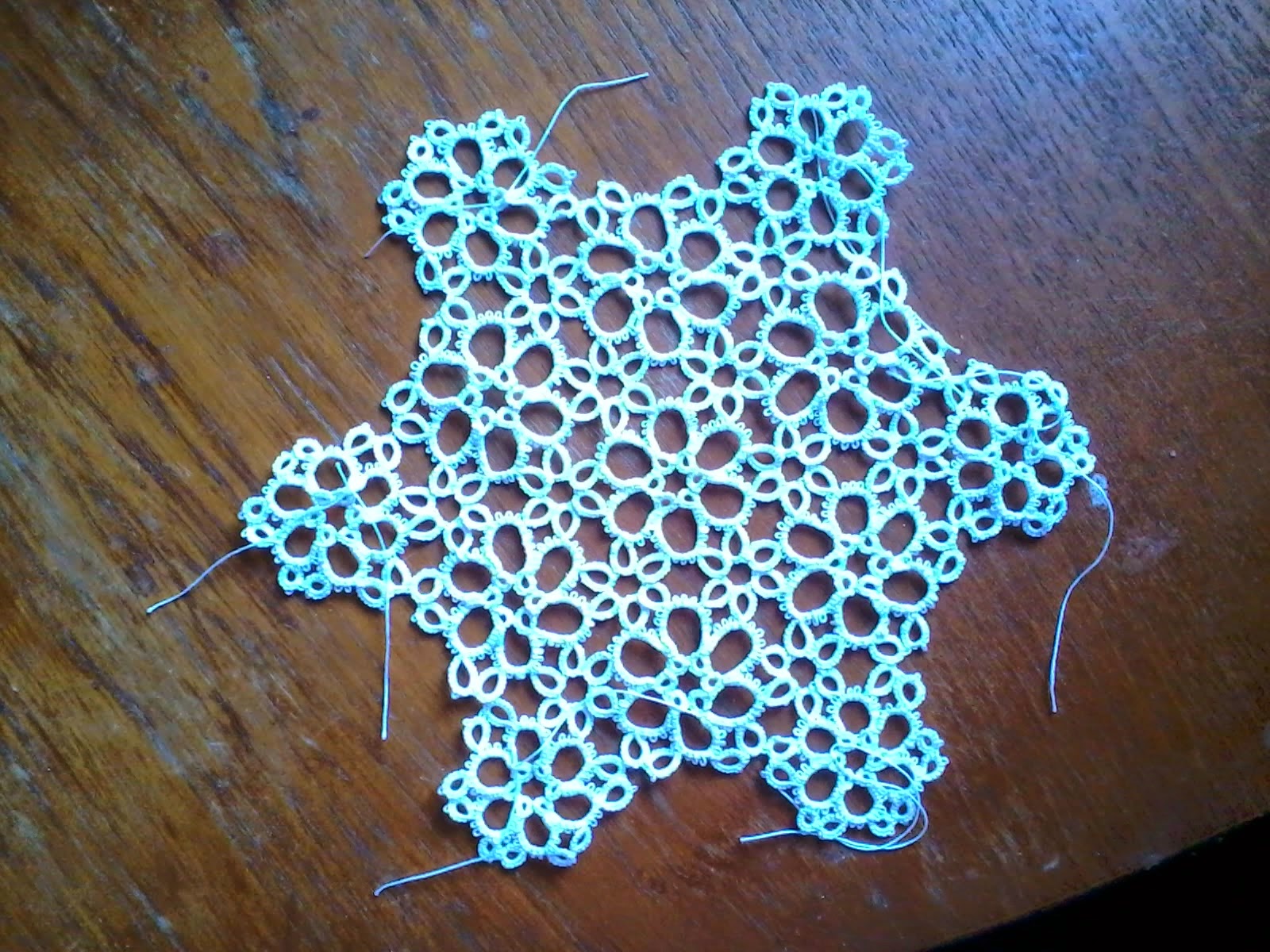 Phyllis did a whole collection of tatted hairclips while she was on her holidays using either size 10 or 20 Lizbeth or hand dyed threads by her or Jess. The peacock is the project she worked on while on the plane and it's from the book OCCHI Schiffchenspitze Frivolite by Leopold Stocker Verlag worked in size 20 Lizbeth in Fern Green Med. and Blue River Glades. Her four Tat Days quilt blocks are now complete, pressed and will be put in an envelope and mailed. 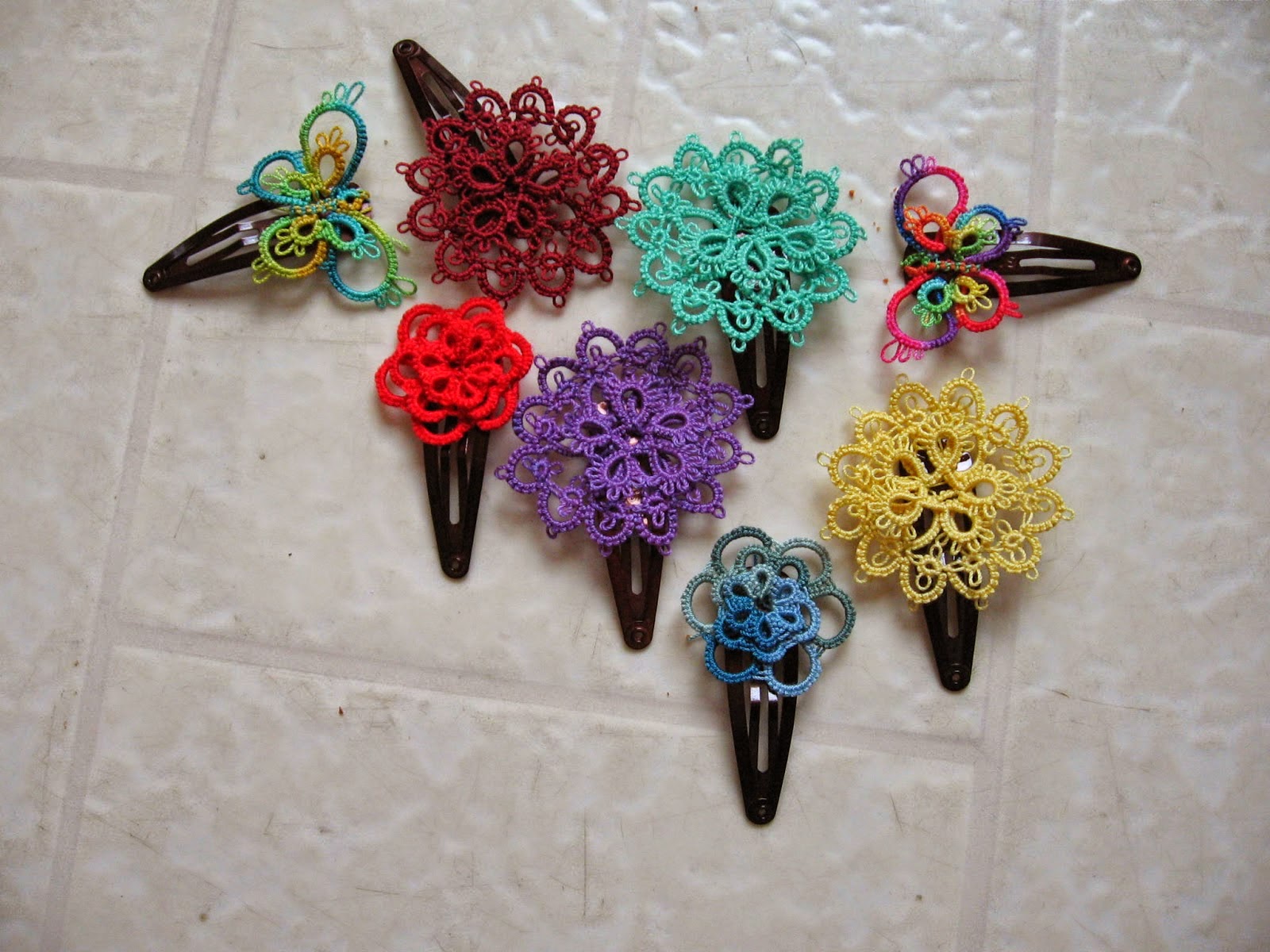 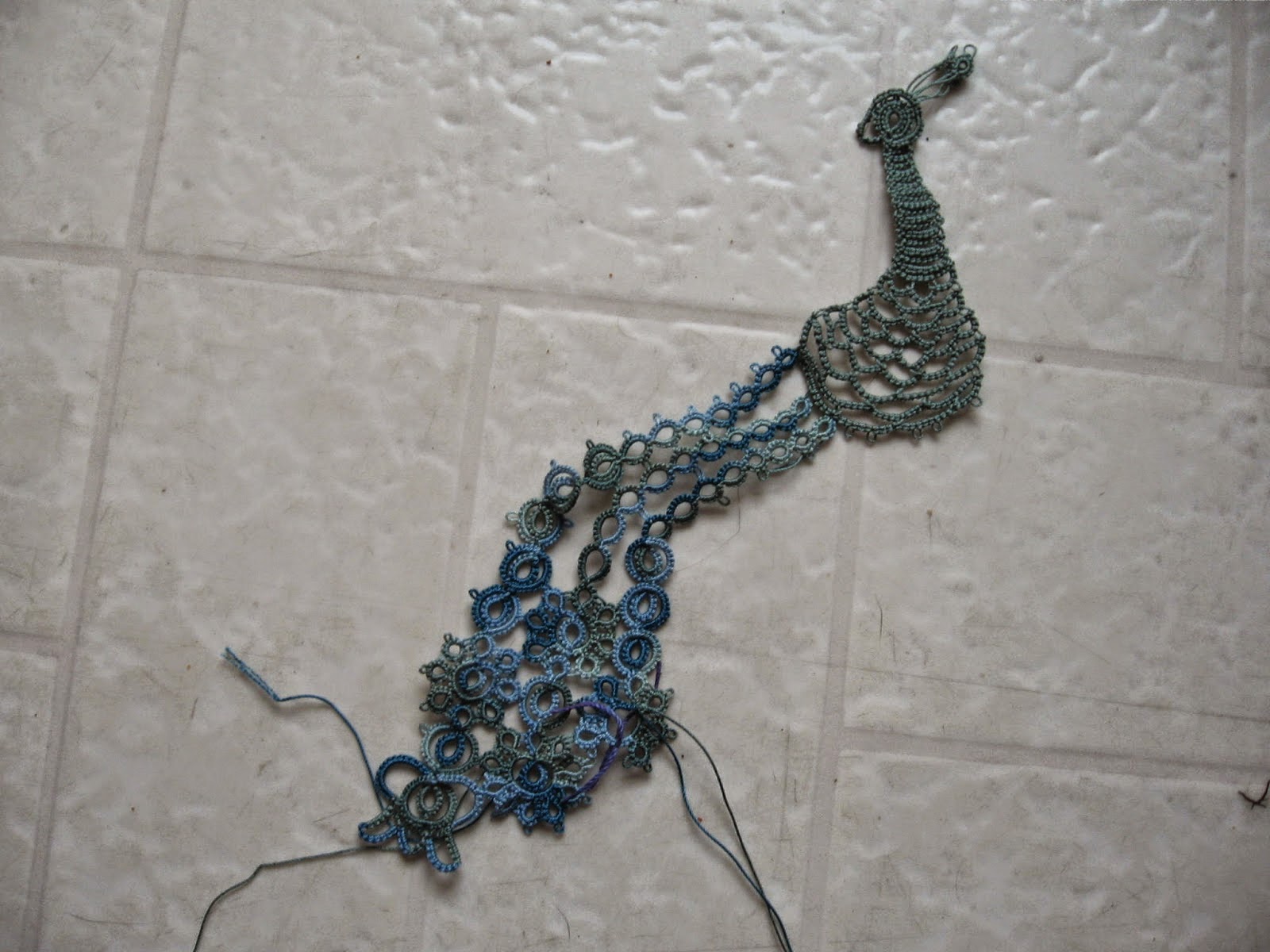 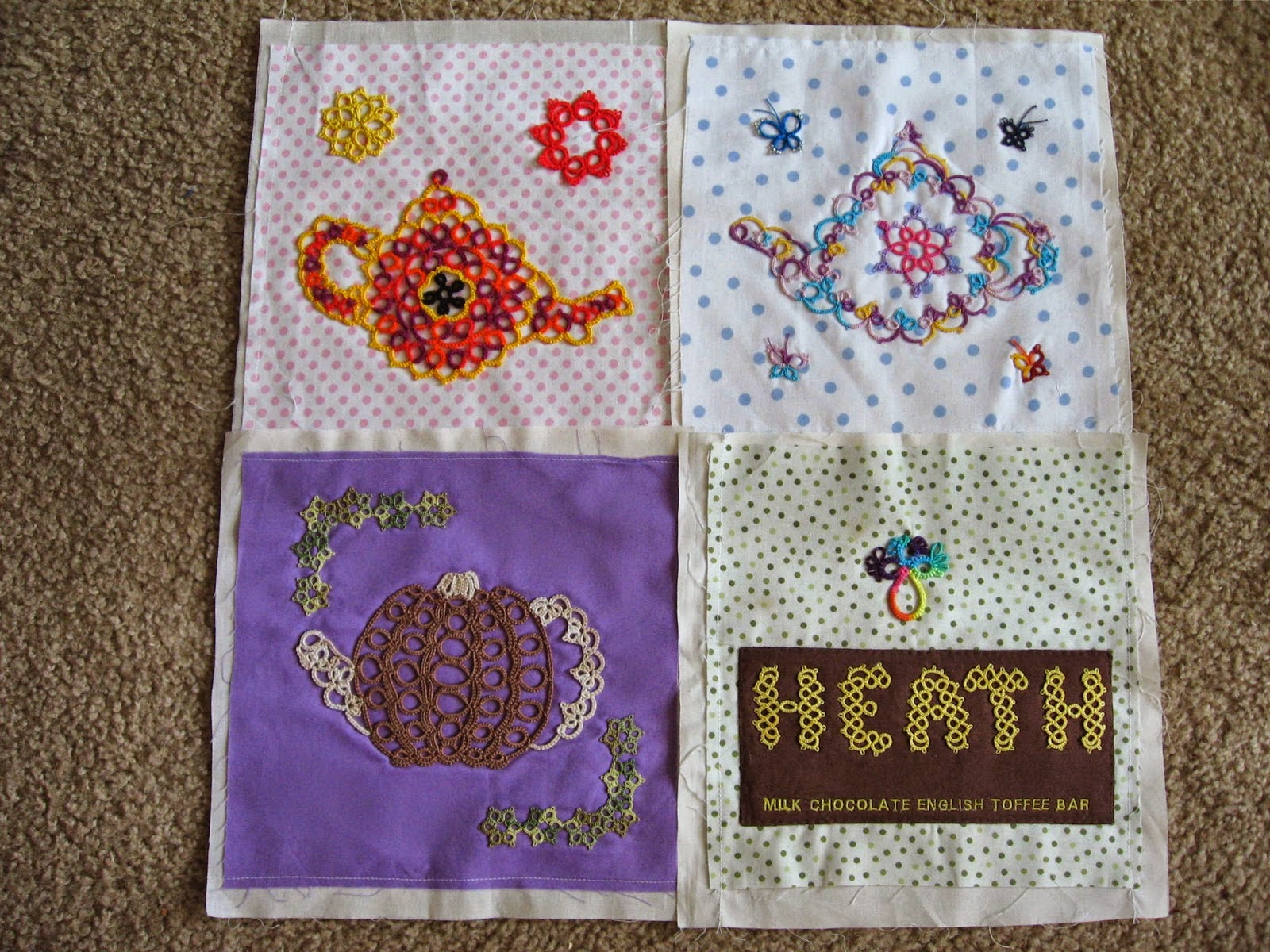 Kristen did half of a Lyn Morton pattern, in size 3 Lizbeth and decided size 3 wasn't for her. She started Jon Yusoff's Quantiesque Snowflake and decided that she wasn't happy with size 10 Lizbeth, but didn't figure that out until she had already filled the shuttle with it. She started on another of the mignonette doilies but they are are really aggravating to make when your rings won't close properly so you have to pull really hard hoping the thing will budge just a bit and instead the thread breaks. So all in all, she hasn't been tatting much lately. 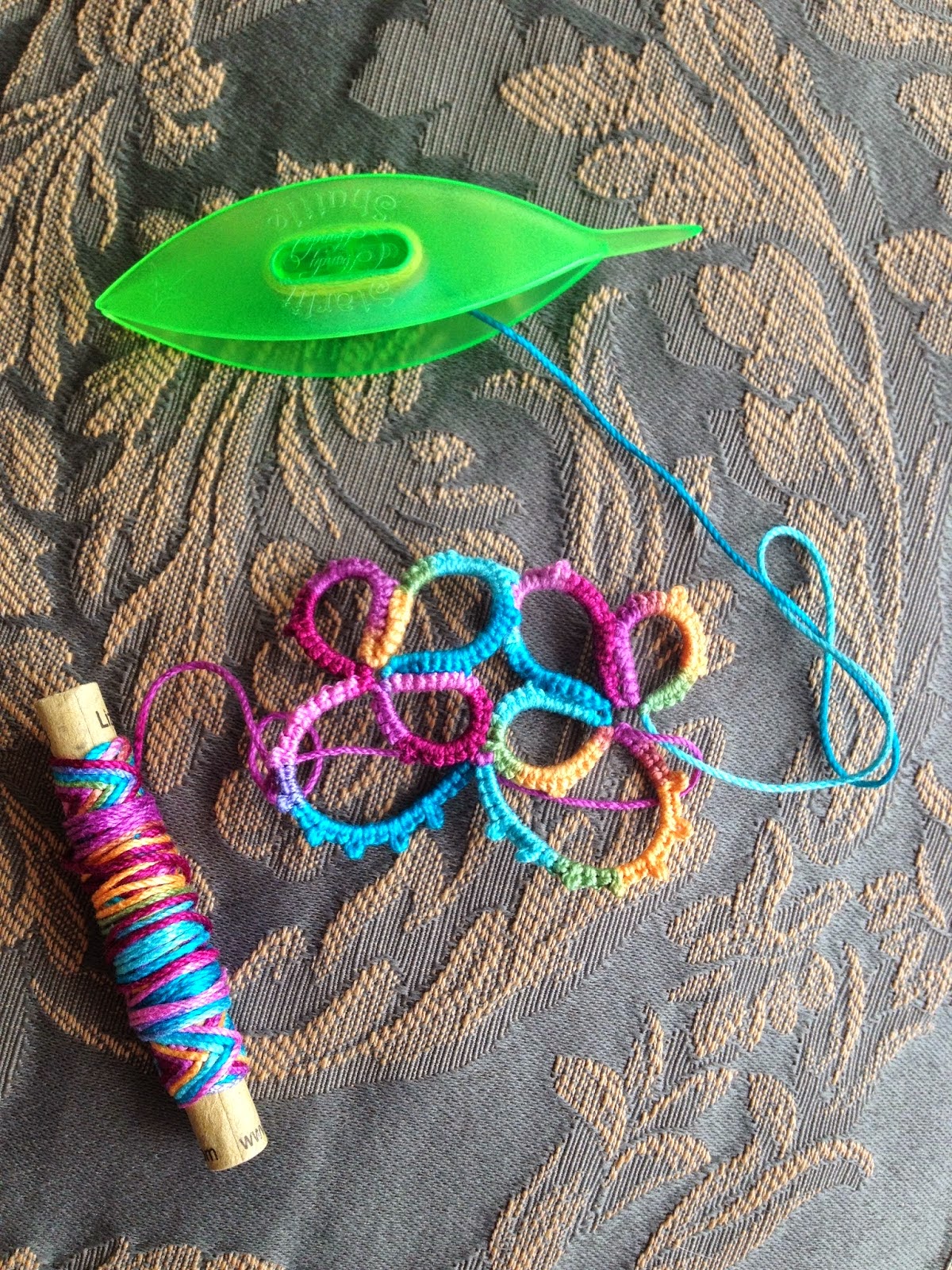 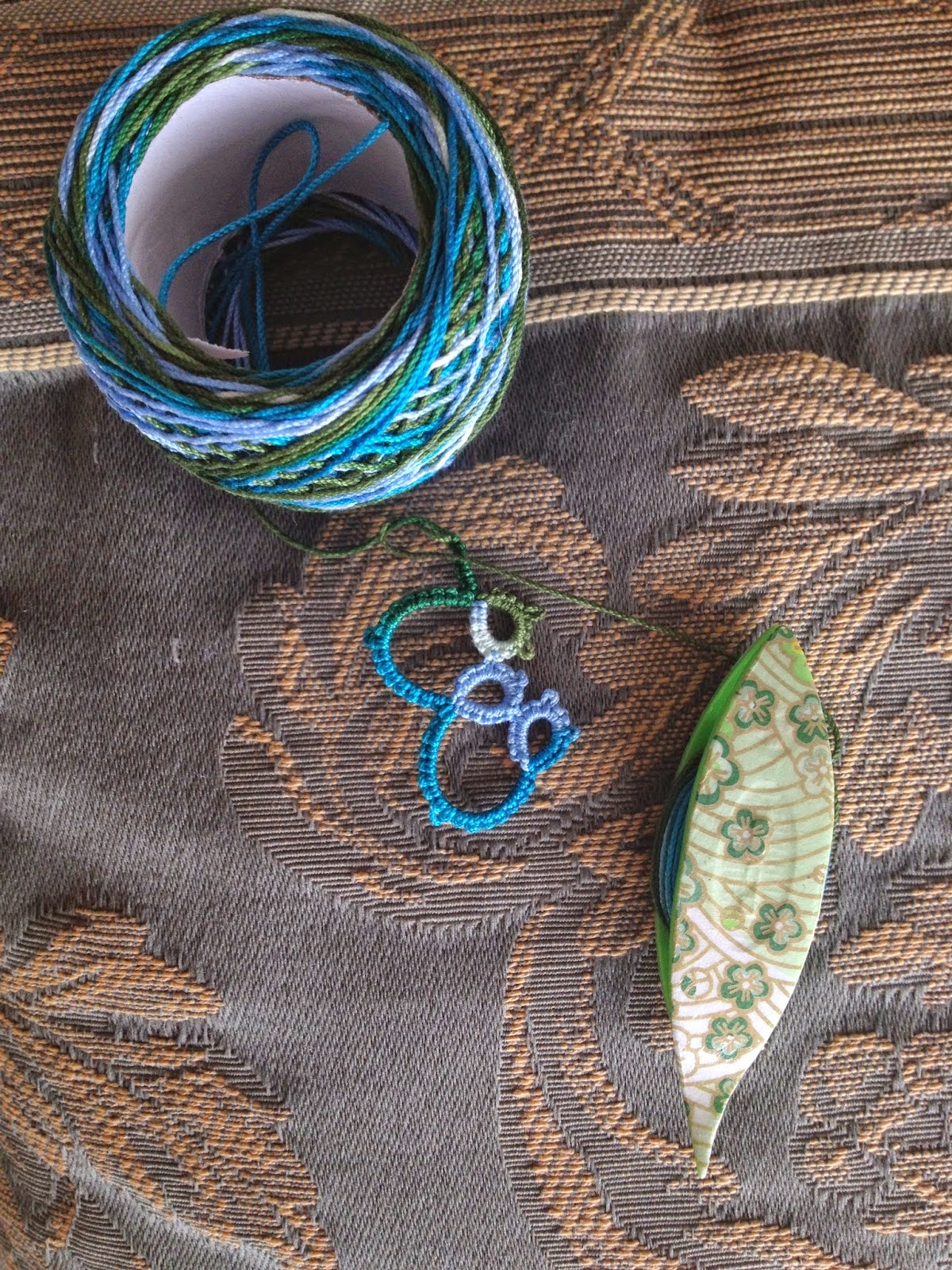 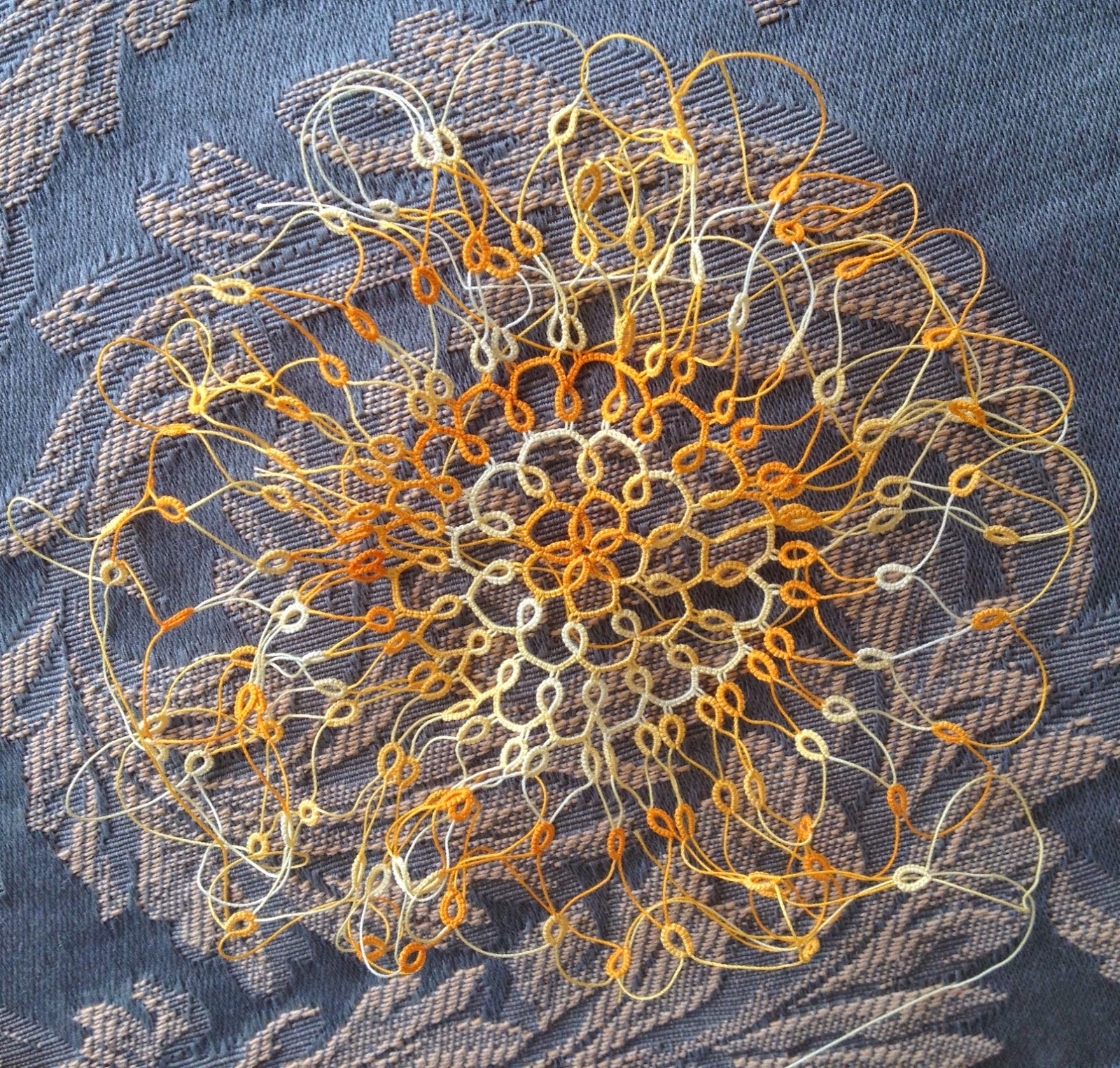 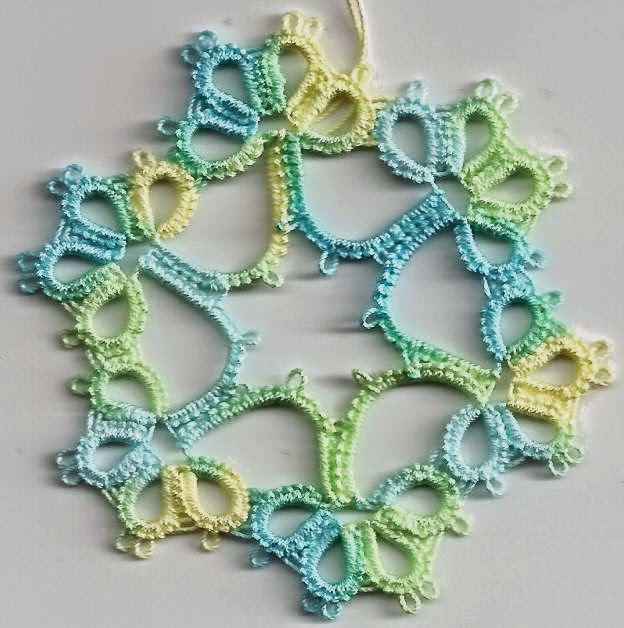 Hi Sharon,
THANK YOU so very much for picking p on the problem so soon. It has taken me 2 days to get the problem fixed - a little bit. Wow - so frustrating. I cannot believe that the host company did not warn me of the expiry of the domain and yanked the URL!

Ah well. It is done and I got rid of a persistent spammer on tat-ology! That is the upside. : ))

Thanks for fixing the address here - the more places the merrier. I like all my photos today - another big thank you.
Fox : ))