mb duke has almost finished with the Flower Pot project; she just has to glue it to the tile. She is currently on row 9 of Renulek's Spring Doily and it's taking a lot of perseverance. 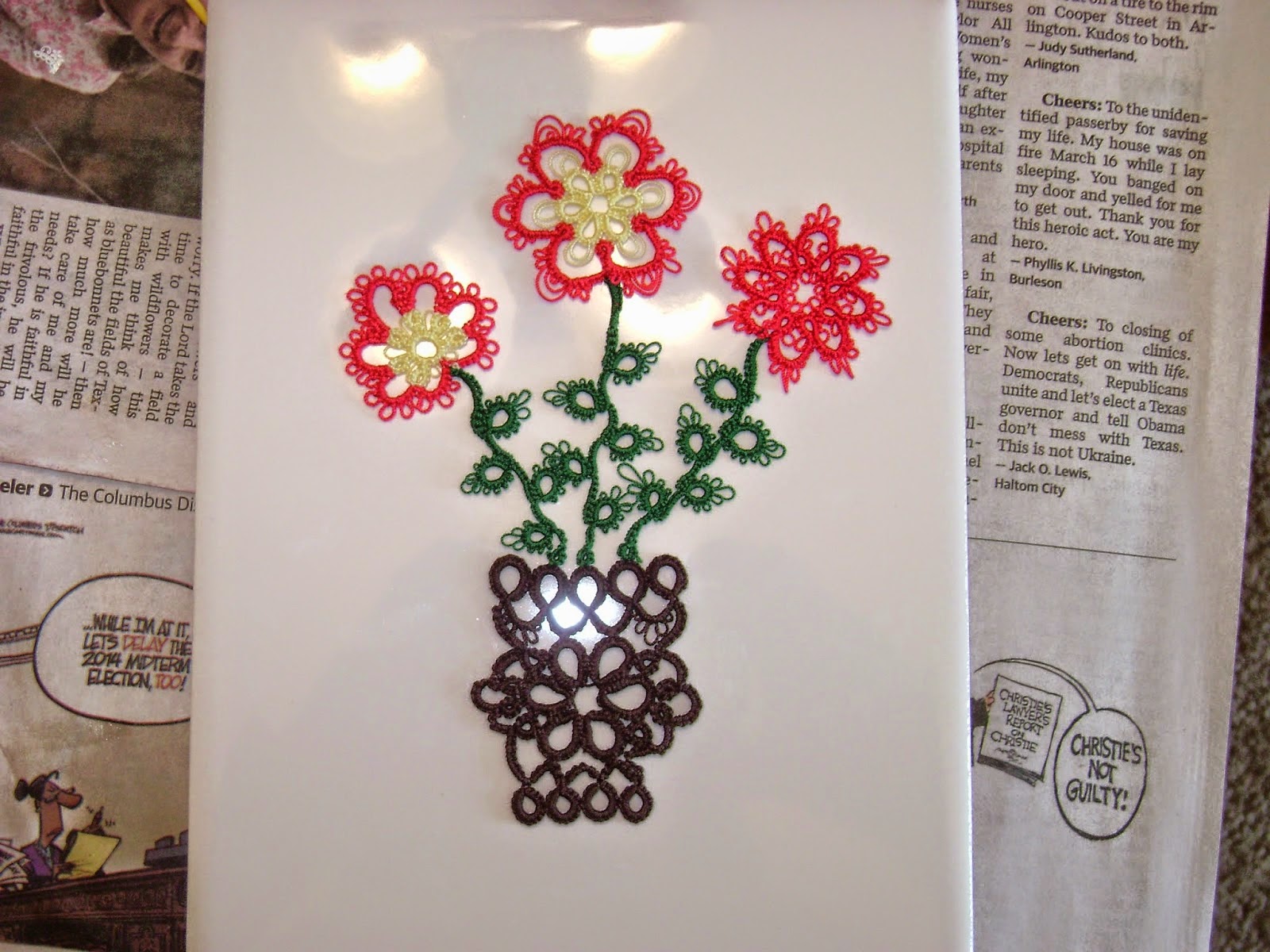 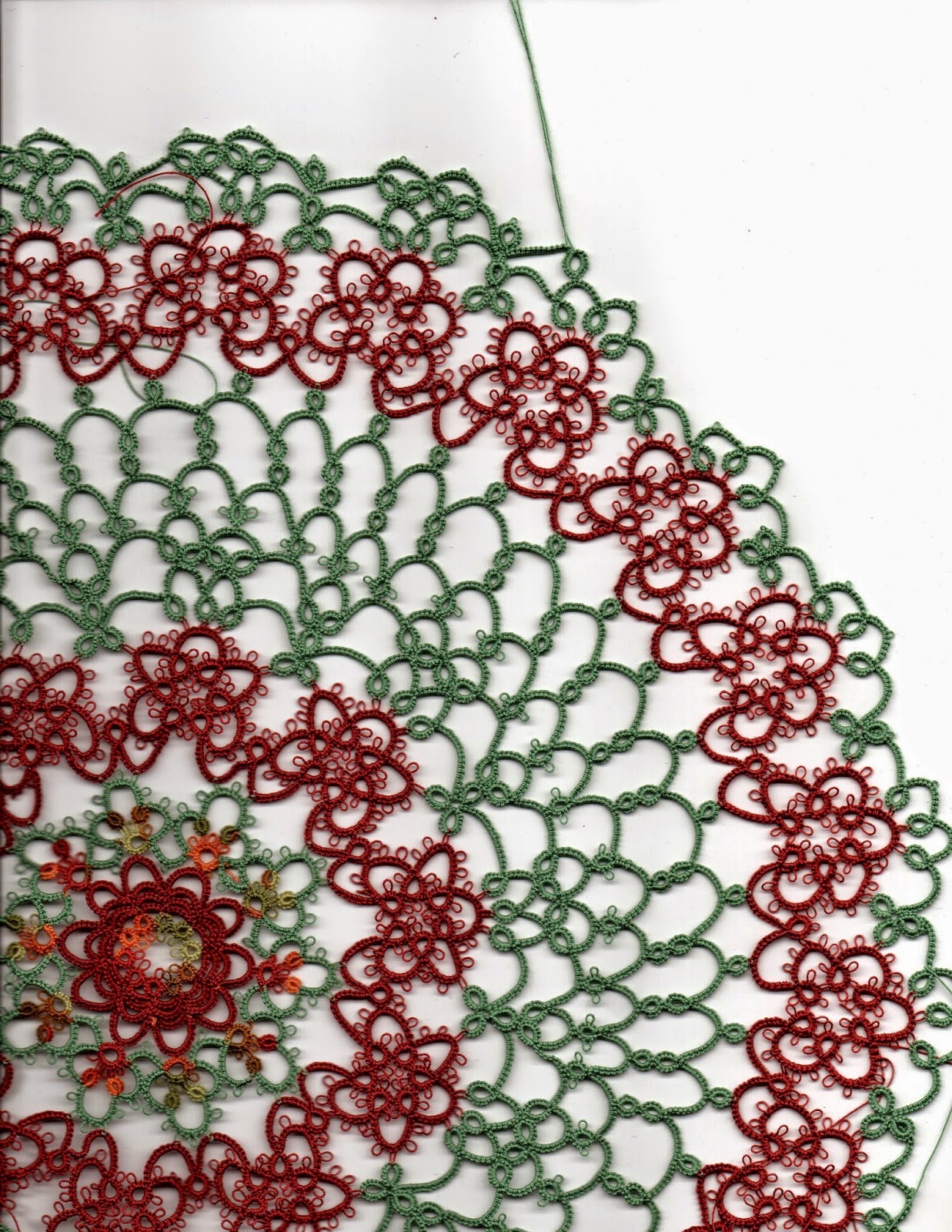 Nancy finished working on a 3 piece gift set for a friend of her daughters. She tatted one regular Spinning Wheel Glass Mat by Mary Konior and 2 smaller versions using Lizbeth size 20 thread in the colour of Latte Foam, Ecru and Mocha Brown Light. 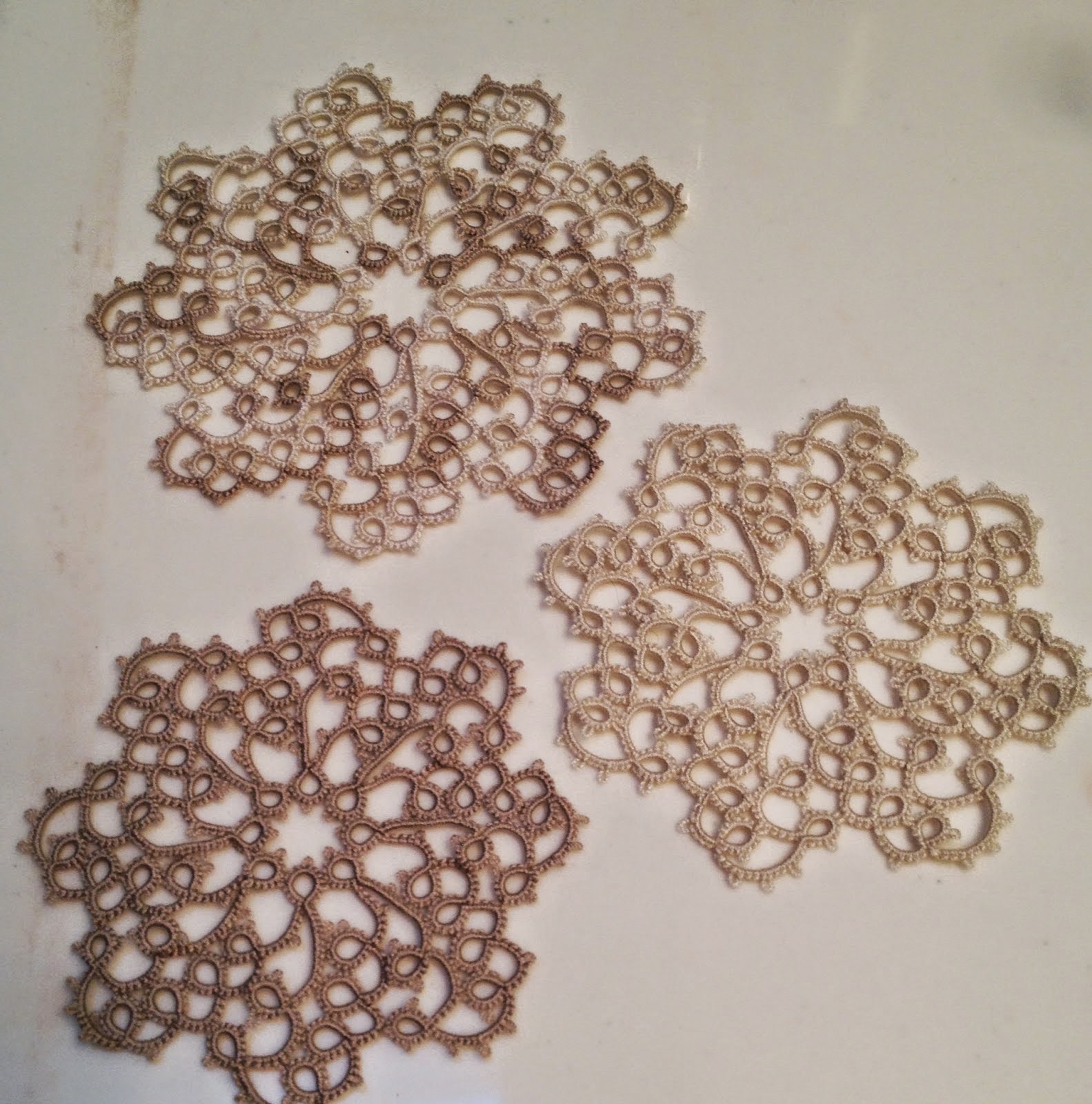 Diane was pleased to see that one of her students completed a motif of her own design. 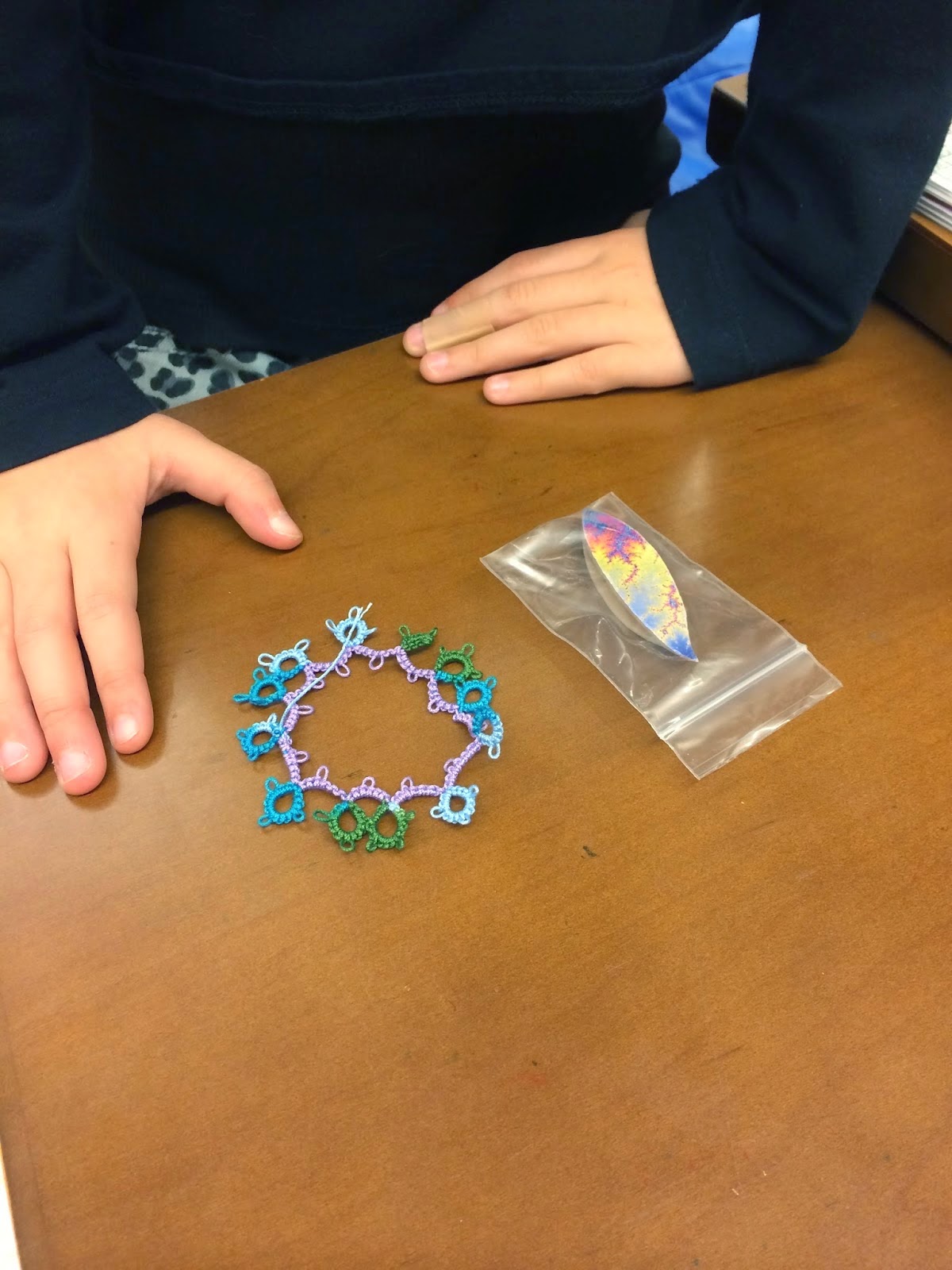 Fox has added beads to the latest round of the Luck Clover doily. The round is almost completed and she has also made great progress on her most recent edging. 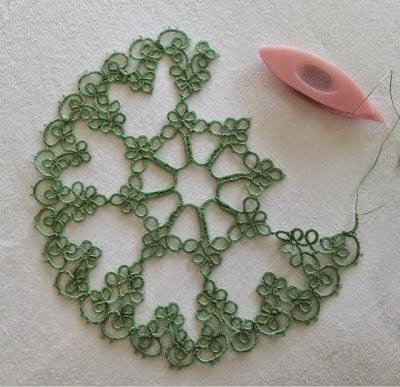 Kathy tatted a lovely little bell, but for her 50th wedding anniversary she added metallic gold bells, sparkly ribbon and a pin so that she could wear it. 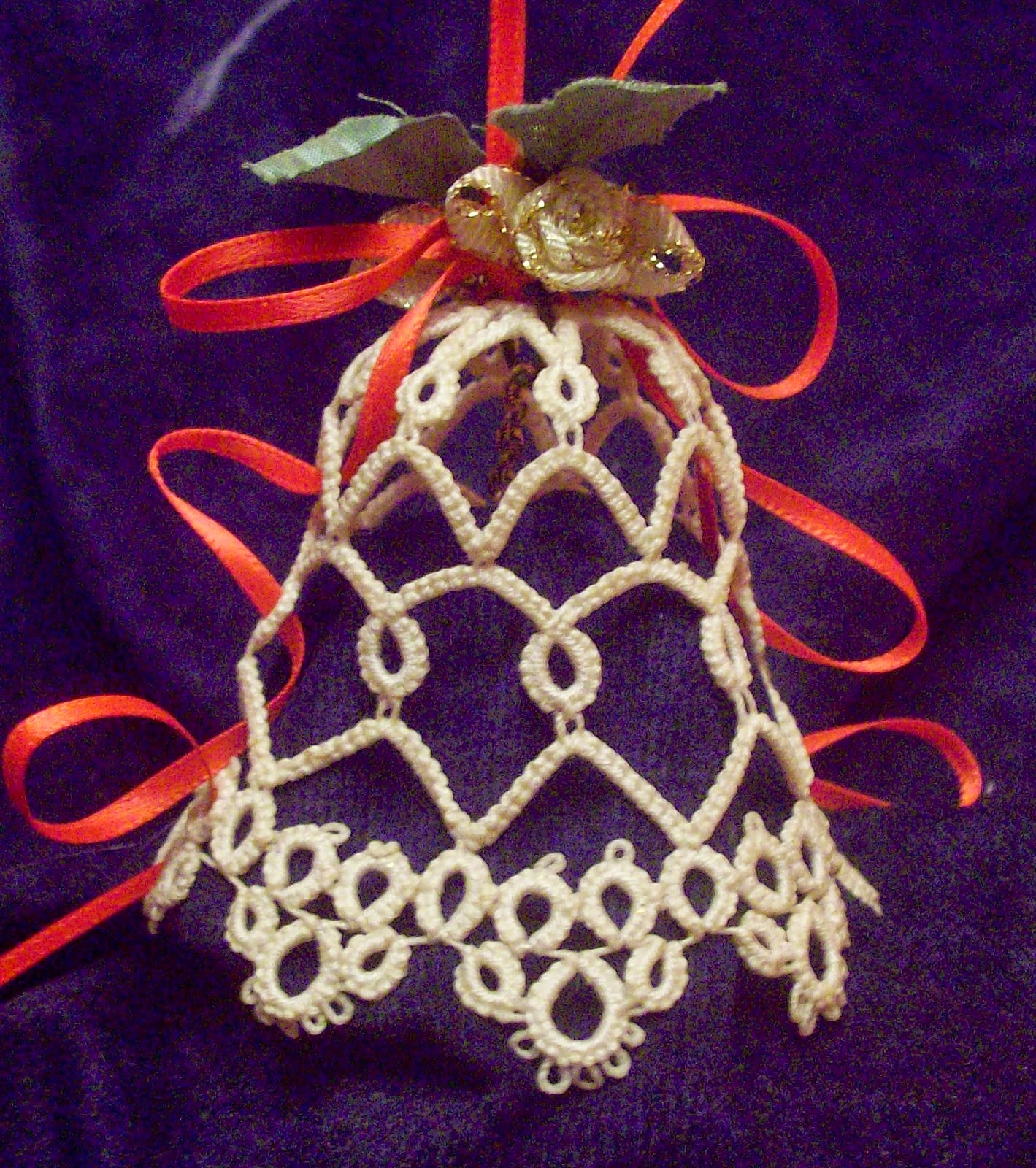 Kristen started Lyn Morton's Trefoil pattern, but truncated it when she decided she didn't want to tat with size 3 any more. She had better luck with Jon Yusoff's Quantiesque snowflake, which she described as fabulous and fun. 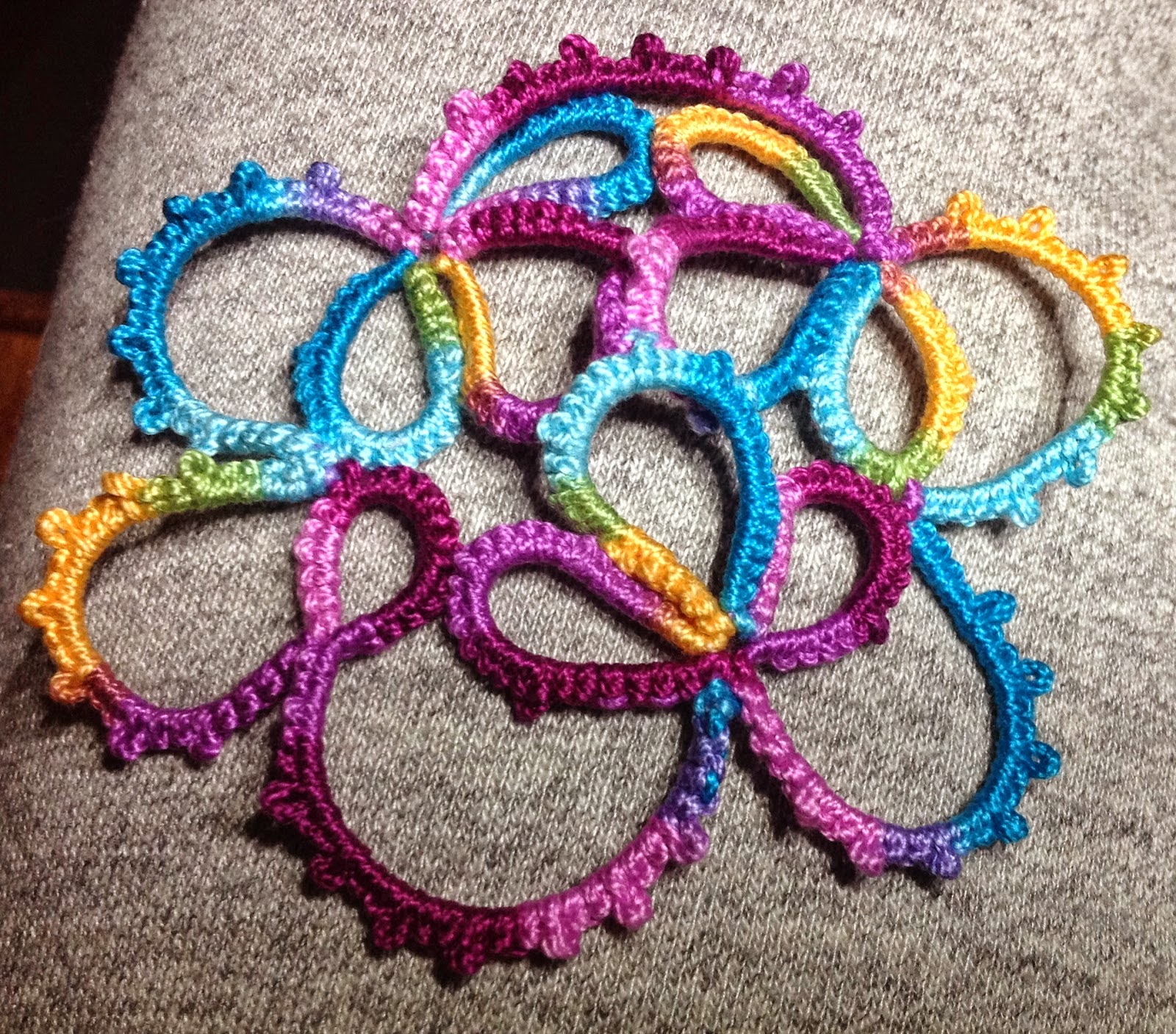 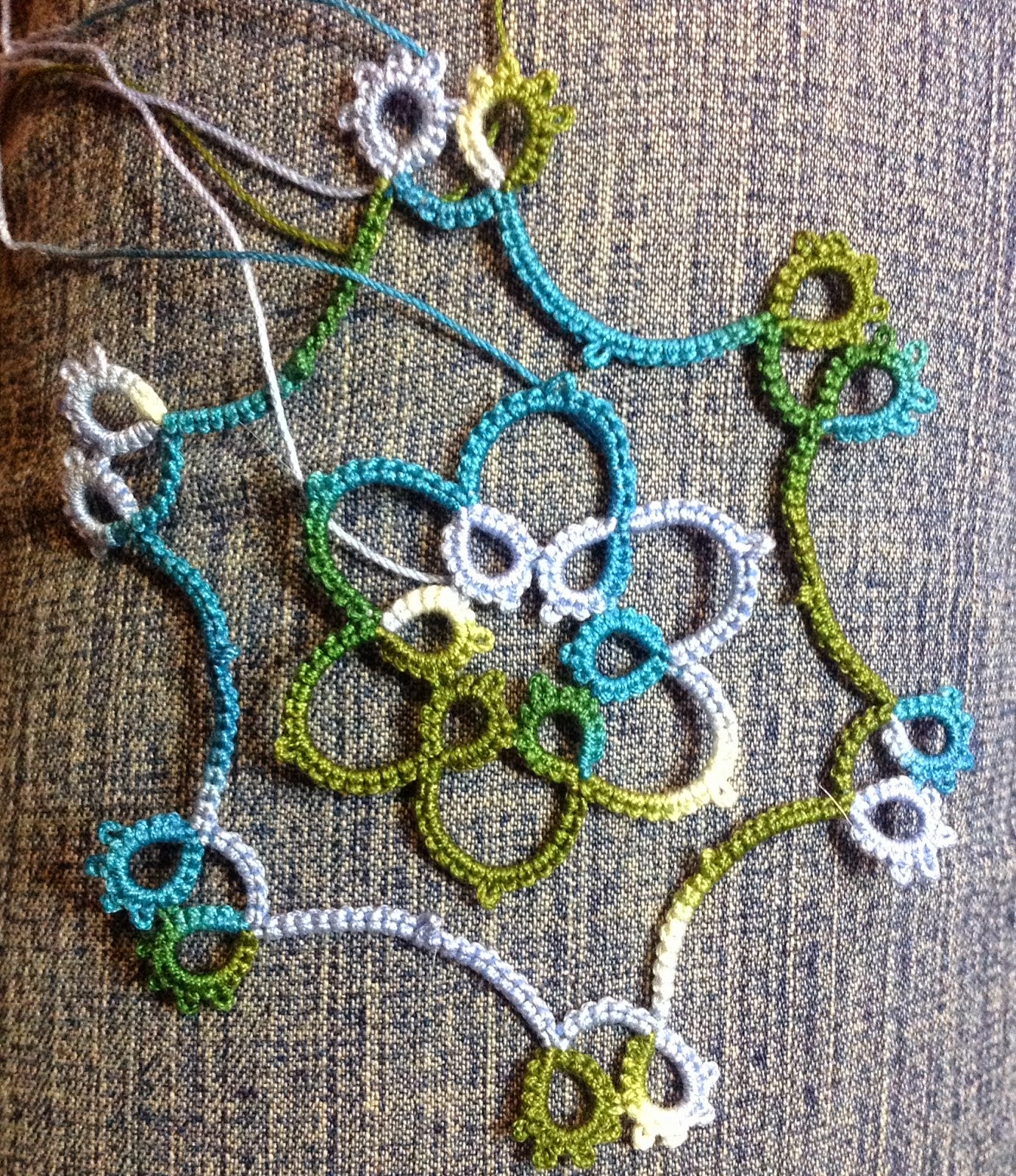 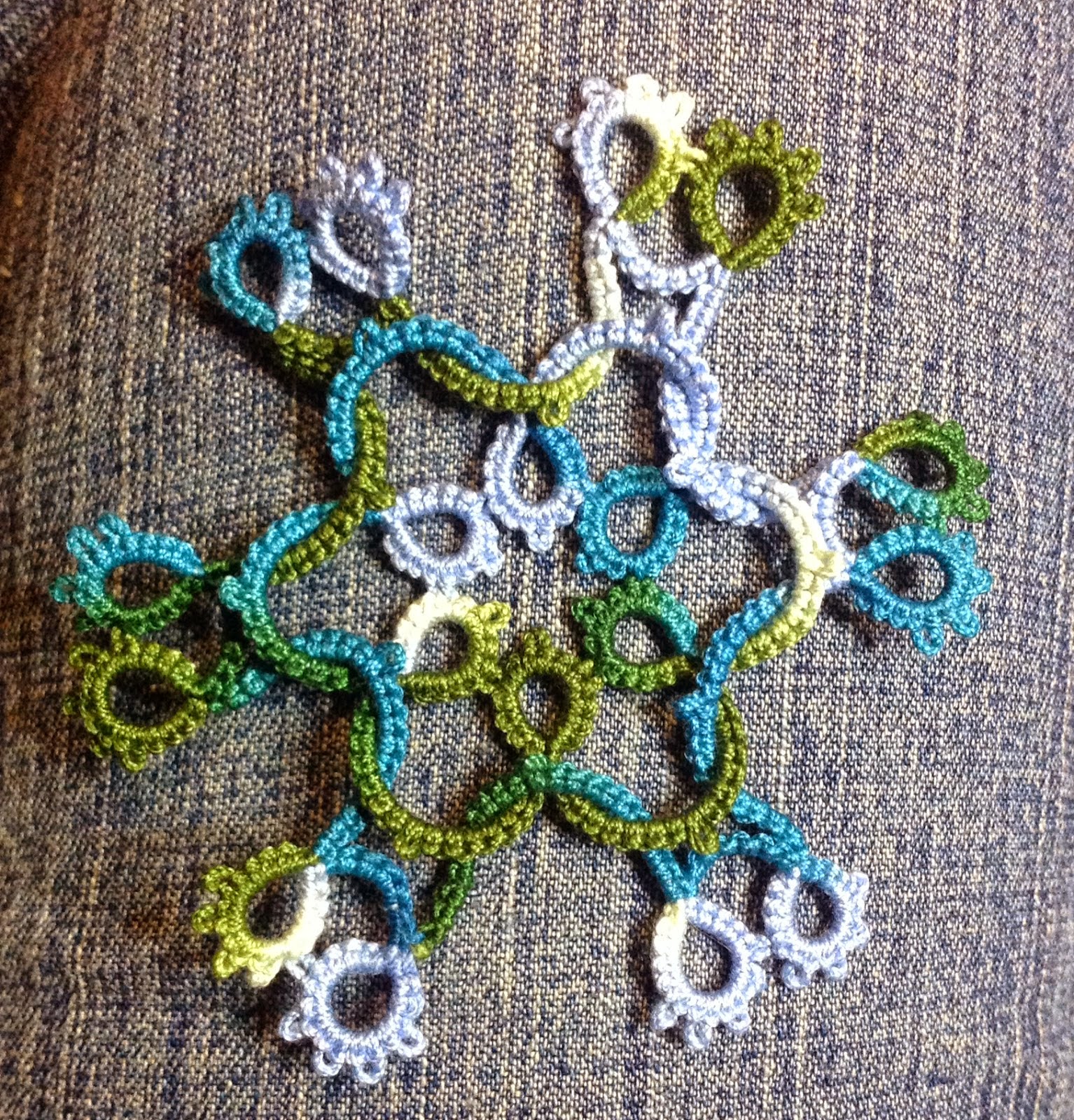 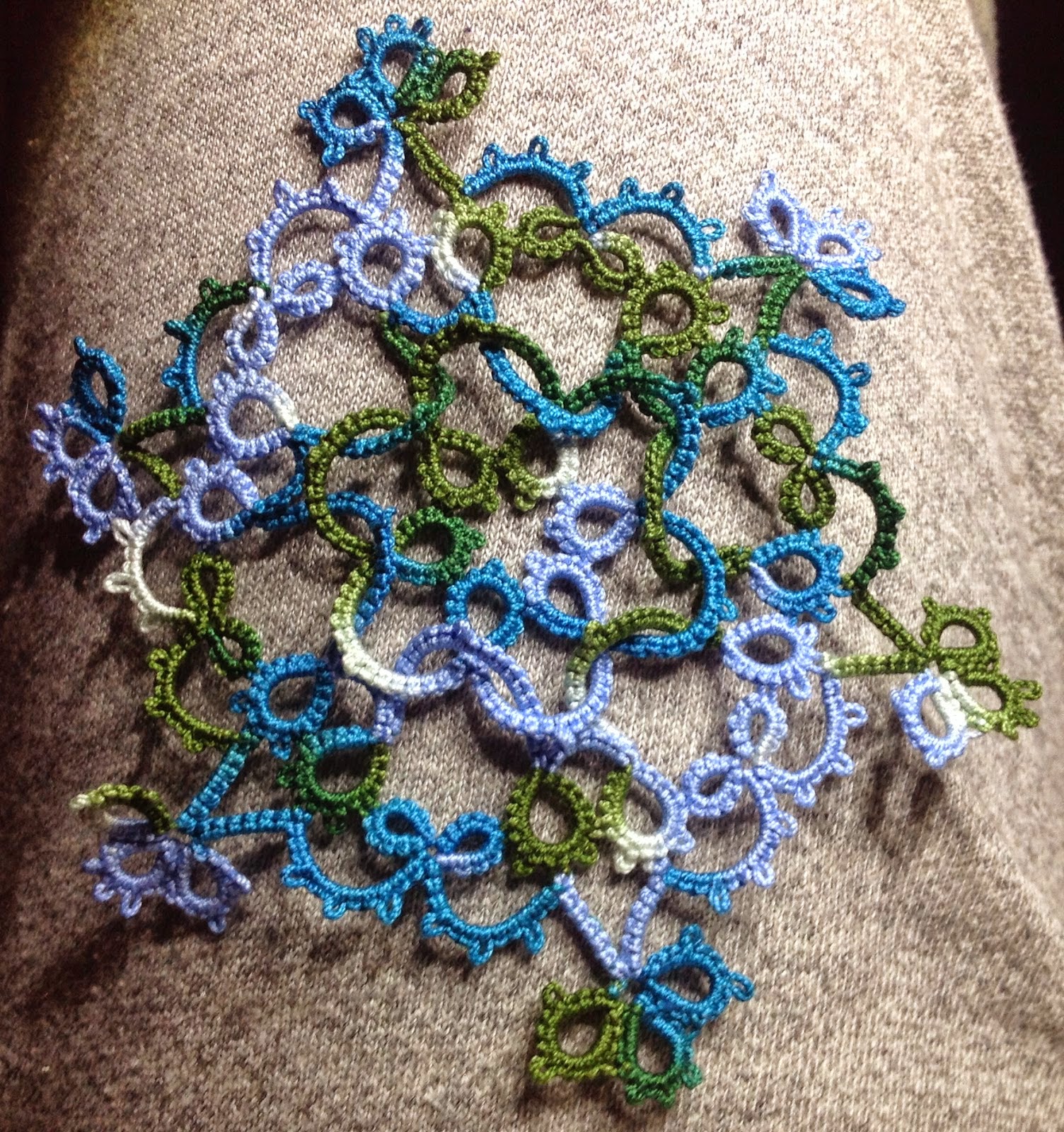 Margaret spent a lot of time alone in the hospital during radio active cancer treatments and consequently did a lot of tatting. The two large butterflies are Mary Konior's done in Turkish Altin Basak thread, while the smaller ones are bits left on shuttles done in Lizbeth Pineapple Parfait, and Girly Girl. Be-stitched hearts called Tatted Josephine Heart were tatted in Lizbeth Girly Girl size 20. The Small Tatted Heart by Betsy Evans was done in the same thread. Kersti's Floral Tatted Bookmark is tatted in Lizbeth size 20, Vineyard Harvest. 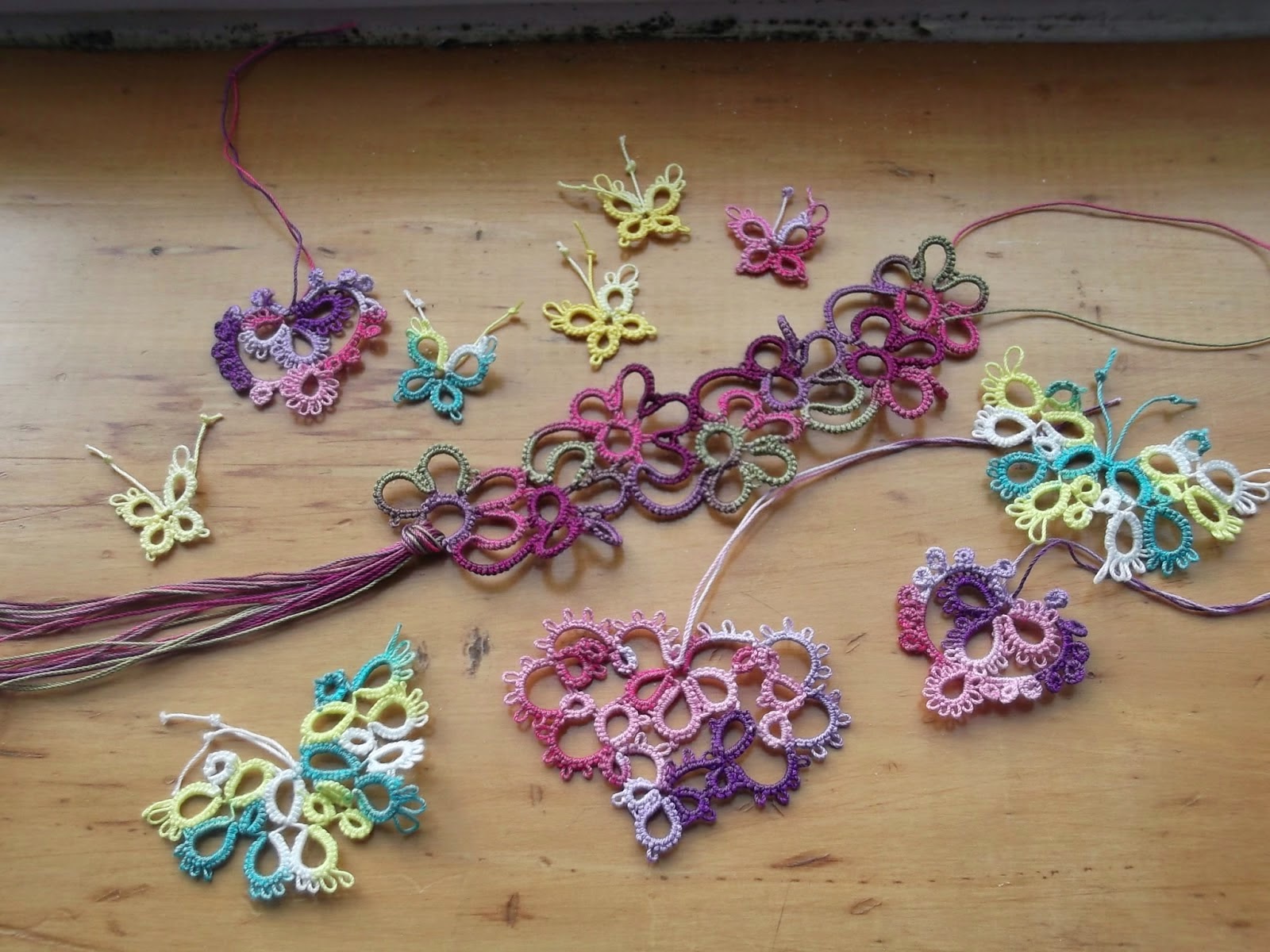 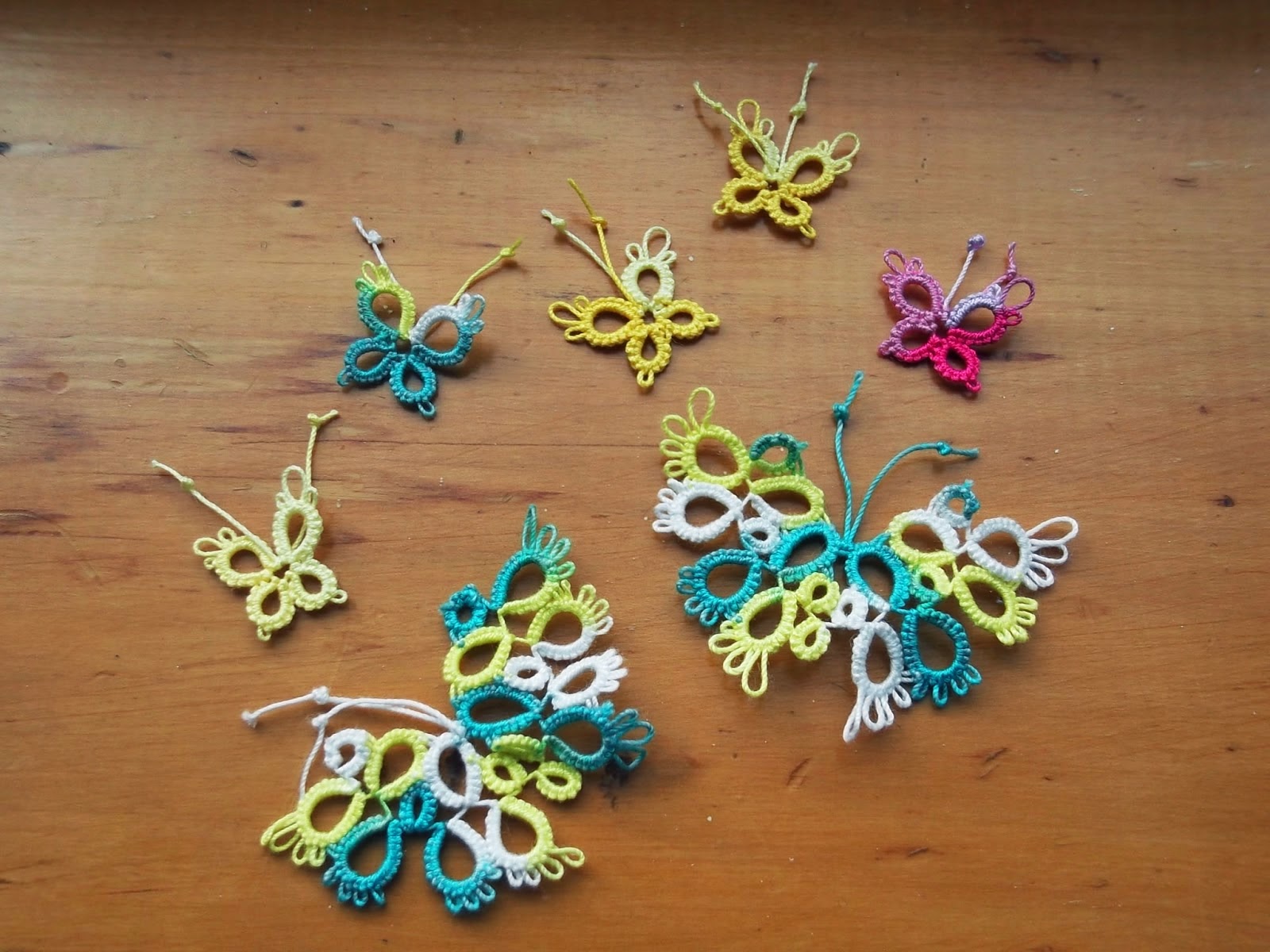 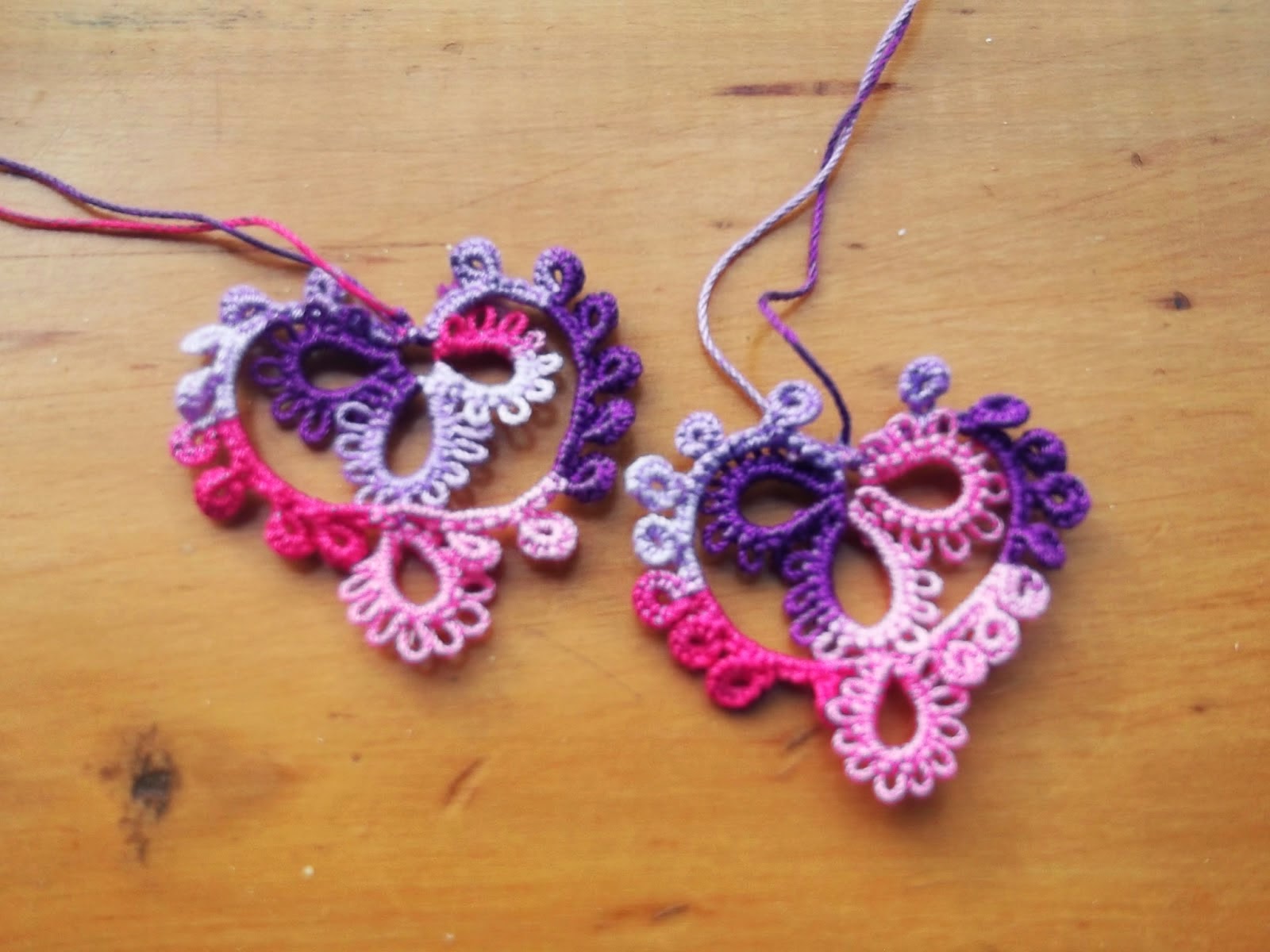 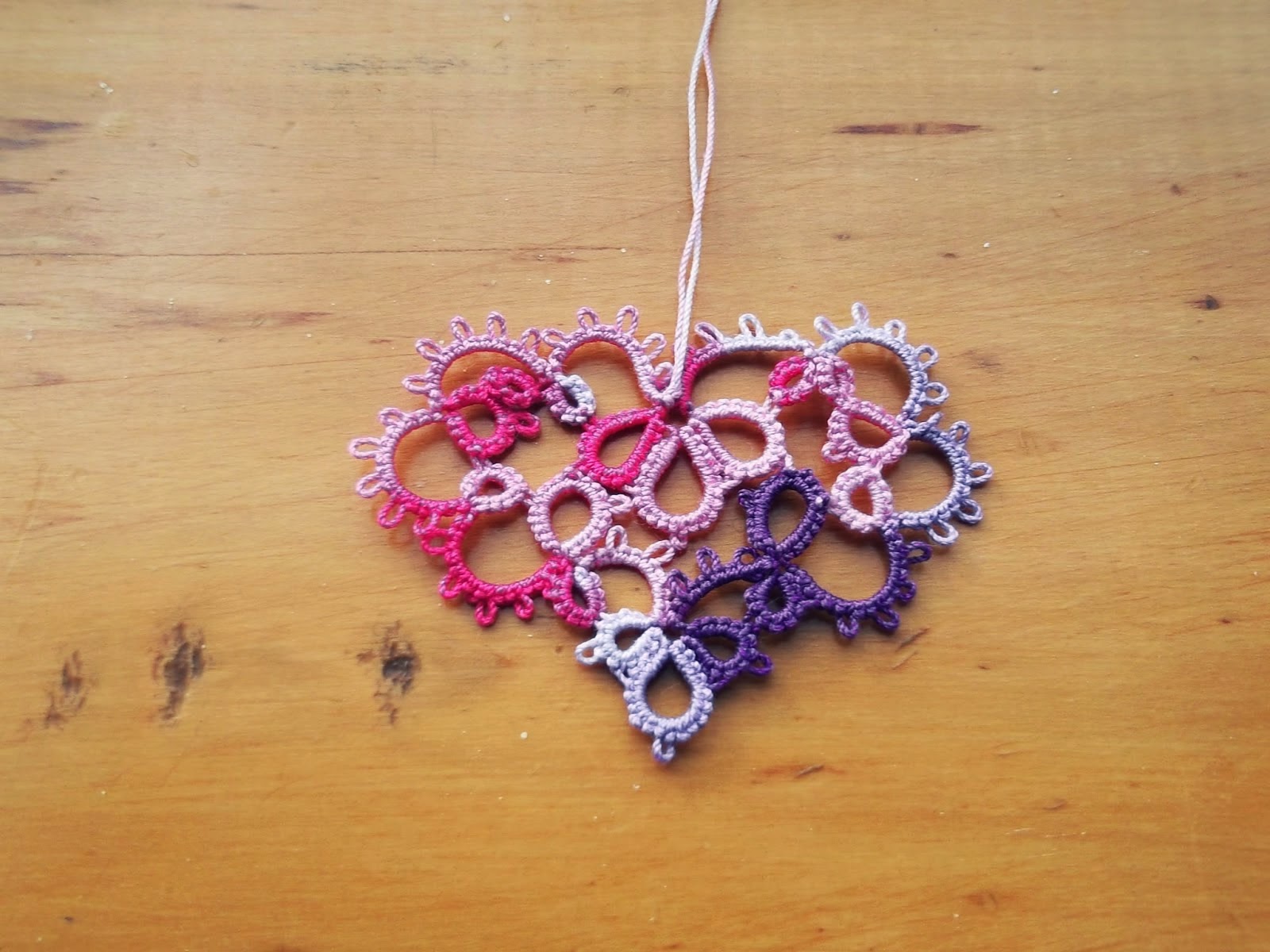 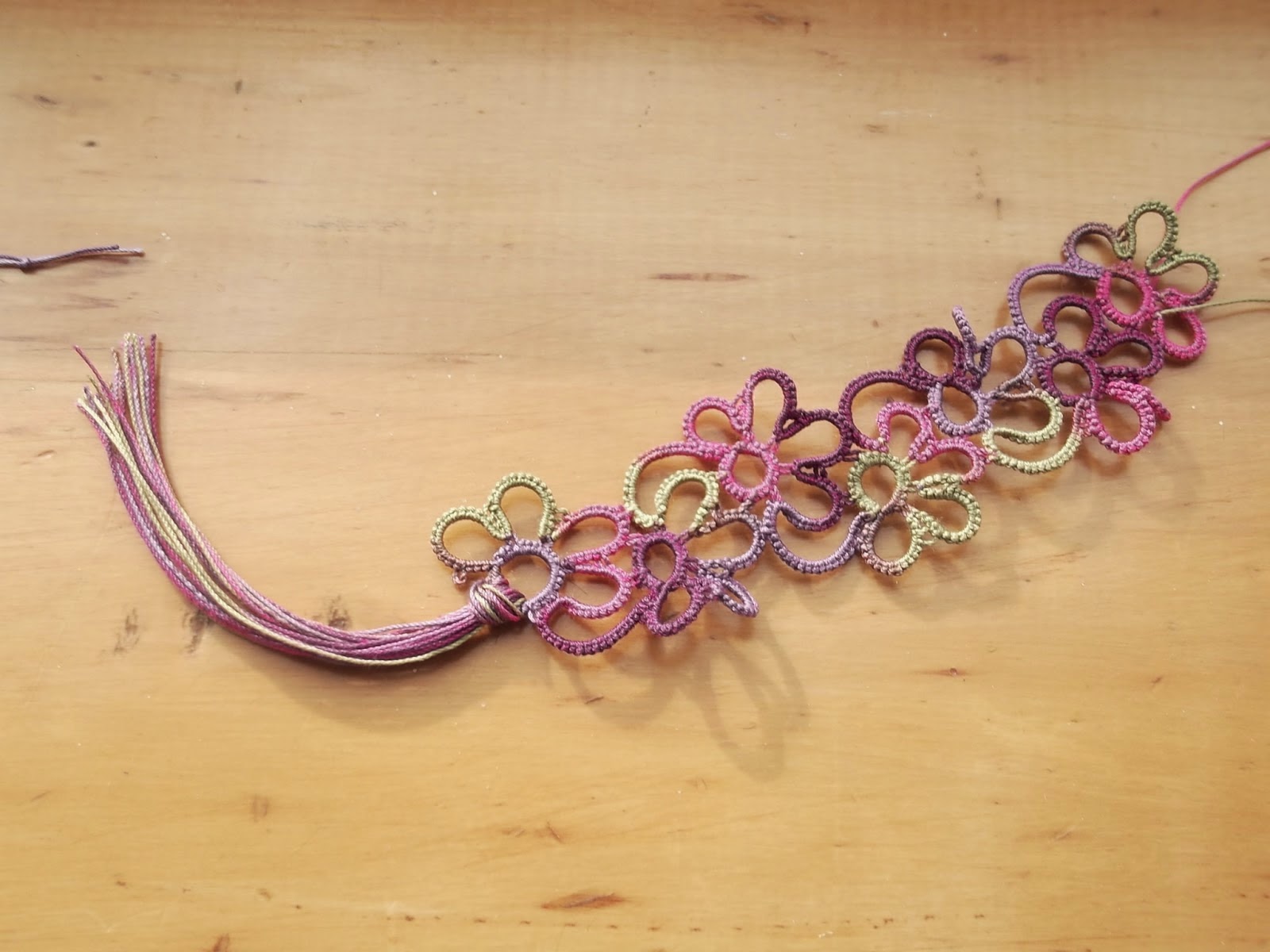 Marie had to buy Tatting Treats by Pam Palmer, for the mouse on the front and this is her revised version tatted with size 30 thread. 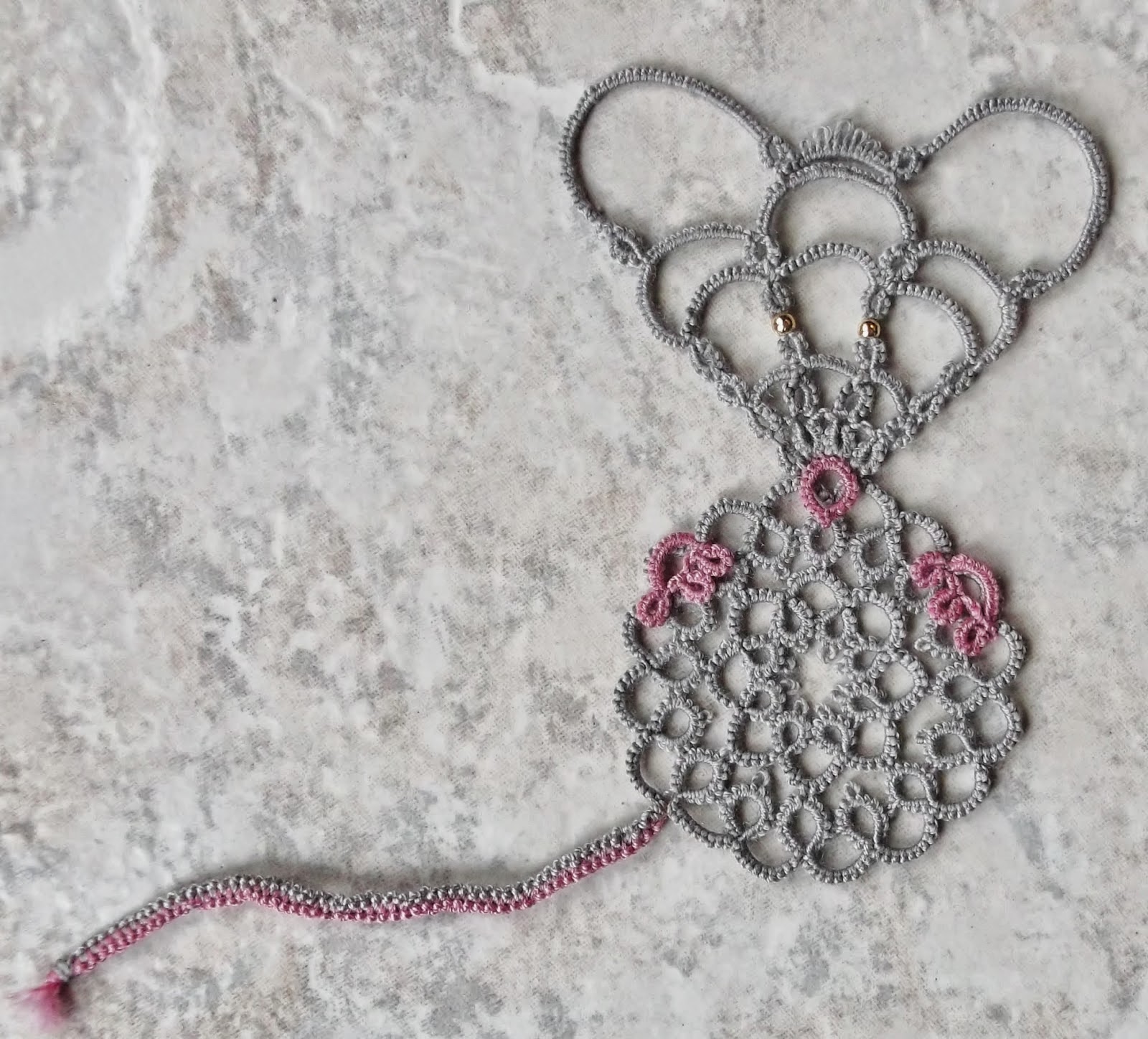