Batty Tatter is half way through row 8 of Renulek's spring doily and it's laying nicely flat. 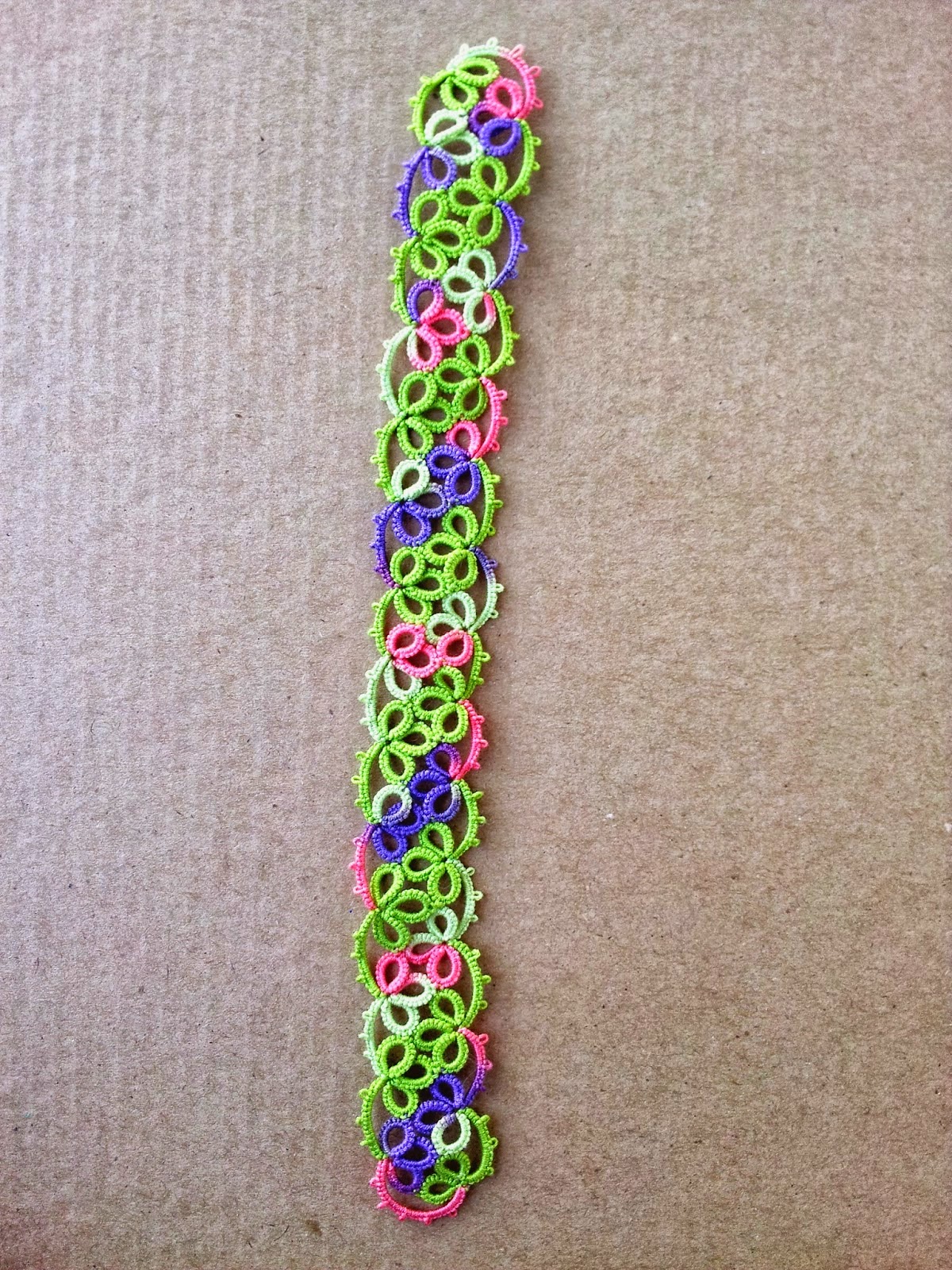 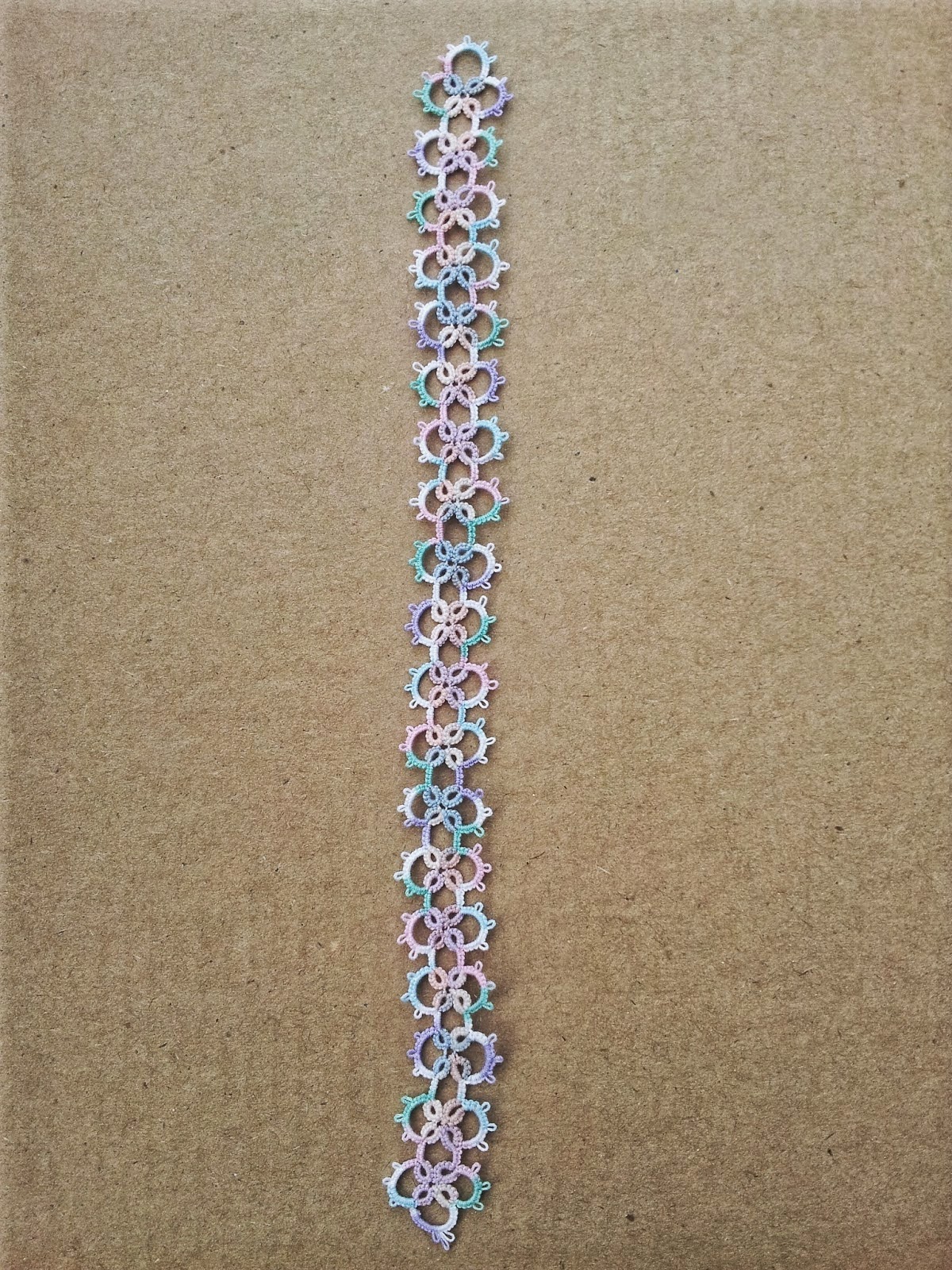 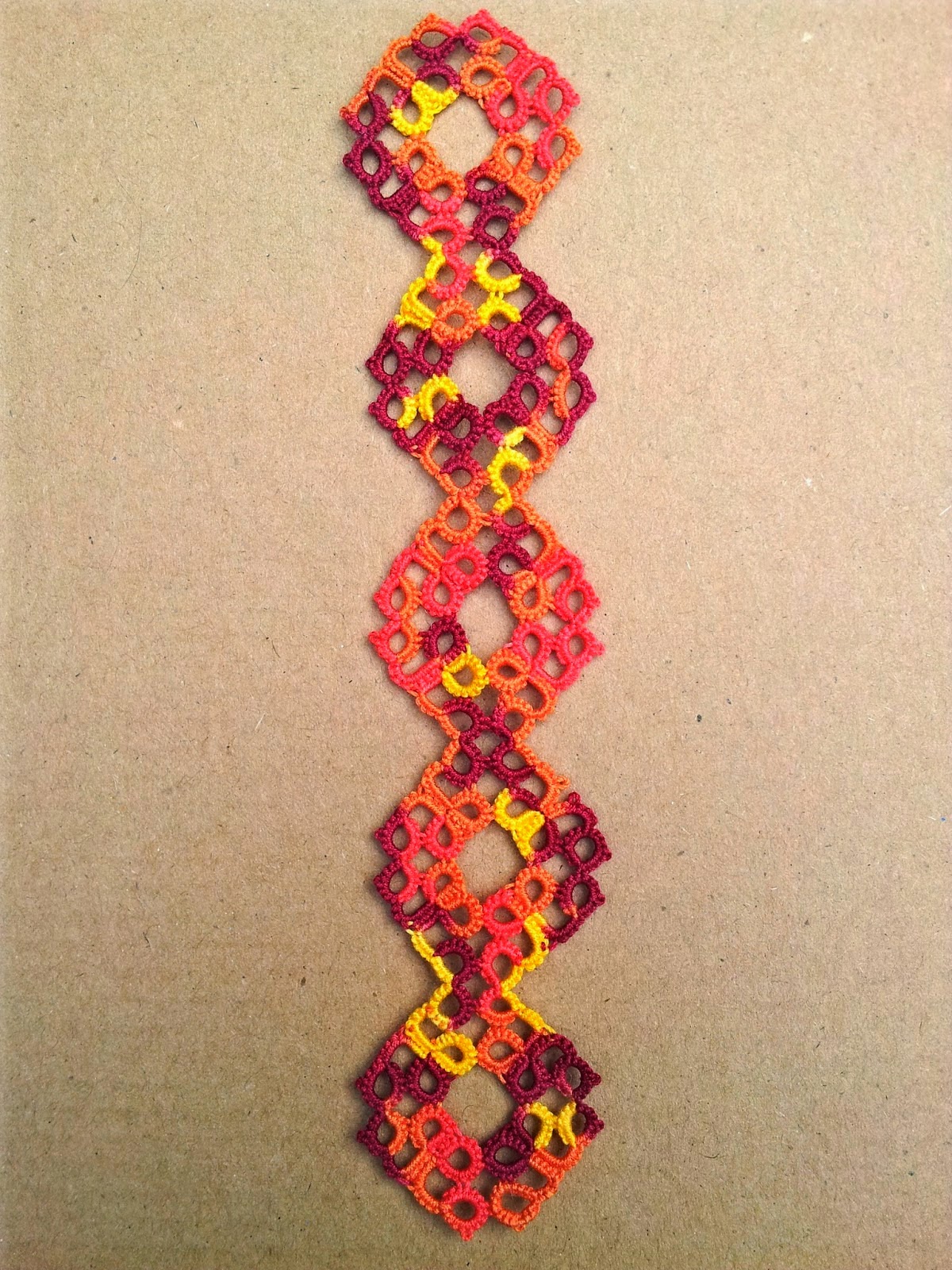 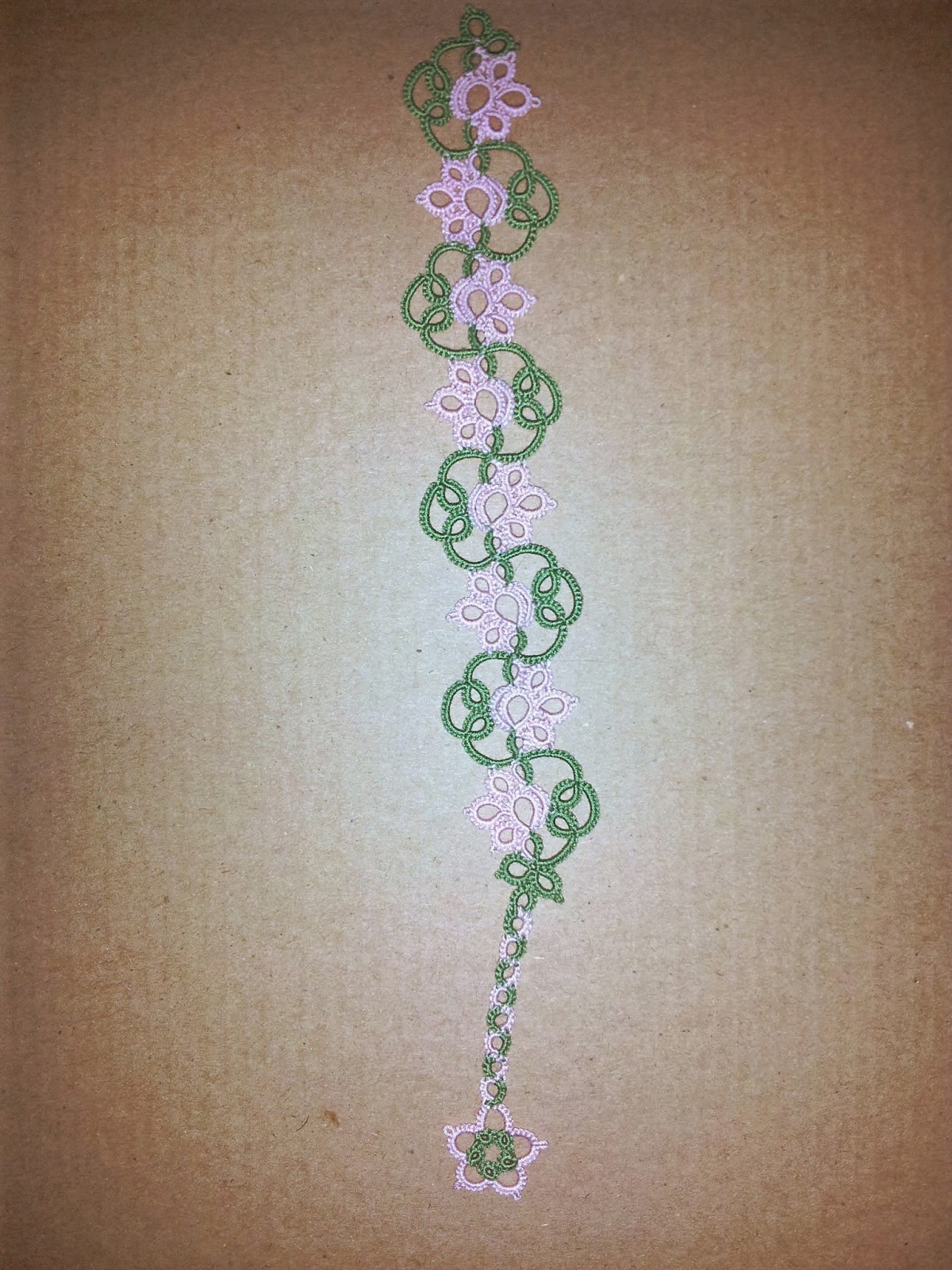 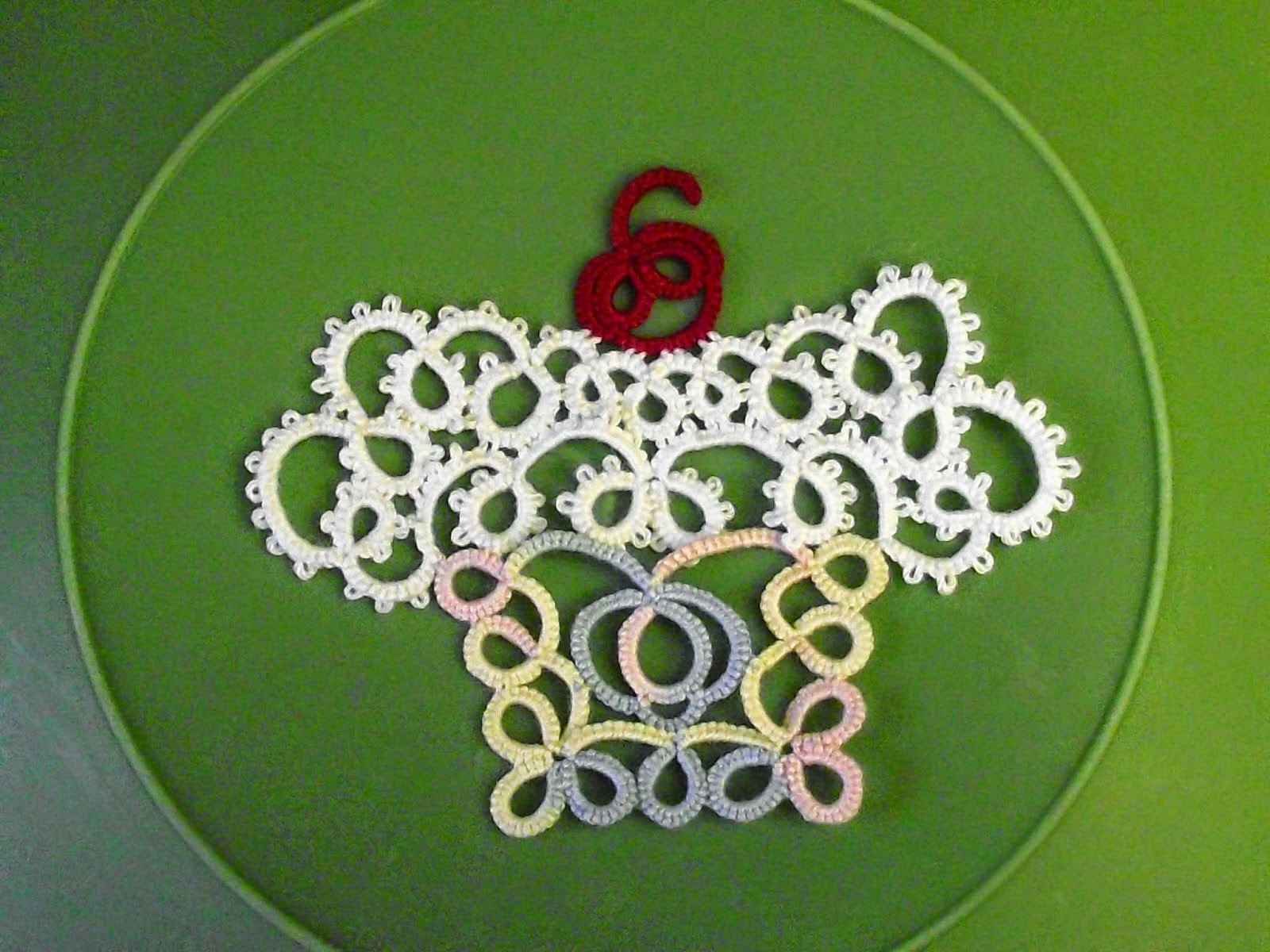 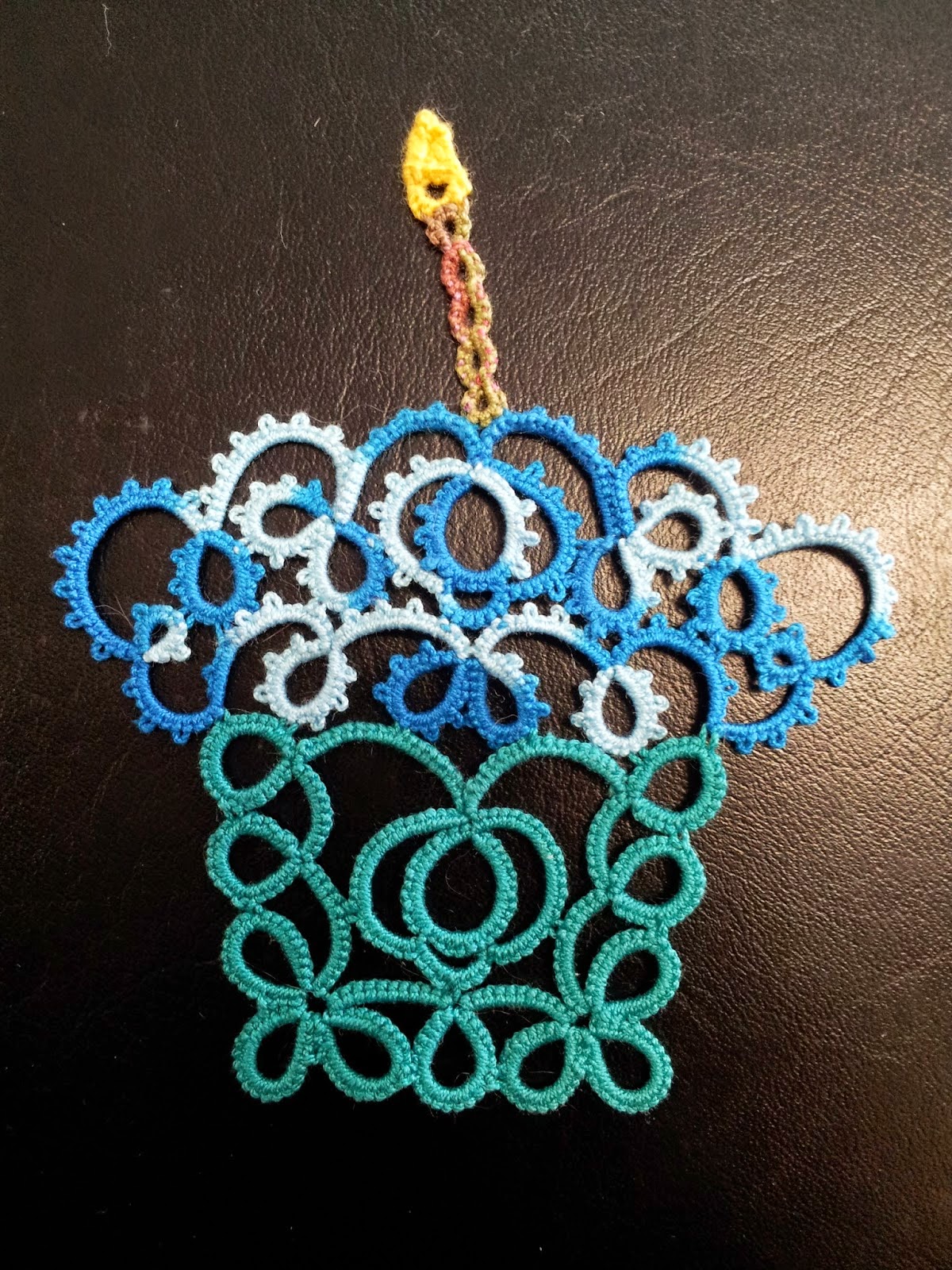 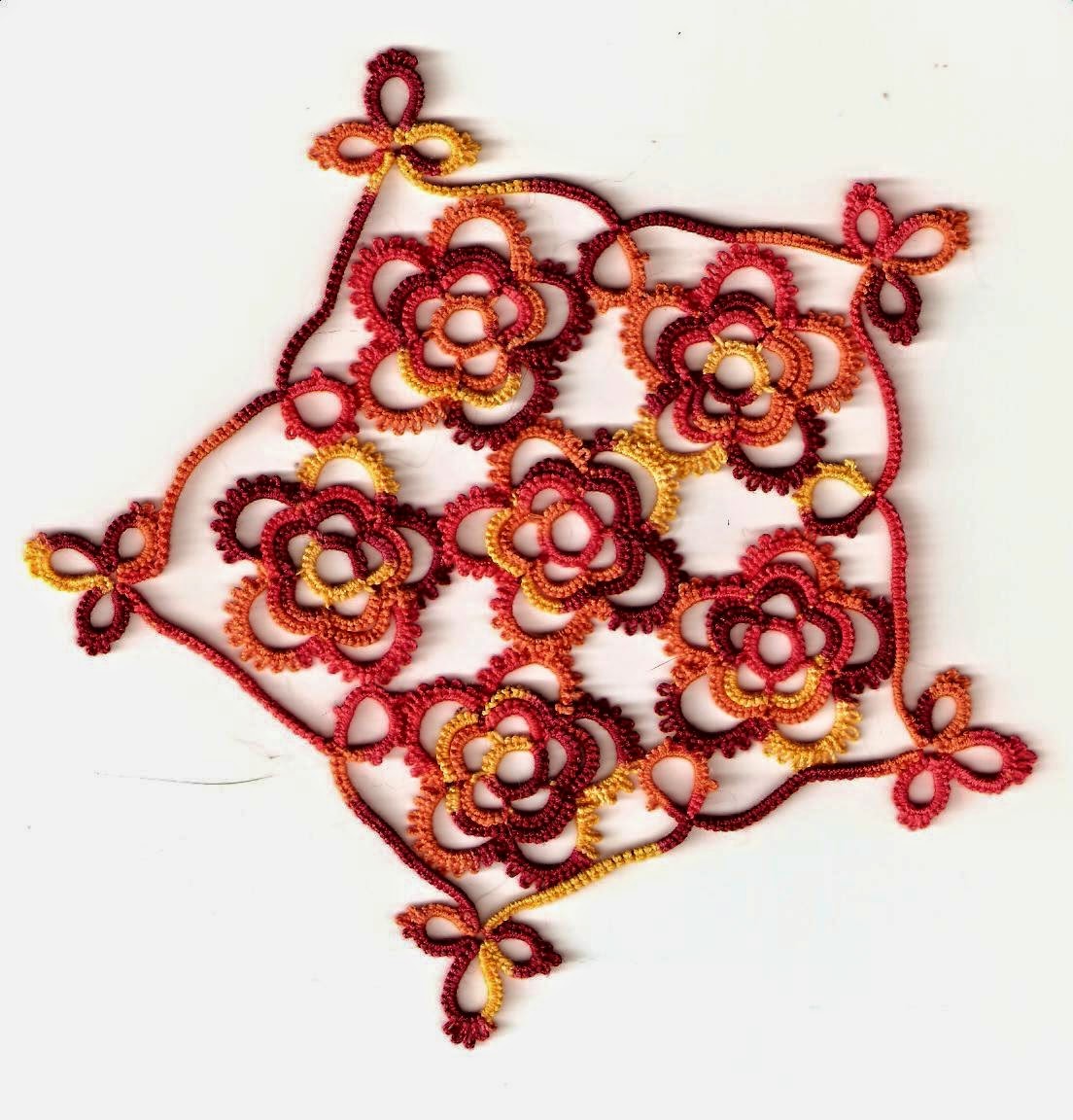 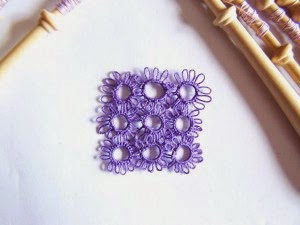 Sue is started on the sides of the crown of her hat and bit by bit it's growing. 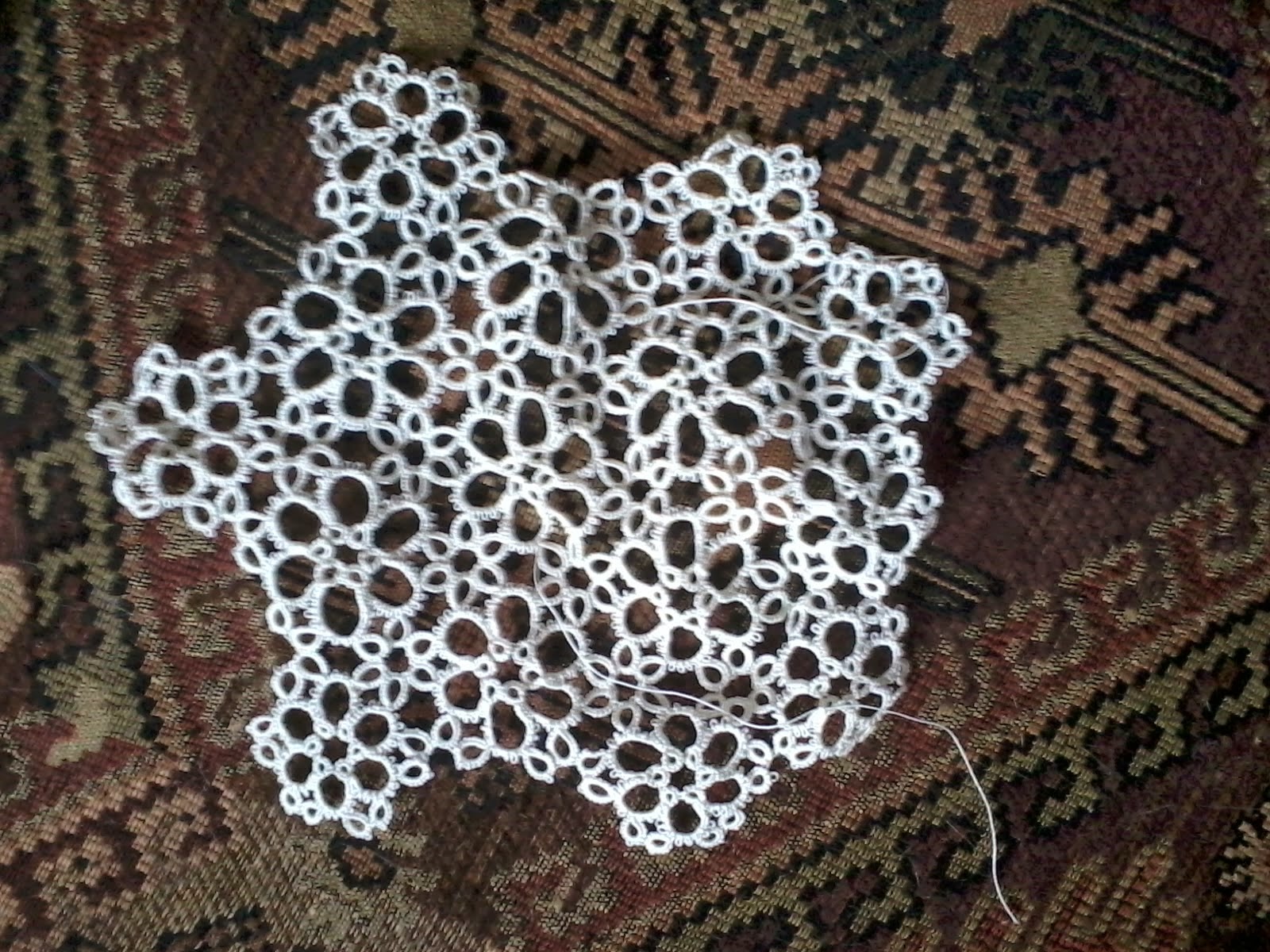 Diane snipped off the mistake she made and finally finished Round 4 of Marilee Rockley's "Arches" doily. Peyton finished six rings, and now she's ready to tat a ring and chain pattern. 4th grader Zoe tatted 12 inches over the weekend. 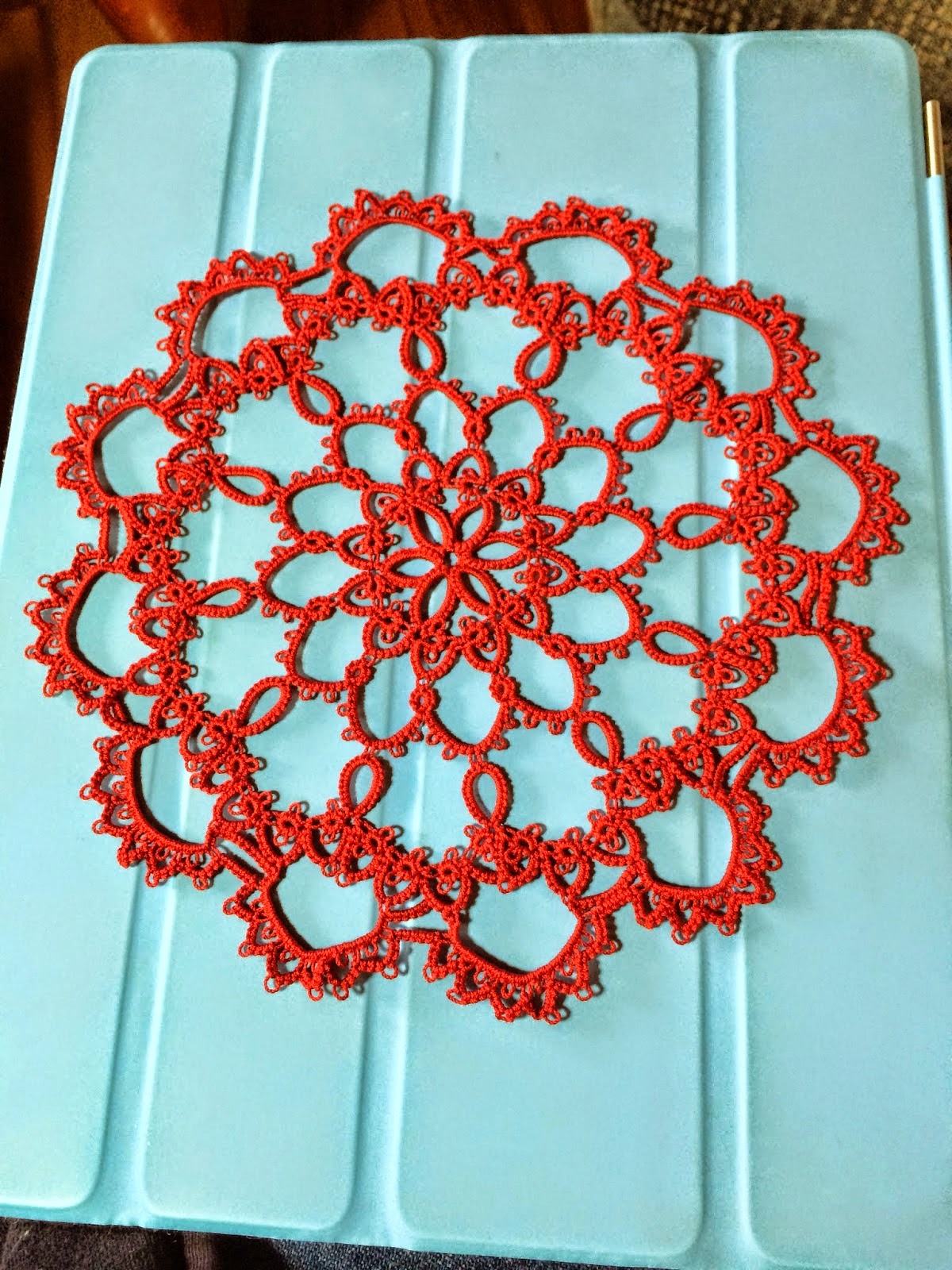 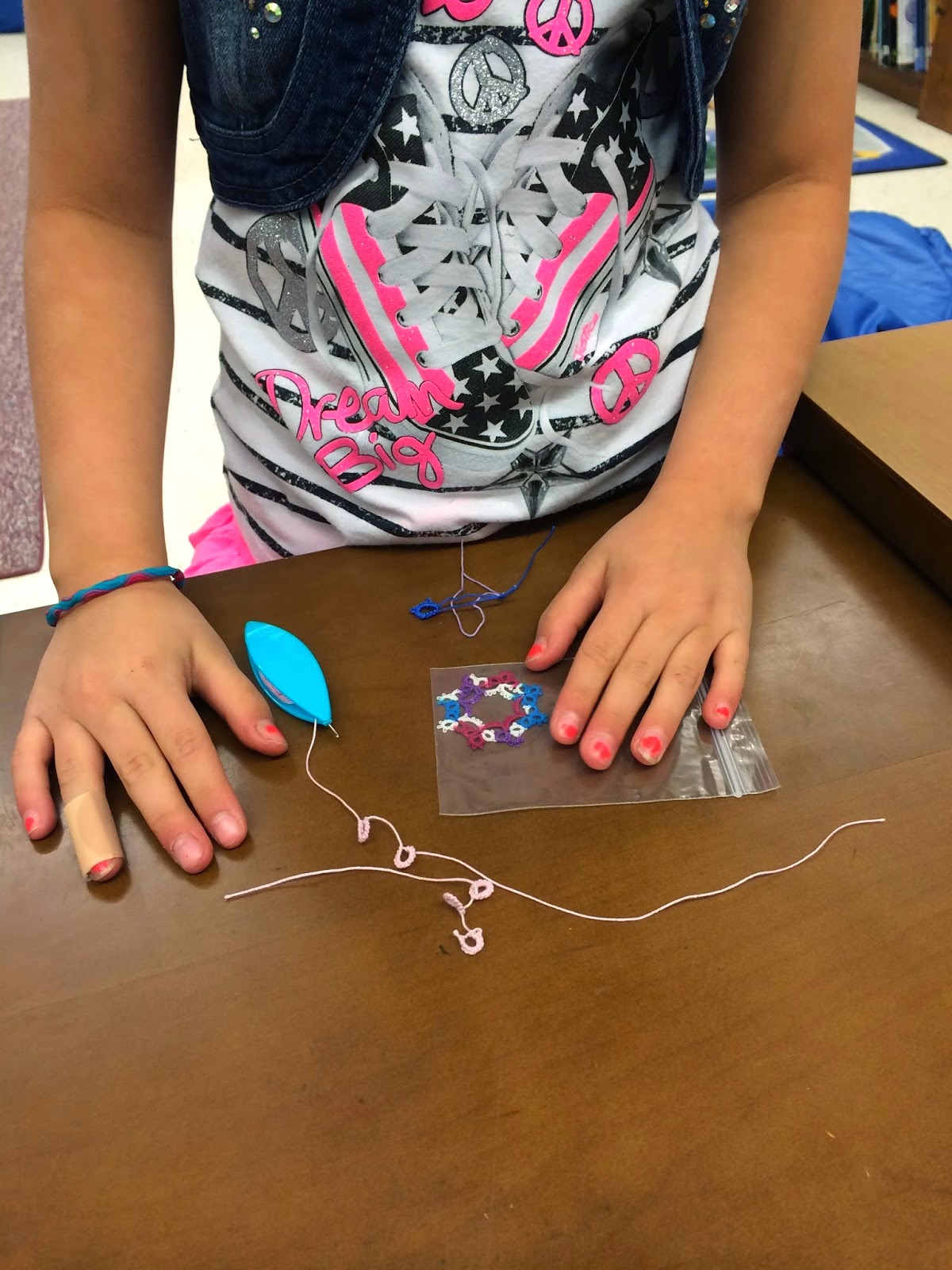 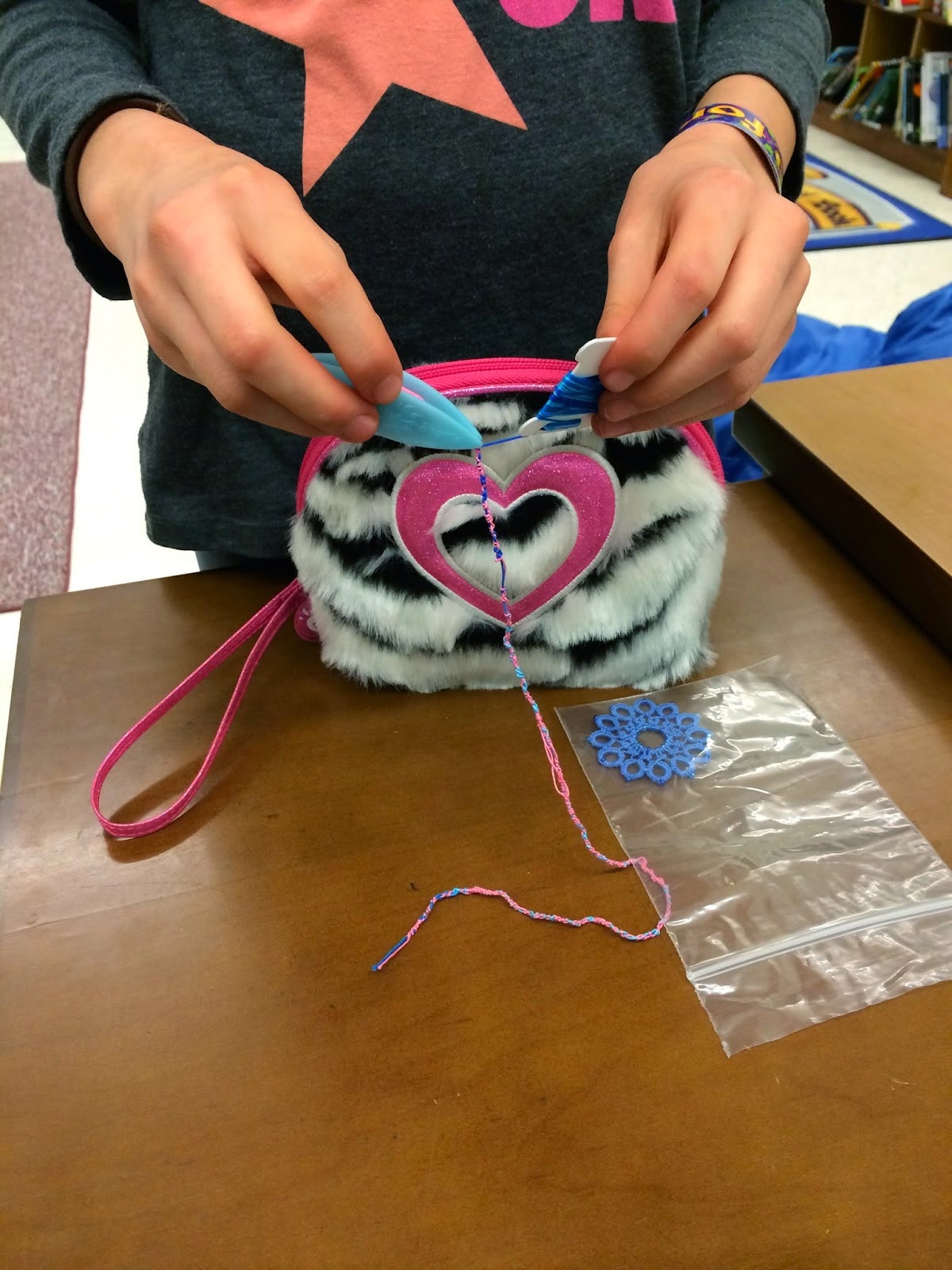 Fox started this little motif trying out the new Slider shuttle. Fox was at loose ends after she finished the Spring Doily and she began auditioning edgings like the white and green sample tatted in Lizbeth #40 but it felt like twine. The Susanne Schwenke design, and the blue on the left were too busy for a hanky. She settled on this pattern from Bessie M. Attenborough’s The Craft of Tatting done in Sulky. The Lucky Clover doily hasn't been so lucky and the second row has been started over several times. The edging is progressing although she's working in Sulky Blendable, in 12 weight which is very fine. She was not pleased with the curved edge of the hankie and none of the borders attempted worked because of it, so she snipped the scalloped edge off and now it's working. The motif she started is finished, as is Fox, after hours of trying to straighten out her blog address, which has now been changed to, www.tat-ology.blogspot.com, so if you have it bookmarked you'll want to update the address. 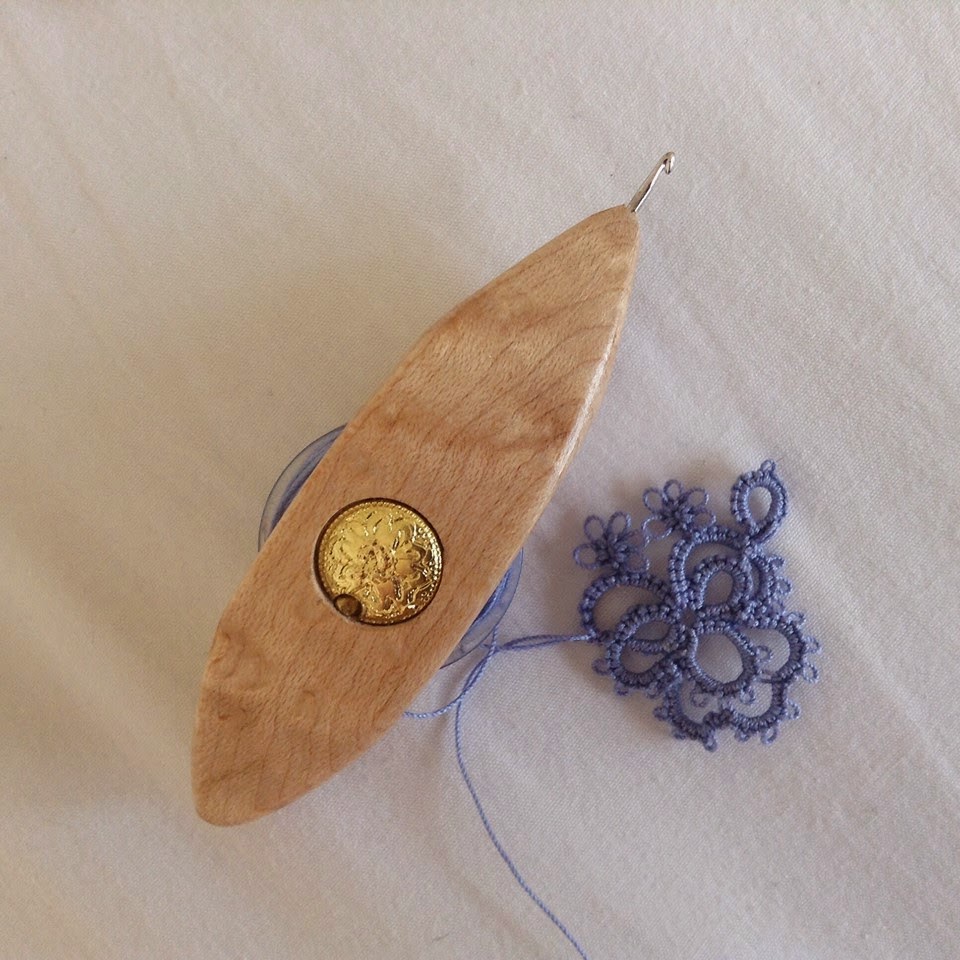 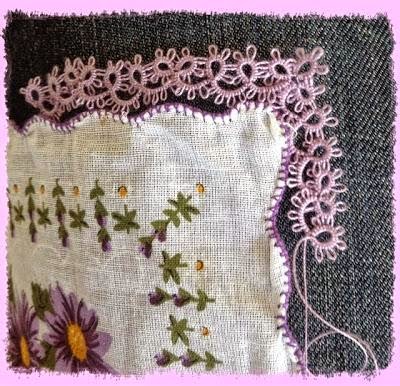 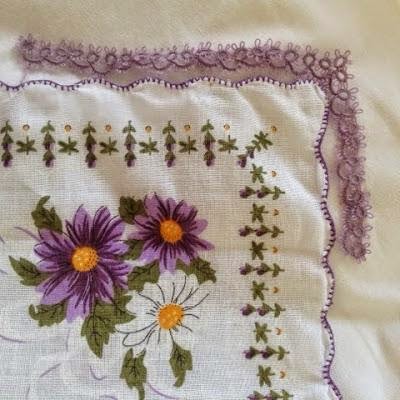 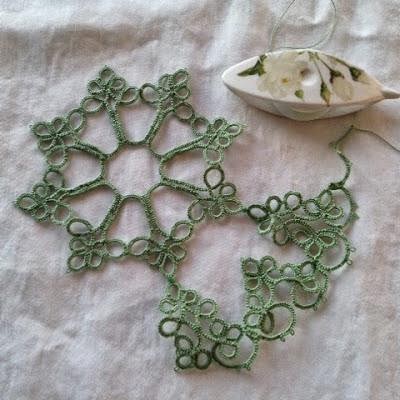 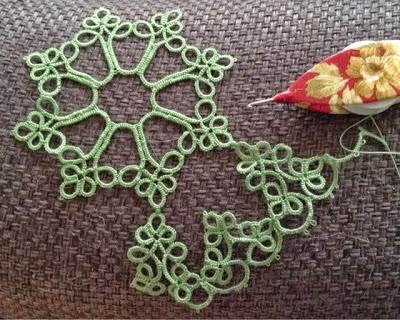 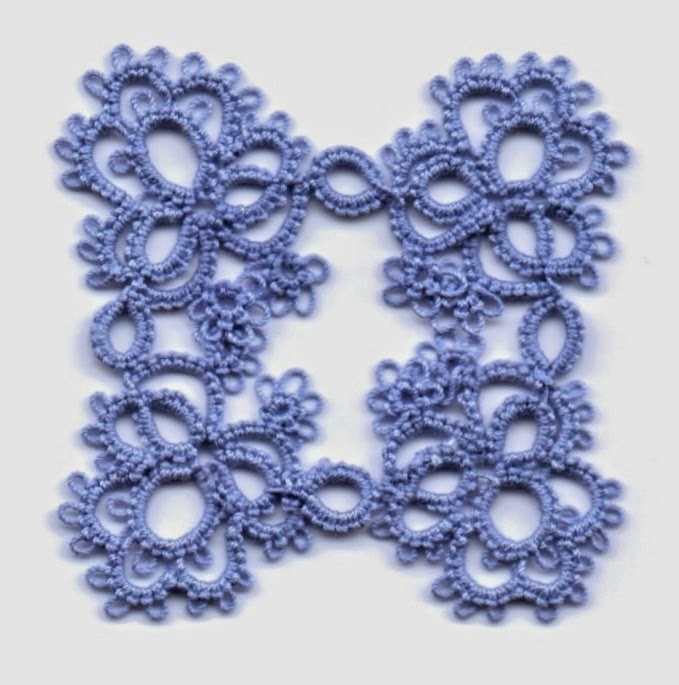 Marie doesn't remember where this pattern came from, but it's tatted in size 20 crochet cotton. 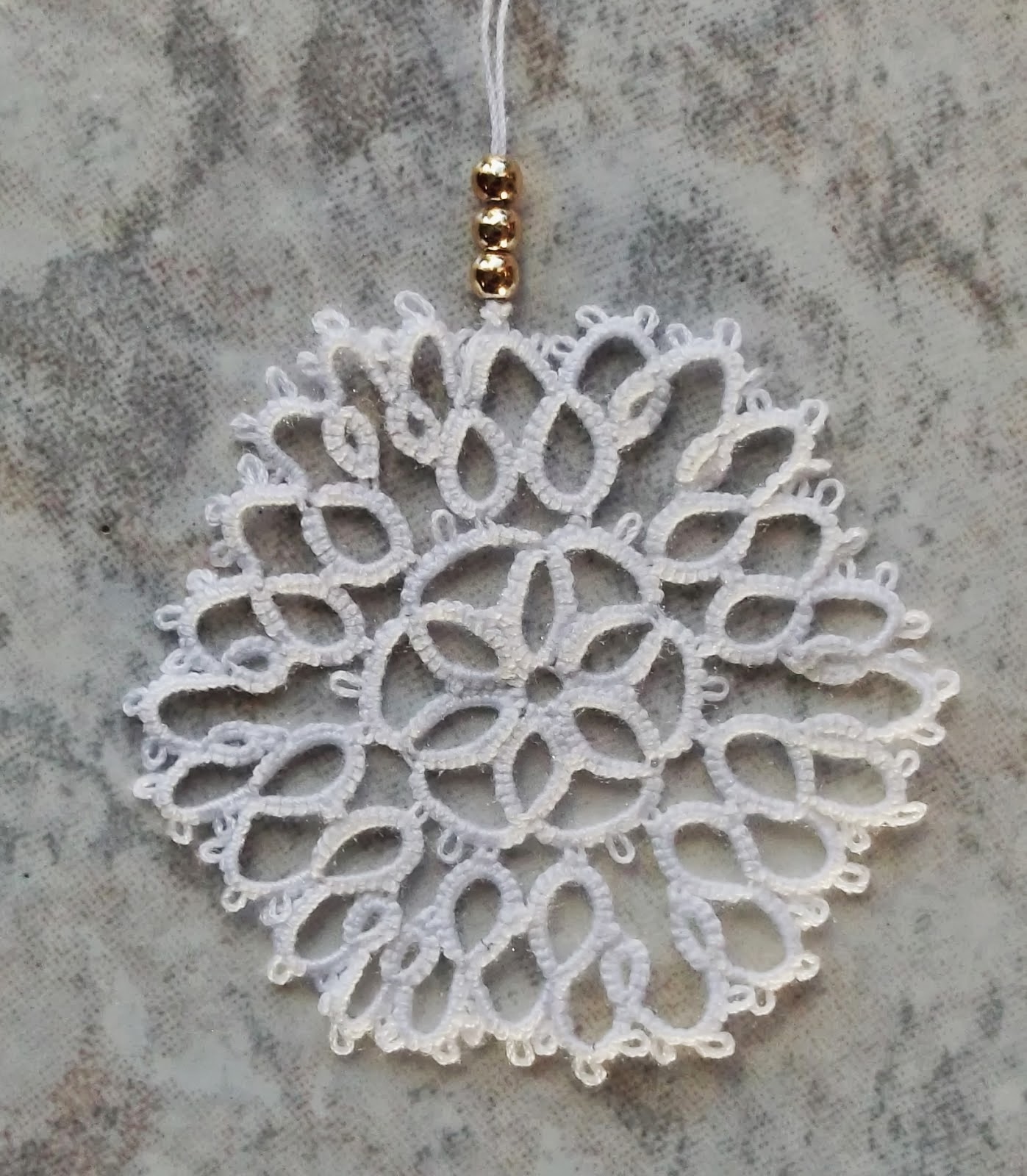 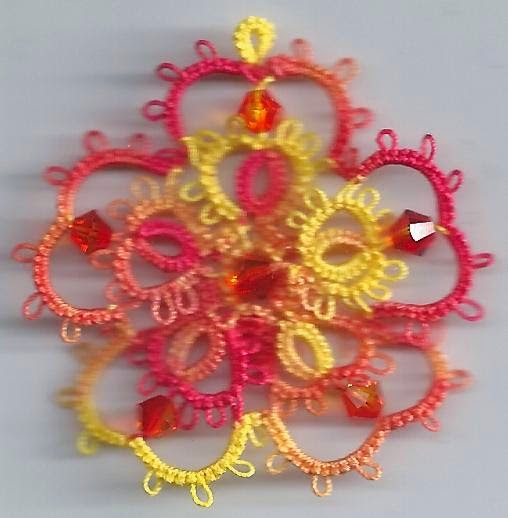 Wanda's version of an egg tree, with bunny faces and baskets on it, used the  Rainbow Splash Easter eggs she made. She shared the Easter pins she made with her family.

Hello Sharon :-)
I would like to participate in this 25 motif challenge for this year.
Here is my blog link : http://www.tipsaroundthehome.blogspot.in/

Since it is not an exclusively tatting blog, should I add specific links to the posts from which images can be uploaded ?

Secondly, will photos of stuff done in older posts be included or will the challenge start from the present onwards ?

I would really like to join ... love seeing all the creativity, talent & skills here !!!

Anyone can join the challenge. When the next update is done you are added to the challenge page and whatever tatting content is currently on your blog will be mentioned. Then any subsequent tatting you do will be included on the regular updates.