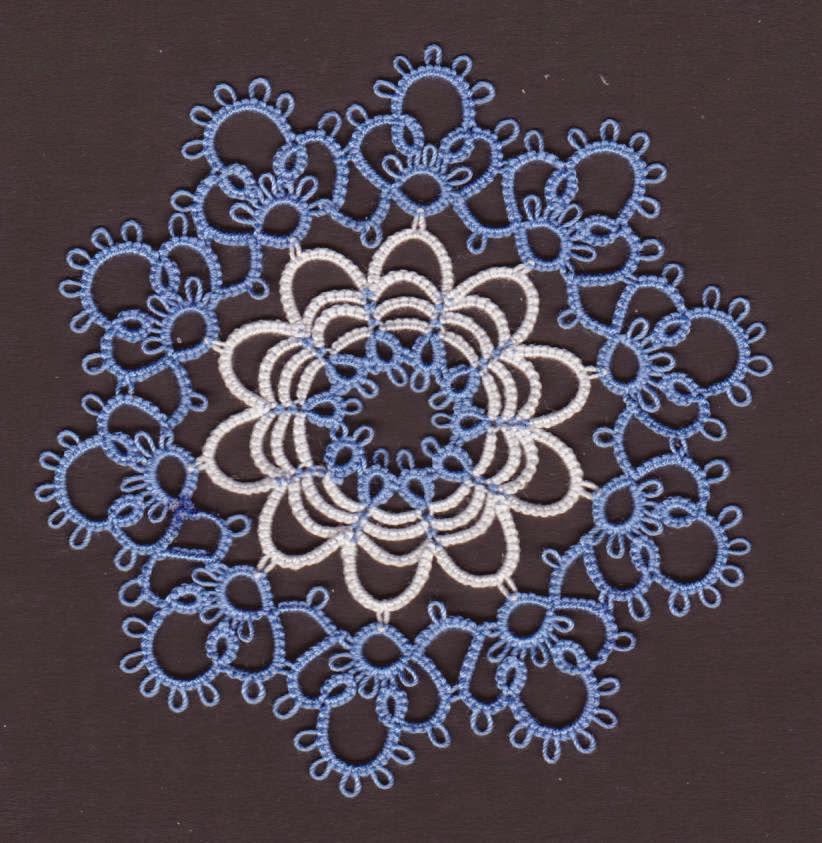 Sue is working on her necklace and needs to find the ball of thread because one of the shuttles is running out. She's been keeping the work in progress for her hat in a little box to make sure the thread stays clean. Here's the motif for the crown of the hat finished. 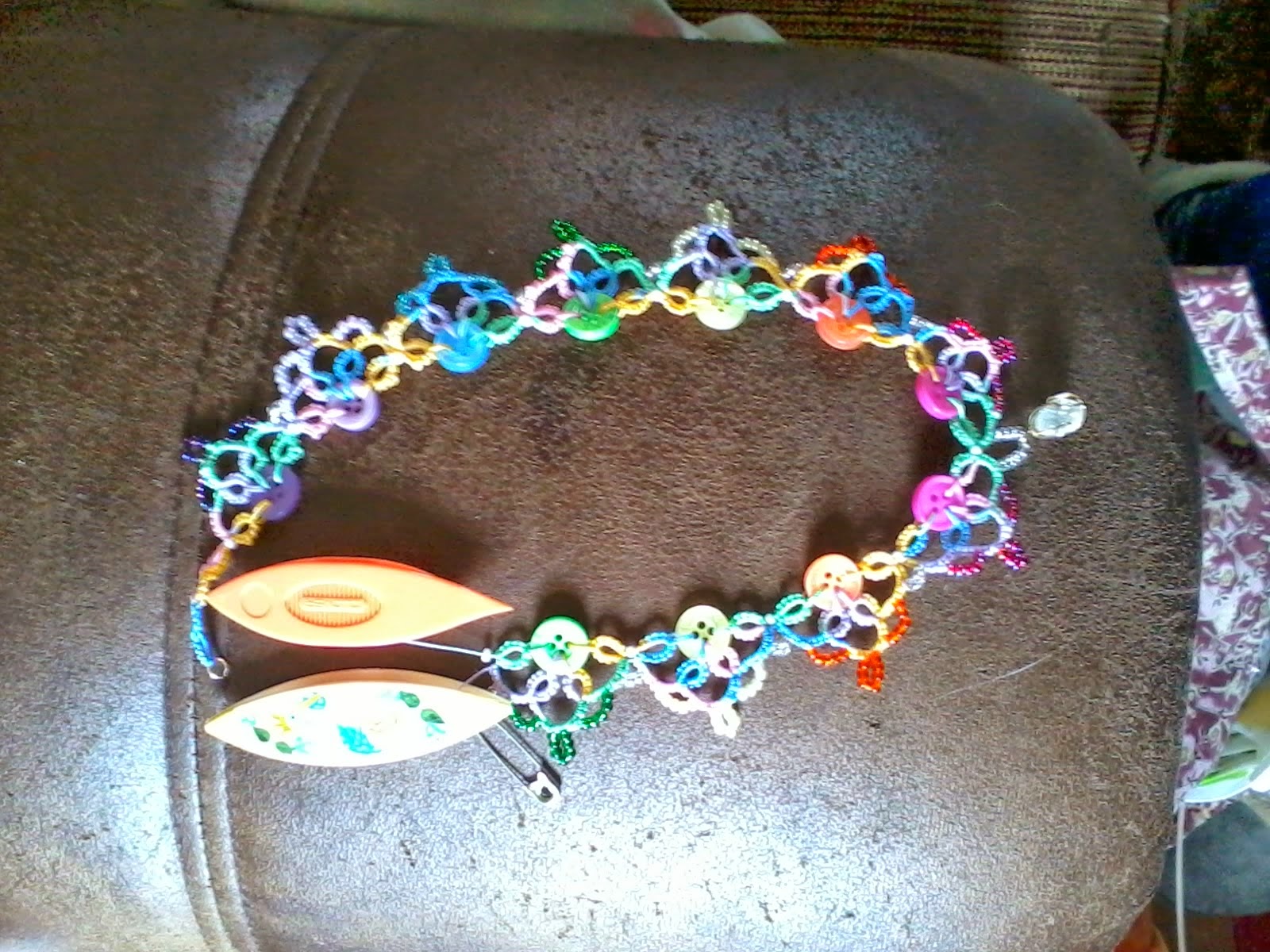 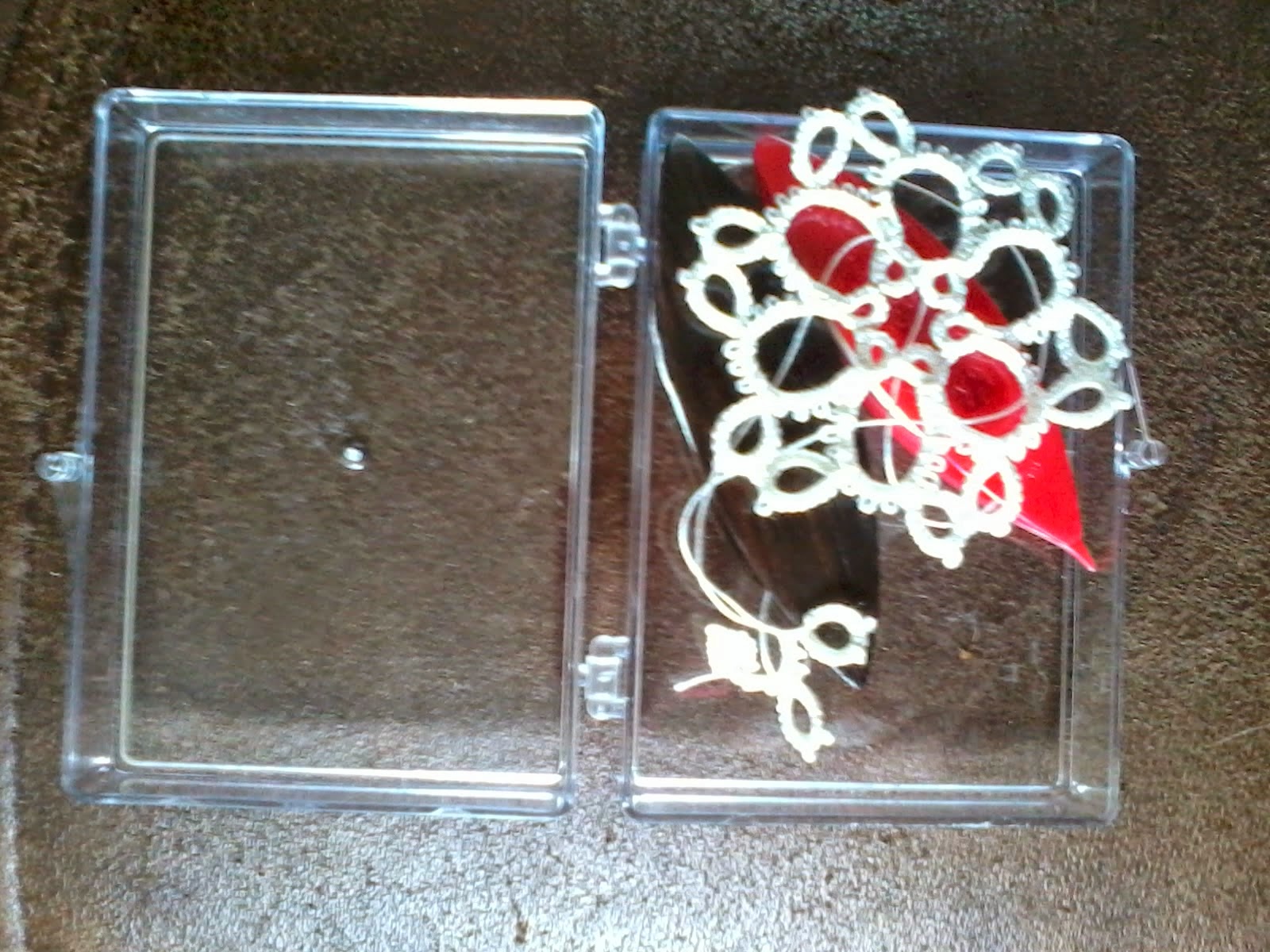 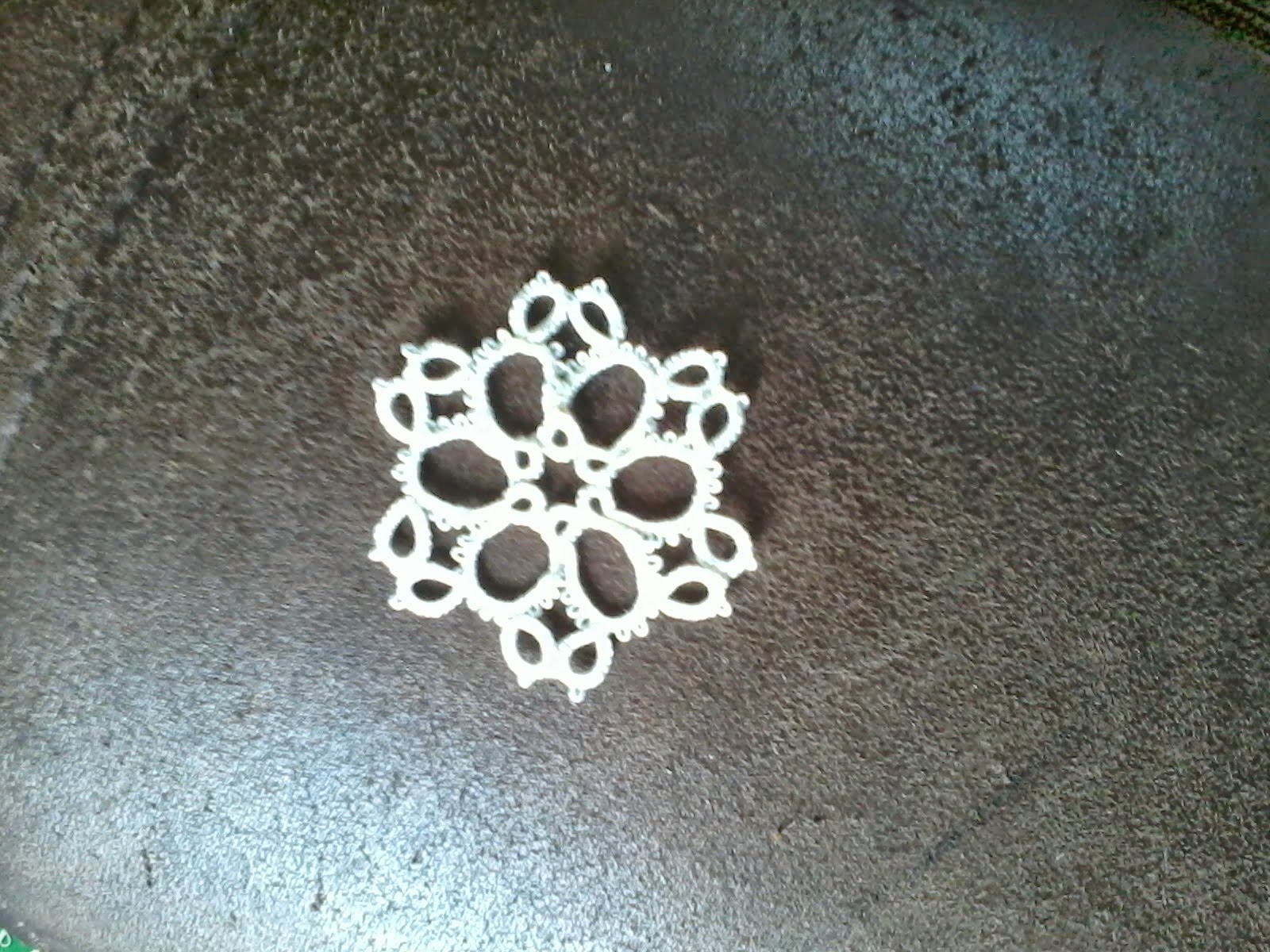 Diane used size 20 Lizbeth, #171 Green Coral Sea to tat the first pattern from Tatting by Myra Piper, which she has called a snowflake although it has 9 arms instead of 6. Some of Diane's students have been afflicted with shuttle acquisition syndrome, but their parents don't seem to mind. The students are still practicing their tatting and receiving their reward motifs and some have taken to adding bling their shuttles. Diane has been giving them a floss bobbin with each shuttle so they have plenty of thread to work with when they get home. She has finished the second motif in Myra Piper's book, also tatted in size 20 Lizbeth, #171 Green Coral Sea. 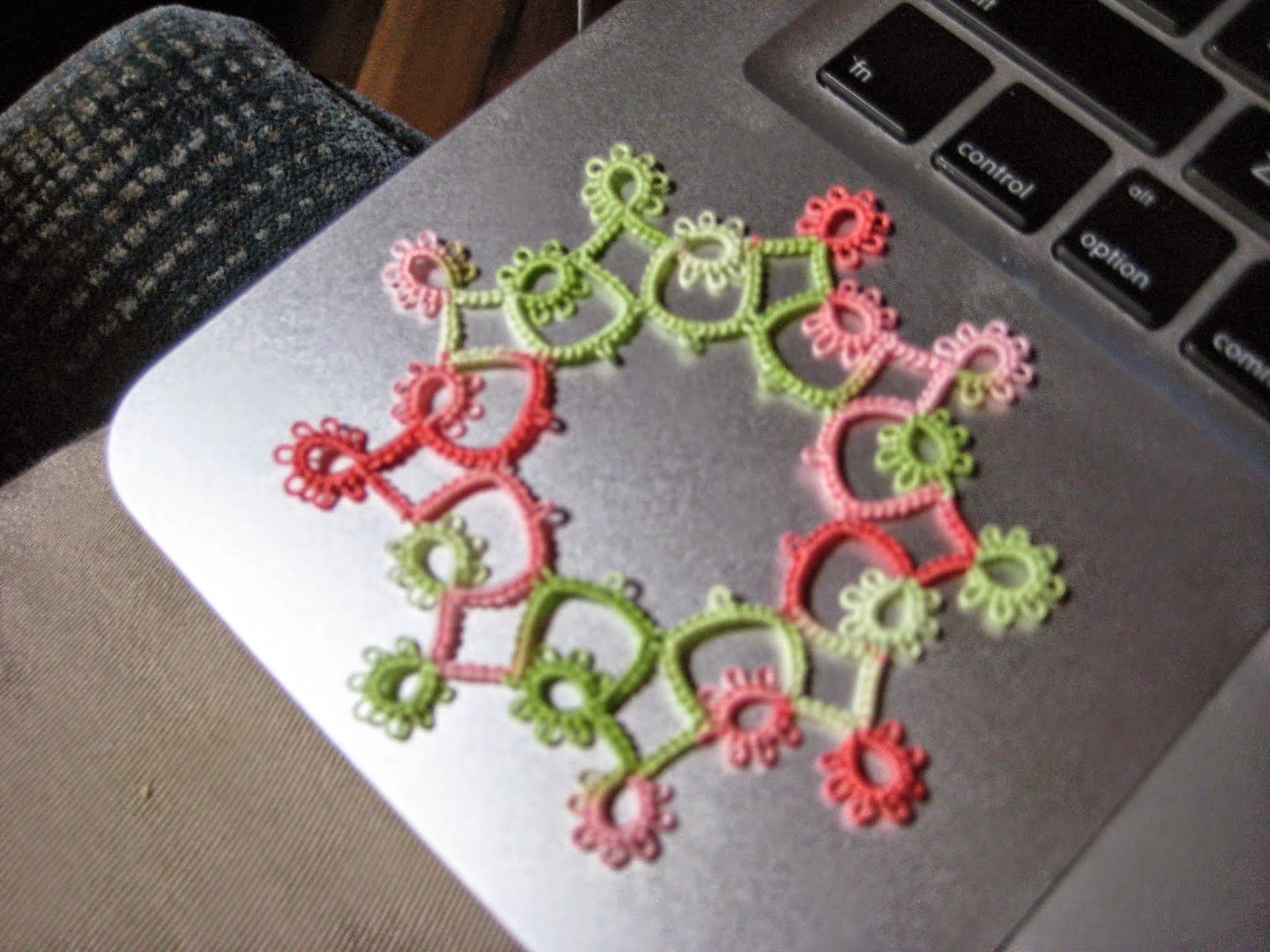 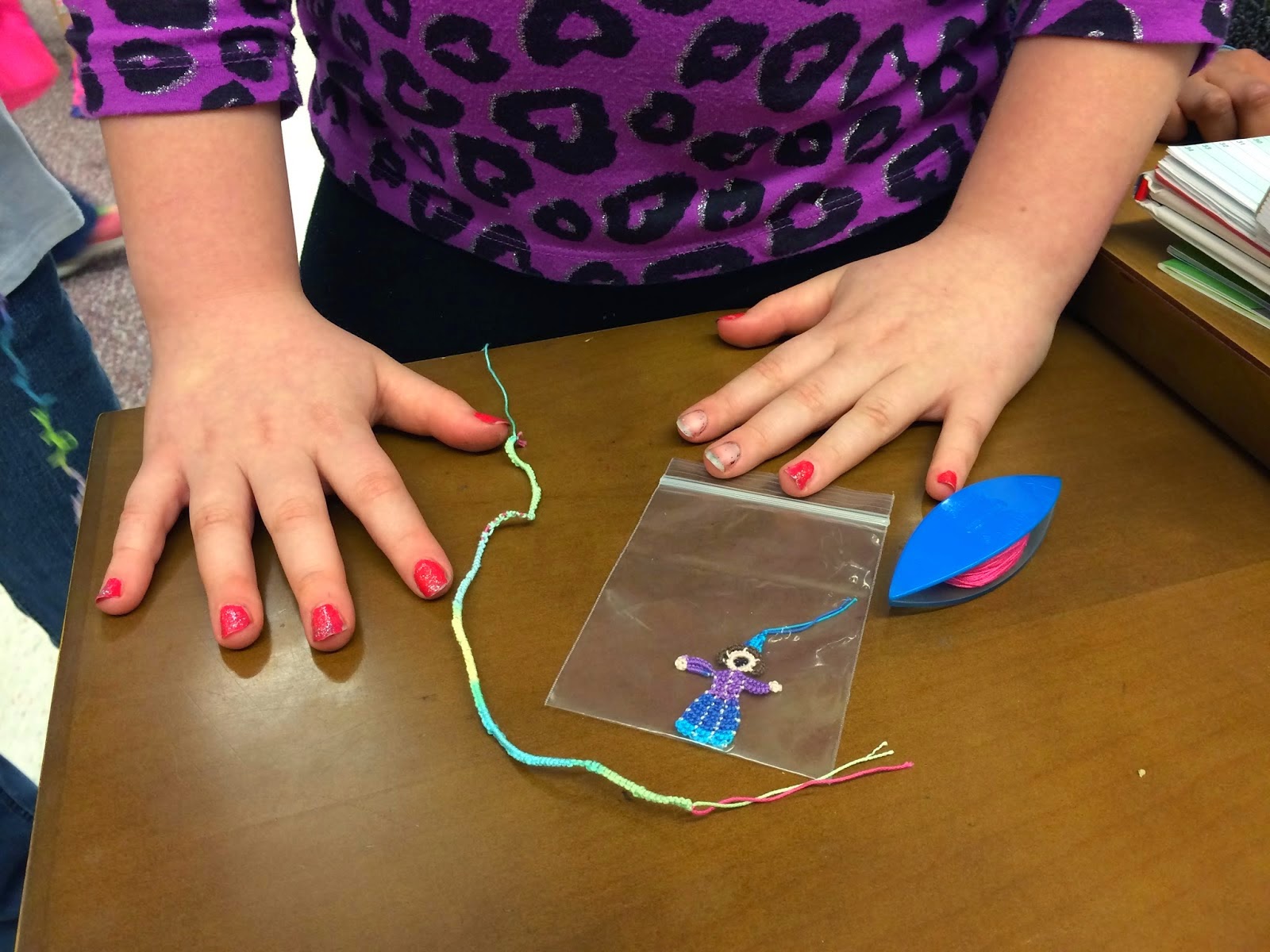 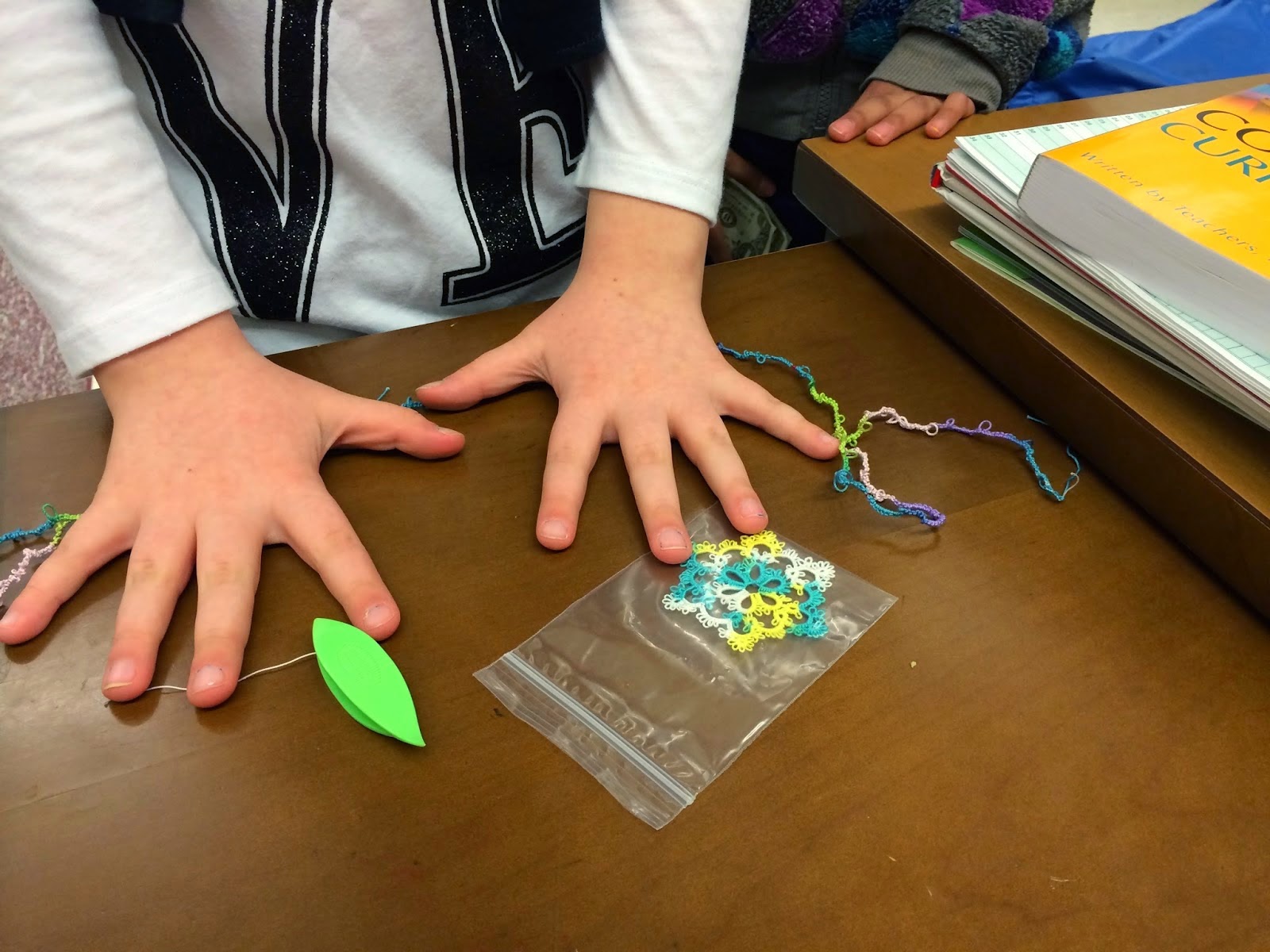 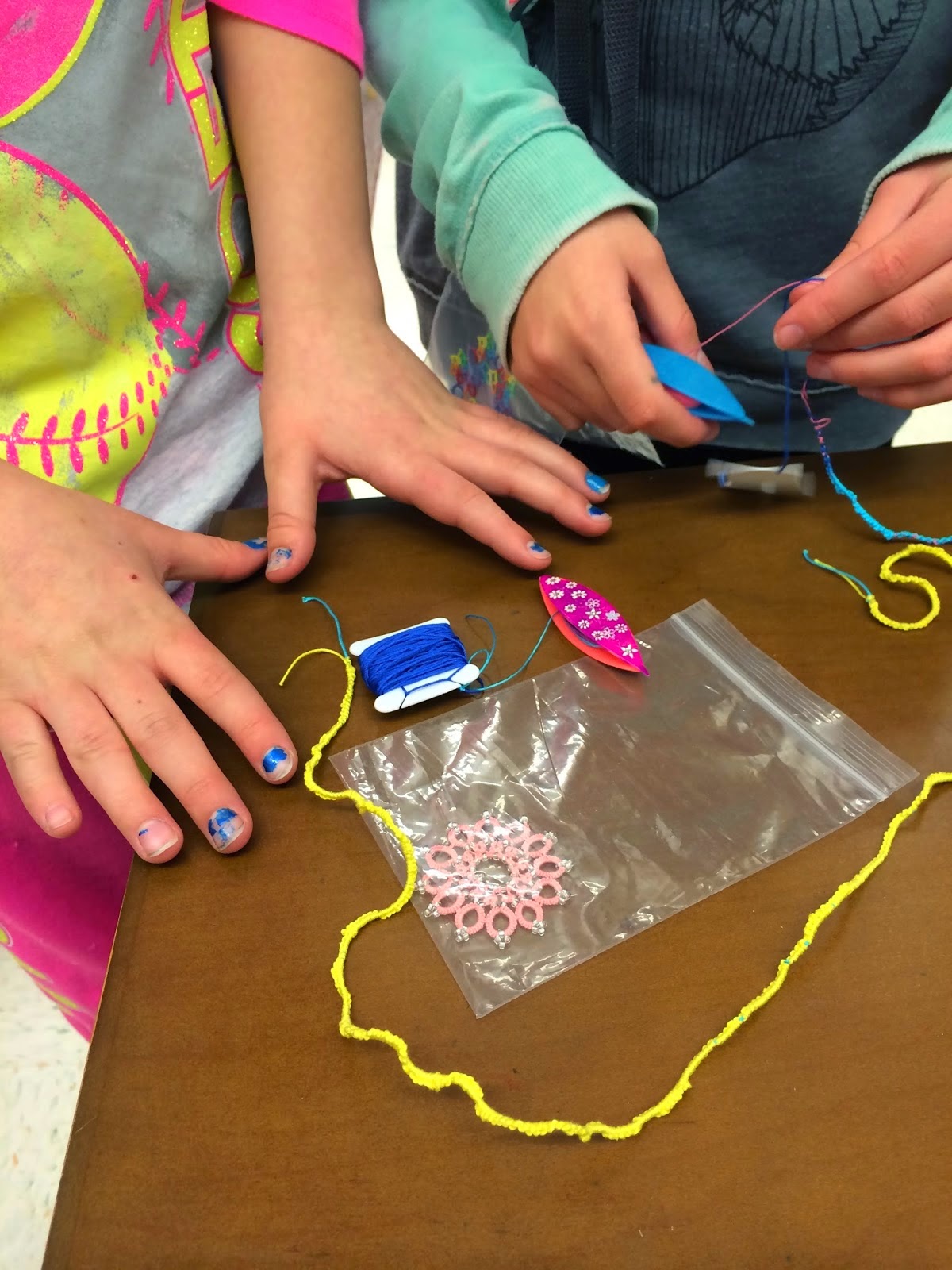 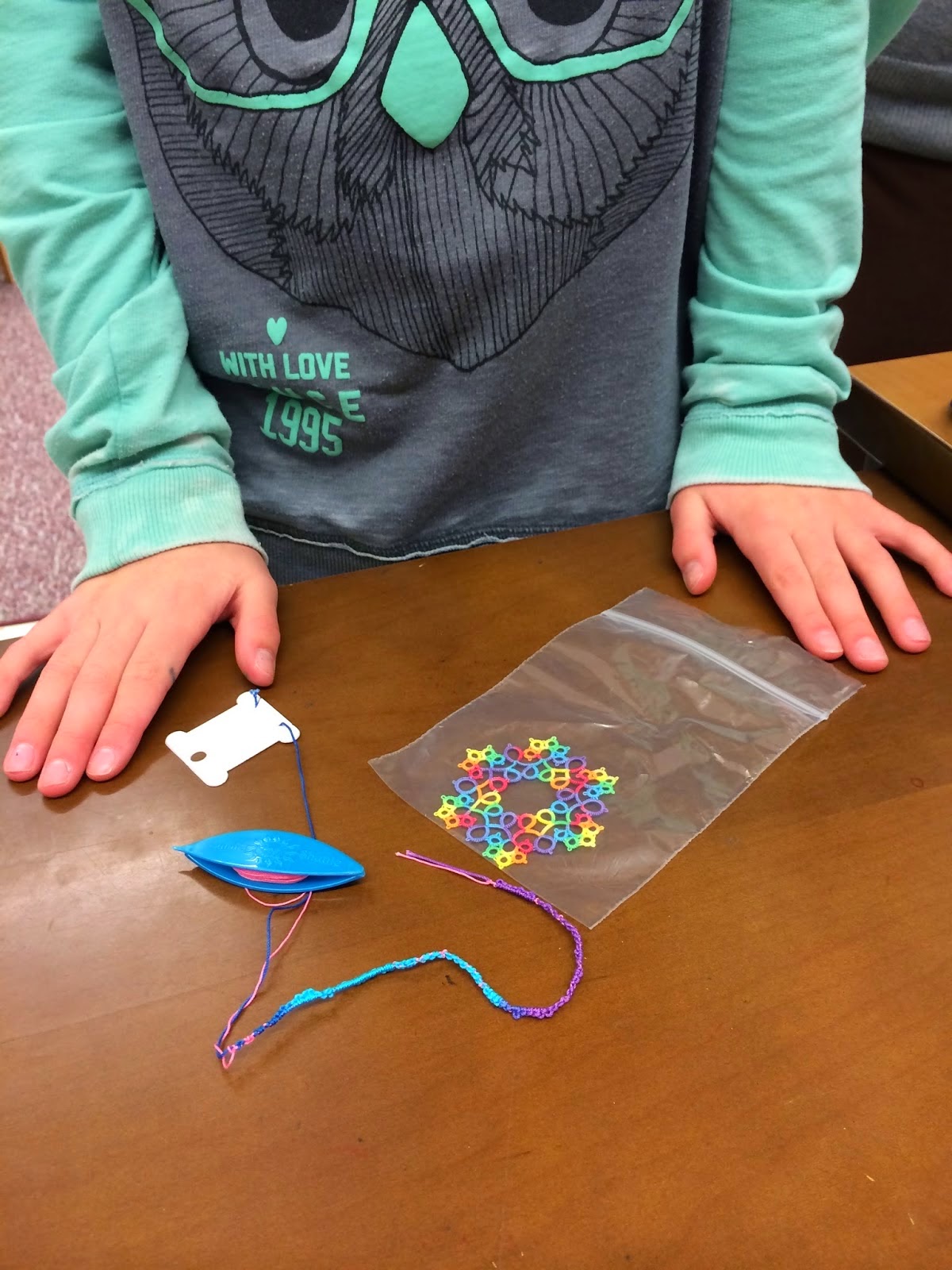 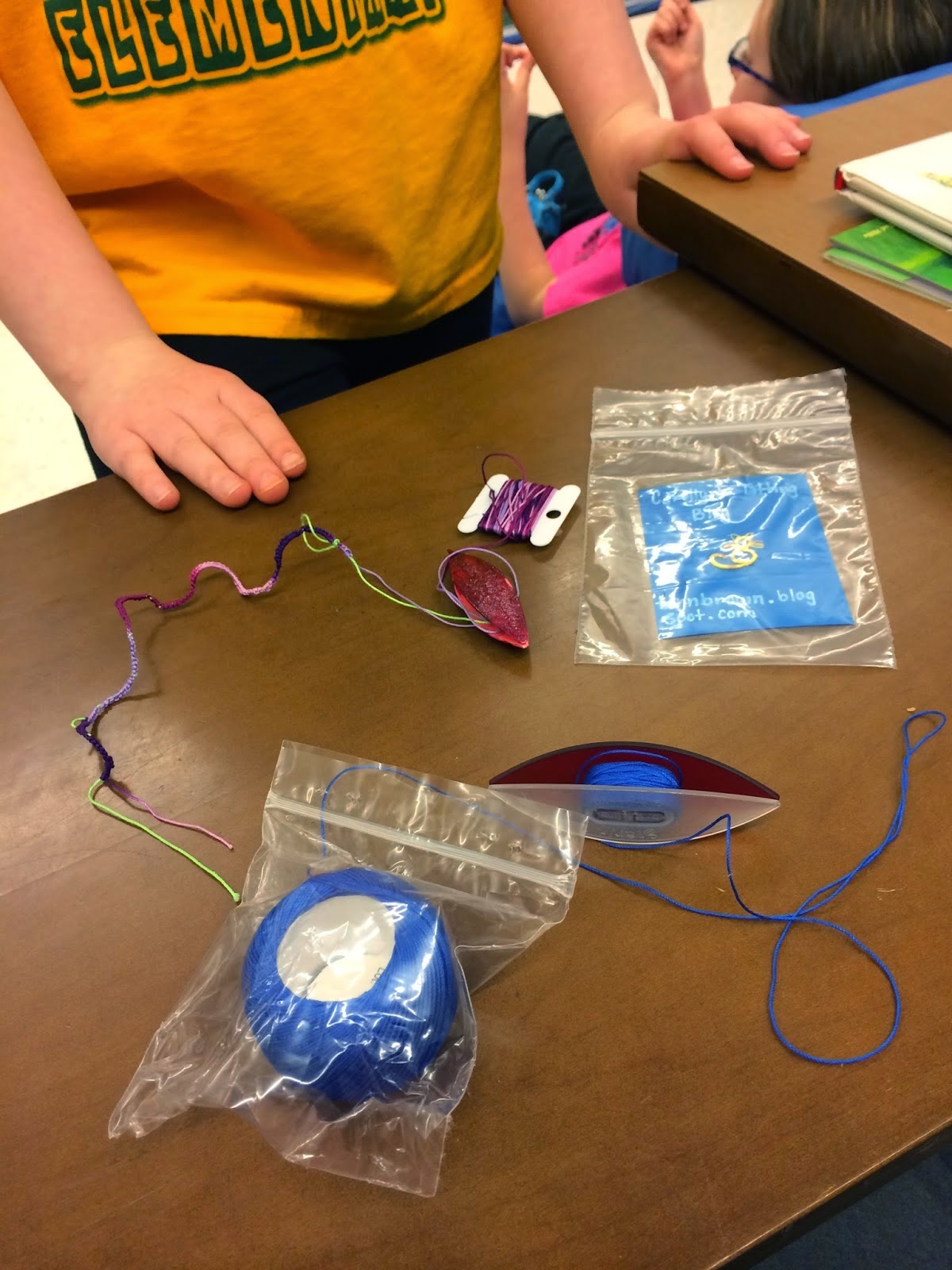 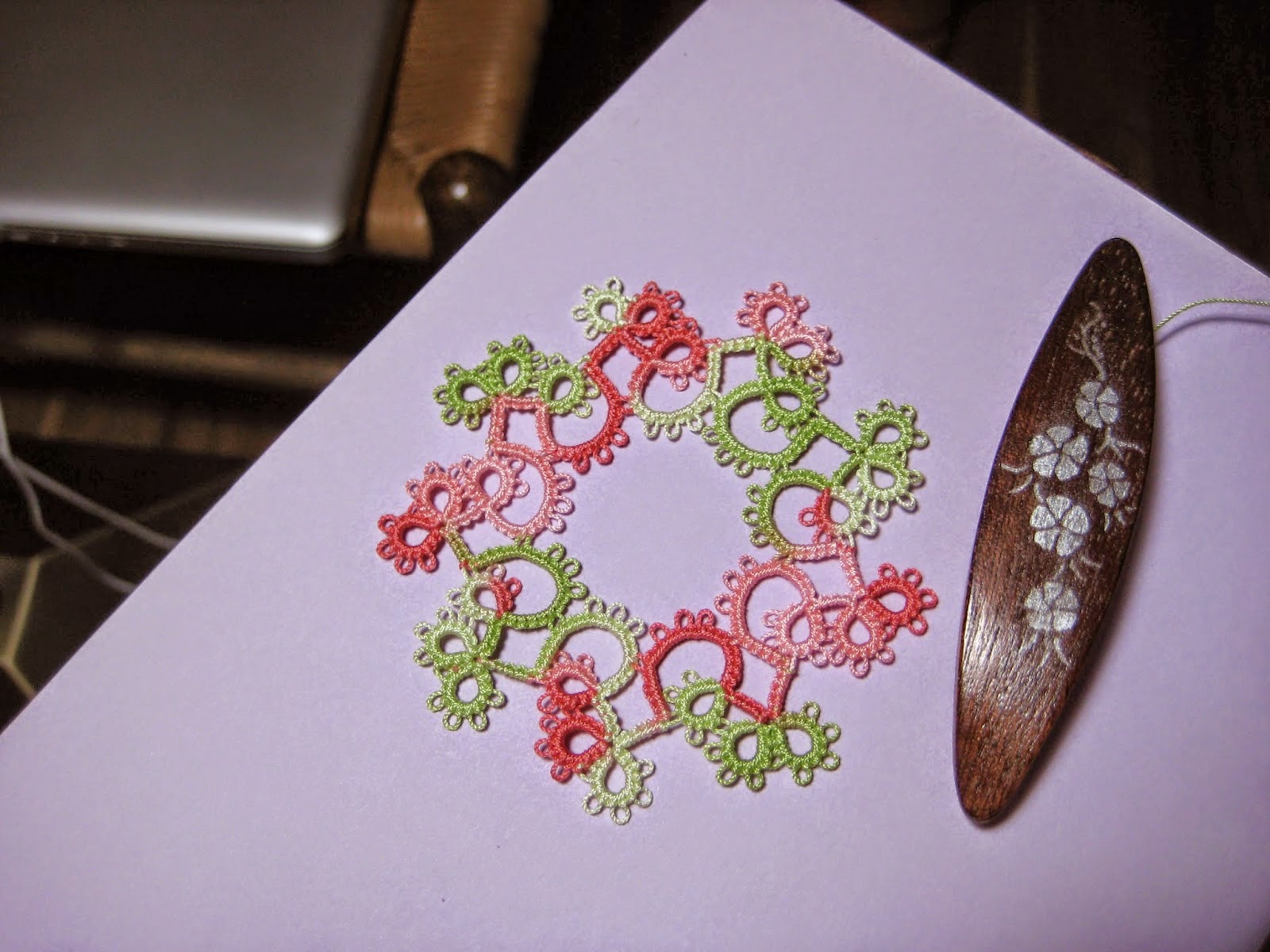 Kristen's tatting had a lot of ends to hide and when several people  suggested that she learn how to do split chains and supplied links to helpful videos, she forged ahead. First there was a split chain. The there was an SSSR and now she's on to finishing Karey Solomon's Plain and Fancy doily. 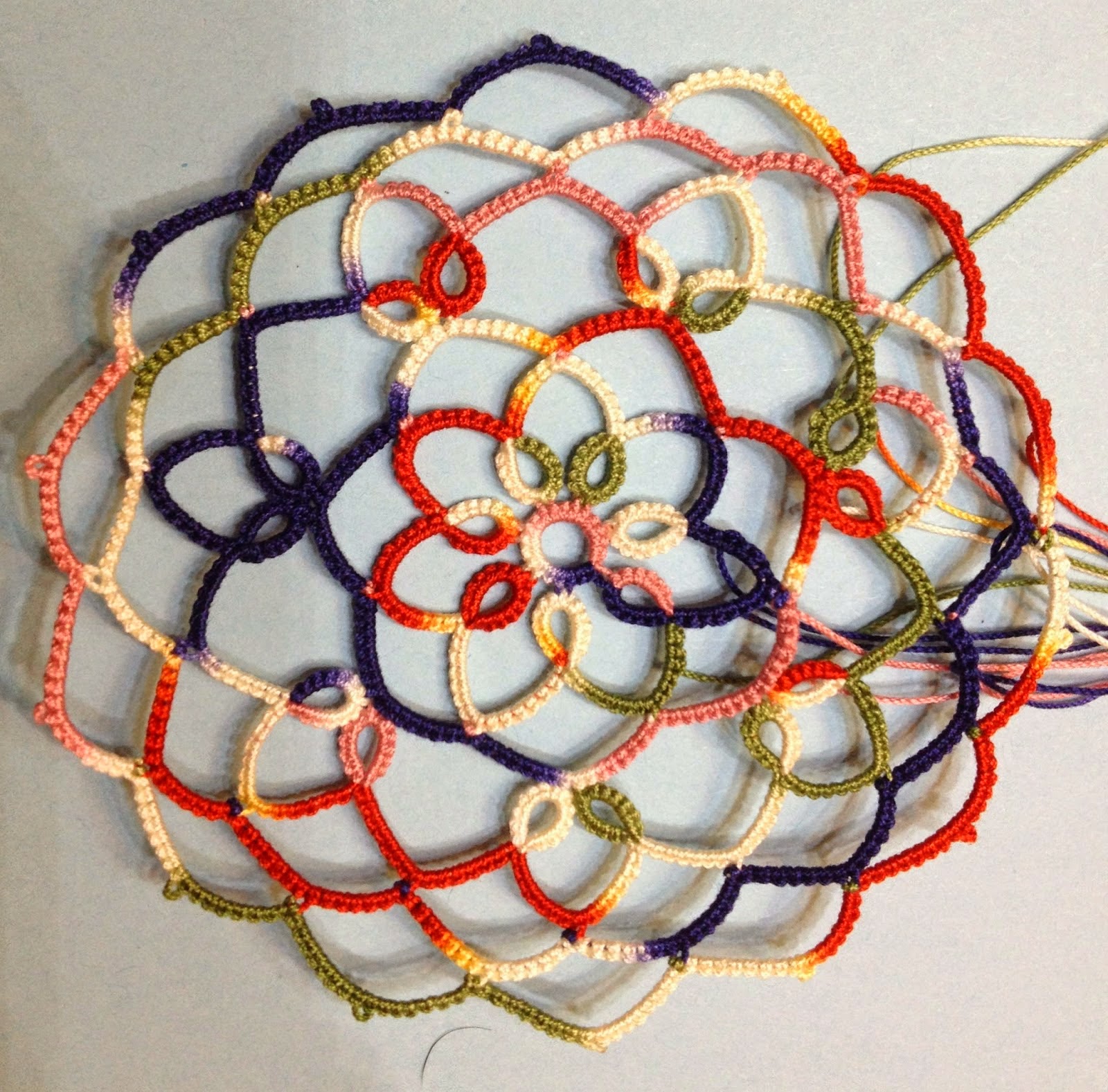 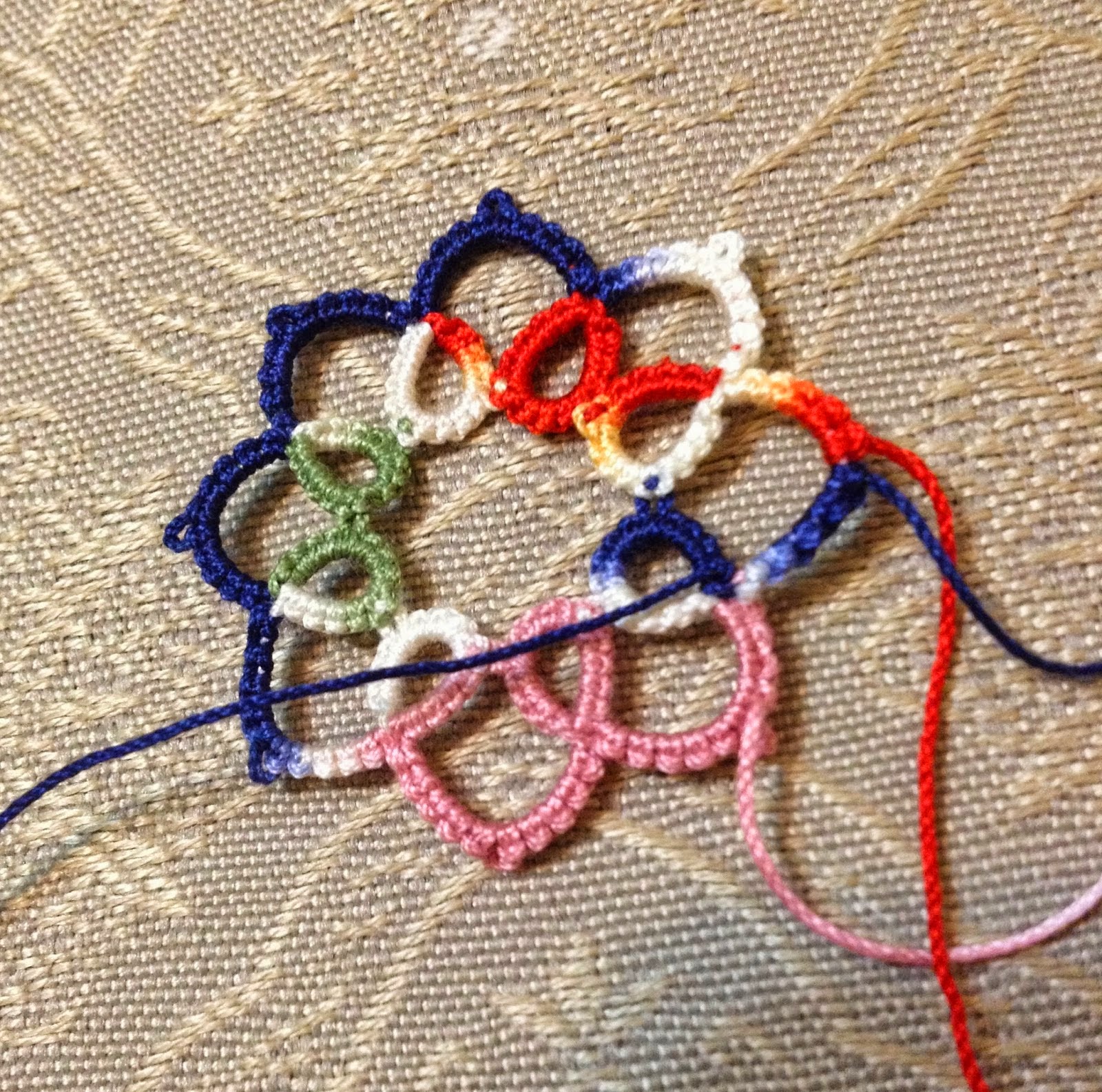 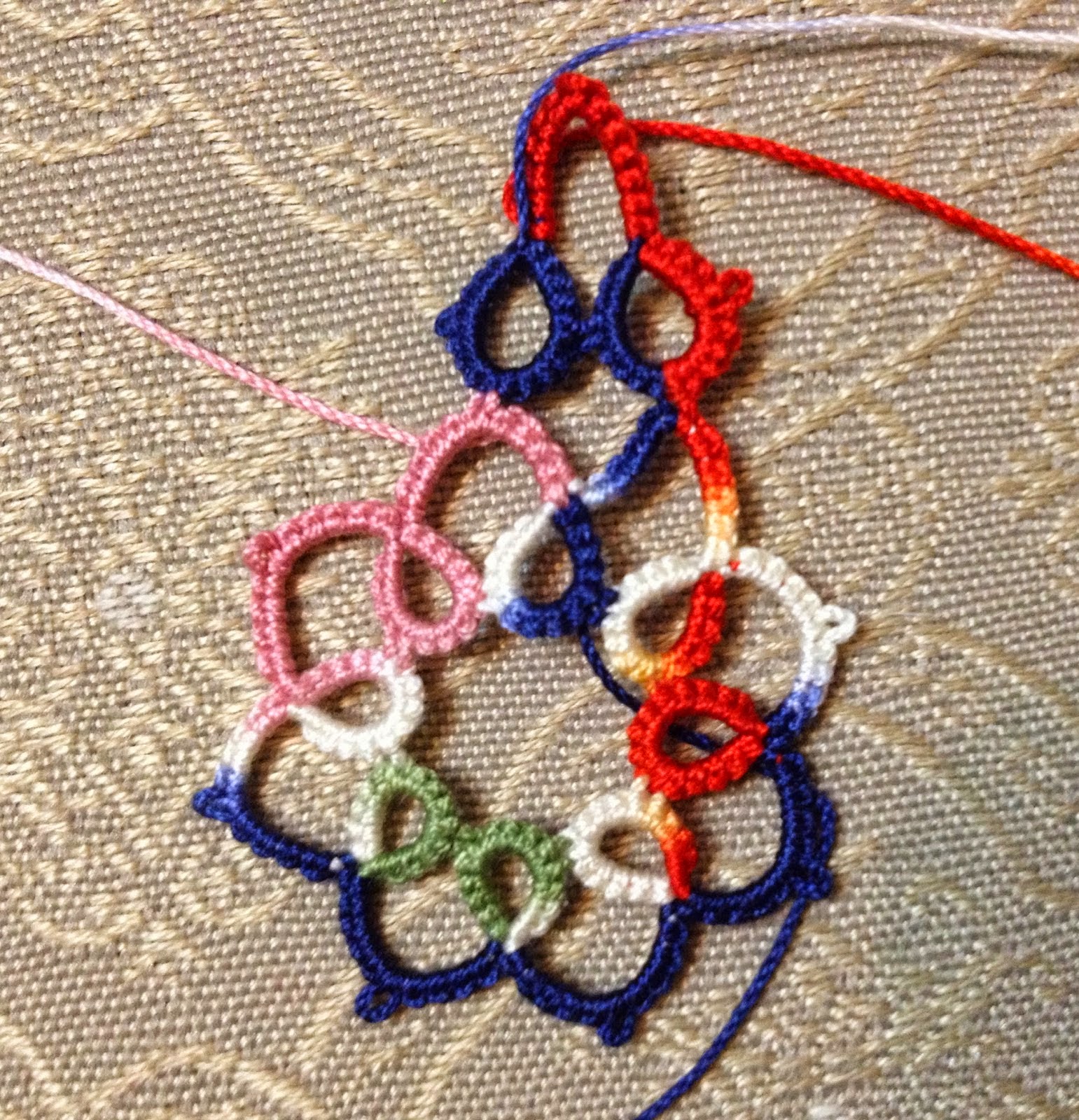 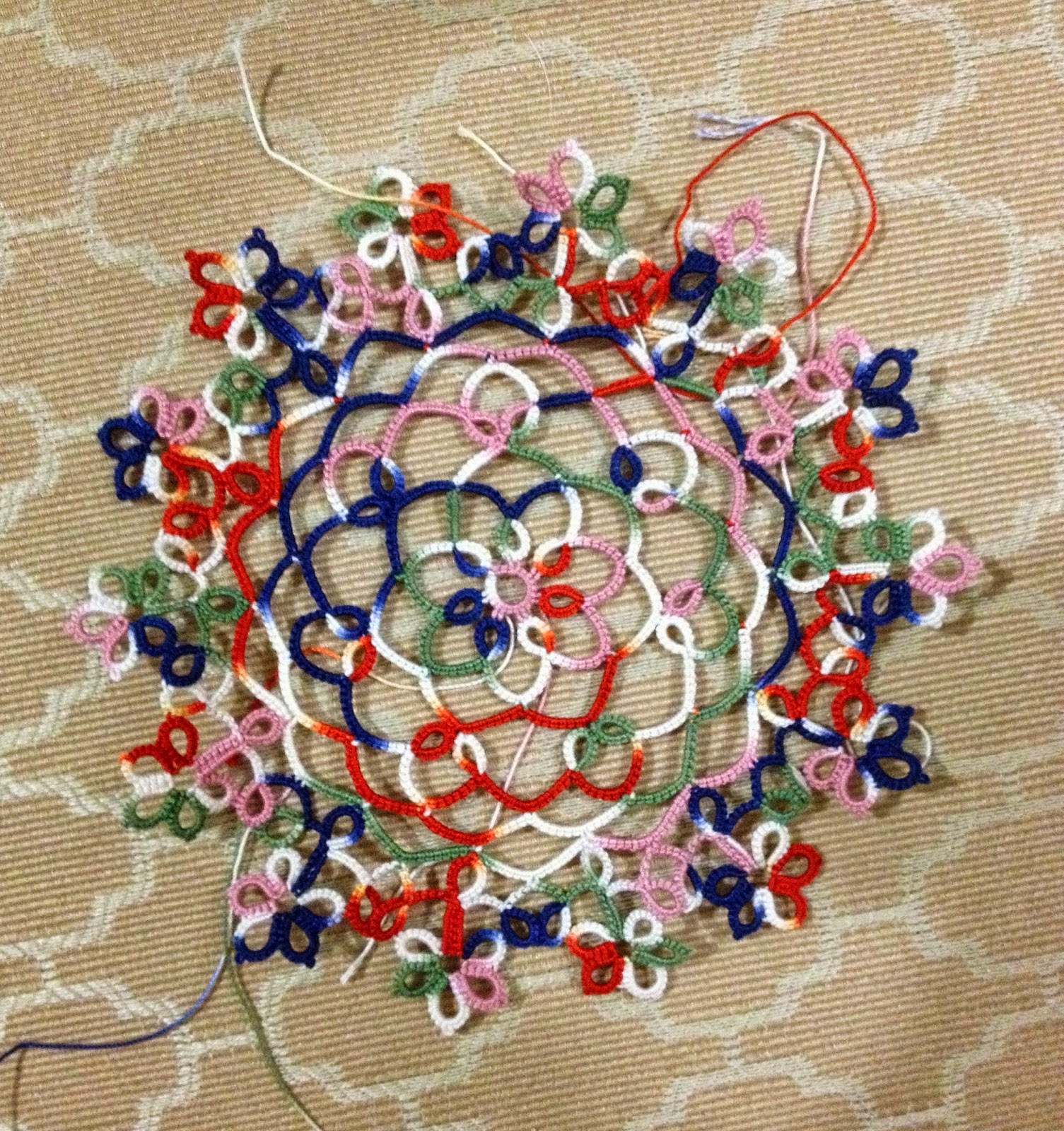 Marie tatted the Star Doily from an old Workbasket magazine using pearl cotton #12 for a finished size of 9 inches. 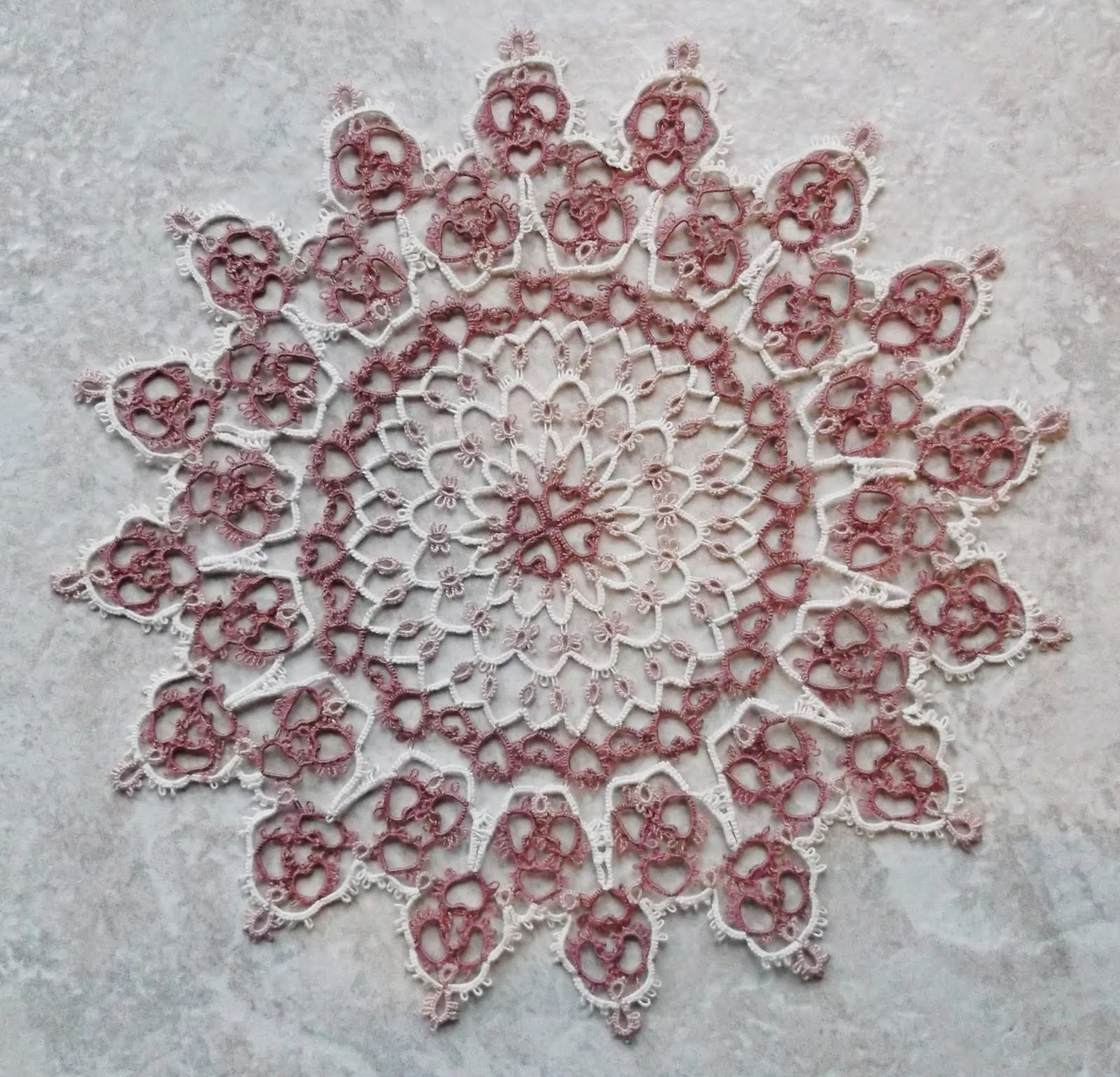