mb duke has been enjoying the joys of motherhood, alternately nursing one, then the other of her children, which hasn't left her much time for tatting and blogging. She managed to finish Sherry's TIAS and has plans to make the other parts later. Then, for Halloween she made the really cute bat she found on Marty's blog which she planned on using to make a mobile, but ran out of time. She made progress on the Anne Orr doily which is puckering along the side, but she hopes the next rounds will flatten it out. 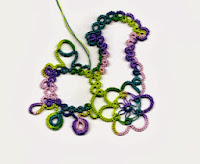 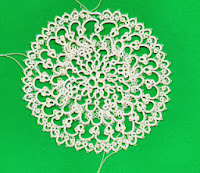 Marta is preparing for Carnival with these earrings from Jane Eborall's pattern using vintage buttons and Madeire with a metallic filament.

Fox's rendition of TIAS appliqued to a pink shirt, went over well and was received with obvious joy. Fox received this wonderful tatted motif from Ladytats. 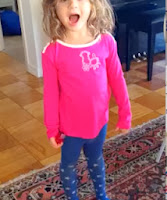 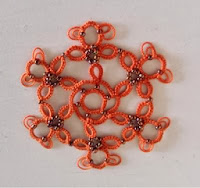 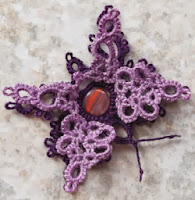 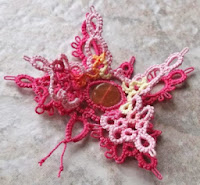 Martha tatted Winter's Day Snowflake by Darlene Polachic from the Big Book of Tatting in what she thinks is Lizbeth 622, Pink Med, adding a few stitches to the outer round to compensate for either her tension or longer bare thread spaces. 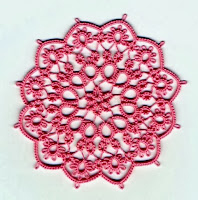