Jessica got another 2 rows completed on the doily, and promptly cut them off. The adjustments that she made on earlier rows resulted in the outer rows being bigger than the original design and they ruffled. So now she needs to do something with those outer rounds she cut off. 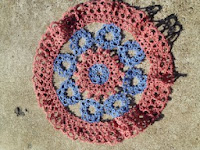 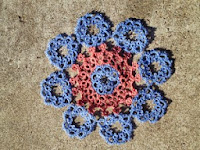 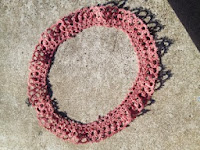 Marta created this winter necklace with a rope of icy beads. 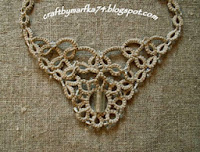 Nancy has Day 6 of TIAS completed. 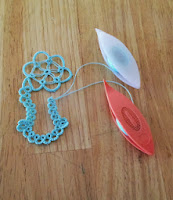 Diane was 2.25 hours into this monumental 14 inch doily, when she realized that she had an extra picot and a chain 3 in the wrong place, at the beginning of the round. She decided to just finish the round and use this piece in a crazy quilt block where she can do something to hide the mistake. 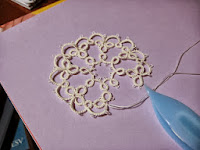 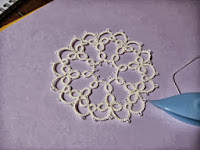 Fox is using fall colours to work on a doily from Iris Niebach's Tatted Doilies book. She's started it, a time or two, as a break from the Mystery Doily which is growing bigger but she's noticing a bit of ruffling, that she hopes it will work out. Fox entered Renukek's Honey Napkin  in a Tatting Competition at the Markham Fair and then forgot about it until she had to go pick it up. She was amazed to find that she had won first prize and the doily had been selected to go on display at the Ontario Association of Agricultural Societies Convention in Toronto next February. Congratulations!!! 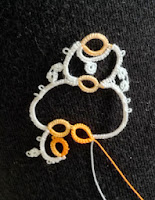 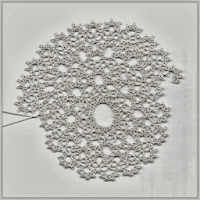 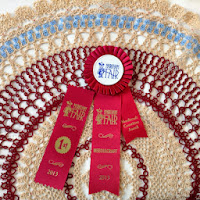 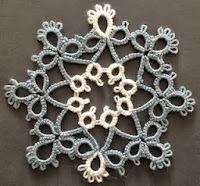 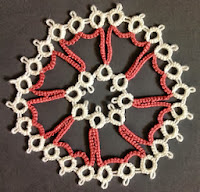 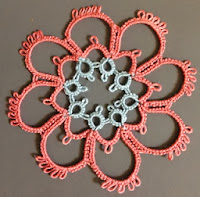 Mica worked in the ends to another one of Jon's snowflakes - this time Hearts in a Snowflake just to have something to blog about. The snowflake is done in DMC Special Dentelles No. 80 in white. 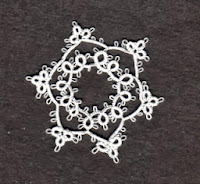 Thanks, Sharon. Quite a nice surprise! : ))
Fox