Barbara did another of Jon Yusoff's motifs called Eintamani in Fern green, #675 in Lizbeth size 20. 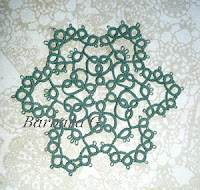 Jane is working on the trellis doily. It's going faster than anticipated because it's mostly chains. Here's the finished doily done in Cebelia Ecru size 20, waiting for it's fabric centre. 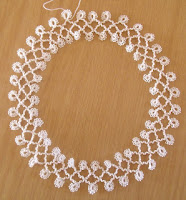 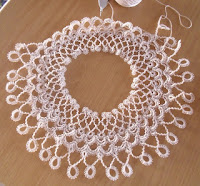 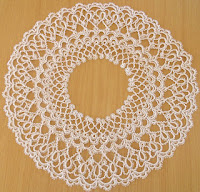 Kristen is surviving typhoon season by tatting. She's working on the Corner Bookmark from Tatting by Cathy Bryant in black and yellow for her brother. 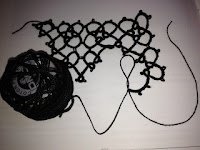 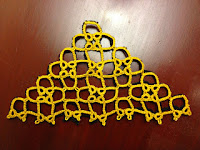 Diane is working on Anne Bruvold's Flying Minor Norwegian Dragon for her grandson but while the picots on a single shuttle split ring were easy, picots on the second half of a split ring caused her some aggravation. She did some practice pieces and the split rings were fine, but as soon as she added picots the ring locked. Rather than undo, she cut it off and tried again. Someone suggested Anne's Ringtrim was a good practice piece, so she tried that but the twisted picot didn't look quite right. 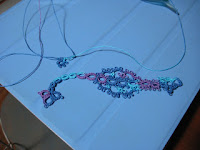 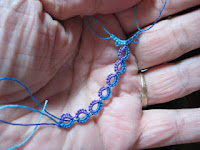 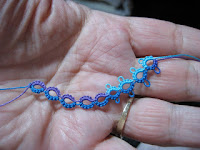 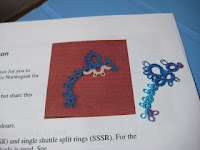 Marie is reminded of carnations when she looks at this pendant she created. These earrings were made to match the Carnation pendant. She used the nylon thread to create a cheerful Posy pendant. 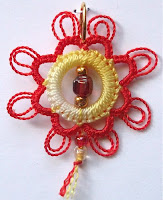 Michelle persevered and made the Frivole's Mille Fleurs again, with better results although she had to do two singles to start the petal, possibly because she tats too tightly. Here's the picture of Marilee Rocklee Carnival necklace that she tatted with her dress. 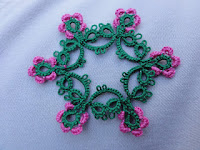 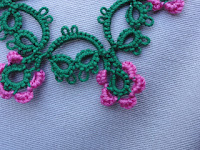 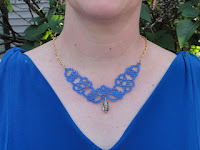 Orsi is tatting flowers, she needs 20 of them for her necklace. Here it is partially assembled. That's a lot of tatting and I can't wait to see the finished product. 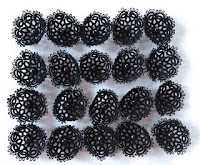 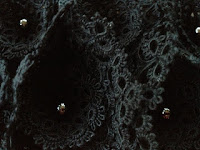 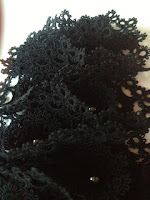 Sue joined Rachel's tatalong starting with interlocking SCMRs in size 10 Lizbeth Latte Foam. Round one of the tatalong is completed. Since this is shuttle tatted on round 2 she just kept drawing the ball thread through so that she didn't have to cut it, and  put the shuttle through each chain so that she could get the woven effect. She received some lovely tatted earrings from Fox, but she doesn't have pierced ears, so she passed them on to a young girl from church who just loves them. The next part of the tat-along is done and here are both pieces. 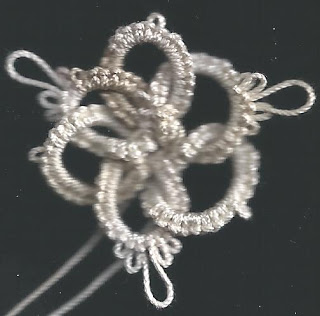 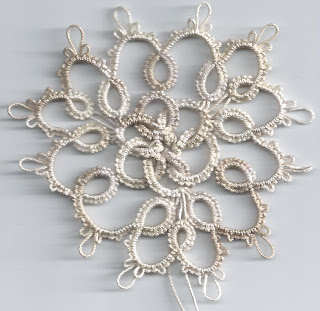 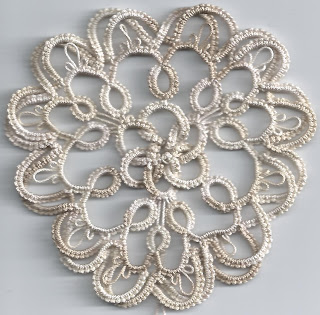 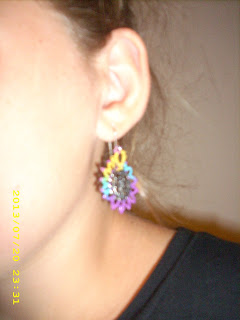 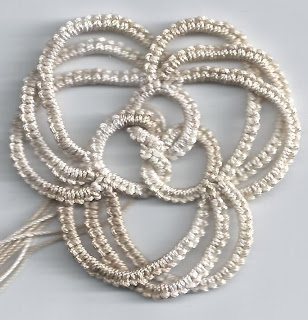 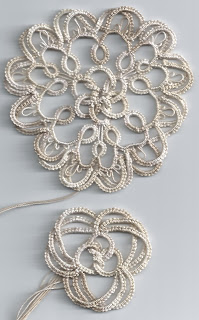 Wanda liked how the photo albums from last week came out so well that she did another one using 'Joy's Heart' in Lizbeth #159 Easter Eggs size 20 along with flowers and butterfly in random colors. This is one of the buttons she decorated. The dragonfly is in Lizbeth #131 Vineyard Harvest size 20. She thought Nancy Tracy's Clover Drop Heart would look good on a photo album, it's done in Lizbeth #117 Country Side size 20. 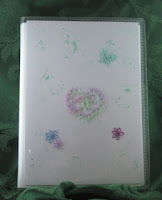 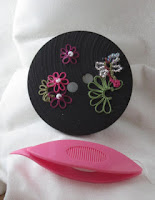 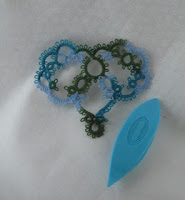