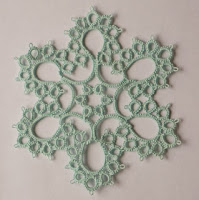 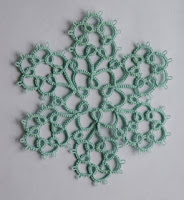 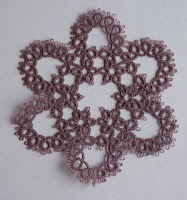 Jane has an order for 17 bookmarks so she began with Jane's pattern. Then she tatted the Morning Glory Bookmark, designed by Eliz Davis although she pared it down a bit because she was using thicker thread. 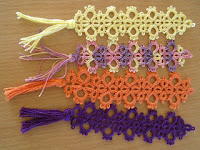 Lelia has been tatting doodles for Tat Days. Dragonfly Pattern by Jon Yusoff and a 5-Ring Flower Pattern that have been sent off in the mail. 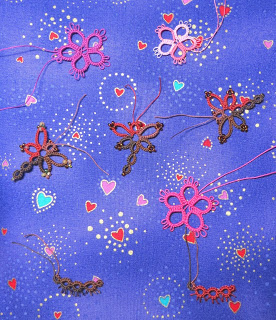 Linda tatted the pink piggies with size 40 and the black piggy in size 80 using the pattern from Tatting Treats by Pam Palmer. The peacock is a pattern by Dianna Stevens in her book Animal Bookmarks A Tatted Zoo. You can see some of the tatting added to the top of this crazy quilt.

Cindy was pleased to see that she got both a blue ribbon and a sweepstakes ribbon for her tatted Jan Stawasz Doily XI. She also got a blue ribbon for the Flowering Quatrain Bookmark by Frivole.

Diane got together with the Tollway Tatters again. Barb worked on another of Jon Yusoff's Elegant Tatting Gems. Diane worked on the Spinning Wheel Glass Mat that got messed up and finished it. Butterflies edging from A Pattern Book of Tatting by Mary Konior gave her a break from split rings. She wanted to use this for a round doily centre, but what she has created is a corner. Now she has to decide whether to keep on with it and use it for a hanky edging or fix the mistake and use it as intended. Retro tat? Cut? Decisions, decisions. In the end she opted to undo the mistake and keep on with the edging as planned. 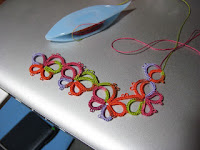 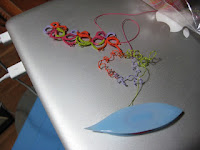 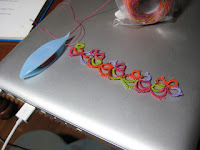 Marie created Posie earrings to go with the pendant she made. 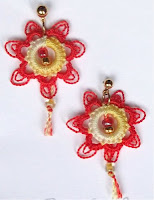 Michelle wanted to tat Anne Bruvold's Tardis pattern to go one these pouches, but the size 20 thread made designs that were book mark size and too big. She recently ordered Size 80, Lizbeth in Royal Blue which has been re-named in her household to Tardis blue and the finished Tardis is a perfect size for the pouches. 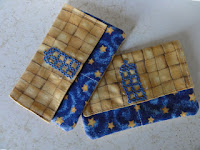 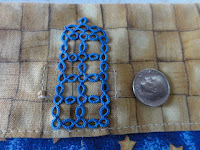 Orsi has her tatted necklace mostly done although the inside part isn't finished off. It's more like a stand up collar than a necklace, but it's easy to imagine a model wearing it on a runway. 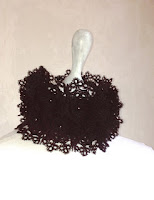 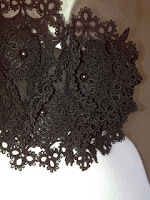 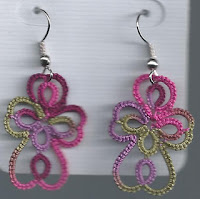 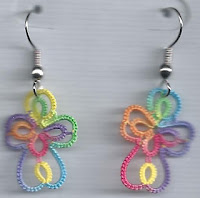 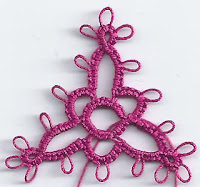 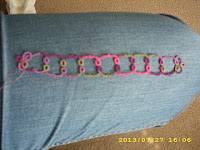