mb duke finished her last Victorian lady in Lizbeth red white and blue, using a pattern from the internet. 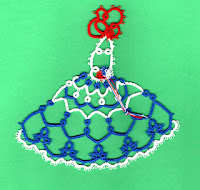 Carrie was just about to start the clover rings for the center of the cross when she realized she's a picot short and she's decided the only way to fix it is to cut it. 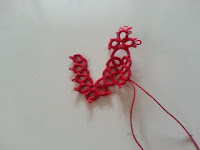 Diane was ready to sail on down to the finish line with this Spinning Wheel Glass Mat when she noticed an earlier mistake. Repeated issues with this particular project made her decide to put it aside for now. 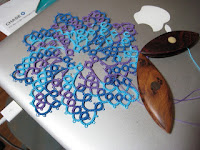 Fox is gritting her teeth and tatting on with the Valdani, although instead of being enjoyable, working with it has become a chore. She had to start something else, just to give her a treat to look forward to. 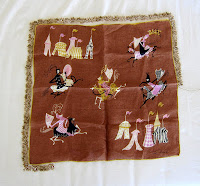 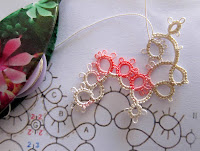 Michelle isn't enamoured of a permanent tattoo, but as a changeable substitute she has a whole series of removable lace "tats". All done in Lizbeth, size 20 - med green and Grape Splash, Victorian Red, Royal Blue. The bracelet is another of Donata Jones' designs available from her Etsy shop. 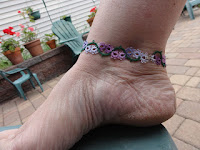 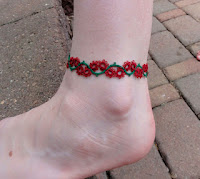 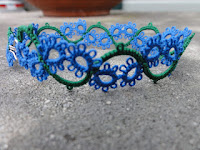 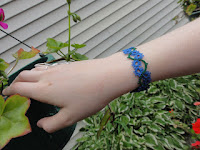