Sharon has round 3 of the Renulek 2017 doily completed and she loves the DMC Cordonet thread, but sadly it is only available in white and ecru. 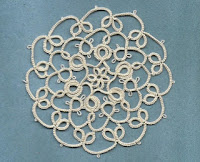 Elsa initially thought this pattern was an edging for a small bag, but this sample from The Royal Tatting Book 1867 is Mignonette tatting which she finished off with split ring tatting. Can you imagine doing all of those tiny three ring motifs and hiding all those thousands of ends? Thank heaven for split rings. 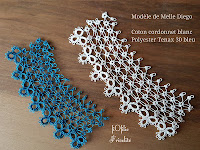 Diane has been working with colour for so long, that this Ice Drop really does look icy to her. She joined Renulek's tat-along, but had a false start with round one, because she tried to follow the diagram without also looking at the directions. Round 2 is done and since round 4 is already posted, she has some catching up to do. 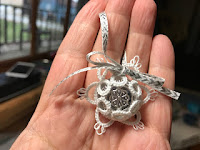 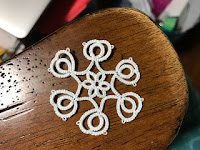 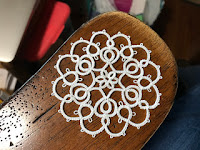 Fox is also tatting the Renulek 2017 pattern, in #20 Lizbeth, with turquoise beads. Those tiny spots of turquoise are almost invisible until you see the close up. It really does add a little pop of colour. 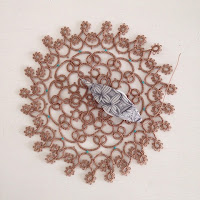 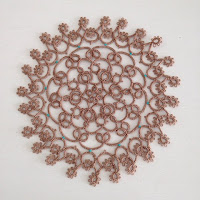 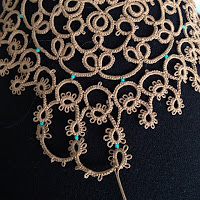 Marie traded some tatting for 12 balls of pearl cotton number size 12. Here are a few crosses she made from it, using a pattern from an old Workbasket magazine.

Muskaan has posted some clearer instructions for tatting Renulek’s Wiosna 2015. She does such a good job of providing clear and concise instructions you need to check her blog for more details or I'll end up just copying her entire post. 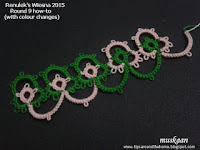 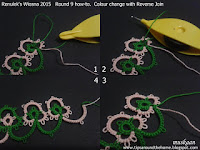