Vera has been working on Renulek's doily and finished the fifth round which now measures 17 cm in size 16 Eldorado thread. Tatting Renulek's doily on the plane was a challenge, but she was able to follow the instructions for the next round and use it to cover an Easter Egg.
(My apologies if I get this incorrect, being linguistically challenged, I have to trust in the Google translation.) 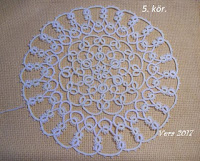 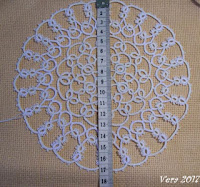 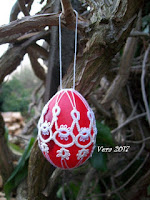 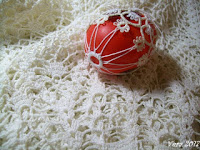 Marthanne has row 5 done on both her doilies. One is being worked in size 40 thread. The other is being tatted in size 20 thread. Here you can see them side by side. Row 6 is done in size 20.

Melanie has been forced to the sidelines after a little mishap, which did give her time to rest, recuperate and tat. 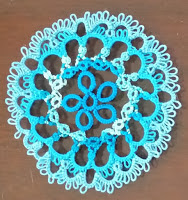 Cindy has been addicted to Diane's Ice Drops ever since she started them and realized how quick and easy they were to make with so many different looks. 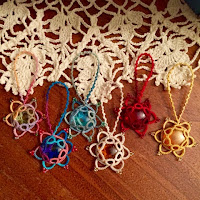 Diane did a little experimenting with size 40 thread and some of the coin beads she purchased which are much thinner than the glass gems she's been using. She got a little further with Renulek's Wiosna 2017. And a little further on her runner. The cold wind blowing was a good excuse to snuggle up under a blanket and tat, which is why round 6 of Renulek's 2017 doily is done. She also played with the stitch count on the thinner coin beads for the Ice Drops. She was in the mood for something a little different and chose her Blue Fudge Ice Drop pattern to work in size 20 Flora #216. The front of the gem has a mirror finish and she really likes the back of it better. Her sister-in-law's runner is growing and it's now 6 1/2" x 10 1/2". She worked on round 7 of Renulek's Wiosna 2017. She decided to finish her day with another Blue Fudge Ice Drop tatted in size 20 Lizbeth #124, Spring Garden. 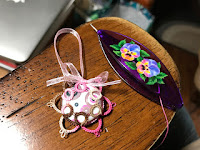 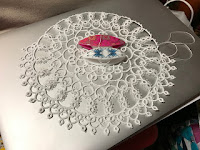 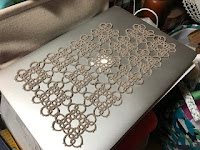 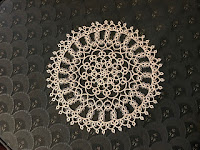 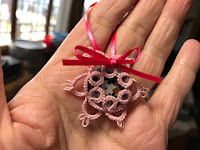 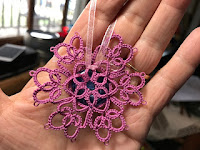 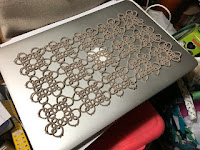 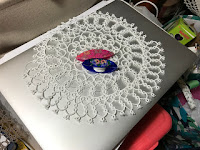 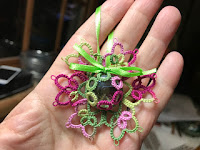 Fox is floundering under the flagellations of the flu and fearing fatal flaws, worked small but fanciful motifs by Corina Meyfeldt as gifts for fellow calligraphers. 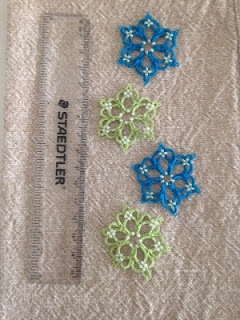 Muskaan tatted several Butterfly Hearts by Irene Woo as a tribute to her. In keeping with the season she chose bright spring colours and worked with 3 strands of embroidery floss. 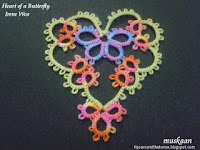 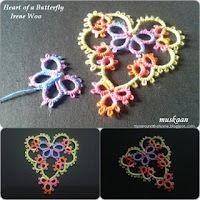 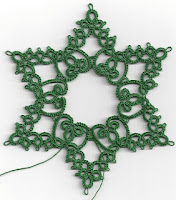 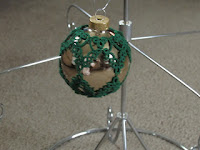 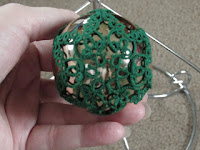 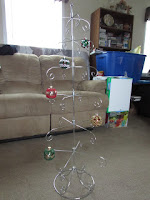