Batty Tatter has created a scenic background for her TIAS sailboat. 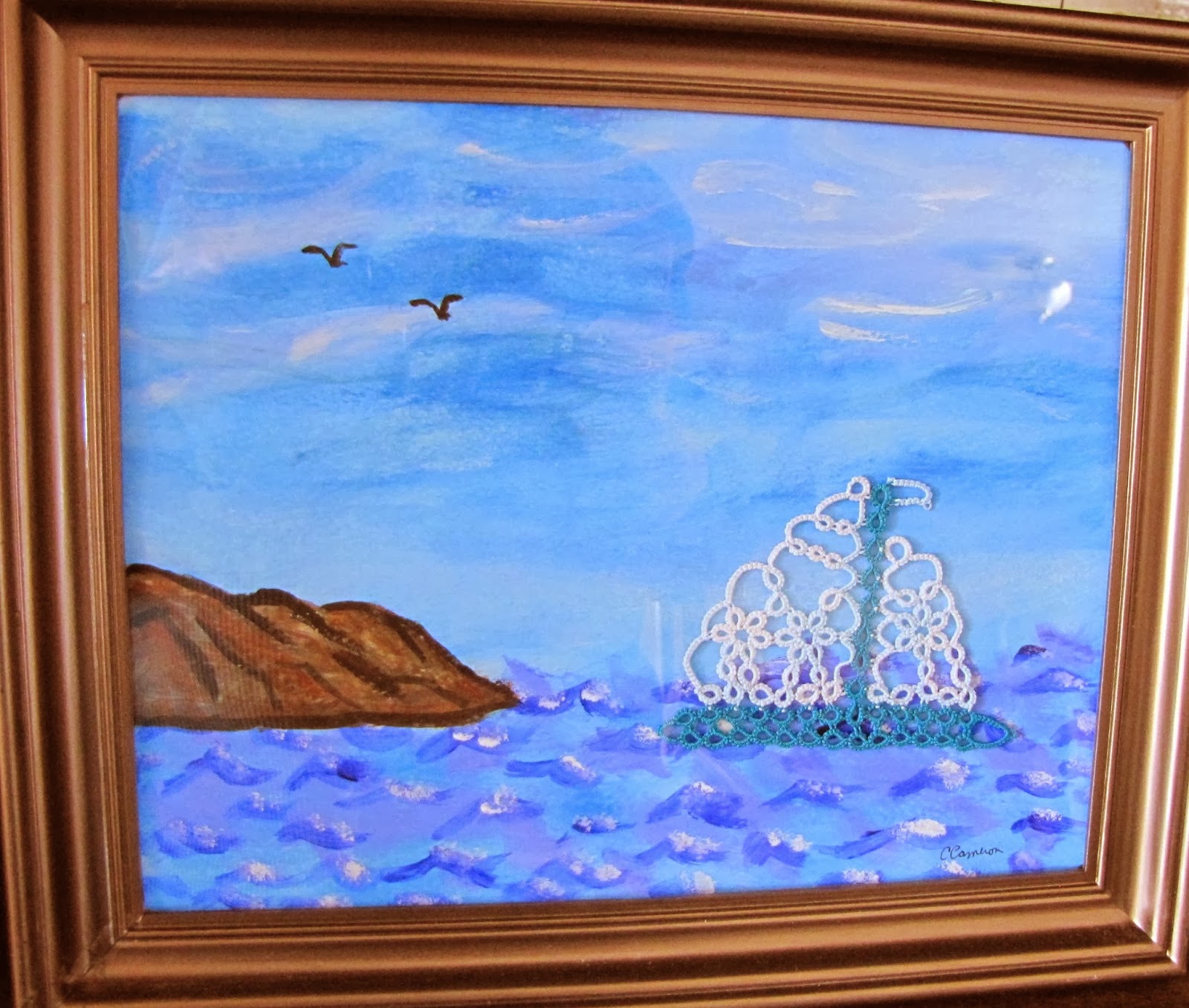 Stephanie has finished the second round of the Luck clover doily from the Blomqvist and Persson book. 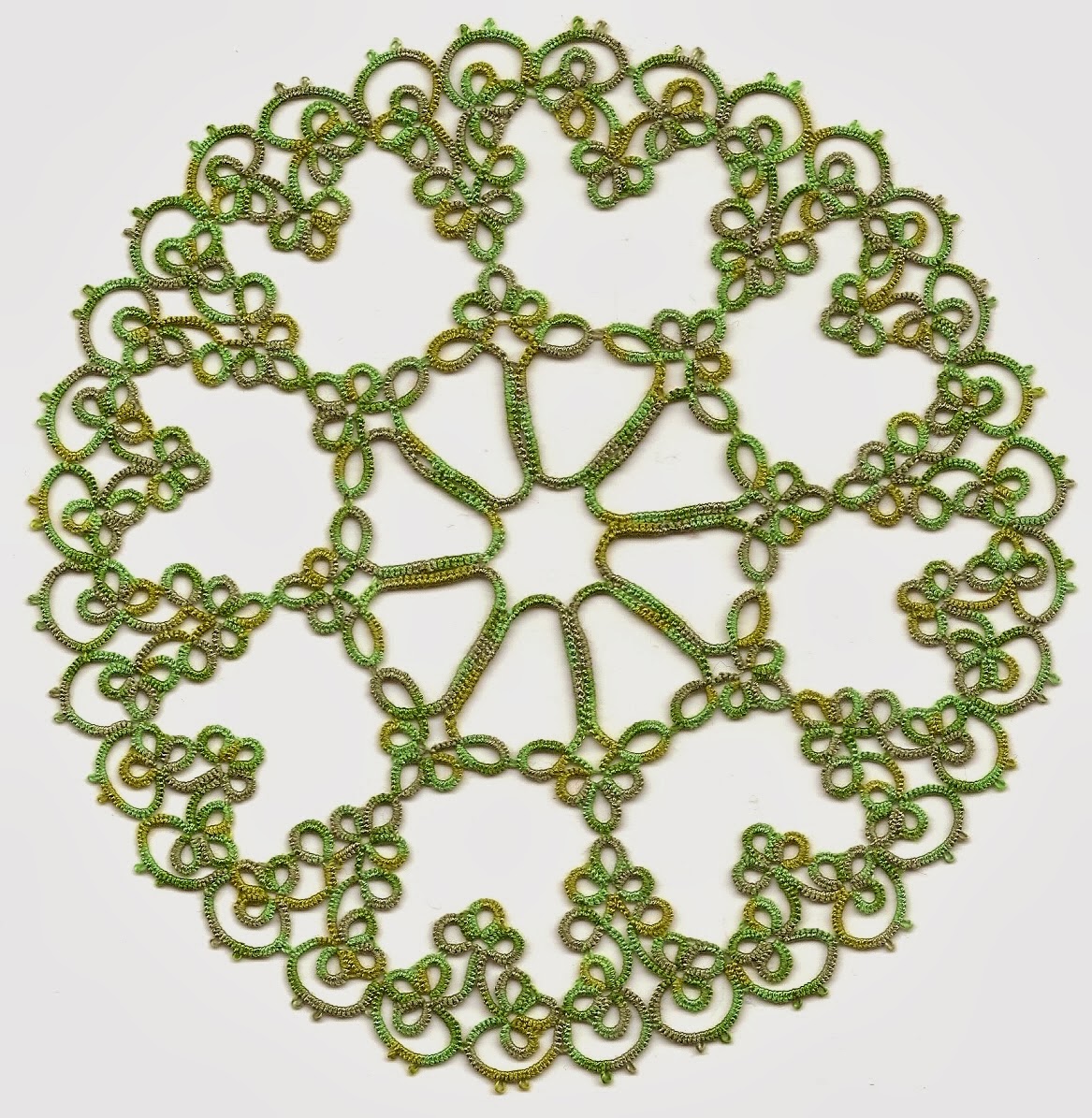 Diane used up the Flora thread on her shuttles tatting small motifs from Patti Duff's Minitats. She usually prefers to work with 2 shuttles, but using only one gave her practice using SLT. Stephanie sent her an envelope of motifs to share with her students, but she forgot to take a collective picture. Alicia earned a Stumpy bookmark. Shelby was the first to choose from the new pieces from Stephanie, she fell in love with this giraffe. 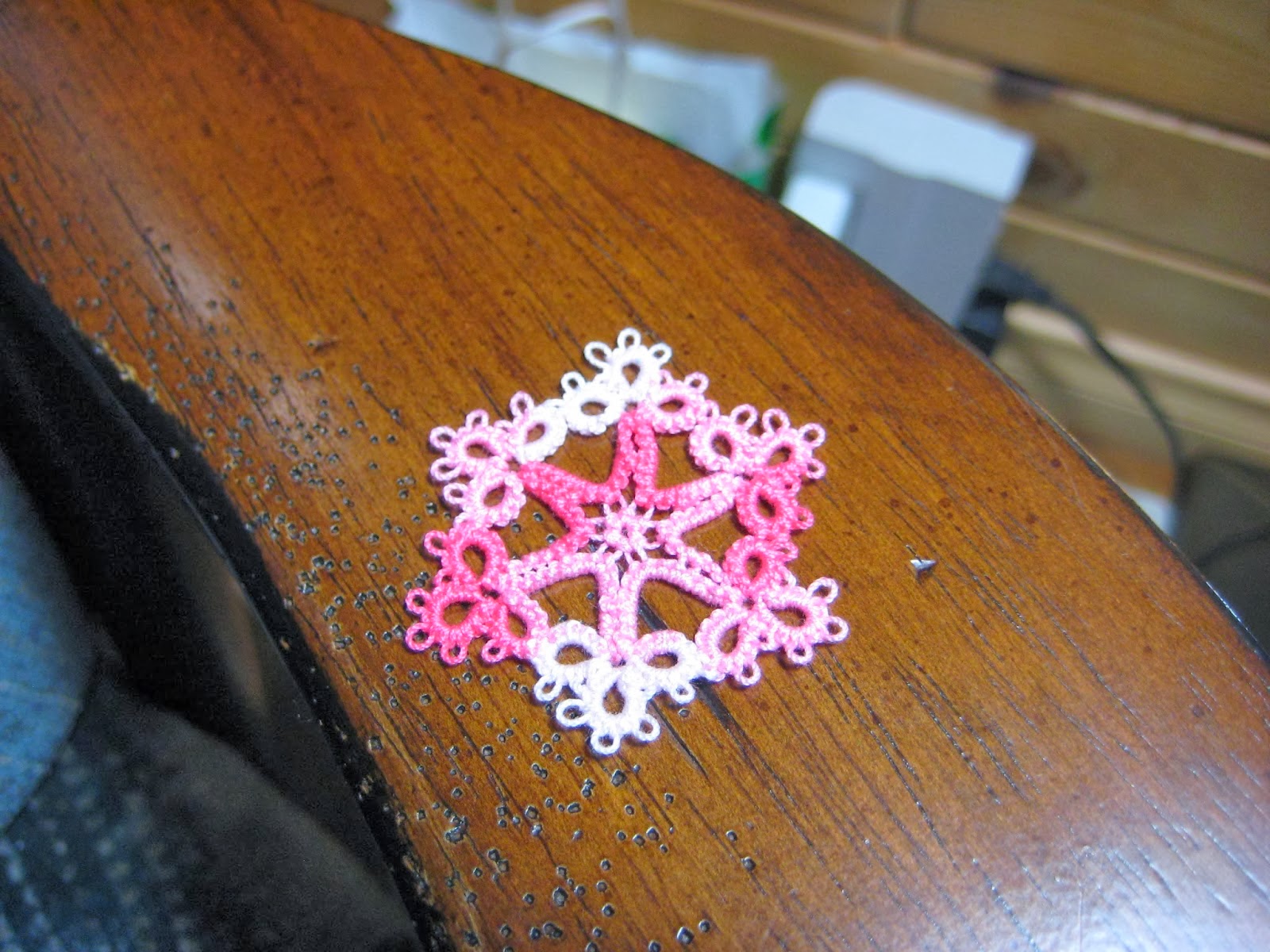 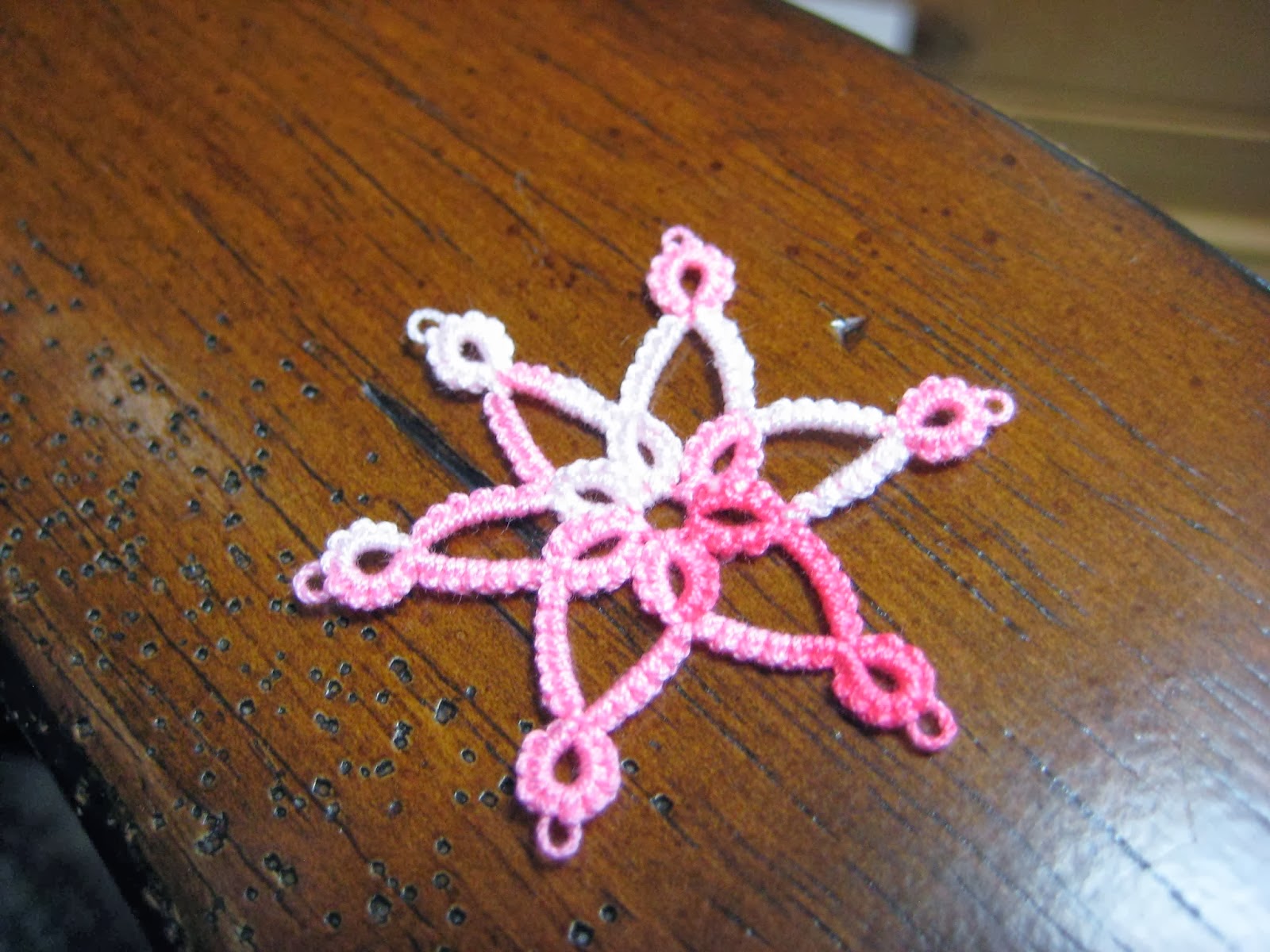 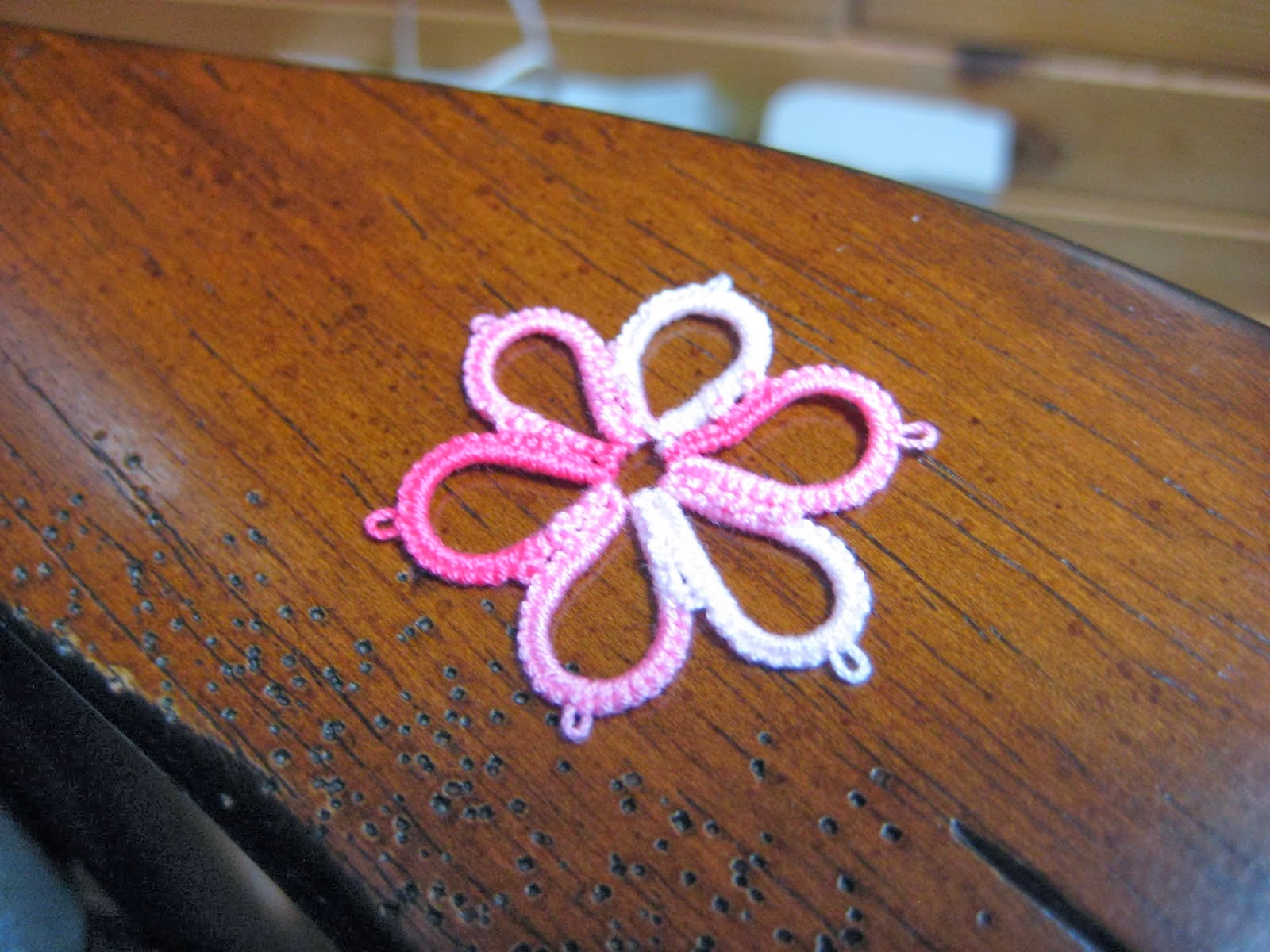 Fox is up to the end of the 7th row on Renulek's Spring doily. 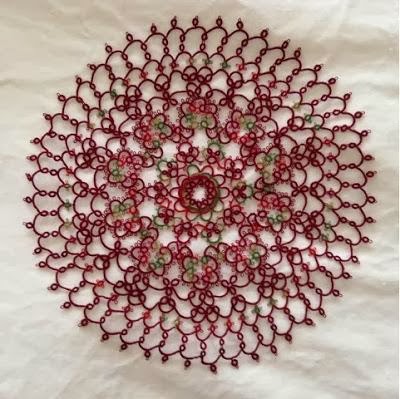 Marie tatted this brown cross from Lene Bjorn's, Tatted Bookmarks: Crosses, with size 80 tatting thread. Another cross from the same book, in peach, was tatted with size 80 crochet thread and a strand of copper sewing thread. 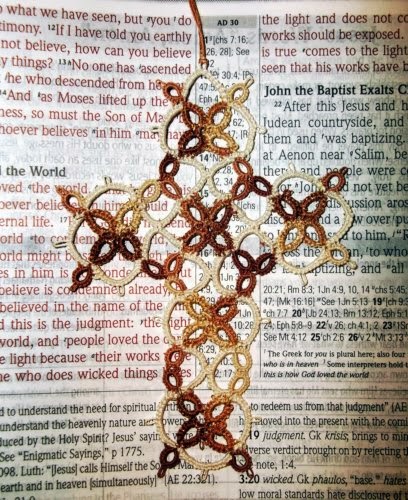