Batty Tatter is ready for spring and shows us some of the hats she has done. 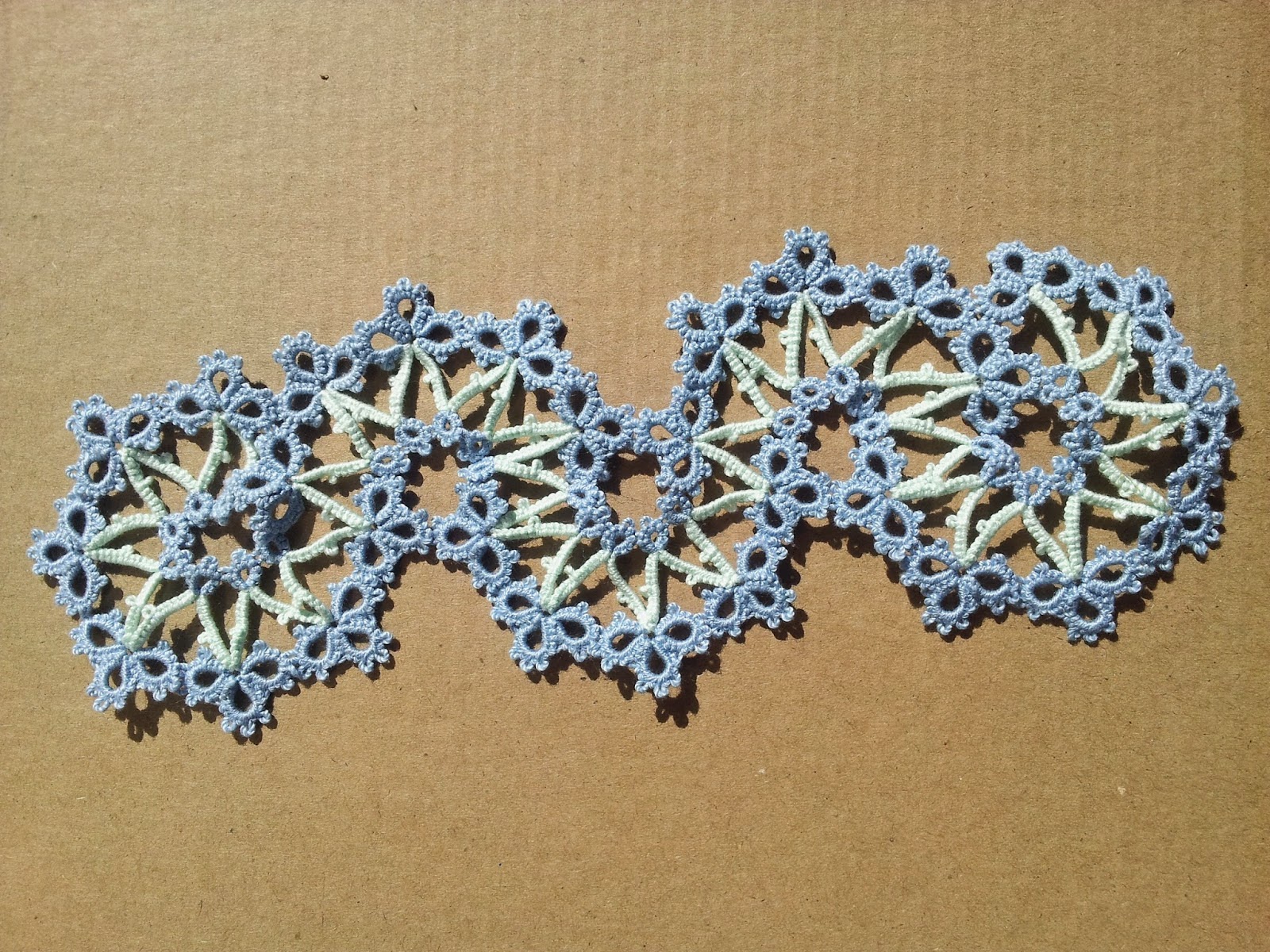 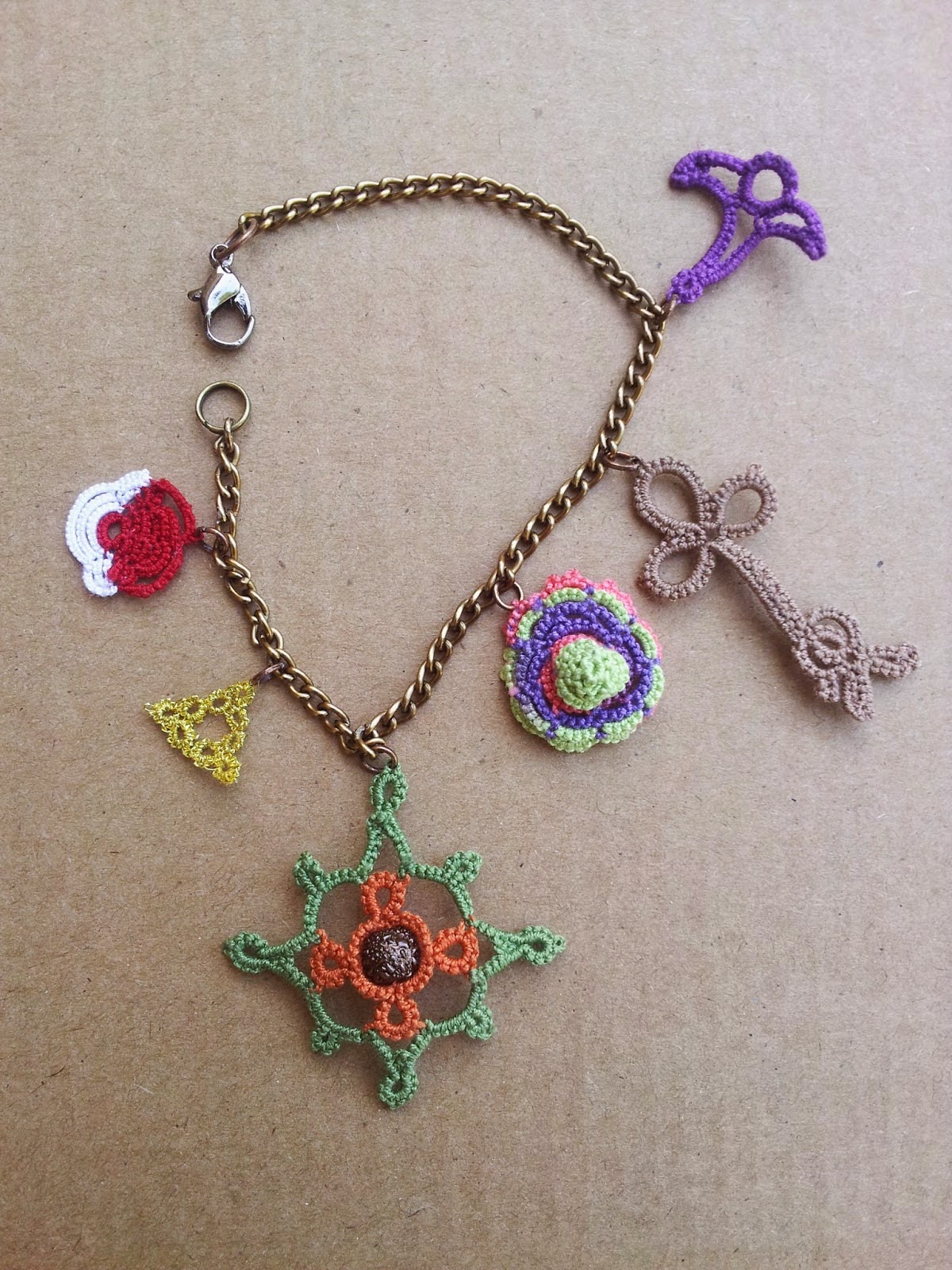 Lilas really wanted a black bracelet with these silvery beads, so she made one with Cébélia size 30. 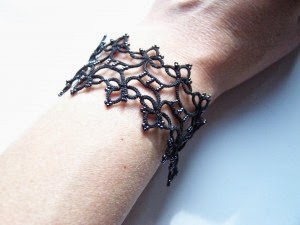 Sue took up the challenge to tat the bridge set out of Norma Benporath's The Home Beautiful Tatting Book, but the diamond is done in 2 rows meaning more ends to hide. She re-worked it to be done in one pass and will provide the pattern when she gets around to it. 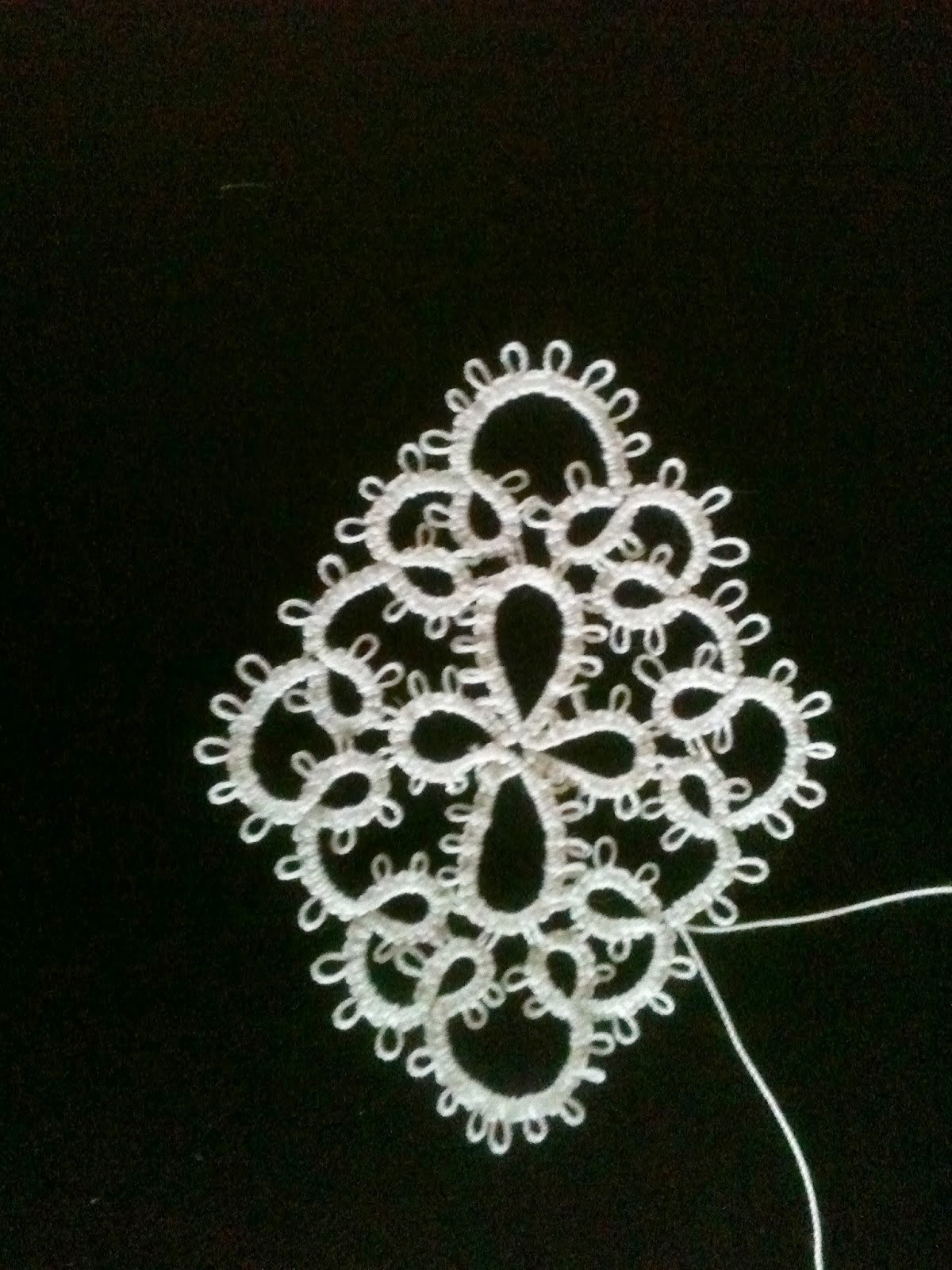 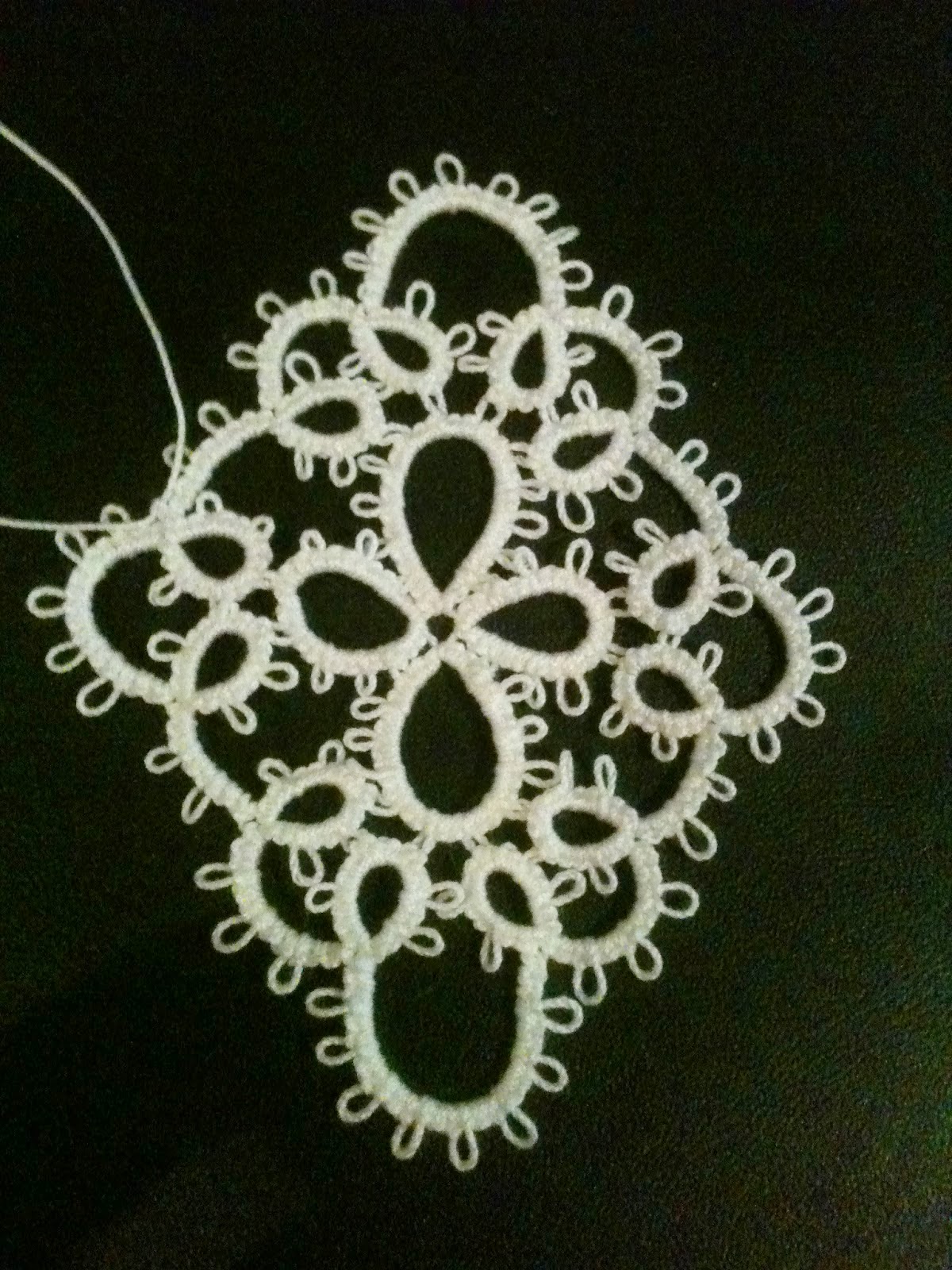 Phyllis is up to Row 8 of Renulek's 2014 Spring Doily and it's measuring 15 inches across, which makes it the biggest piece she has ever tatted. 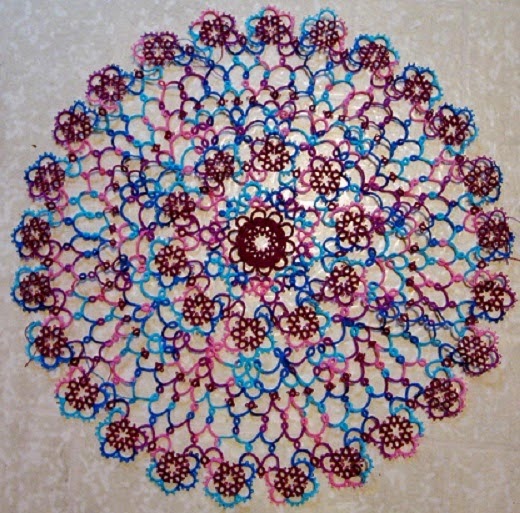 Lelia's girlfriend had some left over Delica beads that went well with some tatted doodles. On the left, a butterfly pattern based on one found in Complete Book of Tatting by Rebecca Jones and on the right Jon Yusoff's dragonfly pattern where she used the beads on the core thread. Here are some more butterflies where she used the beads in unfamiliar places. She used size 20, Lizbeth Color 138, for these motifs that feature cloverleaves and one final doodle to empty a shuttle. 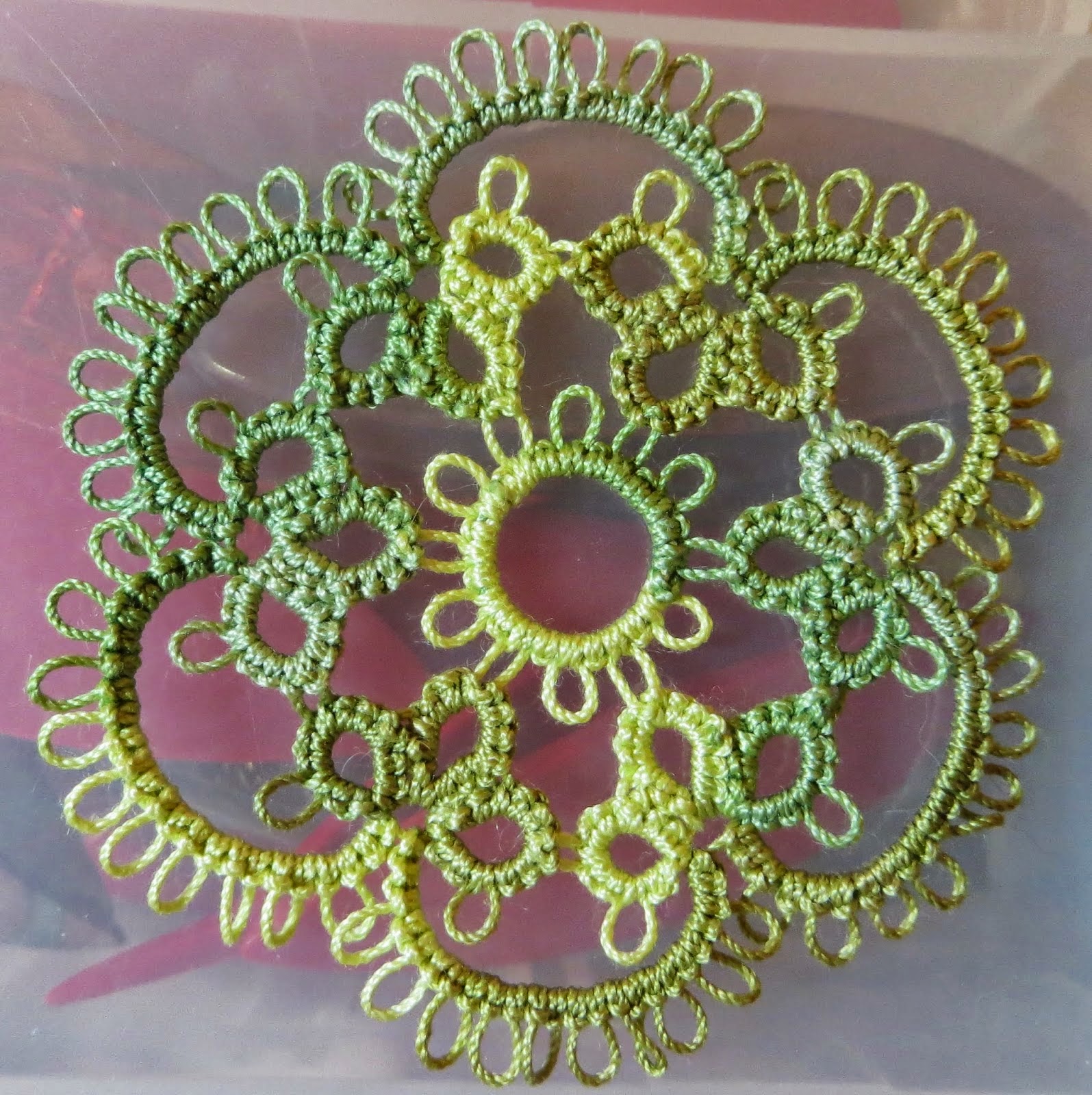 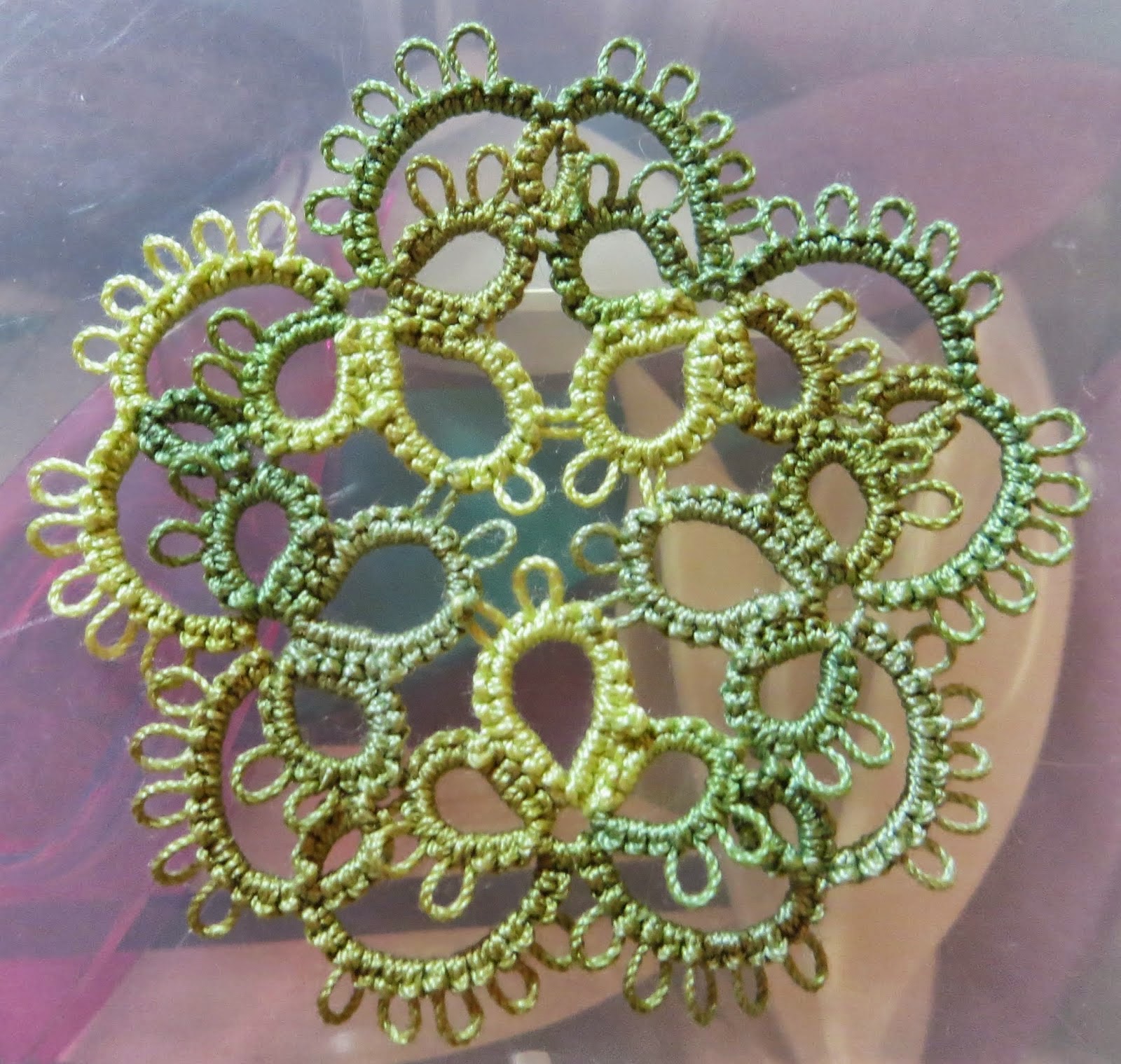 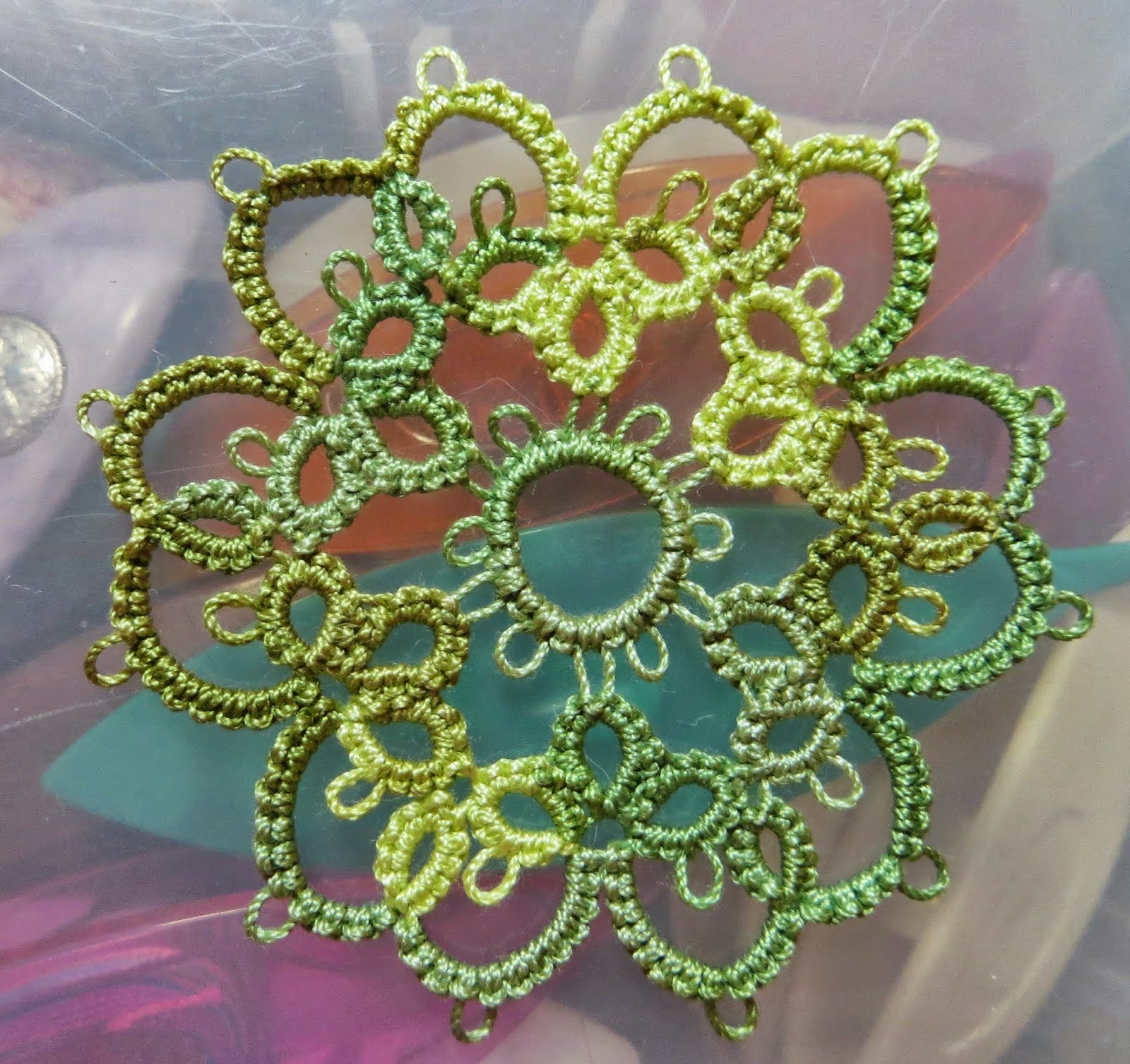 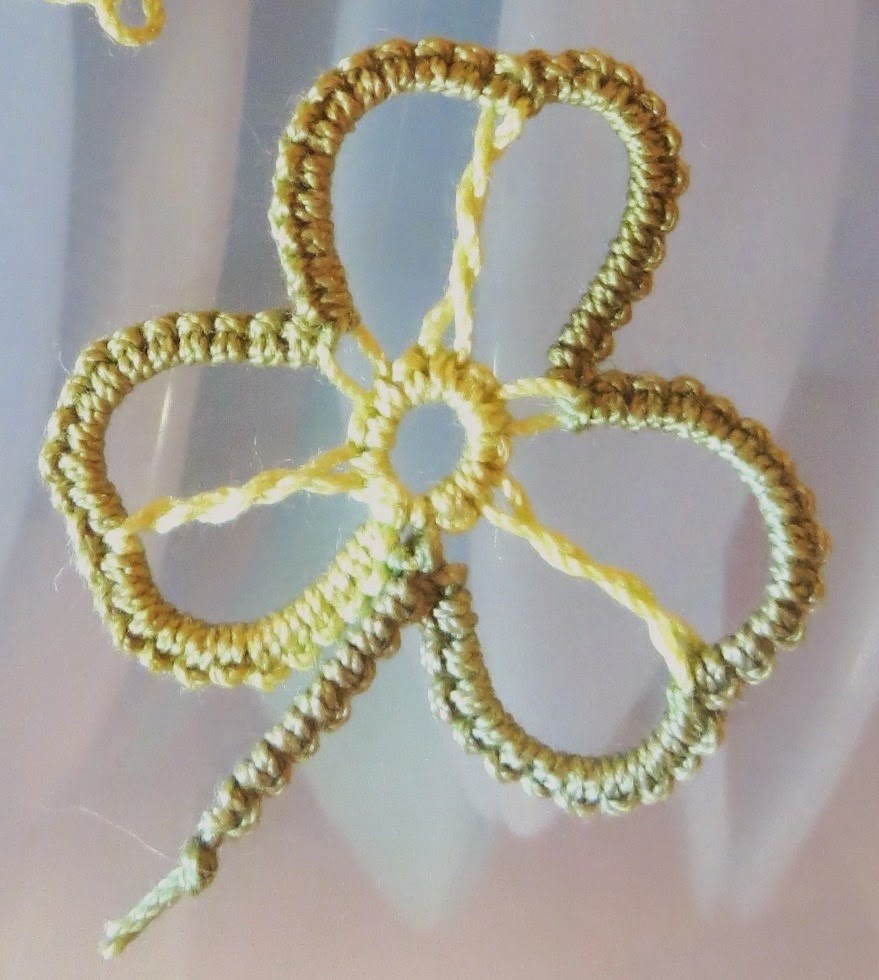 Jessica has the first few rounds of a new doily from Priscilla Tatting Book done. There are more rows, but this was all she could do with the mini skein of her Wisteria HDT she had for testing. 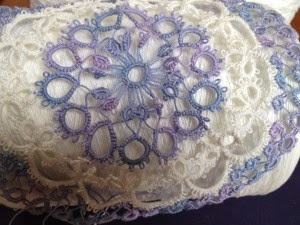 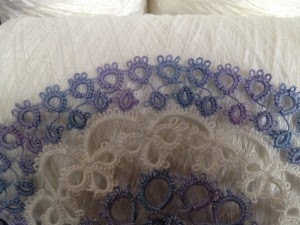 Diane's third graders are still working on their lace. Diane finished round 3 of Labor no. 10 while travelling. Marty sent her lots of little heart motifs to share with her students. The next round on her doily is simple, but she made a mistake after the first repeat and had to cut off and start again. Here is round 4 completed. 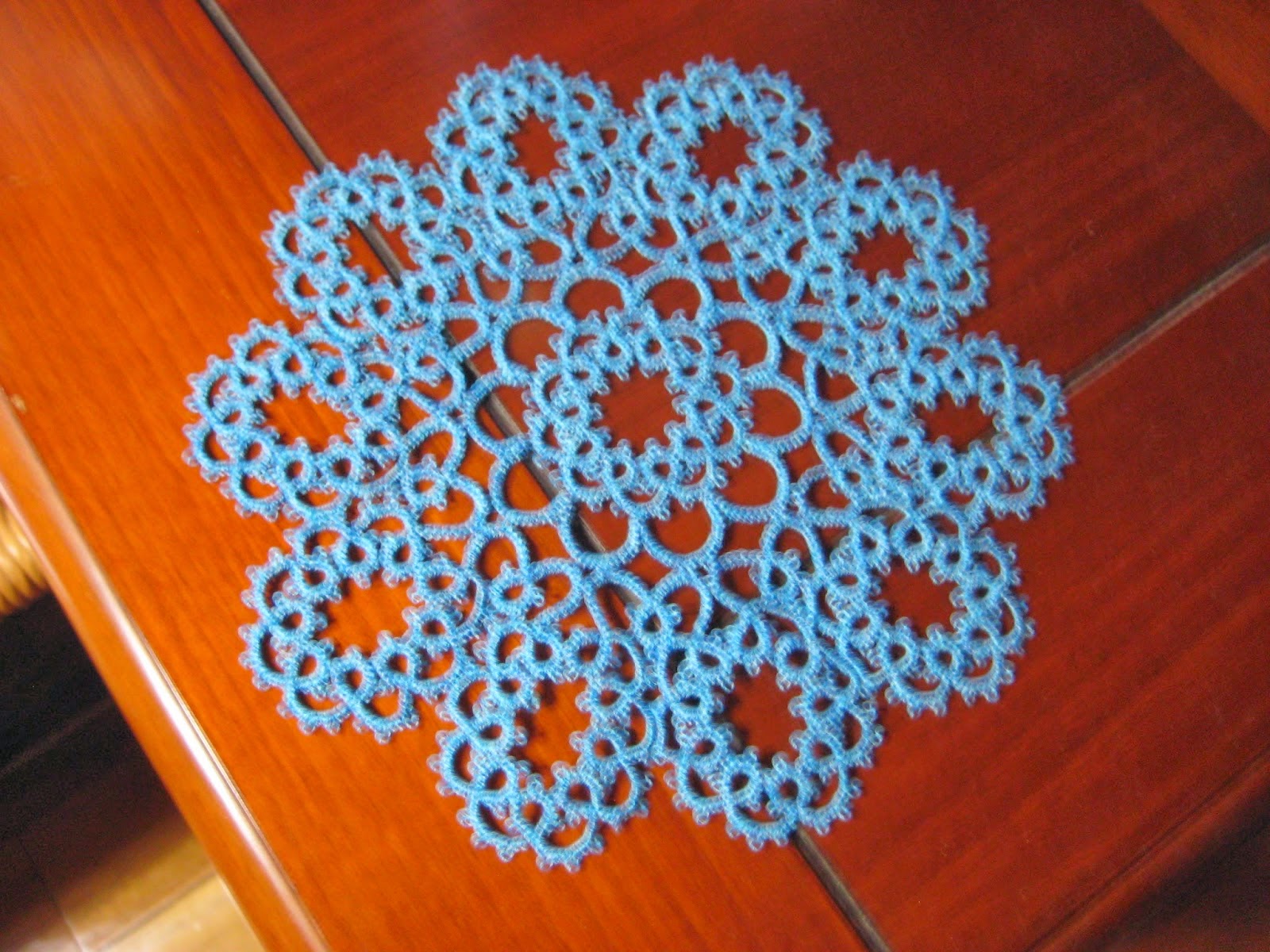 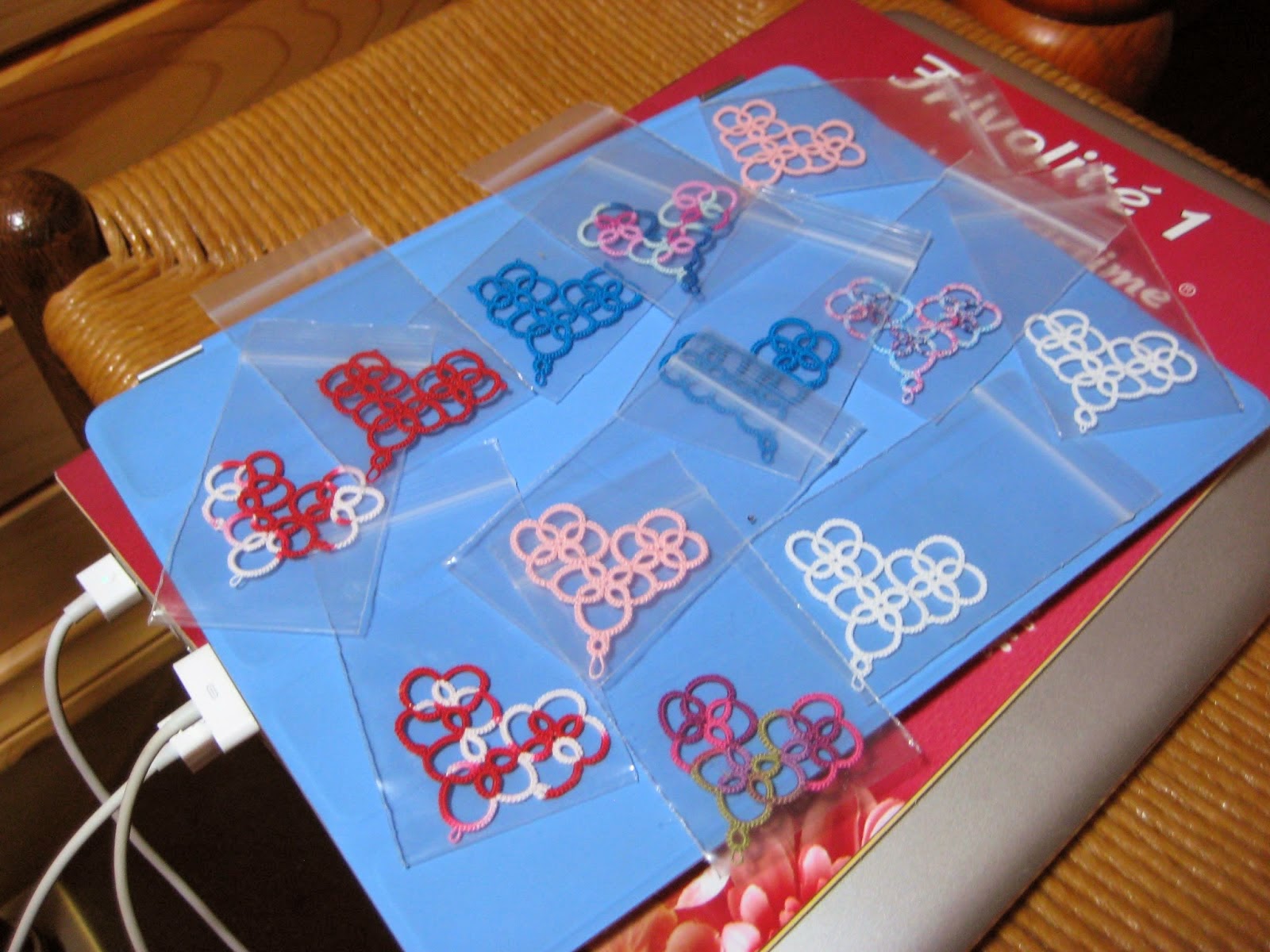 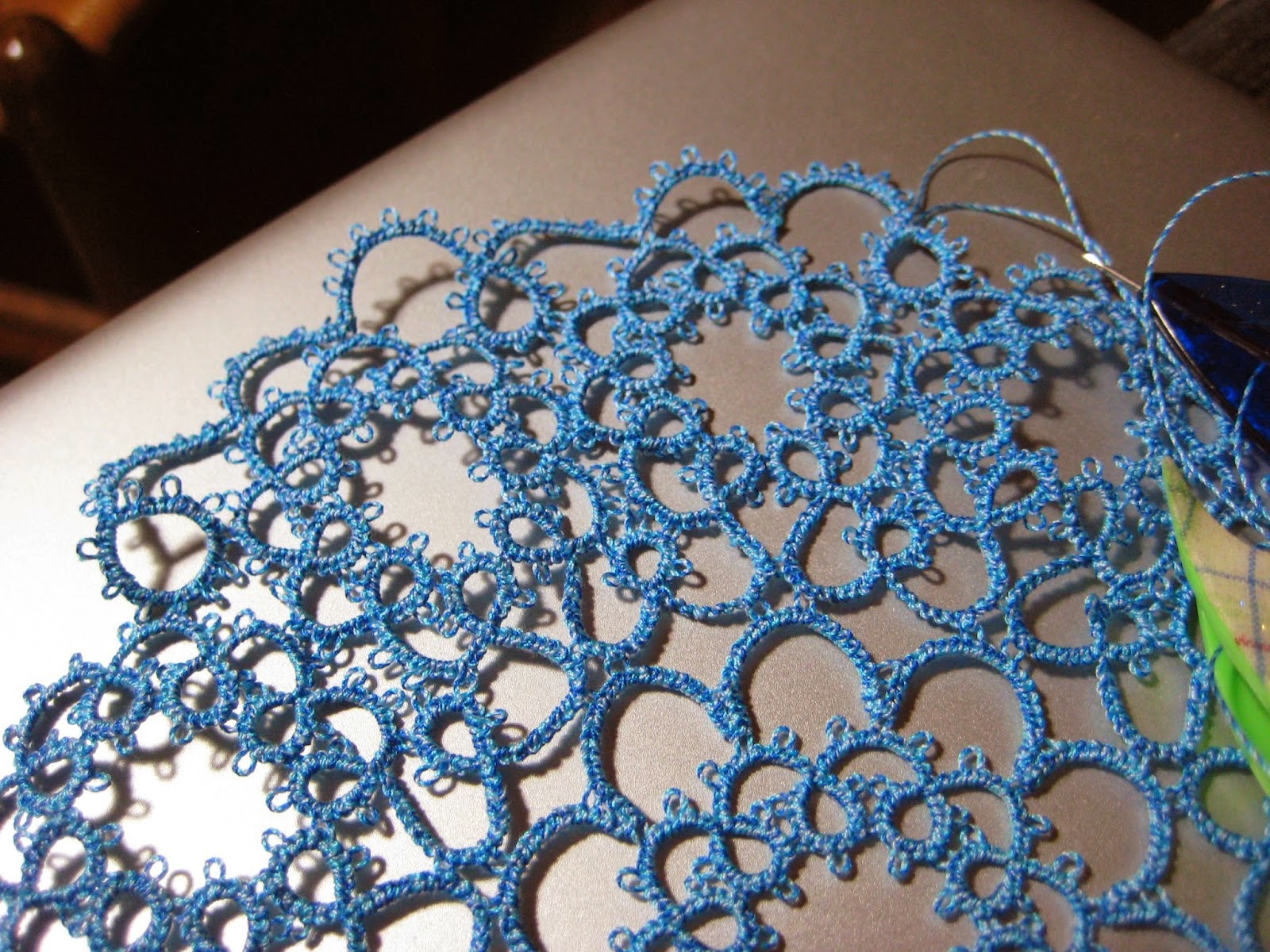 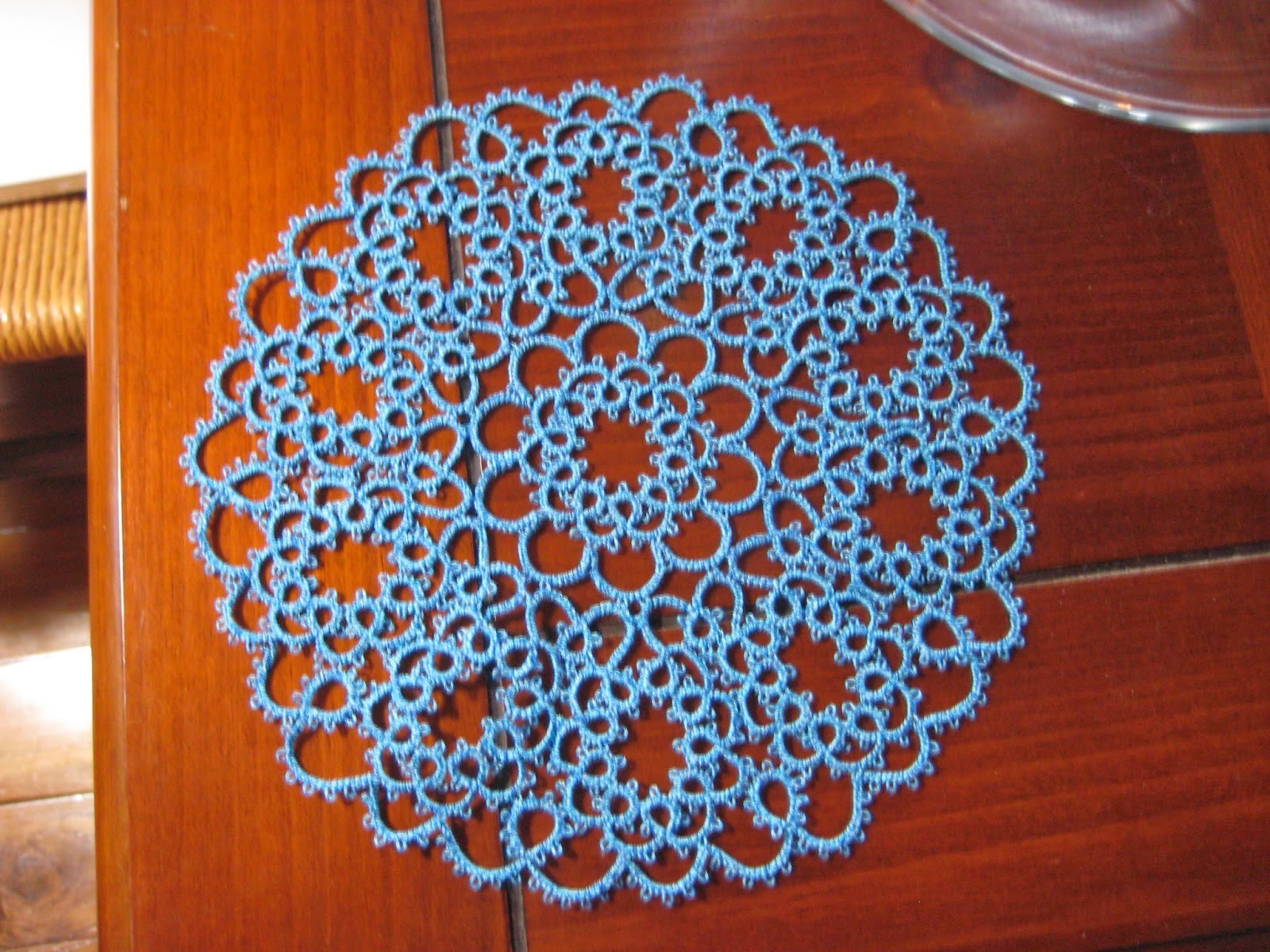 Kathy tatted Sharren's famous SCMR Shamrock, which is a nice size for this fridge magnet. The Celtic pendant is several years old now, and, of course, was designed by Rosemarie Peel. 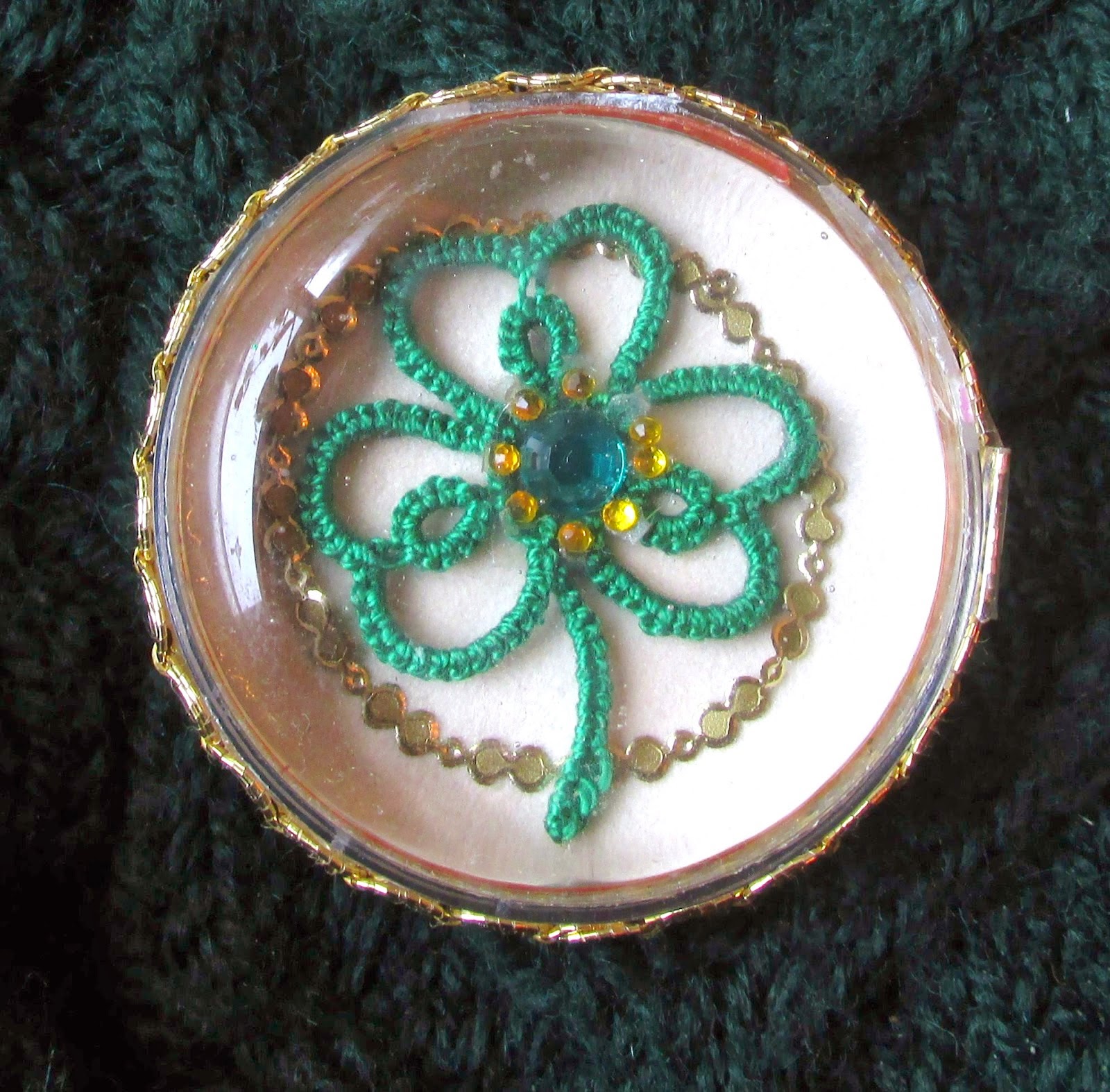 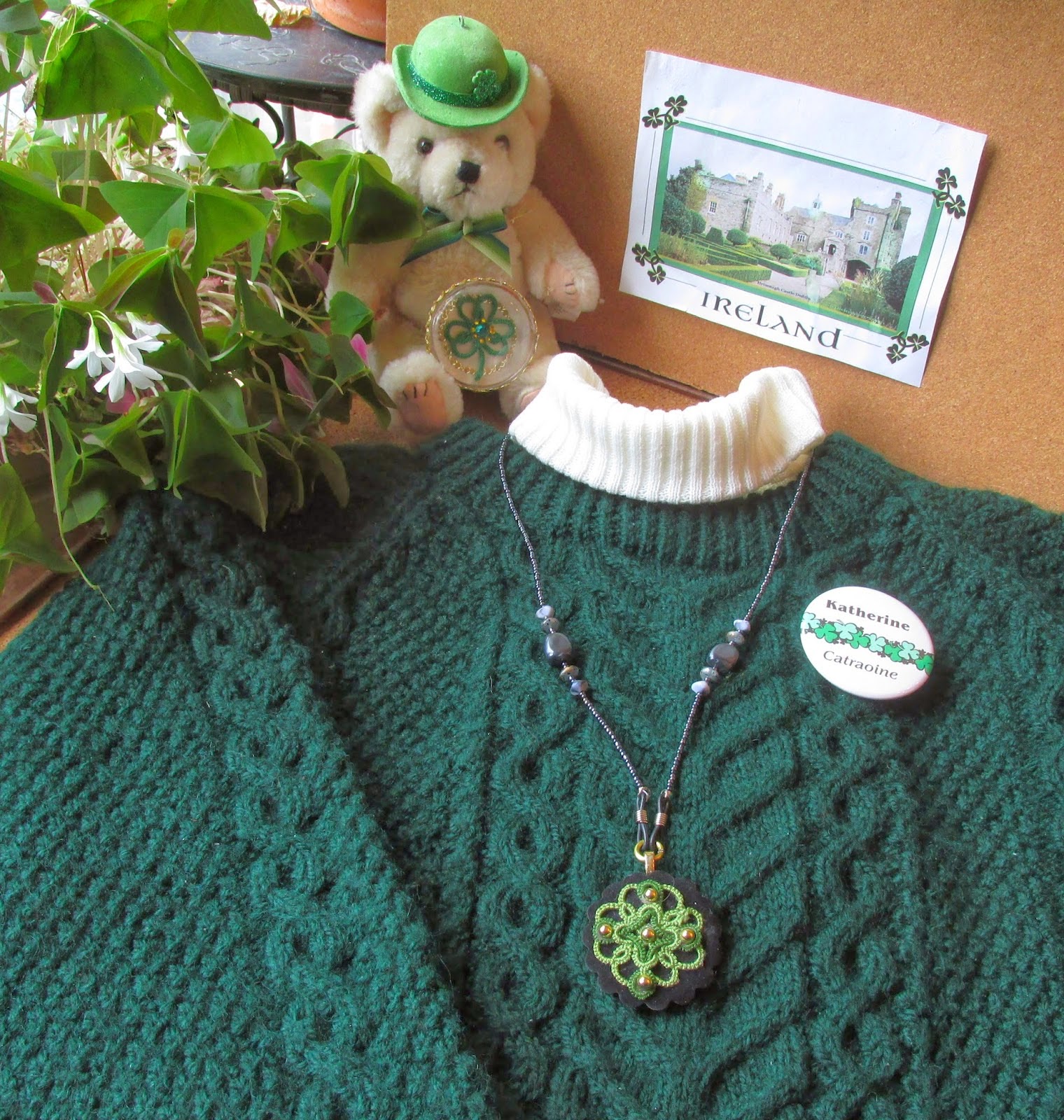 Marie tatted this necklace of fire opals using 2 strands of copper sewing thread. The pendant is an untreated fire opal that she tatted around. 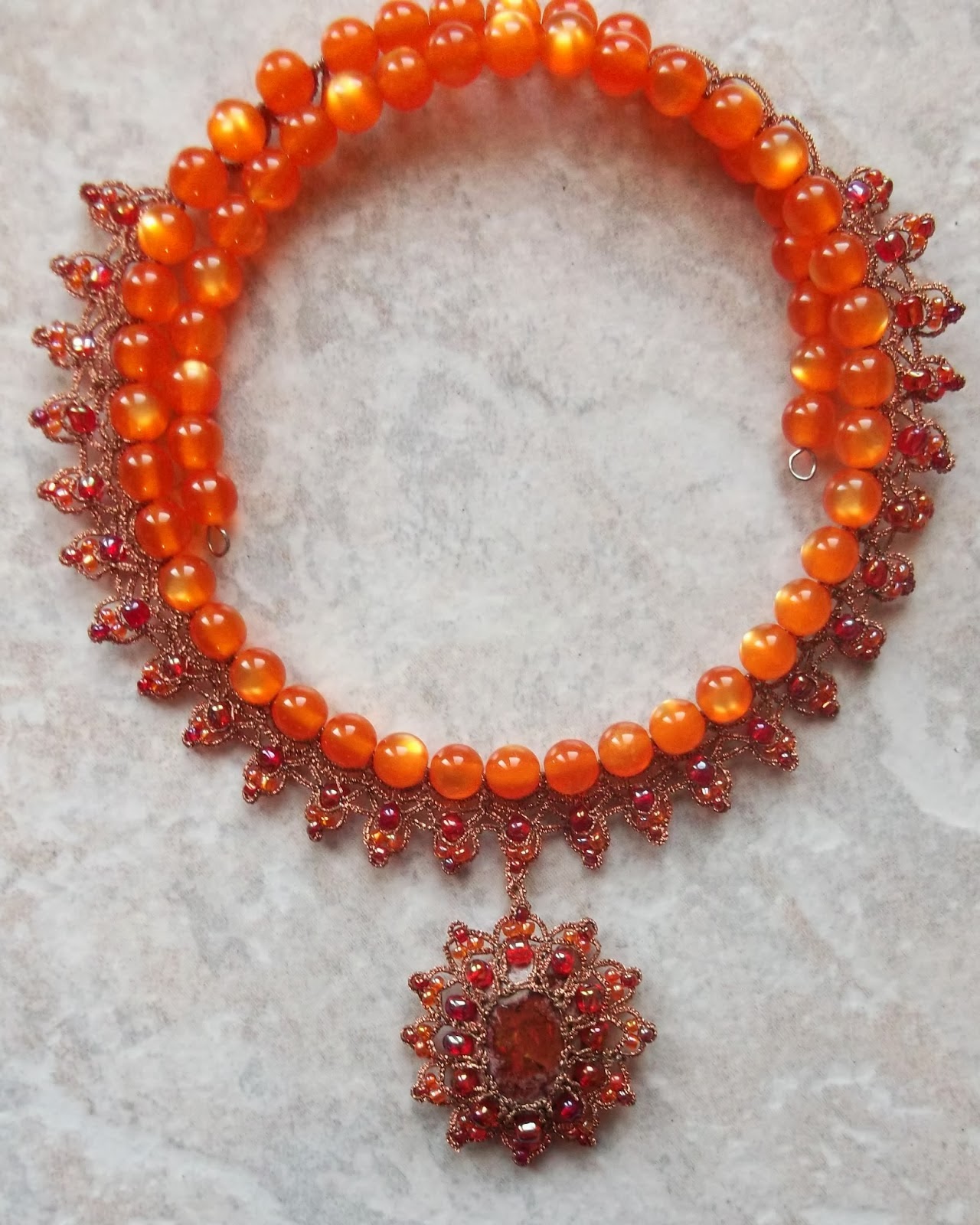 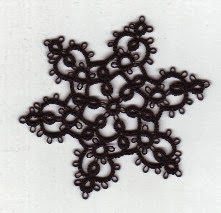 Wanda's niece is expecting and the baby's room has been done in a Lion King theme, so this tatted lion made from Jennifer Williams' pattern was a perfect choice. After mounting it, Wanda decided another strand of mane would make it even better. It does.