Lilas modified her previous Valentine’s necklace to have 2 overlapping colours and double picots at the top. She used  DMC Cébélia size 30 and rocaille beads. 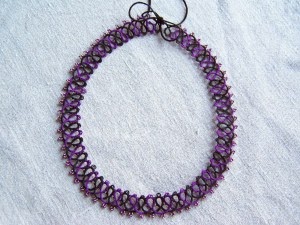 Sue used some DMC 25 coton a broder and Jane's pattern to tat an elephant for the front of a shopping bag for a lace friend's birthday. The hanky was started last year and finished after Christmas using what she thinks is one of Jennifer Williams patterns from the Ring of Tatters worked in Lizbeth's Pink Cocoa. Another of Jane's patterns is the Fandango Edging done in Valdani equivalent to size 80. 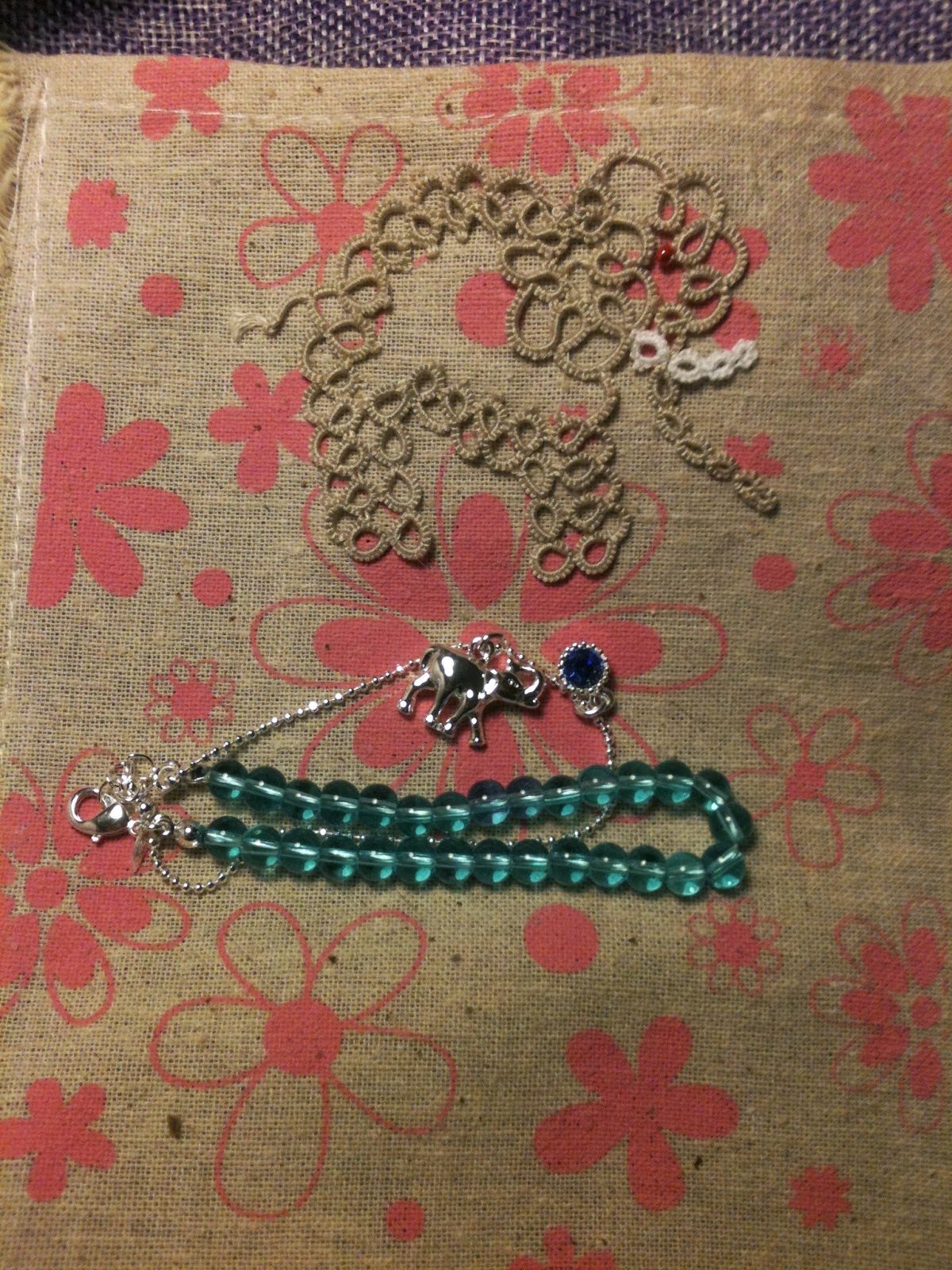 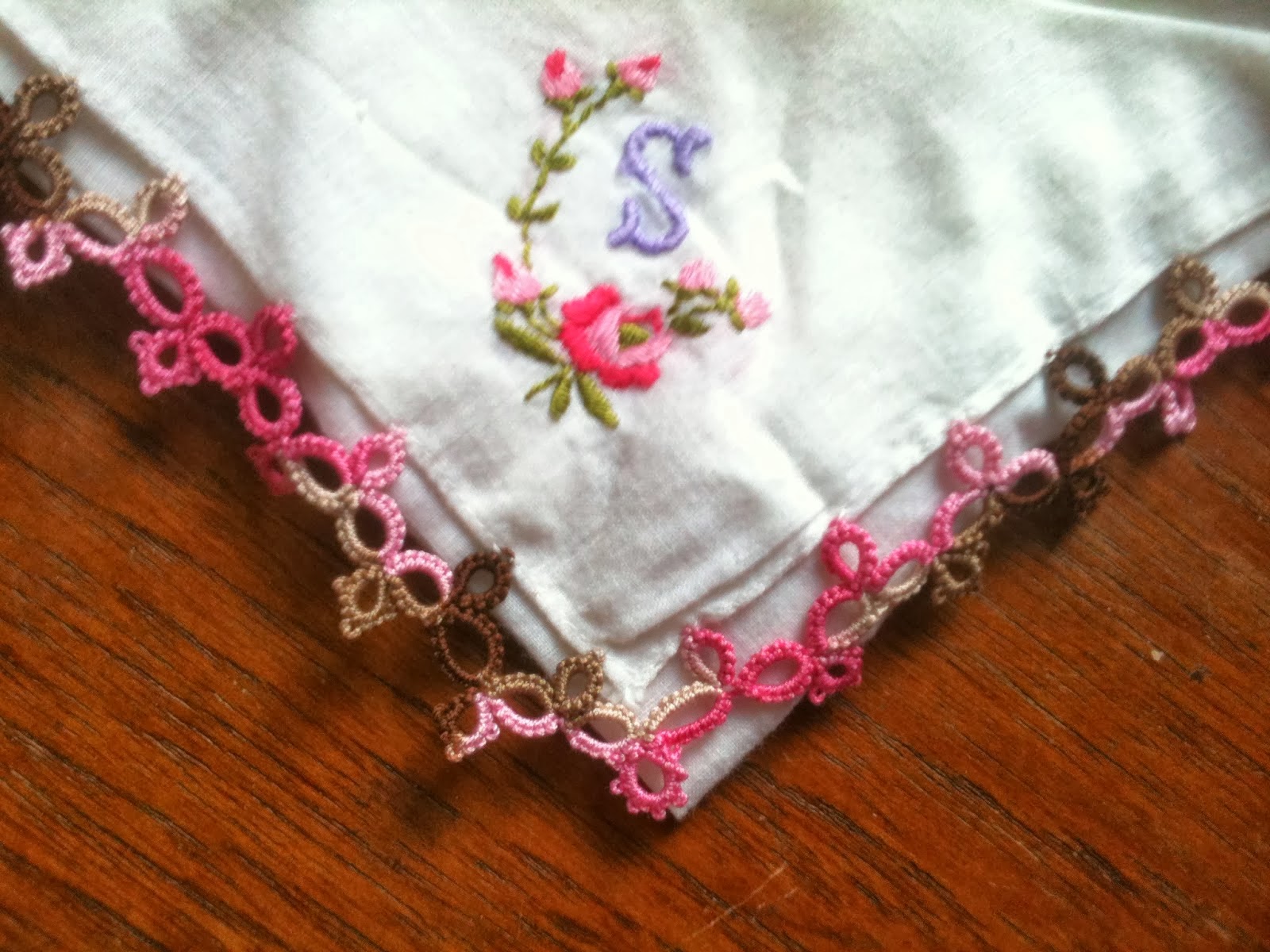 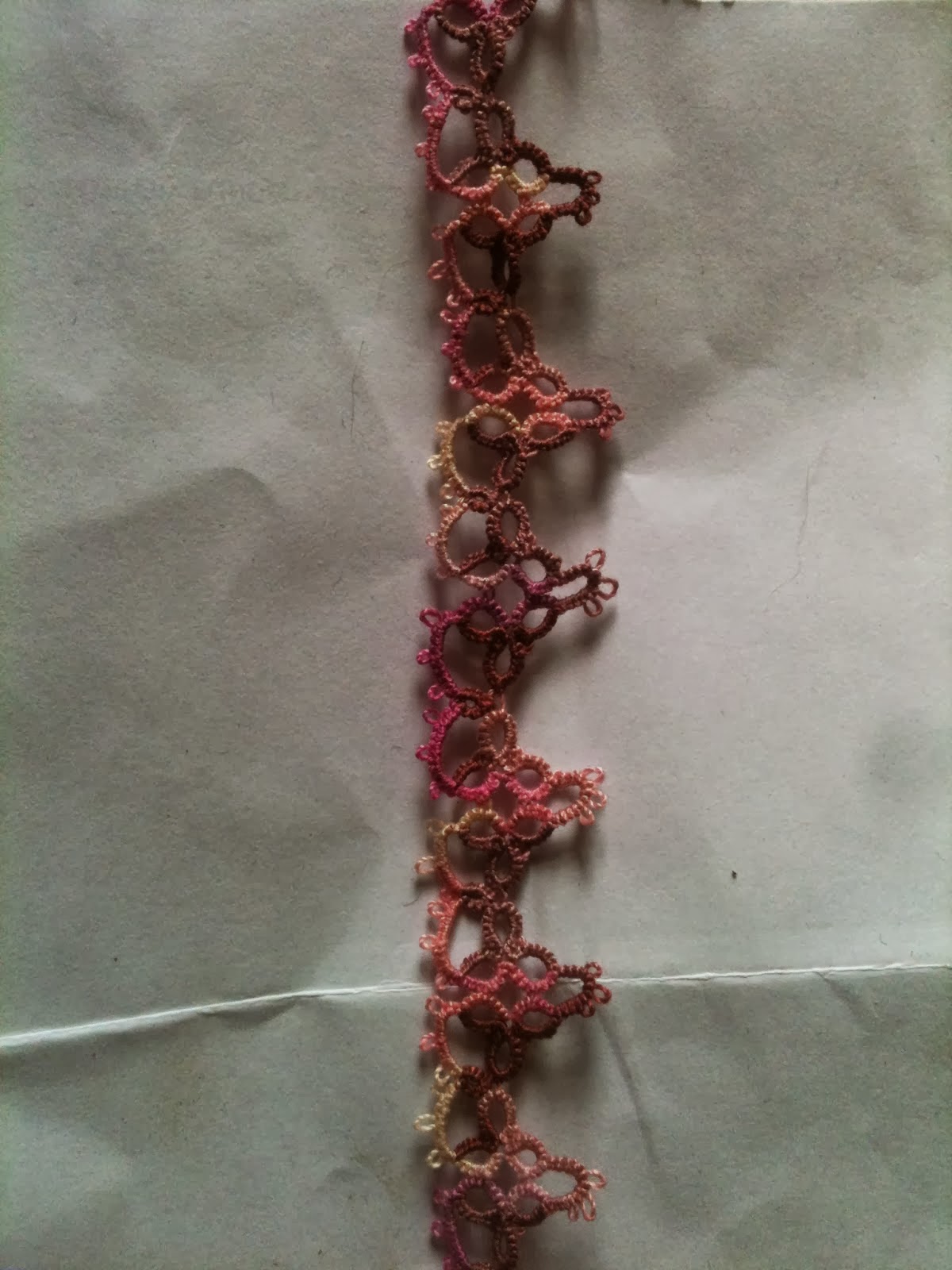 Lelia thinks the picots on this motif from Motifs for Marie by Kaye B. Judt tatted with Lizbeth #622, size 20 and Lizbeth #621, size 20, look like ruffles. Motif 5 from the book are done in  Lizbeth 632 and Lizbeth 663. Motif #6 in Lizbeth 615 and Lizbeth 632 Then there are some doodles, just made for emptying shuttles. 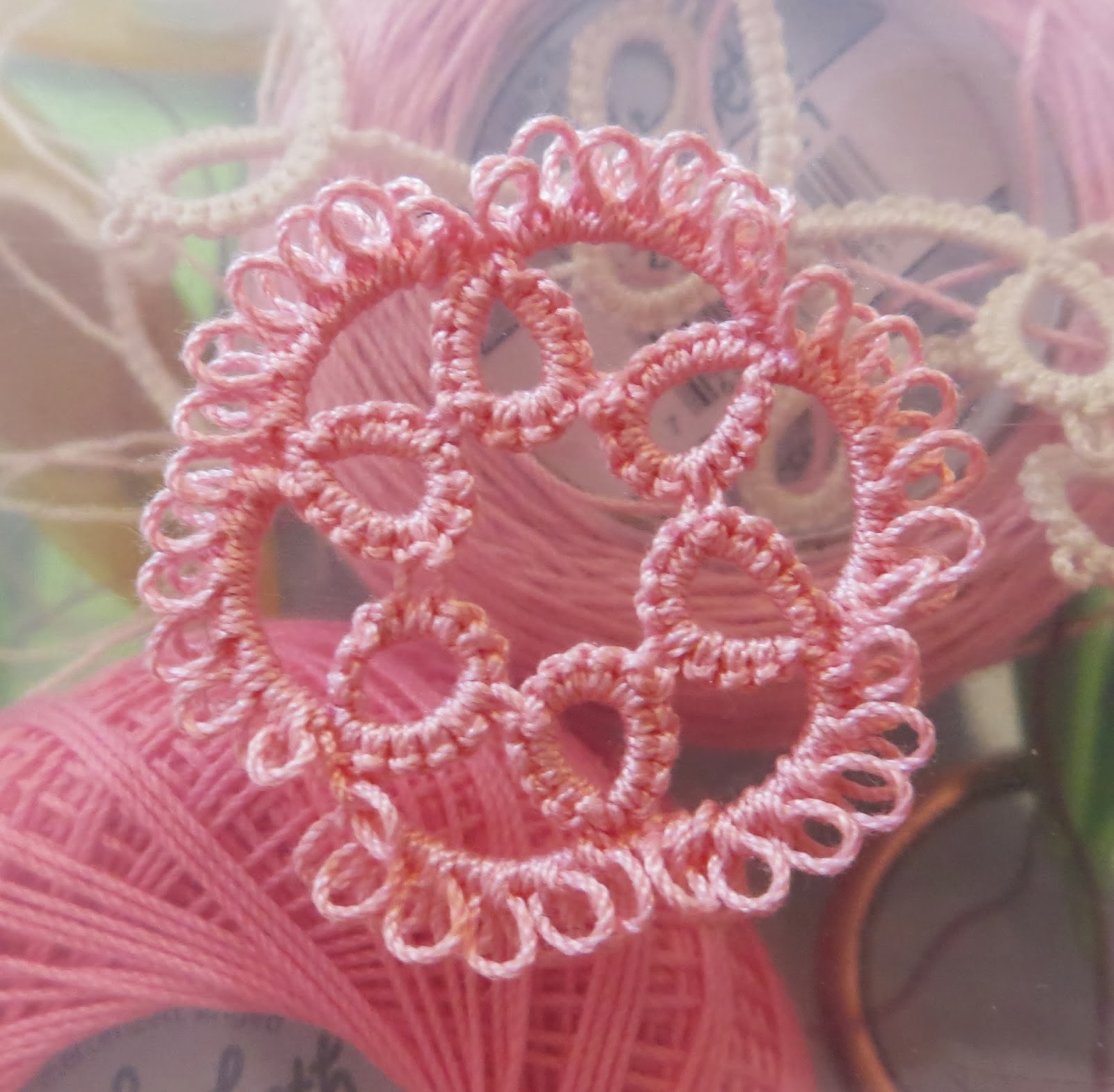 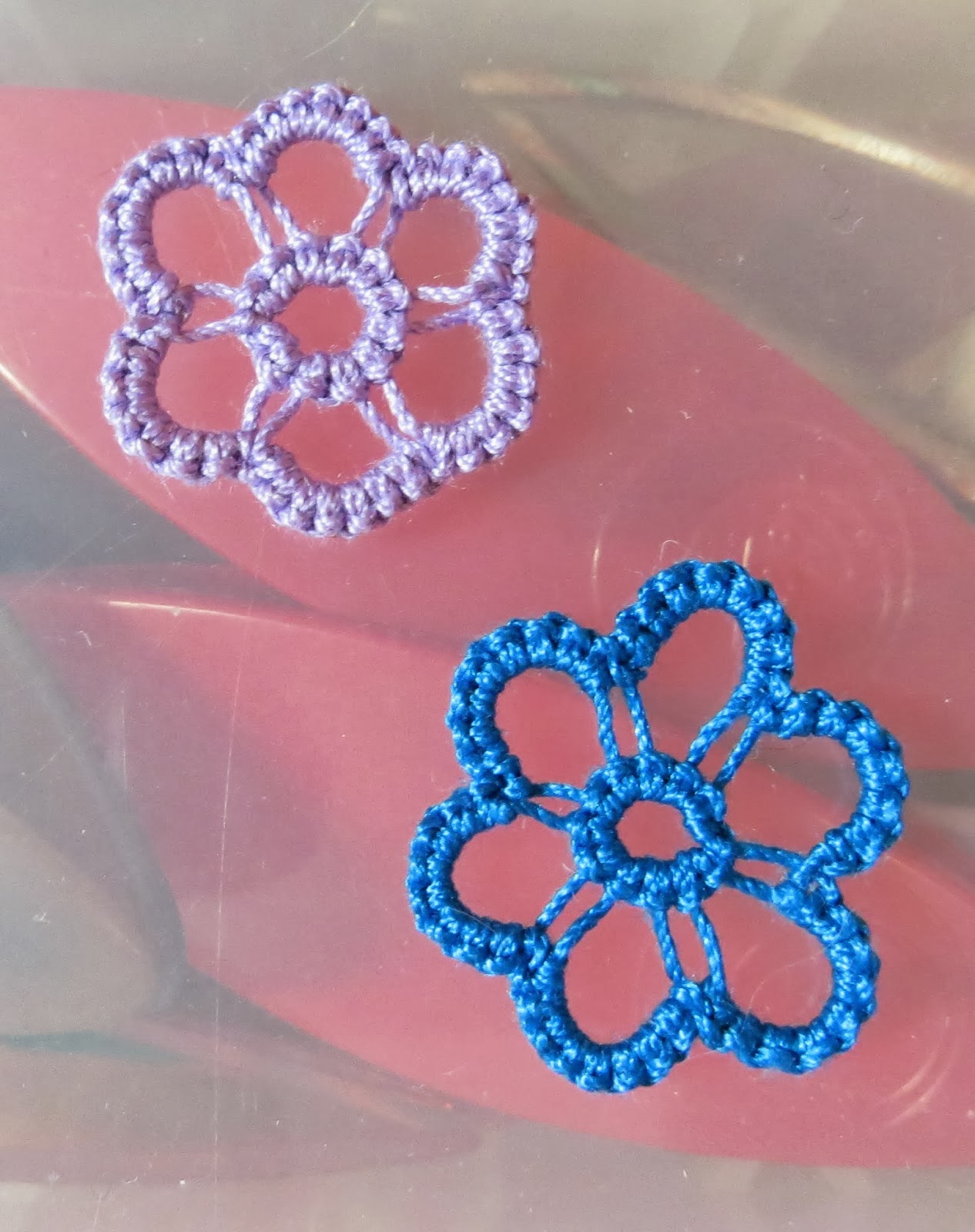 Nancy's newest project is being tatting in Lizbeth size 20 thread in Scottish Thistle.

Linda's first TIAS ship is tatted in size 20 colour 664 Ocean Teal Med looked all right until she realized the last 2 rows are the hull of the ship, so she cut it back, but not far enough. The second ship is done in size 20 colour 153 Rainbow Taffy and 180 Honey Drizzle followed the pattern and she added a bead at the top.

Diane received books and threads and new Moonlit shuttles and had to try them out. Her third graders are progressing nicely and enjoying selecting a motif from her tin of goodies as their reward.

Fox liked Stephanie's idea of using a dds instead of a regular ds for the long chains of the Lucky Clover doily worked here in vintage DMC #80. She tried the dds method with the Lizbeth, but decided the chains looked choppy with the variegated thread. Here's how the first round looked with the wrong stitch count. 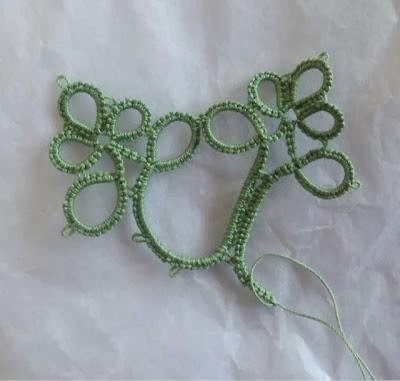 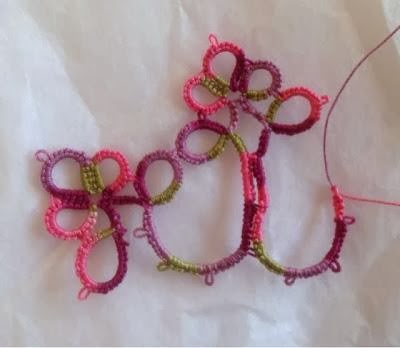 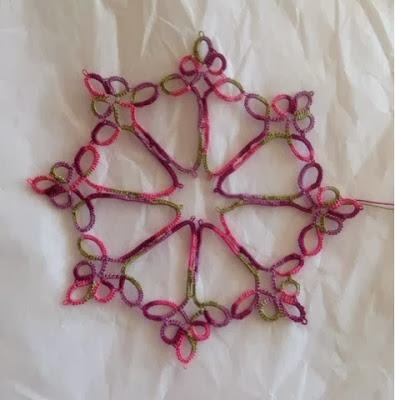 Marie has finished the last round of her doily, so it's all done except for the blocking. 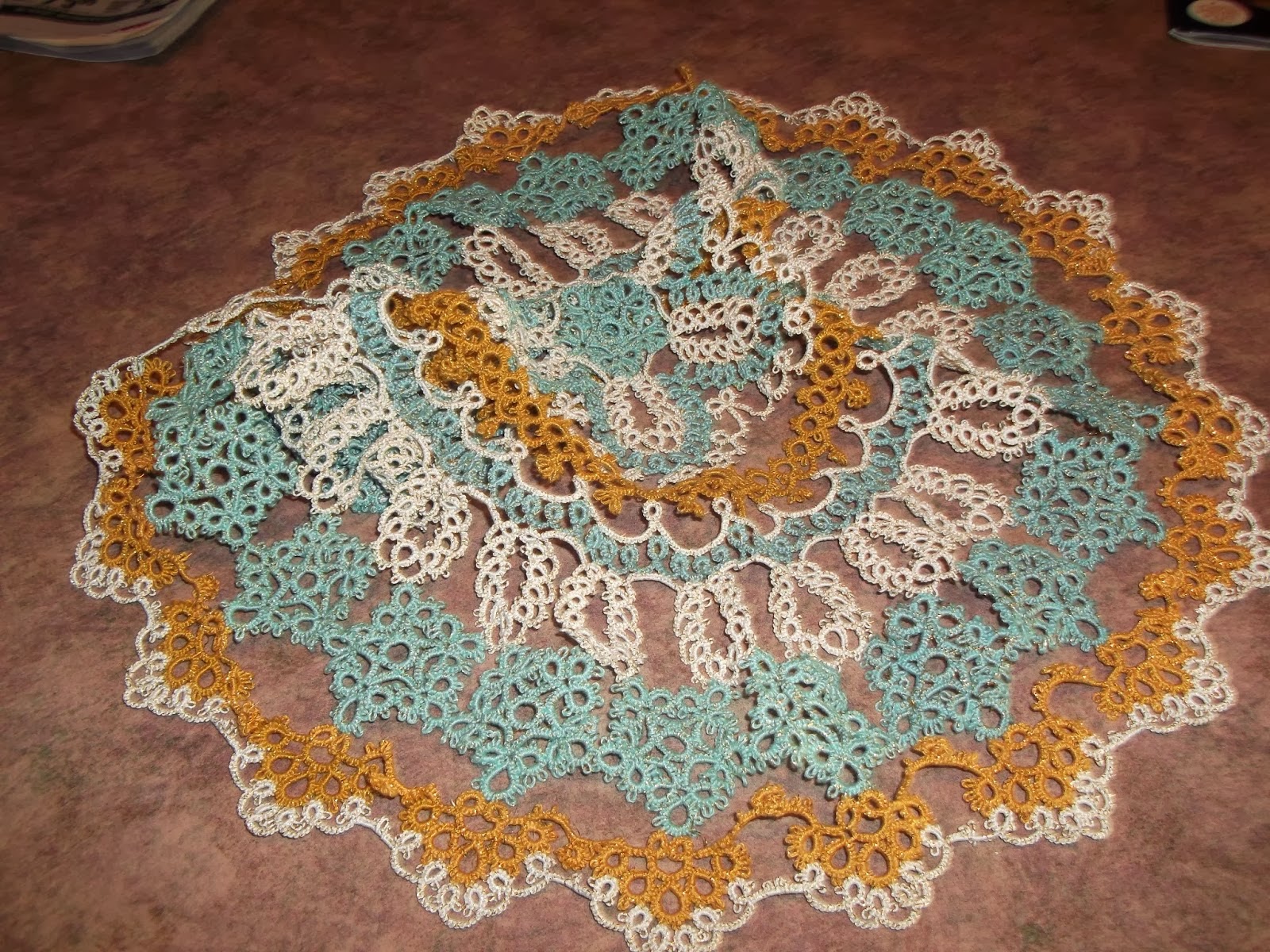 HisKid tatted the Silver Charm Suncatcher Ornament from the Big Book of Tatting by Darlene Polachic in size 40 Lizbeth Tropical Punch with silver lined clear beads. The second is from the book by Tina Frauberger, Schiffchenspitze using the first 4 rounds in size 40 Lizbeth Rainbow Splash and Navy Blue with multi-coloured beads placed inside the rings. To use up the navy thread on the shuttle she tatted Kerosang from Tatting with Rings by Jon Yusoff using the same multi-coloured beads. 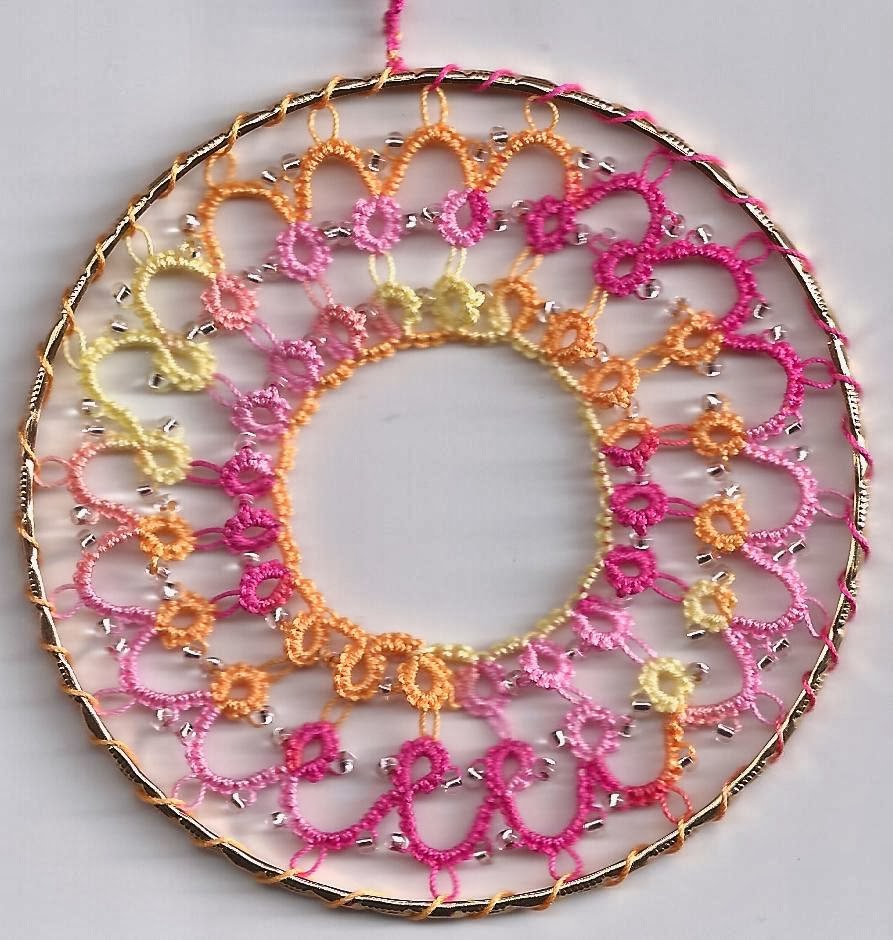 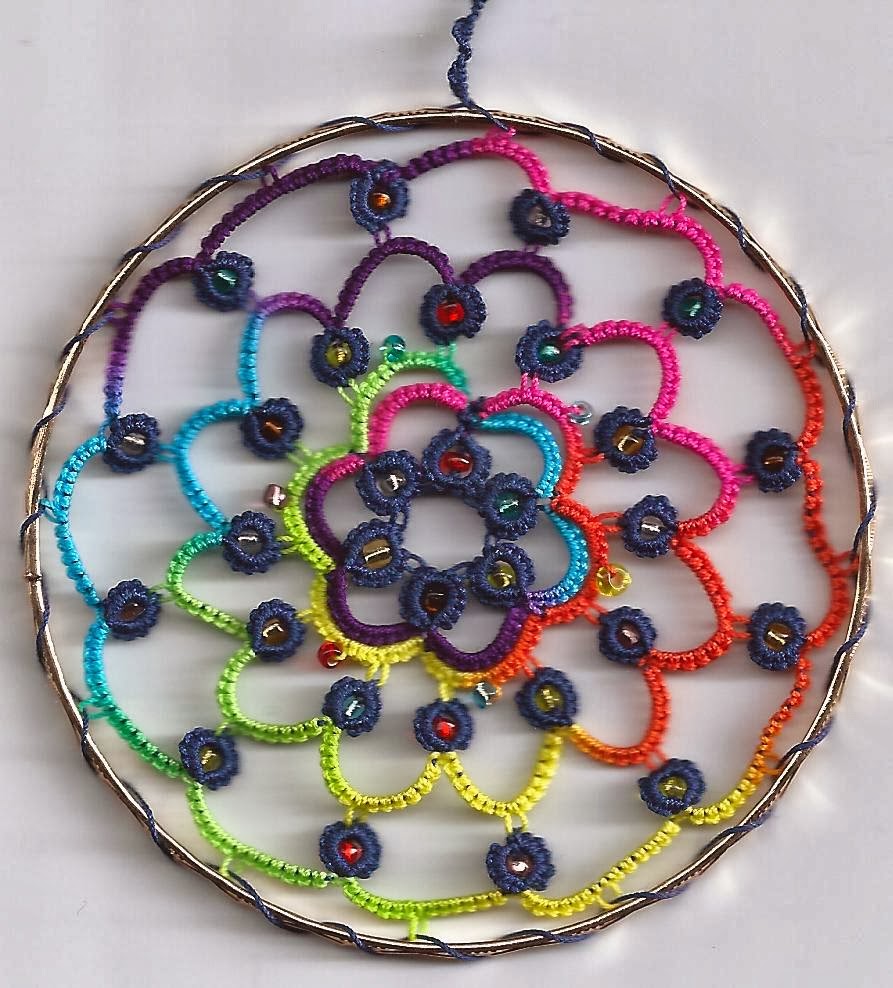