Batty Tatter finished this picture of owls nesting in a tree when it accidentally got splashed. She liked the effect and splashed it a little more. She did another couple of caps with edgings along the bill and a motif on the front.

Lilas added amethyst pearls to Lisbeth size 40 to make this charming bracelet that she has named Ondine. The earrings in the same pattern are tatted with Lisbeth 40 in blue with fluorite beads of different colours. 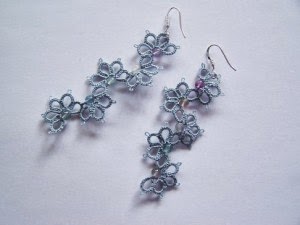 Sue tatted the club from Norma Benporath's bridge set and here is the whole set complete. She's doing Sally Kerson's pattern in a rainbow of colours and buttons from her stash. 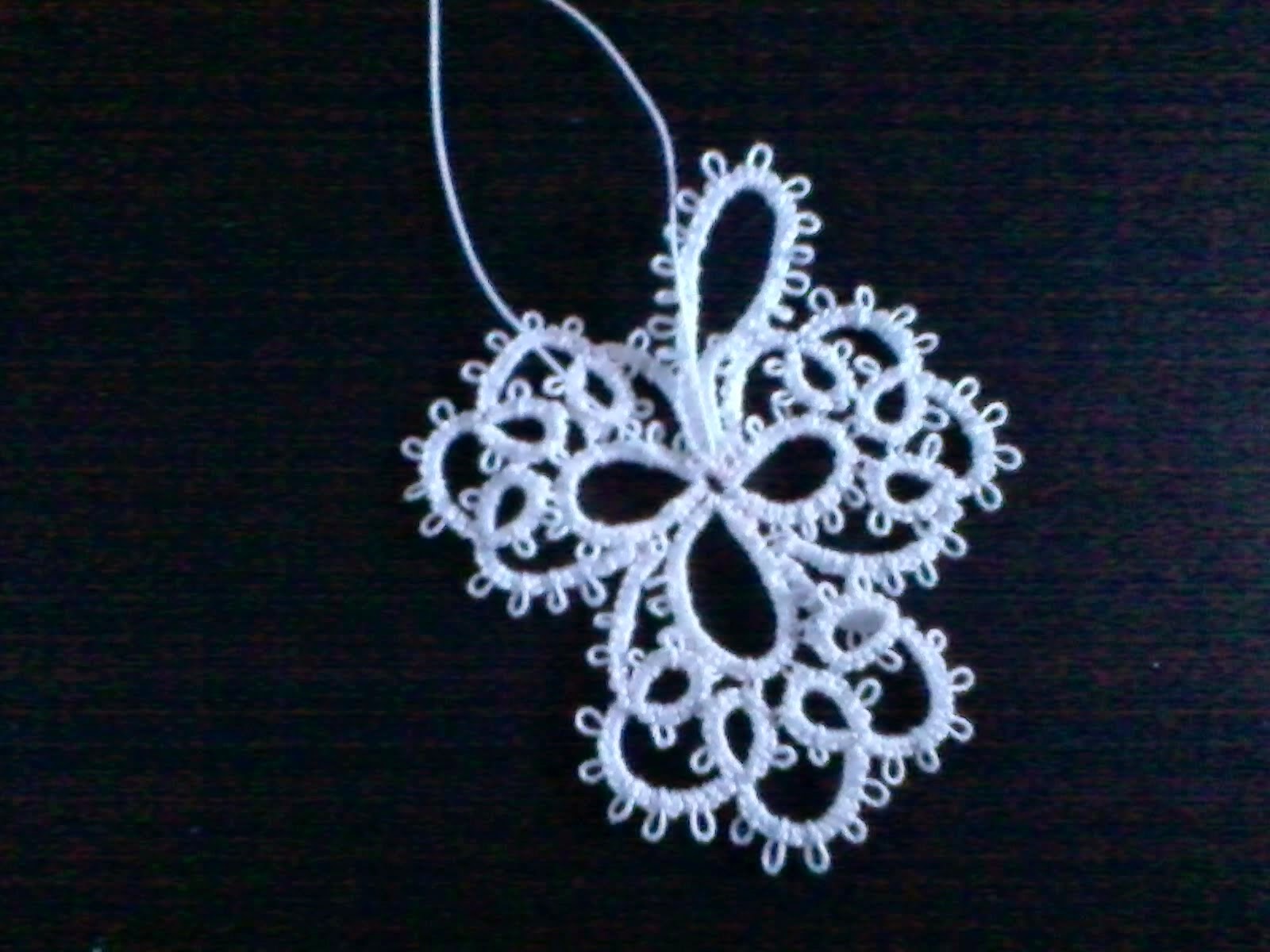 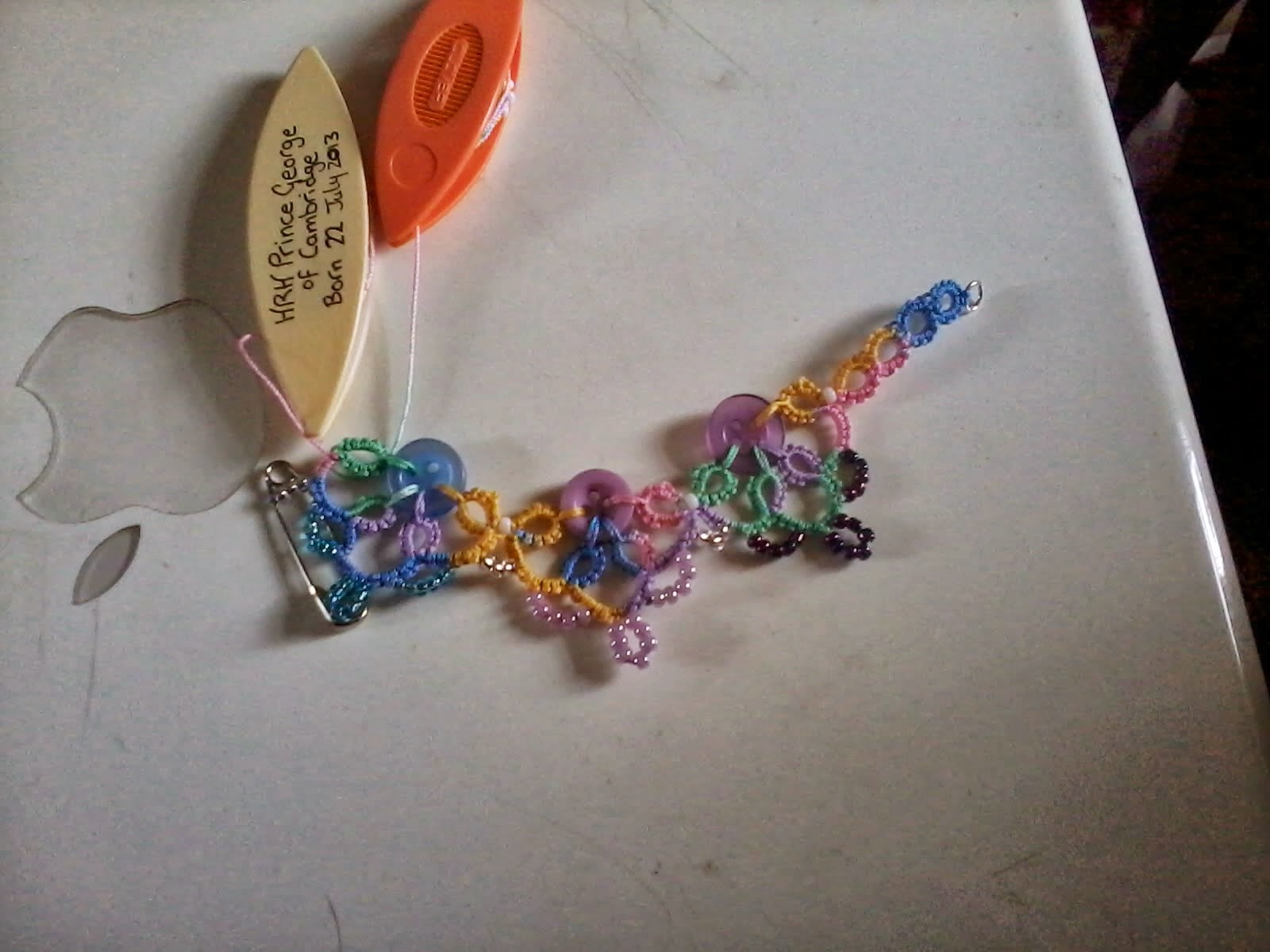 Ginny has begun Renulek's Spring Doily and is at row 3. 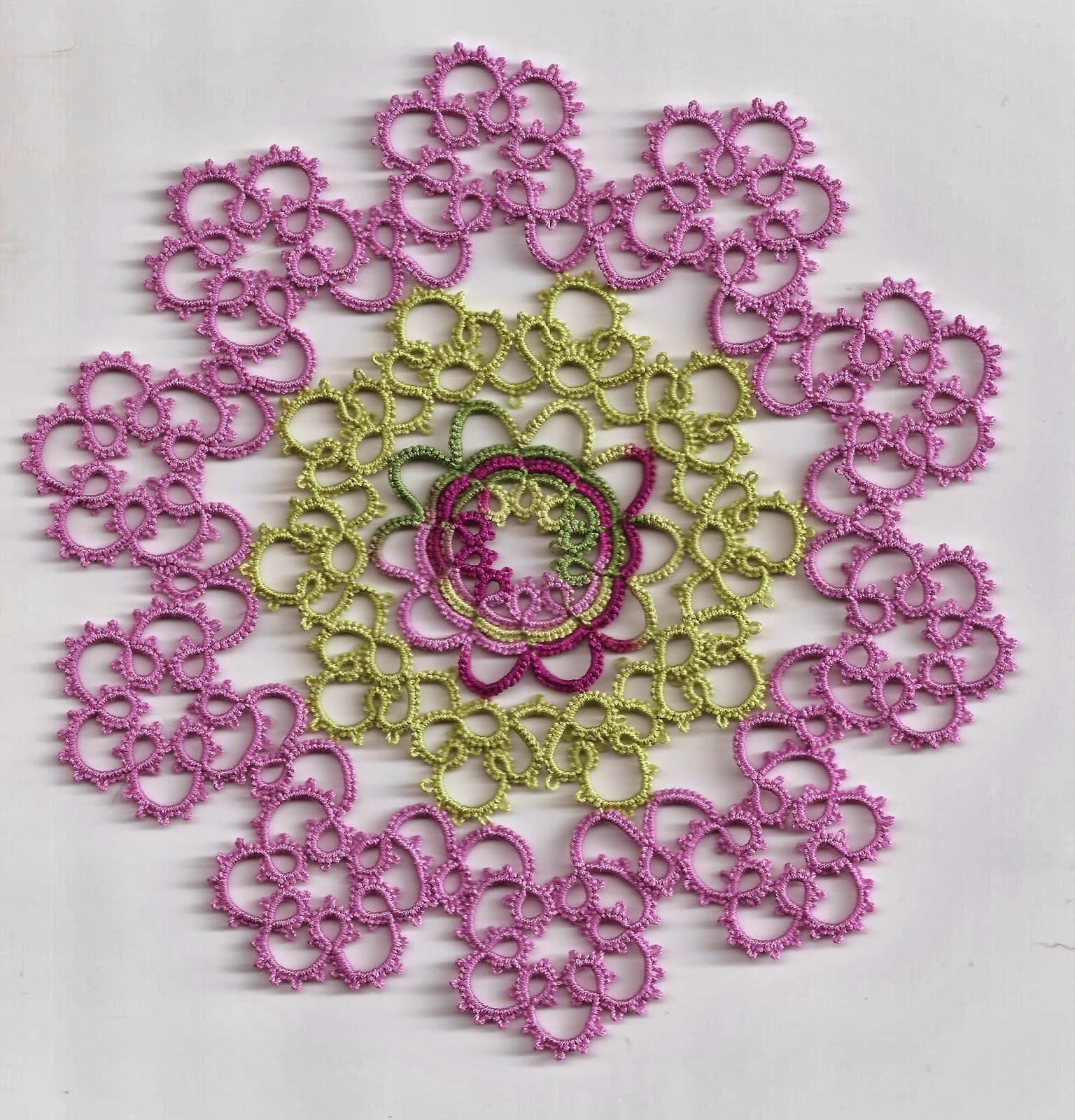 Nancy has finished another pretty set in pink using Mary Konior's Goodie Two Shoes pattern worked in size 20 in the colours of Pink Medium and Pink Parade. Booties and a hanky bonnet with a tatted edging are something to be cherished. 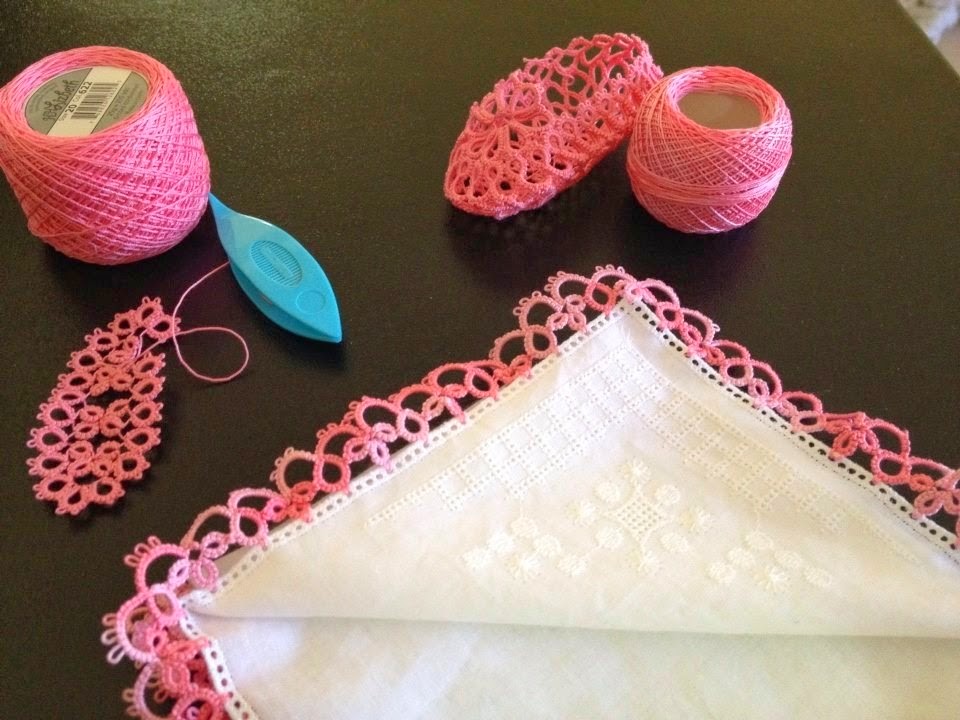 Diane's students are making progress and here are Paige's  first two motifs and as a reward she got to choose a shuttle. The students are working hard and helping one another out, encouraged by the reward of lovely motifs. Diane has started using Lizbeth Victorian Red, #670, size 20 to tat a doily from a Russian book. More students are having success tatting their starting lengths of lace and choosing their reward motifs. Diane is on to the next round of her doily. 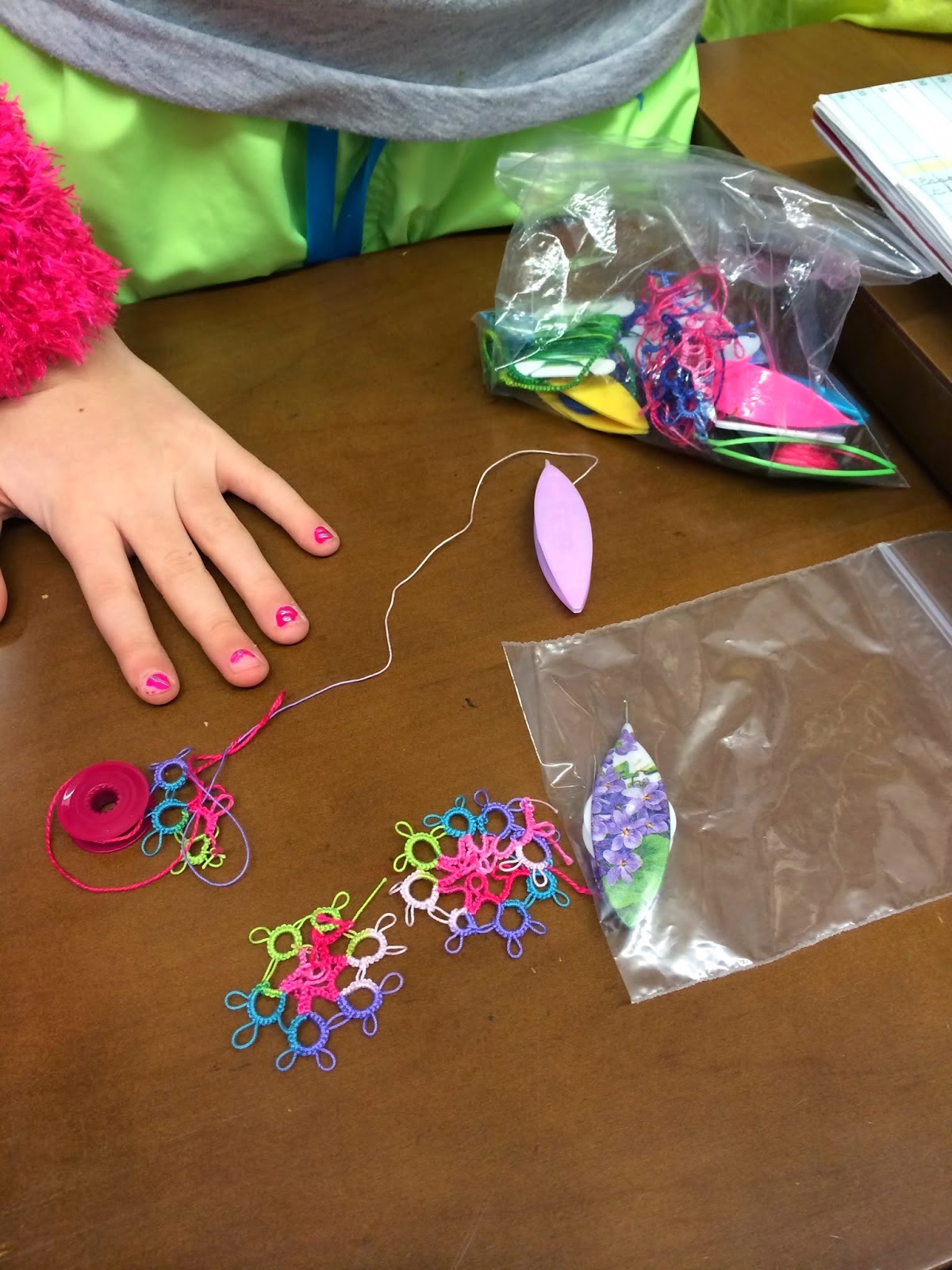 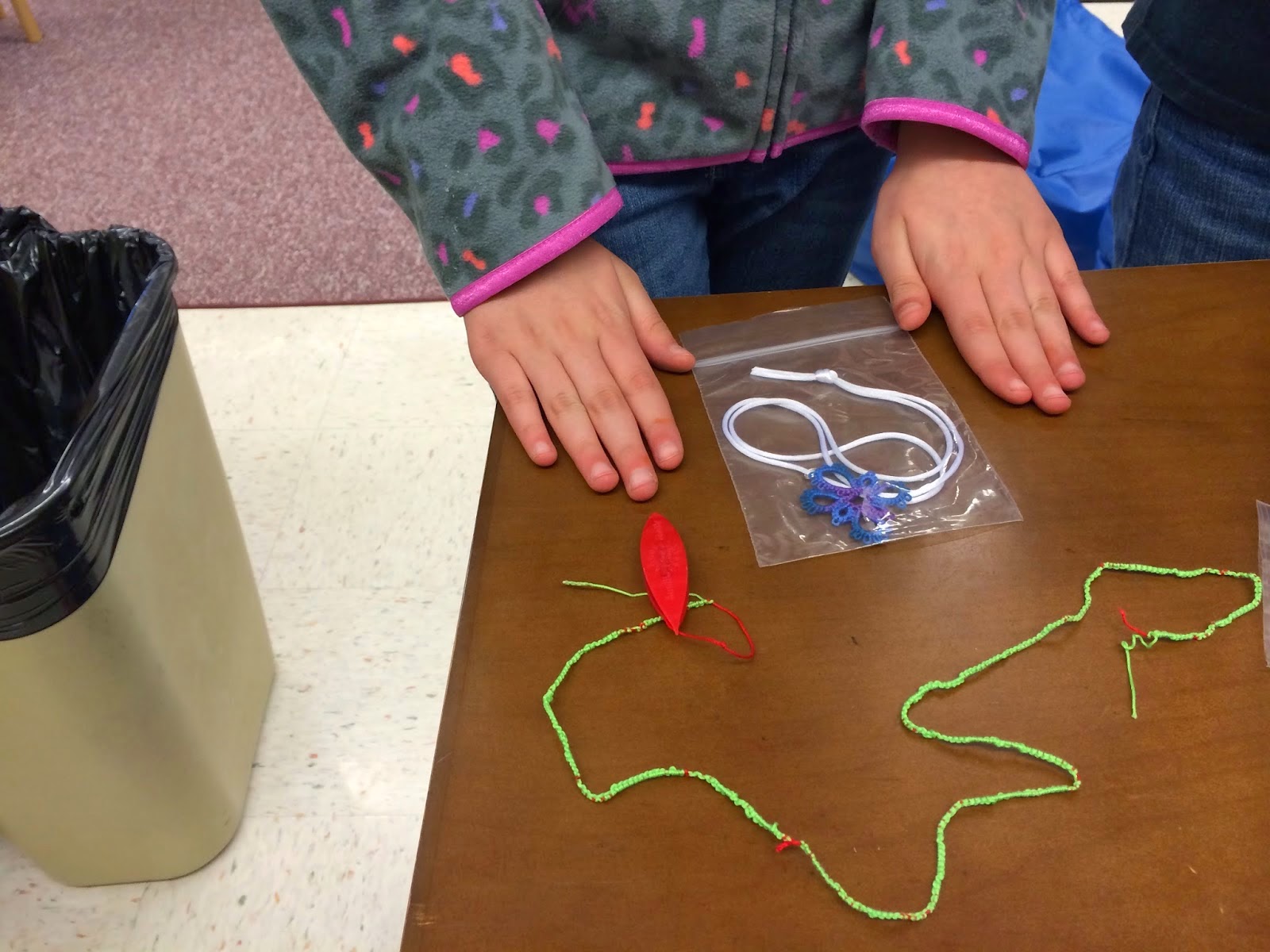 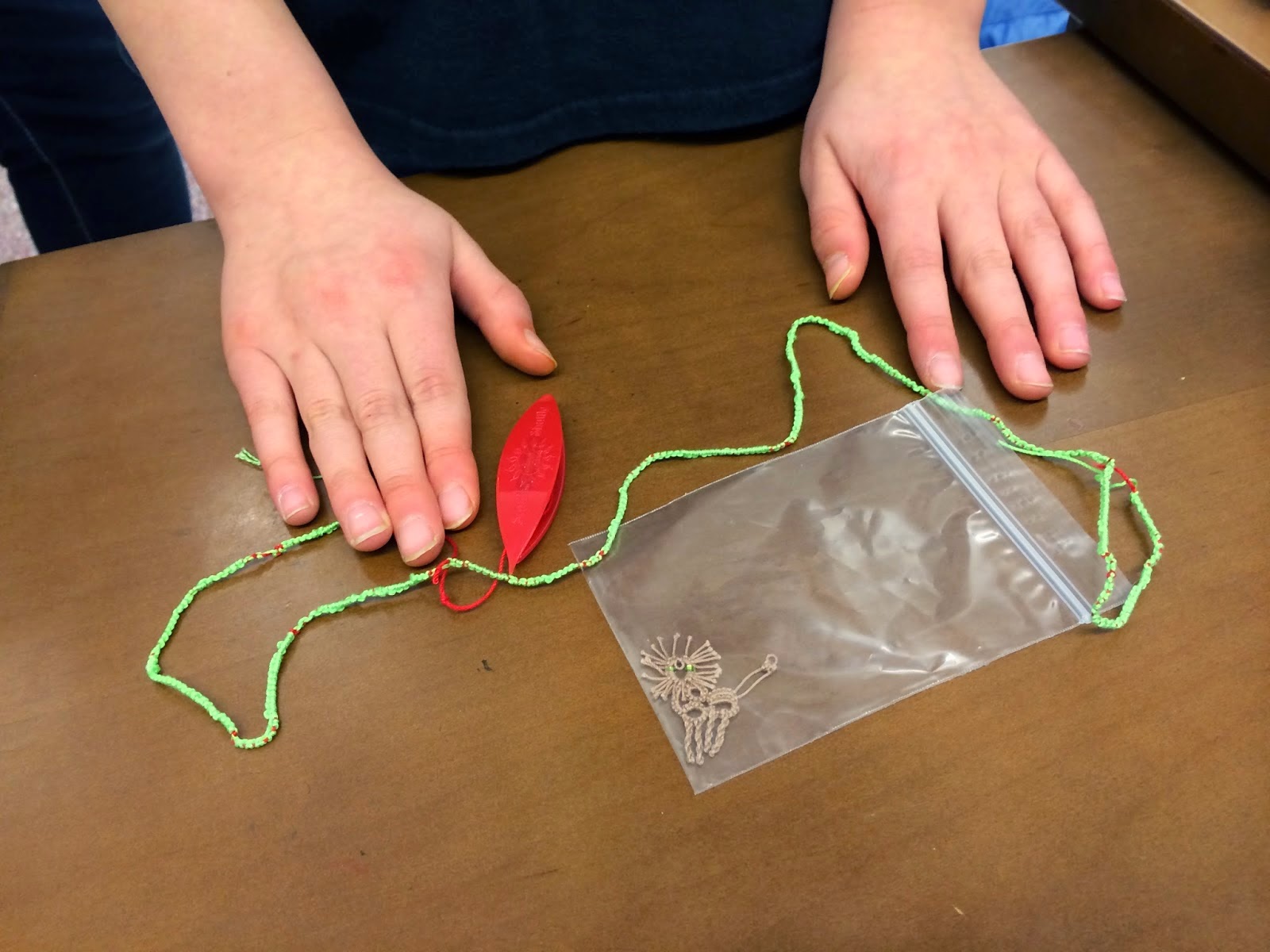 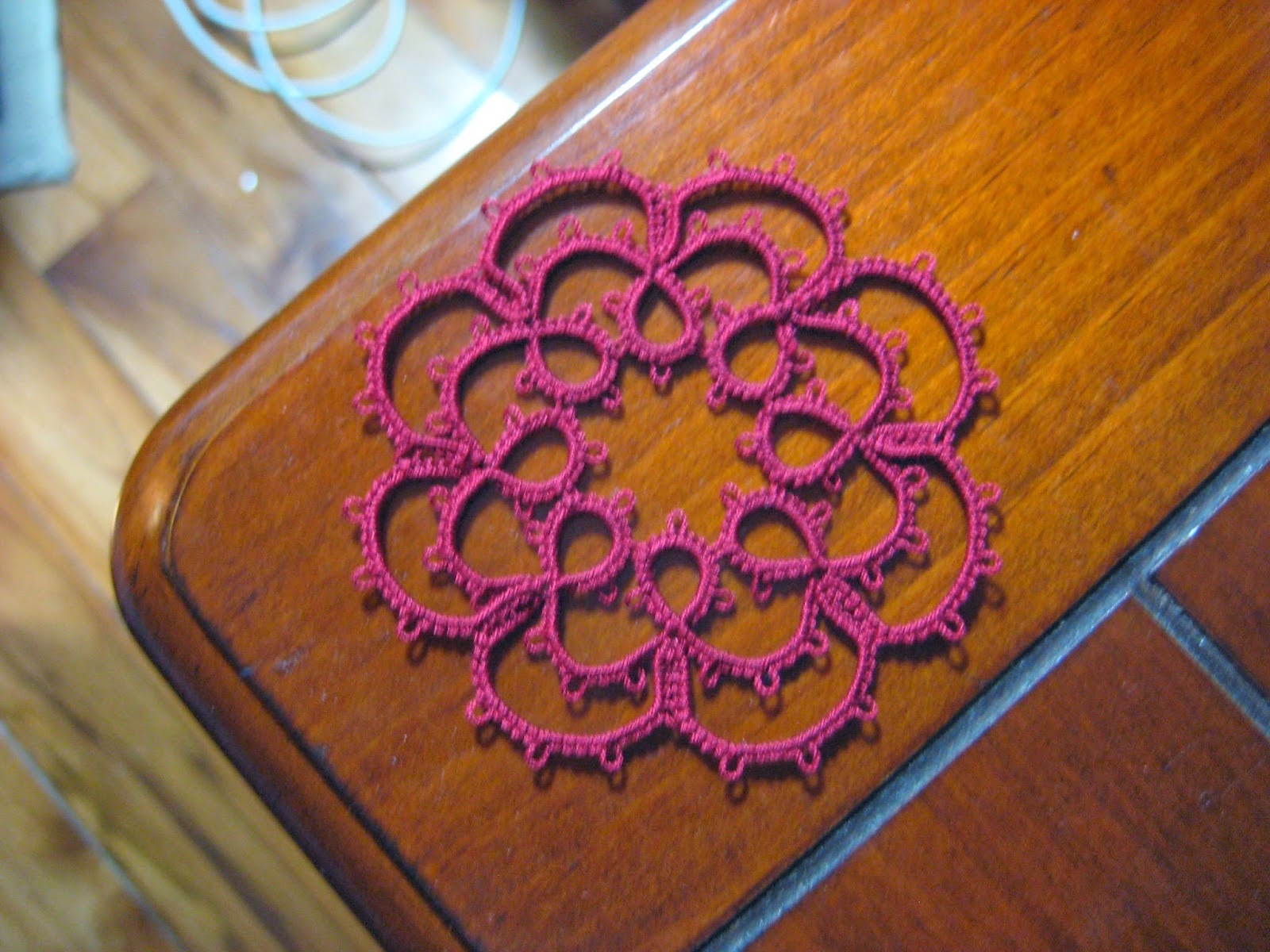 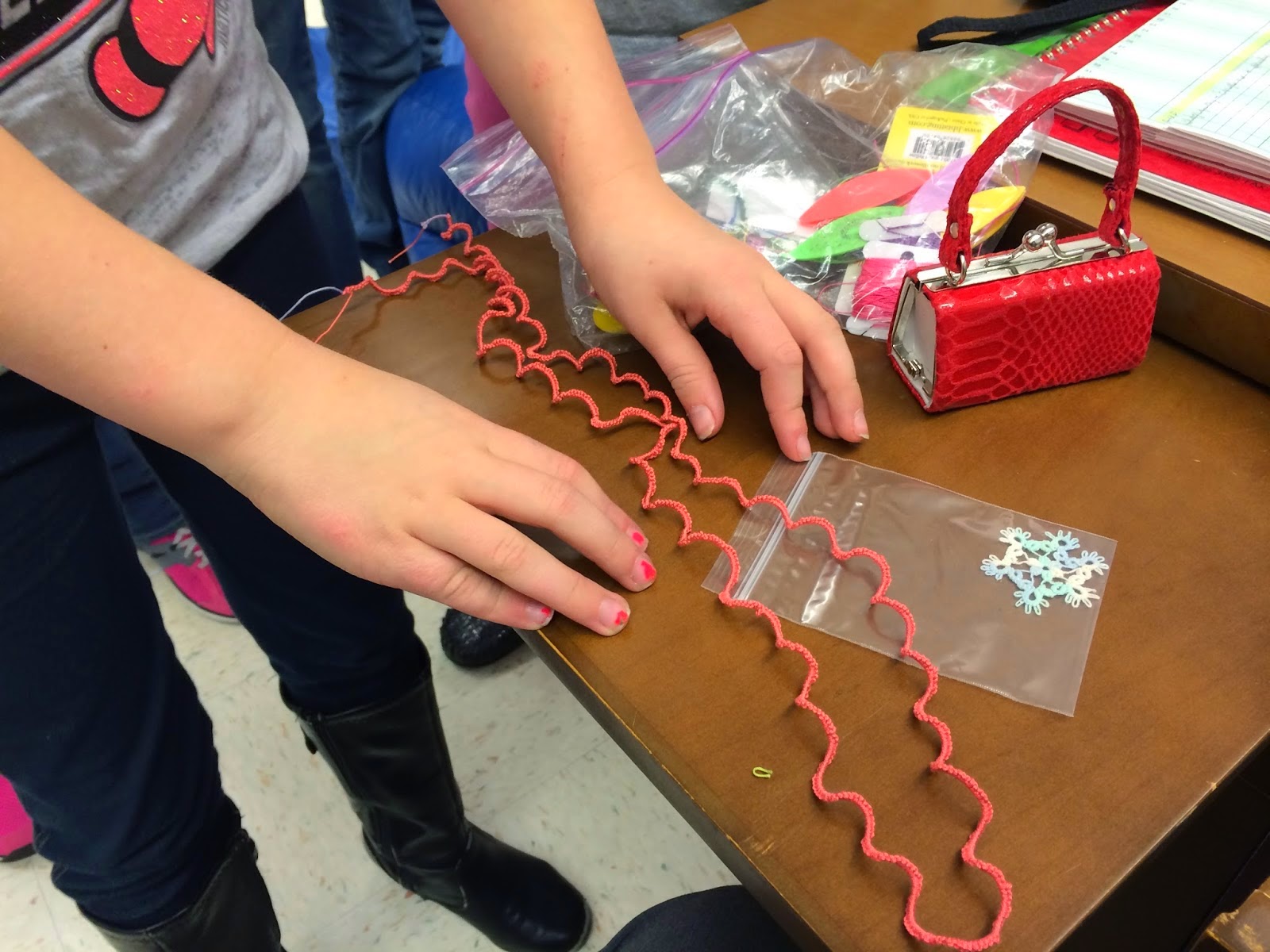 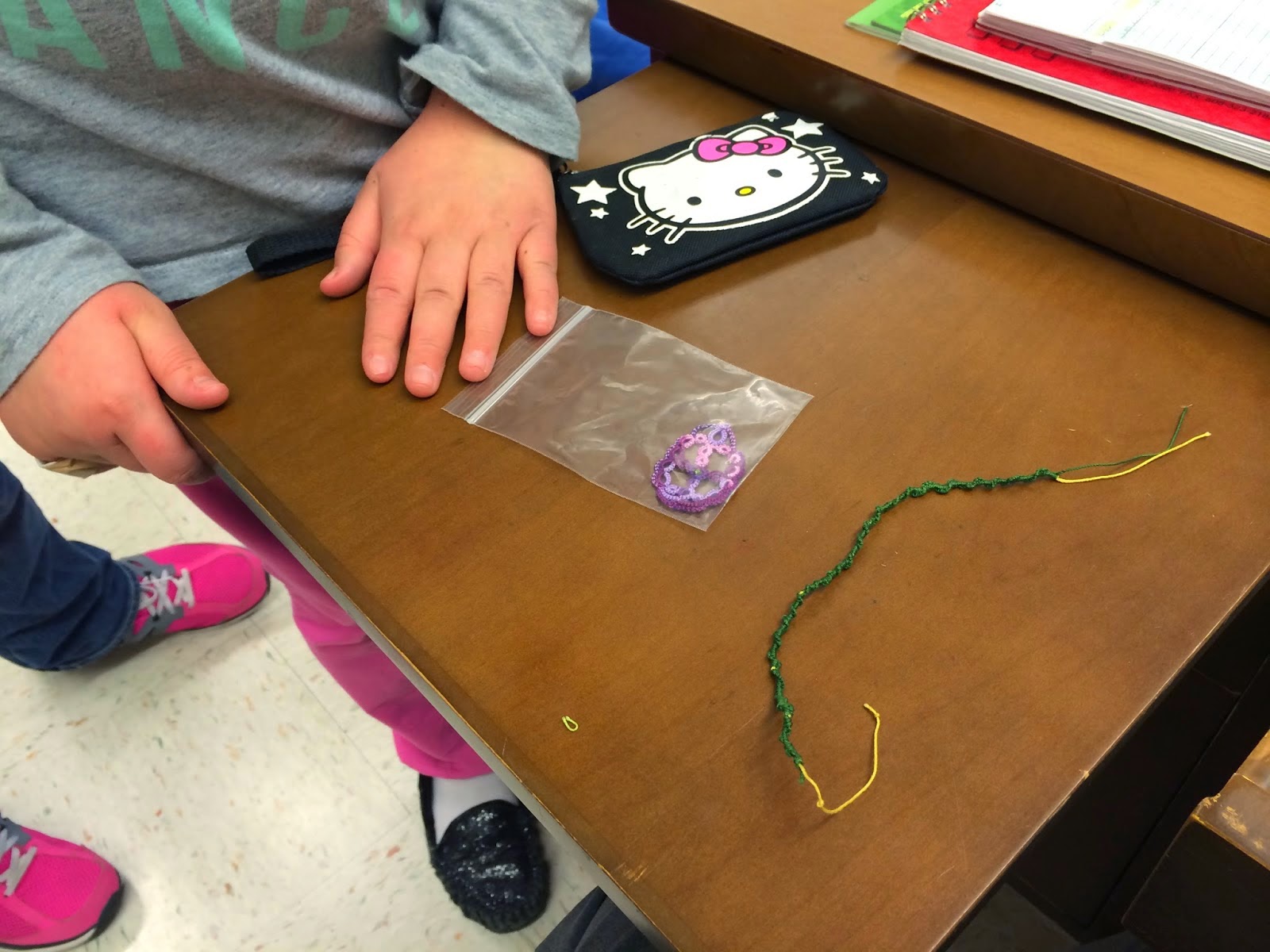 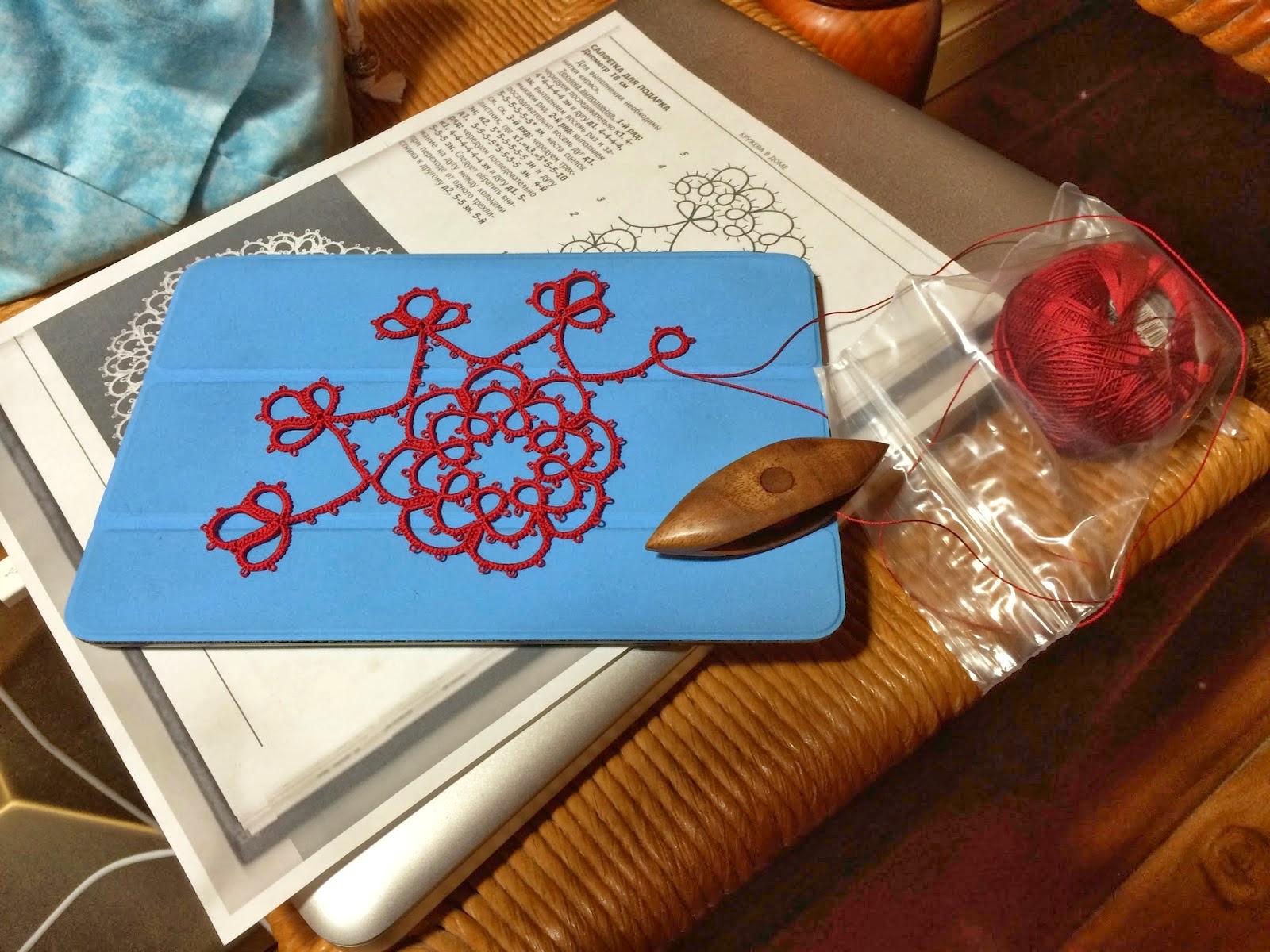 Fox has started adding beads to her doily. They don't stand out, they just add a subtle catching of the light to the doily. Of course, since Fox is a perfectionist, we all knew that the doily was eventually doing to be introduced to the scissors, it's crime being large, sloppy, picots. The first time around she was using DMC green in the 8th row, but she had to save that thread for her Lucky Clover doily which meant she probably wouldn't have enough for both so she had to go with Perfect Quilter thread. The Lucky Clover doily has been languishing since she started the Spring Doily. 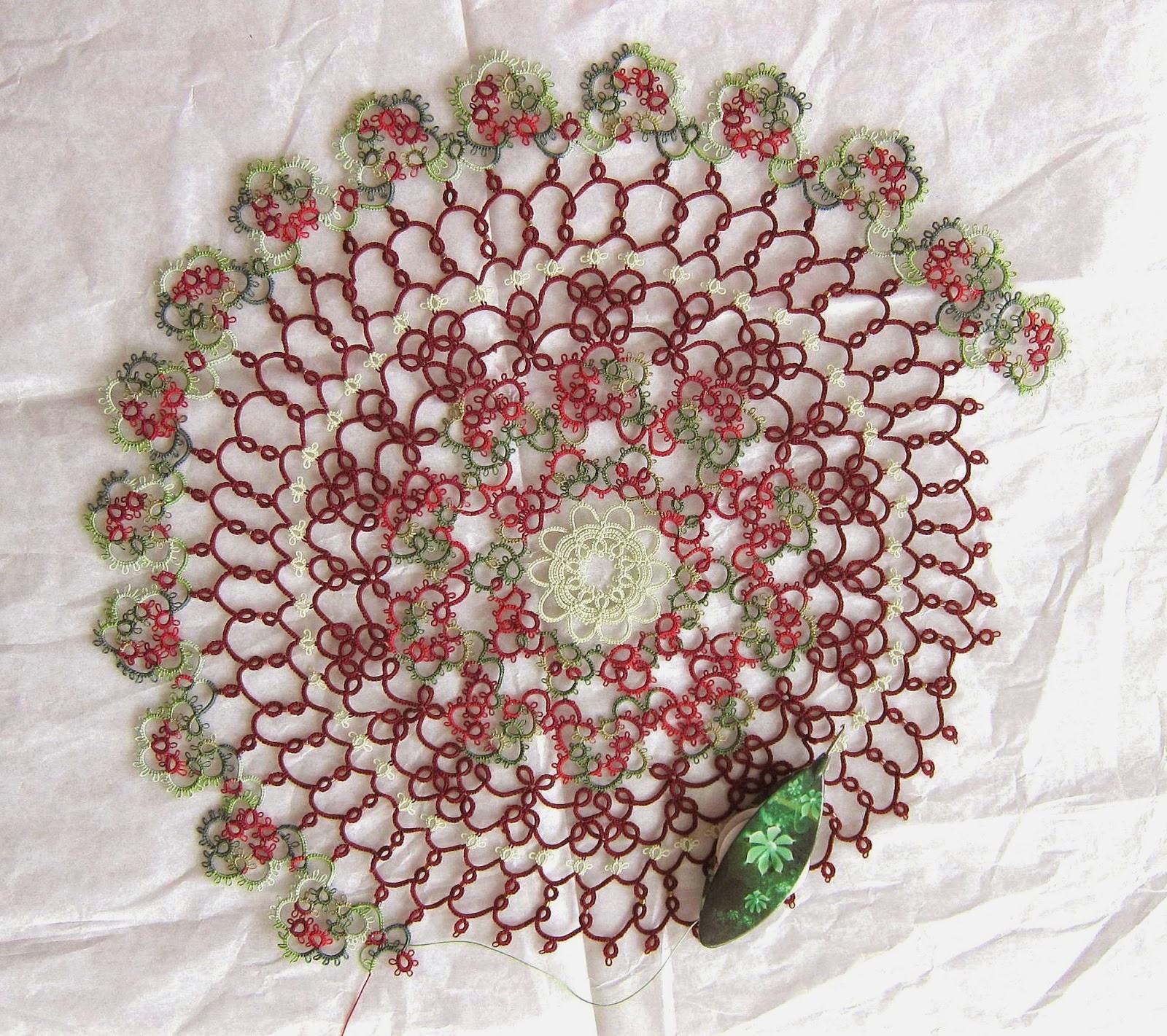 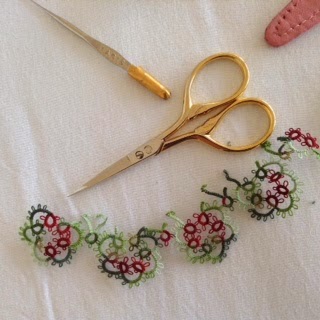 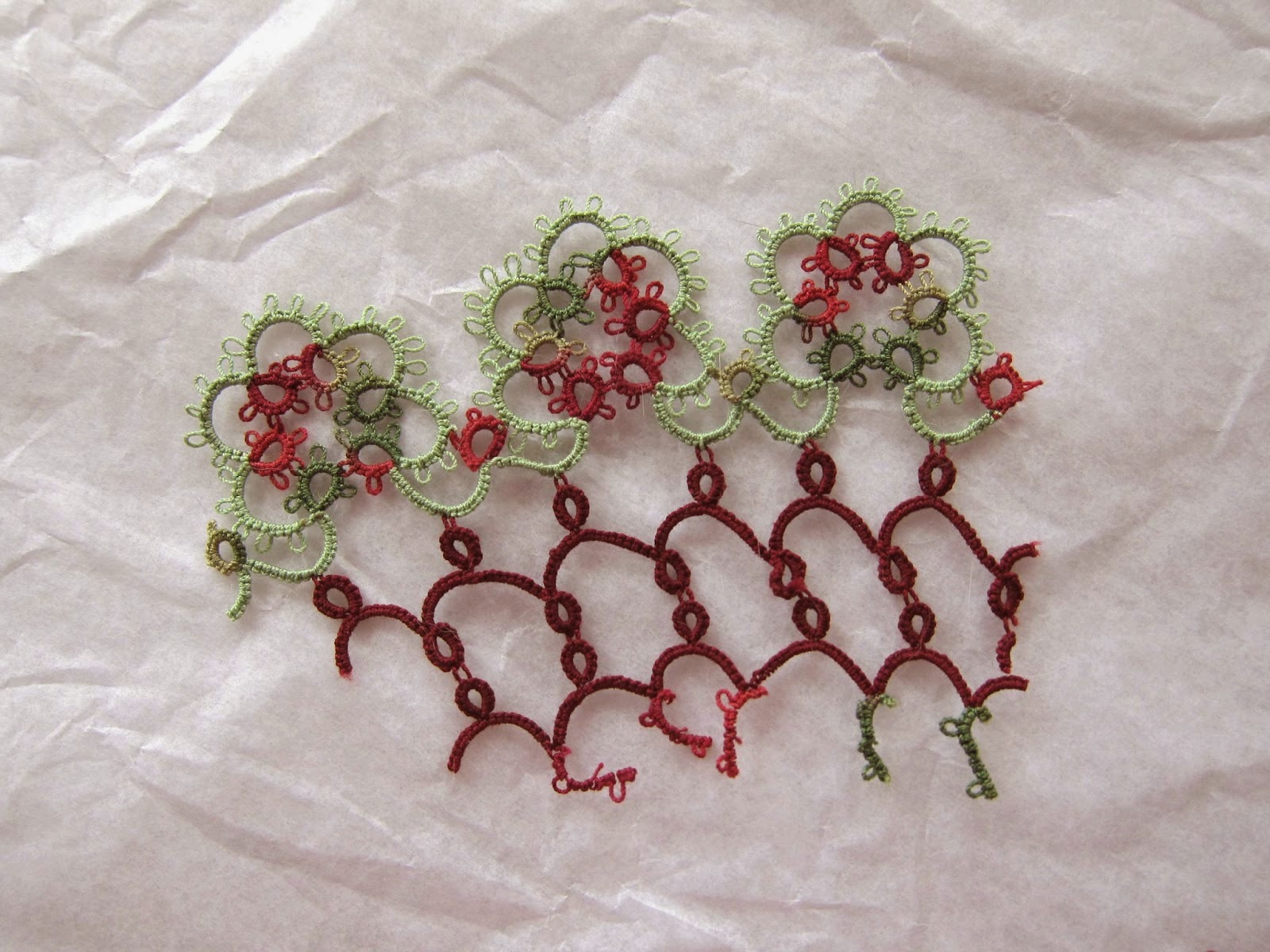 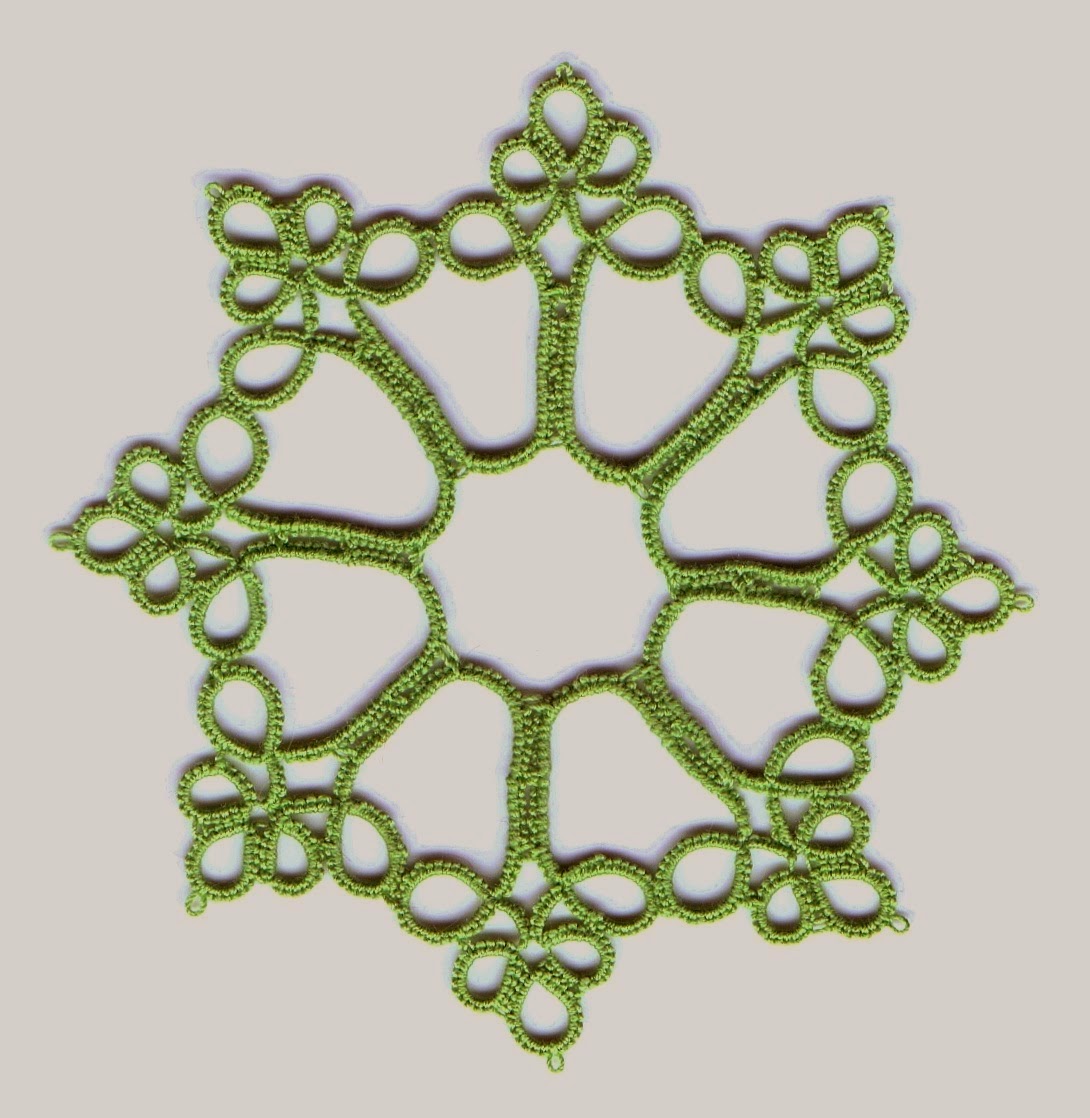 Marie tatted this Christmas tree from Tatting for Today in size 10 thread with a gold filament.