mb duke just  finished round 2 of Doily XII from Jan Stawasz's Tatted Treasures, which took her about 2 weeks to tat. 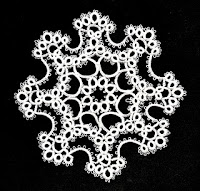 Carrie started Janette Baker's Star of David runner from Learn To Tat in the wrong size thread, which meant running out for more supplies, so this was as far as she got. She switched to something she can accomplish with the thread she has on hand, Janette Baker's Josephine Ring Edge. 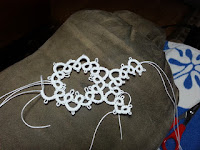 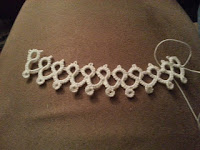 Jane made earrings to go with the Diana necklace and managed to get the colour variations mostly in the same places. She  made a little muslin bag for each necklace and earring set yesterday so they are ready to be posted. 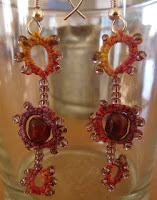 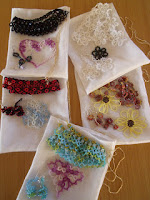 Wooroosa has used spectacular colour combinations to make this Jan Stawasz doily from his Theory and Patterns. 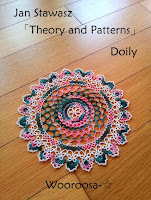 Julie was sifting through a box of treasures and came across a card which contained some lovely flutters made by her grandmother. She'd like to tat them from the pattern, but doesn't know the source.

SunshineCraft tatted this vintage pattern from an Anne Orr book, but she's not sure she'll ever feel girlish enough to wear it. 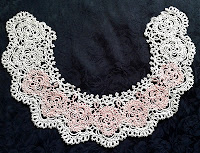 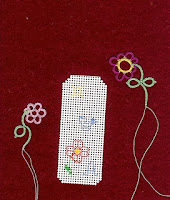 Cindy was glad the Round 4 of Jan Stawasz Doily XI was simple rings and chains which made it easy to tat sitting outside in beautiful, sunny weather. Even unblocked, it looks beautiful so far.

Fox tatted this motif from Aunt Ellen’e Treasury of Tatting using Olympus leftovers in size #40. The next one is the beginnings of an oval vintage pattern that done using ”Knitty Gritty", #40, from Yarnplayer. She is sending some motifs and shuttles to her son, who is about to leave for his trip to Peru, so that he can take pictures of them there. 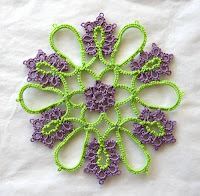 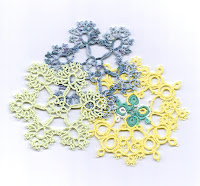 Marie received these goodies from a tatting exchange with Maria, in Portugal. This little "Sunbonnet Sue" from the Big Book of Tatting was done in Lizbeth, size 20, Blue River Glades and Green Orchid Med. 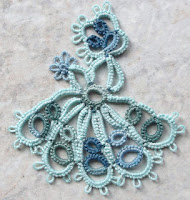 Michelle made this motif from a pattern in Angelina Crichlow's book. 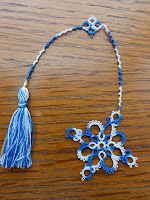 Sue tatted this motif when she first started tatting 4 years ago in size 10 cotton crochet and her daughter wanted it added to a pair of pants. It's a great way to add a splash of colour and style. 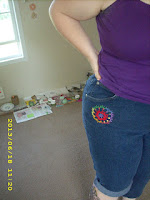 Wanda taught a tatting class at Odd Balls Yarn Shop and you can tell from the concentration of her students that they were determined to persevere. Large thread really helps to see individual stitches. 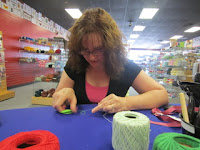 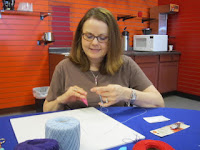 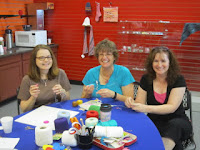 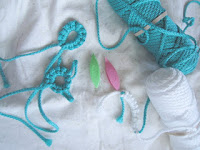