Pop Maria is waiting for spring so she thought she'd welcome the season with some trees full of blossoms.

Elsa bought several brightly coloured pillows with the intention of decorating them with tatting, but the idea got pushed to the back until she looked at a Jan Stawasz pattern that's just right for what she has planned. 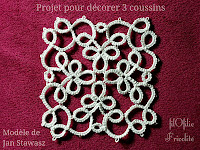 Sue has Day One of TIAS done and as usual, it doesn't look like much yet. She made another Ice Drop and the cats dark fur made a lovely contrasting backdrop. This one makes a lovely dragon's eye. A small battery, resistor and LED make for a scary eyeball. 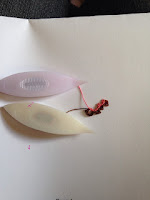 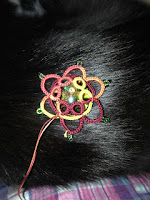 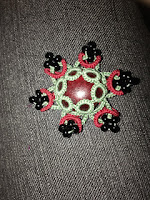 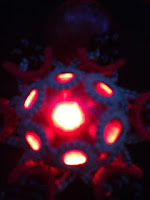 Diane watches Bella after school and she's also one of her sewing students who chose the gem stone and ribbon to match with the thread and sequins that Diane used for this Ice Drop. TIAS Day One. Diane experimented with the same thread, same beads, but different glass gem, different ribbon. She heated some gem stones in the oven and then dropped them into ice water to make them crackled before turning them into Ice Drops. These little charms she found were just the right touch of embellishment. Starting her Ice Drop the night before seems to help her work on it through the day. Denise sent her a picture of an Ice Drop turned into a pin. She practised her split rings on Day Two of TIAS. 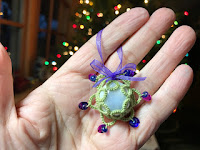 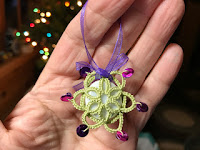 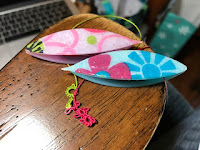 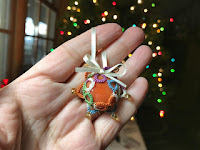 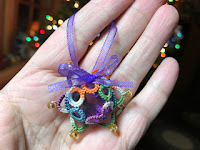 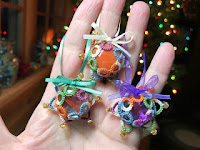 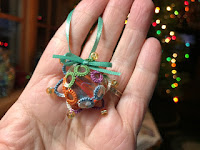 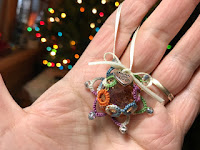 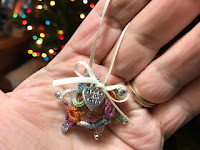 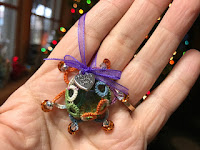 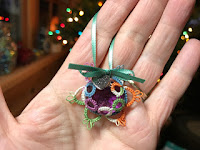 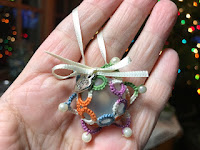 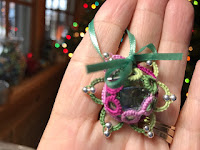 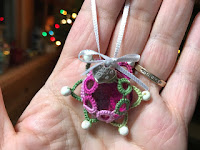 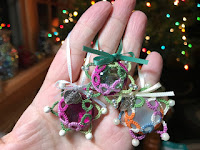 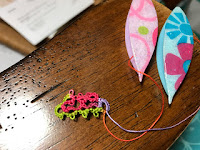 Jane has Day One of TIAS done. After Day Two she still isn't ready to venture a guess as to what she's tatting. 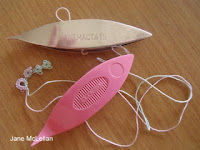 Margaret tried out the Ice Drops but her first one was worked on a larger gem and wasn't perfect. This is her bigger one where she used  Lizbeth thread Springtime No 20 and the glass gem is clear but is taking on the colour of the thread. 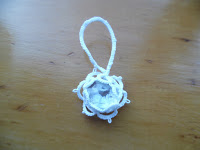 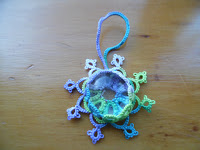 Muskaan thinks Day One of TIAS looks like a worm. In working the Ninth Day of December Snowflake by Lene Björn she was inspired to do the block tatting in two colours. Her Sea Pearl Pendant starts out like an Ice Drop but uses a shell instead of a gem. Of course the really novel thing is that she embedded a pearl in the tatting on the reverse so there is a pearl "in" the oyster. 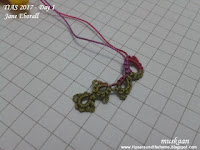 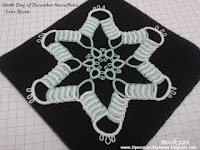 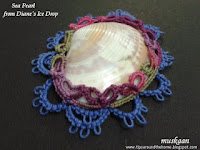 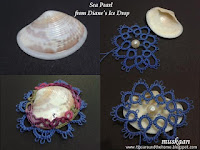 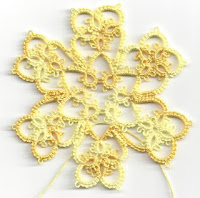 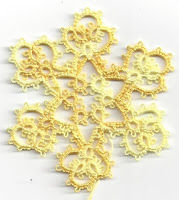