Mary Lena saw beaded earrings on Agnieszka Przeniosło's Facebook page and decided to do her own version which came out like a butterfly. On her next variation she made a flower. 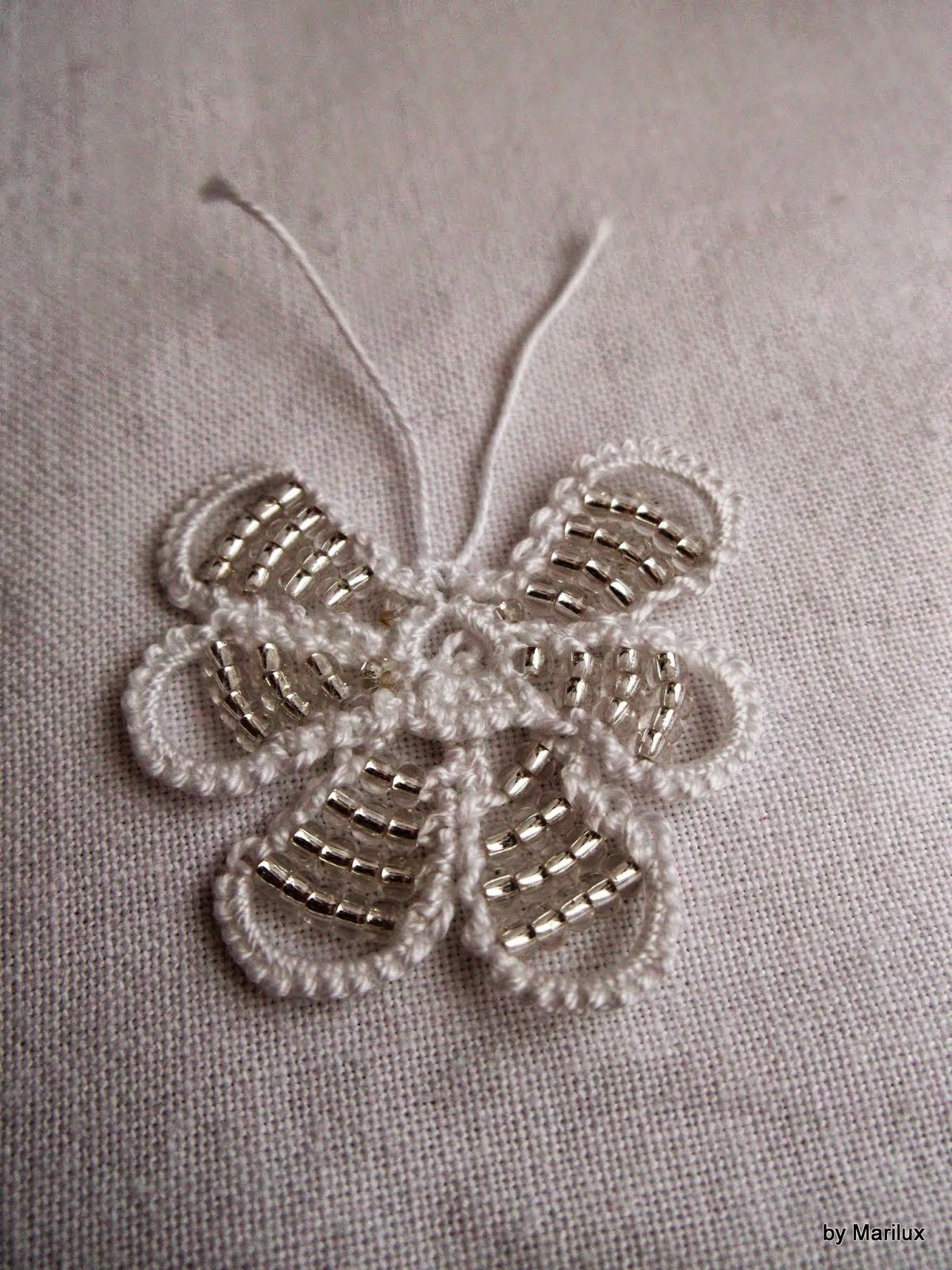 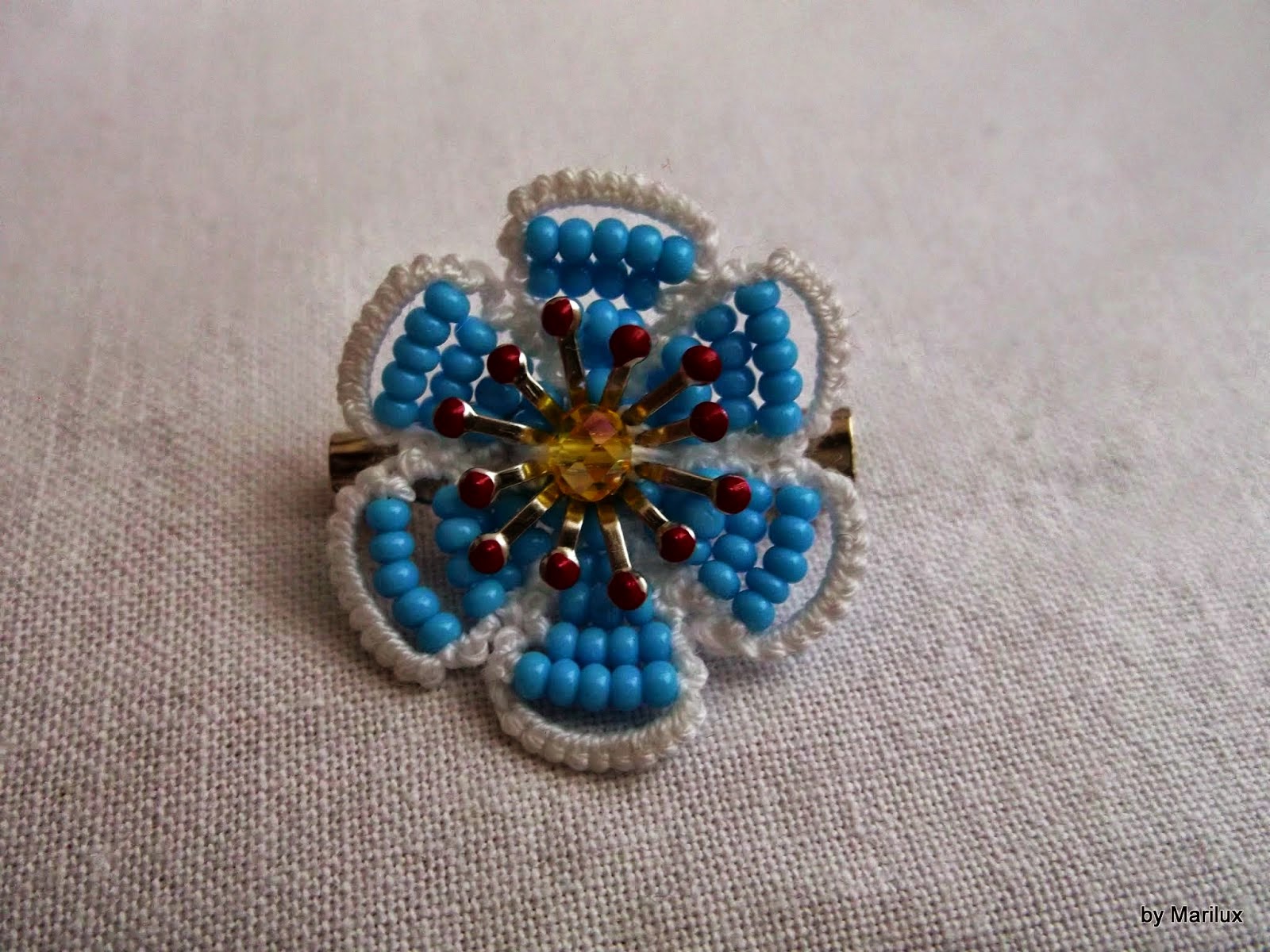 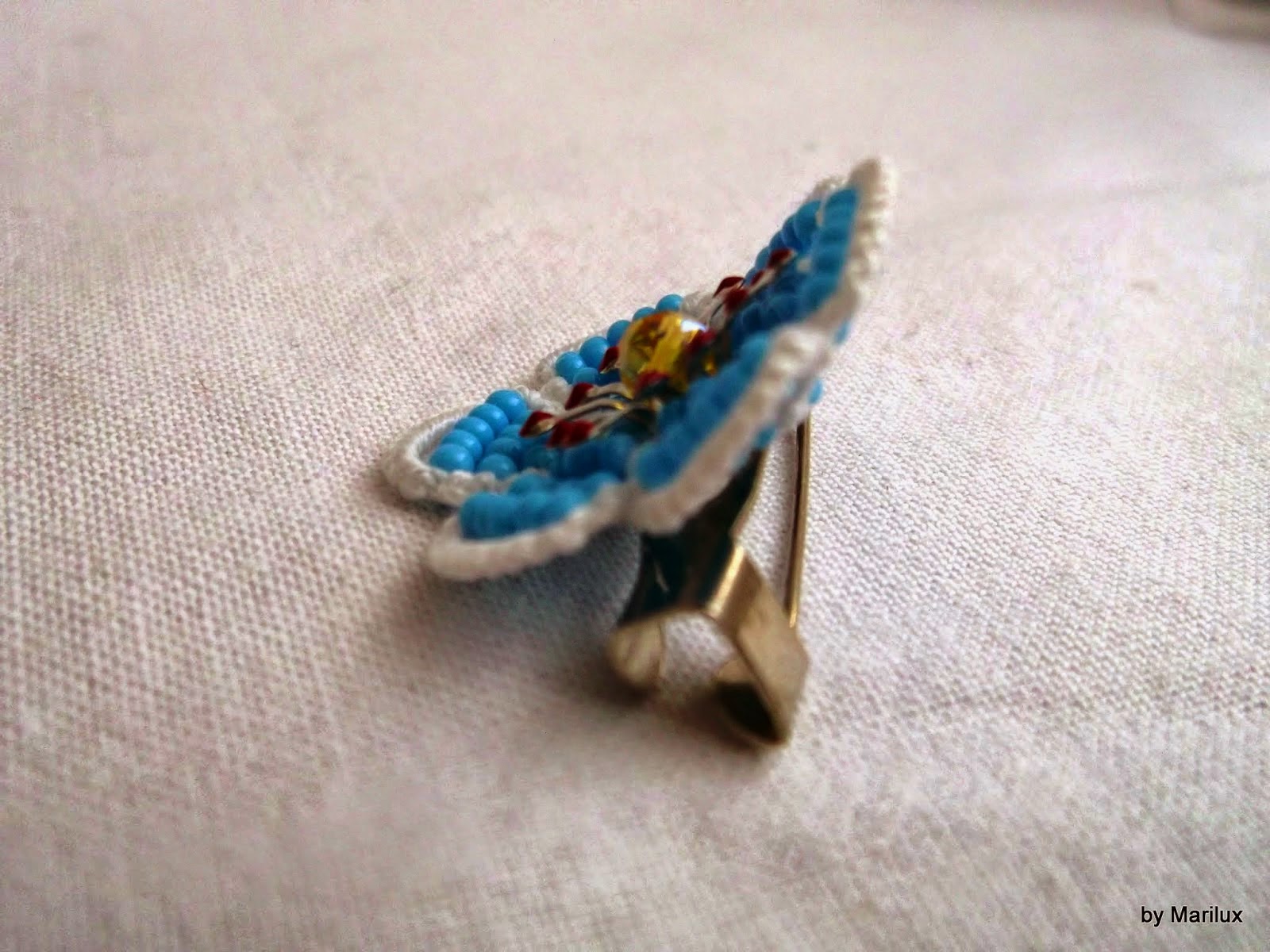 JulieP has day 9 of TIAS done and it's become even more mysterious. 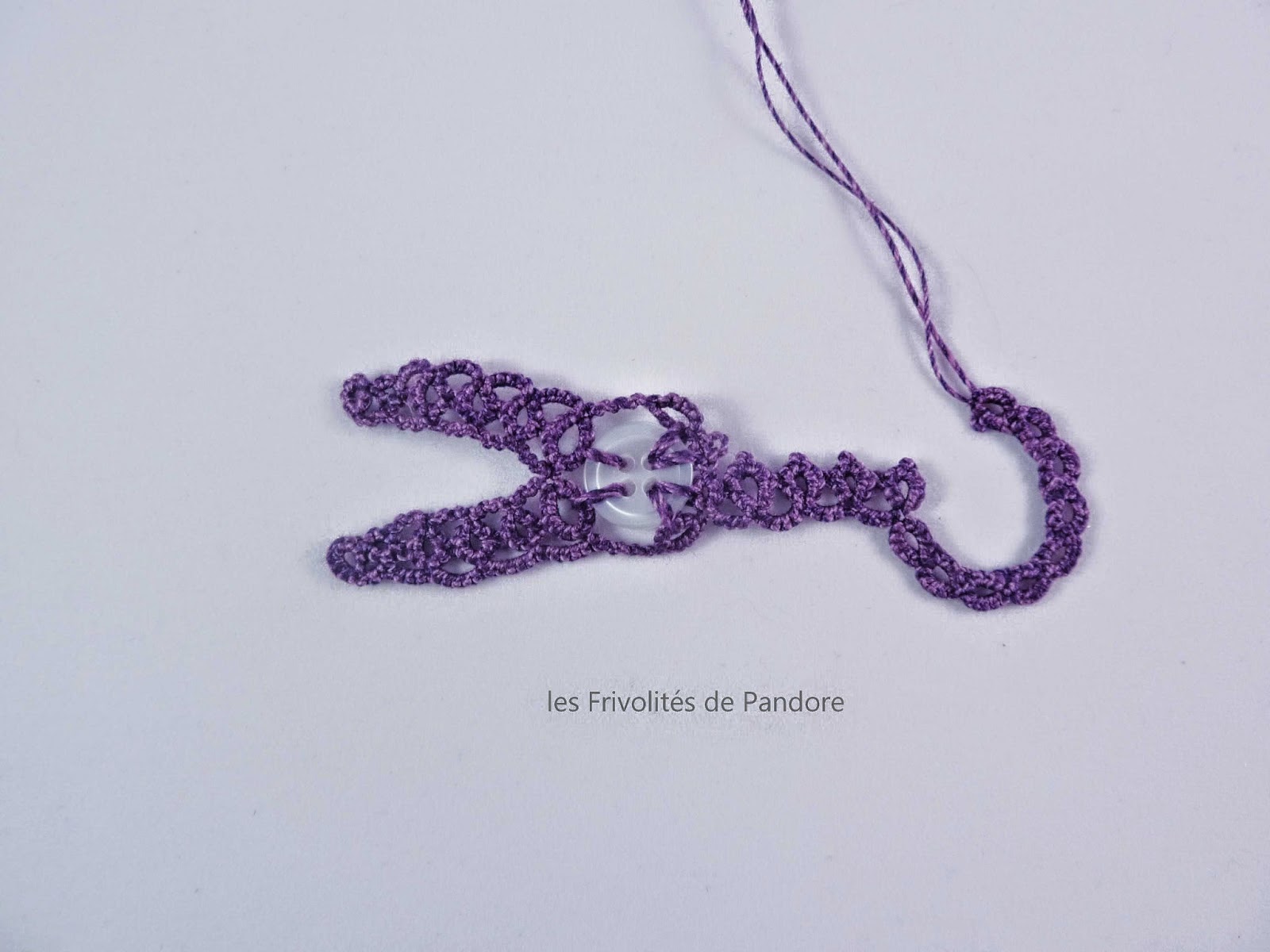 Sue also has day 9 done and she still thinks it's an elephant foot umbrella stand with the umbrellas falling out. 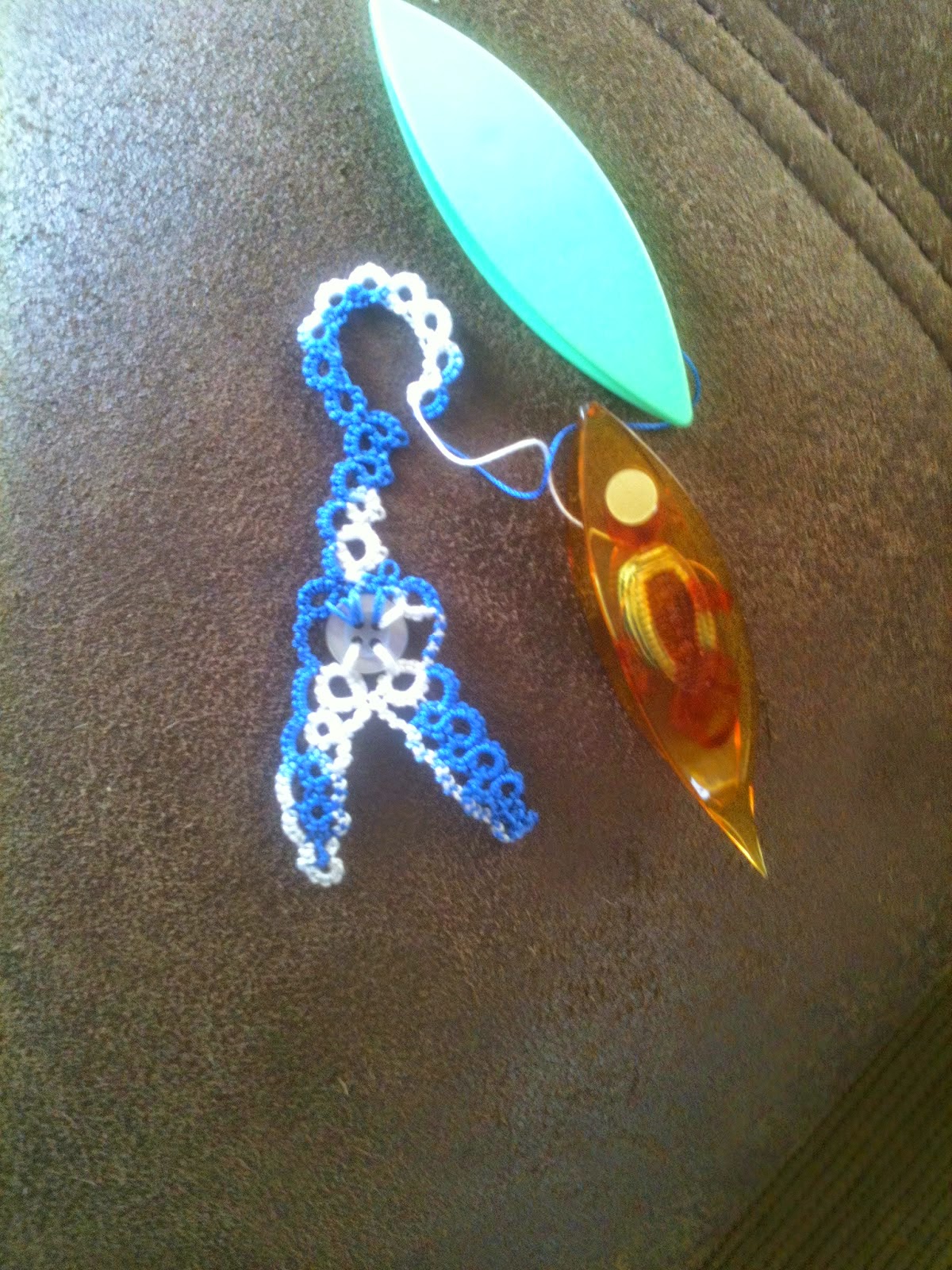 Cindy always regrets that she doesn't have enough snowflakes or Christmas ornaments done for the holidays and she found some hooks on sale. So this year she decided to start in January and here are 2 snowflakes from Jon Yusoff that she did, Spring Blossom and Sunburst. 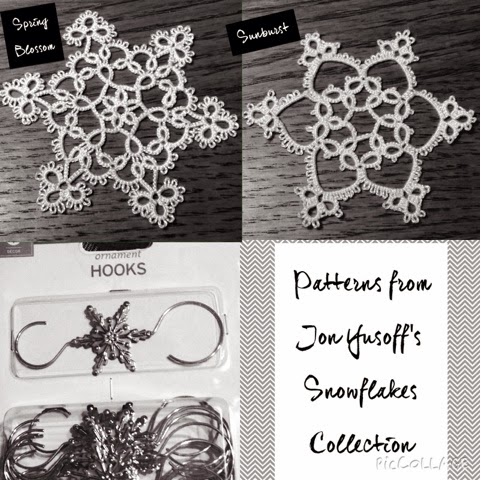 Diane has 14 pattern repeats done on the current row. The next day was busy so she managed only one more repeat. 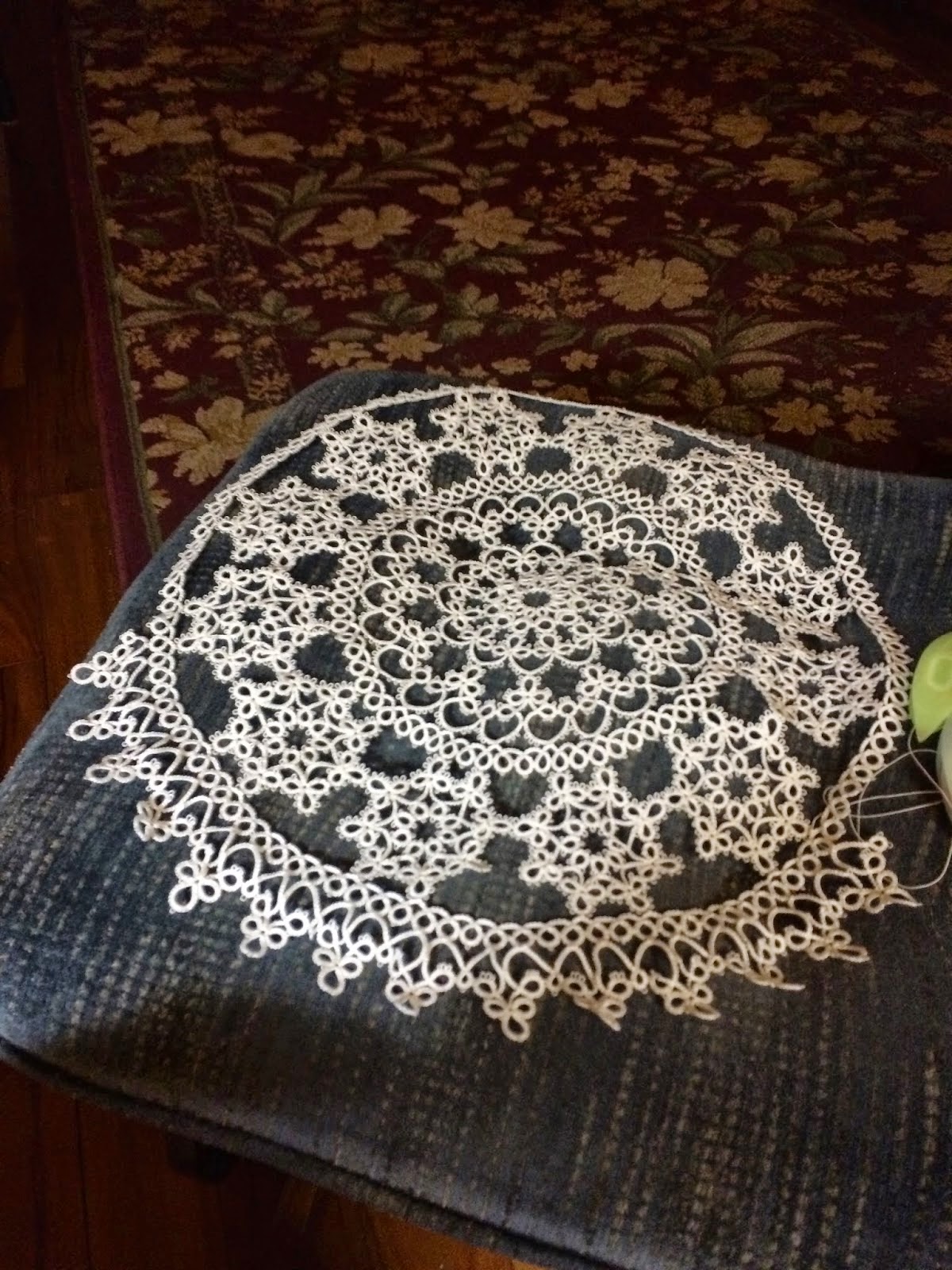 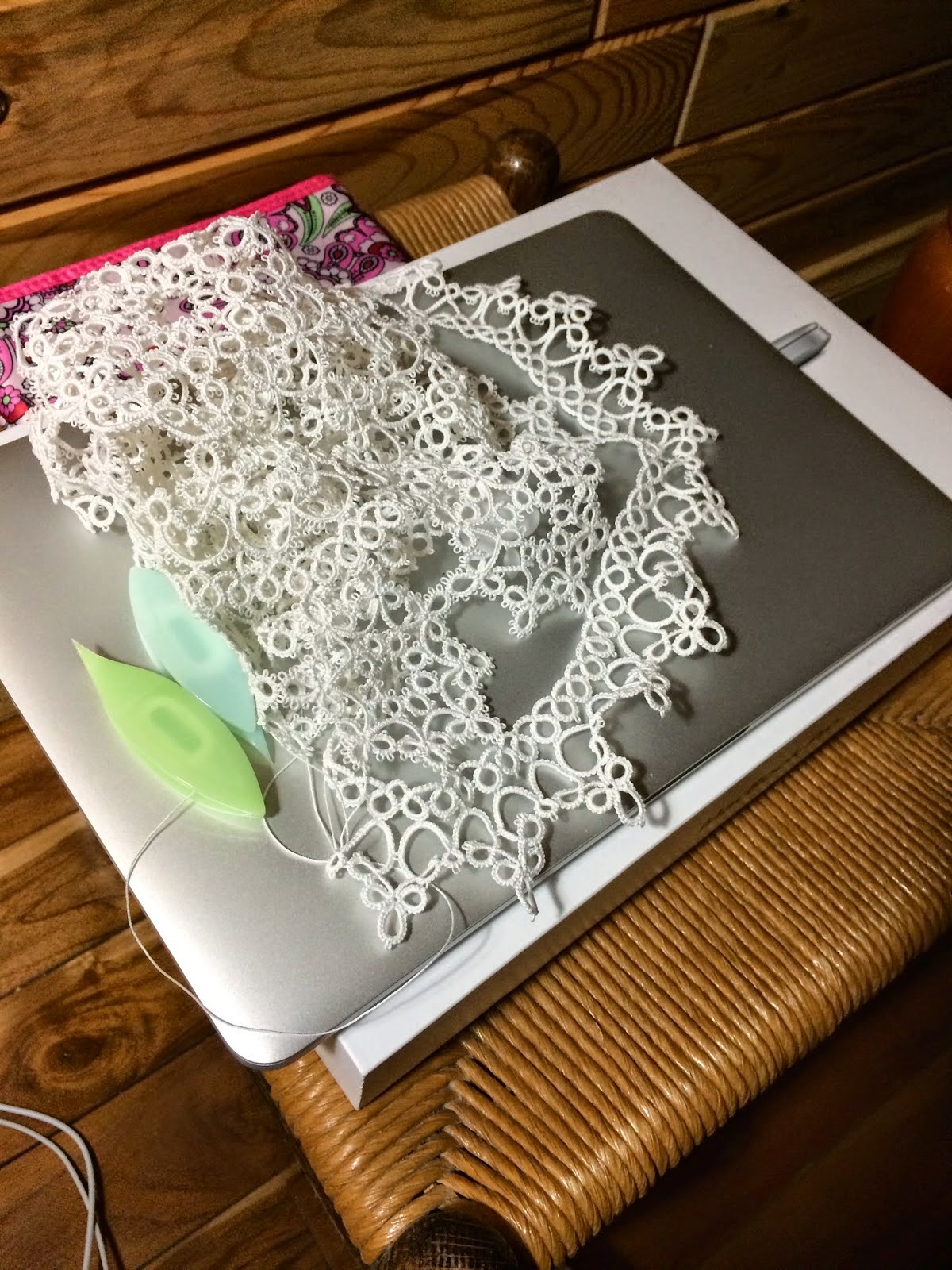 Fox thinks day 9 of TIAS looks like the Eiffel Tower. Row 10 of the design by Tomoko Morimoto has lots of chains. 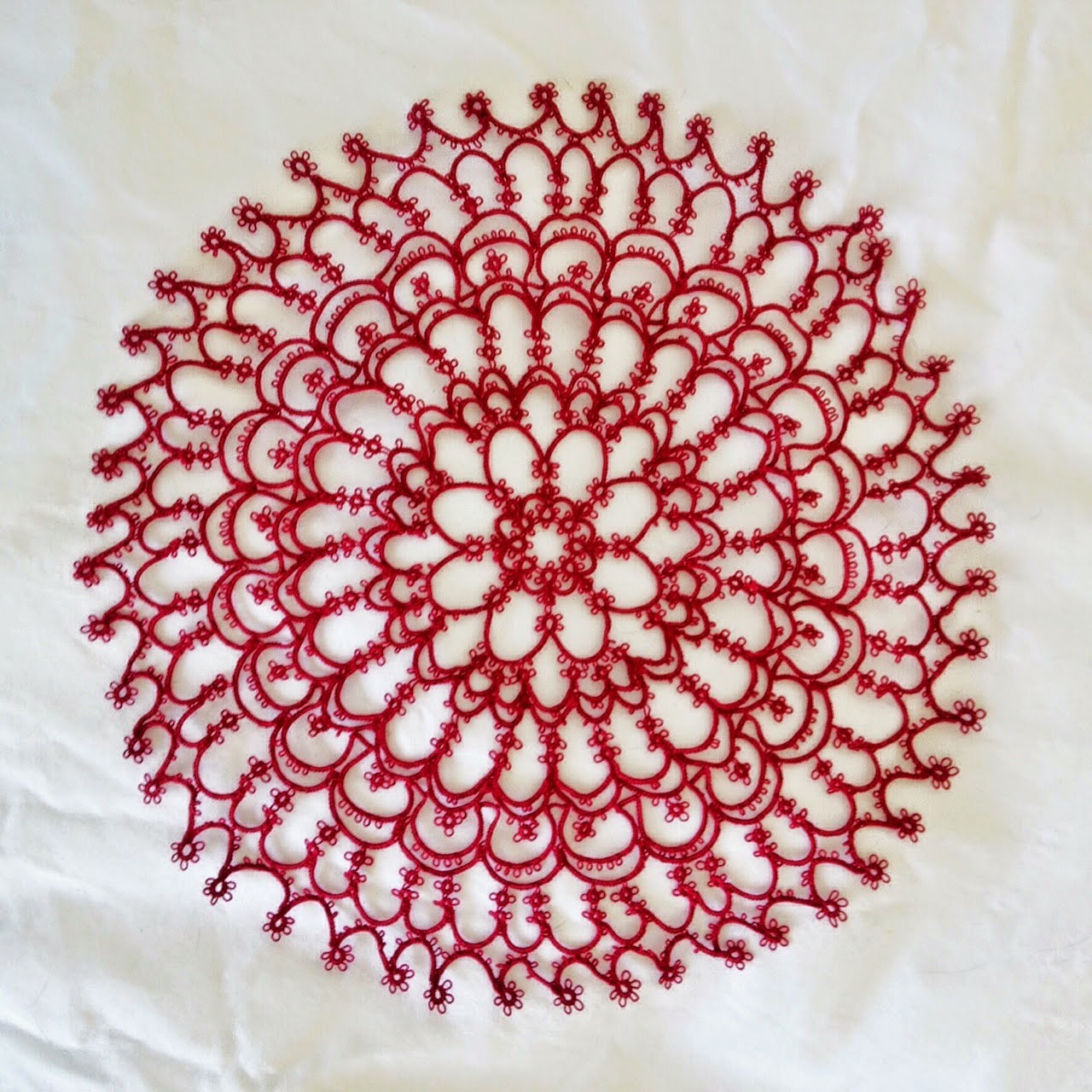 Marie used two strands of silver sewing thread around a blue cats-eye and blue seed beads to make this pendant and earring set. These snowflakes come from Jon Yusoff's, Tatting with Rings although she adjusted the stitch cound to allow for the larger rings used. 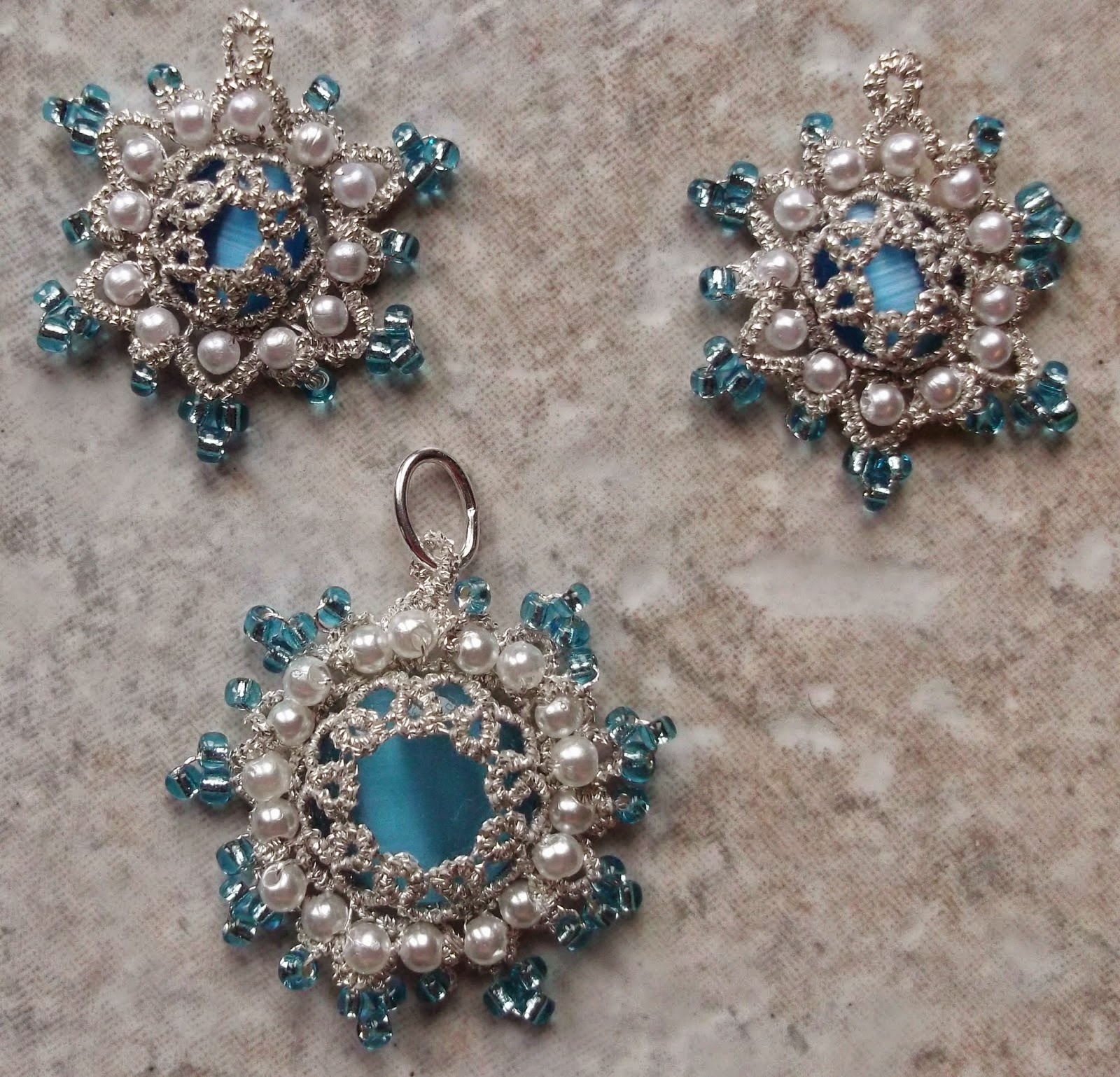 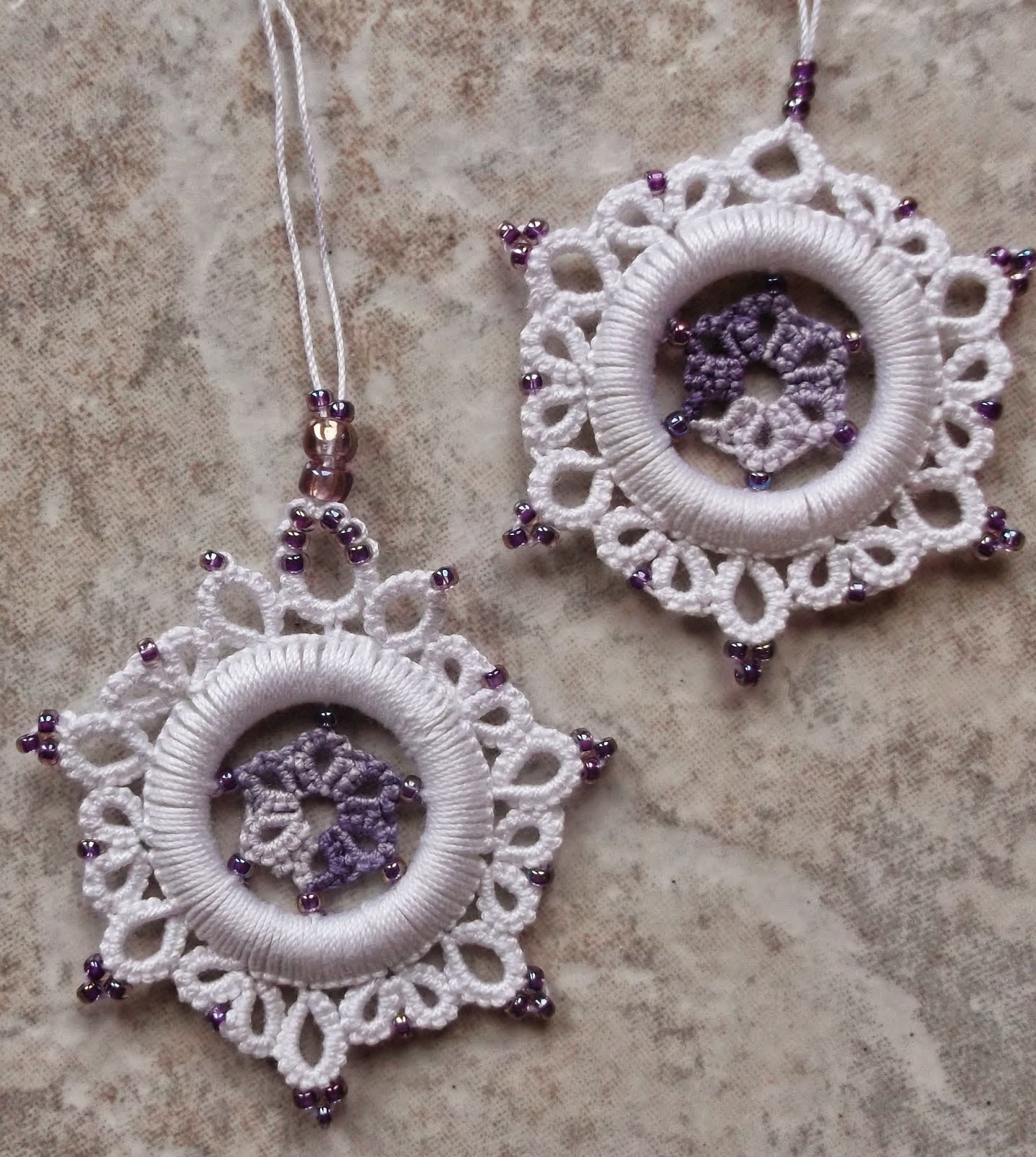 Phyllis has her TIAS through day 9 done in her own Rust HDTand she thinks the bottom looks like goucho pants. 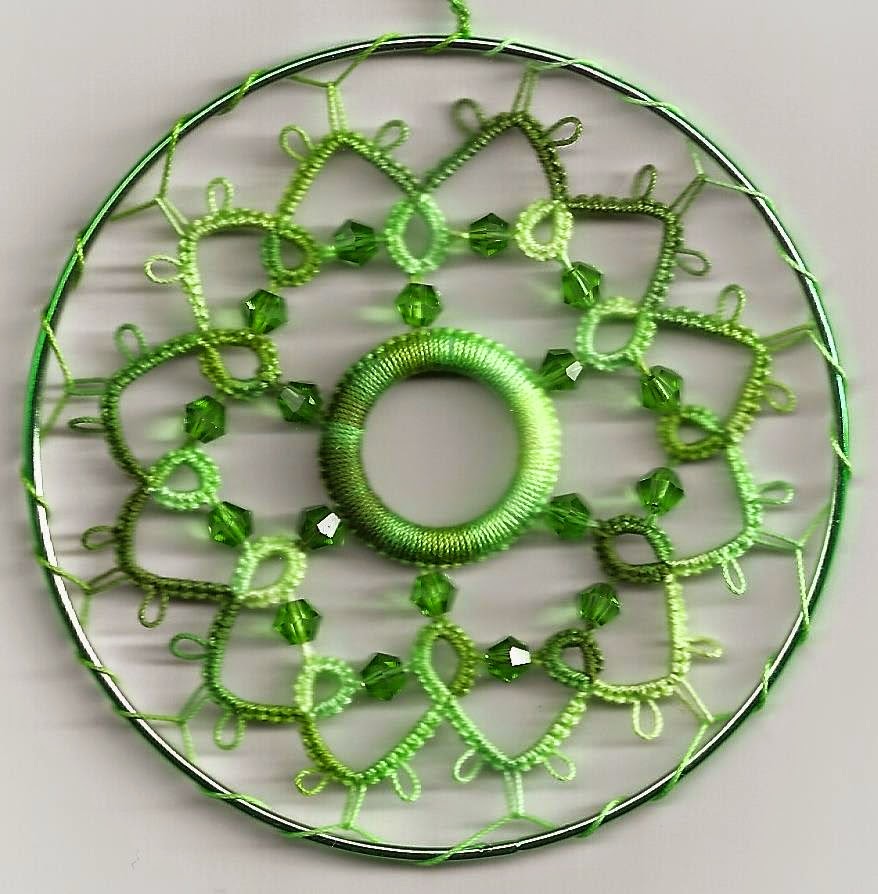 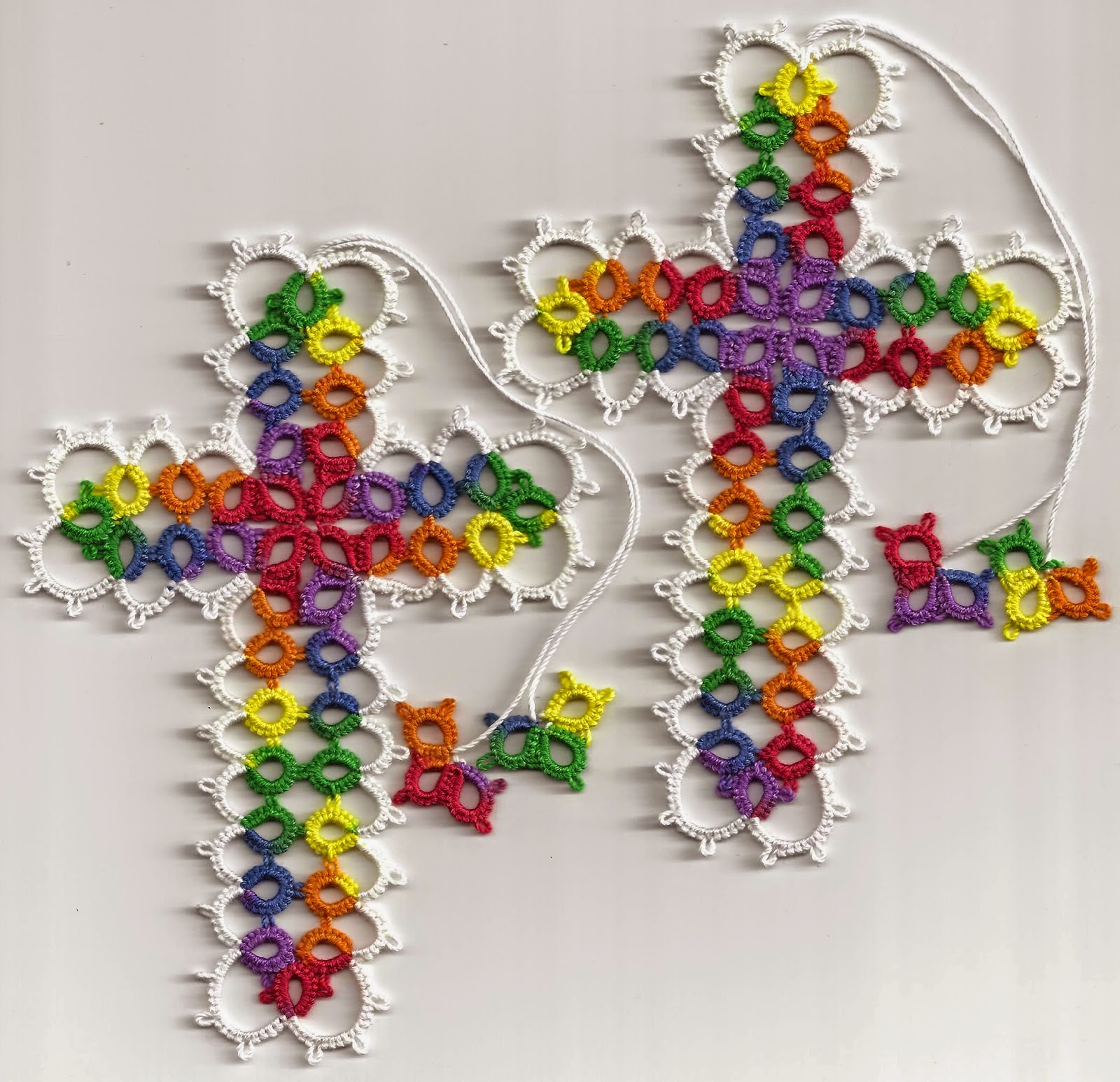 Hello! My name is Suzanne, and I would like to join in on the challenge. :) In January I tatted a cross ornament. The photograph is here: http://strings-light.blogspot.com/2015/02/gifts.html