Sue is pleased to present Al the albino mouse who is obviously made from a bauble. 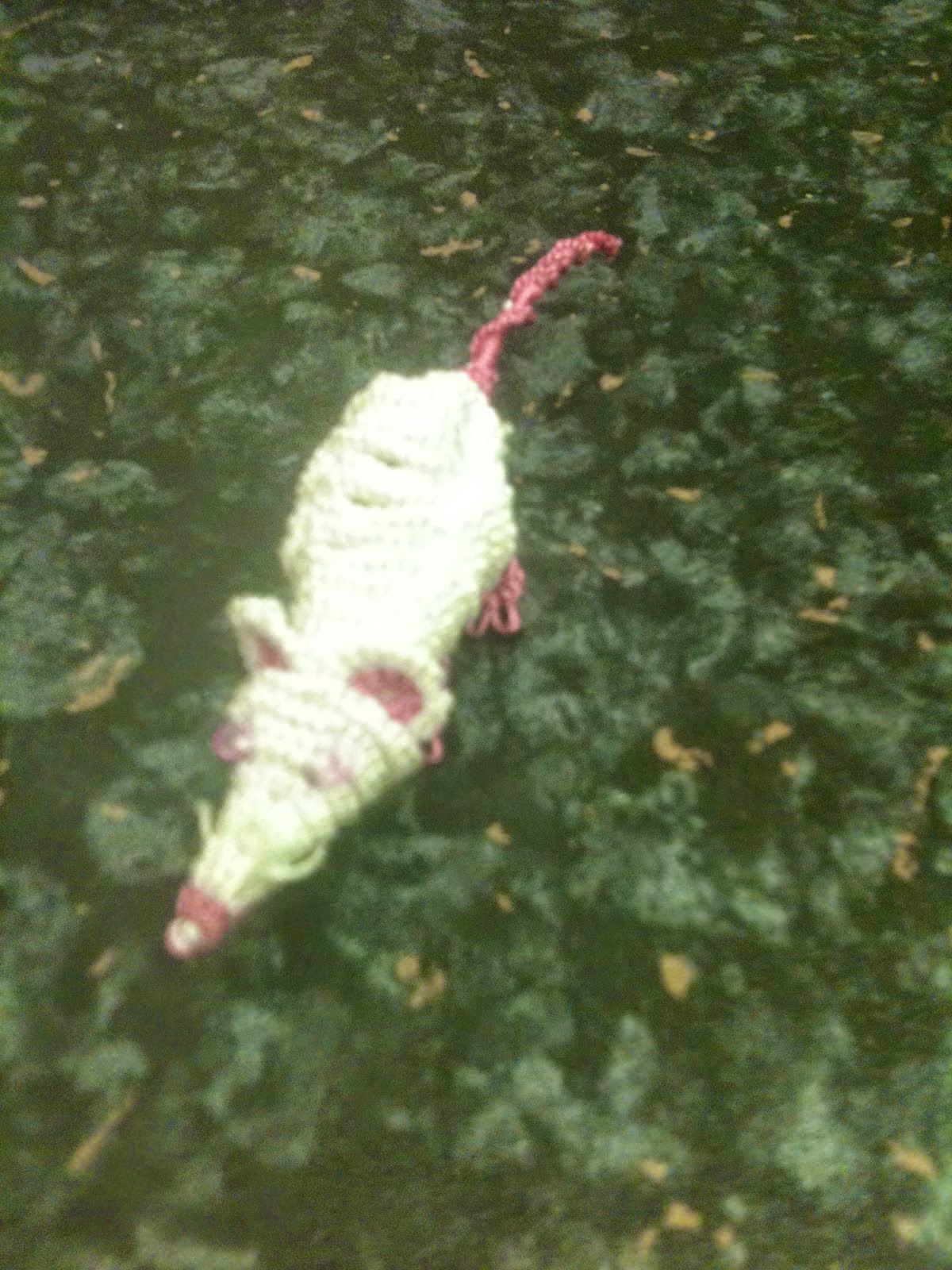 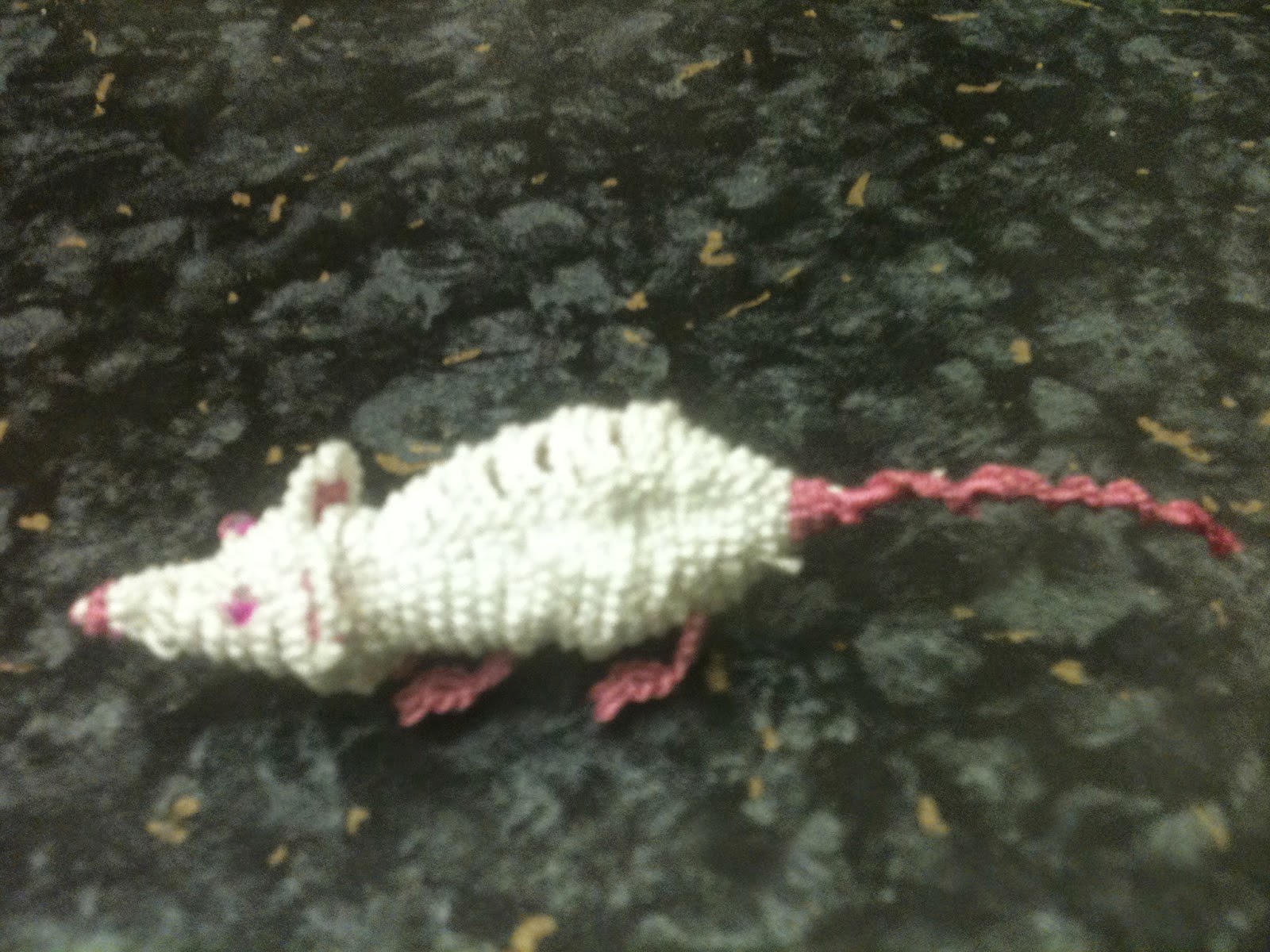 Diane is please to be back to where she was when the mistake on her doily was noted. At this point of the TIAS Diane thinks it looks like needle nose pliers. She's a little bit further along on her doily although she made a mistake again and decided to retro tat instead of cut. 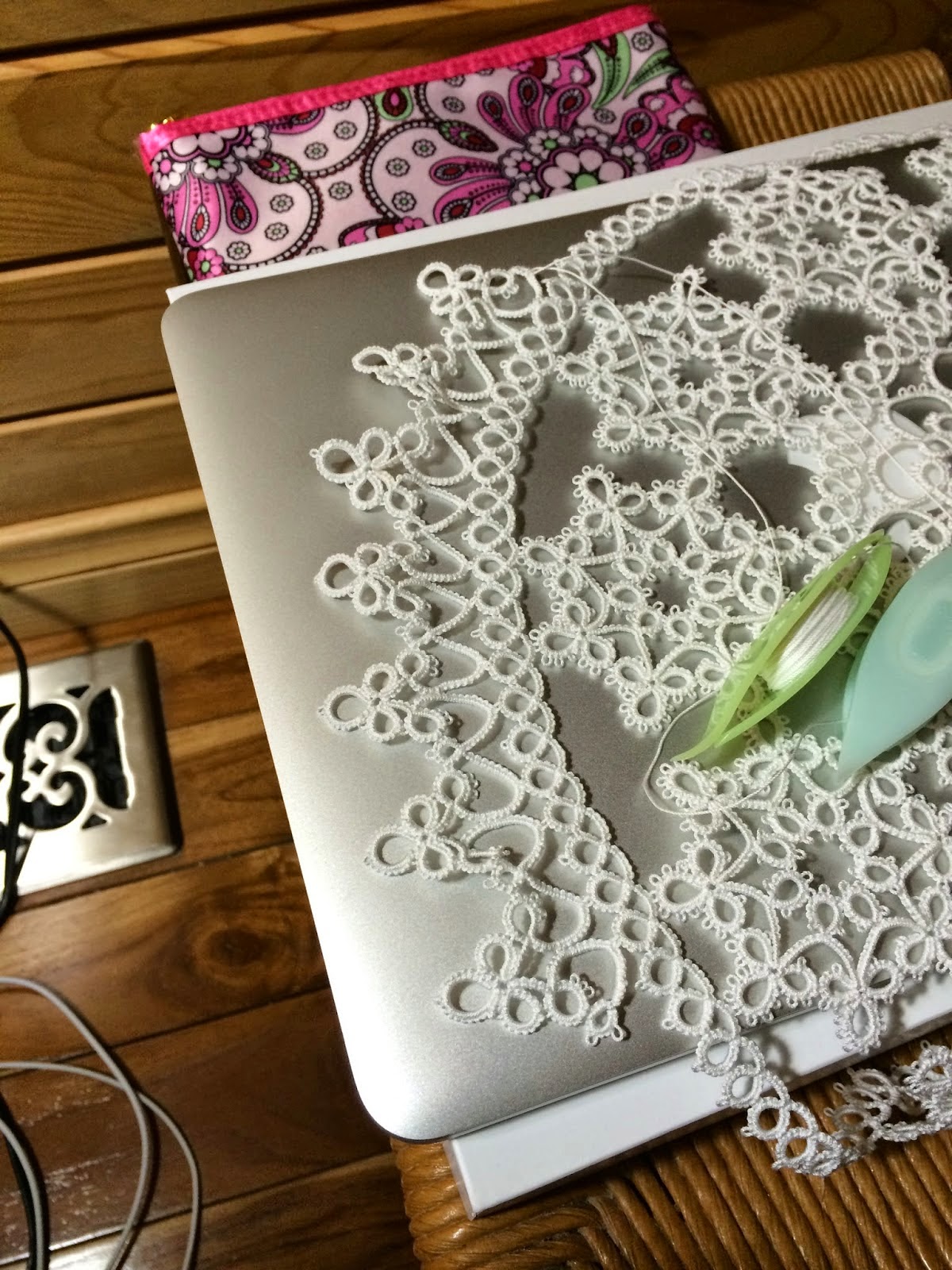 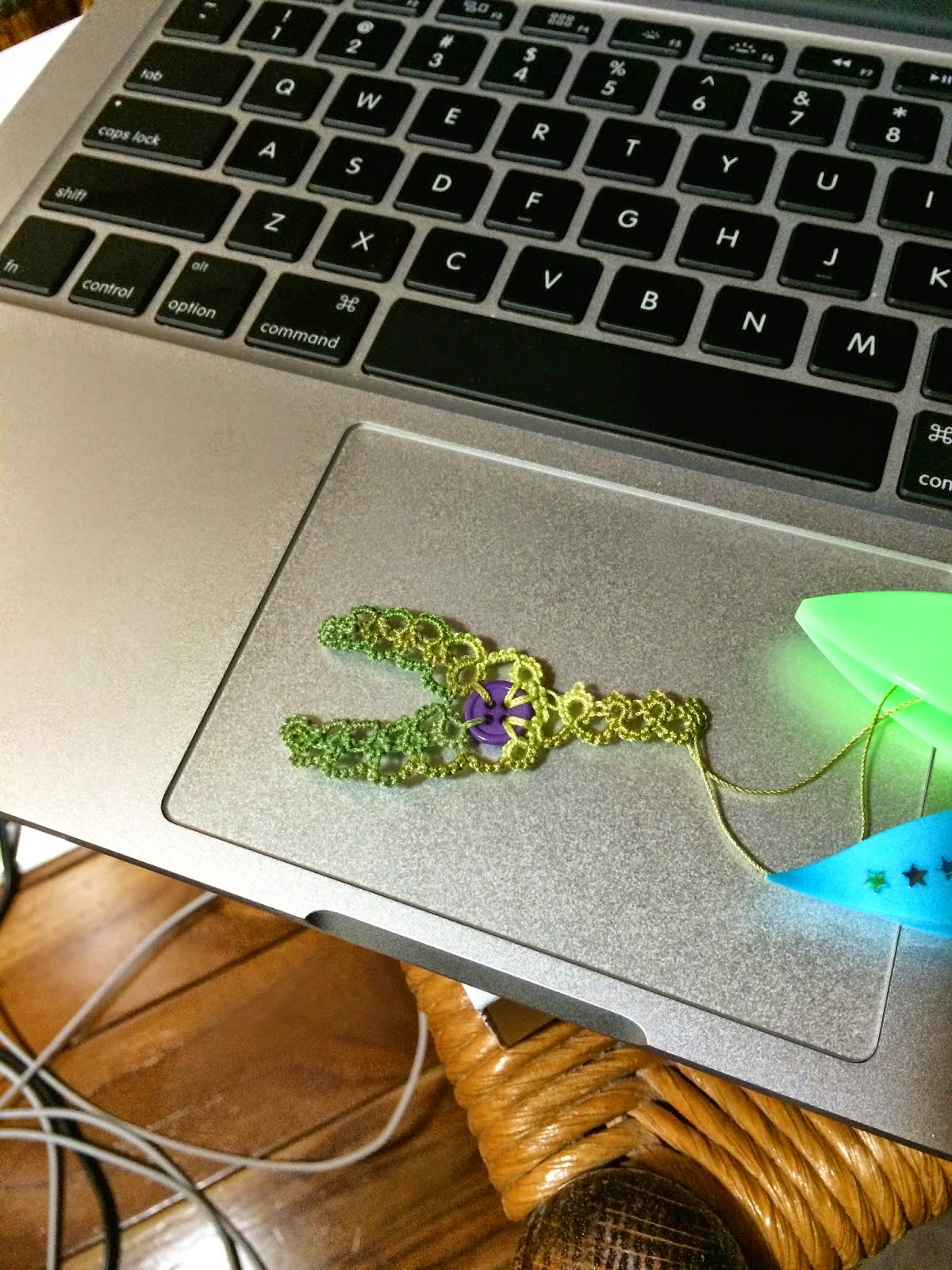 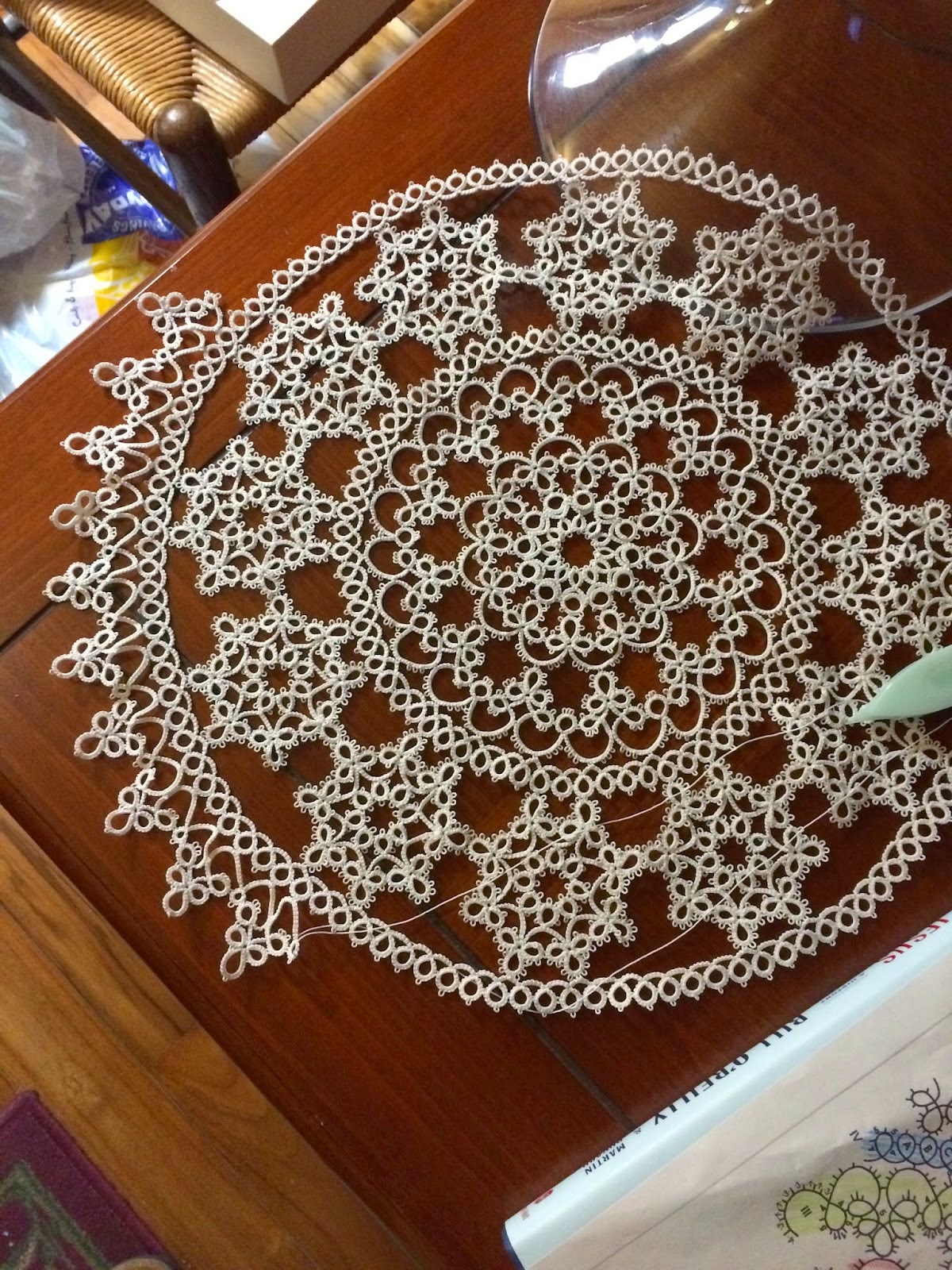 Fox has finished the lovely design by Jan Stawasz done in white, #60 DMC Cordonnet which ended up being 17 inches across and it's already on way to her daughter. She wasn't impressed with the thread and won't be ordering it again. 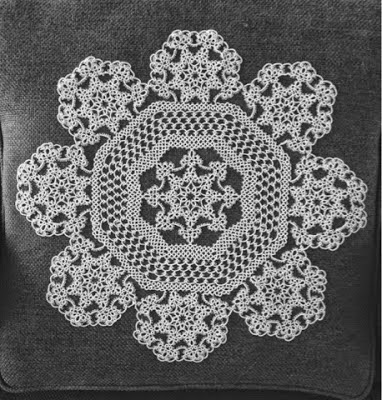 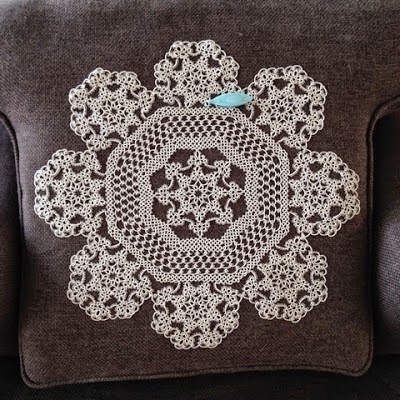 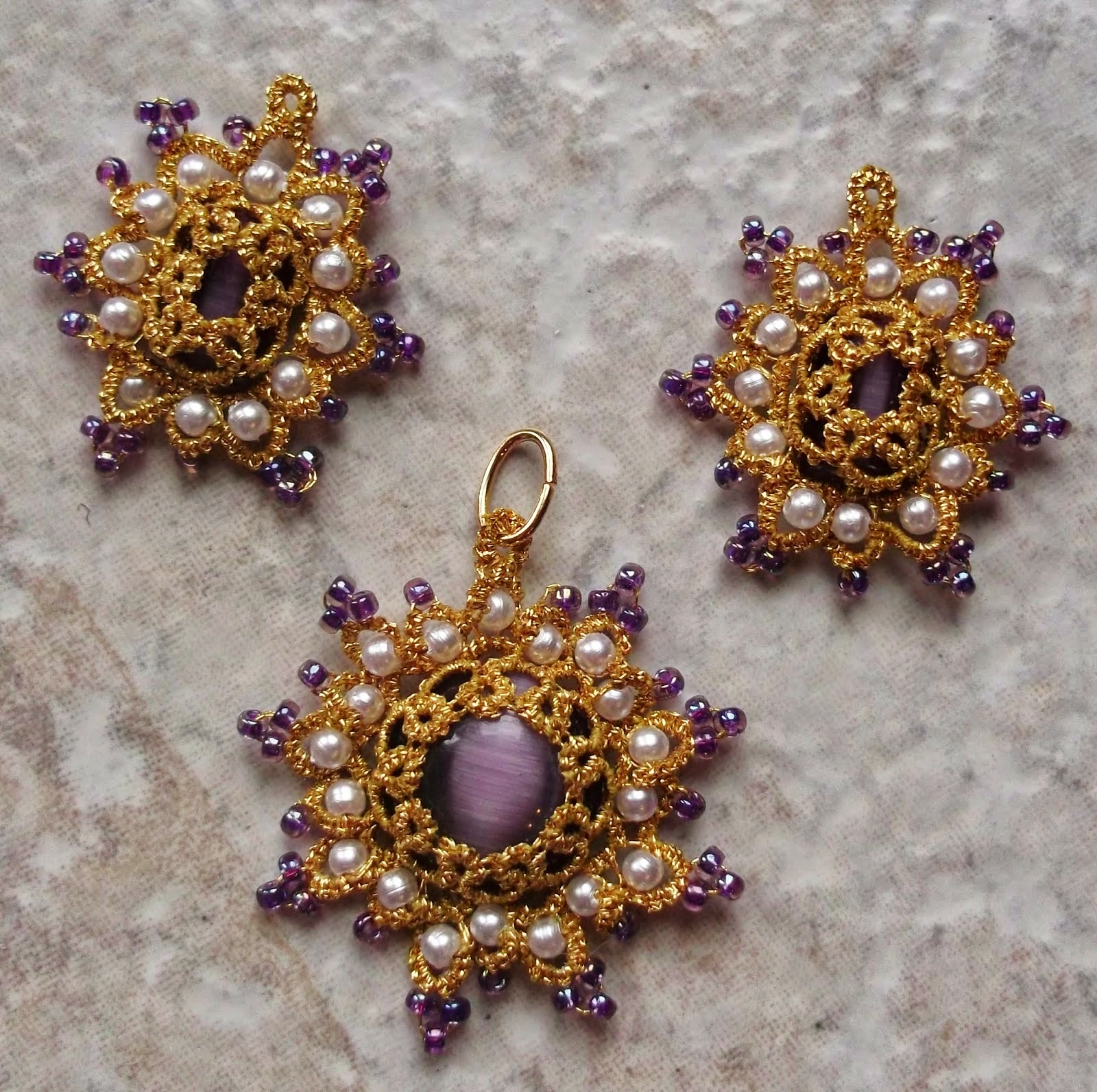 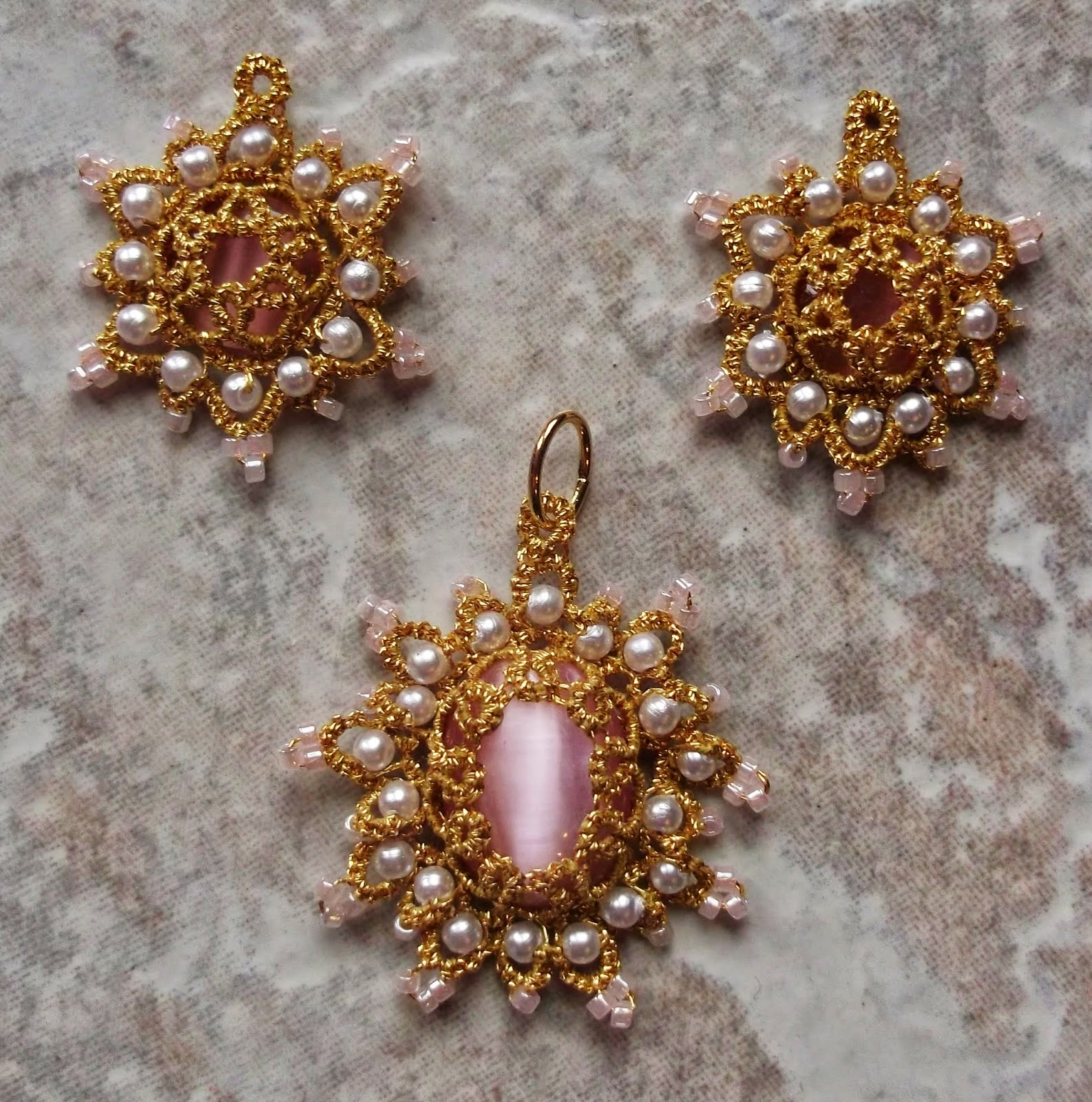 Stephanie has day 8 of TIAS done and still doesn't know what she is tatting, maybe the letter X or a lobster claw, whatever it is she's having fun tatting it. 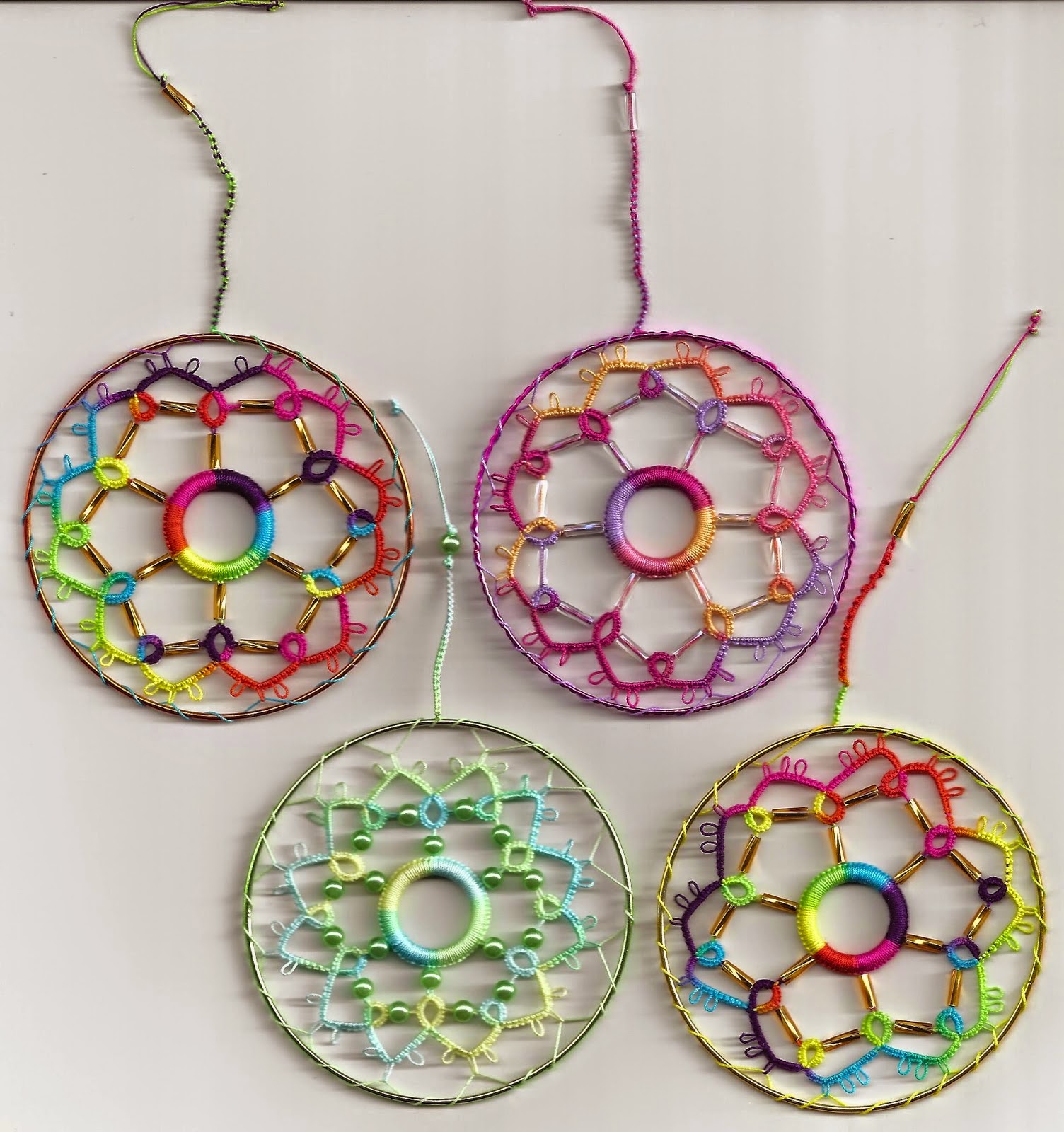 Wanda created these purple earrings for a lady at work who loves purple. She also tatted her Jane's not flying pig, in purple of course. 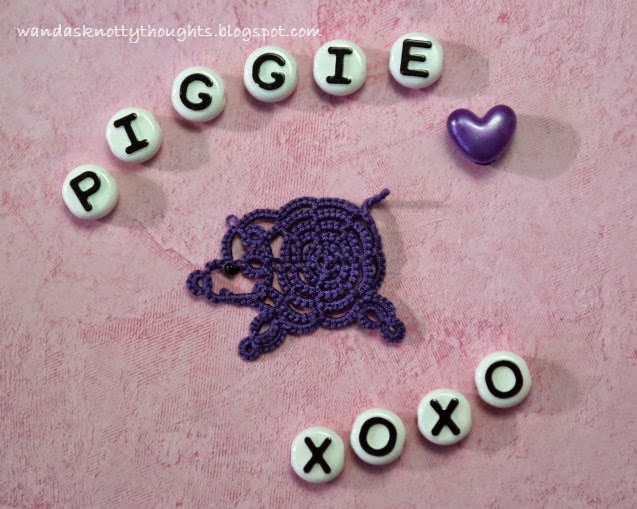