Mary Lena did some of her own hand dyed threads and tried the first of them out on this bookmark using Mary Konior's pattern, Corn and Chaff. 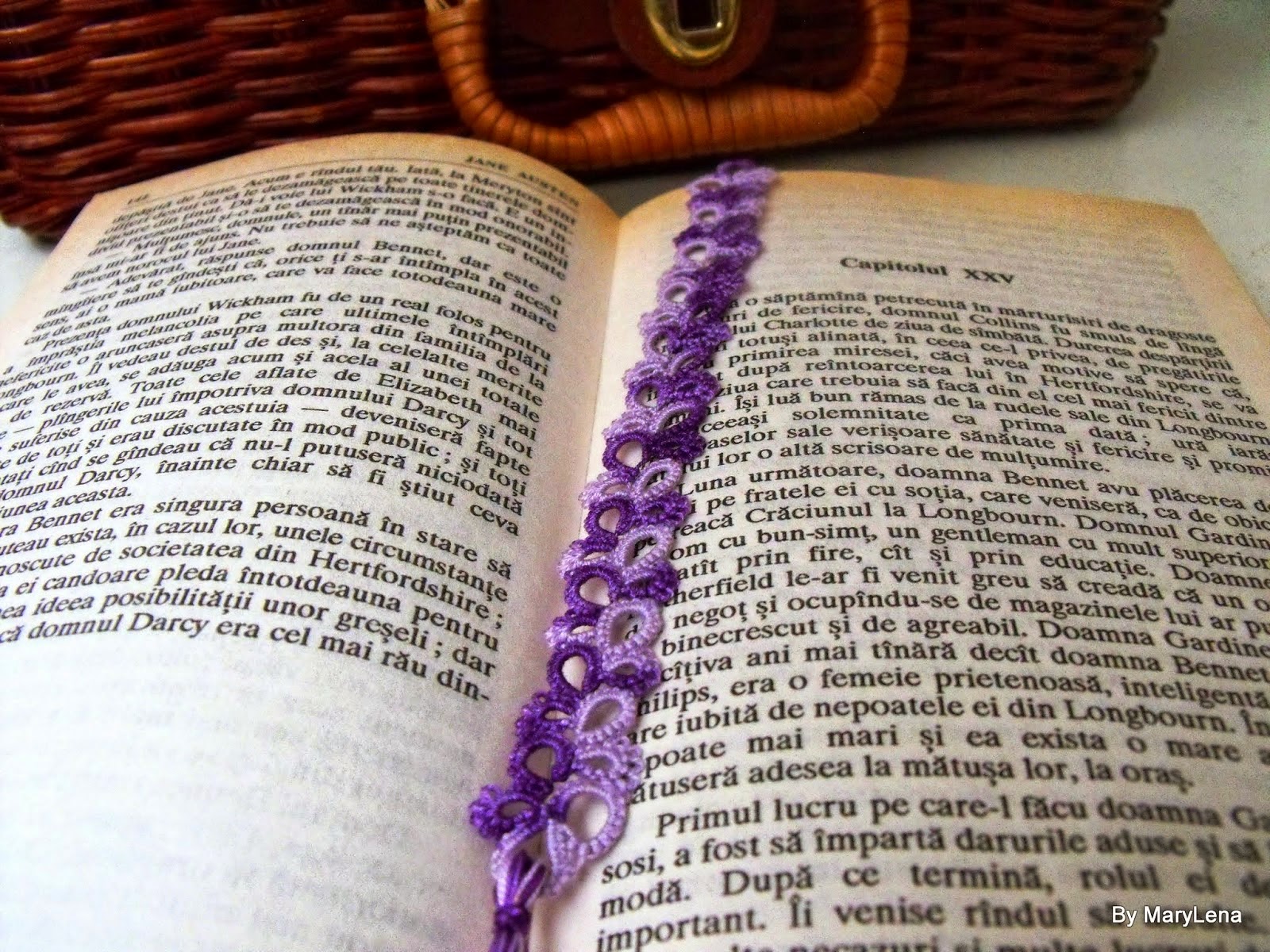 JulieP continues with Jane Eborall's TIAS. I wonder what this one will be? 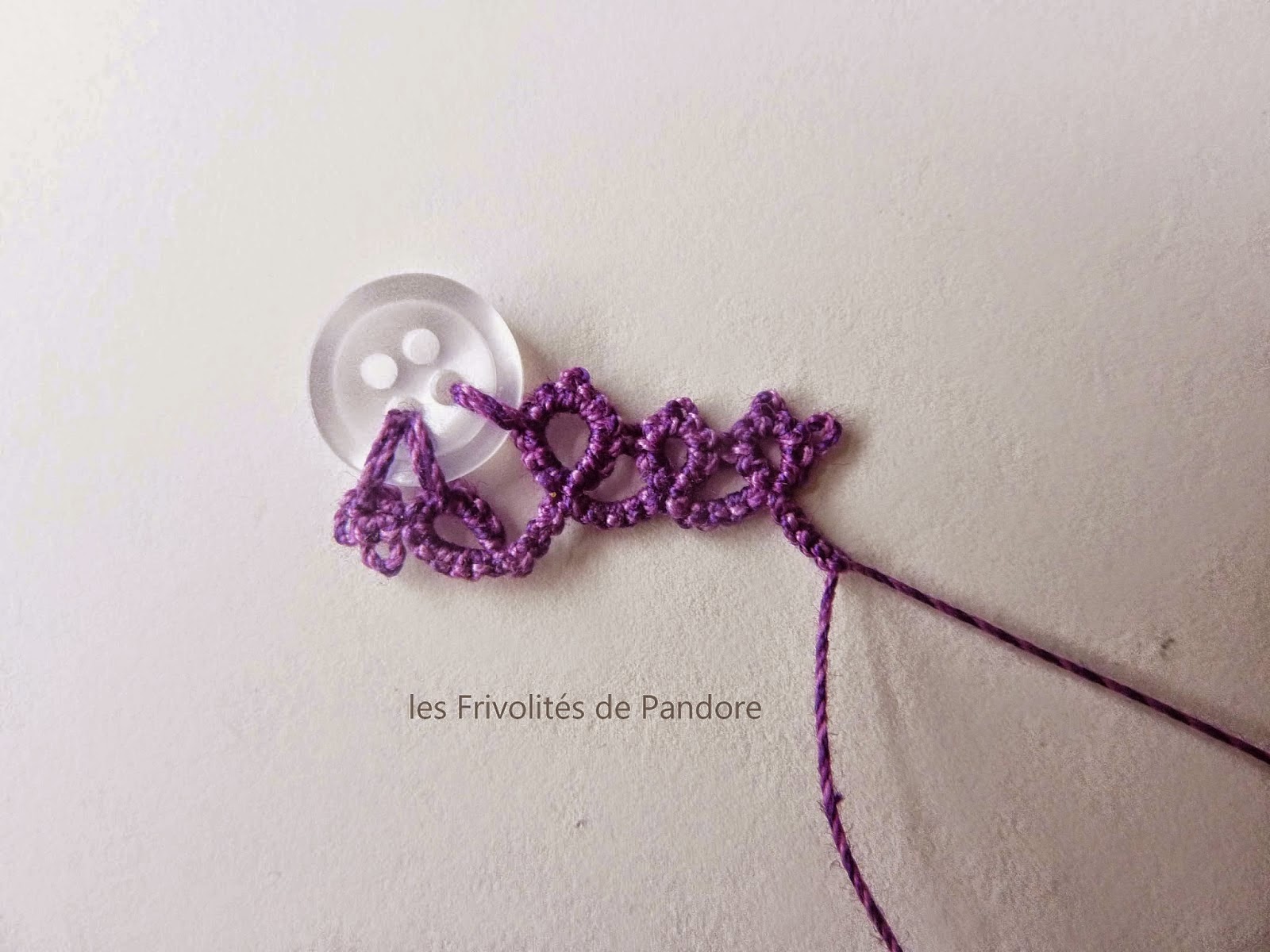 Stephanie did a lot of tatting to give away and consequently only has a few remaining to show. She tatted four Christmas trees using Beady Little Christmas Tree pattern by Erin Holloway-Moseley to finish her challenge. That was so much fun she started another one right away. Celtic Christmas motif, designed by Linda S. Davies which she did in a variety of colours. Sydney Snowflake by Wanda Salmans was supposed to be worked around a six sided finding, but hers had 12 sides and needed some modification. A traditional wheel medallion with and added outer round of chain, fit neatly into a bangle for a delightful ornament. This last bit is, of course, the beginning of her TIAS. 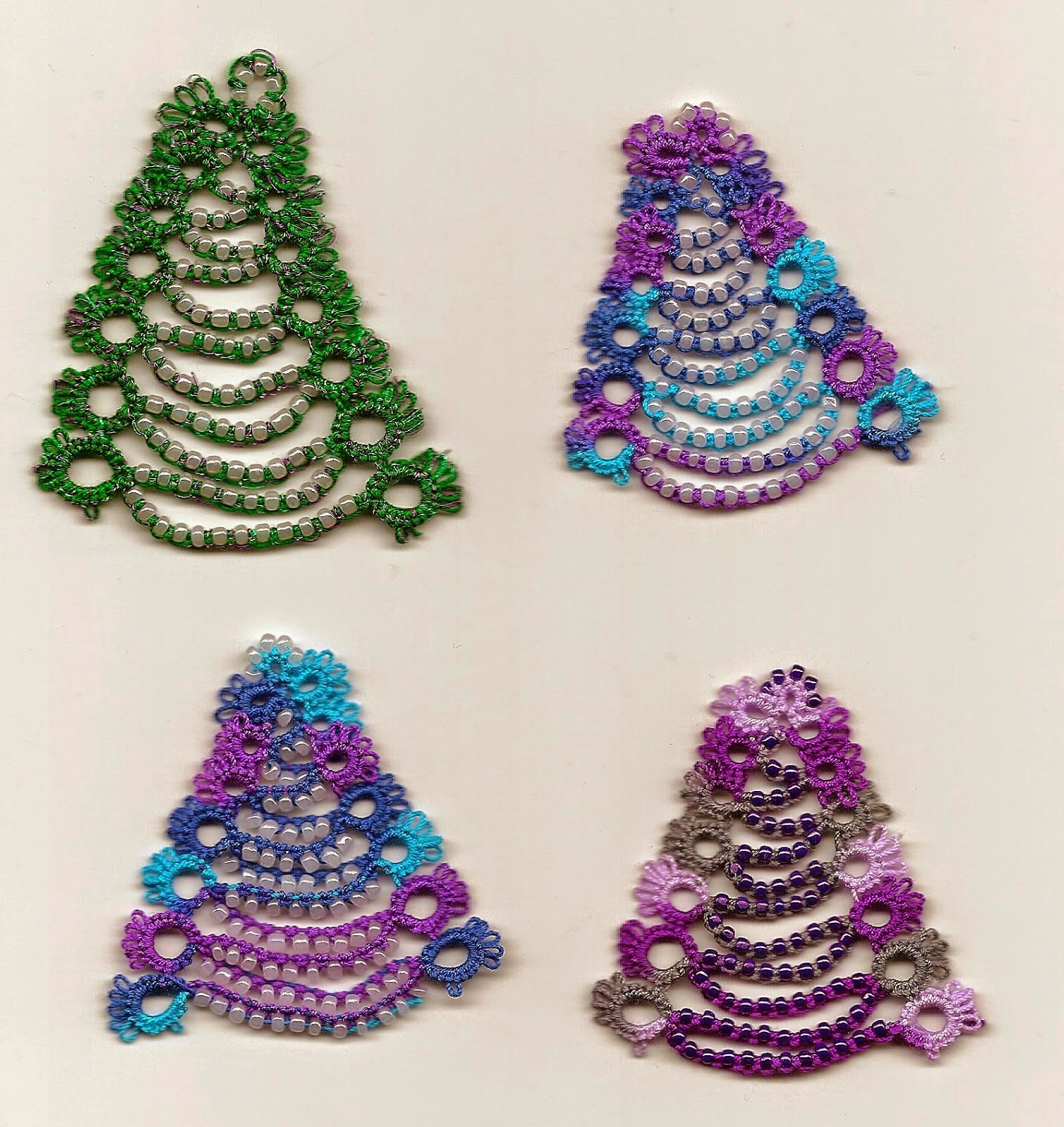 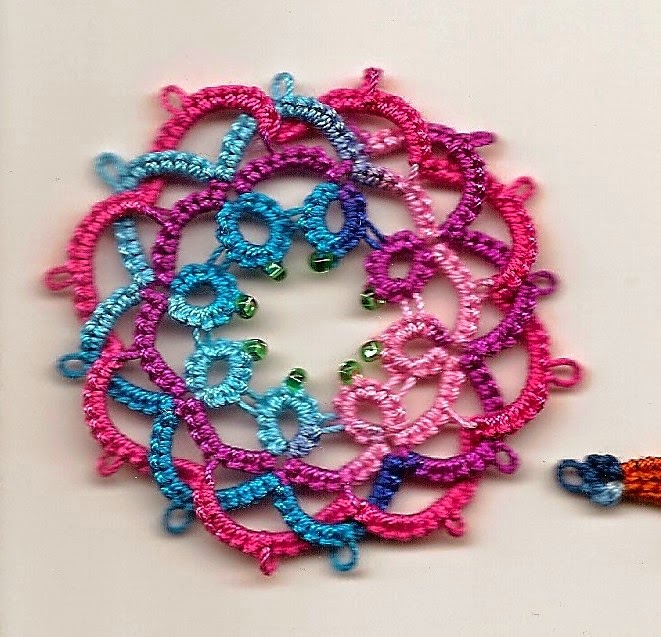 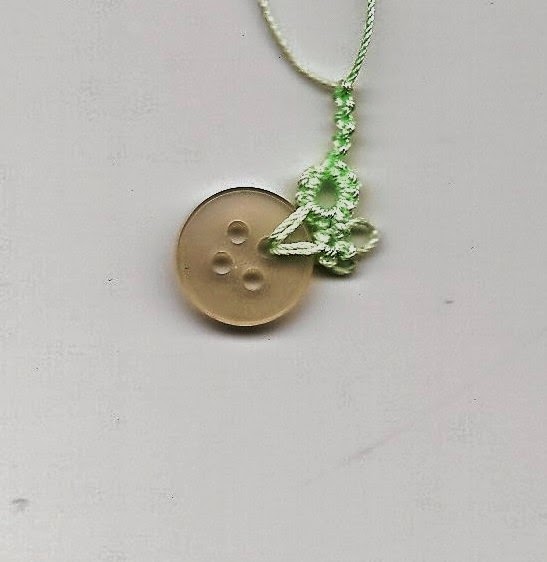 Sue picked up some lovely thread colours and only realized after ward that they were size 40, but undaunted, she wound them up and made herself some earrings in spring colours using a favourite diamond motif with a hanging dagger bead to finish it off. Then she made another set, just to use up the thread on her shuttles. Her TIAS is coming along and today she thinks it's a frying pan. 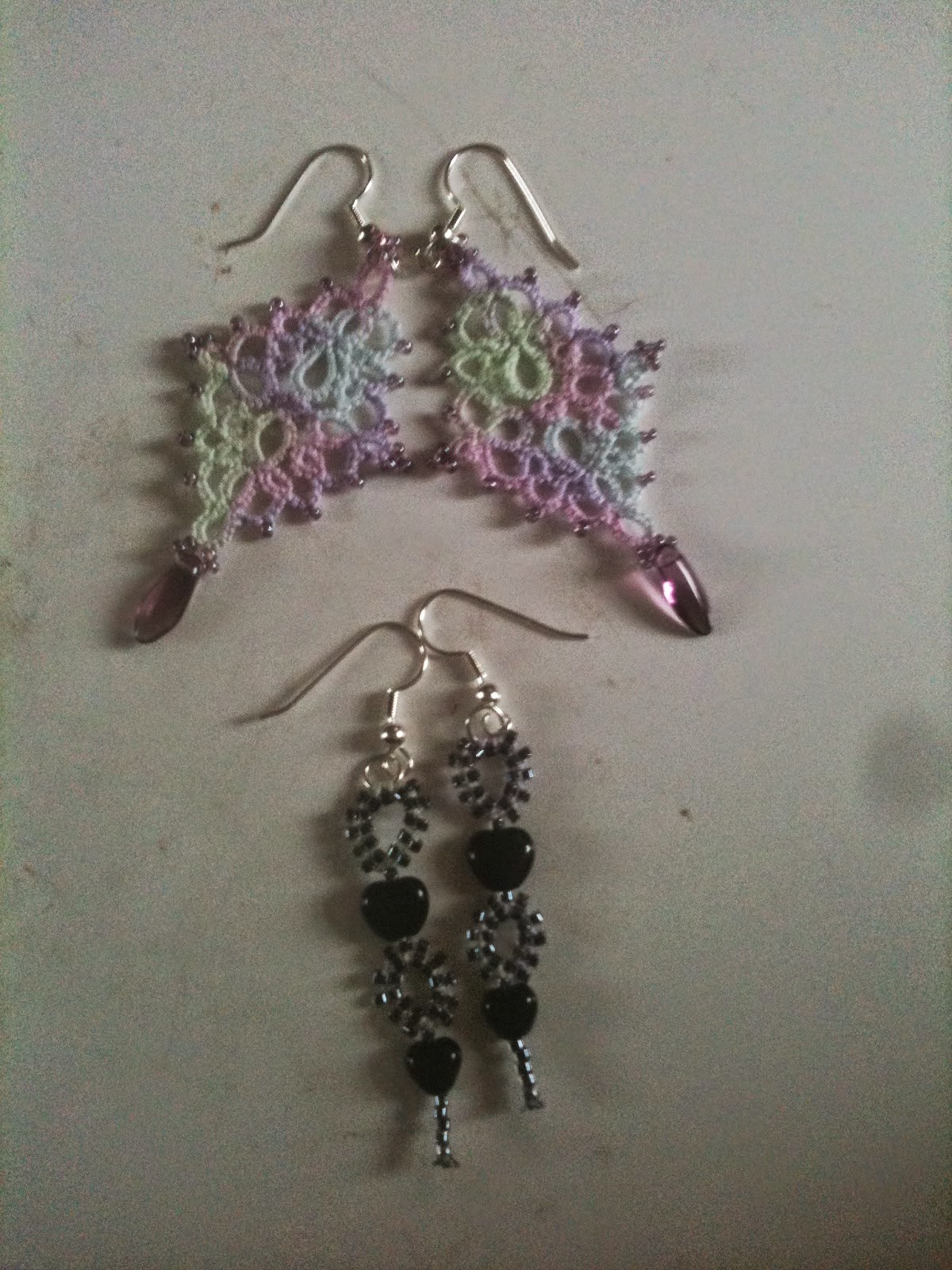 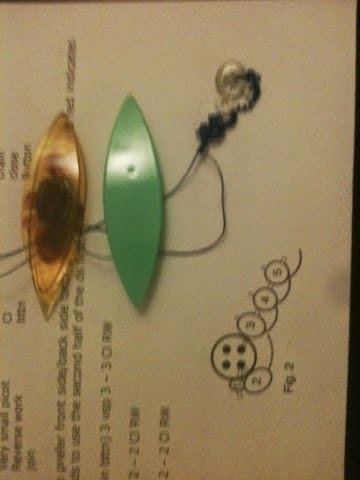 Linda is working Day 2 of TIAS and he colour for this one is size 20 Blue Ice #163. The tatting and bag are a gift from her friend Maria. 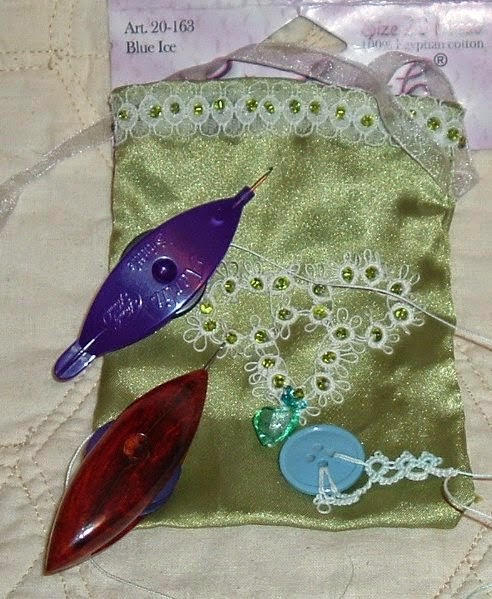 Claire has found that the TIAS has introduced her to two new things, tatting around a button and tatting with a lock chain. She's using  Lizbeth in size 20, Autumn Apple Pie. 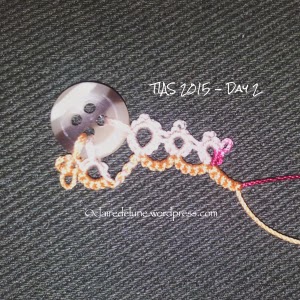 Diane started round 5, had a few glitches and started again. The motif started out all right, but a couple of extra stitches and a picot required scissors to fix it. Finally a motif done and attached. Here's another motif and the pattern finally memorized. TIAS with simple rings and chains. Two more motifs done. Five motifs added to the doily. 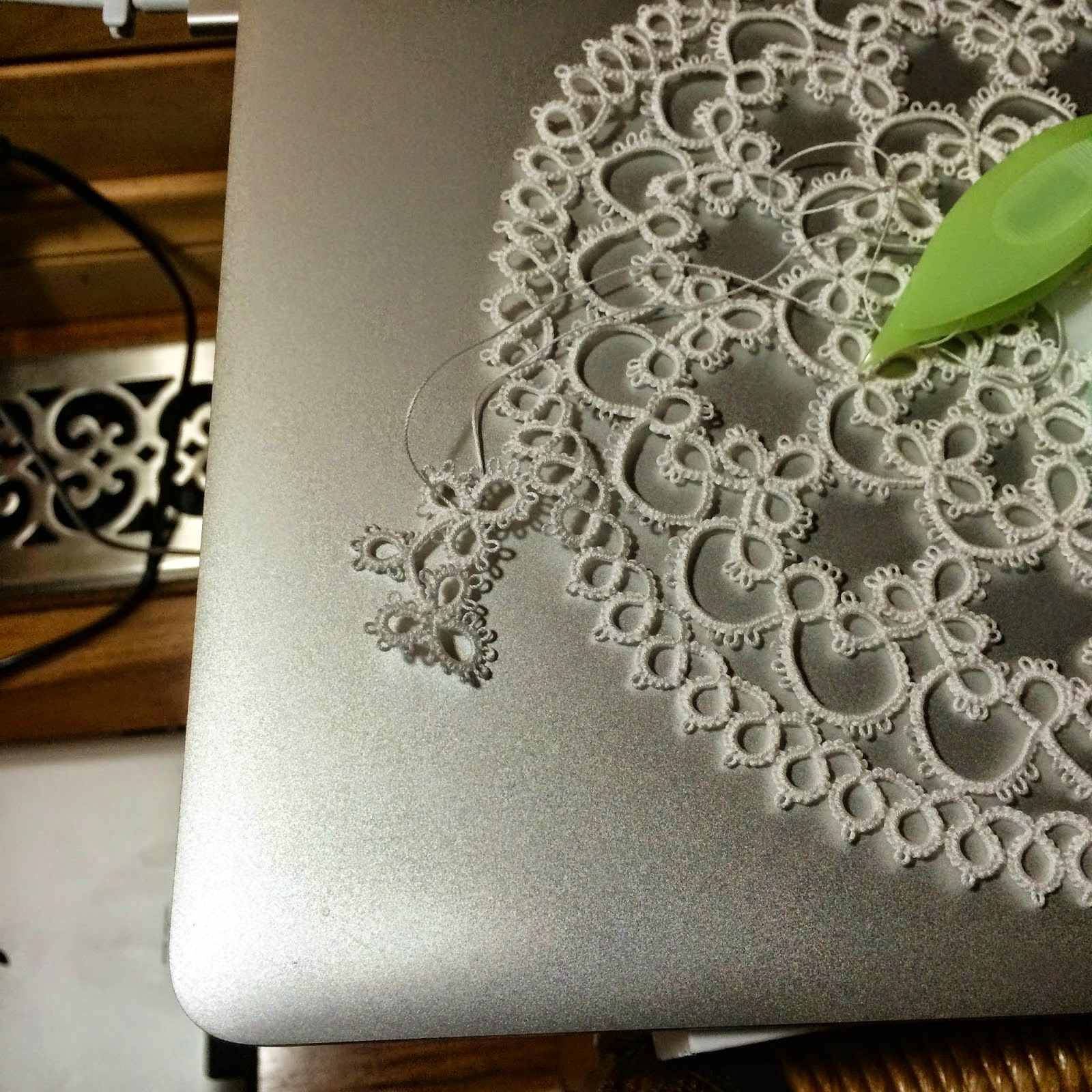 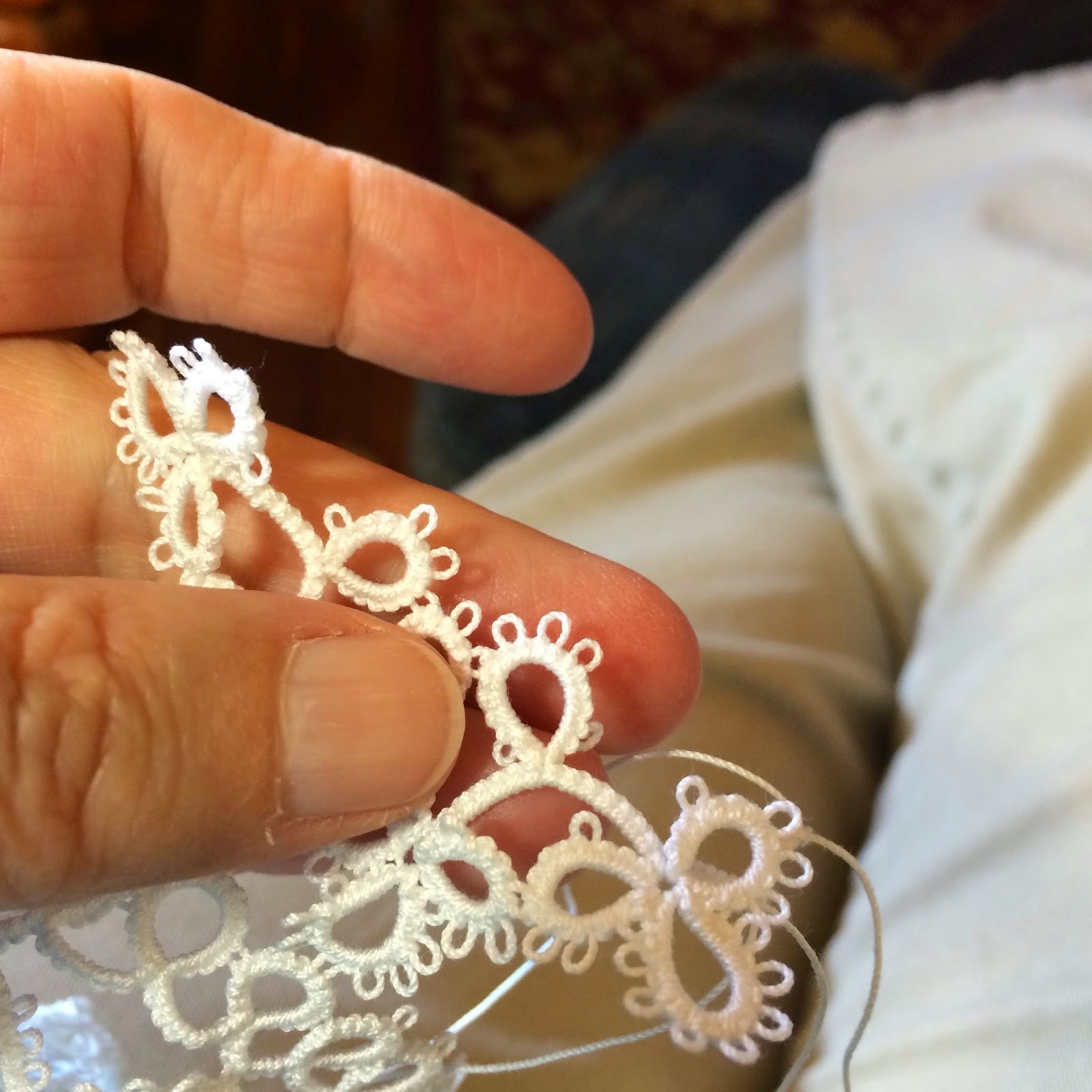 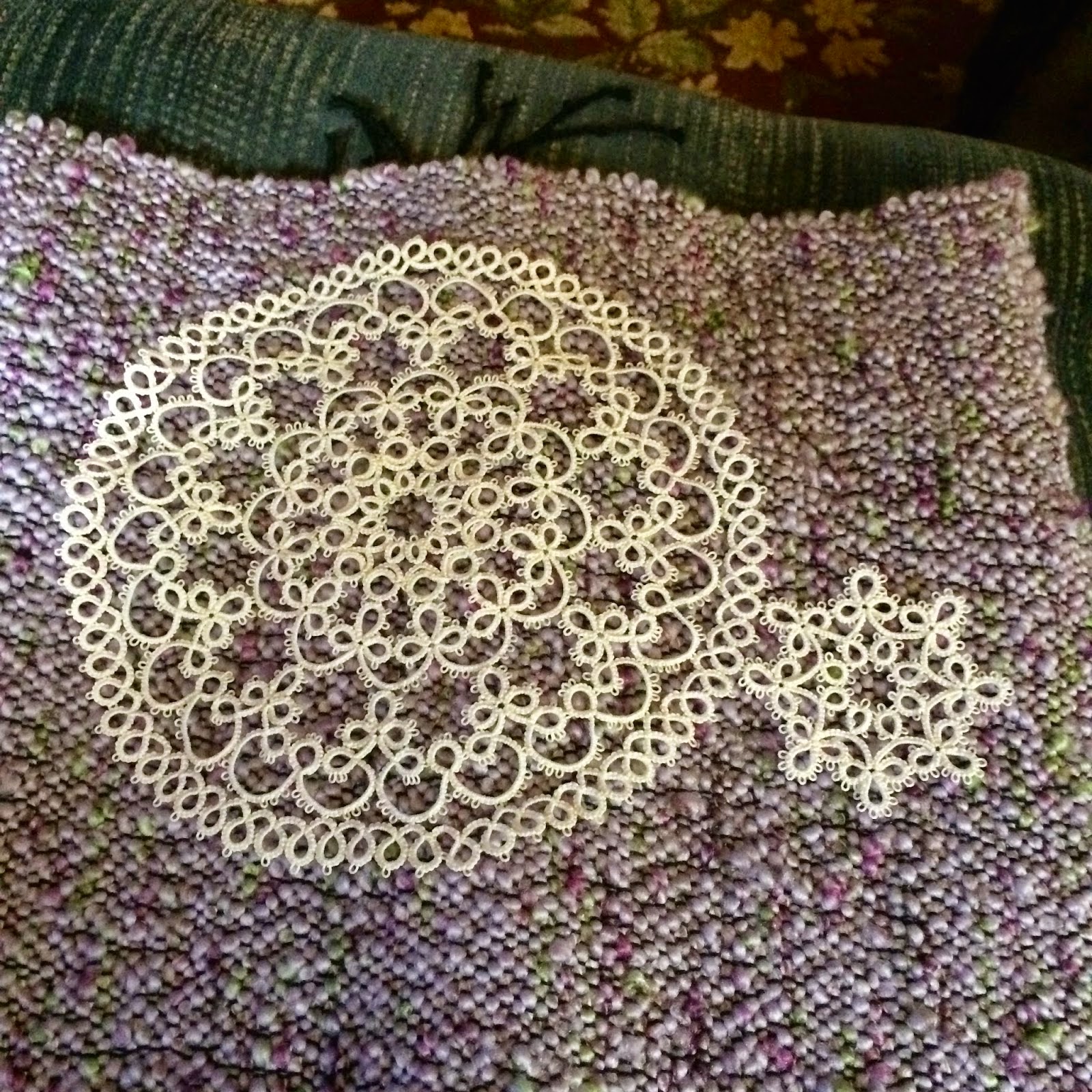 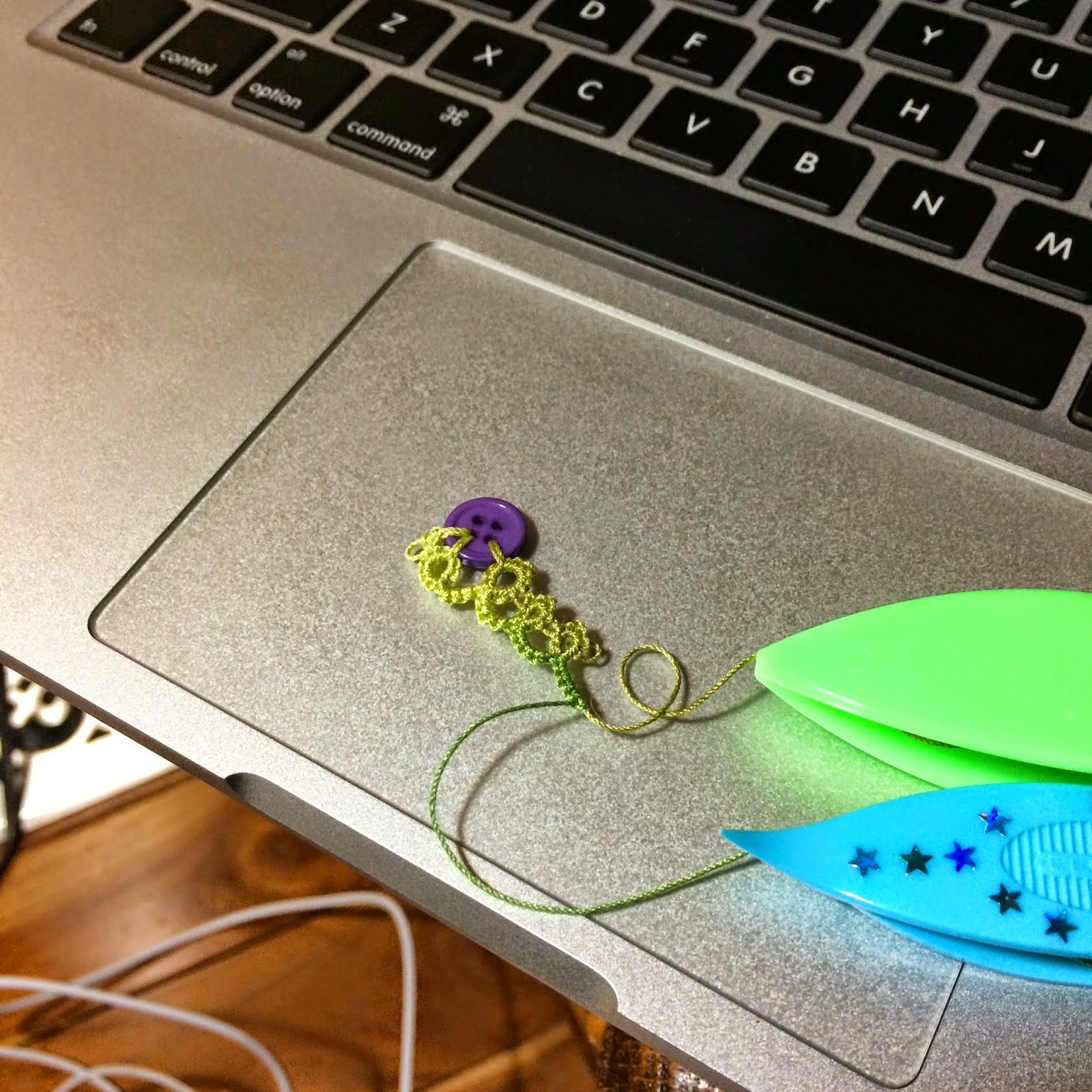 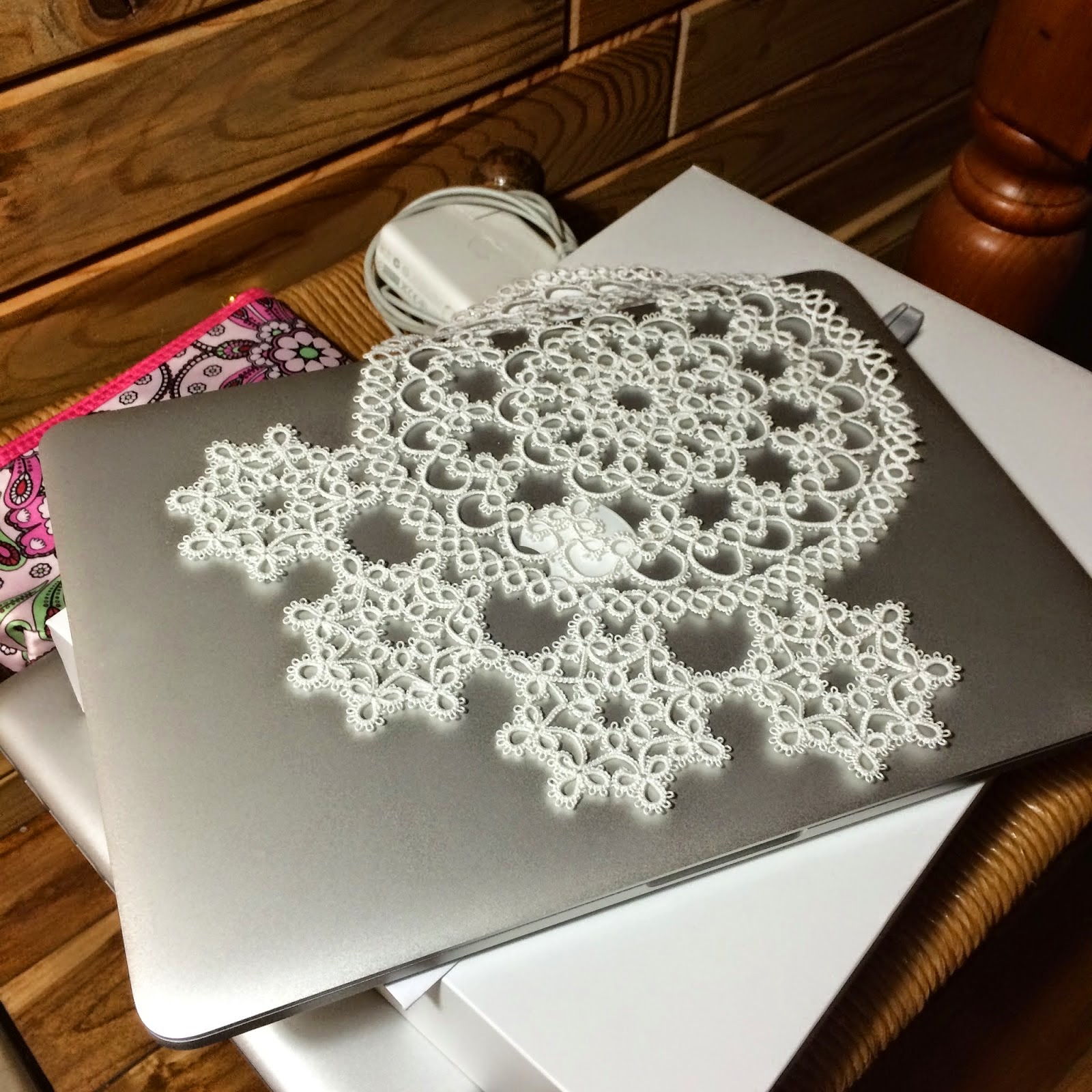 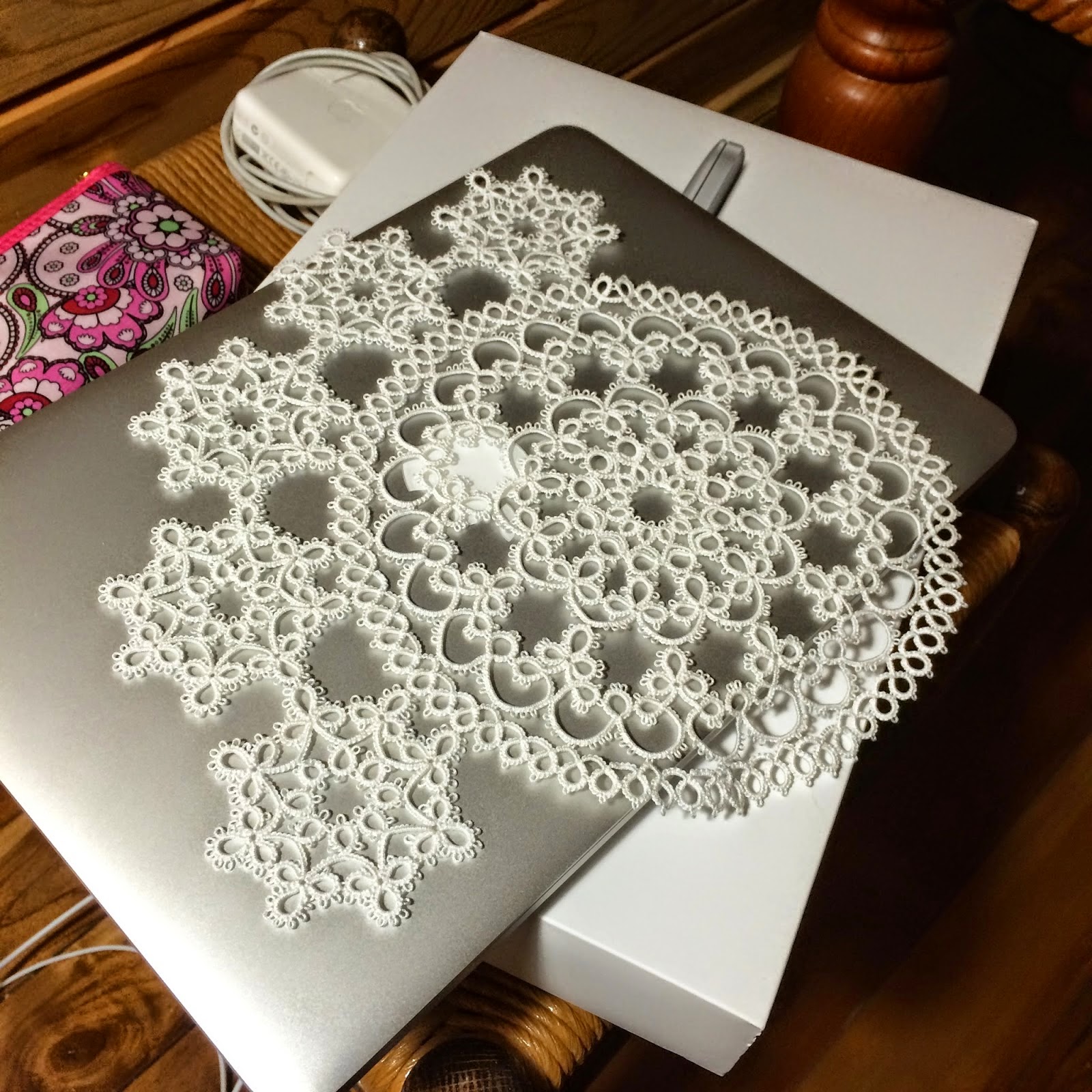 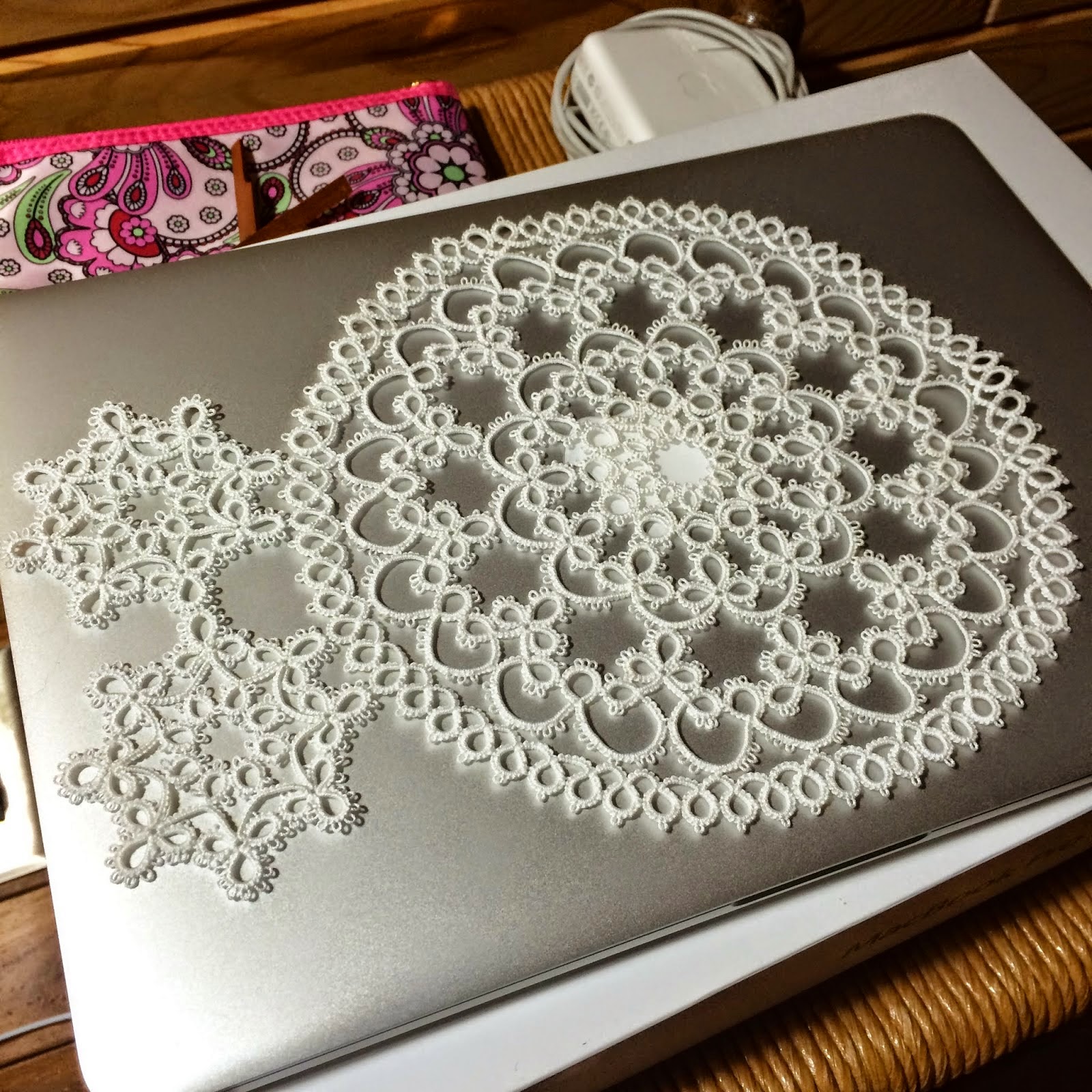 Fox is finding this doily repetitive so consequently her attention wanders and 7 more motifs means lots of opportunity for random tatting to intrude. She had to cut the centre motif out after she attached it before adding a picot and had to snip, snip, snip, unfortunately she snipped the wrong picot. Her tatting for the next while is going to be lots of more of the same as she works on these two doilies. 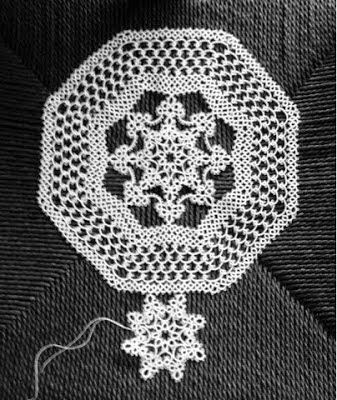 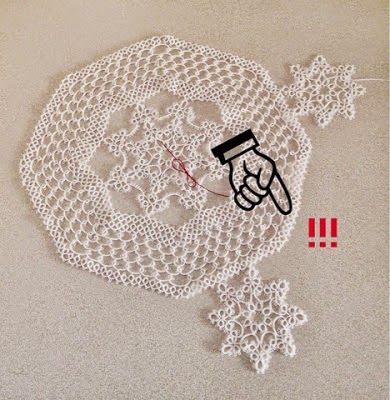 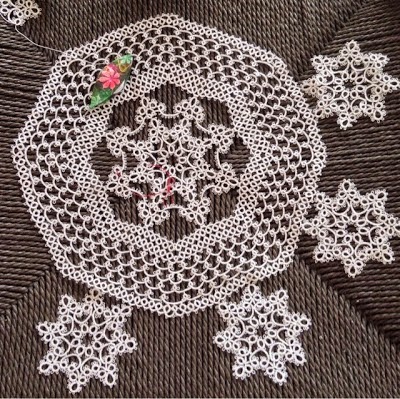 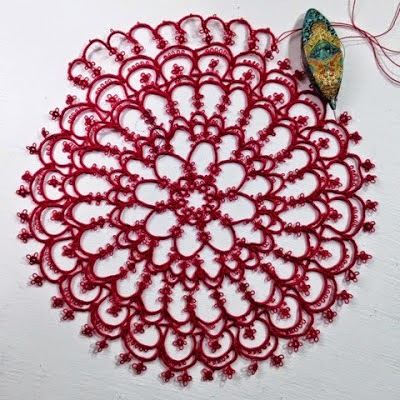 Kristen is playing nurse to several family members who are suffering from Influenza A, the stomach flu, sinus infections, and a sprained shoulder. Jane's TIAS is letting her get her tatting fix in a small but interesting doses. 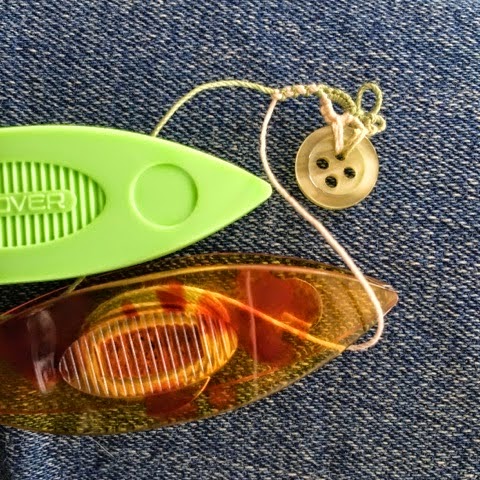 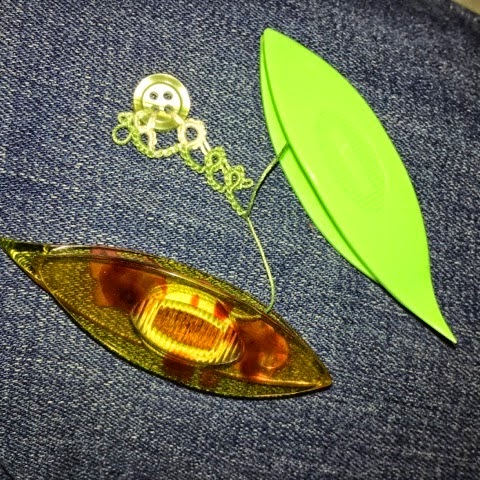 Marie's other favourite cross pattern is Wendy Durell's, Split Ring Cross which looks different depending on where the colour is placed. 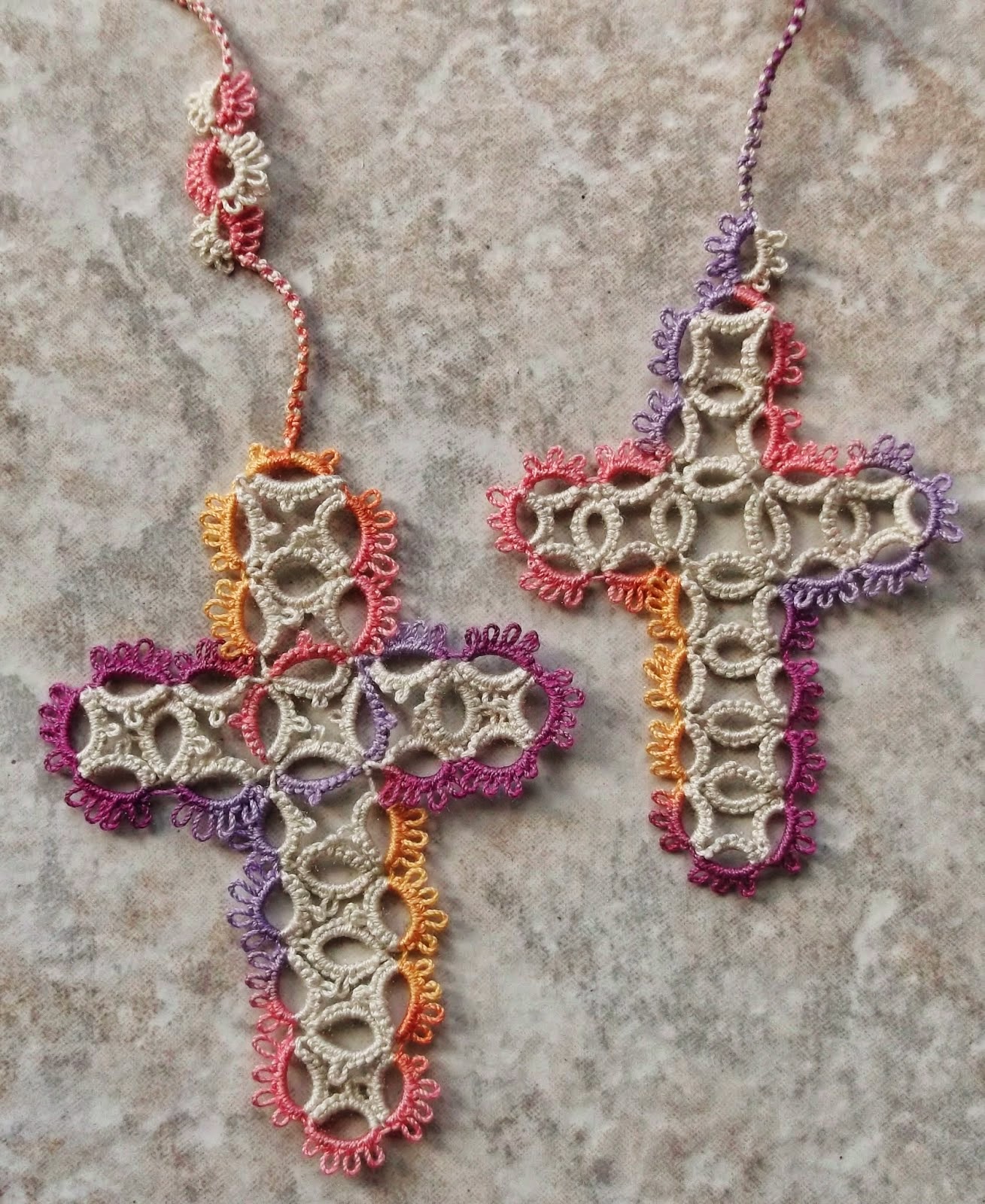 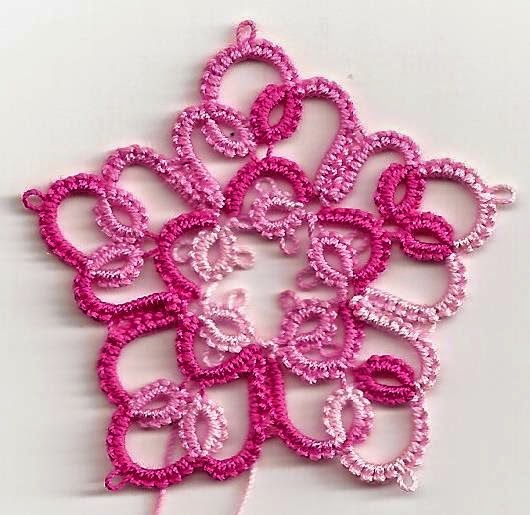 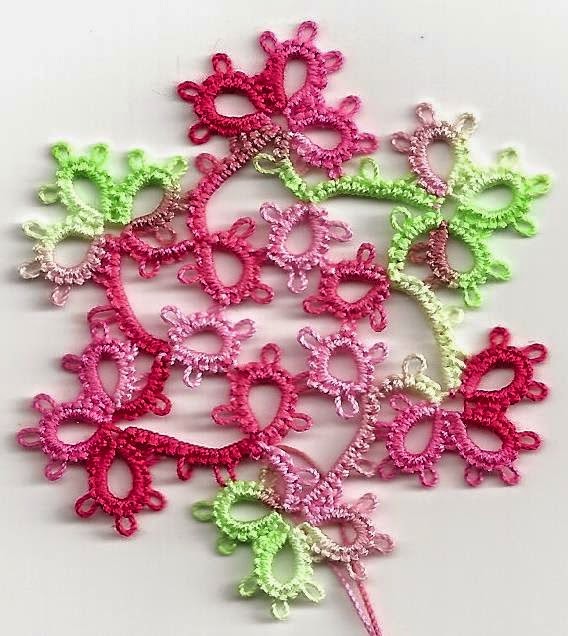