JulieP at Day 8 of TIAS thinks this might be a bunny, but there is still more to come. 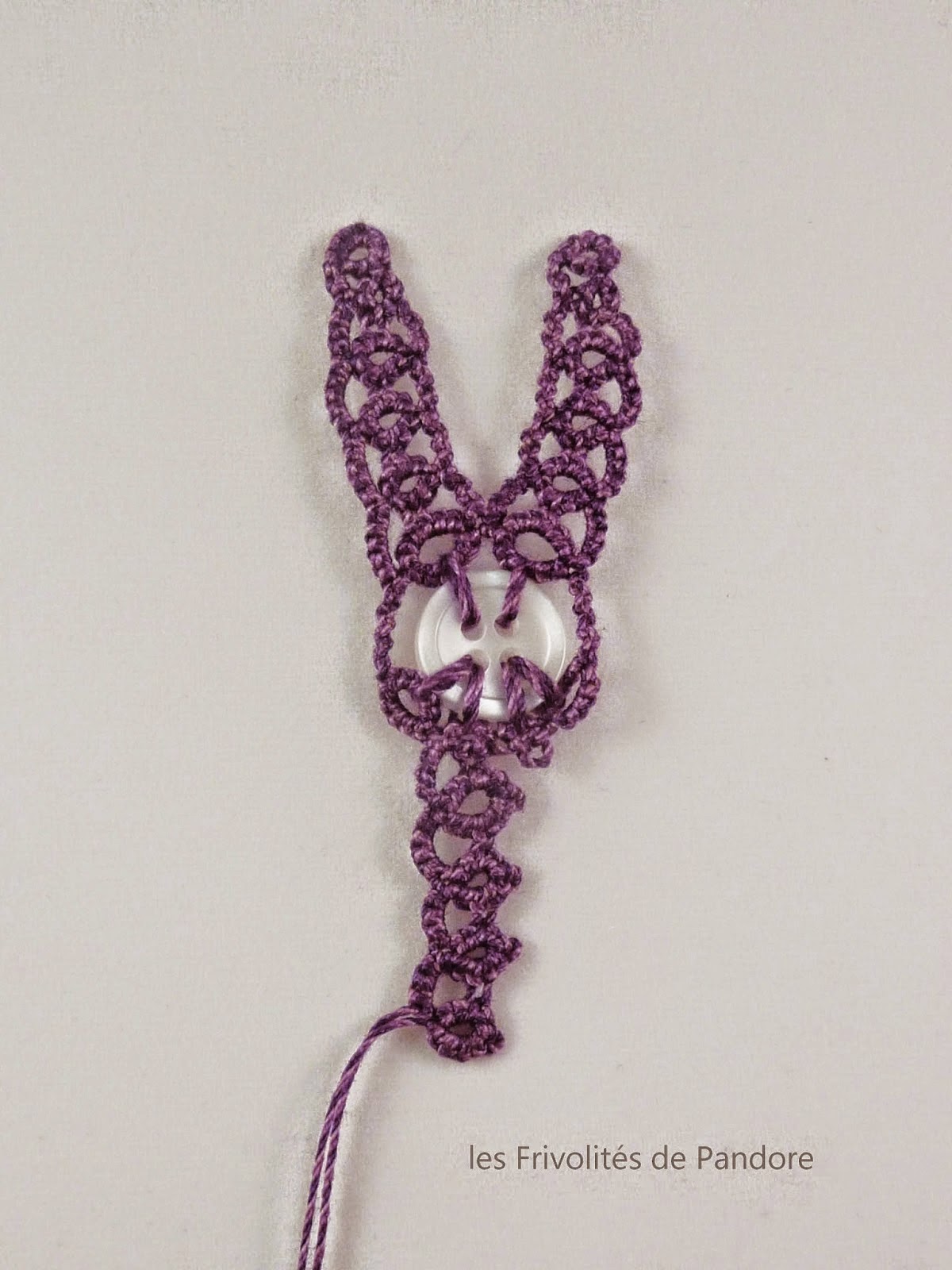 Sue has day 8 of TIAS done and thinks it's a kellywopter, kind of like a thingamajig. She made a run at a bauble mouse, but got the ribs switched at the last round and didn't notice until she'd tied off her threads. 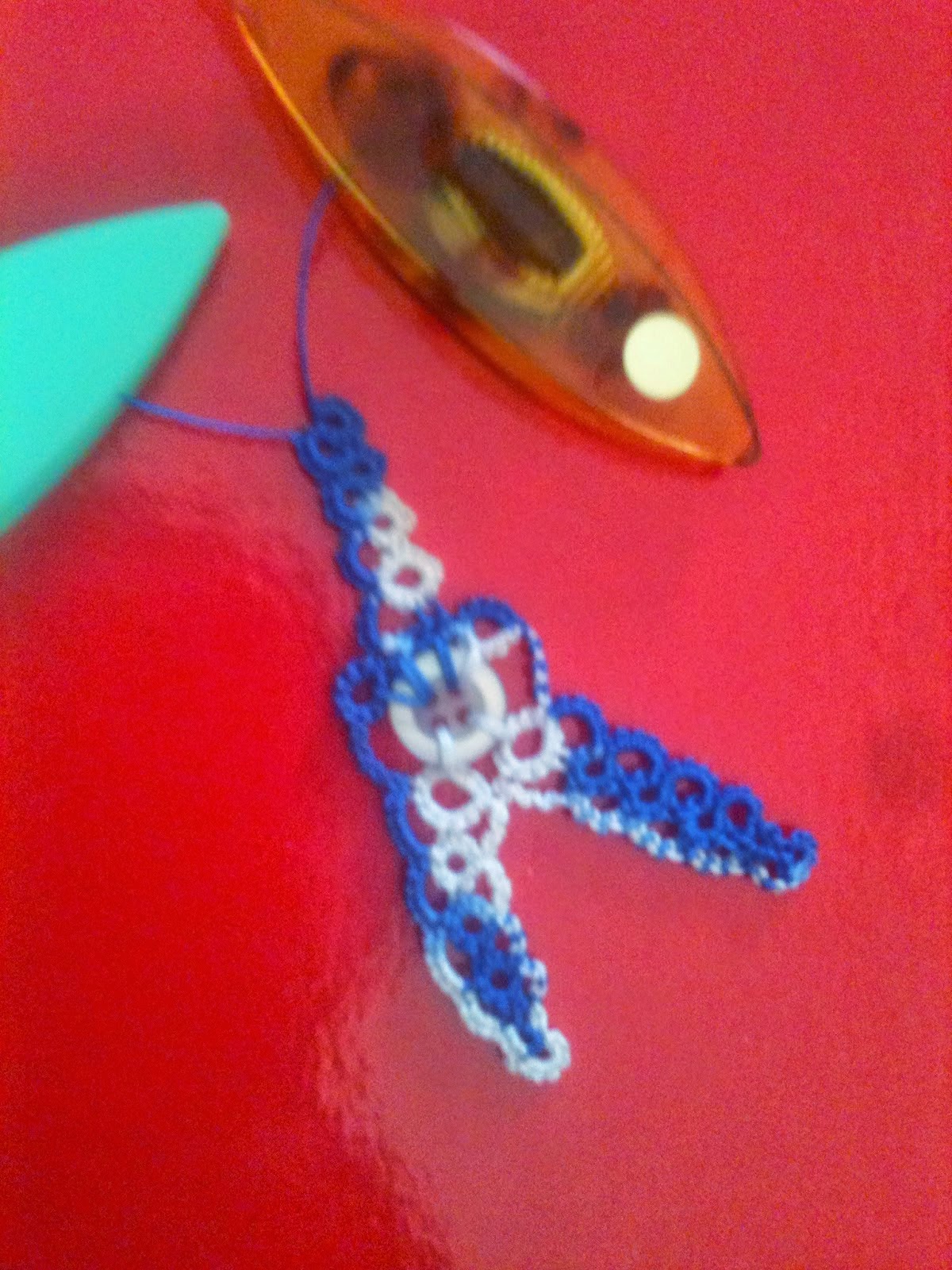 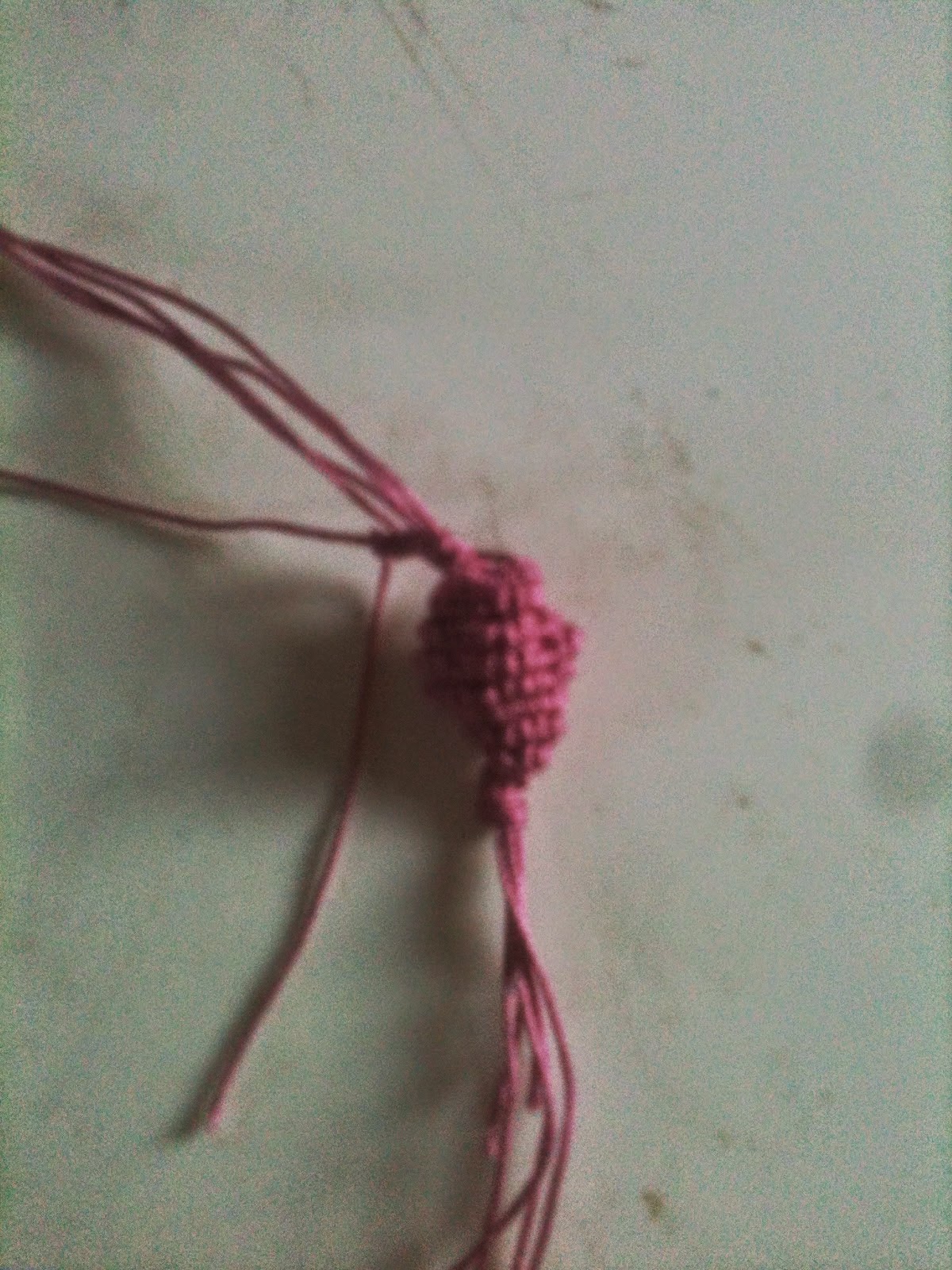 Lelia is working Jane's TIAS in different colours of thread. Grace Tan's heart pattern with beads added done in Lizbeth size 20 colour #129. She started  off with a pattern in New Tatting by Tomoko Morimoto, but she thinks she used a different size thread so the floral motif here has 6 petals instead of 5 as shown in pattern tatted in Lizbeth, size 20 Jelly Bean #119. She's been working on a few doodles to empty shuttles. Here are her TIAS pieces done in lots of colours. 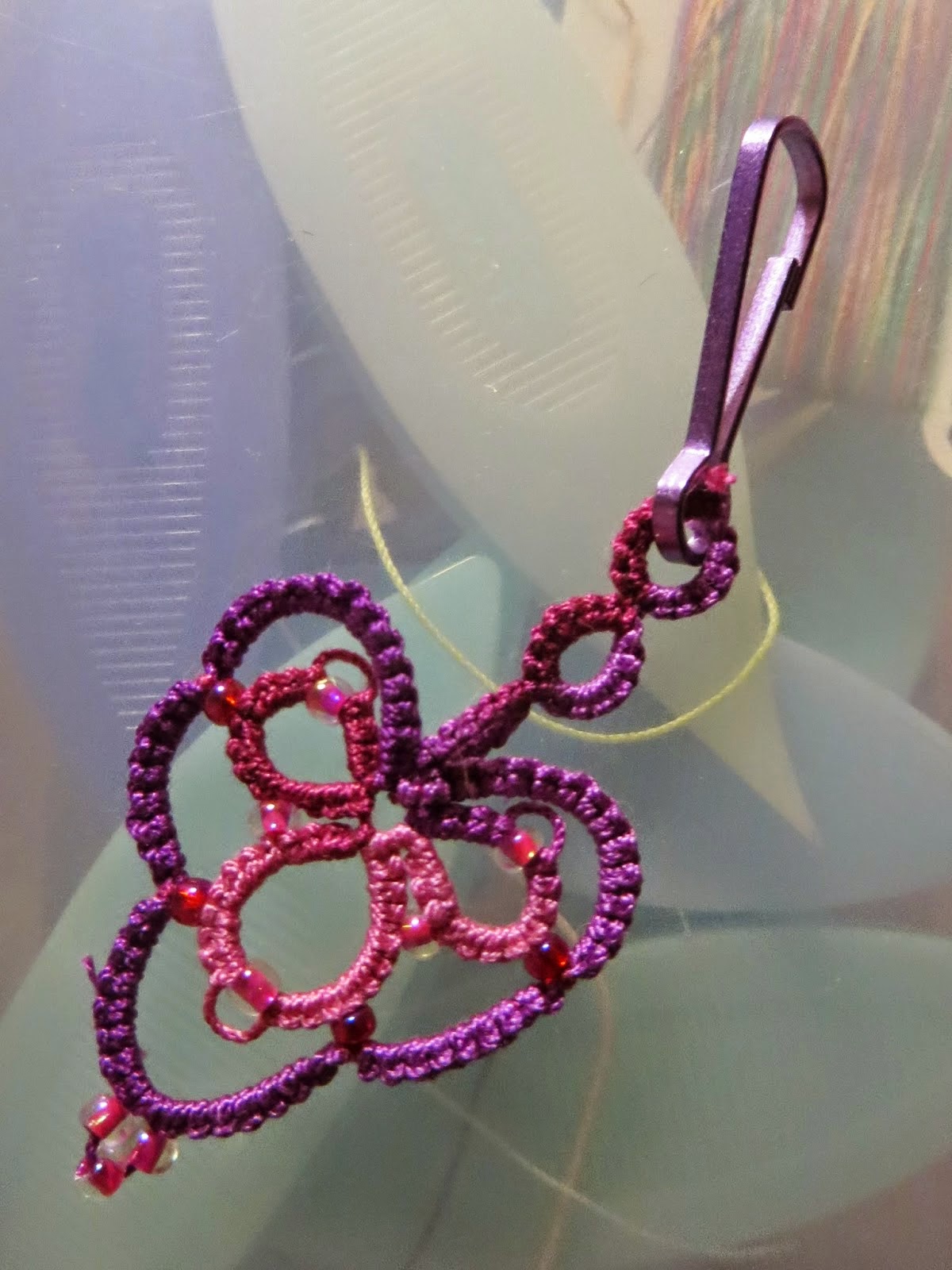 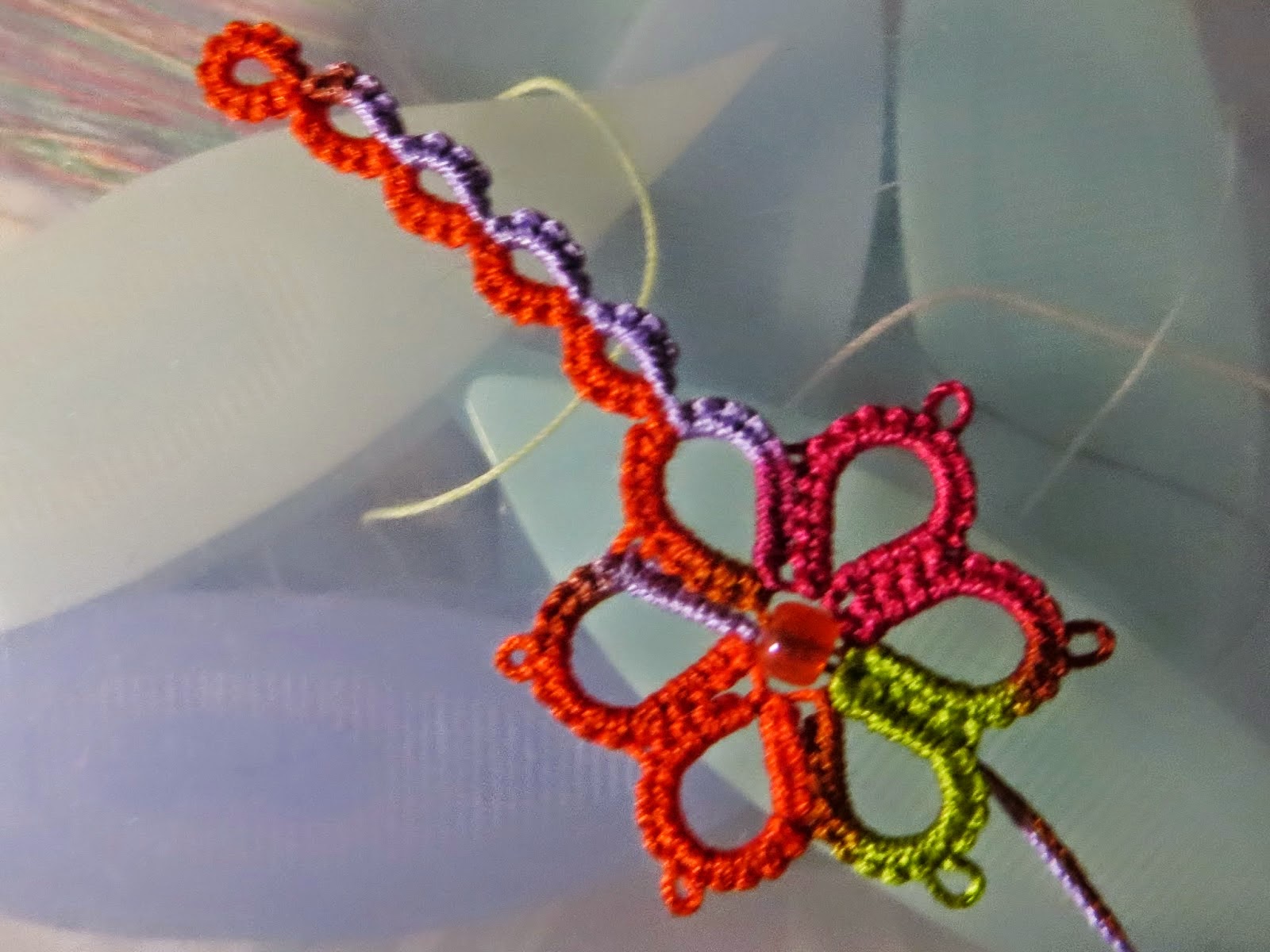 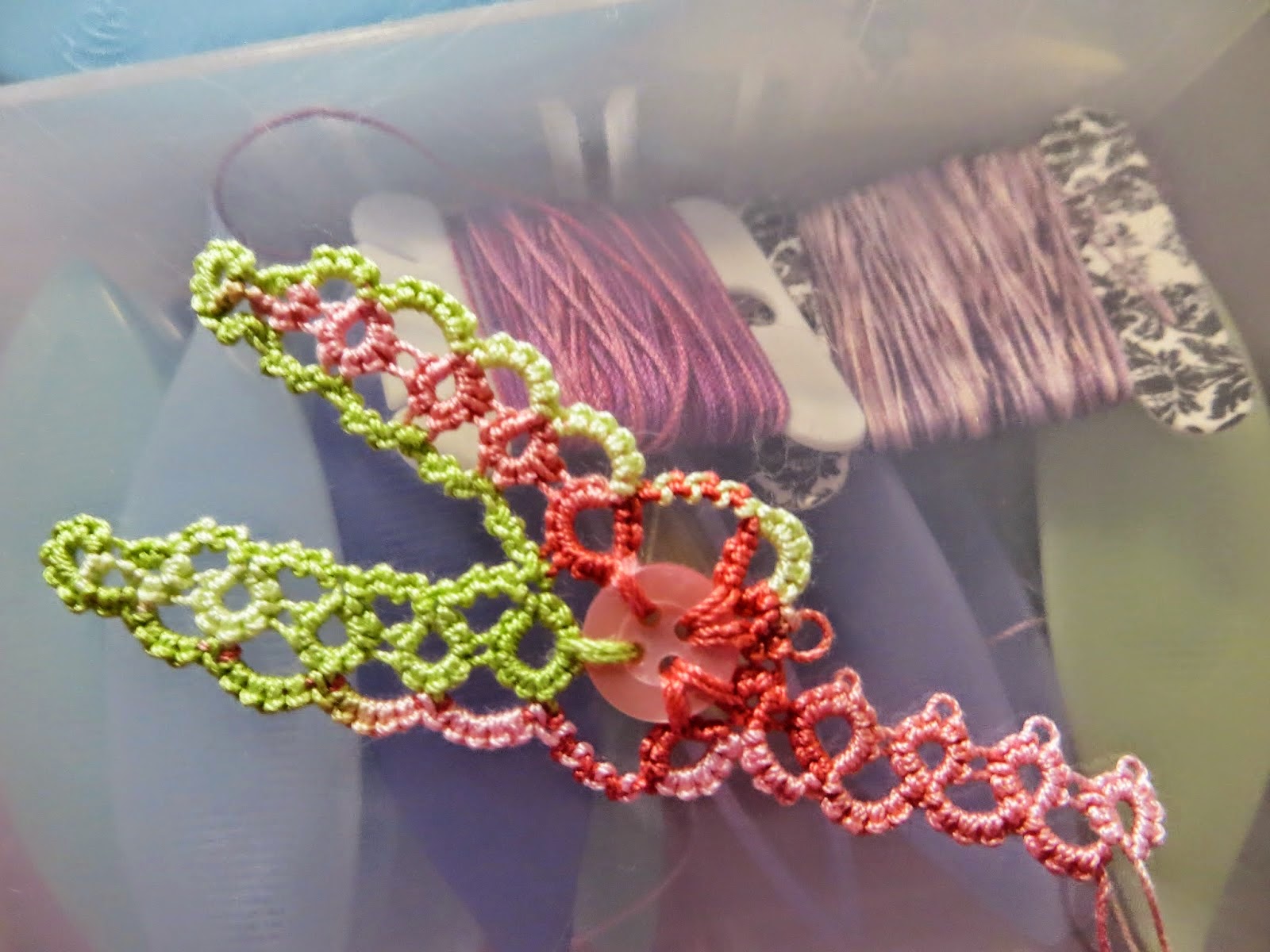 Linda has several large projects on the go including this doily which has a few more rounds to go. 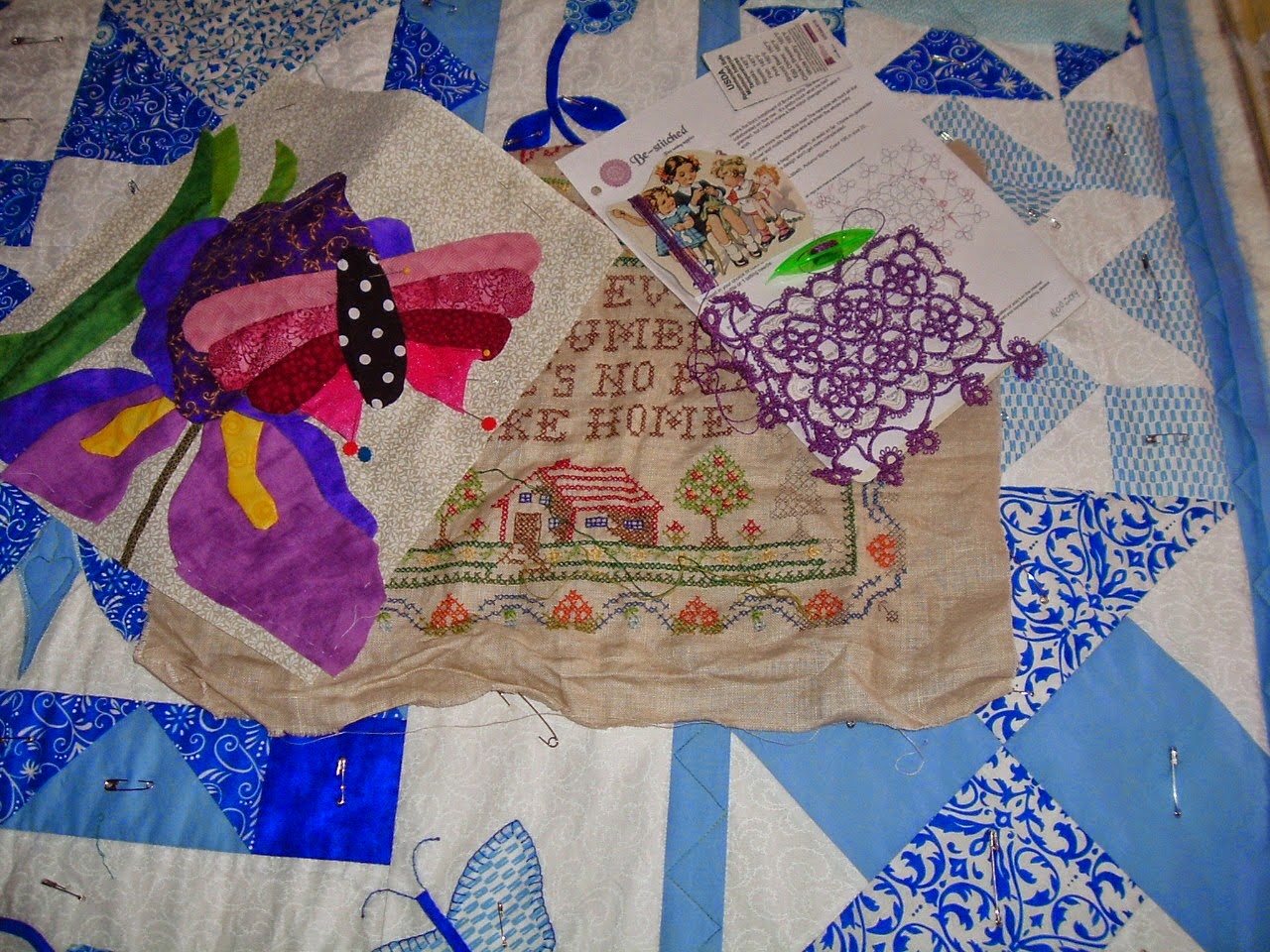 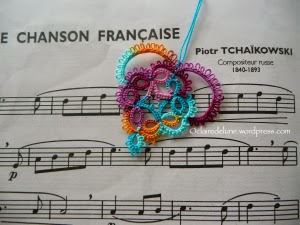 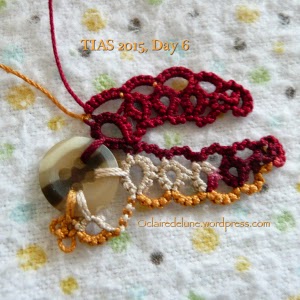 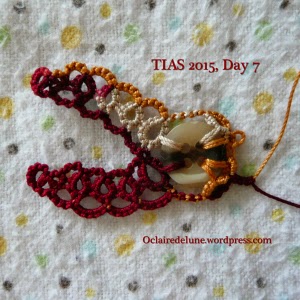 Diane didn't do much except fix her mistake on the most recent round of the doily. At least, she thought she had. She skipped every other ring, and it was pointed out to her that she was only supposed to skip the ring under the single ring in this round. At least she didn't get too far. Snip, snip. She's back on track. 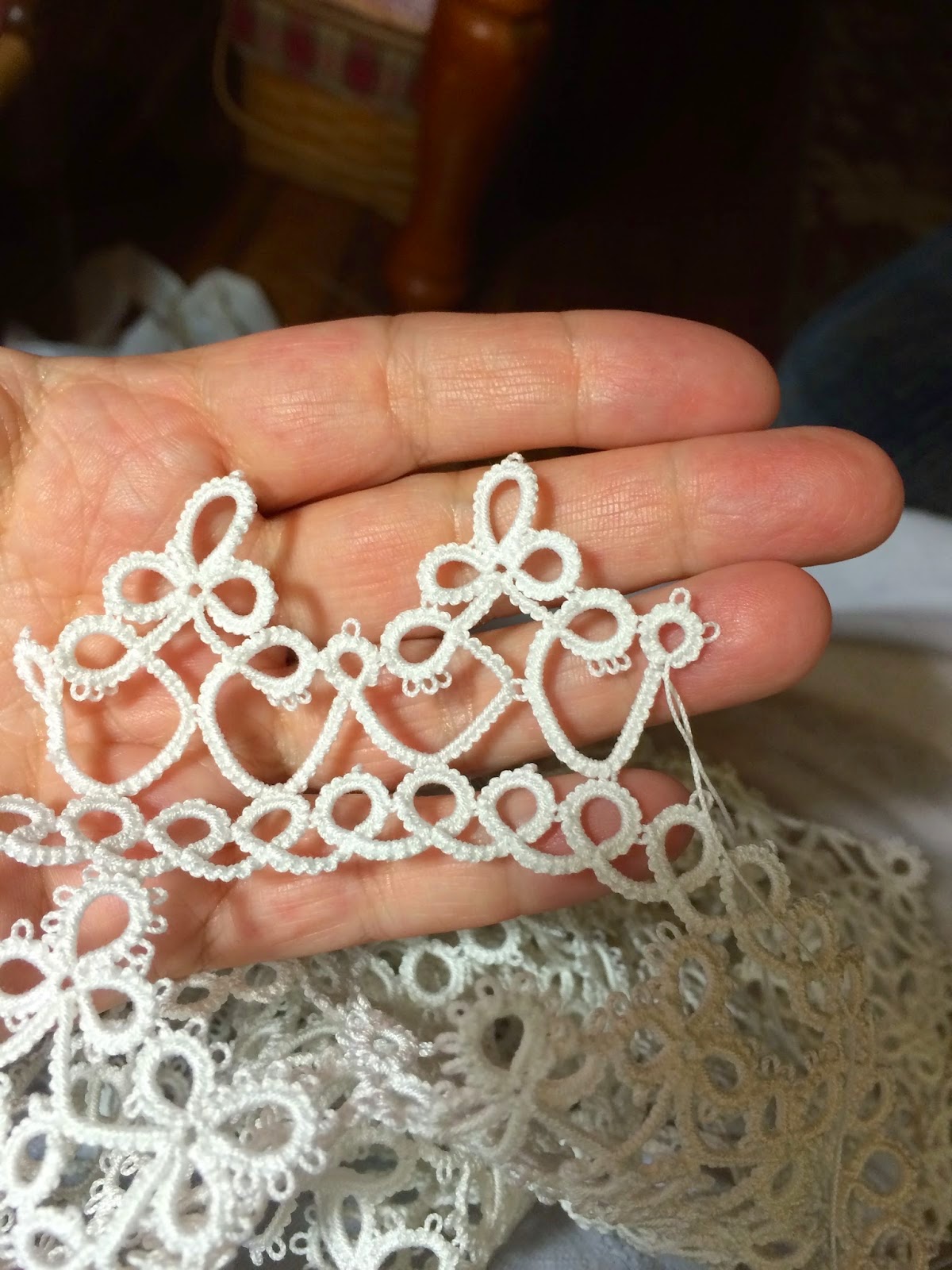 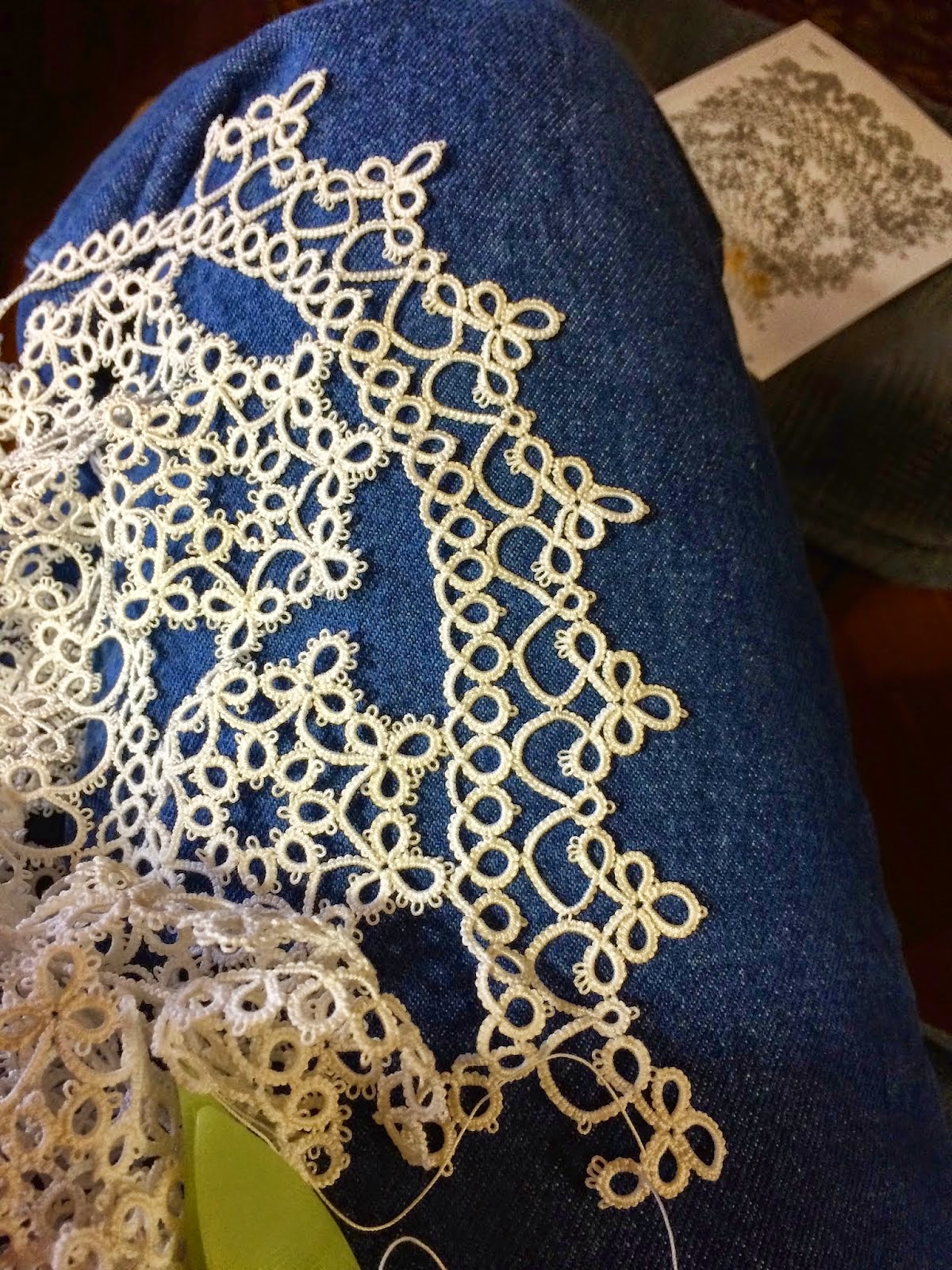 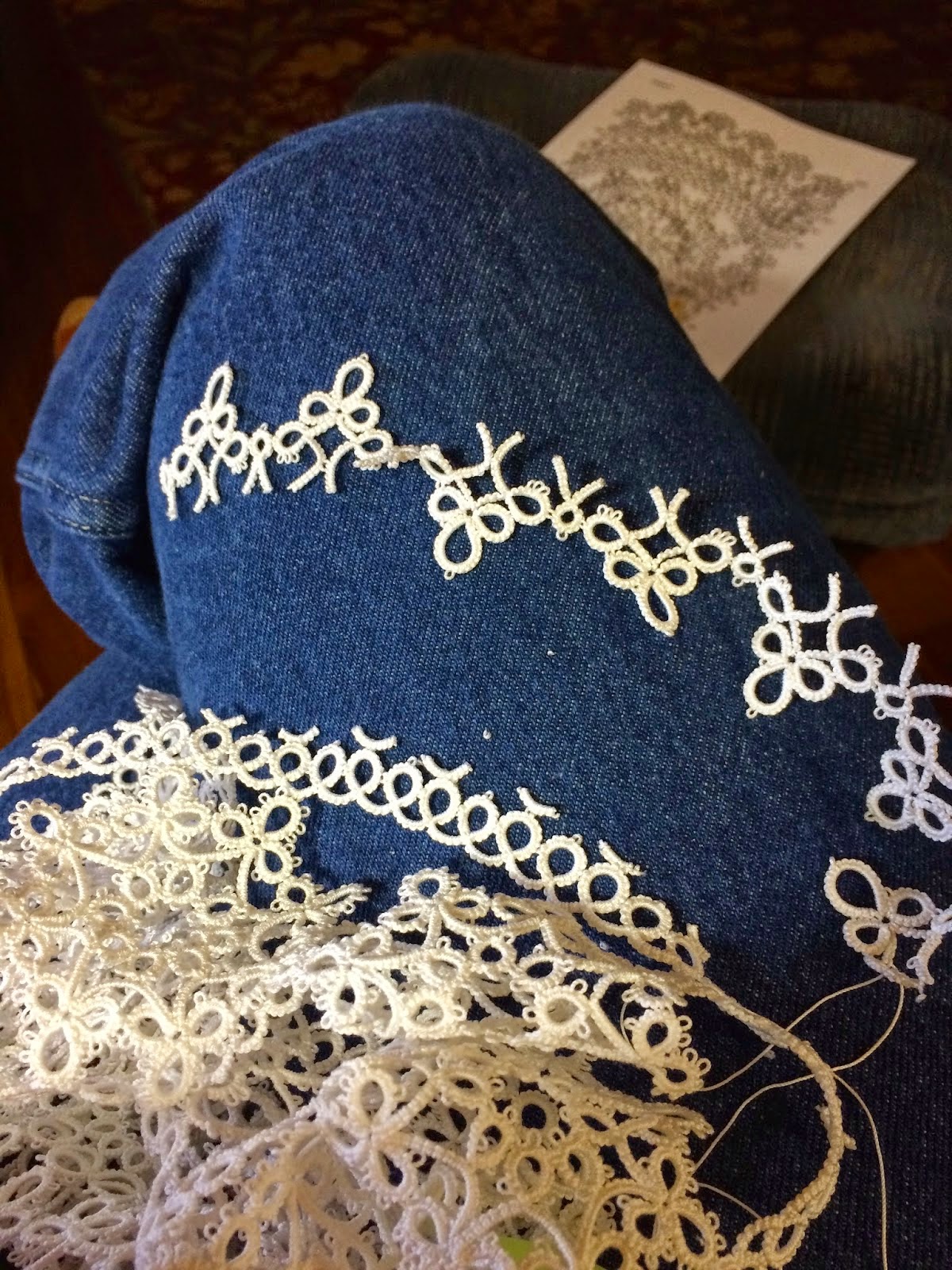 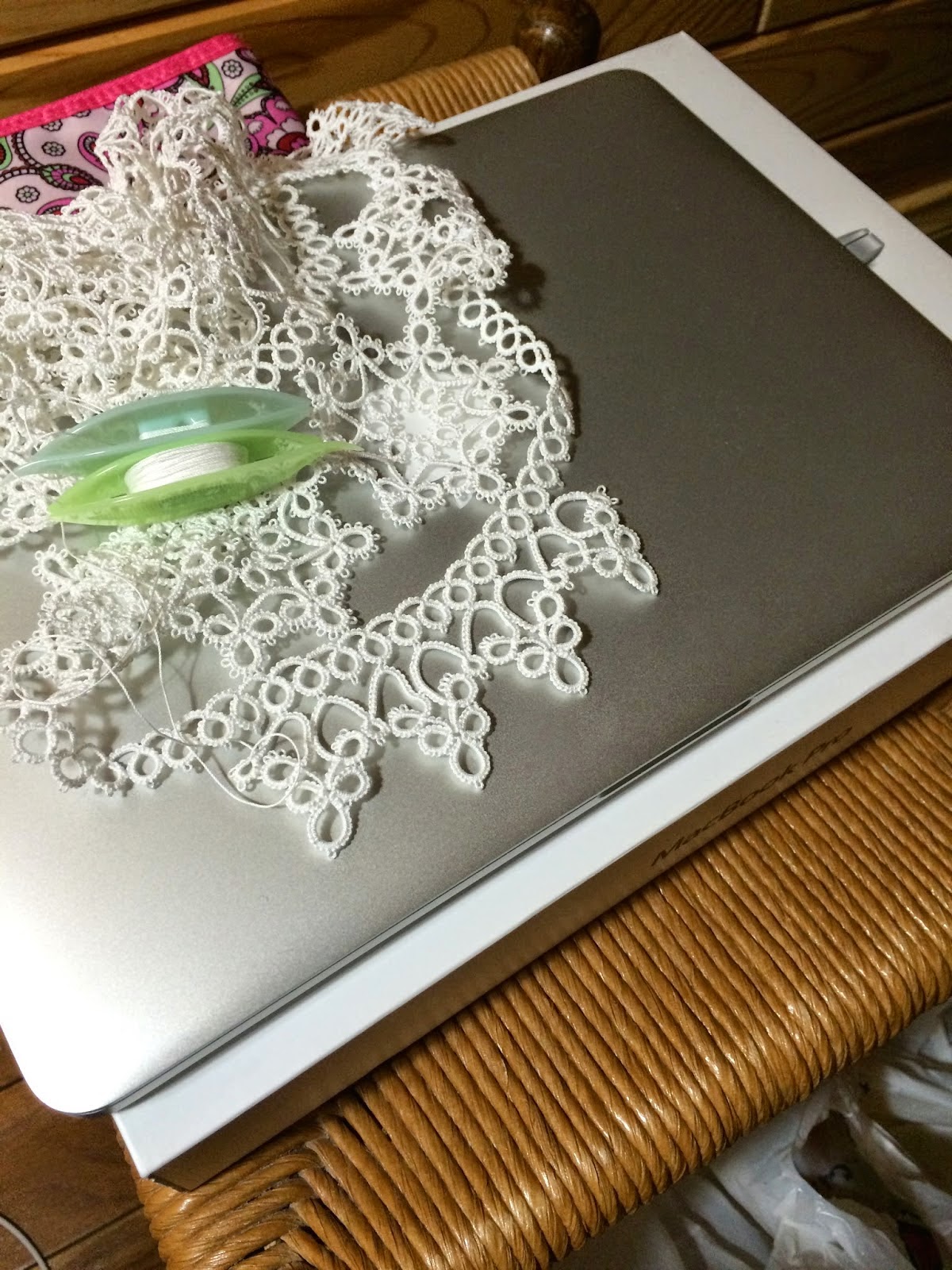 Kristen is another tatter bit by the bauble bug and she's working through Tatting GR-8 Baubles, Bugs, and Blossoms by the Shuttle Brothers making her first bauble. This is her second one, front and back. 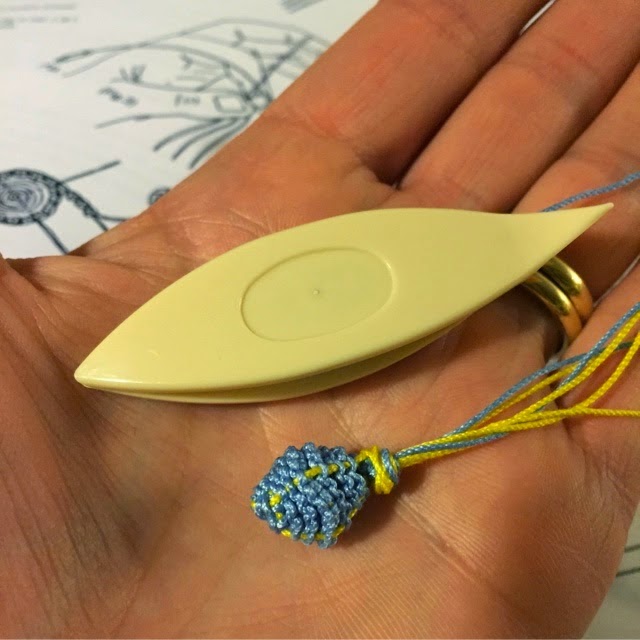 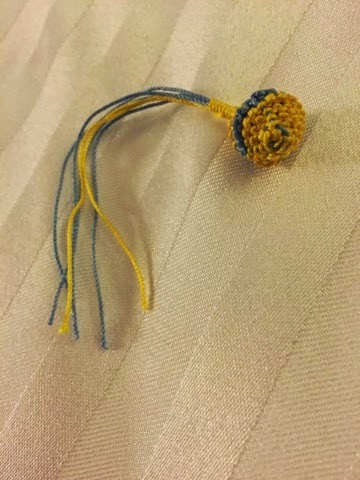 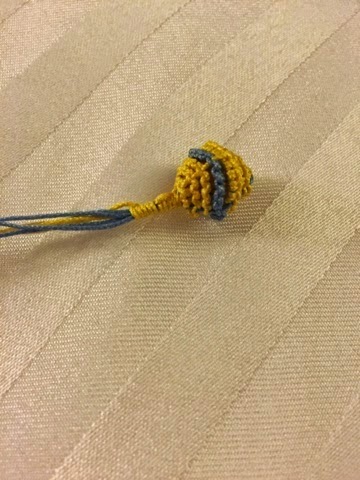 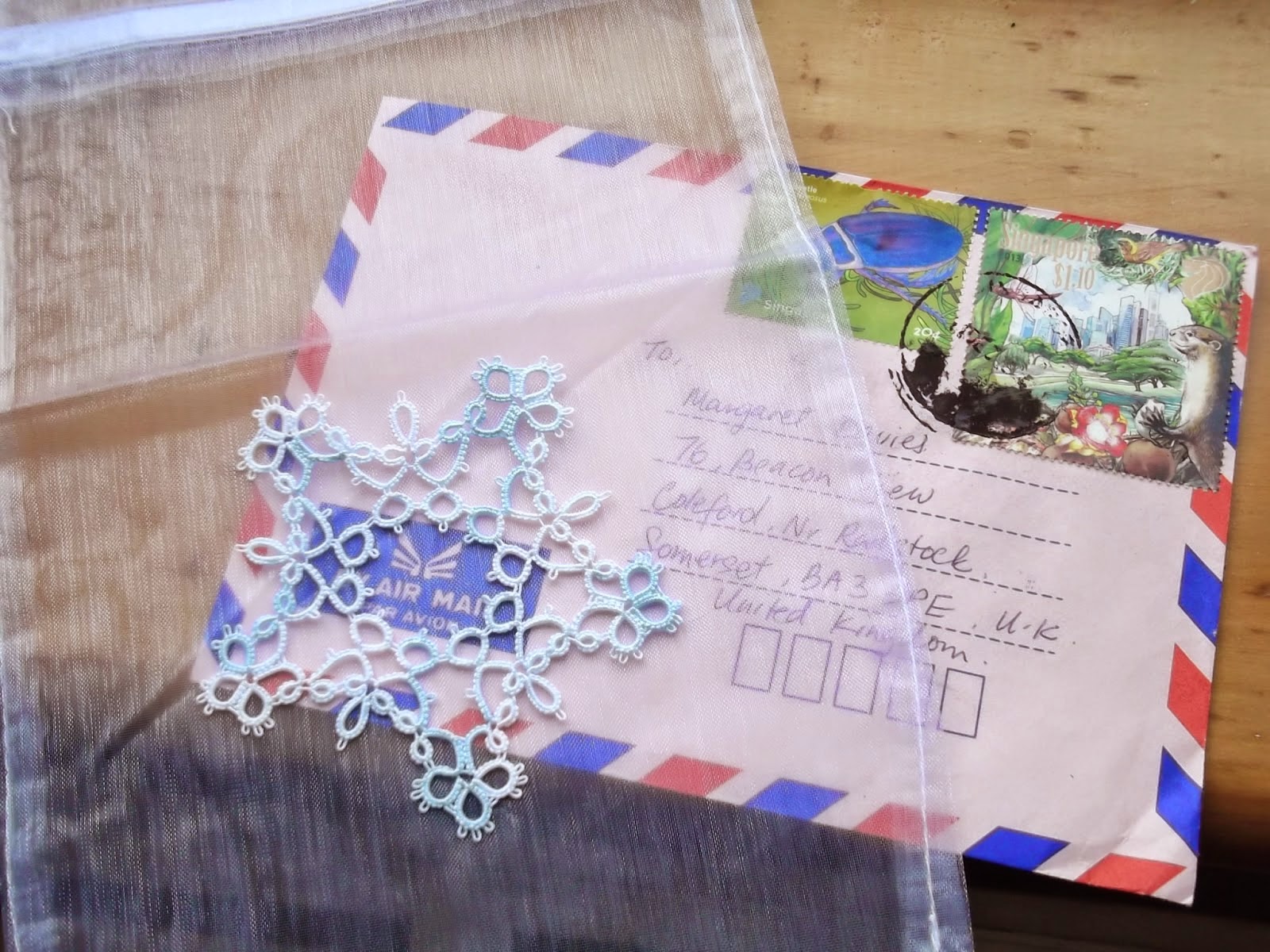 Marie shows us one of the Christmas balls made in Purple and Pearls that she sent to her Mom's house.

Martha found Victoria, an angel pattern by Monica Hahn, very interesting to make, and she was reminded of it recently as there is a possibility that the book it's in, Book 5 of the Ribbonwinners Series "Tatting with Friends" may be reprinted. 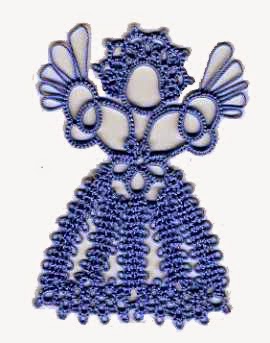 Muskaan tatted Aislyn's bookmark designed by Carrie Neahring for her daughter, as an incentive to finish reading her book. She used Anchor Mercer Crochet size 20 in white, yellow 4054-0289, Green 4054-1213 and Brown/Tan 4054-1218. TIAS day 7 looked like a bunny but day 8 is looking like scissors. 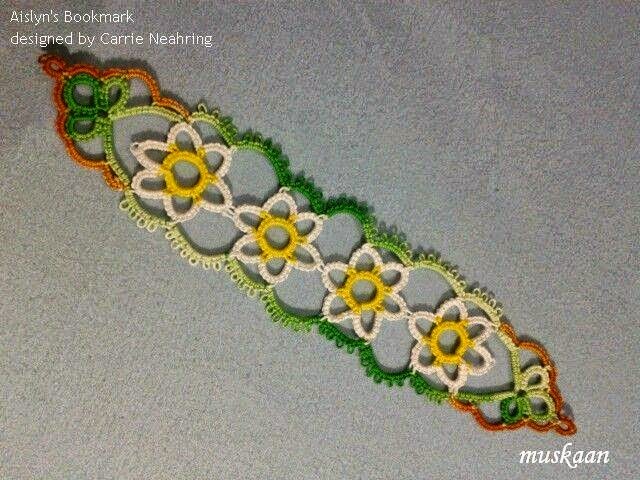 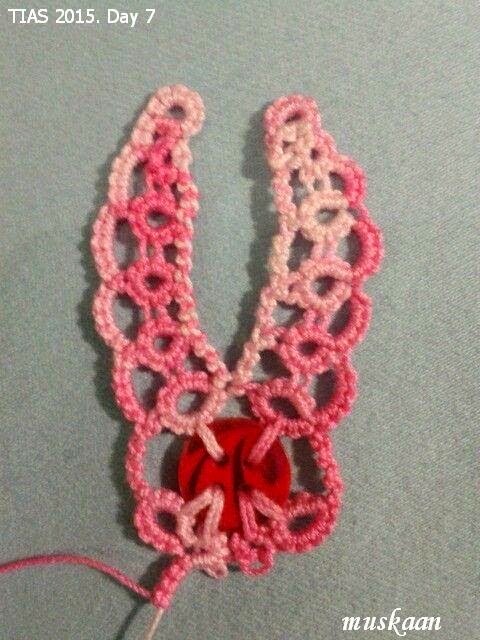 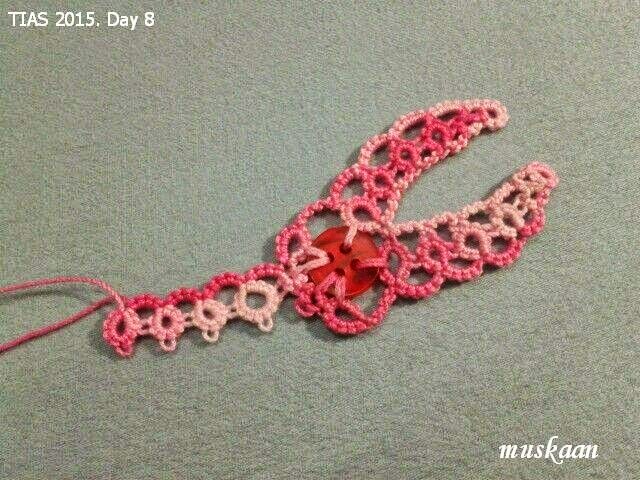 Stephanie is also working on TIAS and has day 7 completed. From this angle on the scanner it looks like a tooth. 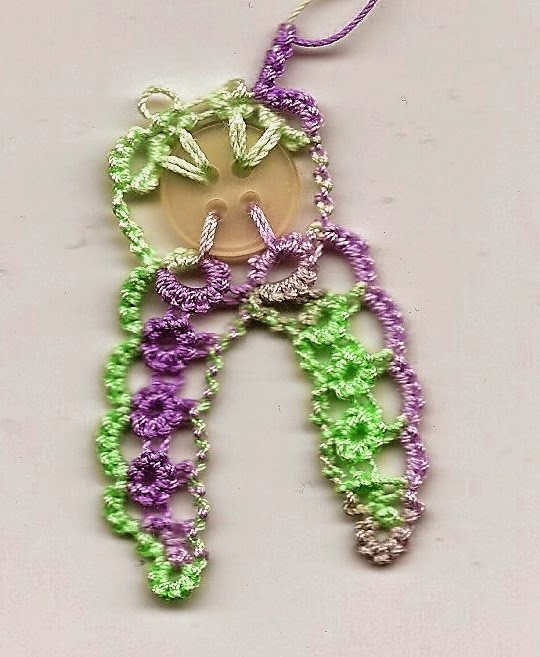