Jenn test tatted the Camelia earrings and pendant patterns for Elaine P Gan, who is working on a book of patterns. Michelle Bottorff shared her Dragon Pendant on InTatters and she has now crossed it off her "To Tat" list, and she plans to do a couple more in pink and purple.

Muskaan was intrigued by the tatted hibiscus flowers she has seen. Starting with Wally Sosa's Puerto Rican Hibiscus (Maga)which was done in tatting and crochet several people have tweaked the pattern to work it in all tatting and this is her version done in Anchor Mercer Crochet Cotton Size 20 in Yellow #0293 and Red #046. Adding some leaves of her own design finished it off nicely and you can see her thoughts on the construction of the flower on her blog. 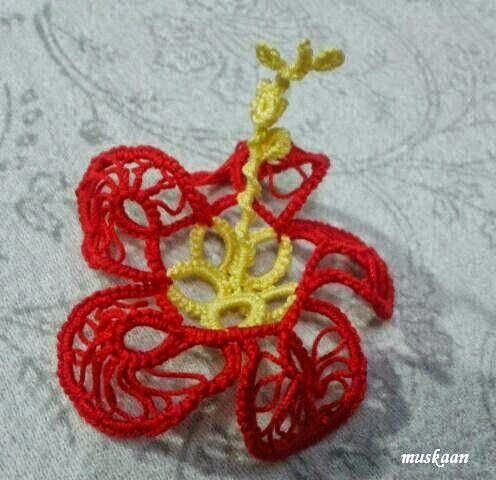 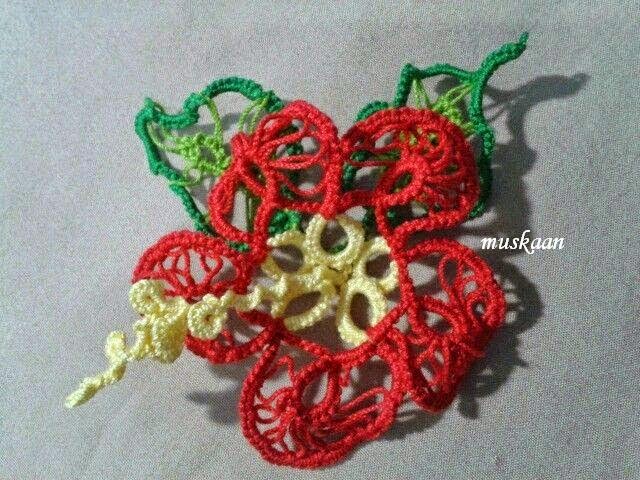 Sue's 23 motif is another set of earrings using a motif pattern by Jane Eborall. 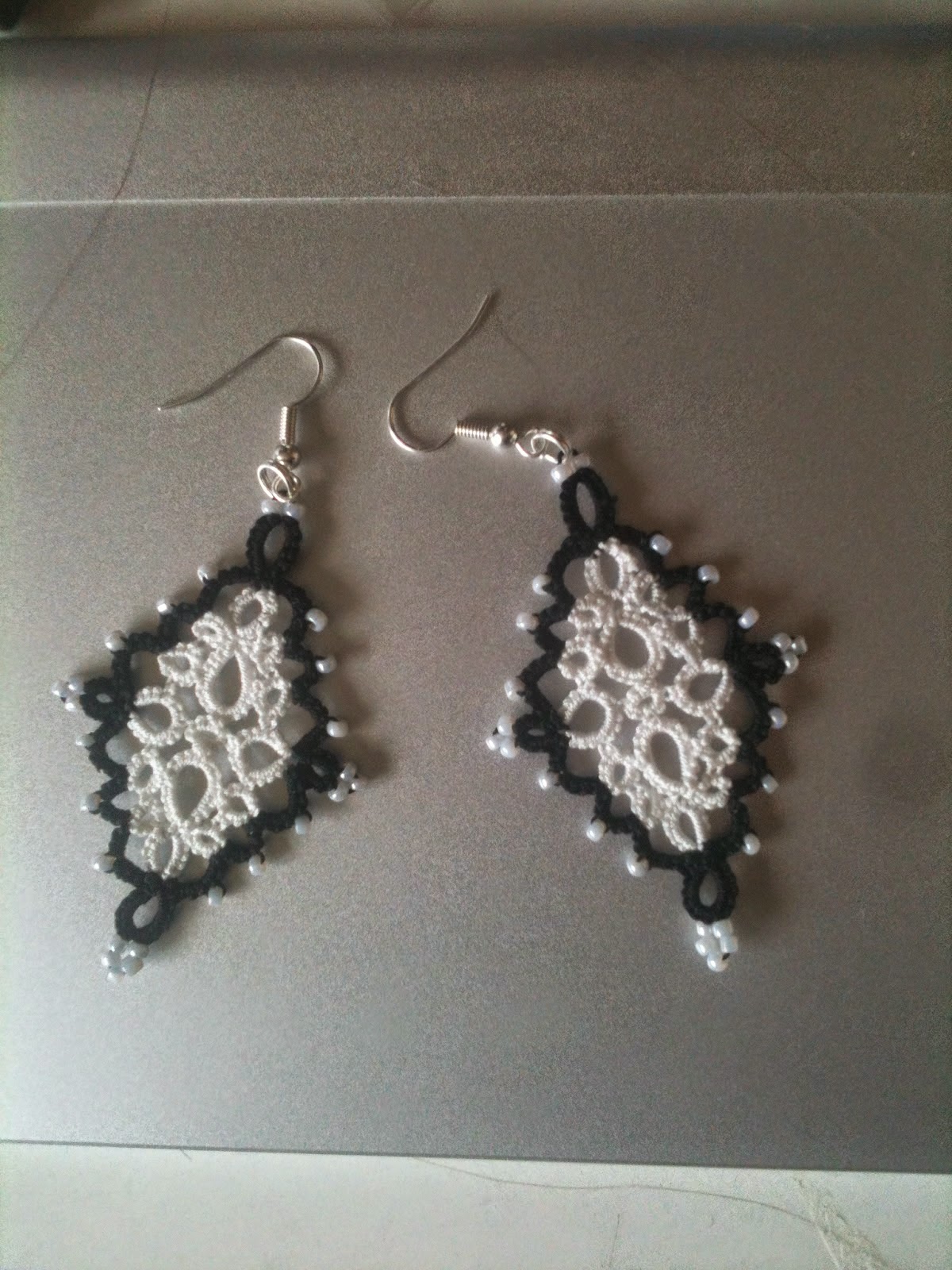 Claire tatted a pendant using Accidental heart by Natalie and the matching earrings utilize the tiny pattern of the Three Little Hearts by Grace.

mb duke is making a bunch of crosses for the church's Harvest Festival. The first from Lena Bjorn's book Tatted Bookmarks - Cross Shapes is done in Finca Perle Cotton size 12 in colour 9725. The next one is also from Lena Bjorn's book and is done in Finca Perle Cotton size 12 in lovely variegated pink/red thread whose label is missing. This is the small cross from Mary Konnior's Tatting With Visual Patterns which still has one more round to go done in a deep purple, almost brown colour, another Finca thread, colour 8756, along with a beautiful gold thread in colour 8060. 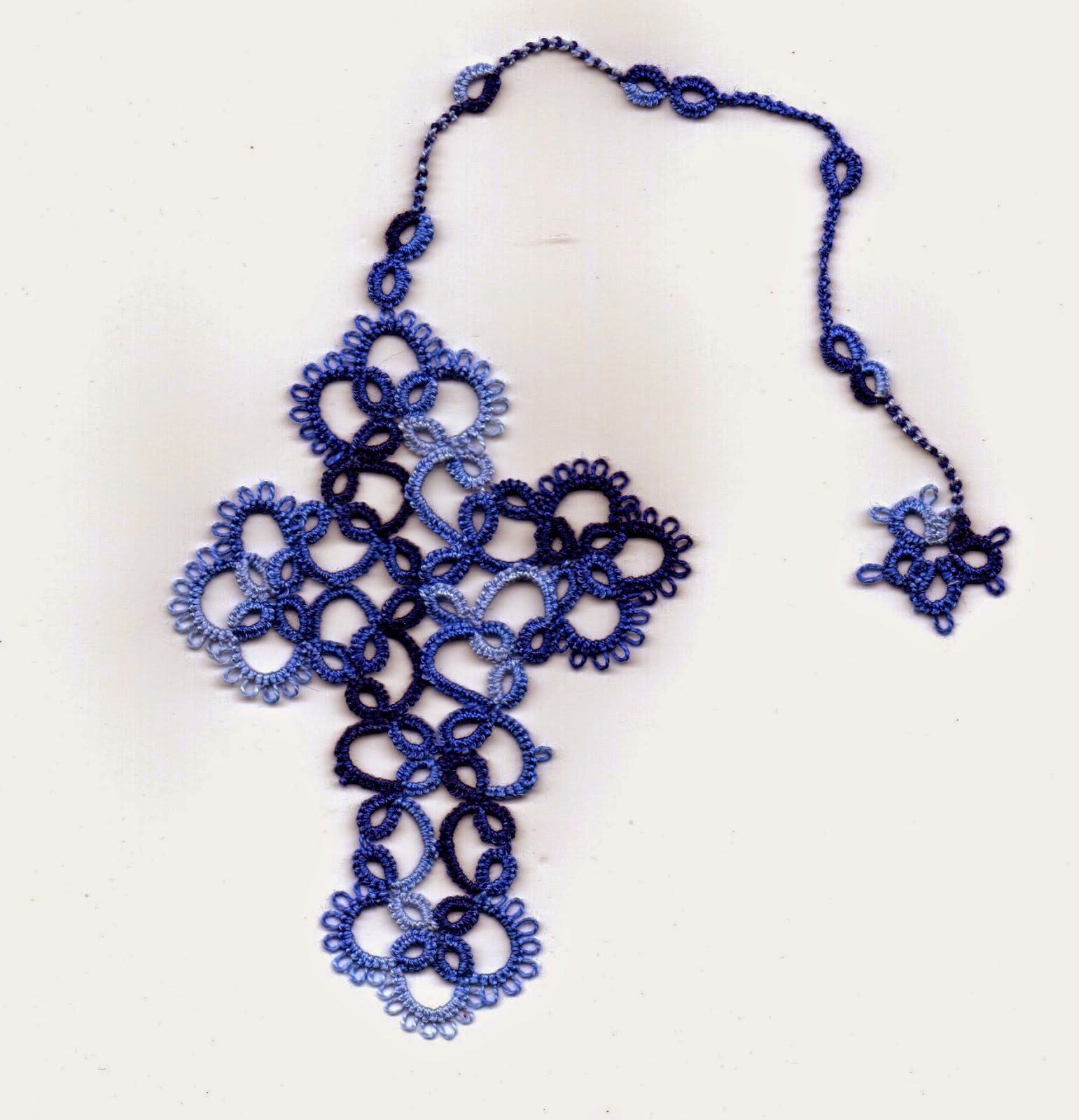 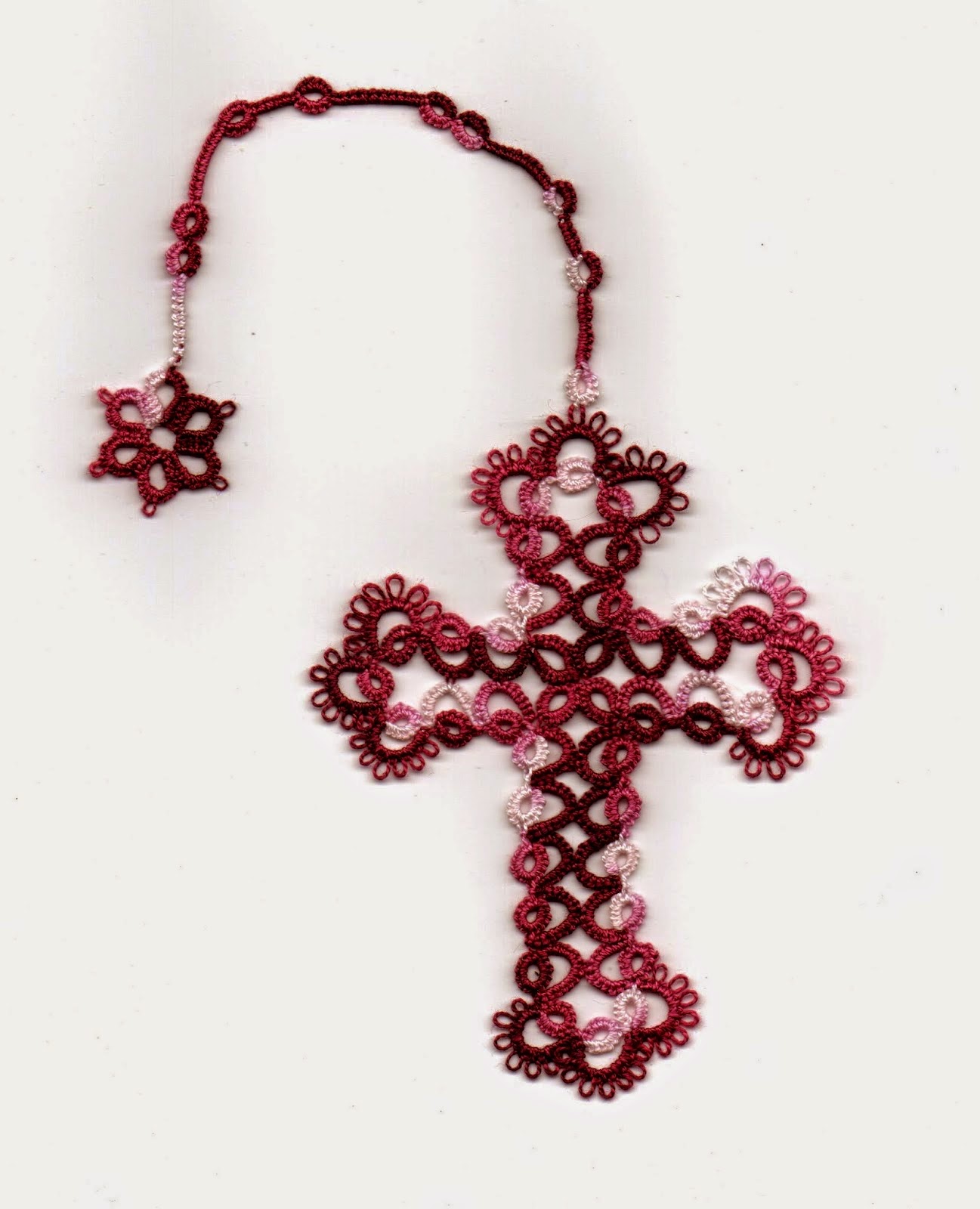 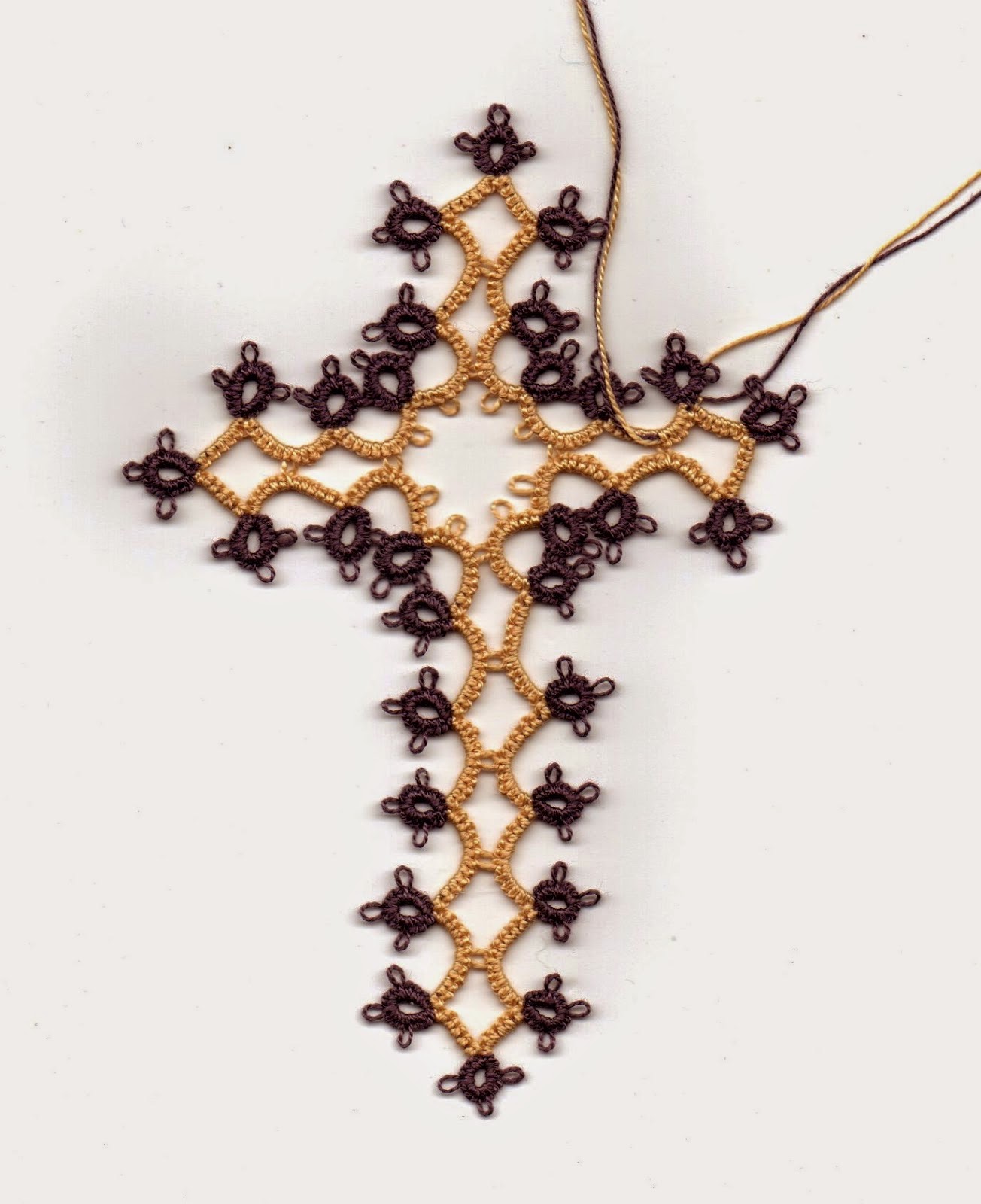 Lelia shows the awesome quilts covered in tatting for the Palmetto Tatter's Guild. The Flowers and Vines Quilt is really awesome and this spectacular block is just one of many in the quilt. Then there's the Tea Party quilt and the Wall Hanging Quilt. Take a moment and clean the drool off your keyboard. Lelia tatted another of Myra Piper's designs with Lizbeth, size 20, Colour 170. 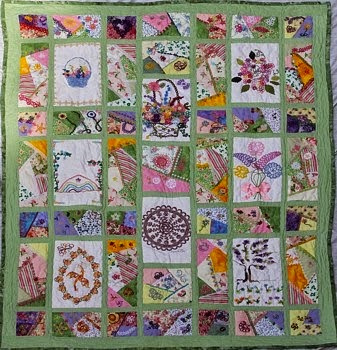 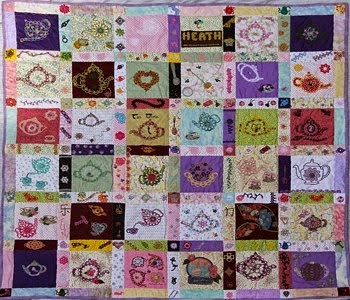 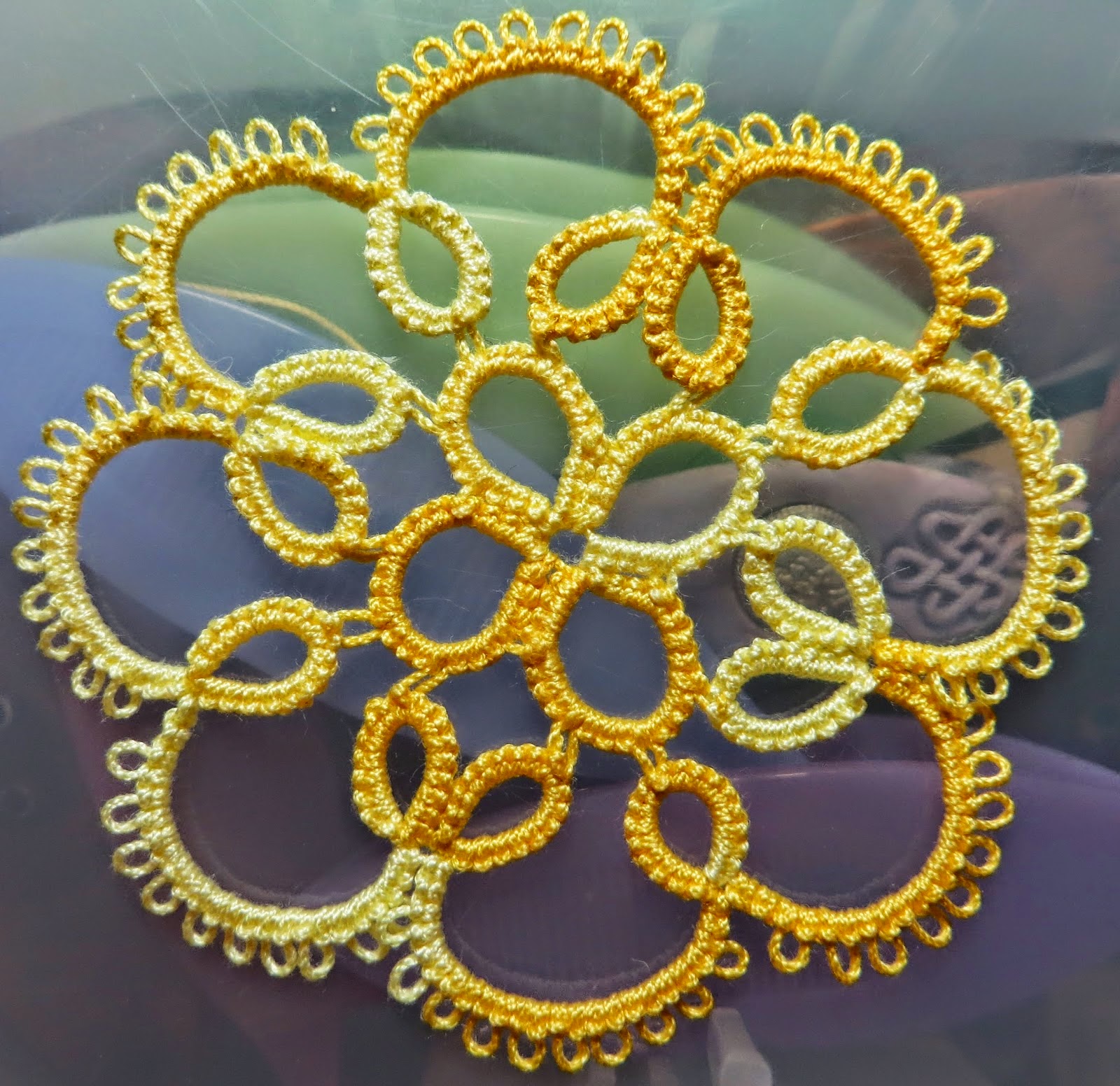 Ancolie shows us the beginning of a necklace whose design she immediately liked, but
these are just flowers.

Fox is getting discourage with this design as it still ruffles even after an appointment with the iron. Her grandson requested a large piece of tatting, and since he is a Rangers fan, she did it in the team colours. Jan Stawasz Monster Doily Challenge is coming along.  The Kurbatskaya Doily Challenge is growing and it's finally behaving after she wet it and pinned it. Pinning definitely did the trick. 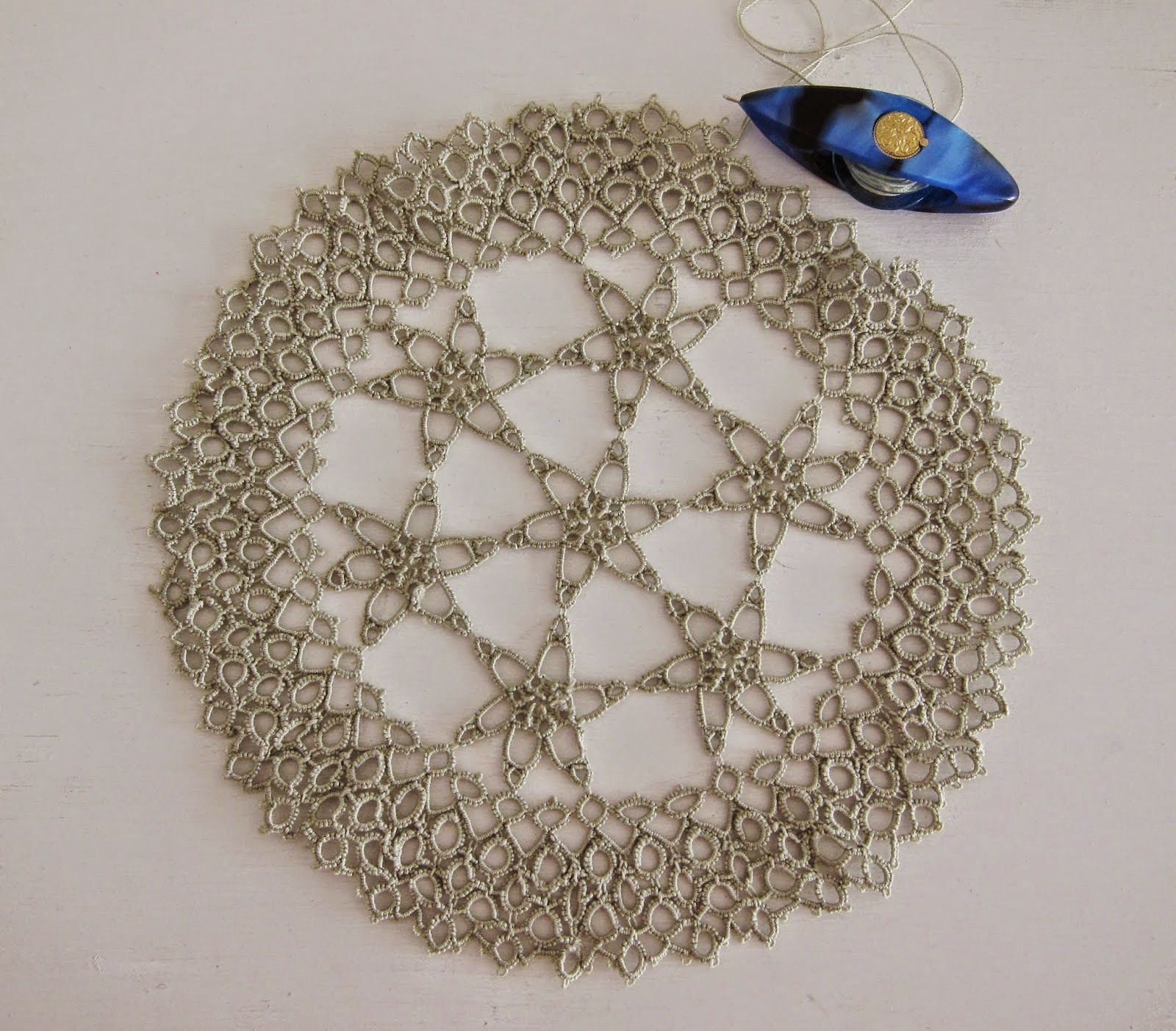 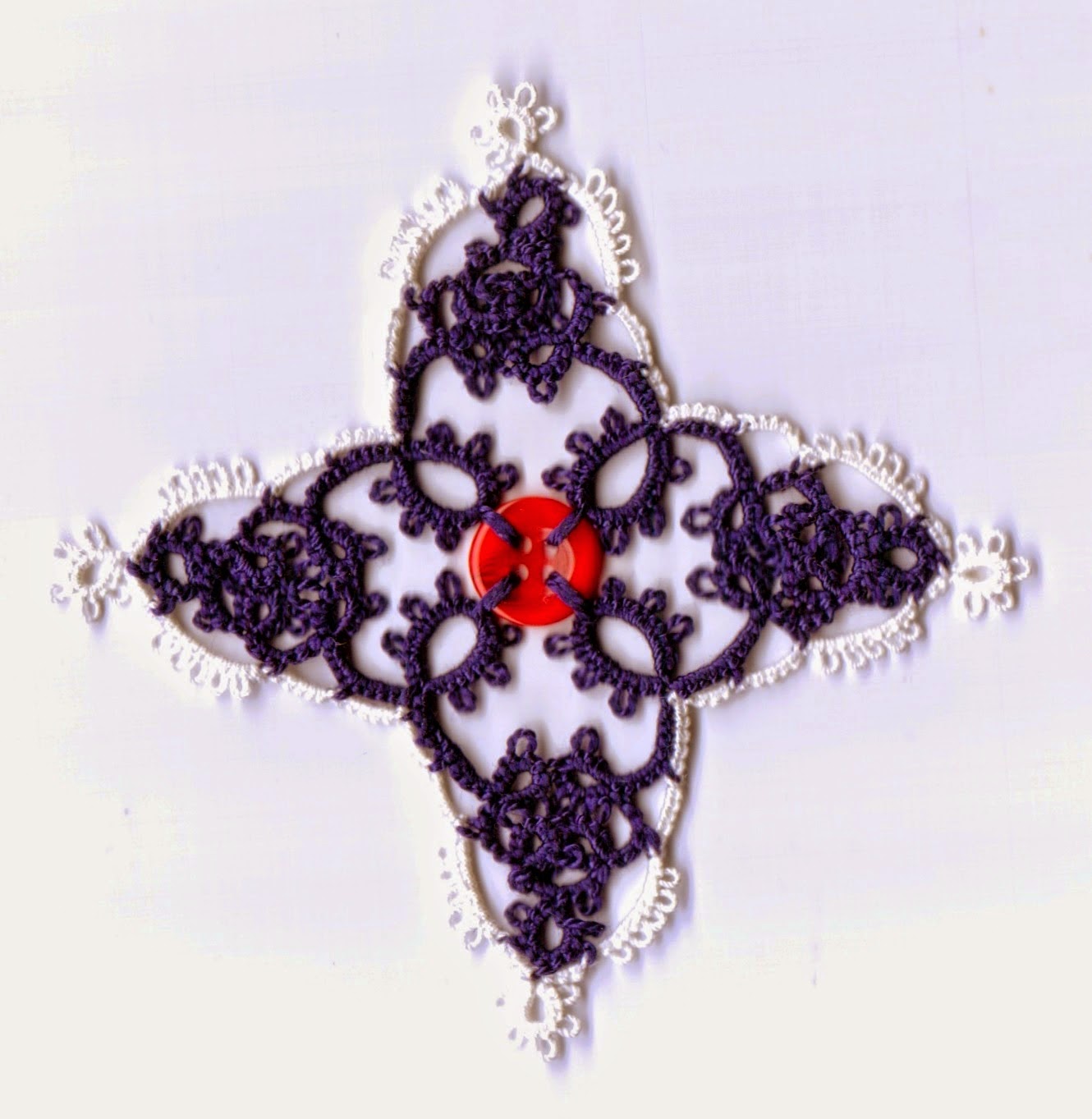 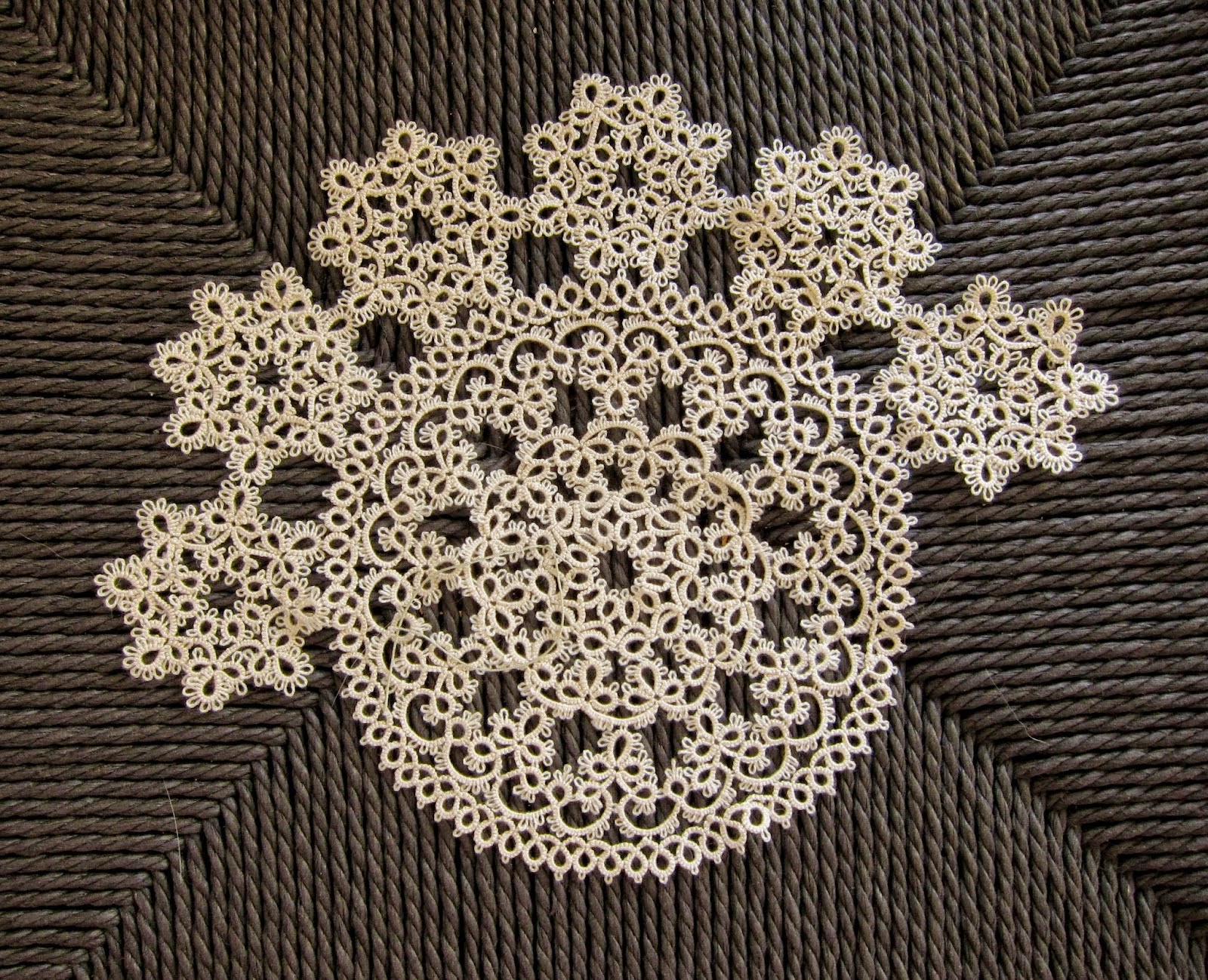 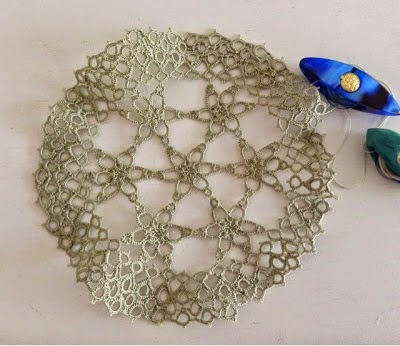 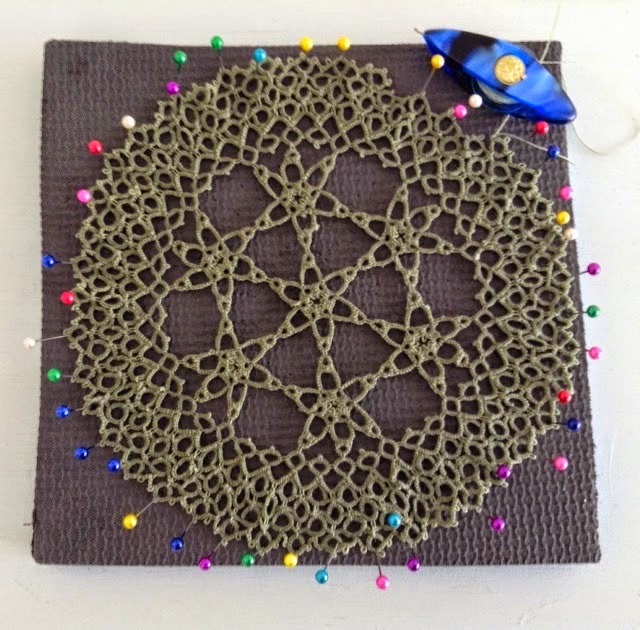 IsDihara made it to 22 inches (55.88 cm) on her Beaded Lanyard project. It's hard to get the colours to show up properly.

Marie is finished with making strawberries, but here there are in sizes 30, 20, 10 and 3 for comparison. The tatting on this Victorian pin mimics the design in lace. 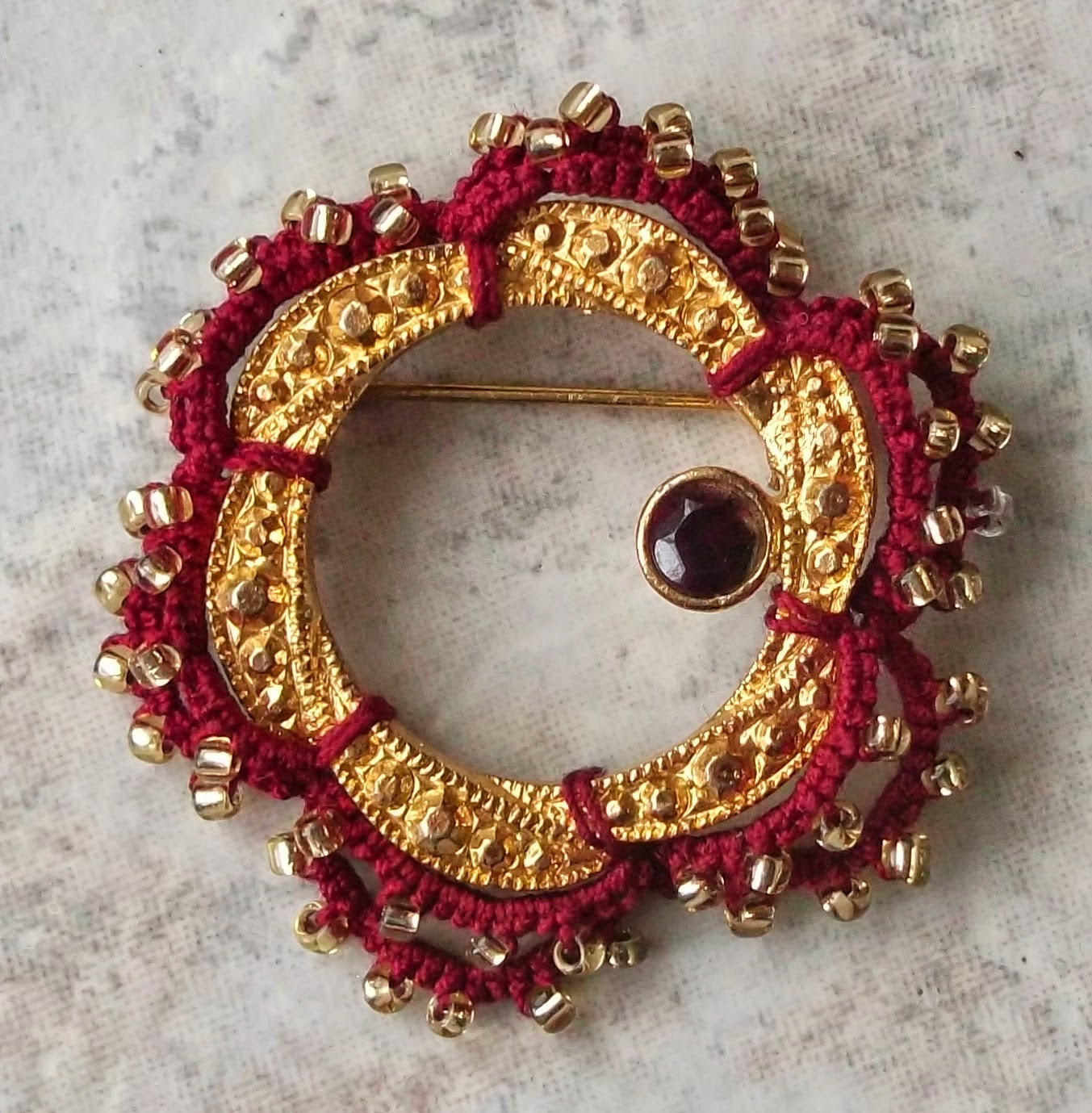 Martha found her missing high strength glasses and in celebration she tatted Gary and Randy's little mouse from their book Tatting GR8 Baubles, Bugs, and Blossoms.

Mica still has a few snowflakes left to go in Vida Sunderman's book, like this one that uses Victorian sets, also called rick rack tatting or zigzag tatting. It's made with Kreinik braid No. 4. 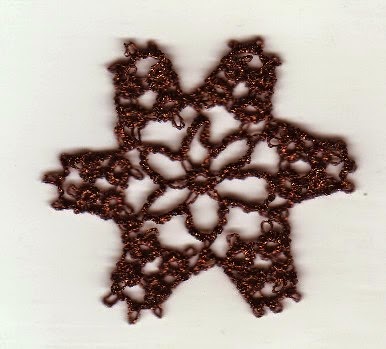 Michelle shows us an update on the Quatrain runner she started four years ago. Now that it's pressed it looks like it might need 2 more rows. Once it was finished she's took a hint from Fox and used one of the foam squares kids play on to pin it out. 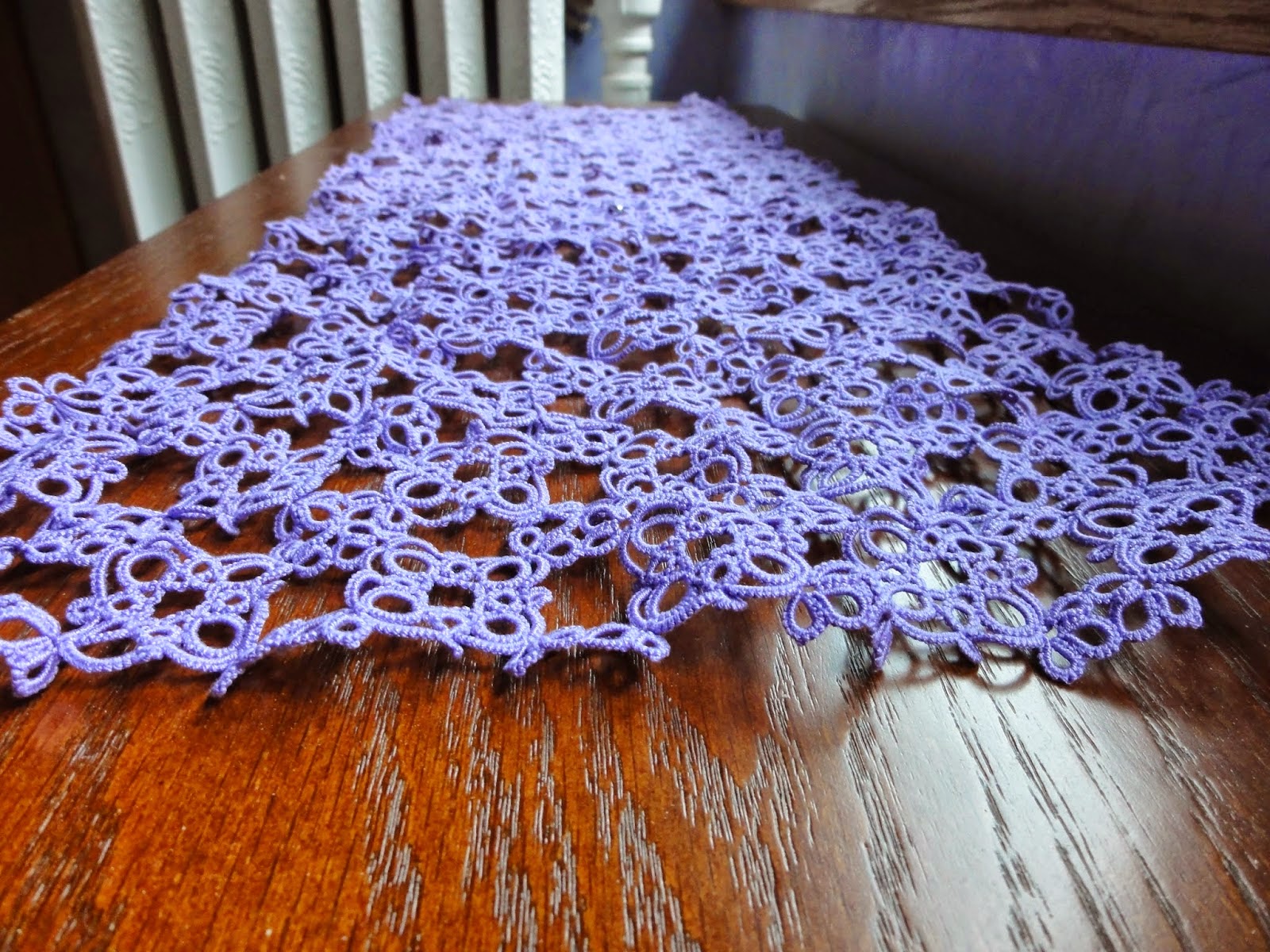 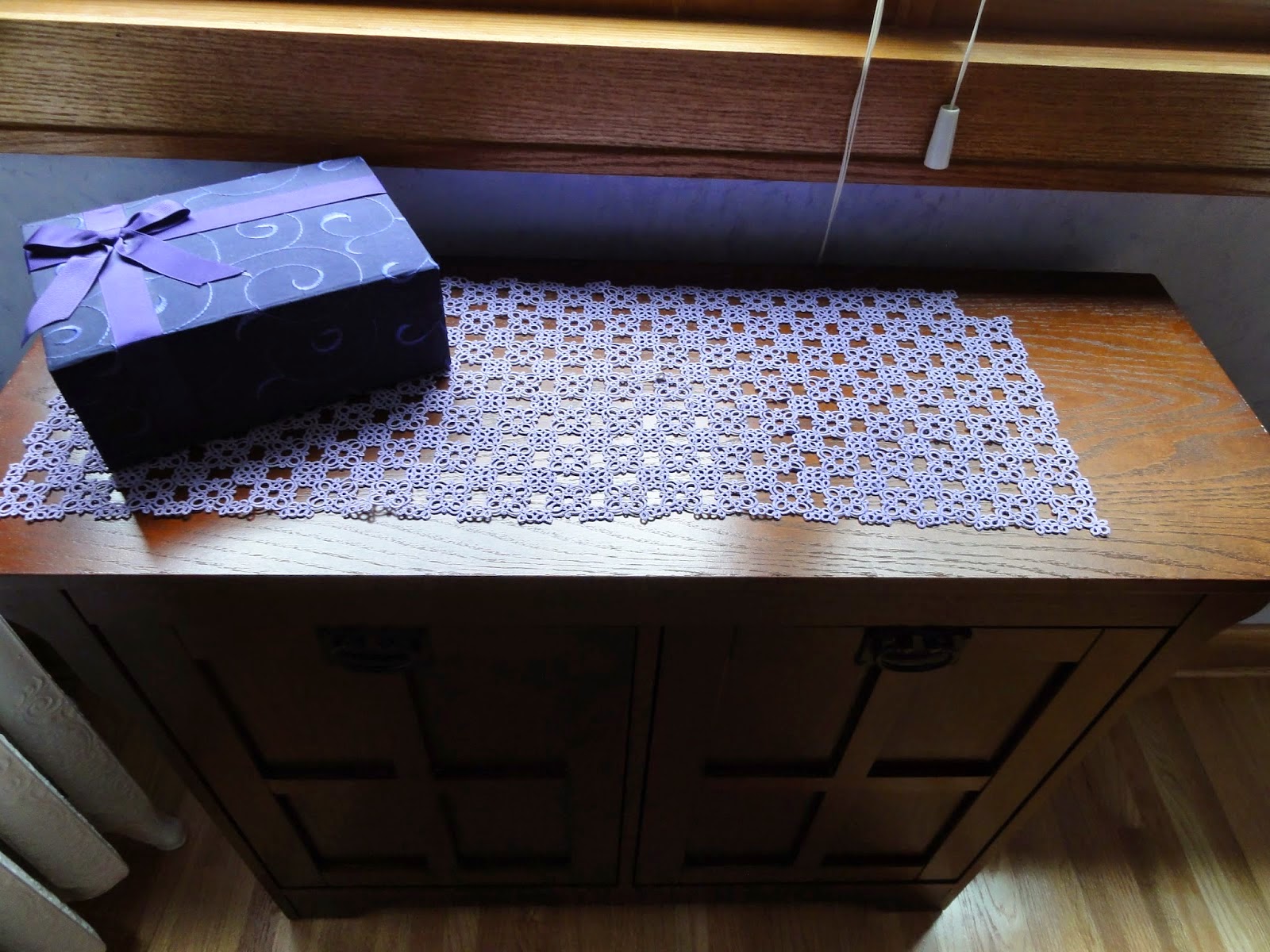 HisKid tatted her dreamcatcher earring pattern in size 40 Lizbeth Niagara Falls. The top bracelet is one she made for her oldest granddaughter in rainbow thread, and now she has requested a second one in size 10 Royale which is larger, but it's adjustable and she can grow into it. The 4 suncatchers she has done are all in size 40 Lizbeth, in the colours of Sea Island Citrus, Autumn Spice, Purple Iris Fusion and Juicy Watermelon 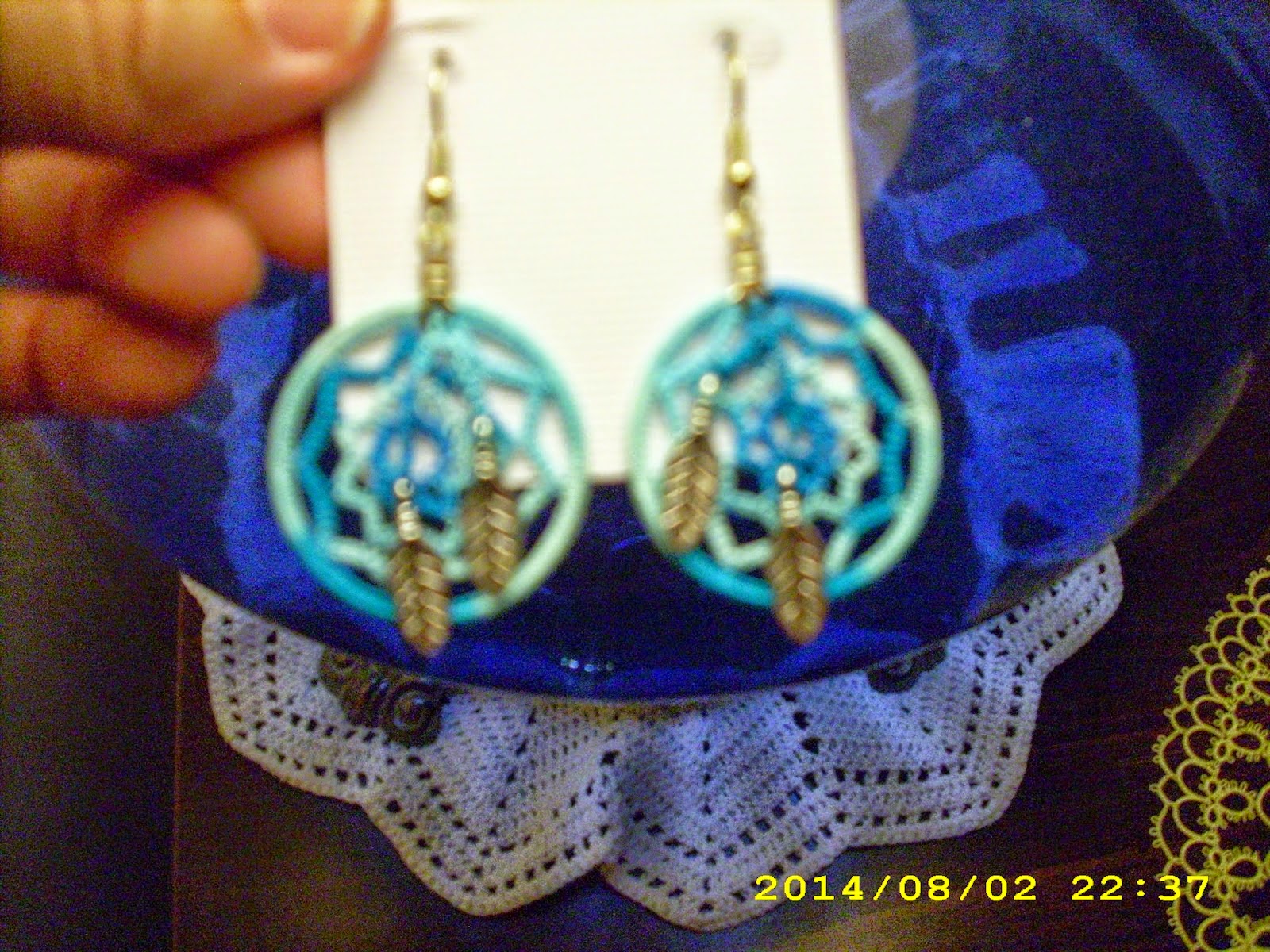 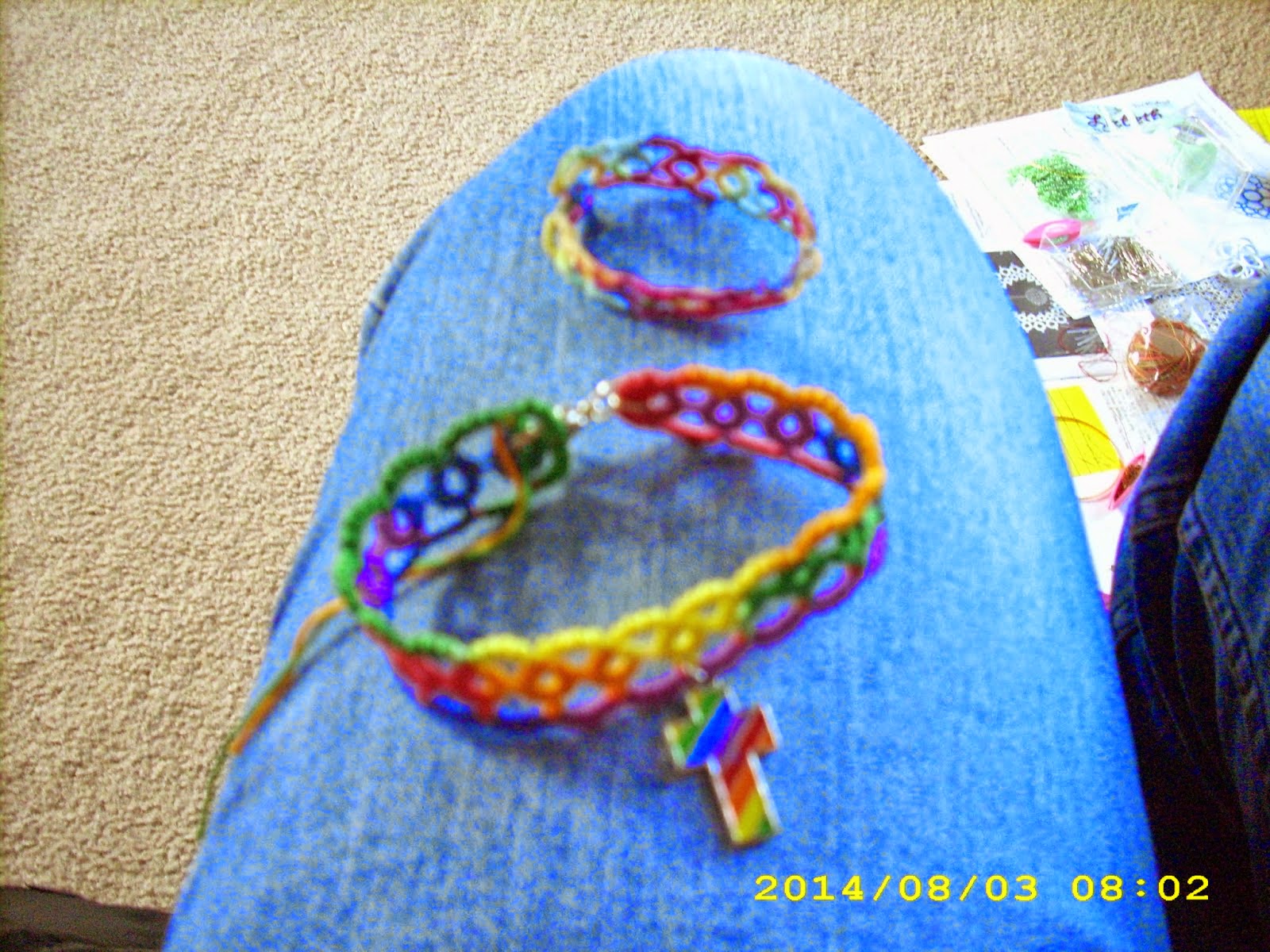 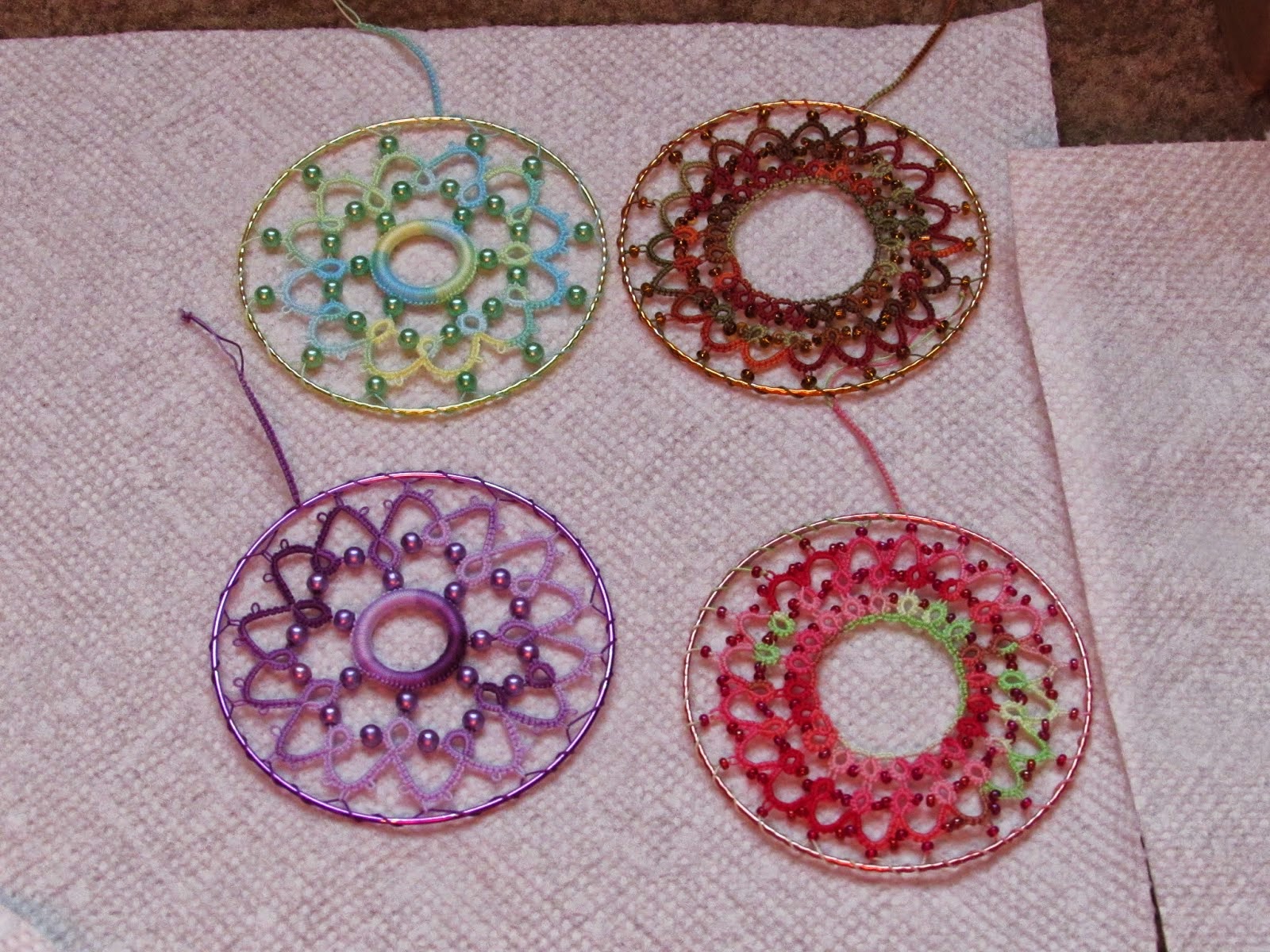