Jenn tatted the Lantana Pendant by Elaine P Gan from Tatting Box on Facebook and has plans to make it again in a solid colour.

Sue tatted Sally Kerston's Easter Button Egg after she got home from being called out because of a flood in the next village. 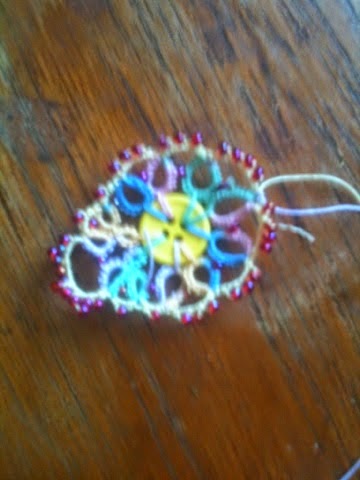 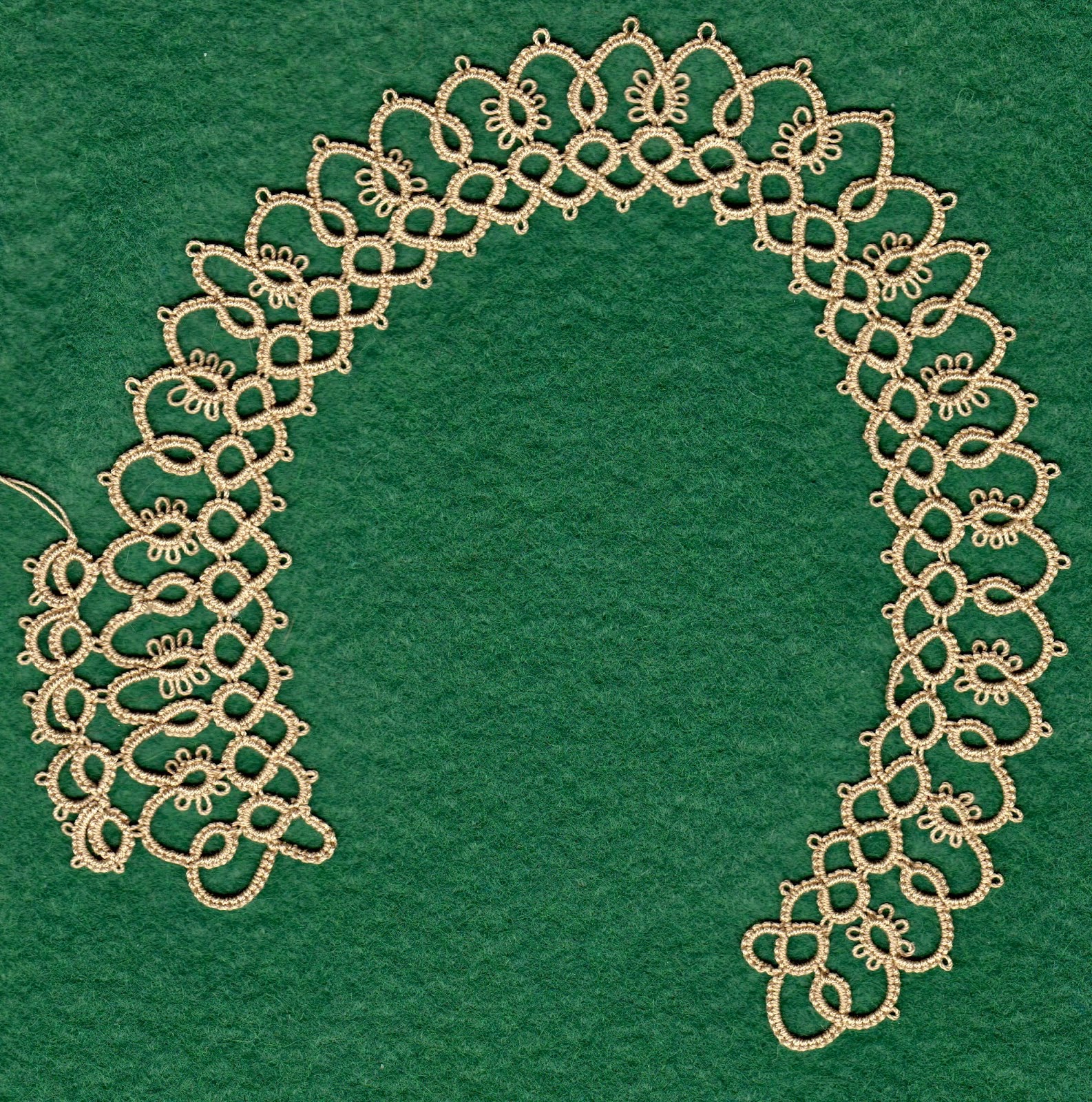 Diane is tatting the final round of Renulek's Letnia which she has thoroughly enjoyed, but she's ready to tat some snowflakes. She finished Renulek's Letnia and pinned it to her new blocking board. It blocked out to 16". 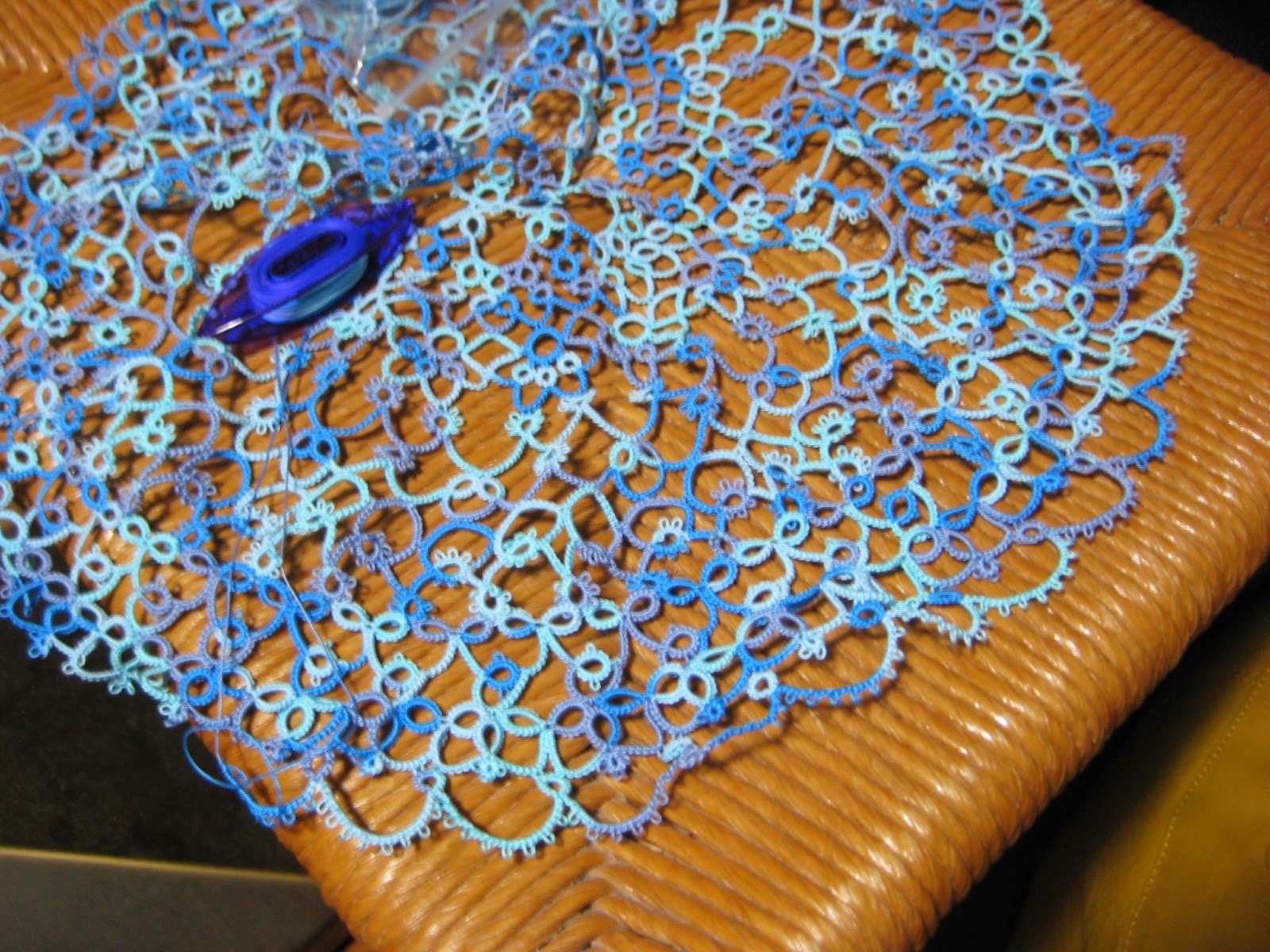 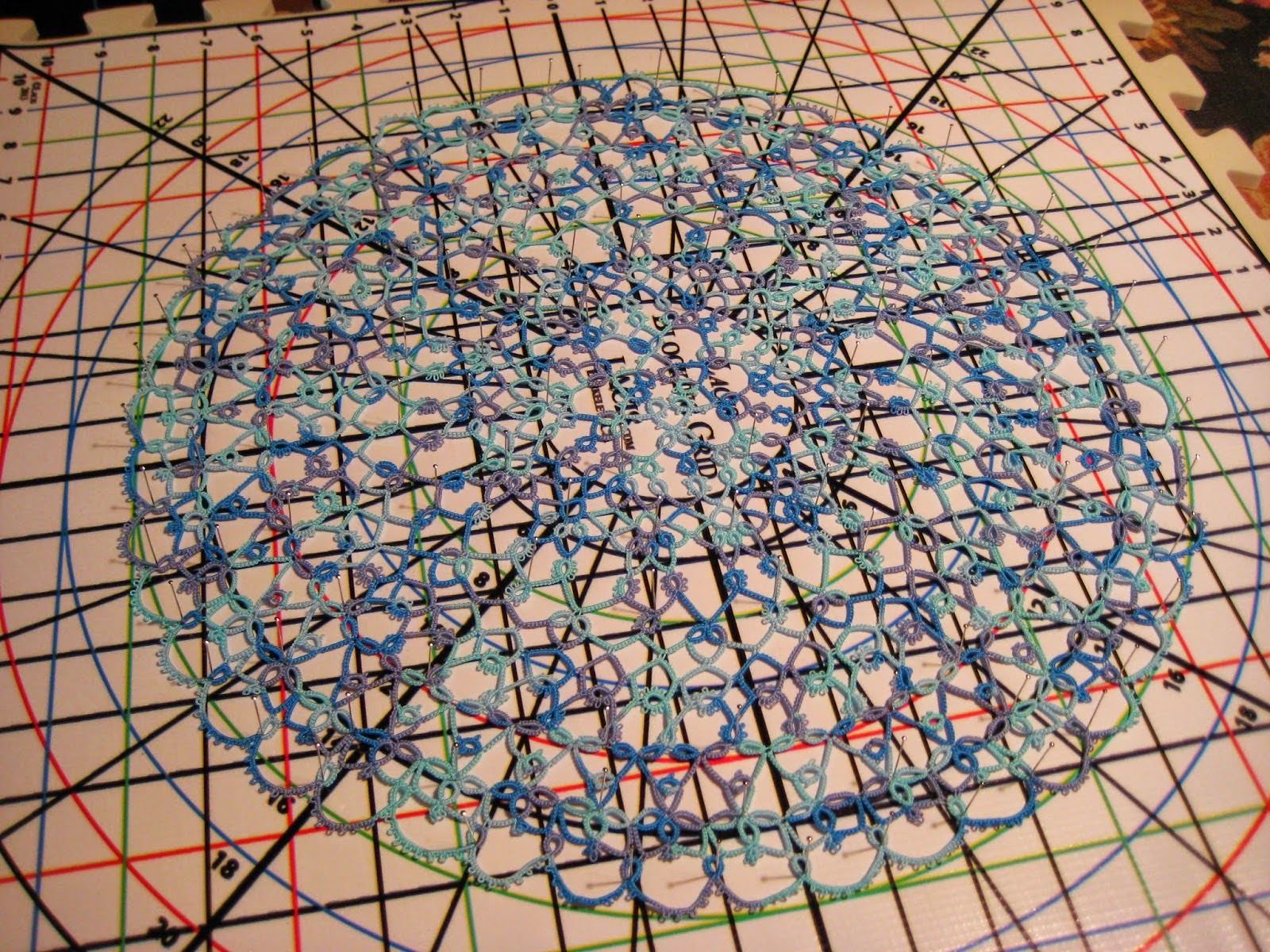 Fox has finished the hanky using Karey Solomon's HDT in size 40 and Mary Konior's Gossip pattern, which pressed out wonderfully. The blue hanky she did earlier would not press out neatly no matter what she did although both are the same, or maybe not. The Monster Stawasz pattern is giving her serious aggravation she's not loving the thread like she did at the start and she's already taken the scissors to it. Recognize this pattern? The monster doily is growing, but the DMC Perle is way too soft.... Have we been down this road before? 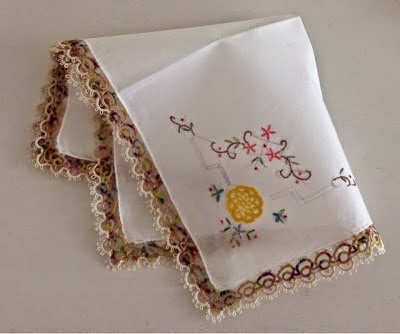 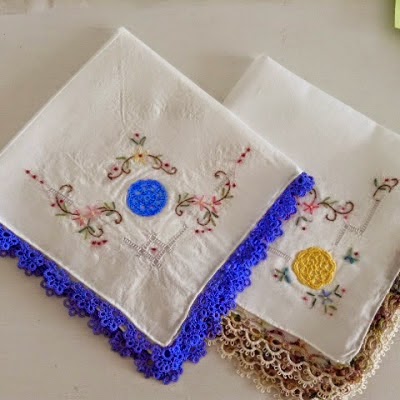 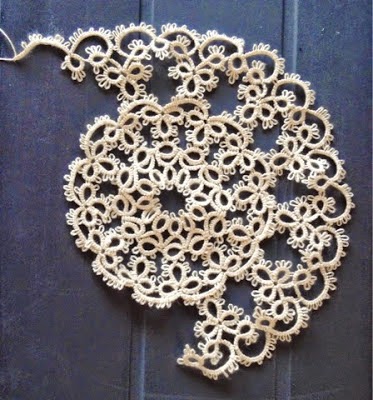 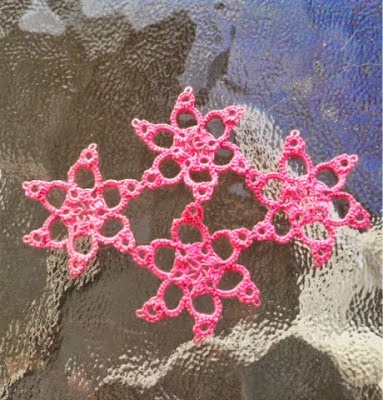 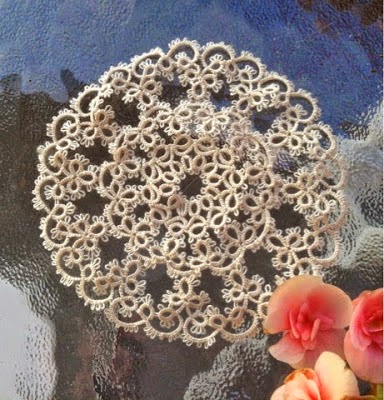 IsDihara hasn't been blogging for a while, as work has kept her busy, but in anticipation of Tat Days she's beginning a new lanyard.

Marie made a matching pair of Raindrop Earrings with two strands of metallic silver sewing thread. She had to give one of the mood stone pendants just one more tweak. 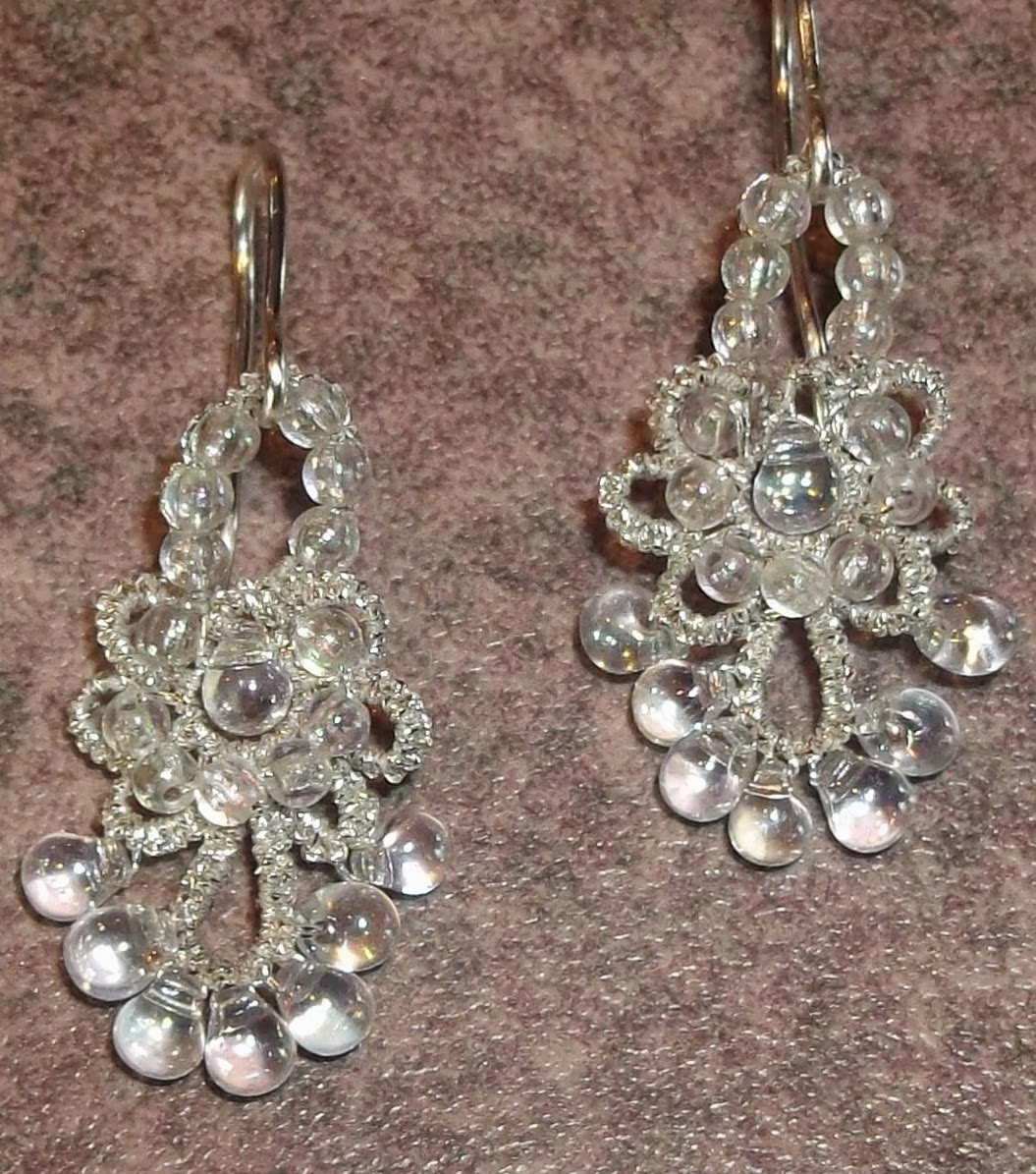 Wanda has a house project on the go that hasn't left a whole lot of energy for tatting, but she did wash out and block a doily she had done for her Mom, which had begun to look dingy.

Love the comment... So maybe I have travelled this route... A couple of times!: ))
Fox