Batty Tatter discovered these bells at a garage sale. They were made by Barbara Marshall from a pattern in Crafting Traditions magazine. 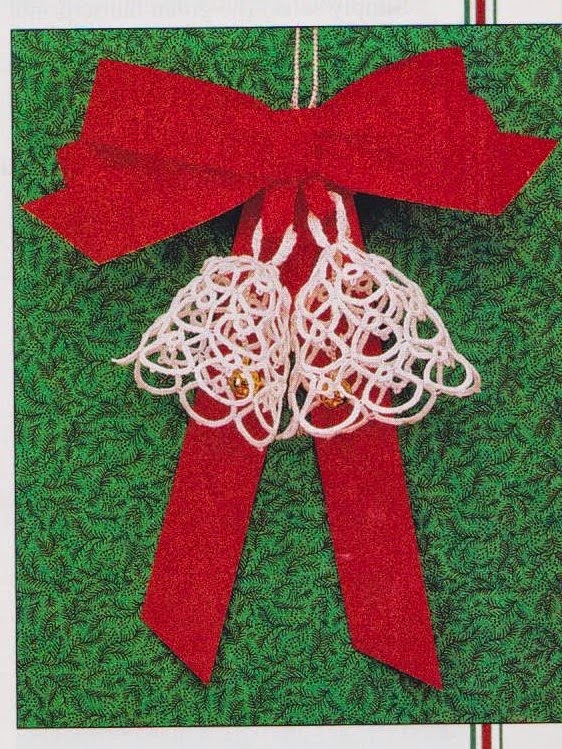 Lilas made her earrings in an assortment of colours and she wants to know, which colour do you prefer? 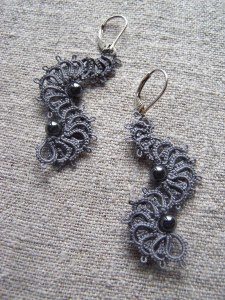 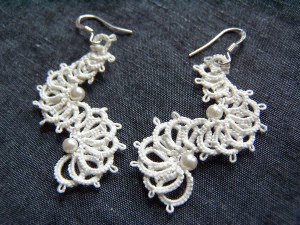 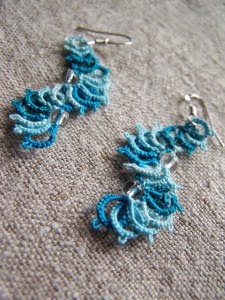 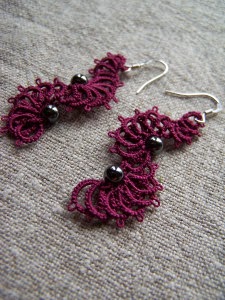 Phyllis felt she needed something to do while watching World Cup Soccer.The paperclip birds, called Bird on a Wire are from the Palmetto Tatters free patterns page. The Snowflake on a Paper Clip is a pattern by Ellen Lai. The motif is from the free-tatting.com. The Hucklebear is a pattern by Gina Butler, done in purple/periwinkle size 10. Kudzu is in size 20 green/yellow green and she decided to do a Bluebear in turquoise/sky blue in size 20, just adding a few stitches because of the finer thread. That finishes her 25 Motif Challenge in only 6 months so now she'll have to start another one for July to December. 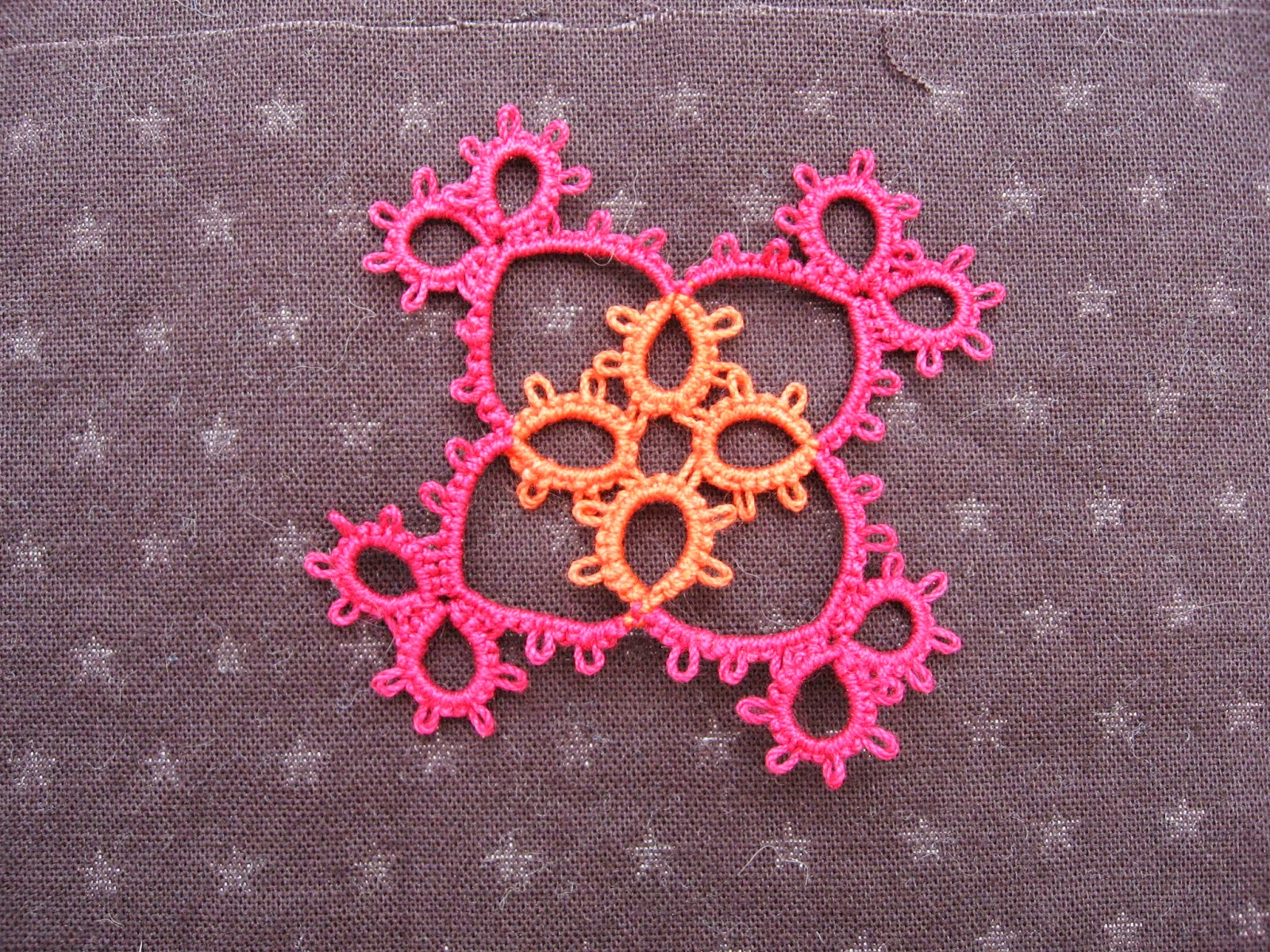 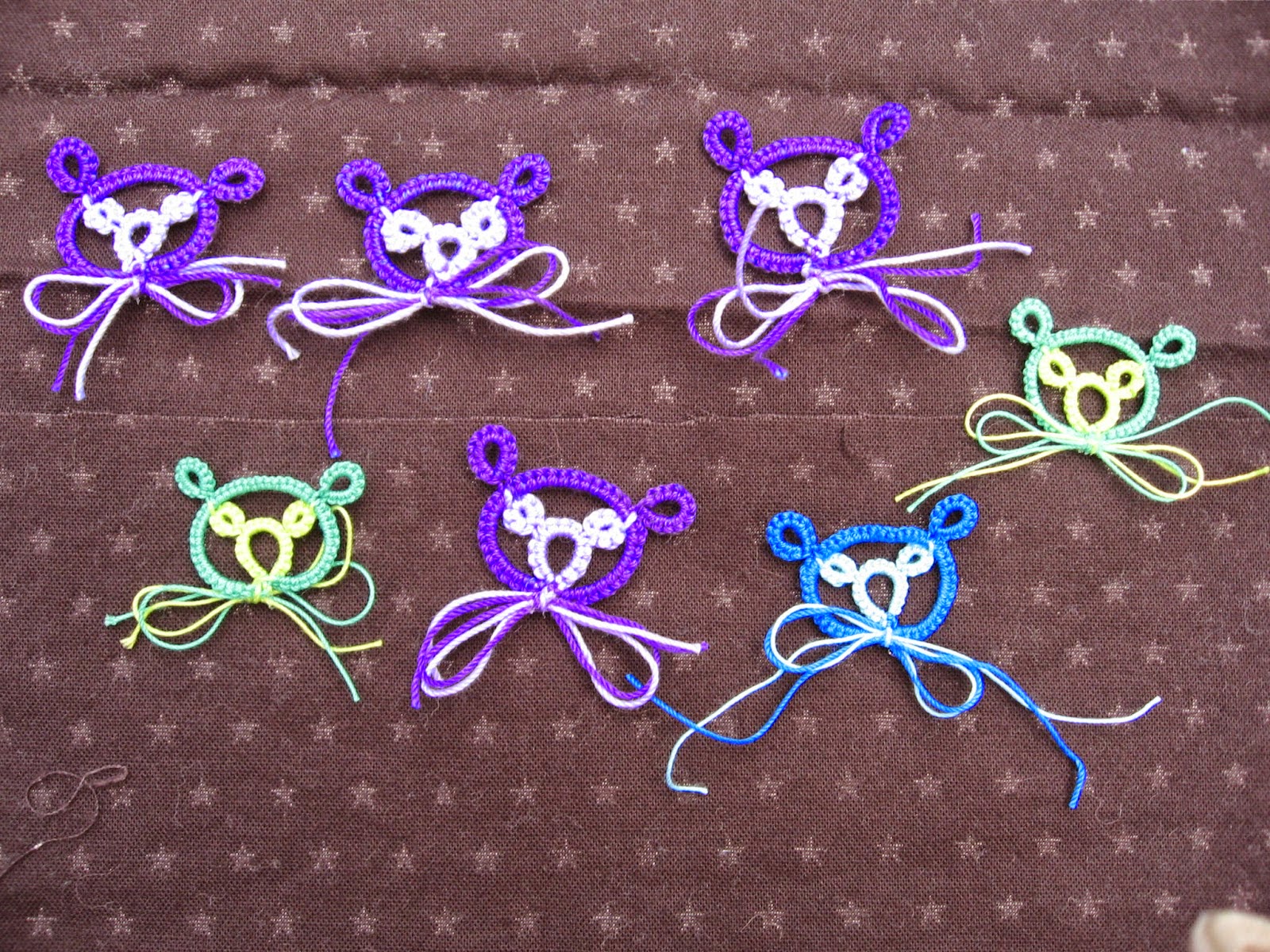 mb duke made this butterfly from the book Butterflies Migrating by the Palmetto Tatters in Lizbeth Pink Parade and Tropical Punch, leftovers on shuttles from previous projects. 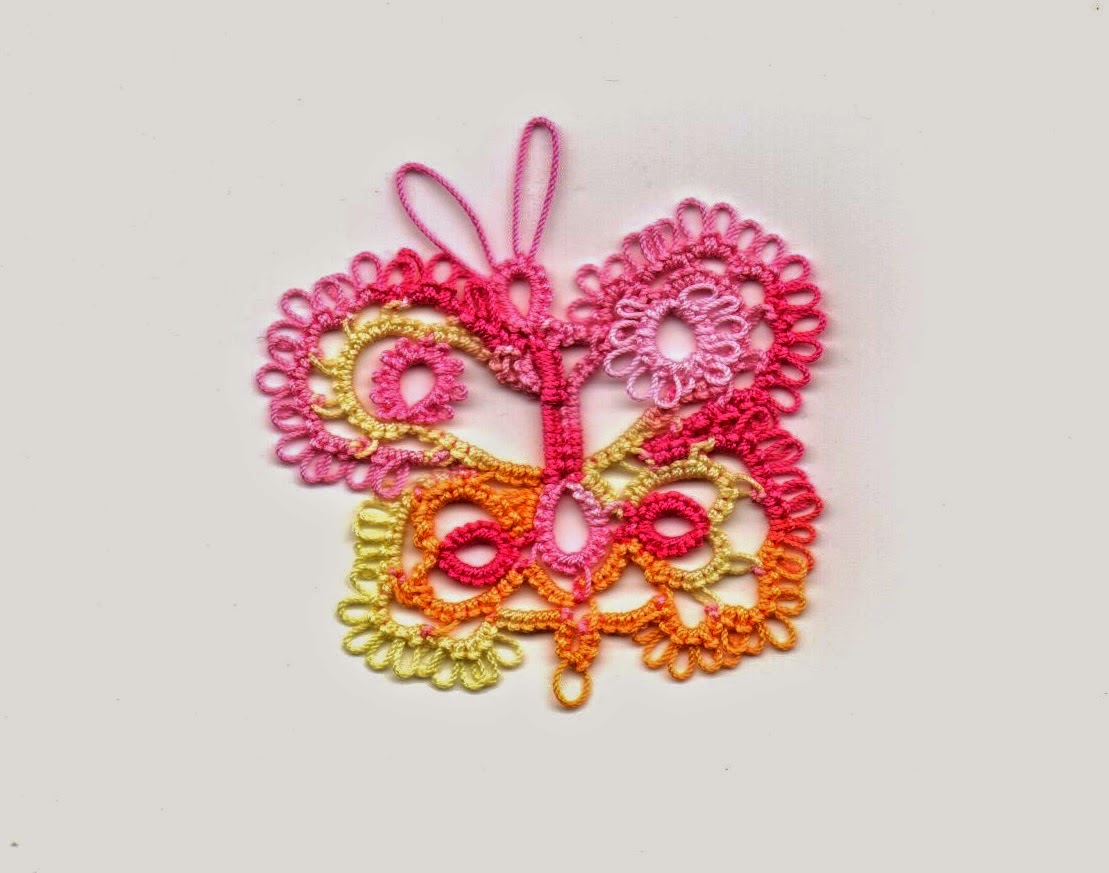 Nancy test tatted for her friend over at Tatting Box, a lovely piece she calls "Spring", worked in the new Lizbeth Twirlz thread in the colour of Monarch for the butterflies and leaves in Leaf green med.

Diane received an exchange package from Aileen in Singapore with tatting goodies. She ordered some flat shuttles and tried them out tatting motif #7 from Patti Duff's Minitats in Manuela thread. She's saving her Minitats motifs in this cute little tin. Other summer activities mean she's making very slow progress on Renulek's "Letnia. 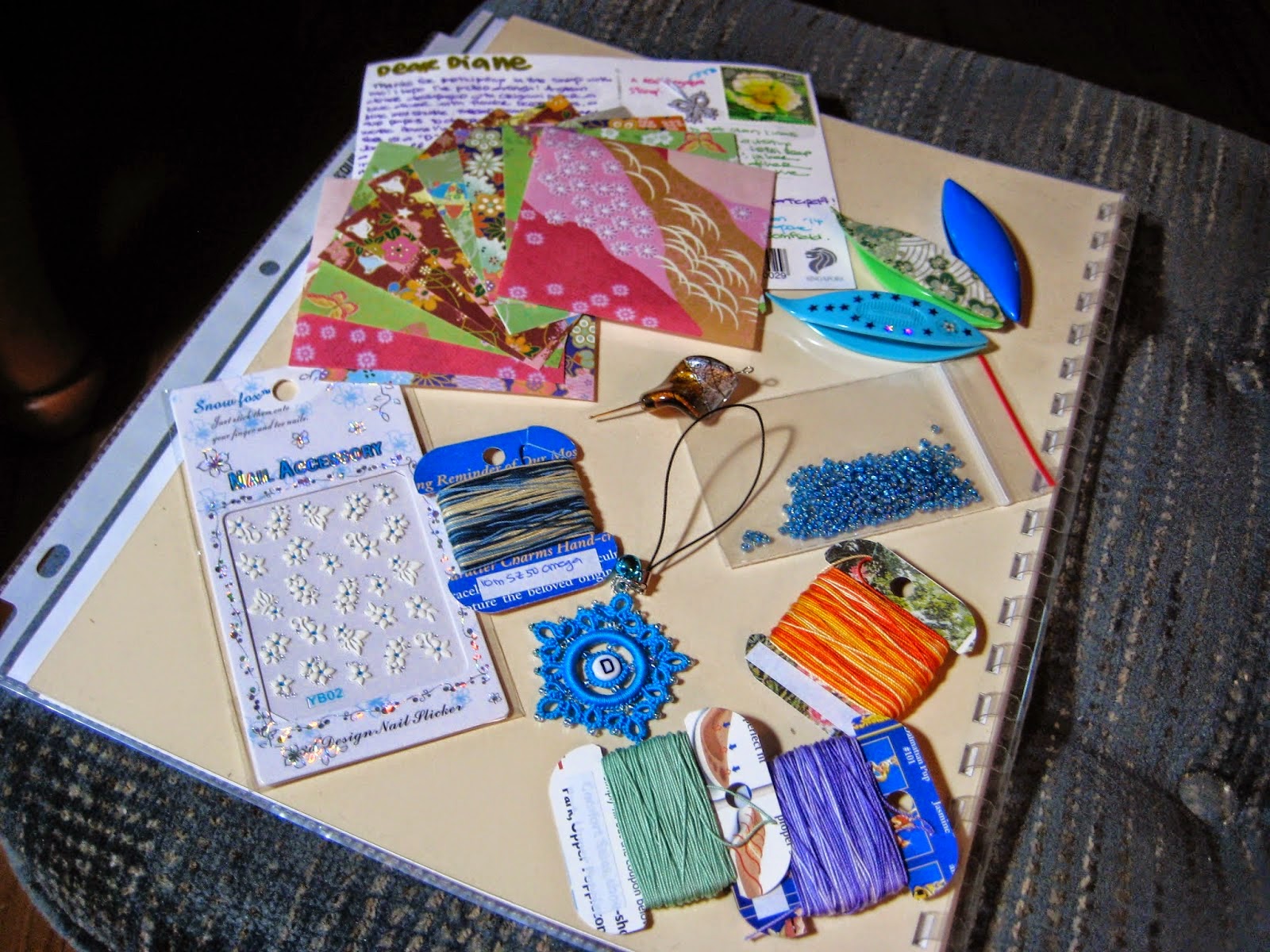 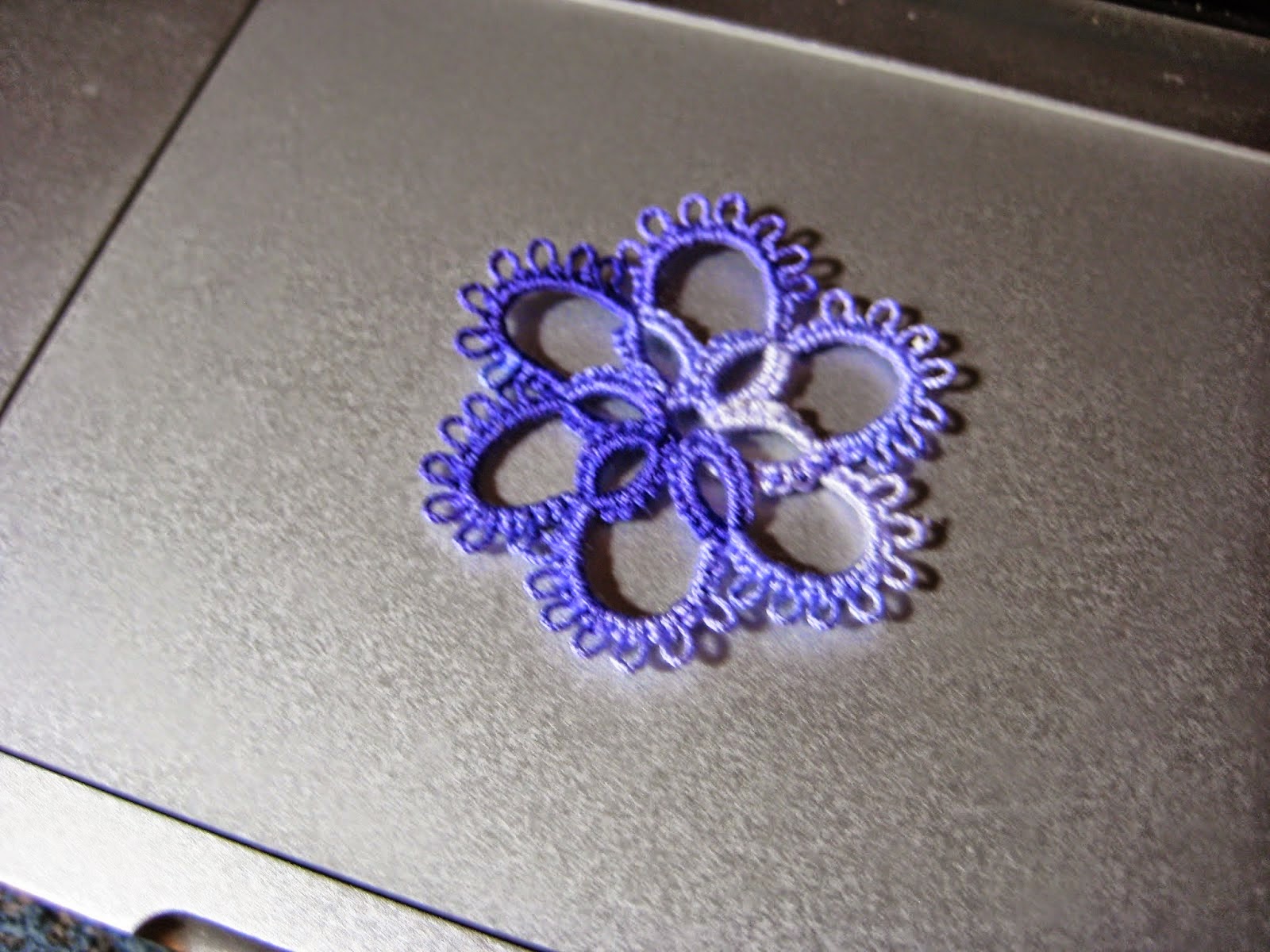 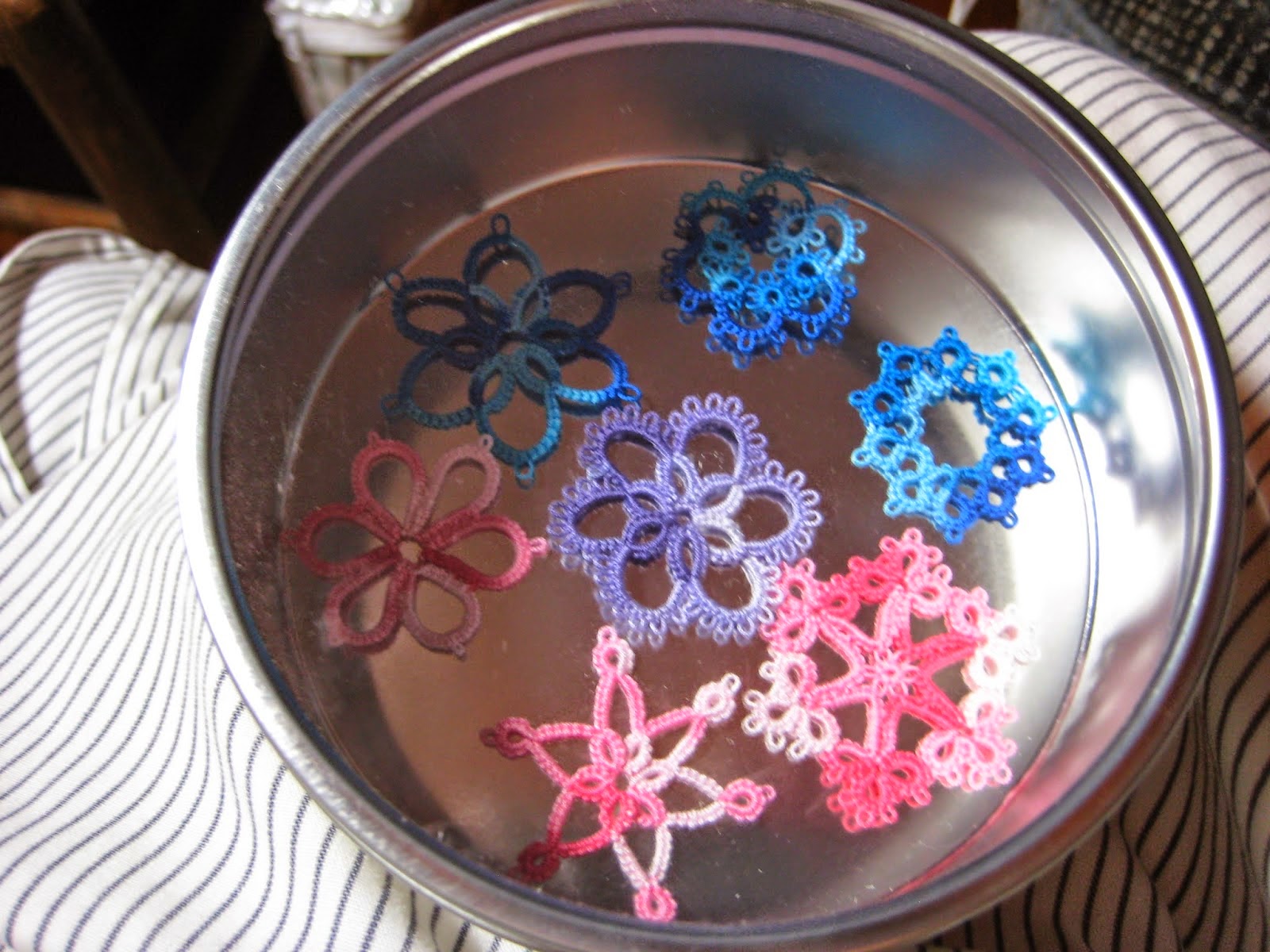 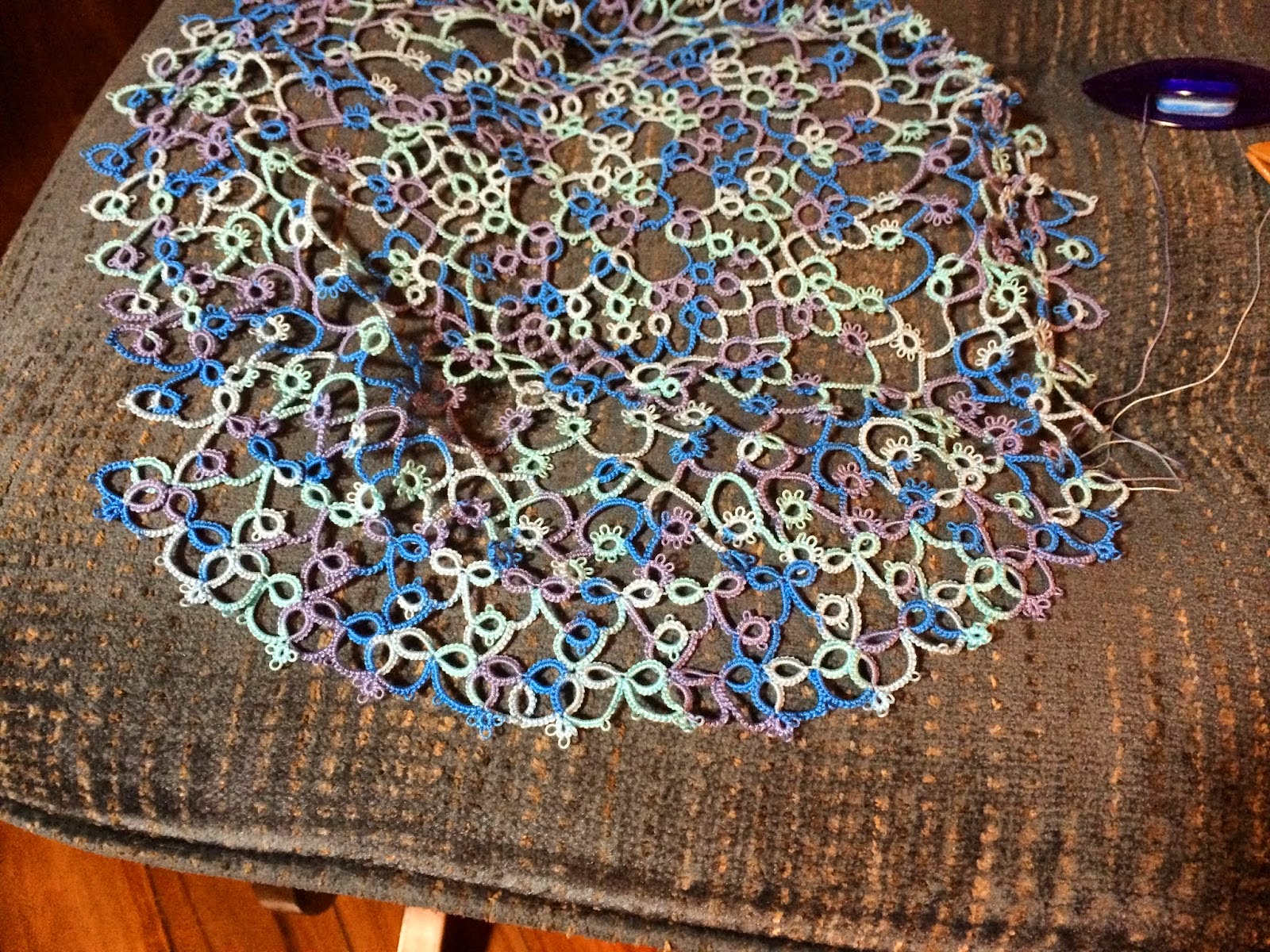 Fox tatted Oval Doily in Ecru Designed by Linda Davies, although she worked it in Sulky thread with subtle colour shading. 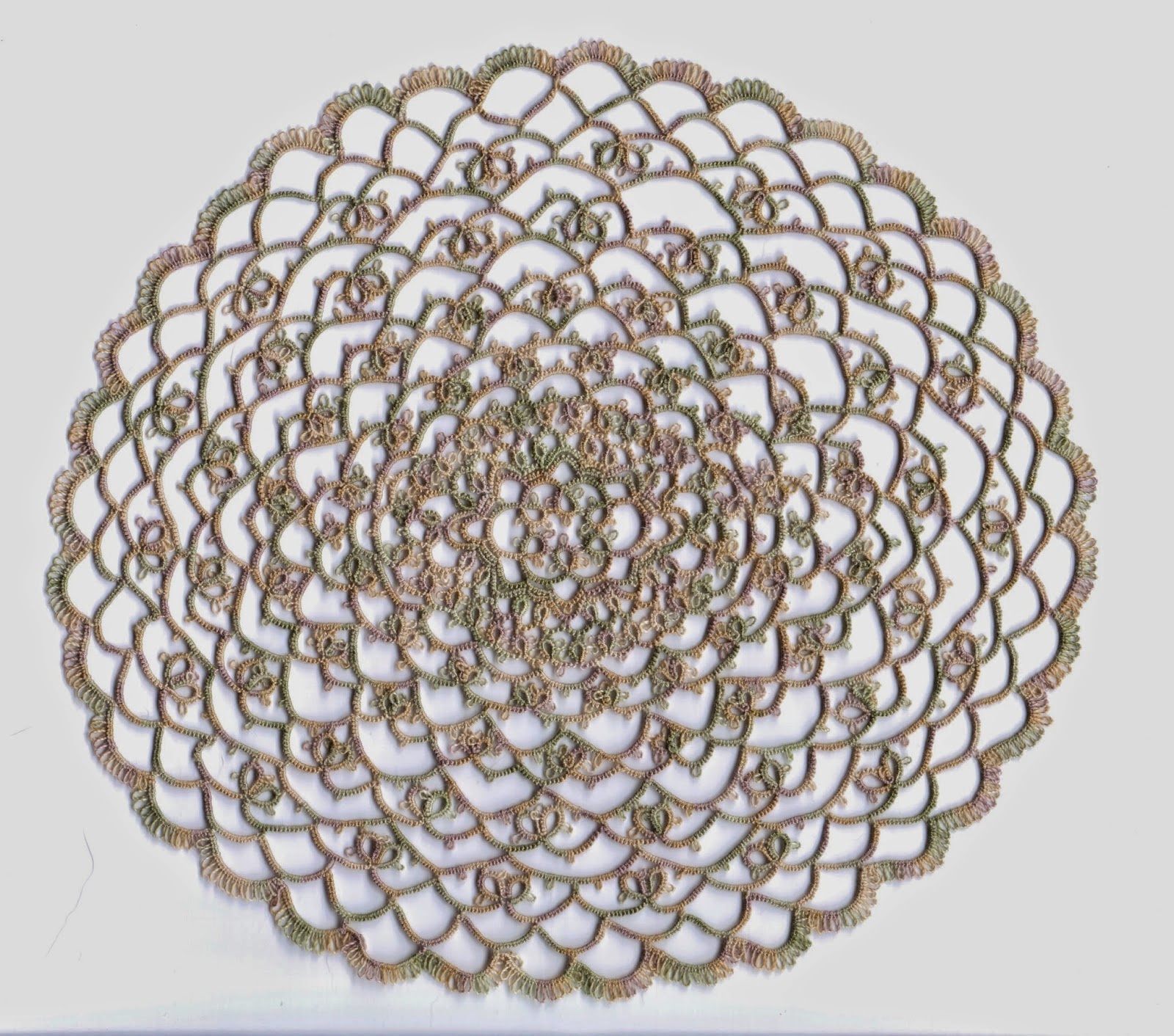 Marie tatted this pendant, named Teal Burst, with silver sewing thread and an opalescent focal bead. Berry Patch is an adorable pattern by Carollyn , which makes a little strawberry pouch with size 20 thread. 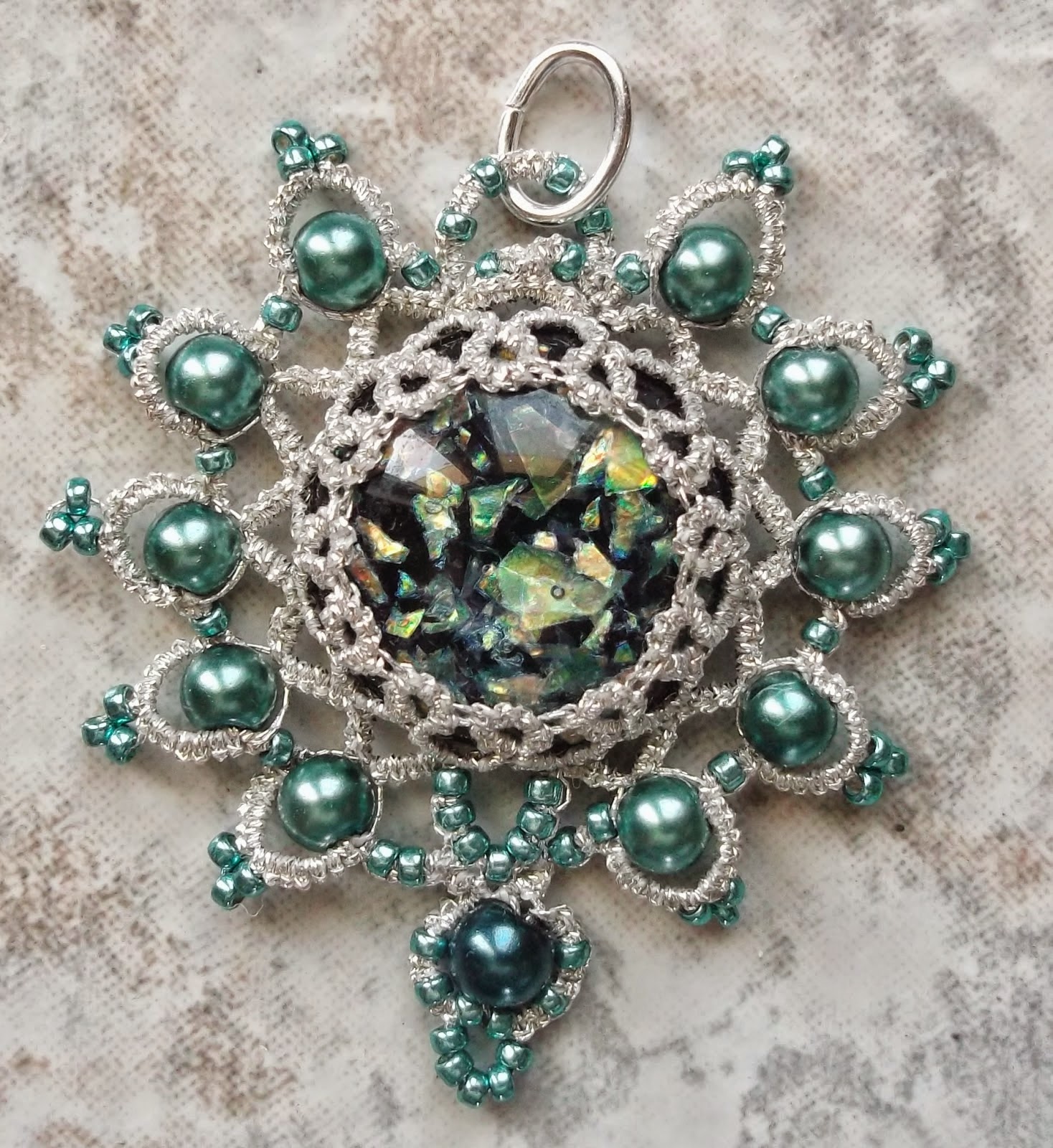 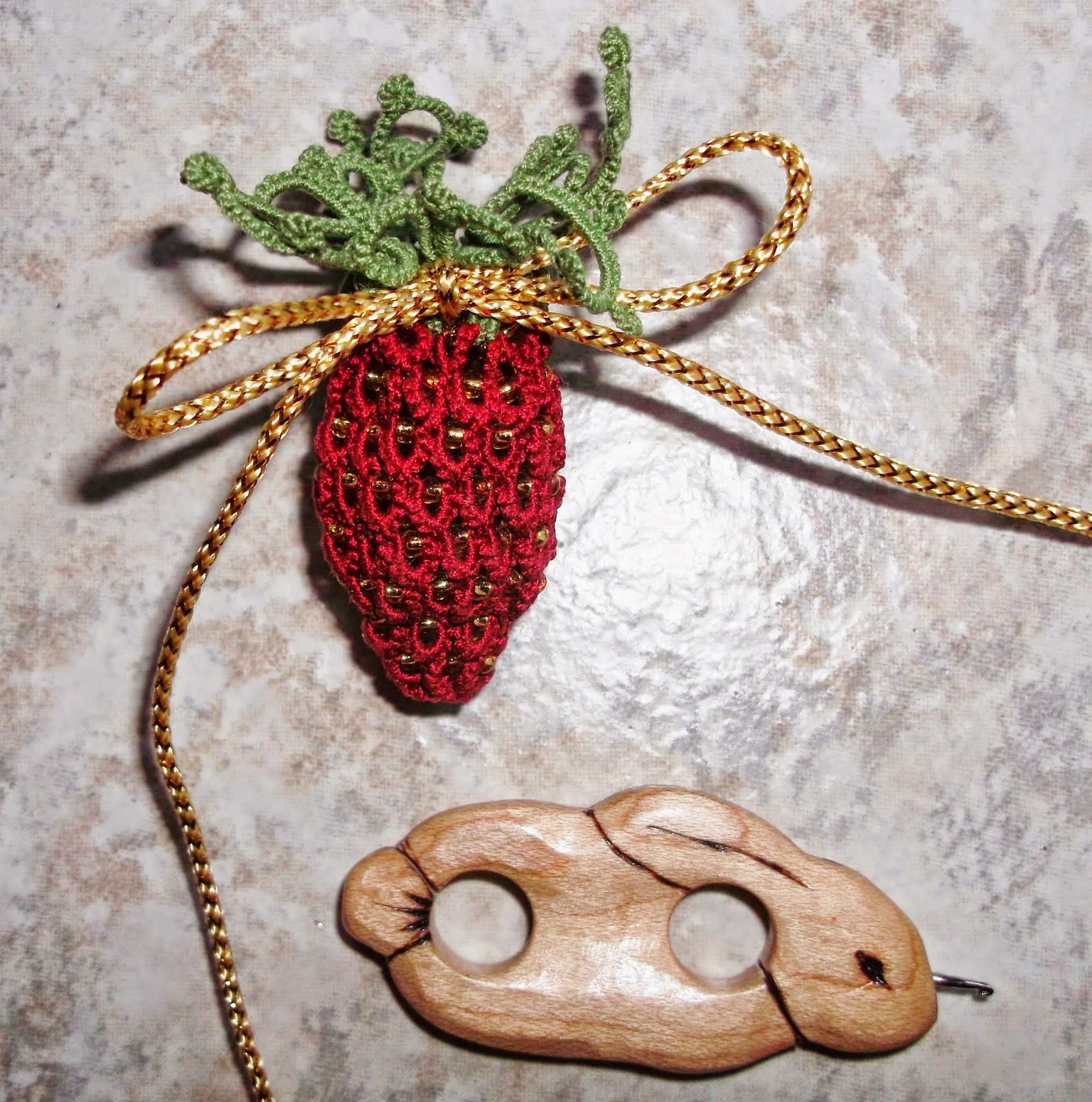 Martha created Serendipity Kitty by accident. She wasn't trying to make a cat, but she got one anyway and shares the pattern for it. 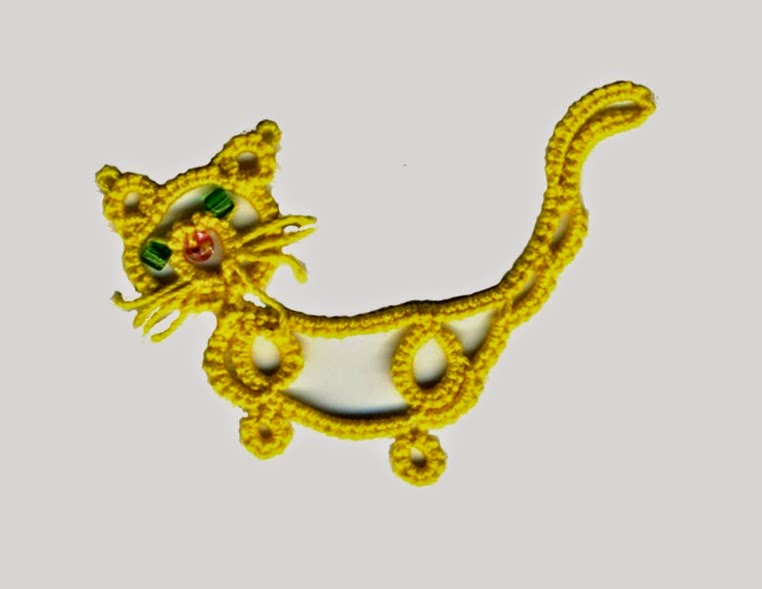 Michelle saw a lovely bracelet and it inspired her to design this. Her daughter loves dreamcatchers and although she was inspired by the ones done by Sue, she needed a little coaching from Grace. Her first effort was made in Herbal Garden Lizbeth size 20 which will be turned into a pendant for her first daughter. The second was done in Blue Ice for her other daughter. 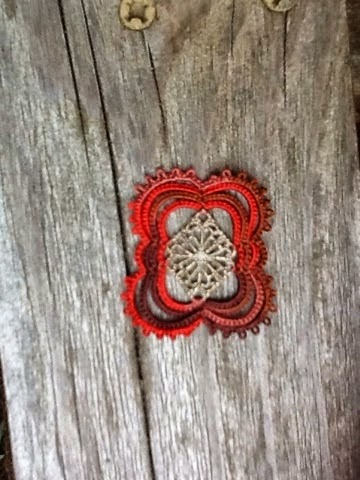 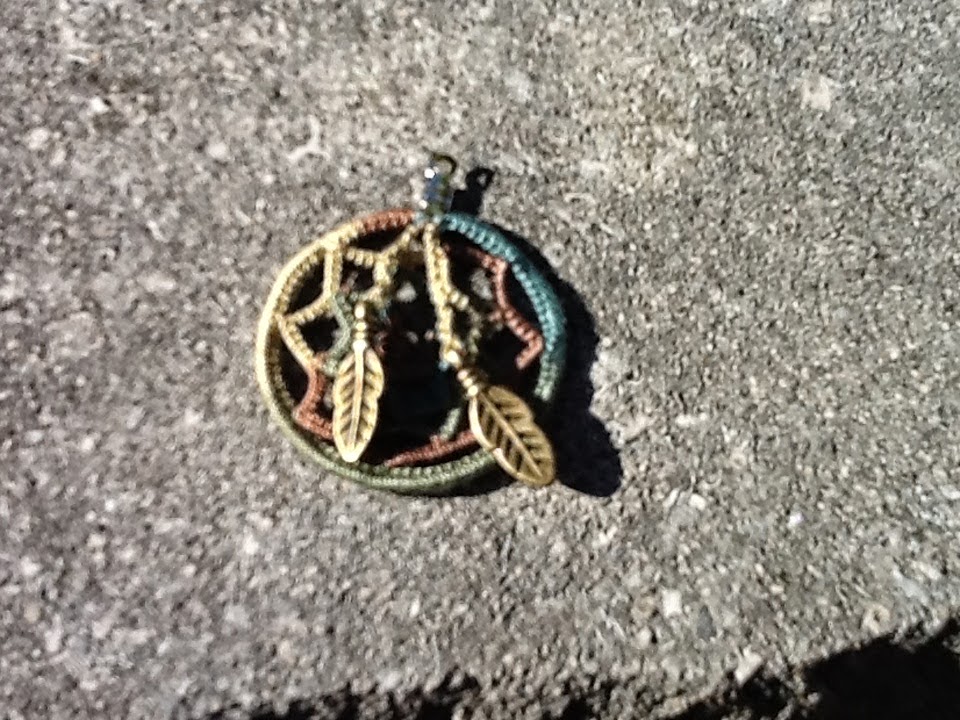 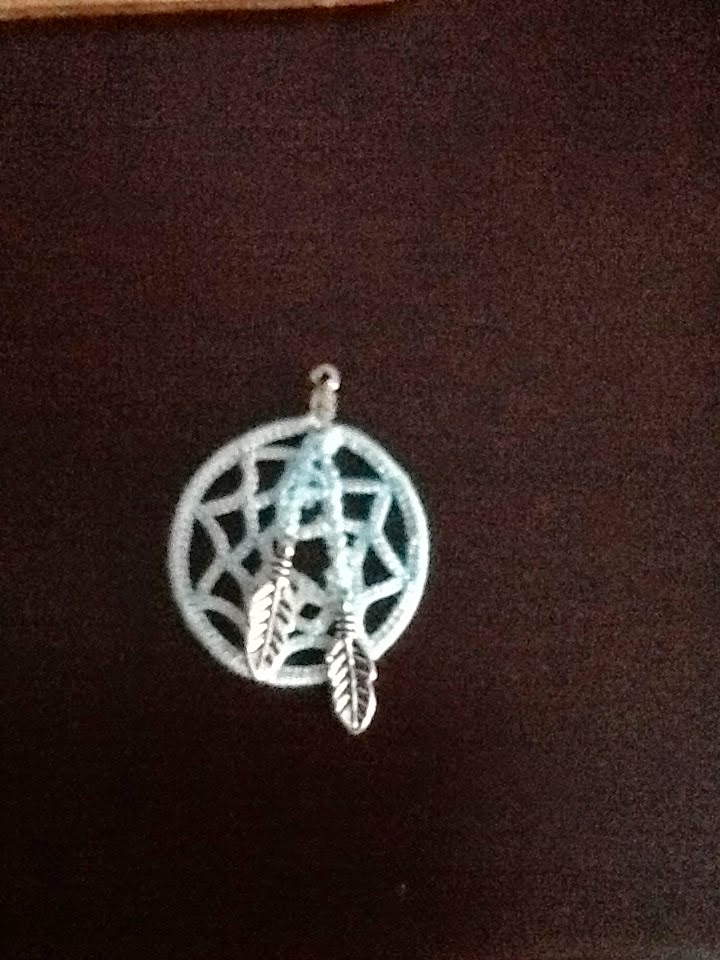 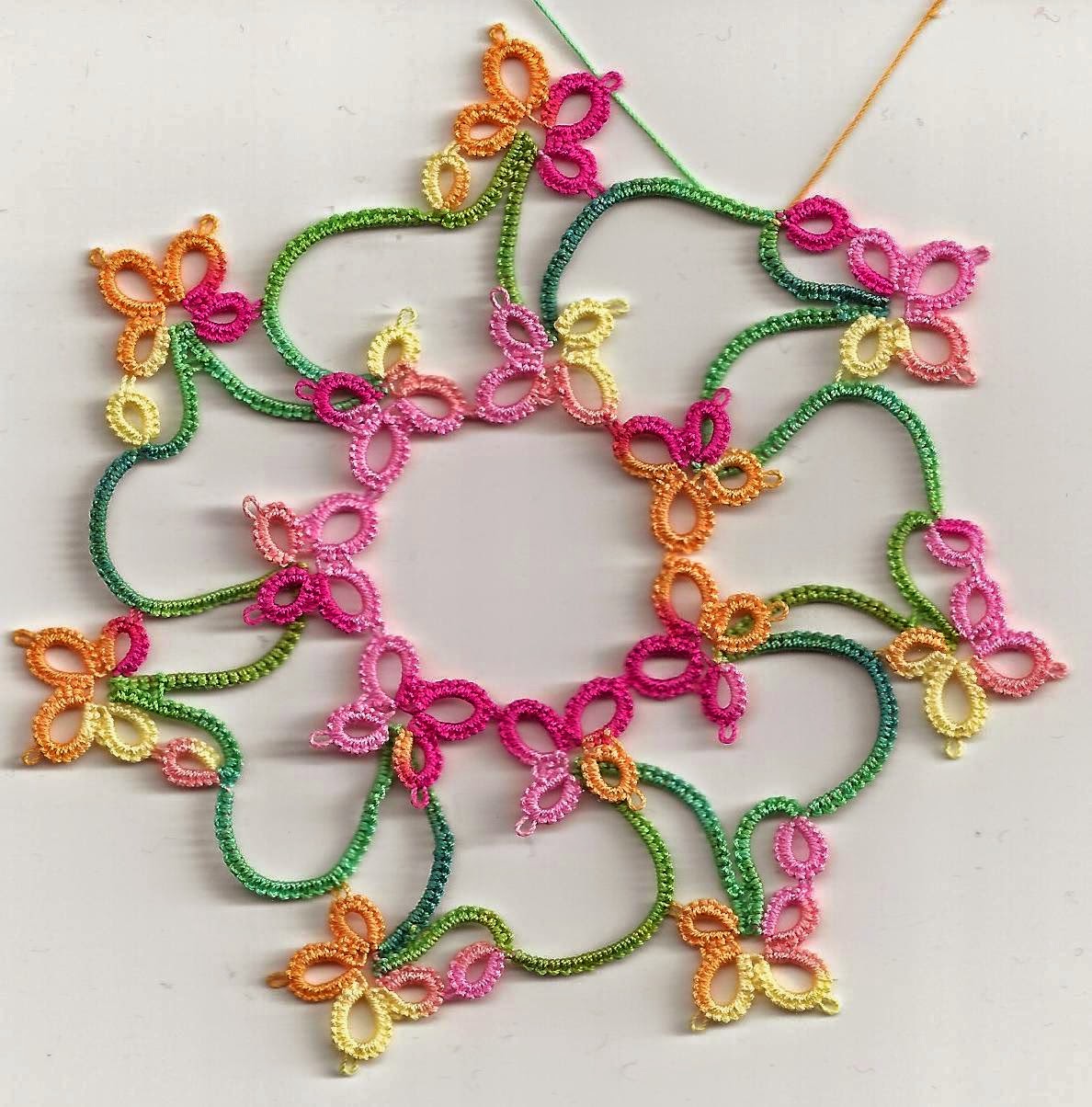 Wanda has some little red stars tatted for the fourth of July.