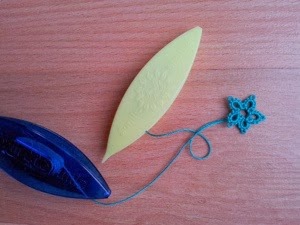 Phyllis is another new member in the challenge and she has been tatting a pattern by Anne Bruvold called Netty the Newt. 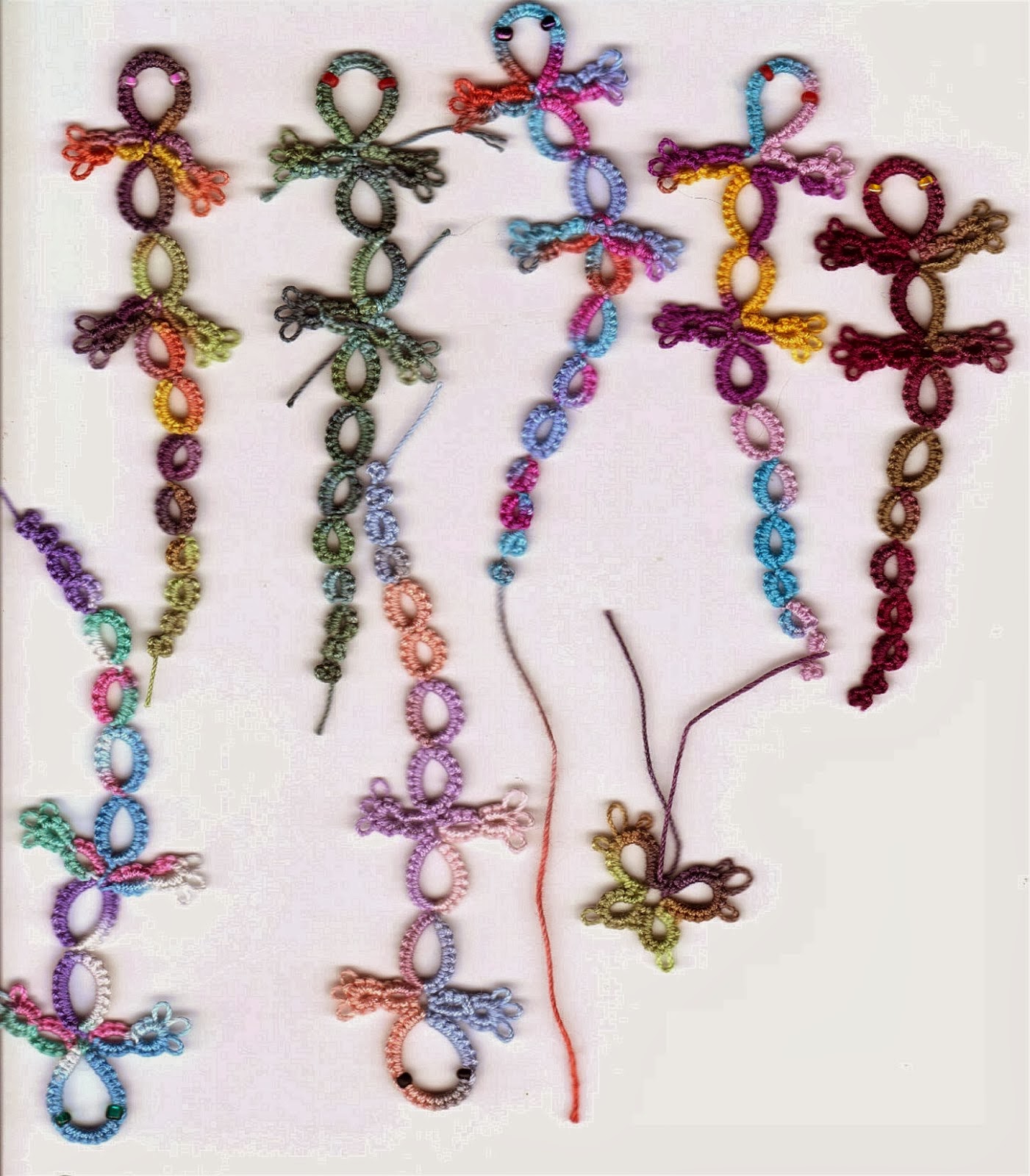 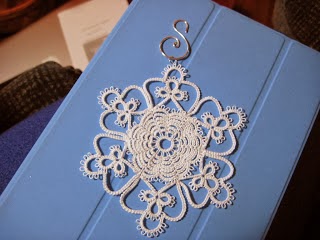 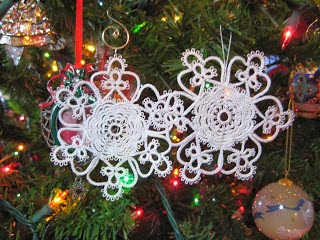 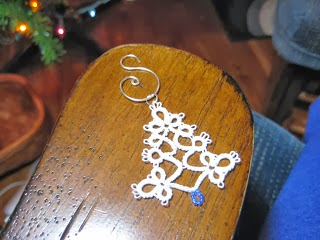 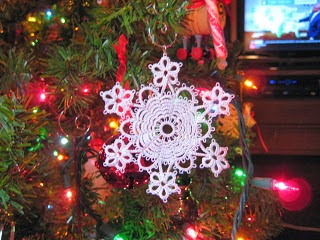 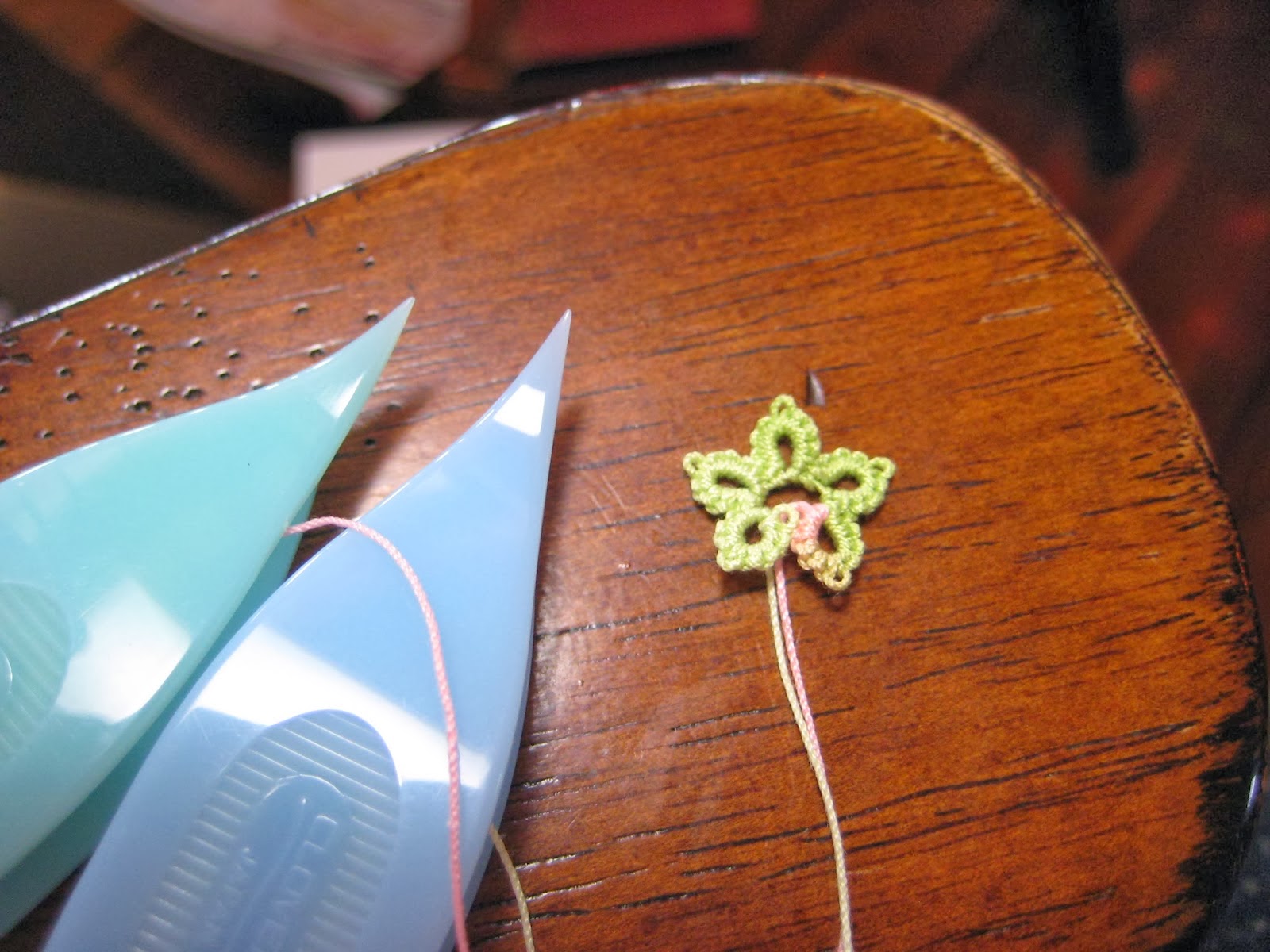 Fox was pleased to discover that what looked like a mistake on Irene by Iris Niebach, was just twisted tatting. She found this pattern online, which appeared in The Big Book of Tatting and she used #50 Altin Basak and #40 Lizbeth to tat it. Here's the beginning of a new Irene. 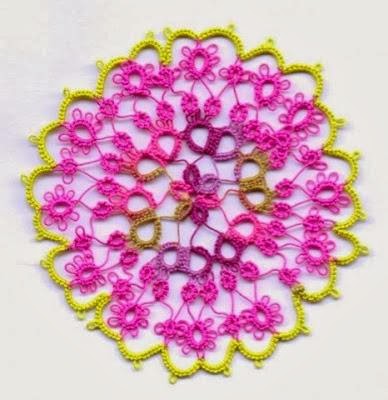 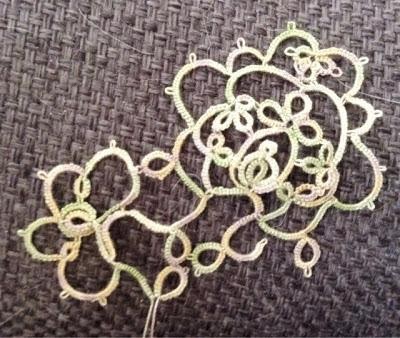 Kristen selected Forty Tulips from Ben Fikkert's Floriade to use Confetti and it's accompanying colors on. Charlie is modelling rows 1-3. Sanchai is checking out round 6. There seems to be an issue with tension as it's almost standing here. Kristen has also decided to start Jane's TIAS. 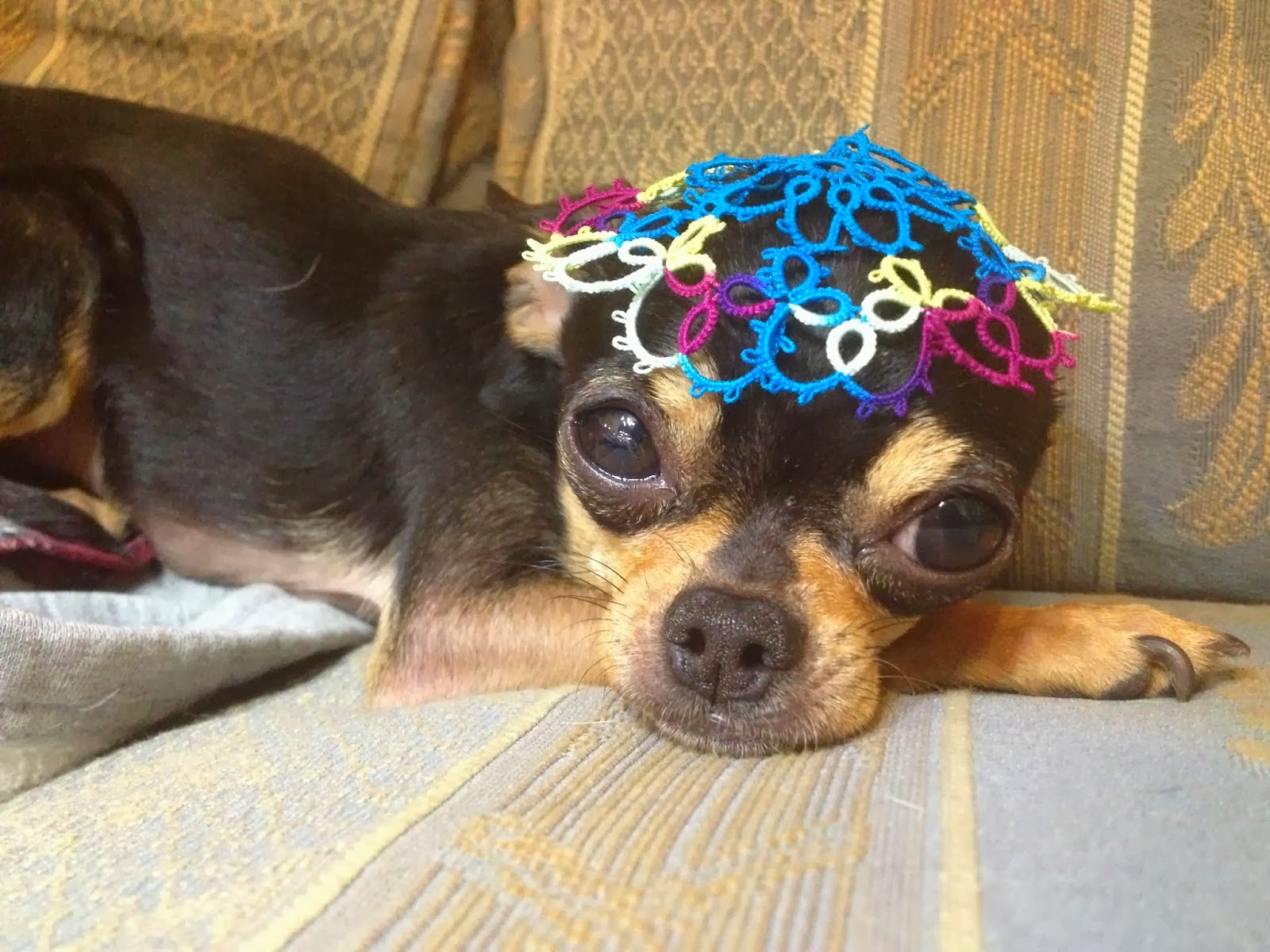 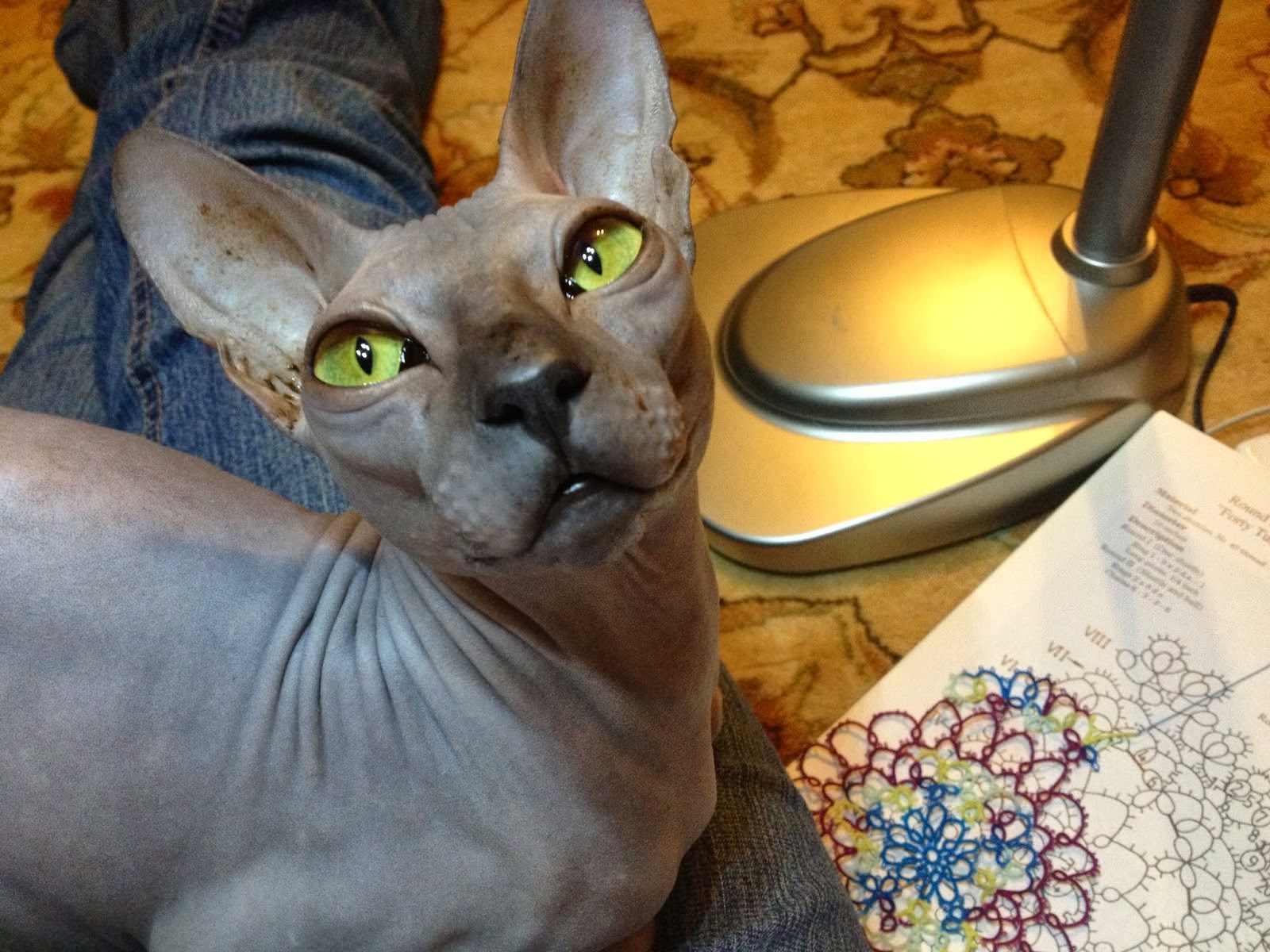 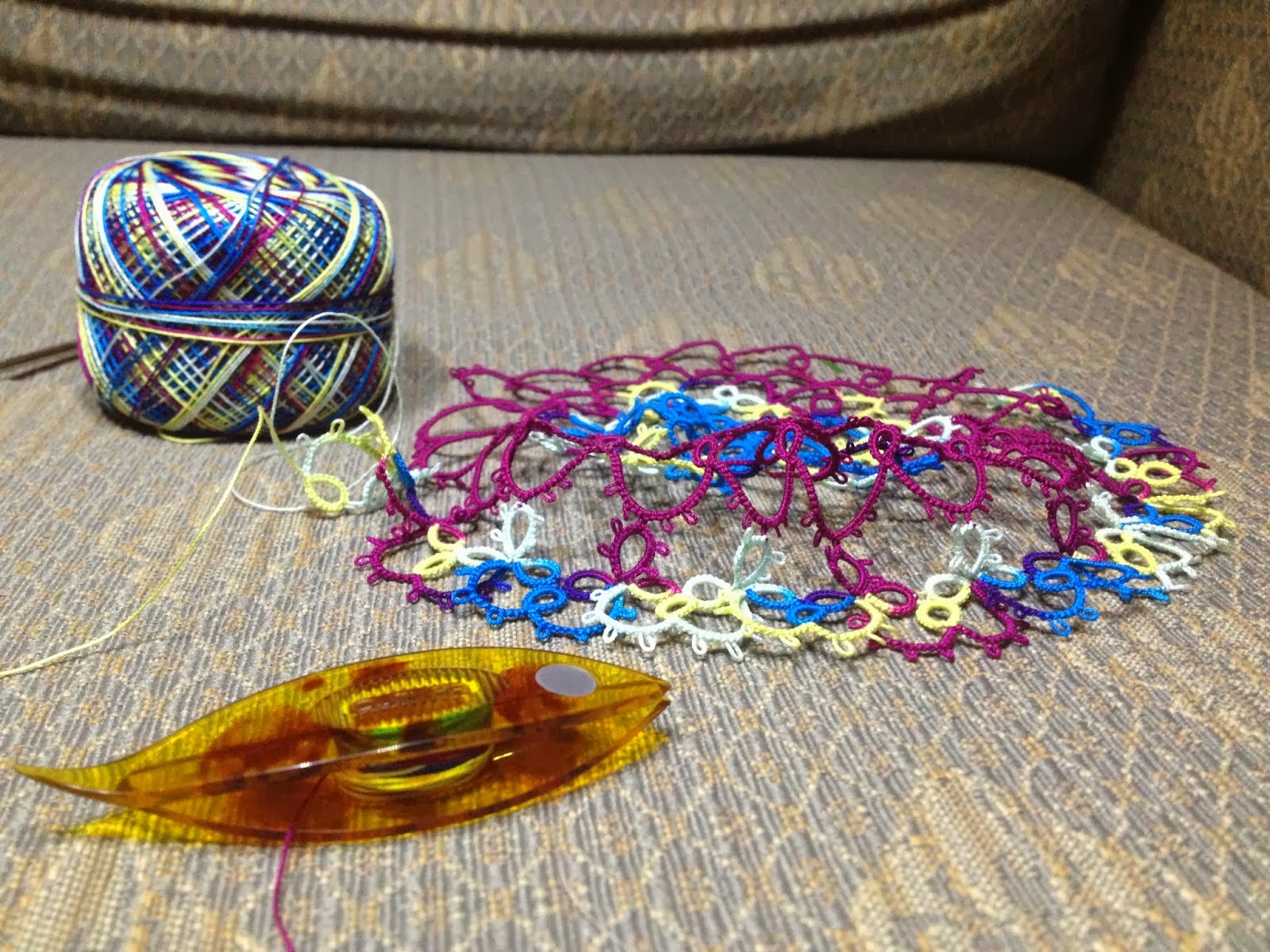 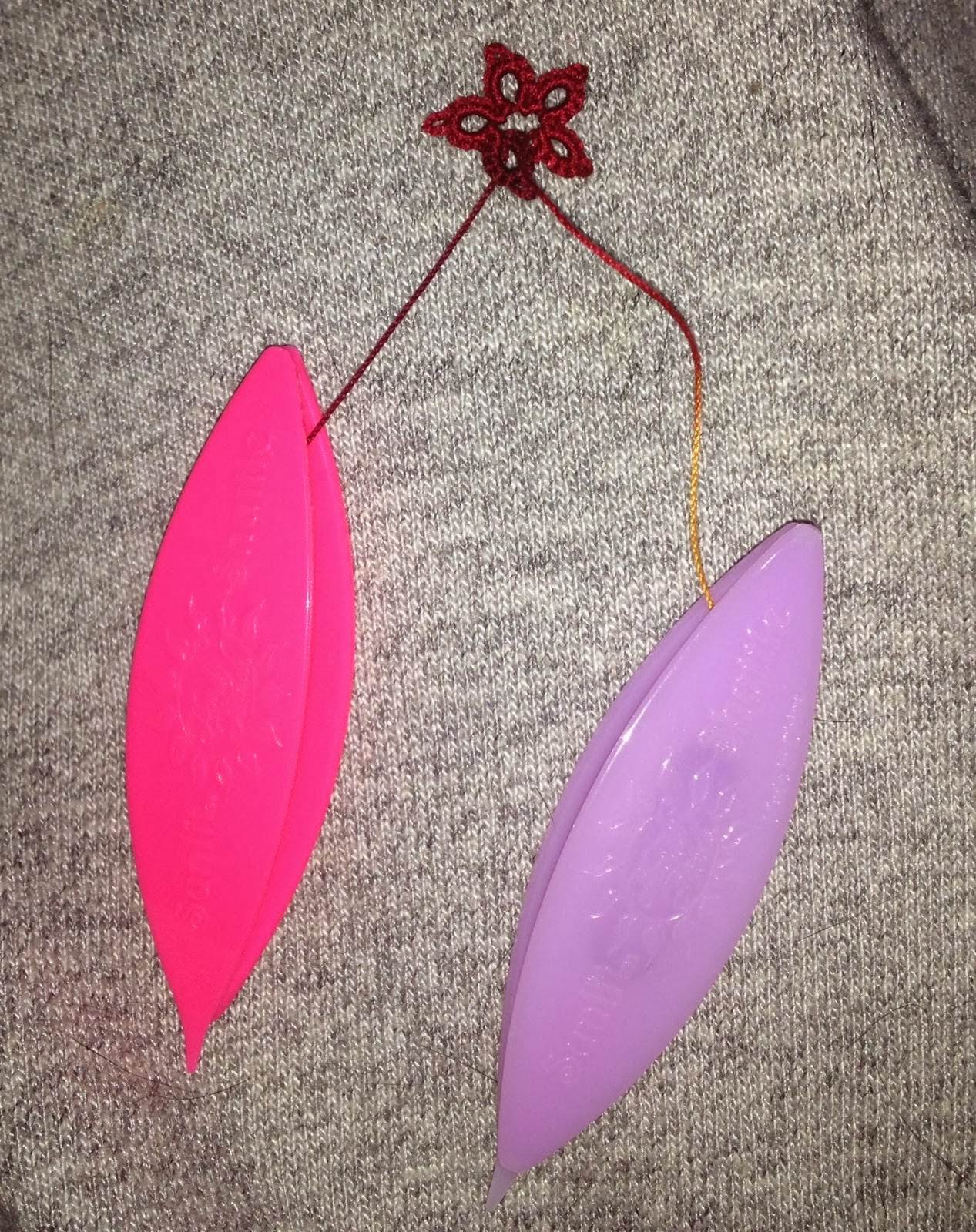 Marie has also joined the fun of Jane's TIAS and is working with a variegated crochet thread.

I'd like to join in with this as well.

My blog can be found at:

and my first piece is up there already - another person doing Jane's TIAS! LOL