!!  NOTICE  !!
It isn't necessary to start your challenge in January, but it makes a good incentive. Could you tat 25 pieces of lace before next year? Why not challenge yourself and try. We're here to cheer you on.

Aysh started a second flower, thinking it wouldn't take too long, but there was something about it that bugged her so she put it aside and changed thread colours to make lace for her daughter's bottle covers, but there wasn't enough thread on the shuttle so she's stalled again. 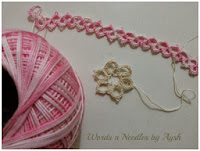 mb duke started this wreath pattern from Tat-man.net in Lizbeth Christmas Green size 40 with red seed beads knowing that she wouldn't get it done in time for Christmas. It took serious blocking to eliminate the ruffles after it was done. The last snowflake of the year is the lovely, Le Flocon by Frivole. 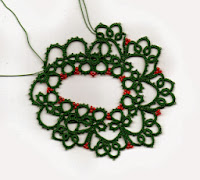 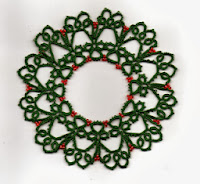 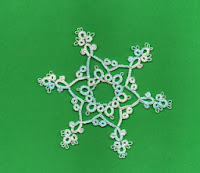 Lelia tatted this little motif in Lizbeth size 20, colour 621. The daisy motif is in Lizbeth 20 colour 615. This motif done in Lizbeth 20 colour 644 although pretty, has a mistake, so she wanted to do it again. Here it is as it should be. Here's the design from Minitats done again and she thinks this one looks better. 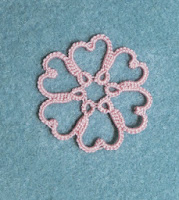 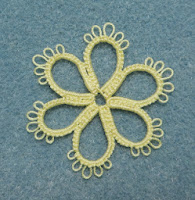 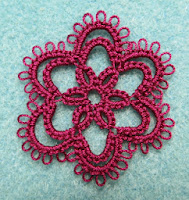 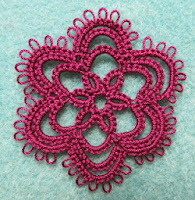 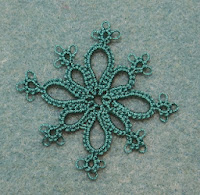 Nancy has posted a picture of a collection of small beaded snowflakes. 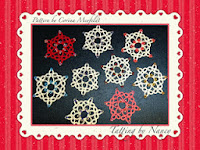 Diane was glad for Margaret's challenge, as it meant she managed to tat a lot of snowflakes in time for Christmas. Her last one was just a little doodle. She didn't have time to post the picture of her little tree before, but here it is will all of the snowflakes on it. Snowflake #1 from Snowflake Roses by Denise Munoz was really pretty, but as she blocked it she noticed some extra picots. Before re-doing it, she decided to tat her Doodad Snowflake #1 with blue beads. Hanging them on the tree she realized that  a doodad might make a good substitute for the centre of Snowflake #1. 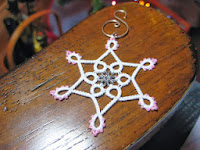 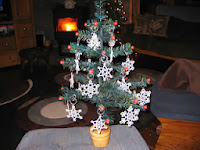 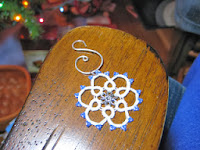 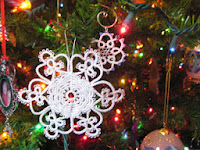 Fox has started January with a design that isn't difficult but needs concentration using Altin Basak thread. She used Sally's teal Cèbèlia and her own denim #30 to tat Harriet, designed by Kirsten Christensen. The Blomqvest and Presson pattern is tatted in Sulky, #80, with a second picture to show scale. Isn't it tiny? Irene by Iris Niebach tatted in #50 Altin Basak and #30 Cèbèlia with an unnoticed mistake. 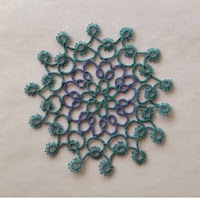 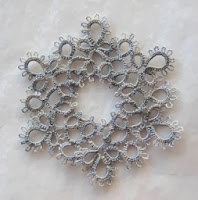 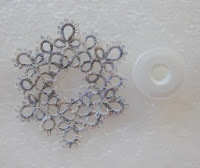 Kristen had to tat just one more design for 2013 and used small flowers made from thread leftover on shuttles to make this motif. Not being satisfied she had to tat one more design a Ten-Pointed Snowflake from Christmas Angels and Other Patterns by Monica Hahn. 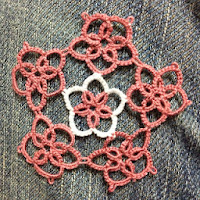 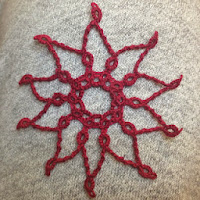 Marie doesn't remember where she found this pin for the "Jesus is the heart of Christmas" card. The tatting was done with size 20 crochet thread. Another pin found at an antique show was tatted around with Lizbeth, size 20, Azalea.  This pin,  found two years ago at an antique show, had tatting added using two strands of sewing thread. Lizbeth, size 20, Blue River Glades was used on this very sparkly pin. 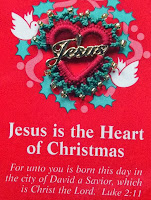 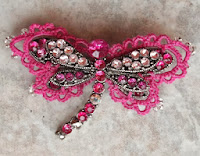 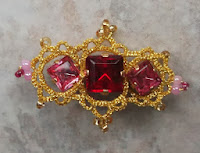 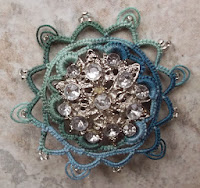 Martha tatted the Amanda doily from Iris Niebach's book Tatted Doilies in size 30 thread and finished off another 25 motif challenge. Her challenge this time was to count only motifs from the books on her shelf, since some of them go too long without being opened. She has decided to start another challenge tatting vintage patterns from before 1925. 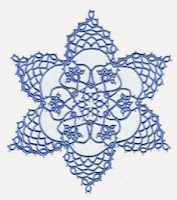 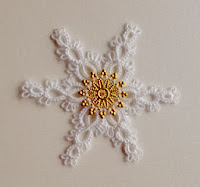 I would like to challenge myself this year. Please add me to the list. Pictures can be found at http://phyls-handwork.blogspot.com

Hello,
Happy new year to all.
I would like to participate to the challenge. Please add me to the list.
I will post pictures on my blog: oclairedelune.wordpress.com