Sue has day 9 of TIAS done and she's told Jane it's a Thingummybob with a Jigamatwist on the side and a Hurududu underneath. Maybe we'll just wait and see. 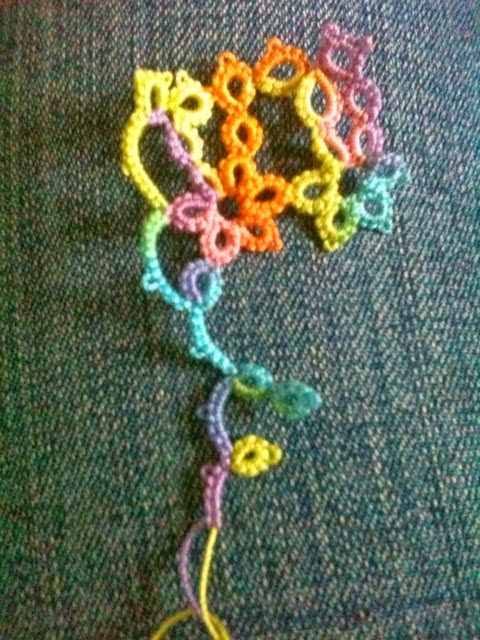 Diane settled down with Lizbeth #149, a shuttle, and Patti Duff's Minitats to make some motifs for her students. She is adding them to her tin so that the students can chose one they like whenever they achieve a goal. 52 third graders have asked to learn how to tat. Isn't that amazing?!! 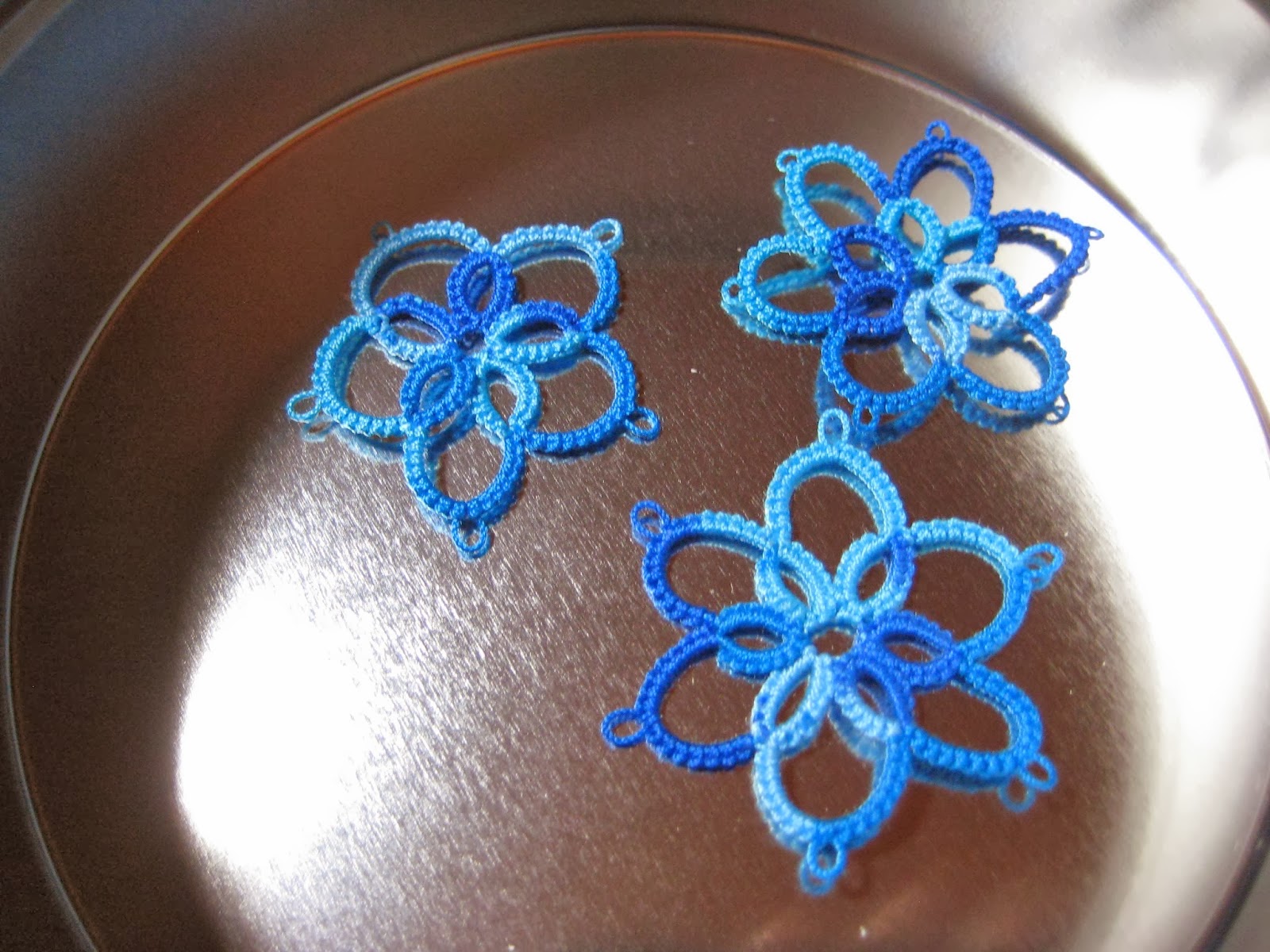 Kristen thought she would start on her fair projects and began with some size 80 ecru thread and repeatedly broke the thread on a starter motif. Then she went on to day 9 of TIAS and spent a lot of her time undoing what she had just done. Sensibly, she decided to step away for a while. 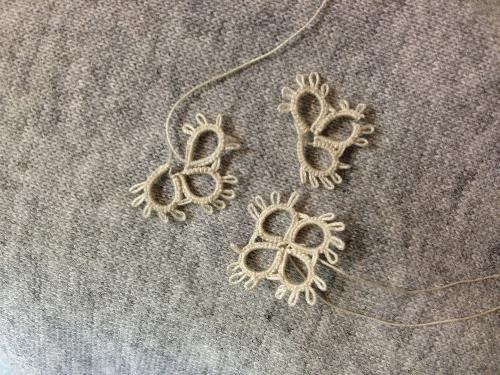 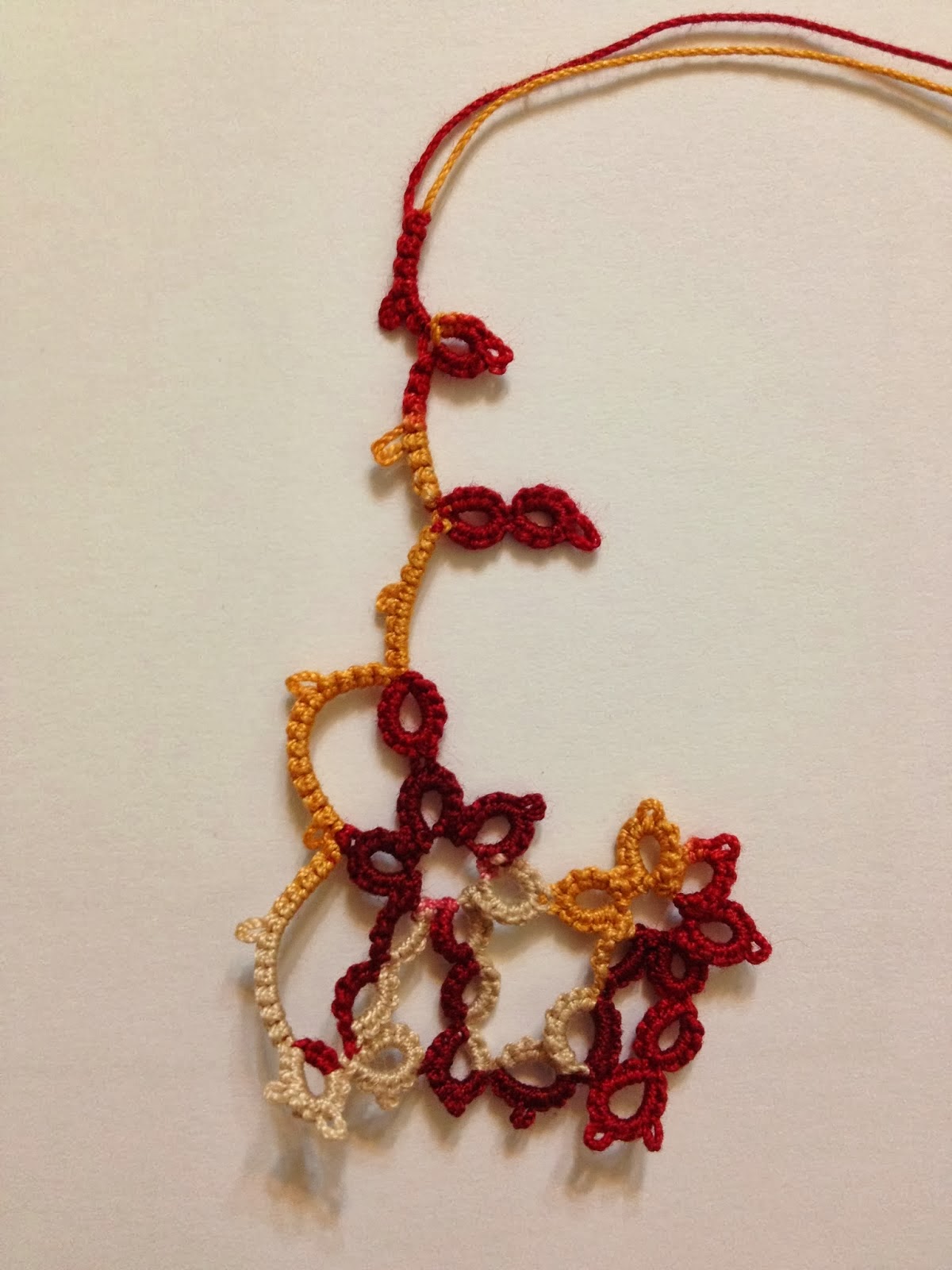 Marie used Lizbeth, size 20, Springtime to tat around this pin, which has a bail on the back so that it can be worn as a pendant. 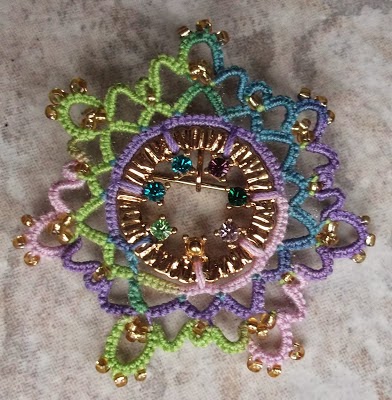