mb duke tatted Jane Eborall's Celtic Snowflake in Lizbeth size 40 Ice Blue with a clear crystal bead in the centre and she's totally enthralled with the way the points of one piece are just pulled through the loops of the second to make one lovely snowflake. 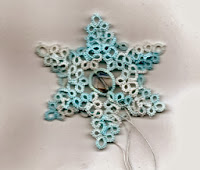 Sharon learned at the Tatting Corner to tat using alternate threads. This motif is one that uses the technique and is the basis for this doily made by the Shuttle Brothers. 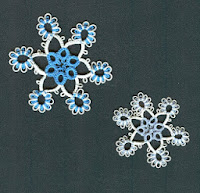 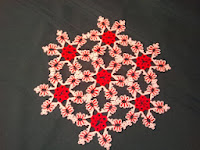 Lelia tatted a few doodles while waiting. It's amazing how much tatting you can do with a few minutes here and there while you're waiting on other stuff. 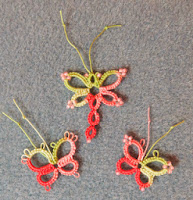 Ginny is down to the bottom row of the angel's skirt where she's adding a final row of tatting and some beads to give the skirt weight. 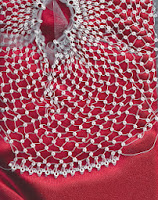 Linda added gold thread on the onion rings for the wheels of her TIAS train, which is now displayed with her Christmas village. 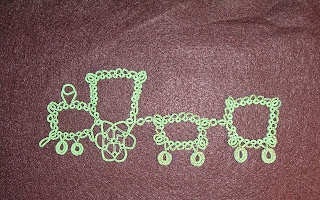 Margaret discovered this bracelet on Facebook and she has done it, first without beads, and then with, both in Lizbeth size 20, Purple Splendor. 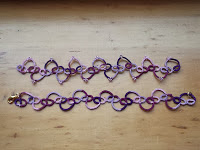 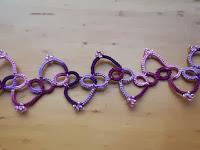 Marie tatted this necklace, called the Universal Bauble from her book, Tattasaurusing:  Baubles and Motifs, with the bauble done in size 80 tatting thread and the chain done in size 10 crochet thread. 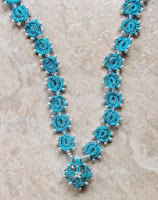 Martha tatted Angel with Star, from A Host of Angels by Christel Weidmann. 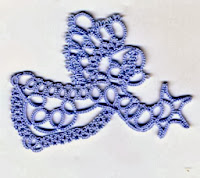