Melanie chose Lizbeth Carousel for Jane's TIAS and she thinks it's a very appropriate colour. 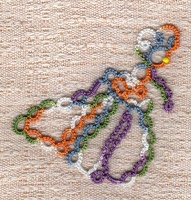 Diane tatted an Ice Drop for Trish in appreciation for the shuttle she received. Her TIAS is done and she never would have guessed it was a crinoline lady. One more motif done means she's making slow and steady progress on her SIL's runner. Another Eightsome Reel motif was completed. She had a new ball of Lizbeth #153, Rainbow Taffy and tatted more Ice Drops. She used different glass gems, ribbons, and charms for each one. The charms that were too big for the front she put on the back. She loves the turquoise gem and the leaf charm was perfect for the green glass gem. The gold with peach undertones glass gem is really pretty. This glass gem looks more pink than purple in person. She's done 5, but she wonders how many can be done with an entire ball of thread. Five motifs completed. Then 6 motifs completed and the runner is growing. Tatting motifs only left time for tatting 4 more Ice Drops. 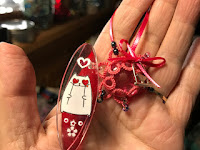 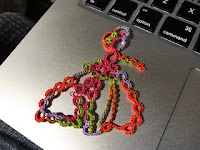 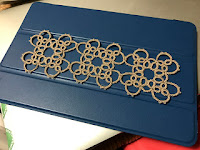 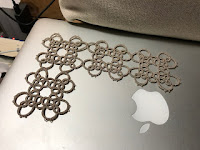 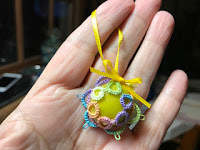 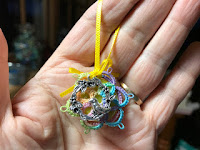 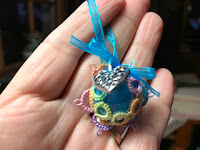 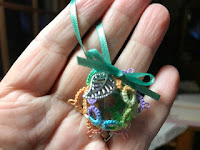 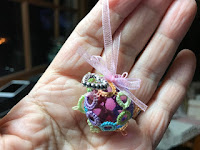 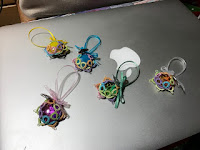 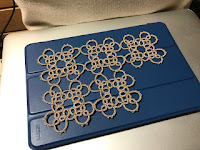 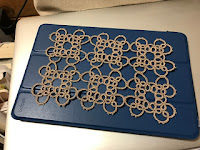 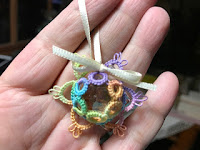 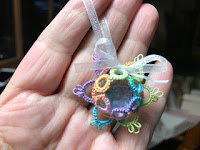 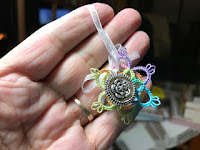 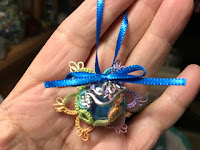 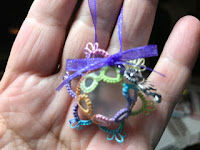 Fox has the Shrek green doily done and although both the blue and the green are done in the same size 40 thread, the green is smaller. She hopes her grandson likes it. 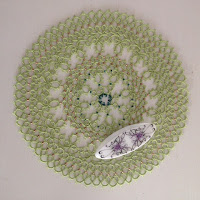 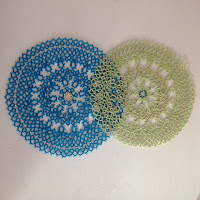 Marie tatted a little Daisy Heart by Teri Dusenbury. Some embellishment around an old broken pin to make a pendant. 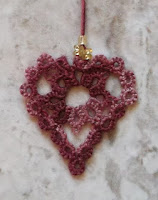 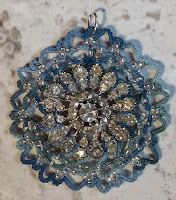 Muskaan finished off Jane's 2017 TIAS. She didn't get to tat last year's TIAS so she tatted both 2016 and 2017 at the same time so she has a lovely crinoline lady and a bunny. She notes that the Block Heart Pendant can be enlarged to any extent, as long as block I is a square and the number of rows is even. She has created a Block Heart Bracelet as well. 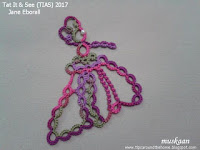 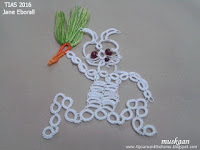 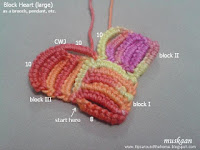 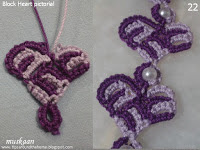 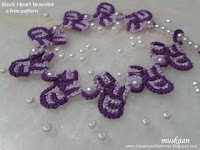