Jane notes that Edging 96 is essentially the same as the pattern she used for her first big tatting project, in the early 1980s, an edging for a cloth for her tea trolley. Edging 97 is a lot more original and she the half open rings needed a bit of practise, but it turns out they're an easy alternative to split rings or SSSRs to get from A to B. She wondered why the butterflies on Edging 98 weren't joined to each other, but speculates that it would work for a circular or curved edging. Edging 99 is essentially the same as 98, with an extra row added to join them together and it's her least favourite of the butterfly edgings. 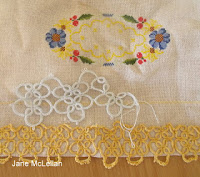 Nikki has been looking for a pumpkin pattern for a project and found the one on the left on You tube and the one on the right is Mark Myers apple pattern done in orange, although the stem doesn't look very pumpkin-y. 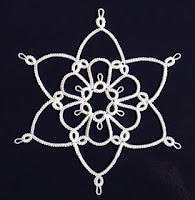 Melanie used orange rope to tat the Tatted Celtic Knot Pumpkin by Rozella Linden to make a decoration for her front door. Now that it's done she's thinking she might want something larger. 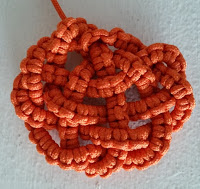 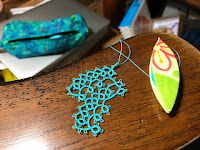 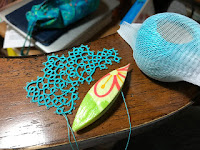 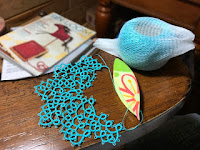 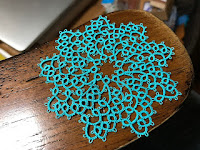 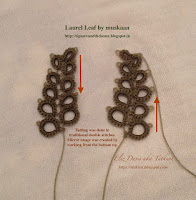 Fox is finally, on to Row 12 and a colour change. The doily measures 15", there is still a bit of ruffling, but it's mainly disappeared and best of all she still likes it a lot. 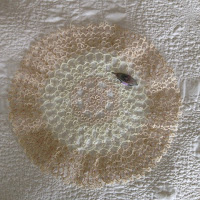 Lilas has been working on lots of tatting for the upcoming show and she has been inspired to create lots of tatted flowers.

Marie tatted another favourite cross from a pattern by Roger from the Needle Tatting Forum. The lucet handle she made needed a little embellishment. Since people have asked, she has done a step by step tutorial showing how she embellishes old jewellery. 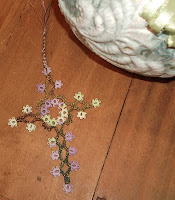 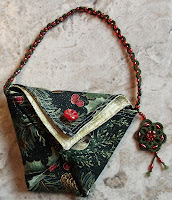 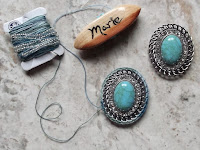 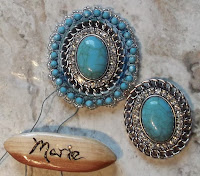 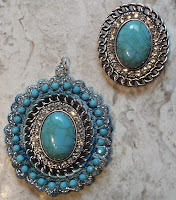 Muskaan shows each step in completing tattingweed’s Crinoline Doily, working through all it's twists and turns. 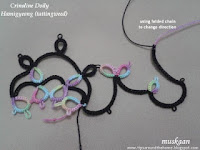 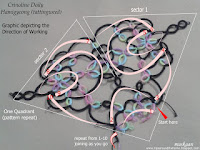 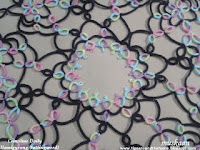 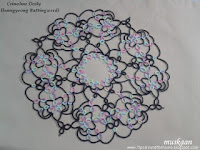 Sue has been tatting, but hasn't taken pictures, except for these dreamcatcher earrings tatted in size 40 Tatskool Rainbow Bright HDT. 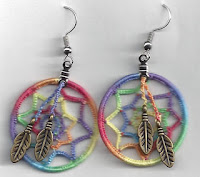