Batty Tatter made these by special request for a friend who likes to give her daughter purple ornaments in groups of three. 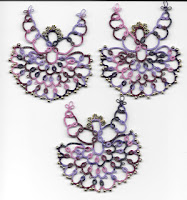 Elsa made # 16 from the Therese of Dillmont book published in 1924 in the DMC Library with the original model on the left in the photograph. She wanted to change it slightly expanding the rings directed towards the centre of the pattern.

Mary Lena started with Corina Meyfeldt's design and based this set of necklace, bracelet and earrings on the design. It's worked with black polyester thread, seed beads and glass beads silvery white. 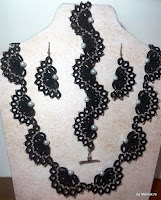 Julie used Lizbeth 20 to make Joëlle Paulson's Snowdrop, her first snowflake of the season. She has enjoyed Jane's Tat It And See making her 2015 scissors, and the 2014 model of a sailboat, so she's looking forward to the new one anticipated in January. 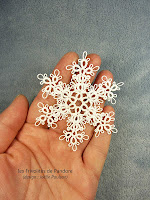 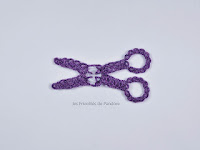 Cindy tatted Jon Yusoff's Minaret snowflake and stitched it to a star on some beautiful red wool, but found that centering a six pointed snowflake on a five pointed star was a bit of a challenge. 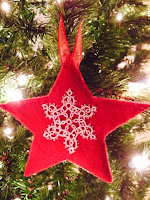 Diane was thrilled to finish round 17 of the Jan Stawasz doily... until she noticed that she had added an extra ring on two different repeats. Time for some patching. All fixed and ready for the next row and it's already 32 inches across in size 20 thread. 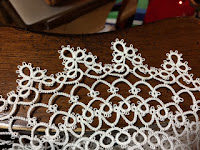 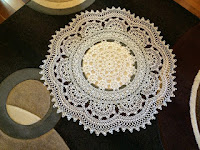 Fox hasn't felt much like tatting recently, but she did get some work done on her doily. 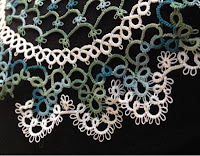 Marie tatted around an old pin in pearl cotton 12 to convert it into this ruby pendant. Some lapis beads and silver thread combined to make these lovely earrings for one of her customers. This pair of dragons were tatted with 2 strands of rayon sewing thread using a pattern by Michelle Bottosff. Another pair of Icy dragons using the same pattern. 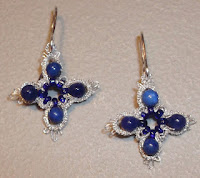 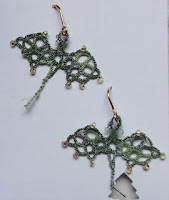 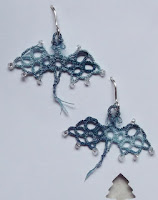 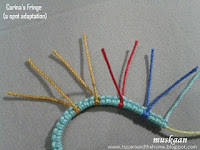 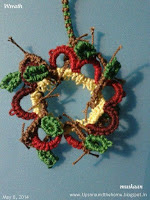 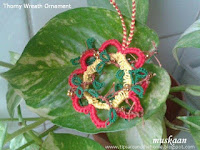 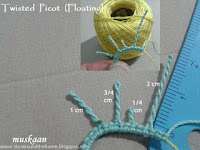 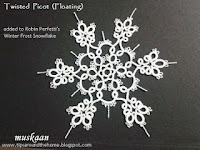 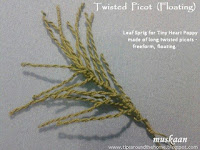 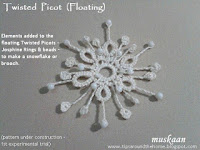 HisKid tatted Jane's bookmark and made it into a bracelet. Another row has been completed on her doily. 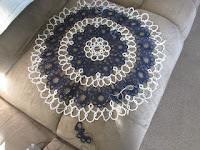 Wanda added her Kamryn Edging in Lizbeth Fudge Med # 698 & Harvest Orange Med #694 to some lovely fall fabric to make a lovely runner. This is her Christmas tree this year which is about 24 inches tall and is decorated entirely with tatted ornaments. There are more than 30 on the front and sides and thankfully they were quick and easy to do. Her original plan was to make the button ornaments with just red and green buttons, but using other colours made for a more festive tree. 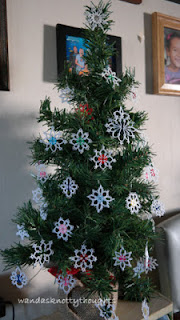