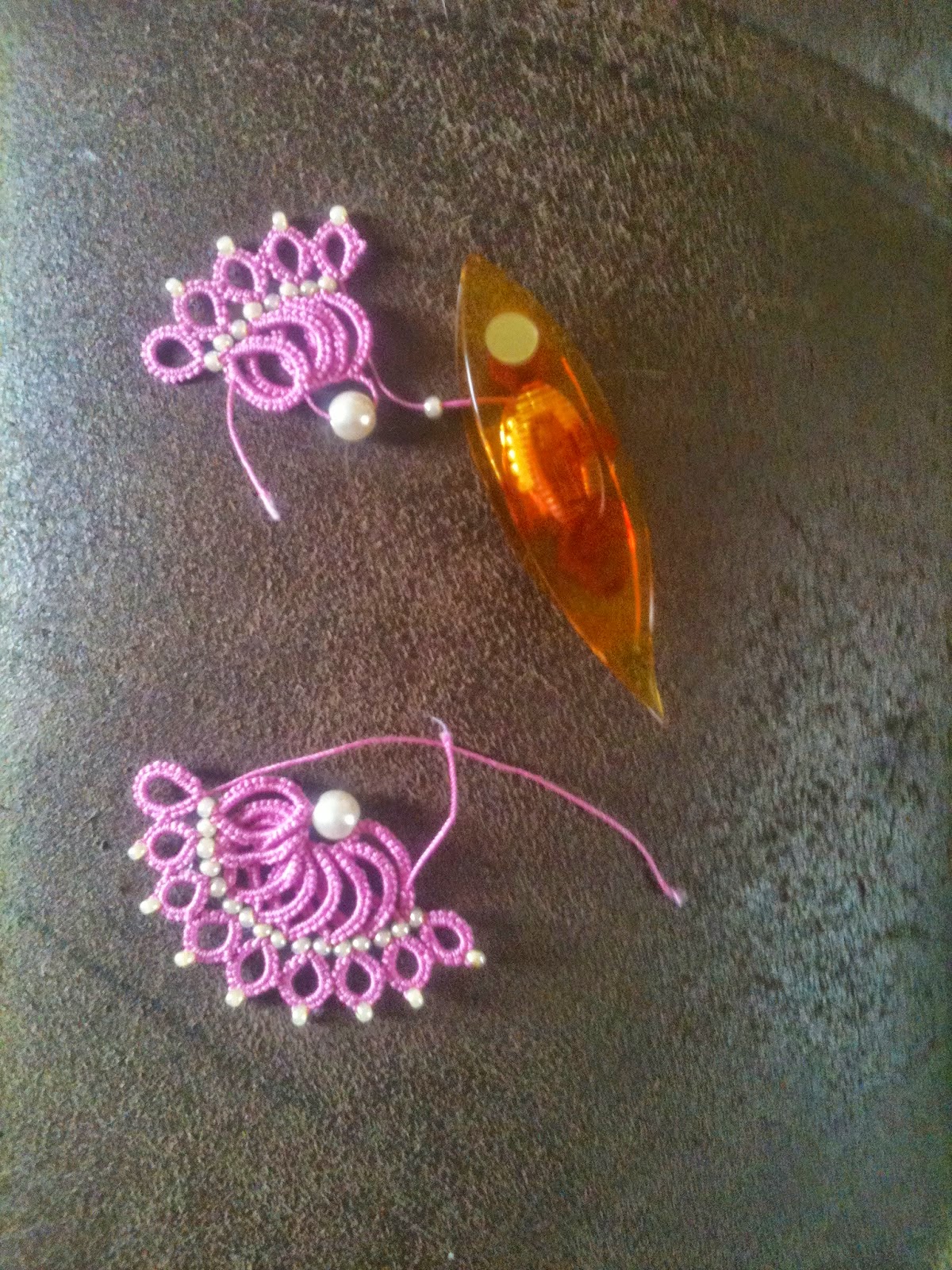 Diane needed a break from the large doilies she is working on so she went to her old standby, Mary Konior's Spinning Wheel Glass Mat. This time she's using size 10 thread and being careful so that she doesn't end up with any funny bumps in it. 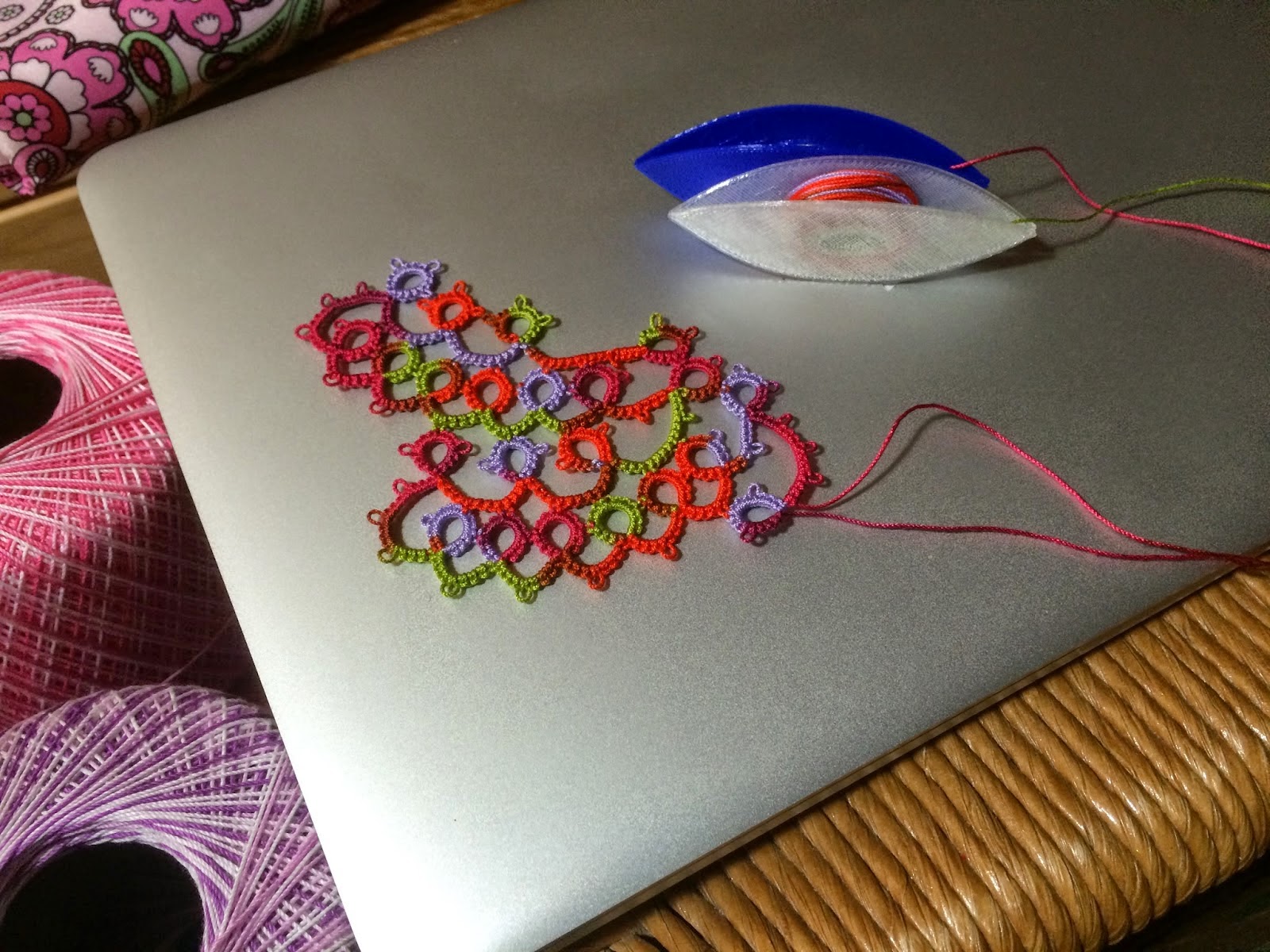 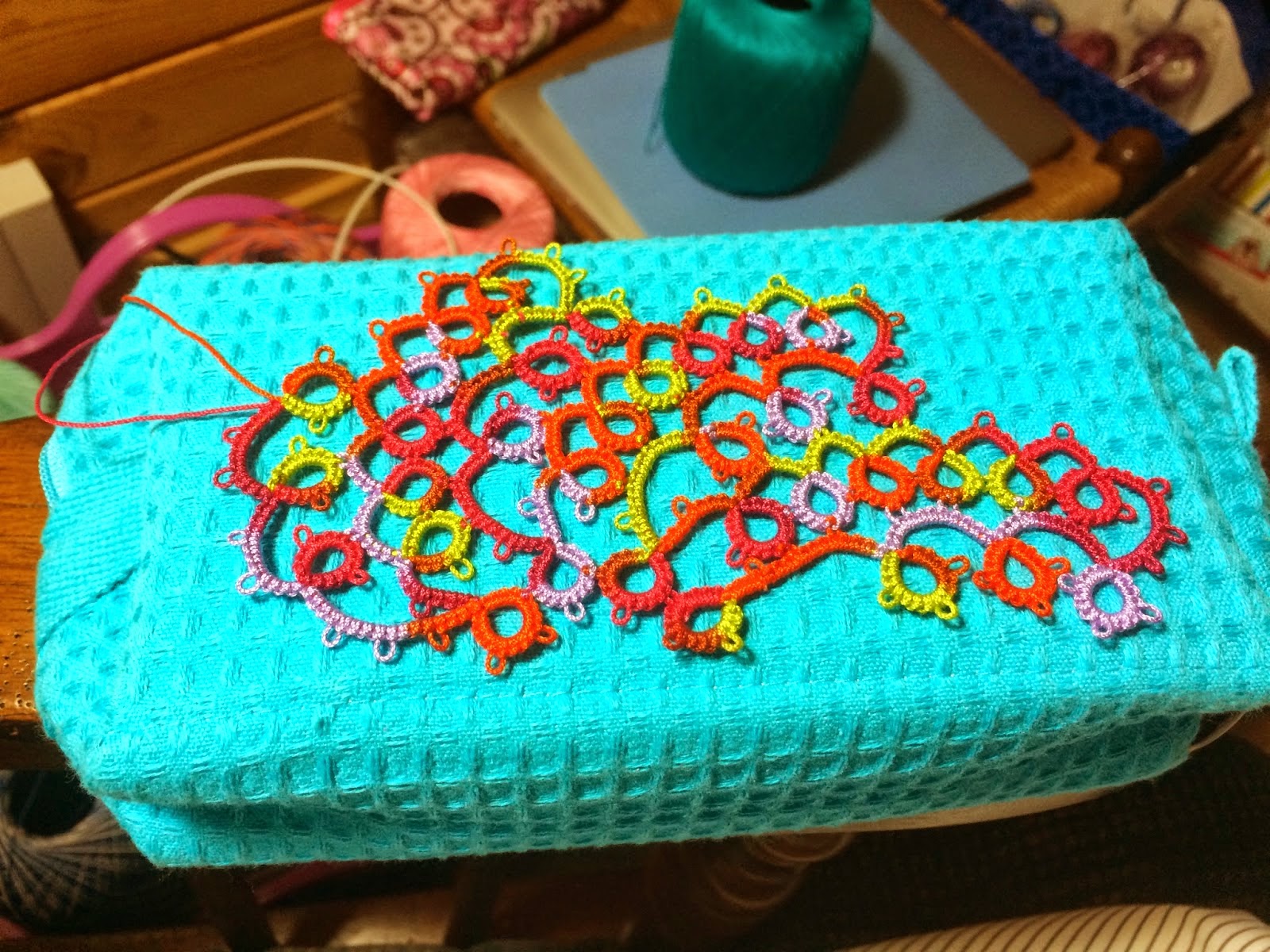 Fox now has time to concentrate of this lovely piece. In spite of that she found herself buying some perle #8 thread to tat a Jan Stawasz cap for her little seven month old cousin. 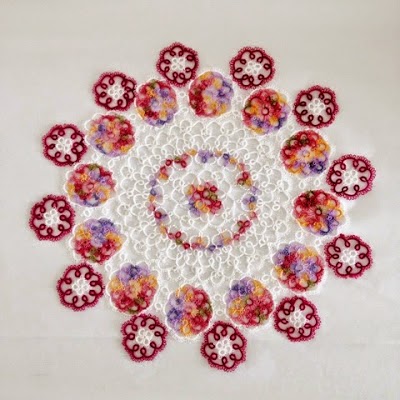 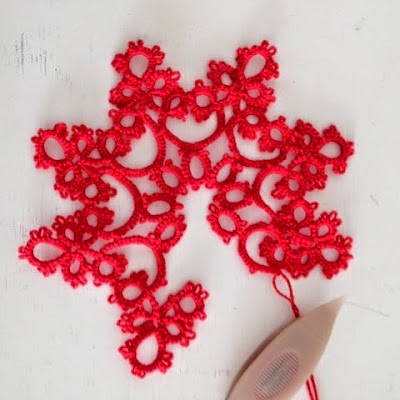 Jenn decided to tat the Happy Heart pattern from Frivole's blog and finally figured out how to do the Catherine-Wheel join.

Kristen was having trouble settling on what to tat next and has been trying out some things like Mark Myers Pattern Edging #1, which includes a zig-zag chain in the middle. This motif was actually made by continuing "Block and Clover Edge" around for an extra clover and two extra blocks which gave her some insight into block tatting. 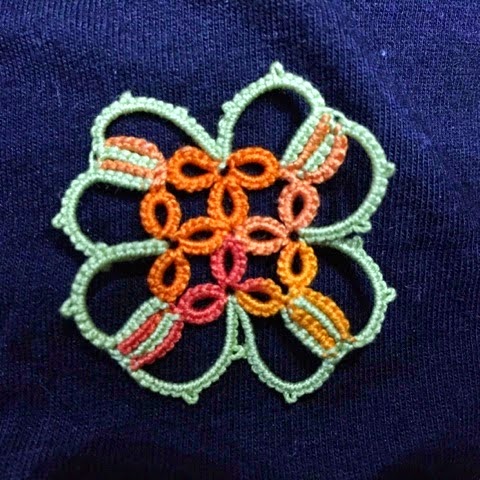 Lilas has been trying out twisted chains that are used in both macrame and tatting. There's an S twist and a Z twist. 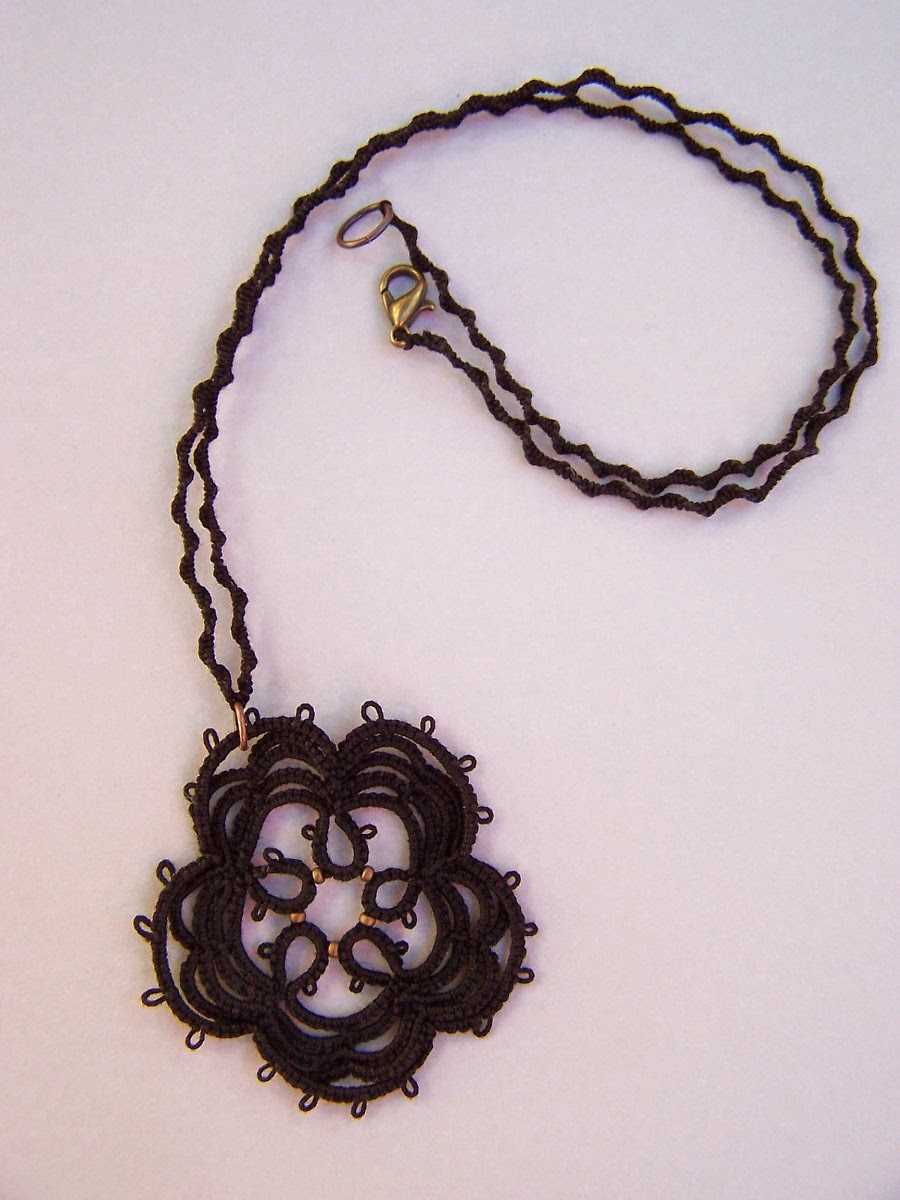 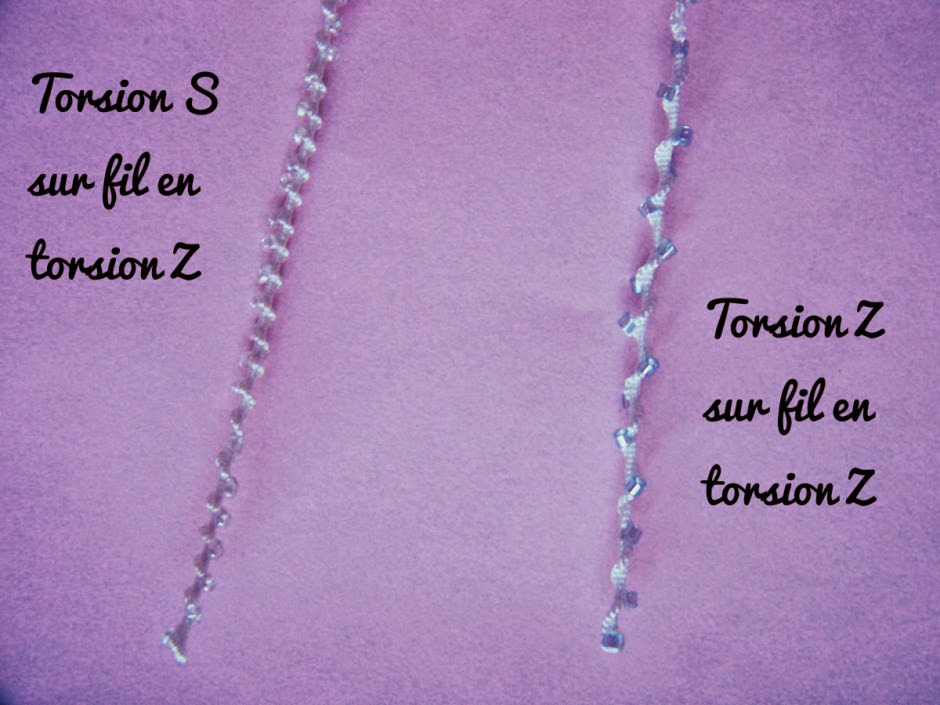 Margaret made the pendant from the book Tatting with Rings by Jon Yusoff, using the first pattern called Kincir. She made the earrings to match in Lizbeth size 20 in Purple Splendor and white. 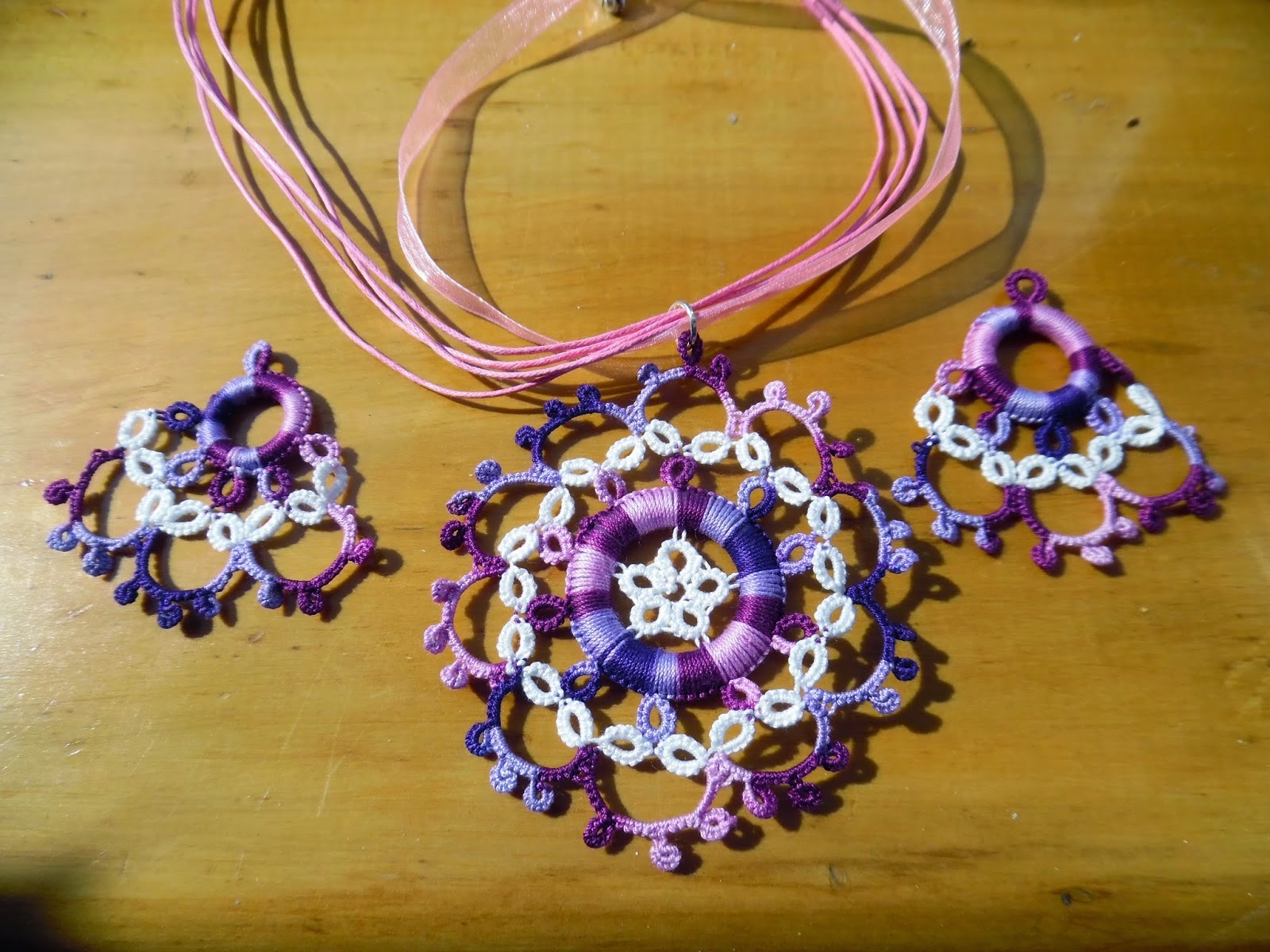 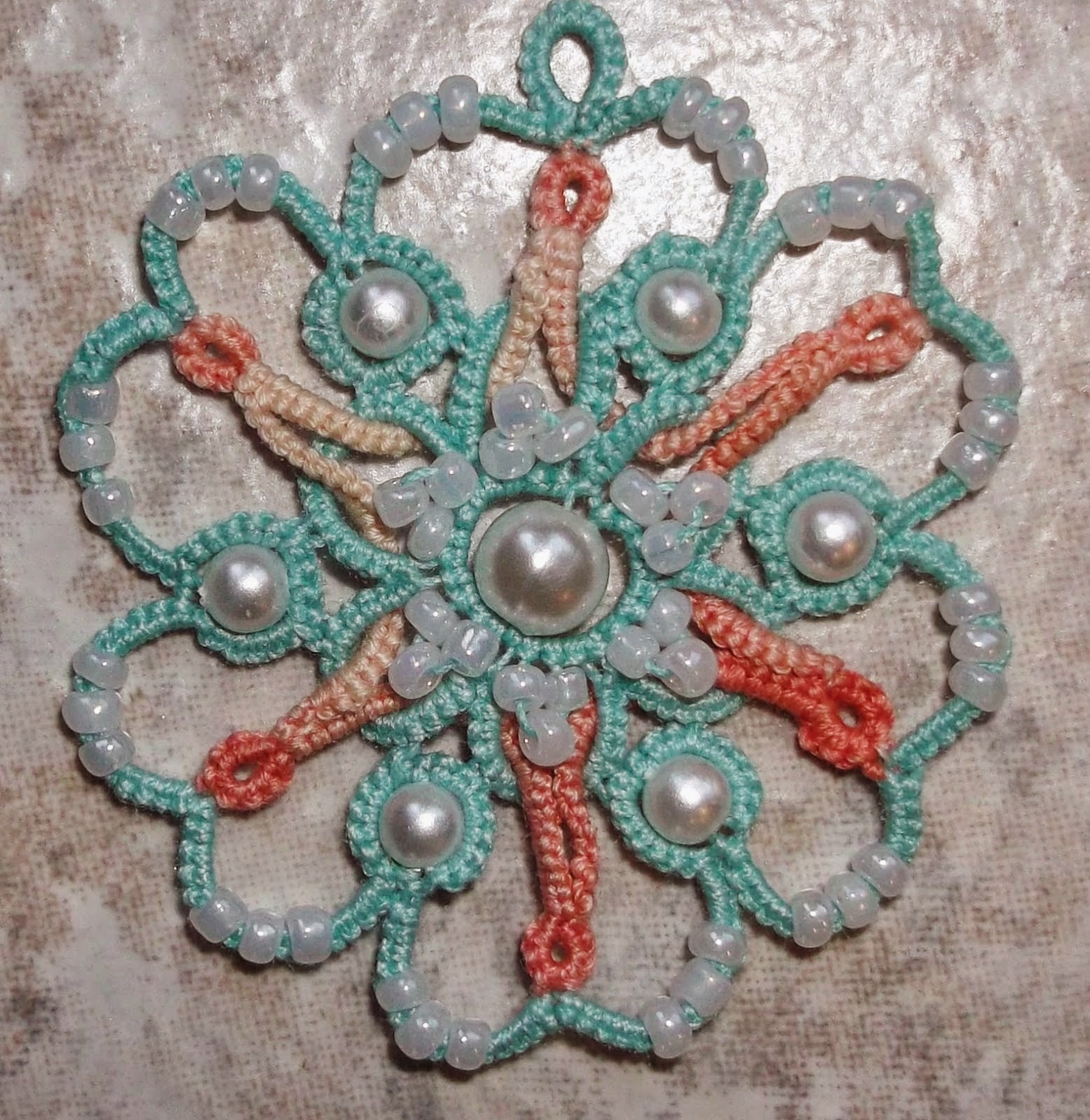 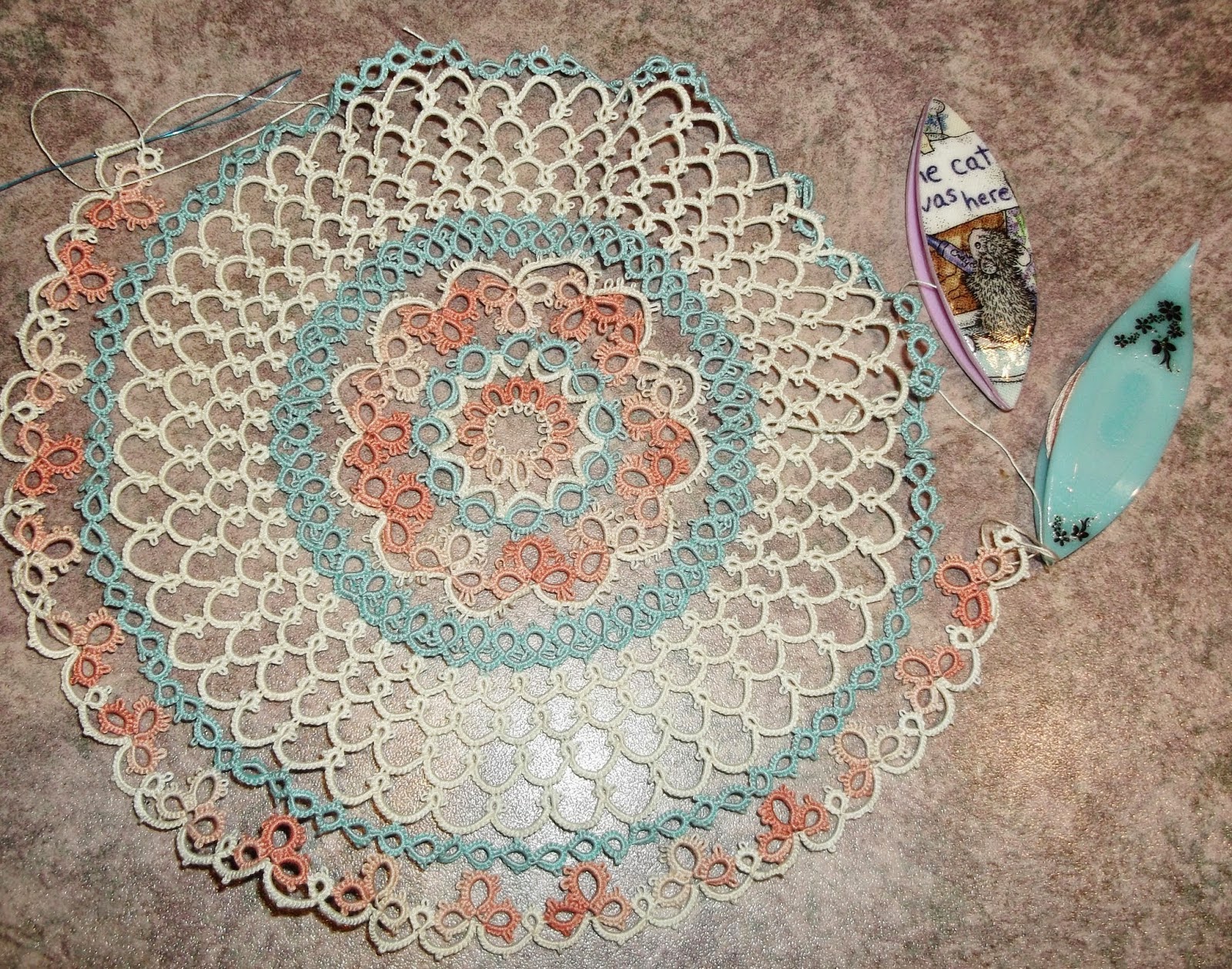 Muskaan changed the purpose of her lace and needed to tat an extra repeat on each one so she got down to work. Then she got sidetracked by Ninetta's folding rings and had to try it out. She switched to size 40 thread intending to make a proper 3D flower, with a brown centre & yellow petals. She played around folding each ring differently. Then she made 3 concentric/onion rings in 2 colours and folded them over and it looked like a pendant. Then she switched ideas again and worked on tatting floating rings. 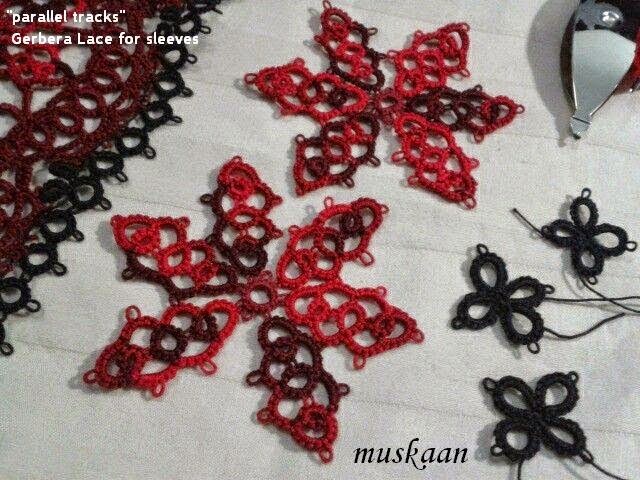 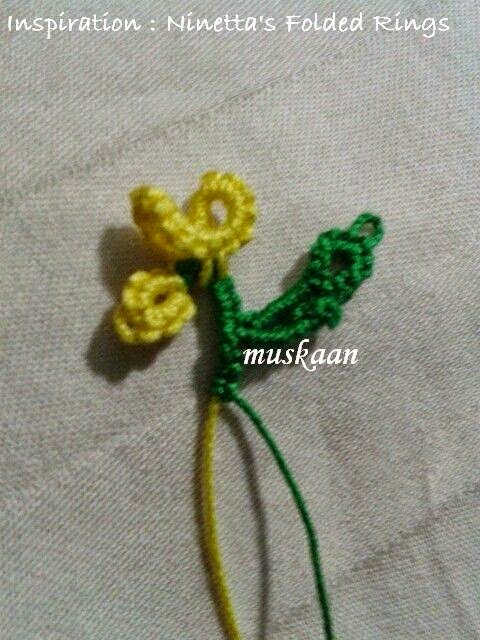 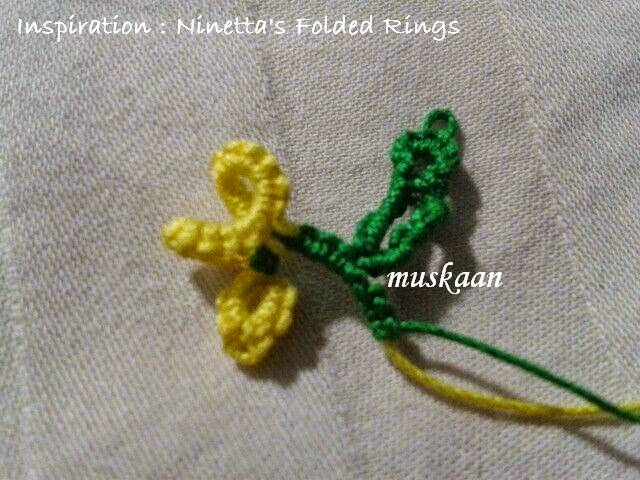 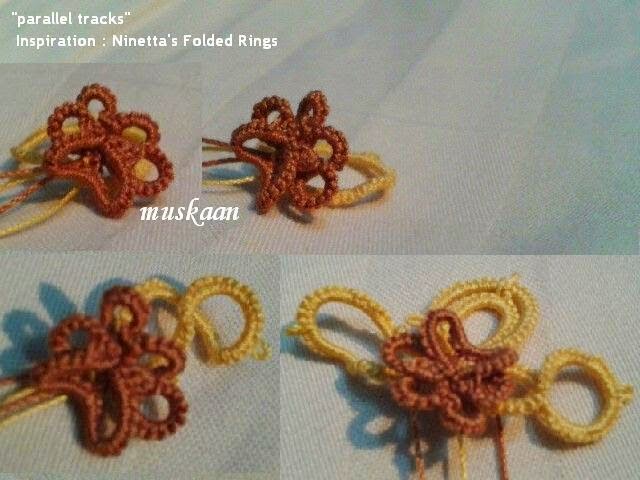 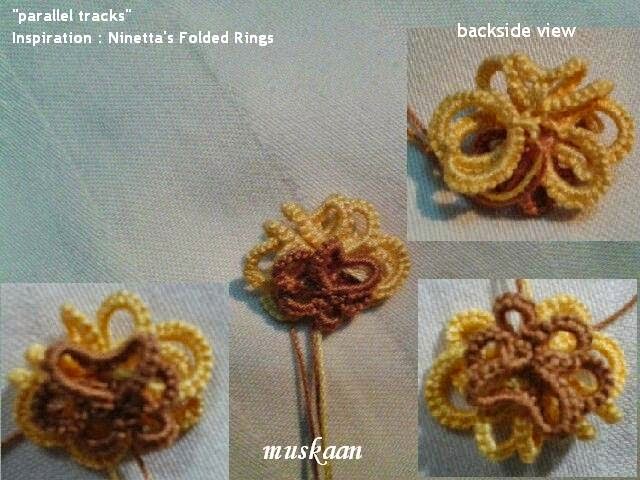 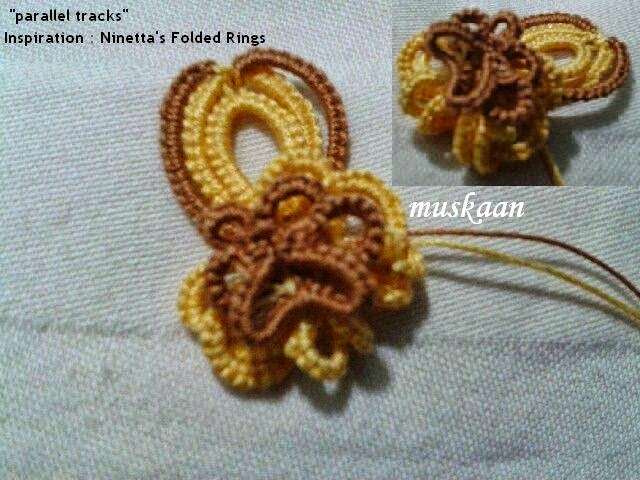 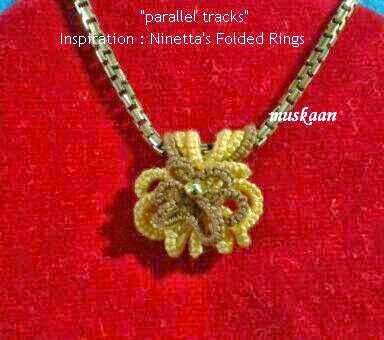 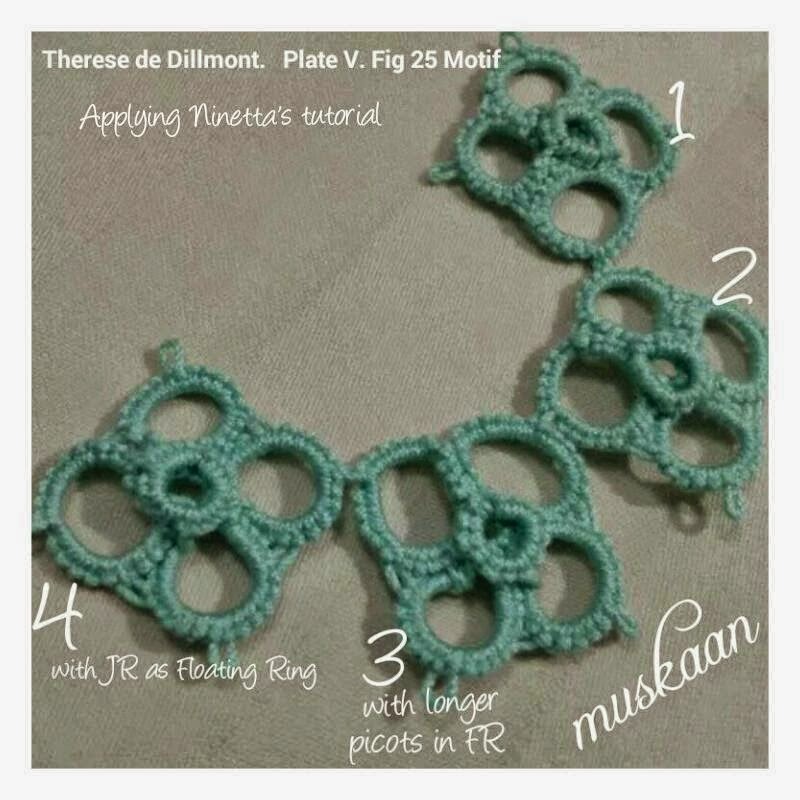 Wanda decided to "shop her stash" and selected some paper stock cut in an oval, punched holes around the outside and used Lizbeth Ecru #603 in size 20 to tat around the outside making a paper and lace Easter egg. She tatted around buttons and added then to headbands as gifts for Easter. Tatting around buttons also makes simple paperclip bookmarks. This cross is made in Lizbeth #115 Springtime in size 20 and she thinks she should have joined each arm to the centre in more than one place. 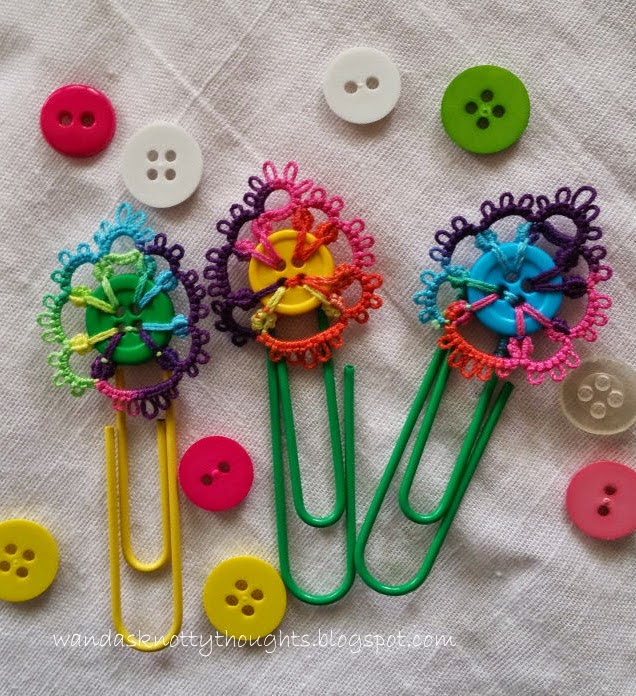