Stephanie used a lanyard designed by Patti Duff and tatted several  in Sulky #12-wt cotton and one in Perfect Tatter #17-wt cotton both with size 11 seed beads. She had some to give and some to keep for her glasses. The first 3 rounds of Renulek's Spring 2014 Napkin turned out to be just the right amount of tatting for her to enjoy playing with colour. The purple version is size 50 thread, a vintage DMC and the green doily is Sulky #12-wt (Lime Sherbet) and DMC 80 ecru. 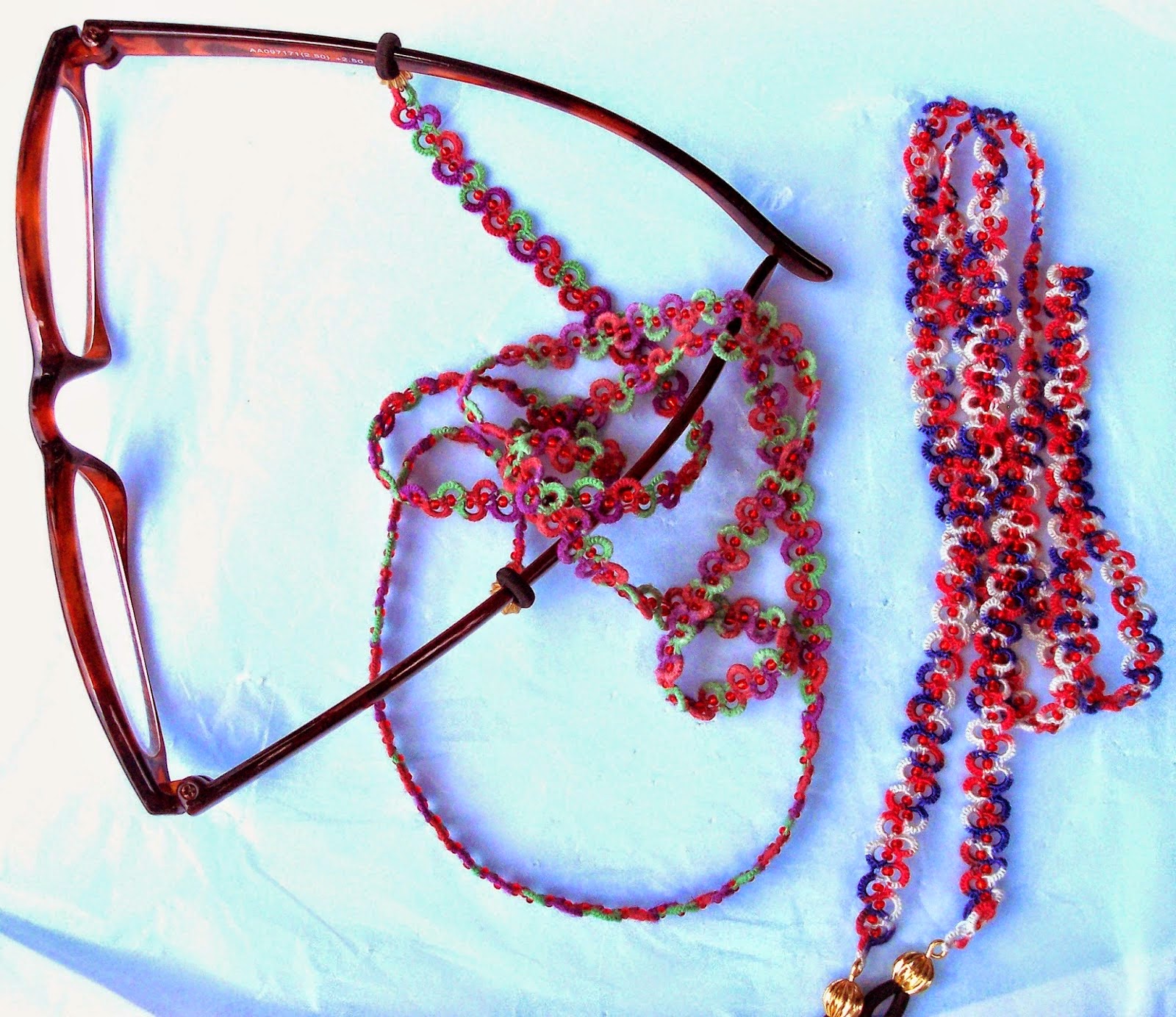 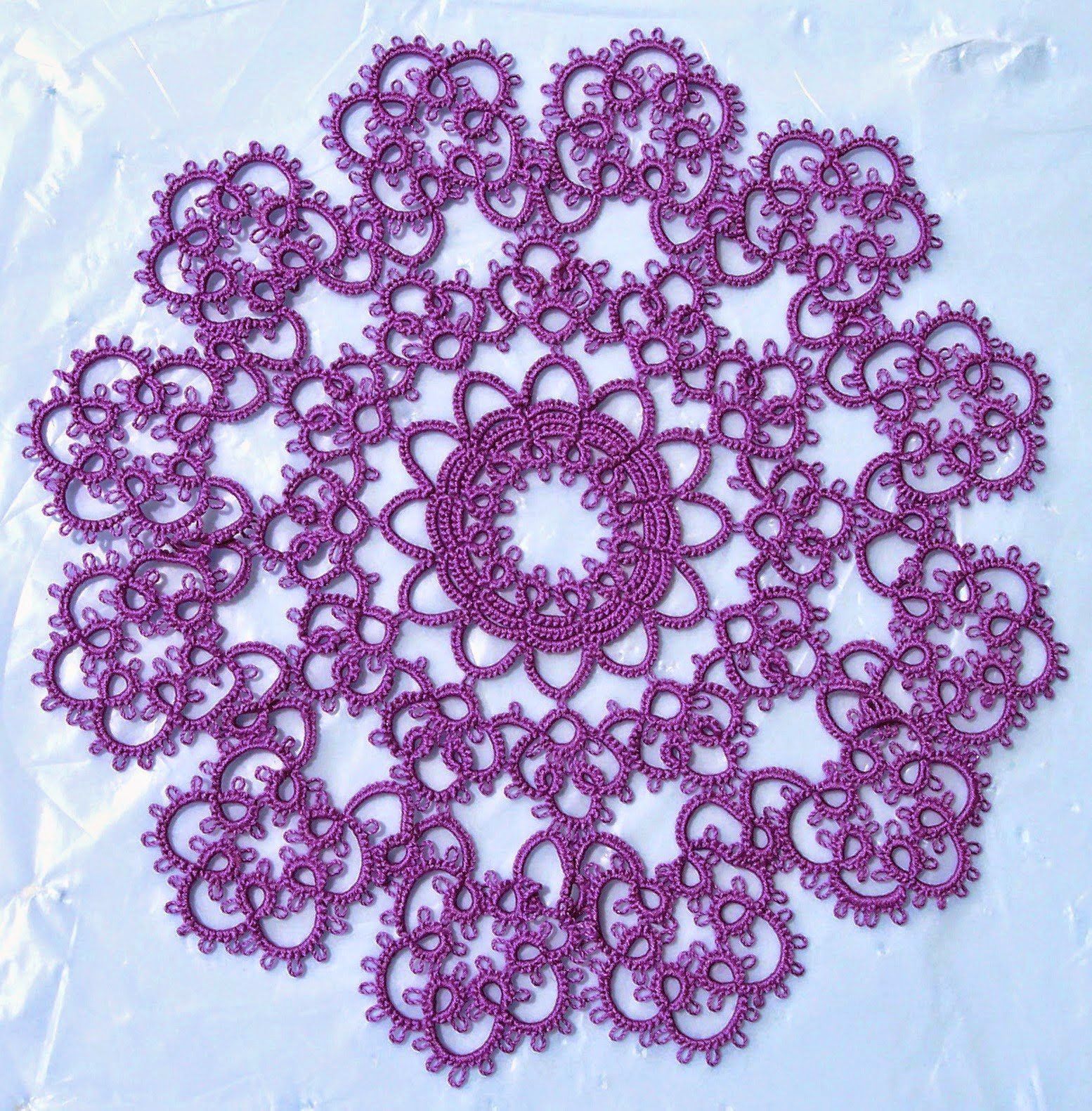 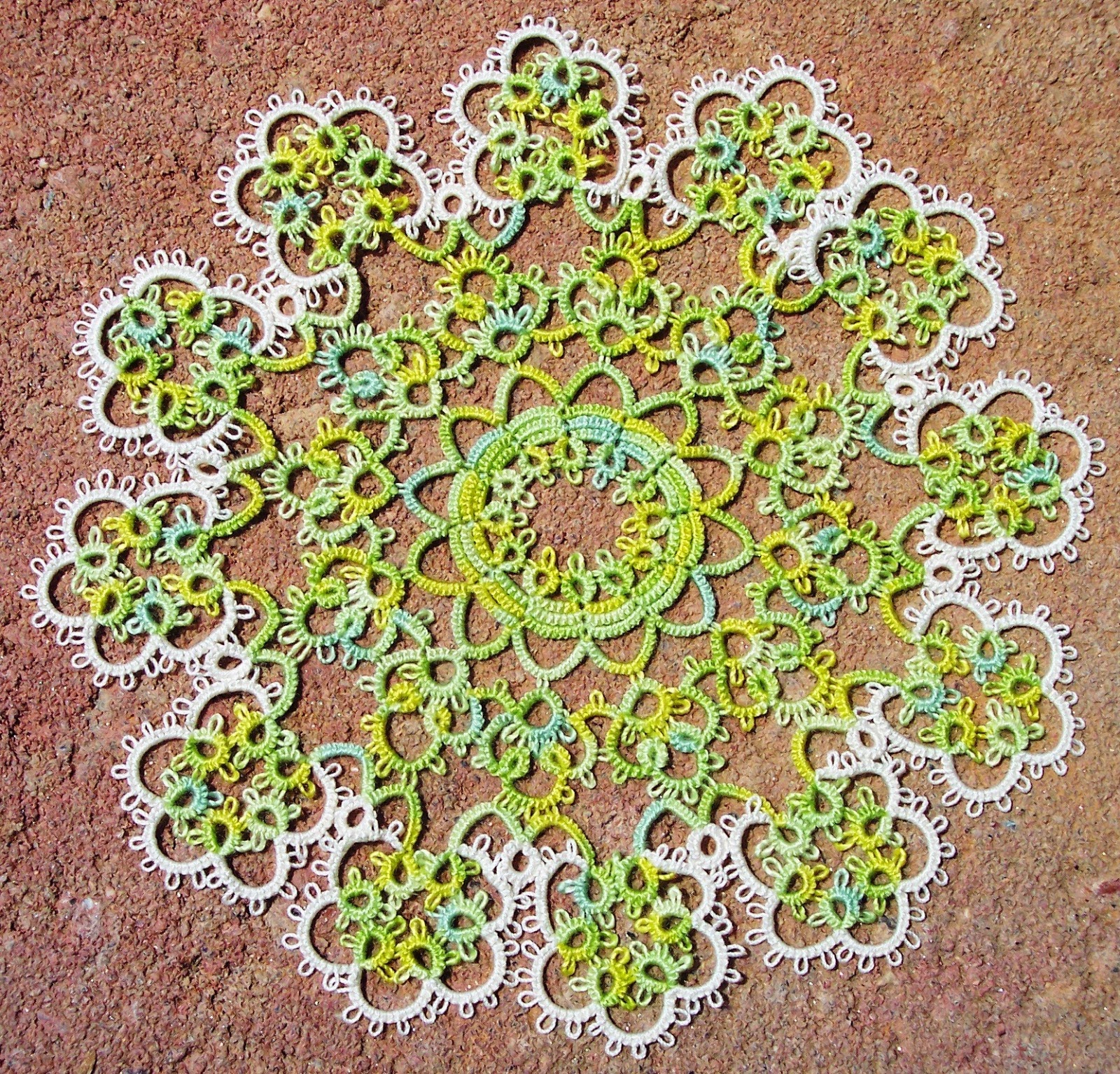 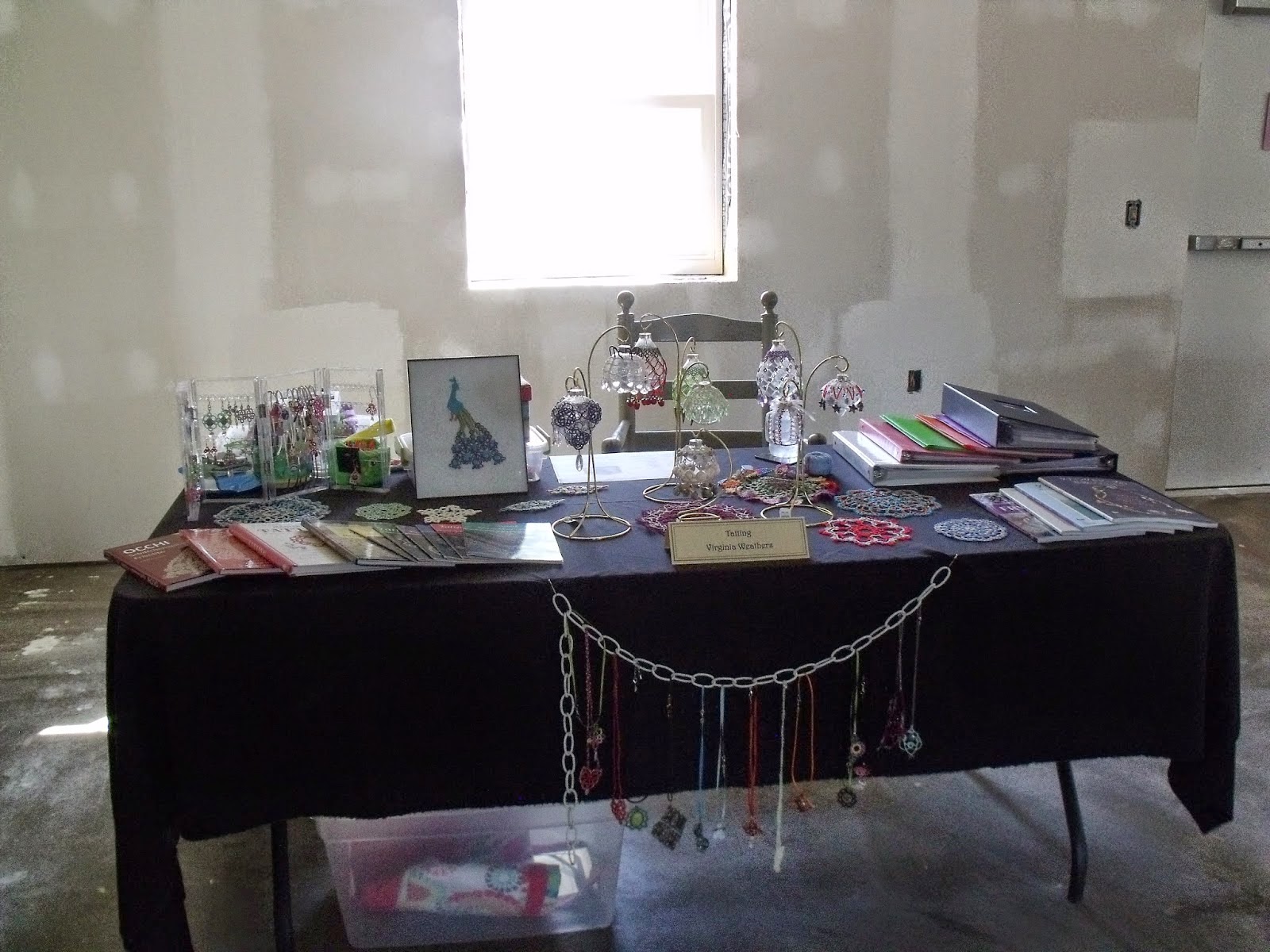 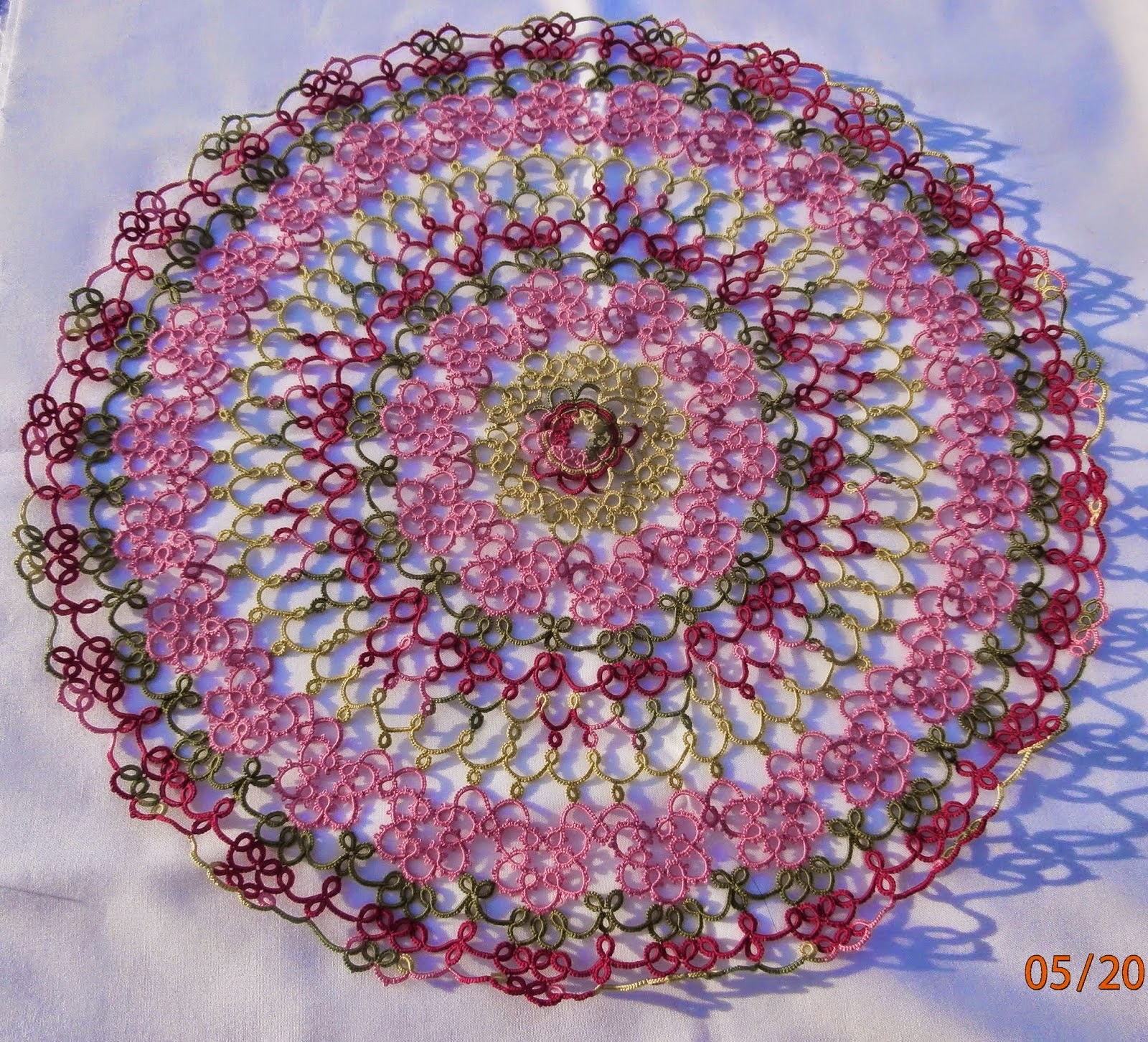 Diane is making slow progress on Renulek's Letnia, but she is making progress. 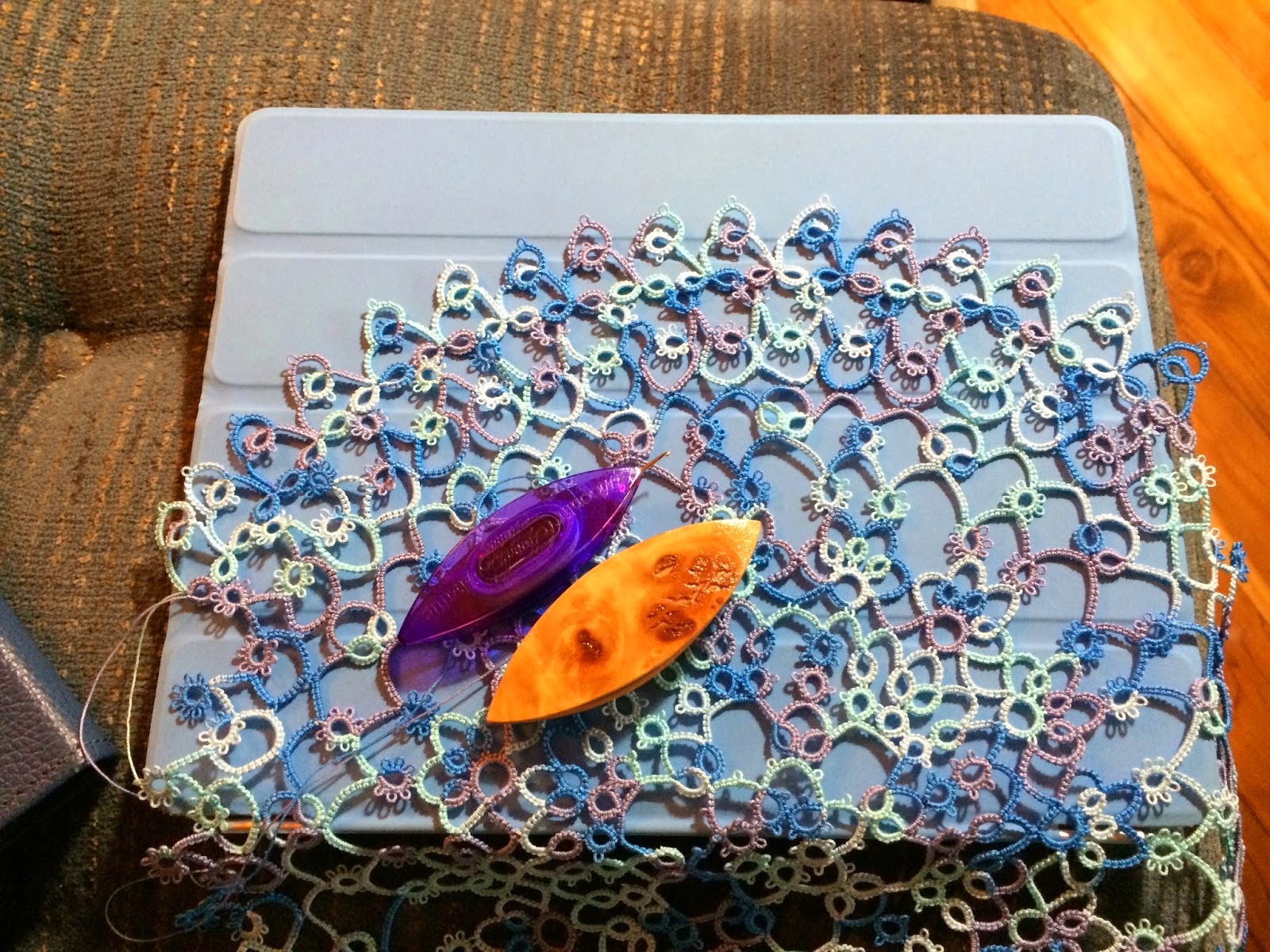 Fox was hoping that when she added the next row that this doily would lay flat, but no such luck. The pattern already challenging and having to change the stitch count just makes it worse. Driburg from Occhi-Patchwork by Adelheid Dangela was tatted in Rosarios #20 which she has a lot of, now that she's decided not to use it for the Russian challenge. However the white version wasn't satisfying so she re-tatted it in #40 Lizbeth and it came out much better, which just proves that good thread can make the design. 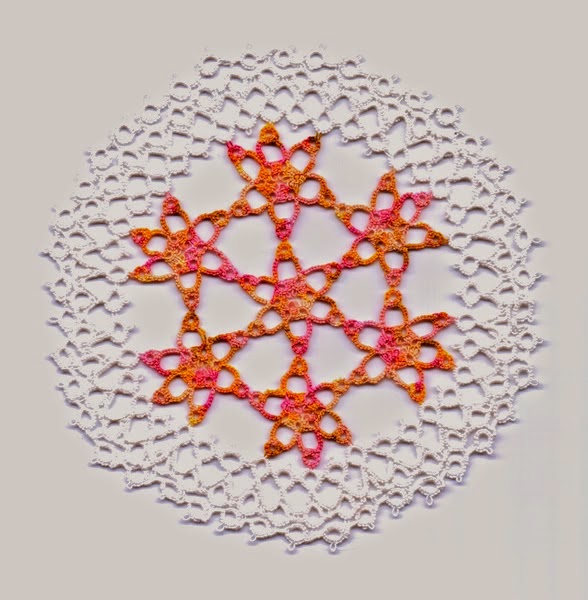 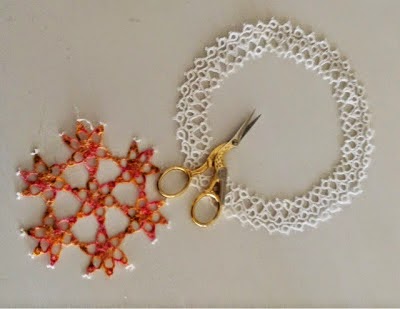 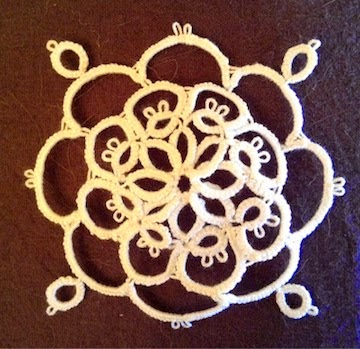 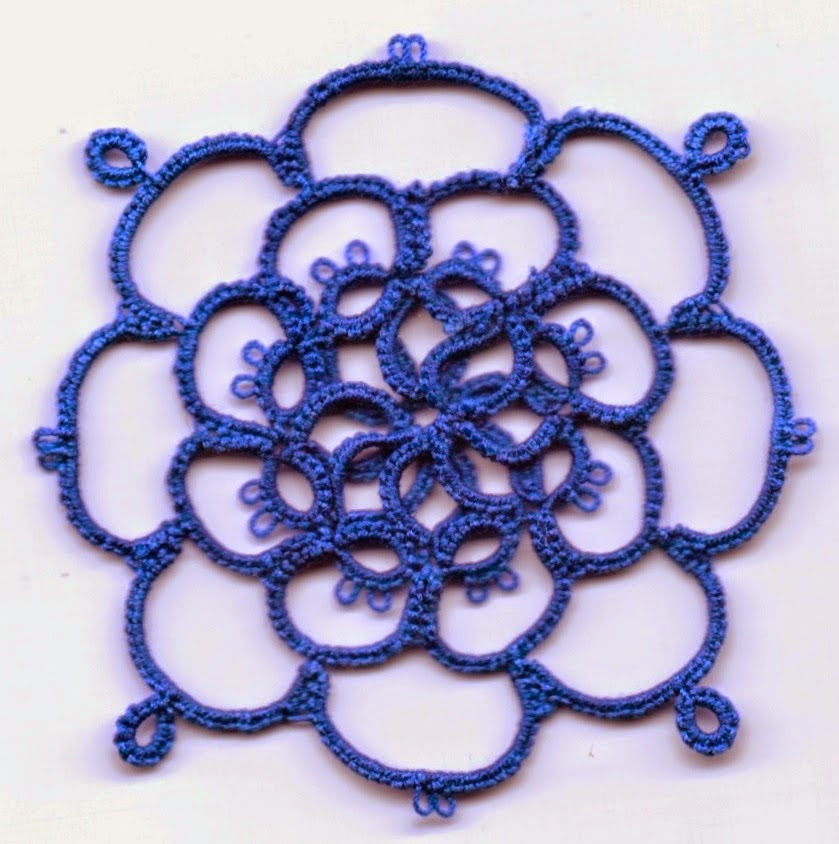 Martha's personal 25 Motif Challenge is to complete motifs from vintage patterns from prior to 1925 like these from Priscilla Tatting Book No. 2. The bottom one is a part of an edging in Buttericks Tatting and Netting (1896). This is her current vintage WIP. The Palmetto's Tat Days 2014 feature Tatting Tea and Toffee. 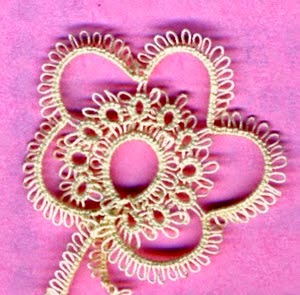 Michelle wanted to make one of those beautiful headpieces she has seen for her niece's first communion and was quite miffed when she mailed it off and got no response. It seems she was a year early for with her offering! Lots of little flowers with pearl centres, painstakingly sewn onto the band. Oodles of pearl beads tatted around to make a trail and lots of plain tatting for the looped trails. 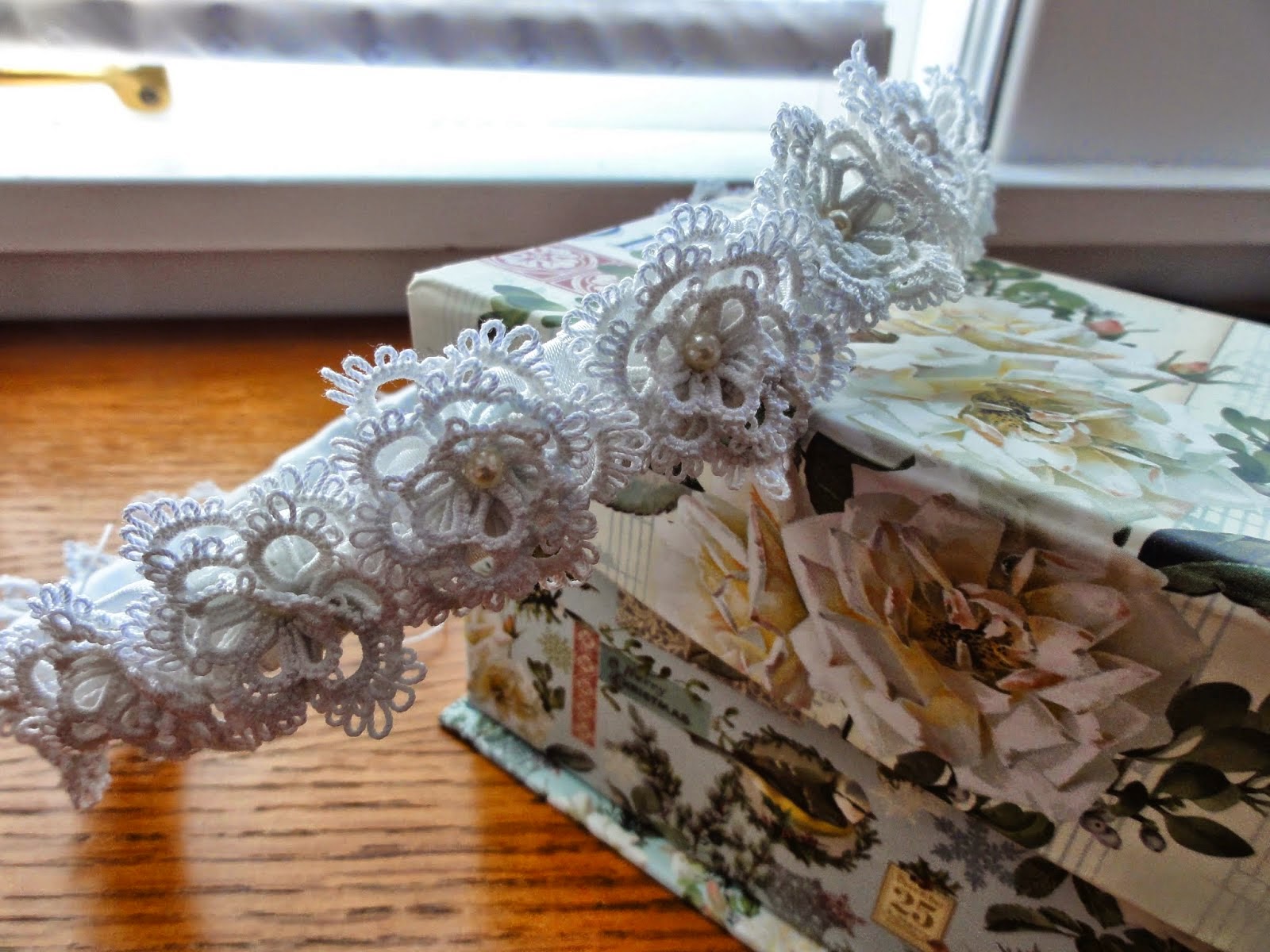 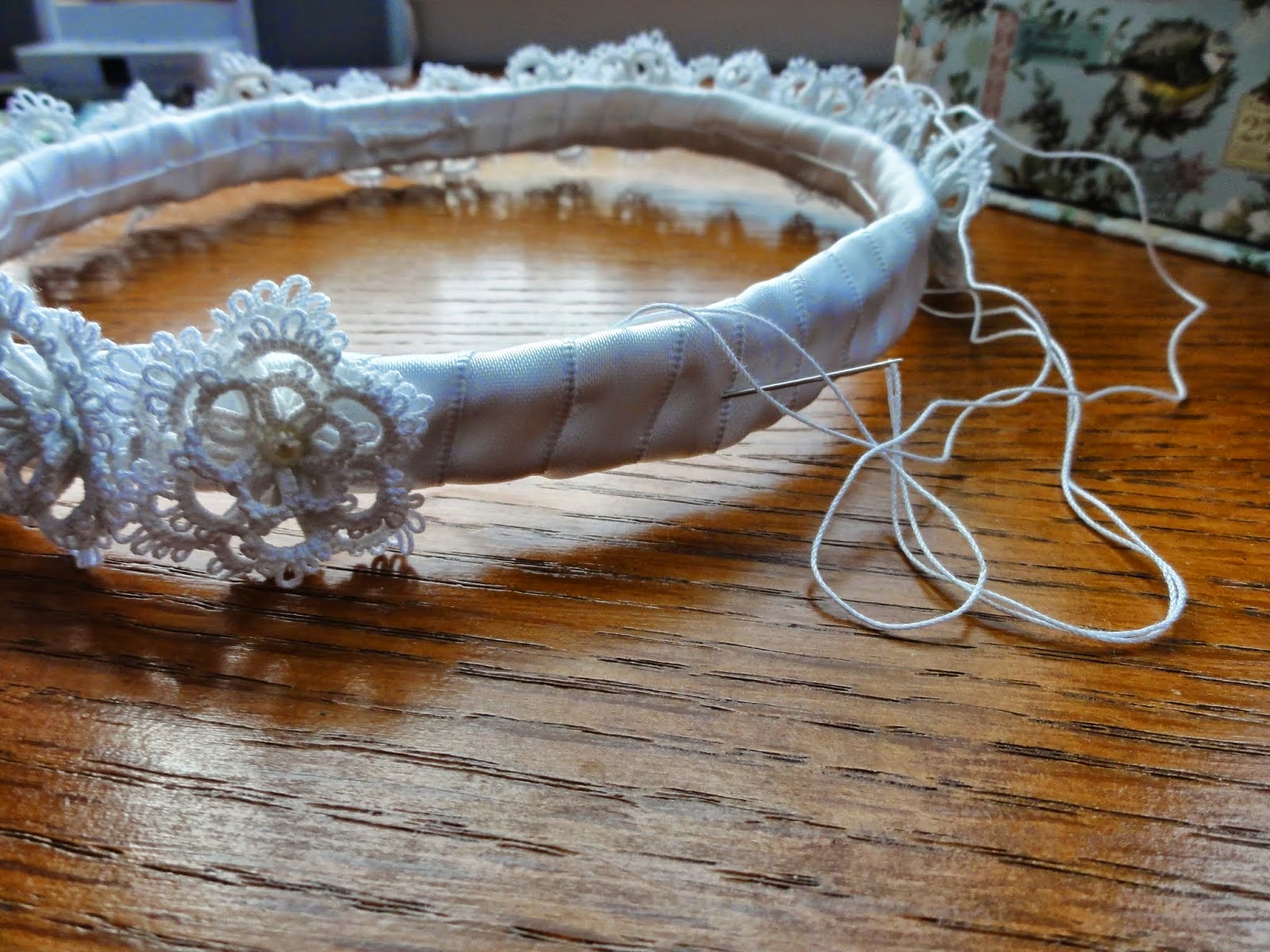 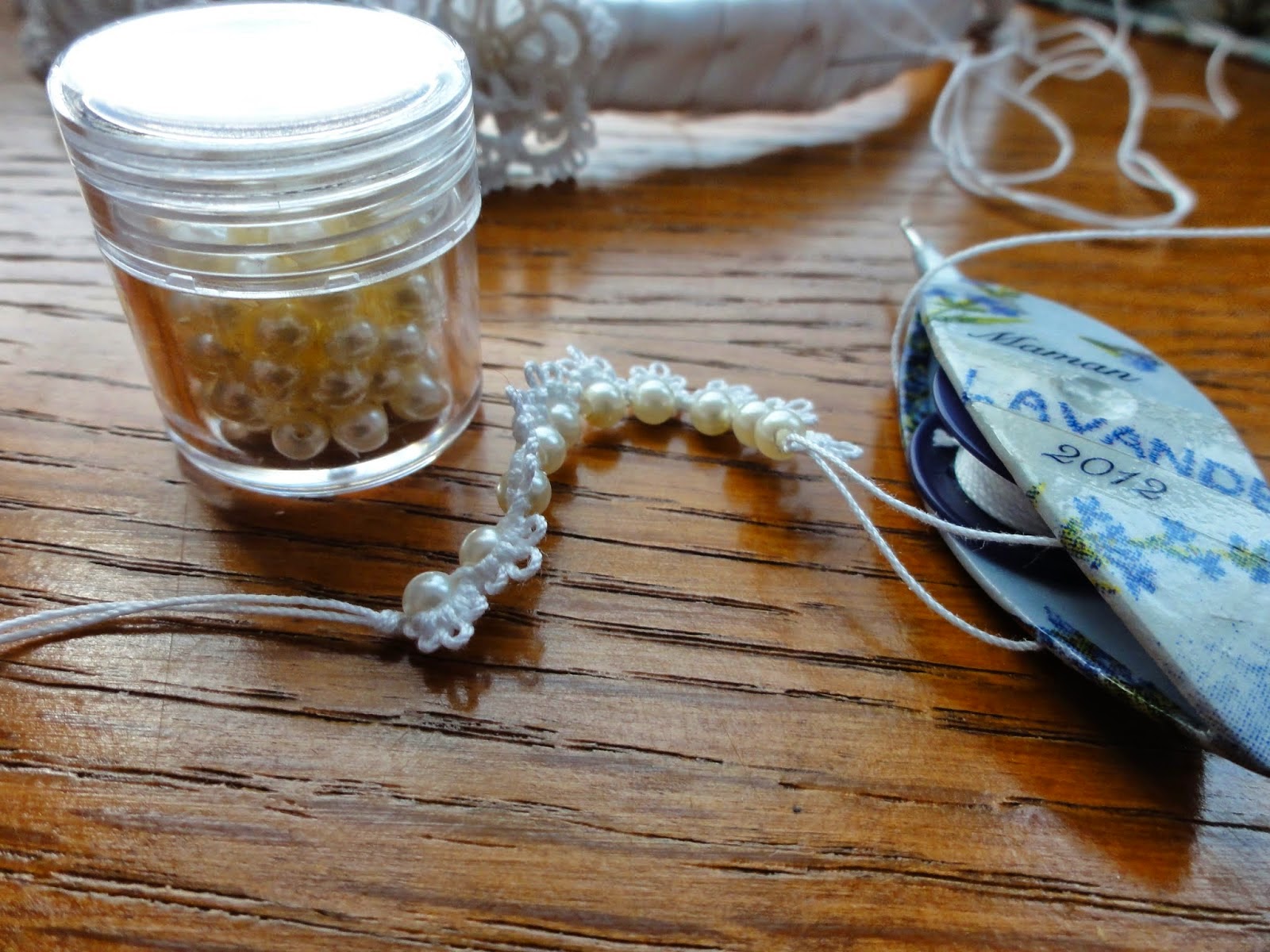 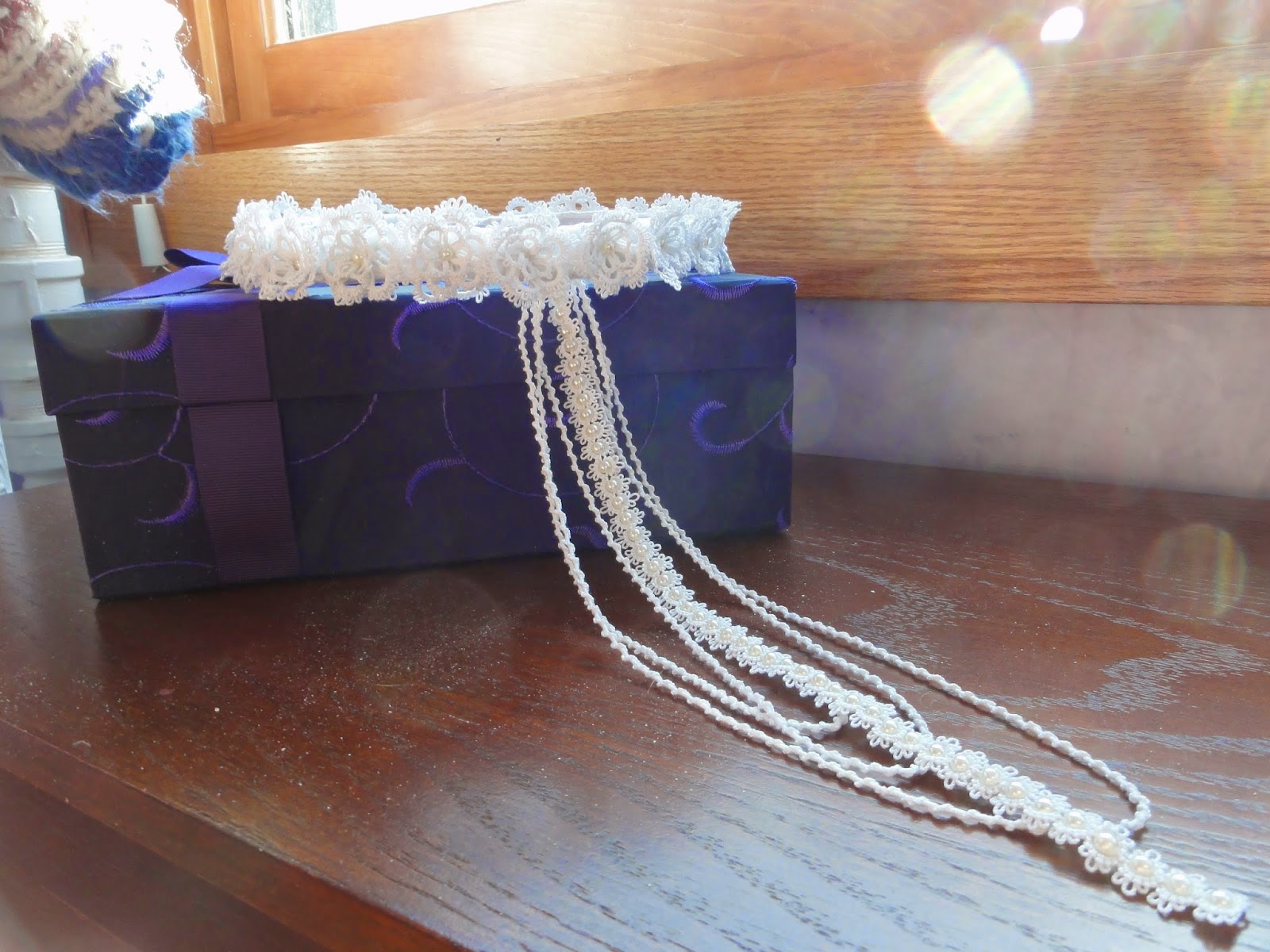 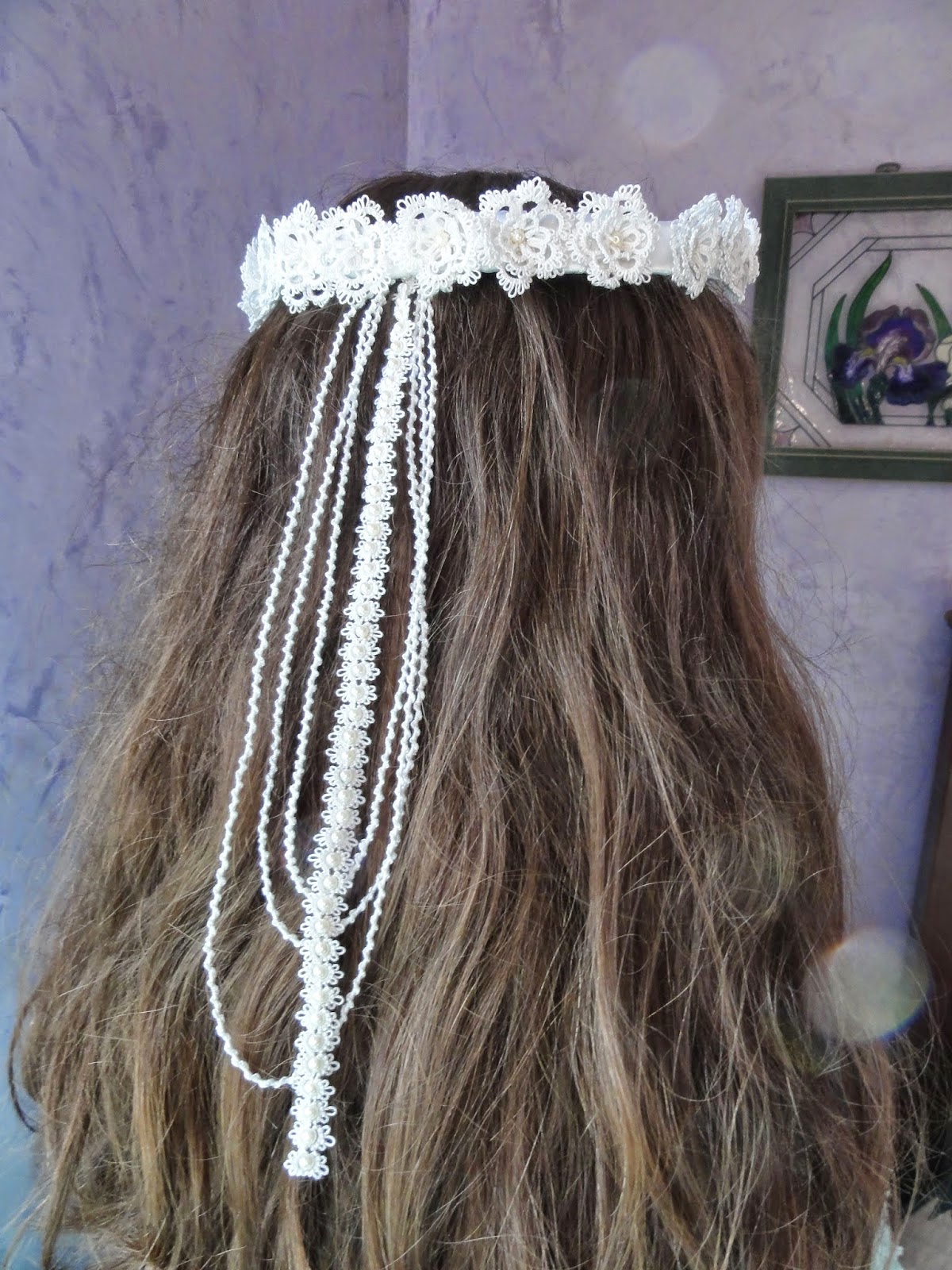 Wanda went on vacation and had shuttles wound with Perfect Quilter 085 ready to go, except that tatting in the car with kids and fine thread, really don't mix. She made stitch count mistakes, broke the thread, and kept making a bigger mess, so it looks like it's time to retire this piece all together. 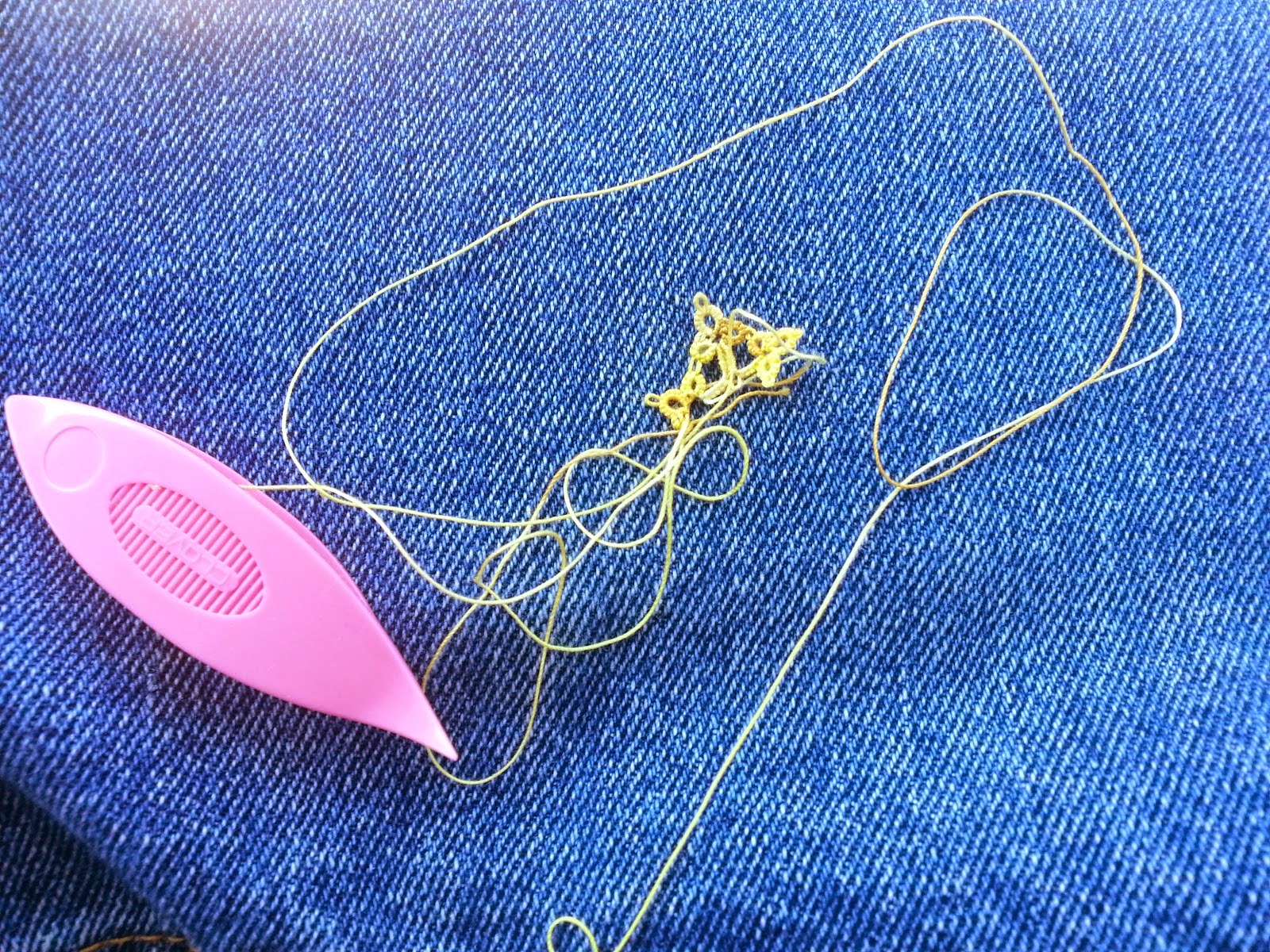 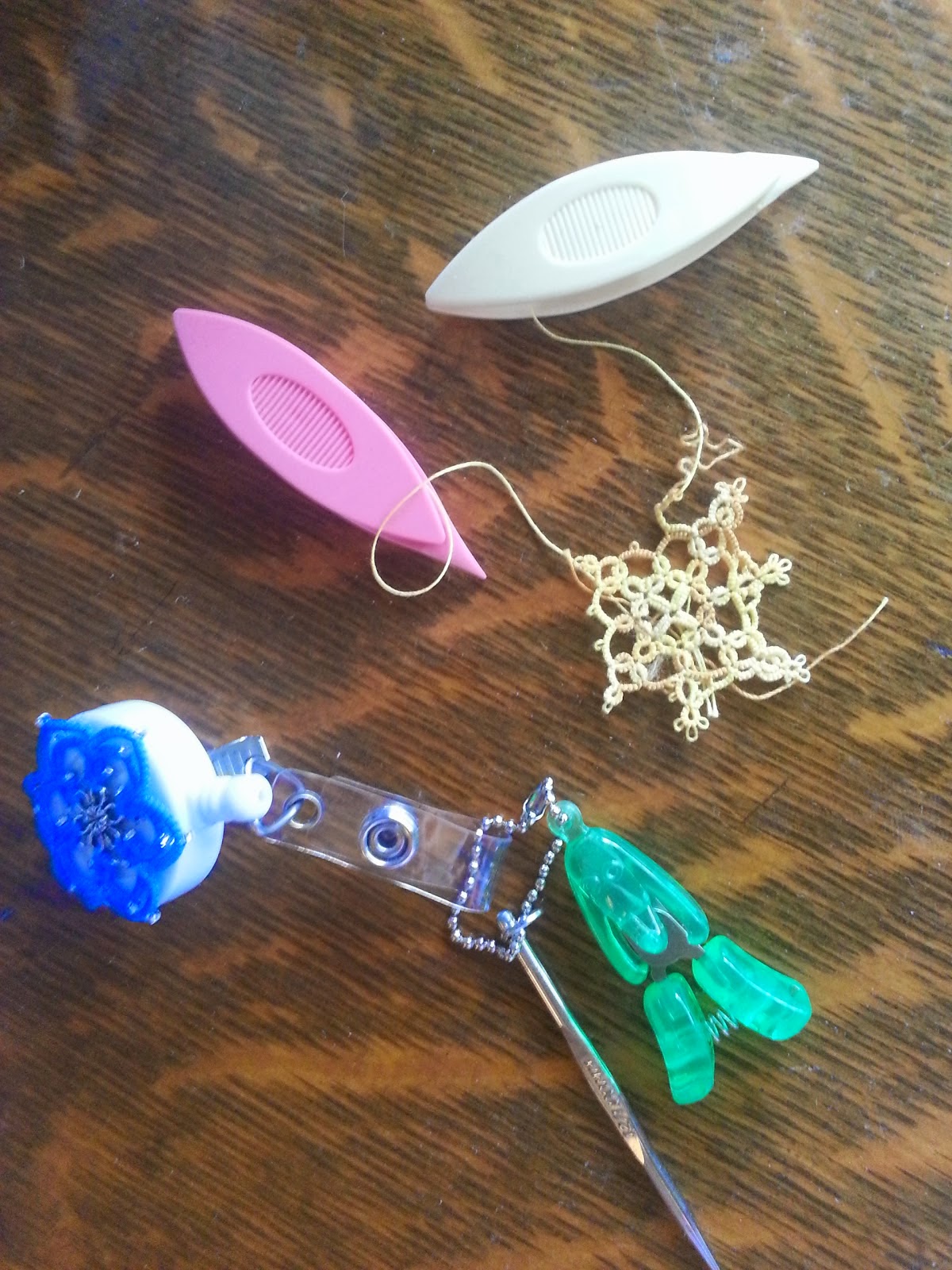