Dawn has joined the challenge again and made this bookmark for her friend Norja's sponsored African child as a gift for her birthday using a pattern is based on a butterfly by Janessa, in Lizbeth size 10 Butterfly Breeze and Coats Virtuoso in white.

Jenn participated in a Tatting Tool Exchange and among her gifts was a mini crochet hook with a gorgeous motif.

Muskaan began with Kersti’s Anastasia Tatted Bookmark and added some free form tatting to fill in the open areas. She tatted this edging a while ago and turned it into a bookmark. However she wasn't really happy with it and decided to do it again in Aqua Blue (4054-0185) in AMC size 20, but it still needed something, so she added flowers and coiled chains. Here you can see both front and back. 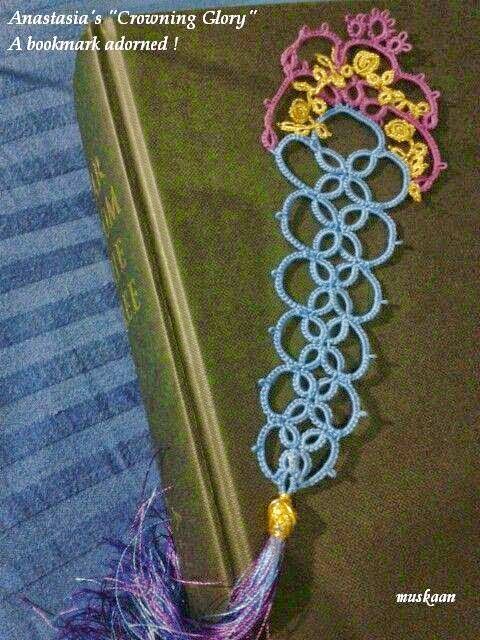 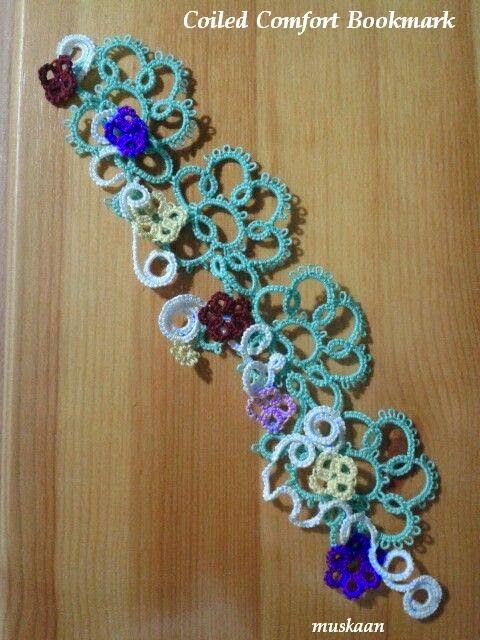 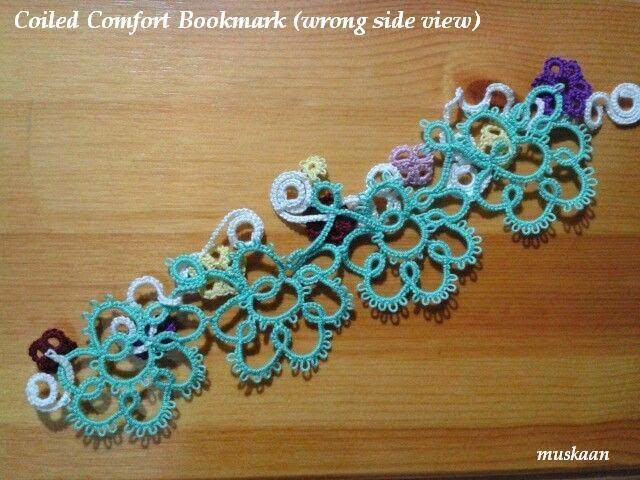 Lilas wanted to remake the Ondine bracelet using speckled obsidian pearls  and black Lizbeth size 40, but the change in the bead size meant tweaking the pattern and the result is this charming necklace. 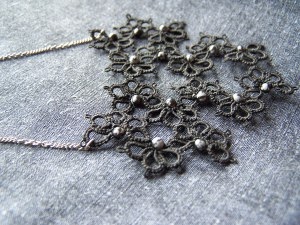 mb duke tatted this cat from Inga Madsen's book, Tatted Animals, in Lizbeth 40 Tropical Punch. She wants to give each family member a tatted cross bookmark for their Bible and this is the third one she has almost finished, done in Lizbeth size 40 Sea Coral Citrus and Lime Green Light. 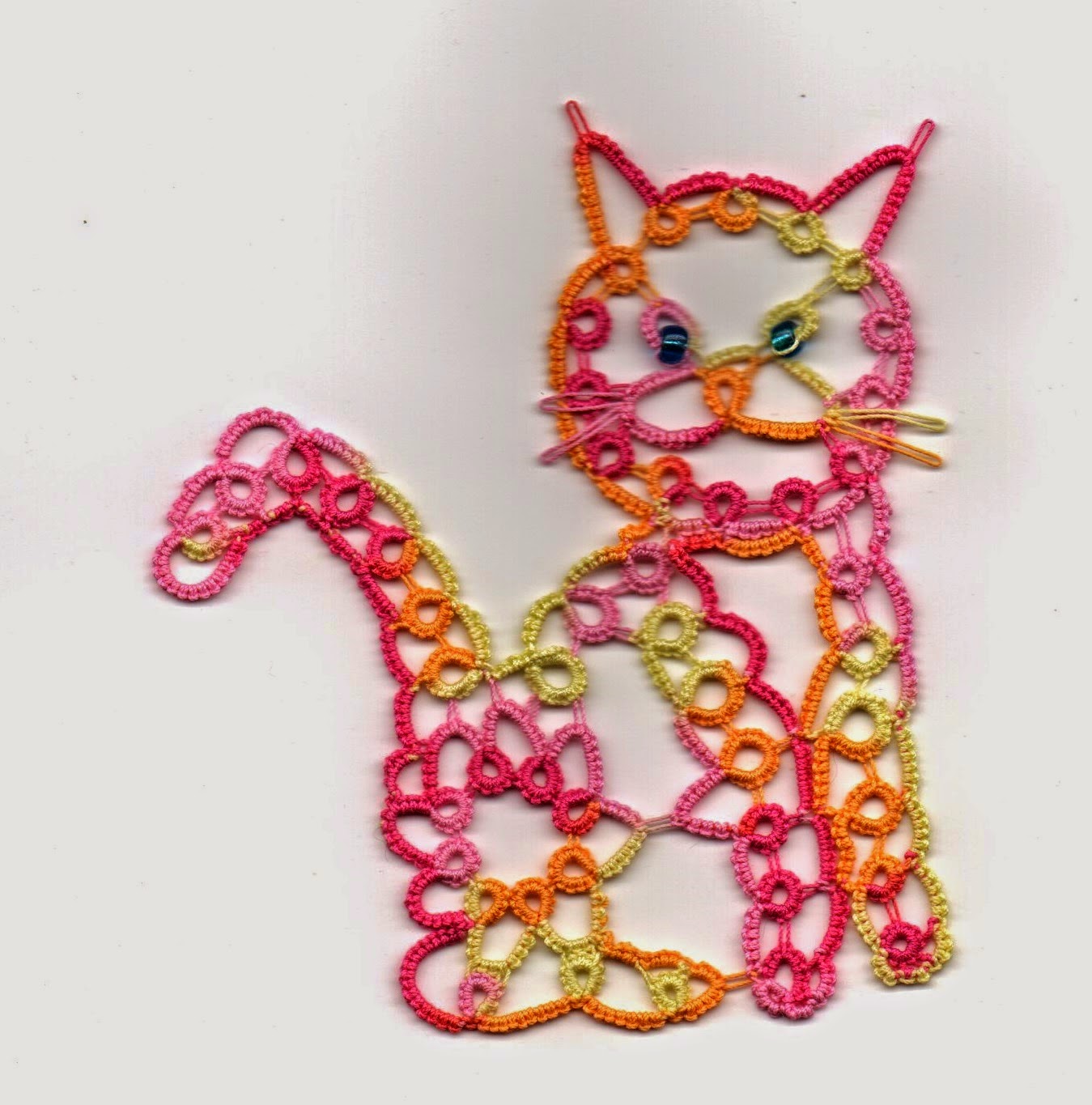 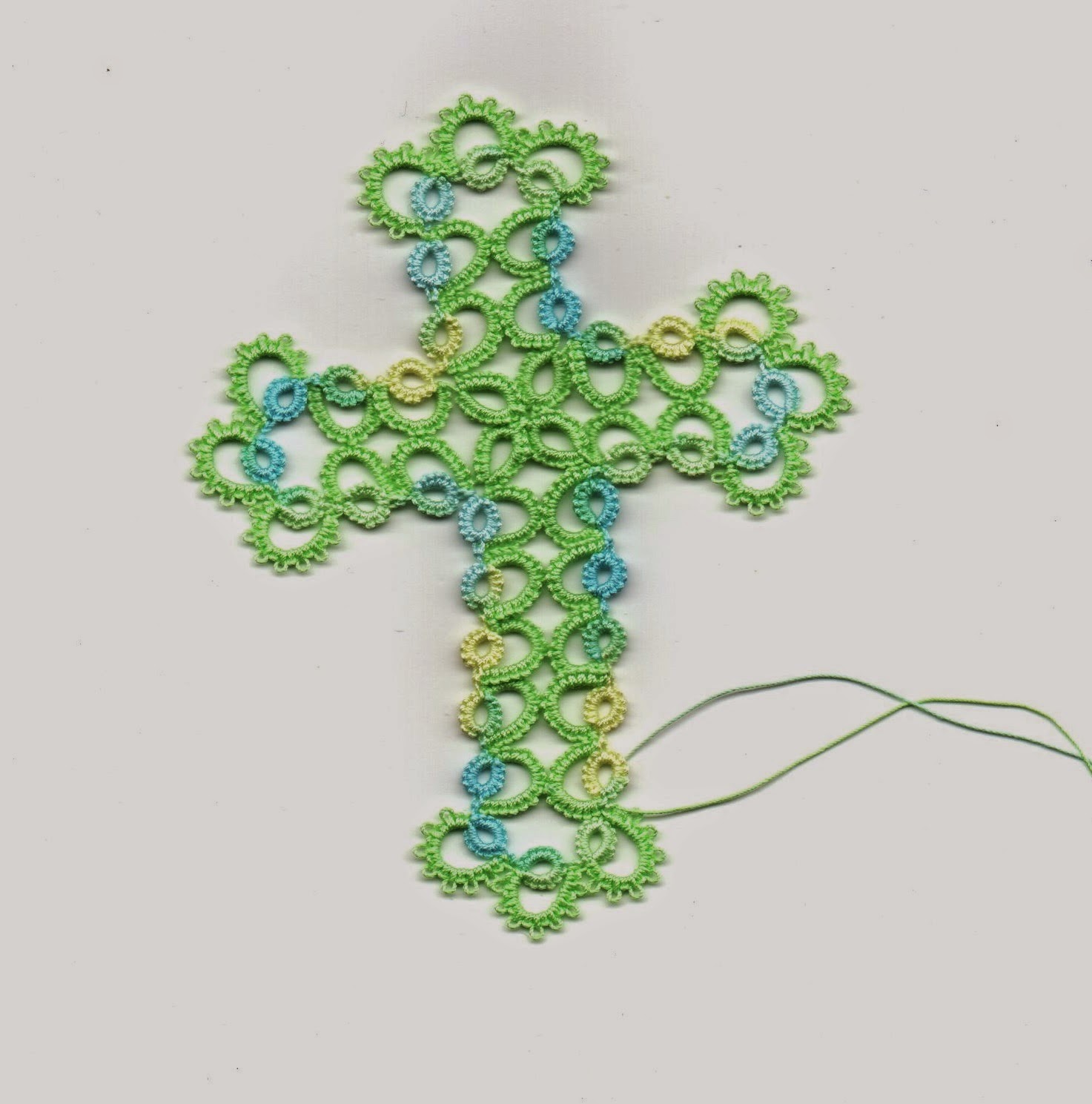 Grace tatted Mrs. Odum's Daisy twice, doing it the second time with beads. Her instructions on Renulek's doily are continuing, although, as you can see here, she added beads which aren't part of the original pattern.

Diane hasn't been doing a lot of tatting, but she did get some work done on her doily. 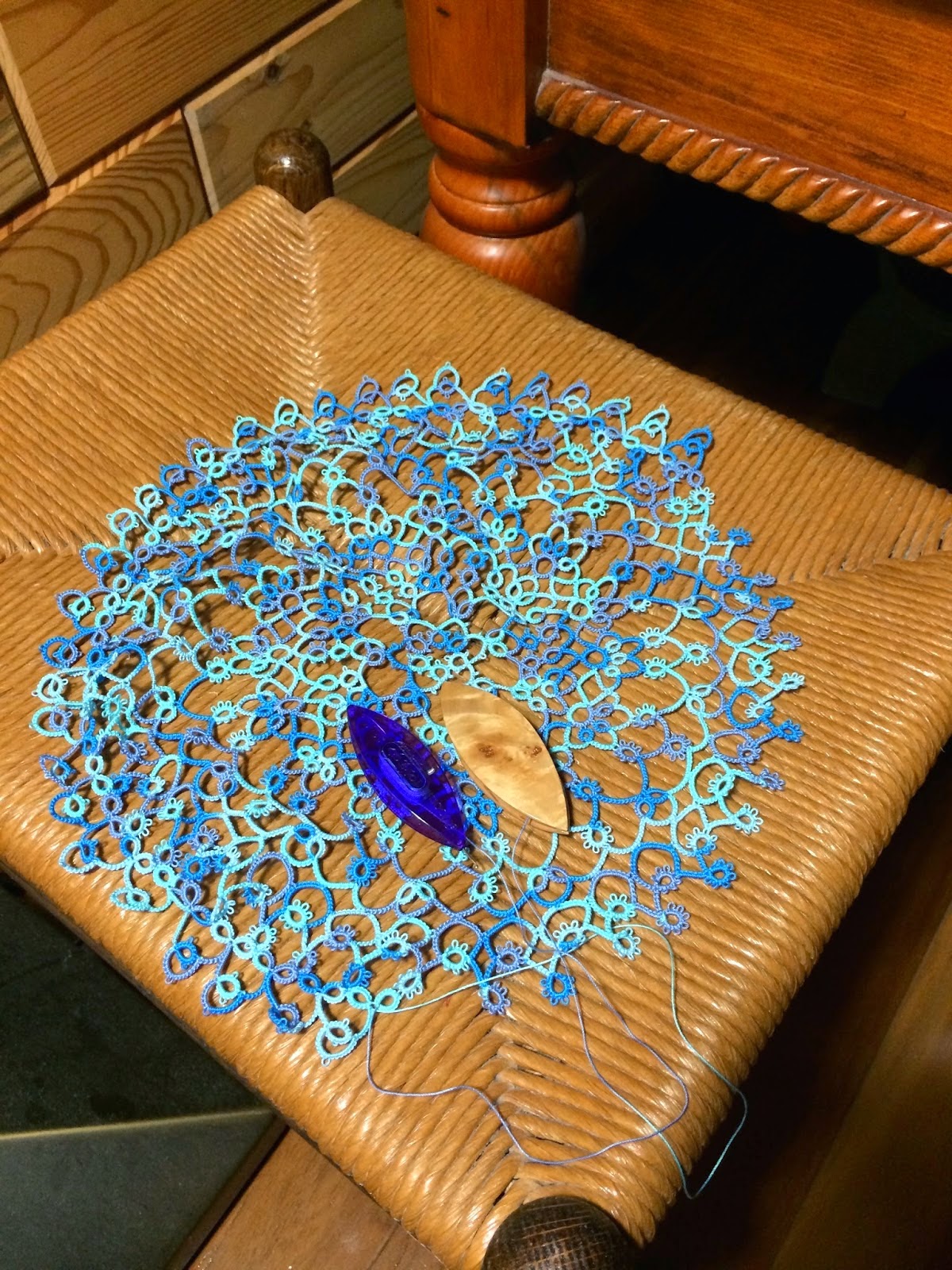 Fox started this doily, but the outer rounds just aren't behaving the way she wants them to so she cut and started again, and again, and it's still not working the way she wants. She set it aside to tat something more encouraging and brought out the Japanese book to tat one of her favourites. She started it again in size 70 Venus thread and the join separated in the centre. GRRRR! She did however manage a small motif in the Venus from a Russian book from Kristen. 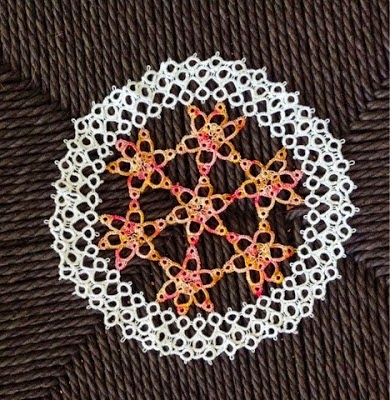 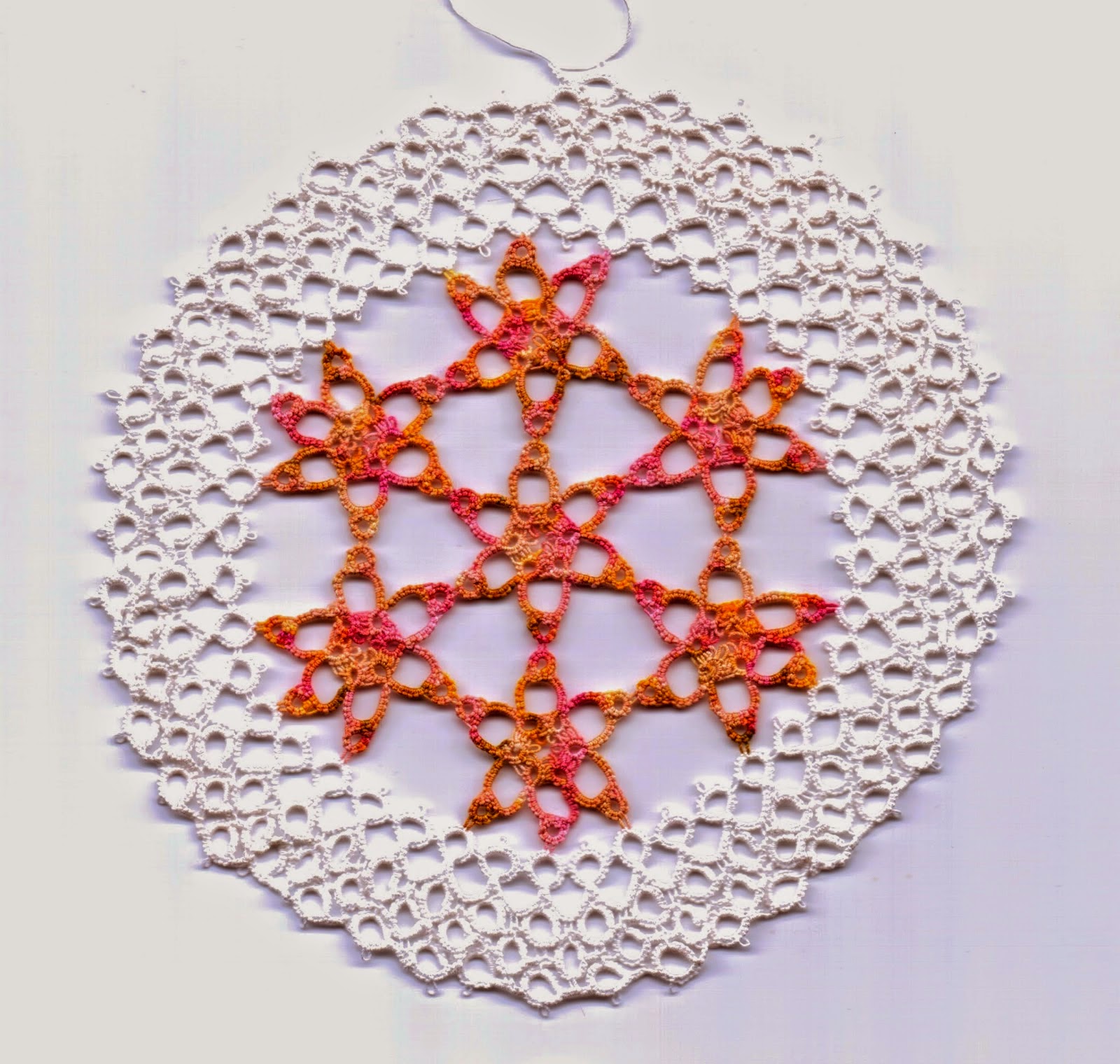 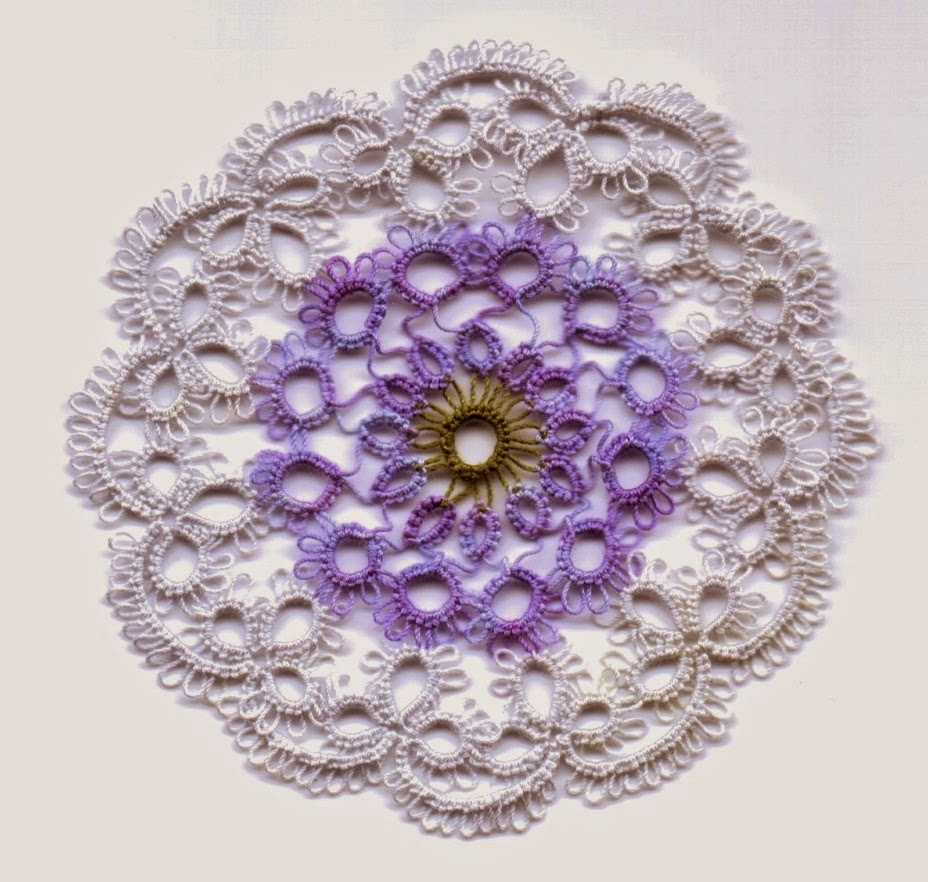 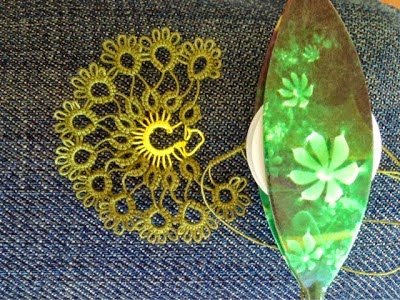 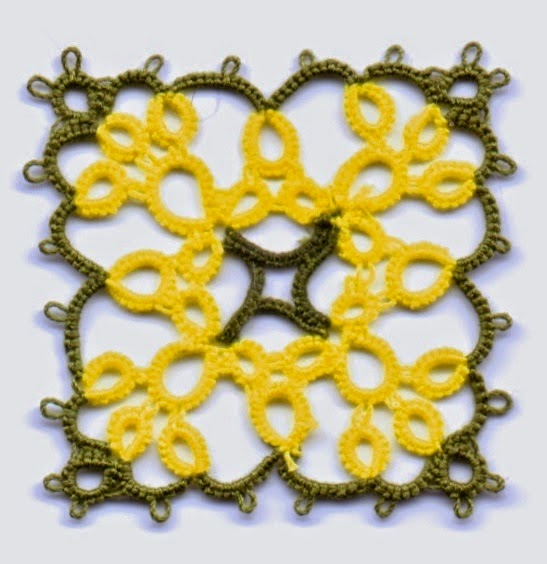 Kristen is home for a while and managed to tat another of Nina Libin's necklace designs with some matching earrings created by using the first few rounds of the pattern. She also made another bell, using a Jane Eborall pattern. 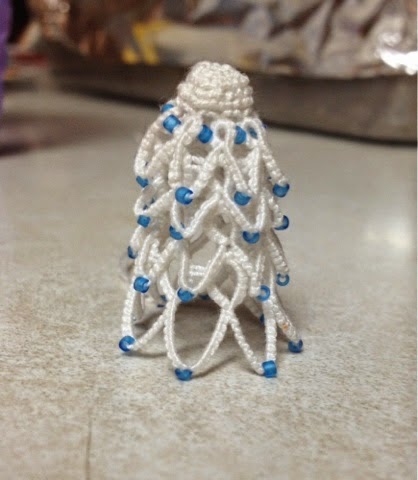 Margaret has been on holidays and found this little tatted doily in the hotel gift shop and it's the first tatting she has seen on sale anywhere. 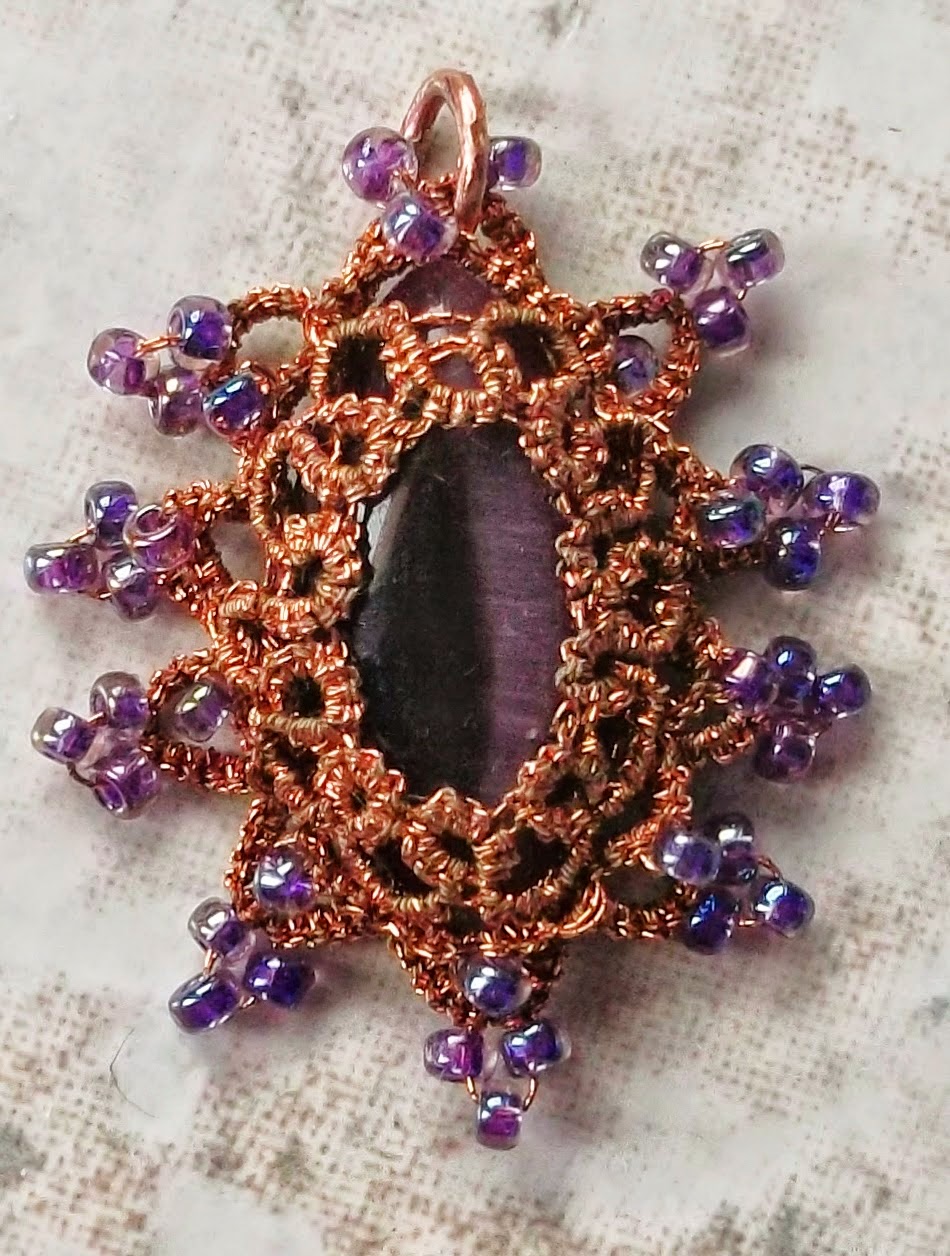 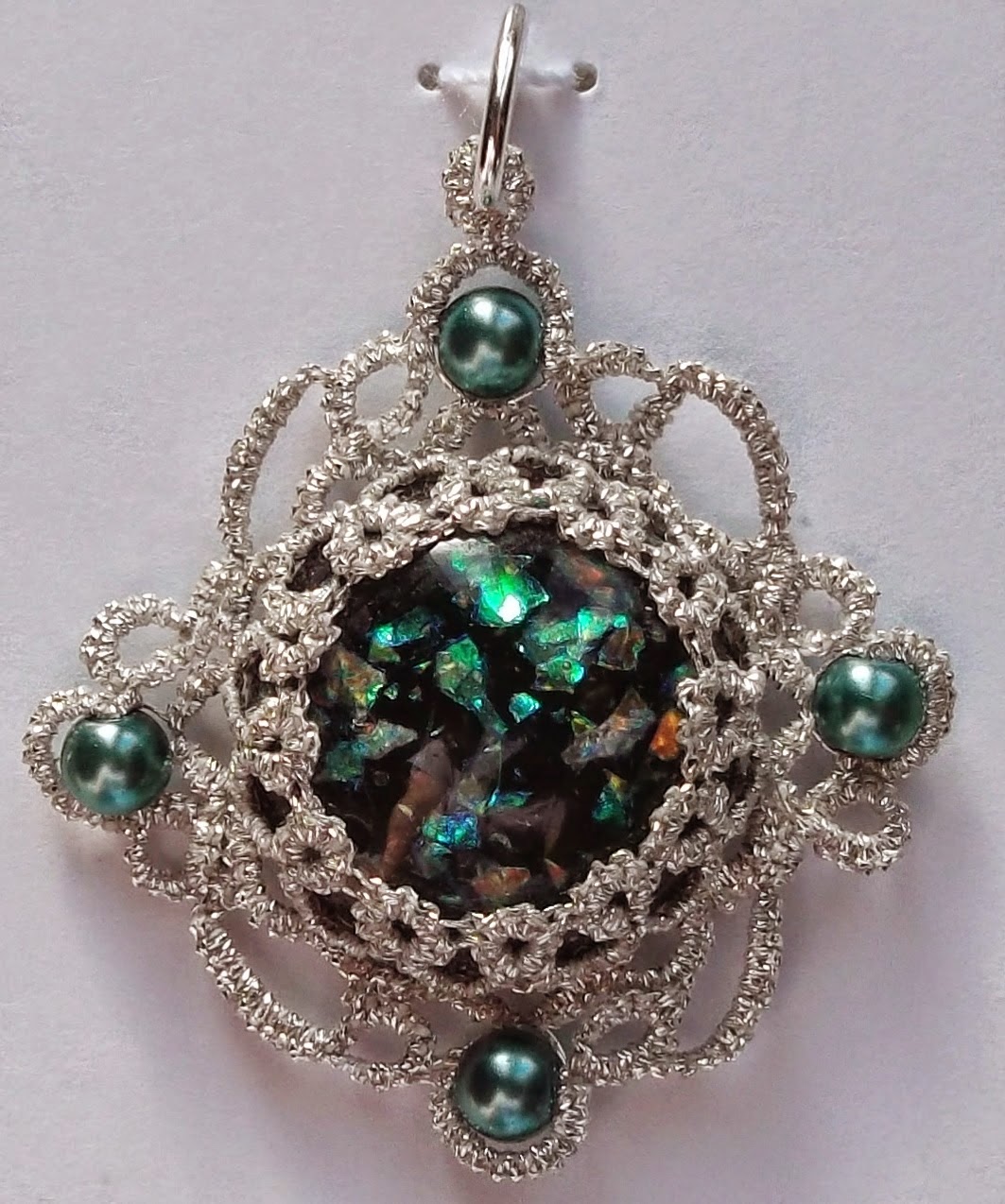 Mica finished this Italian doily in April but has just scanned it now. It's one of 3 doilies that all start with the same centre and was tatted in DMC special dentelles 80 in ecru. 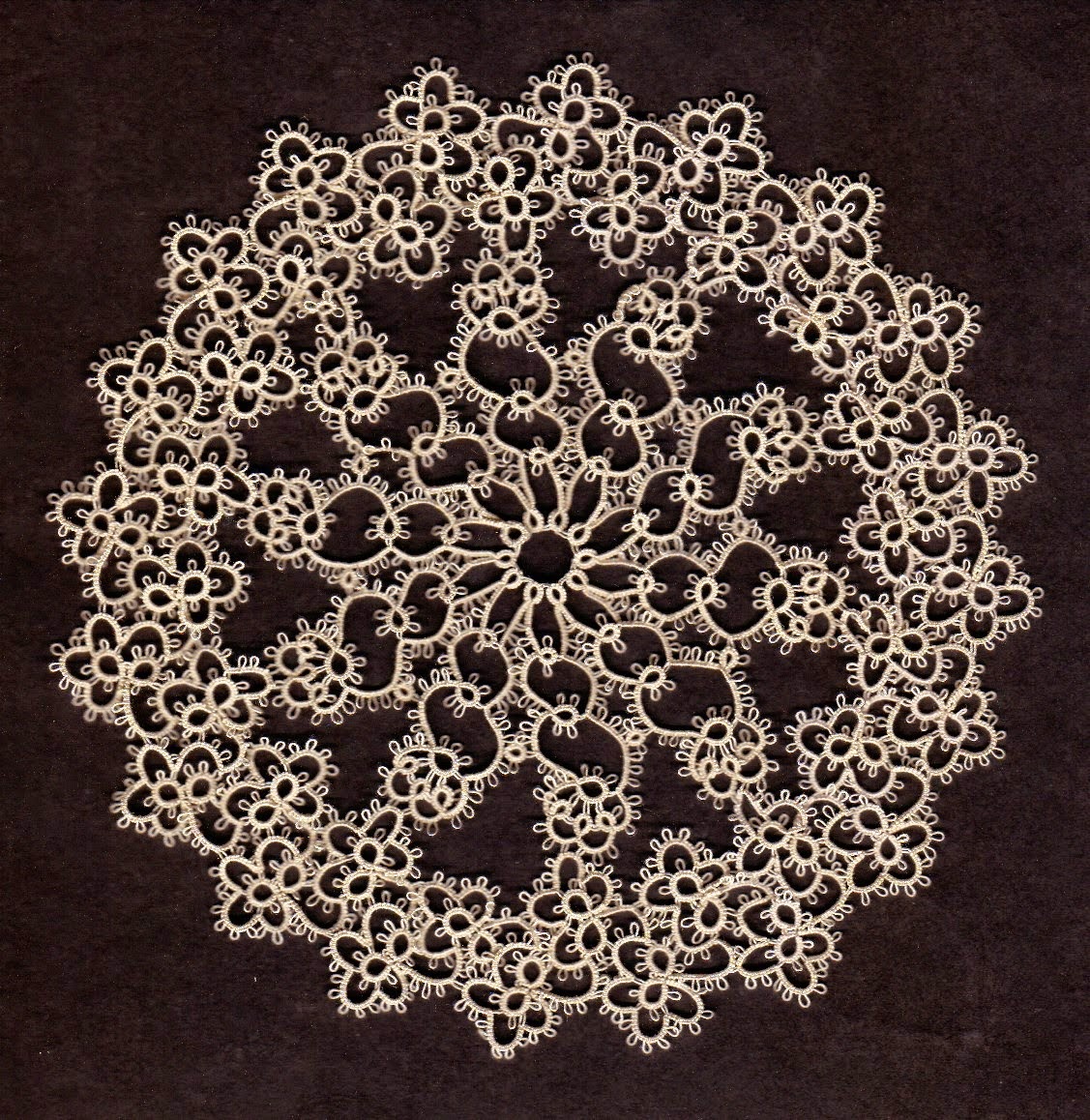