Michelle's 3 contributions to samples for the vintage book by Nellie Hall Youngburg, Forty Original Designs In Tatting were all needle tatted in Lizbeth size 20 thread.

Sue hasn't been working on her hat much, but at the class the other night she managed one more motif. 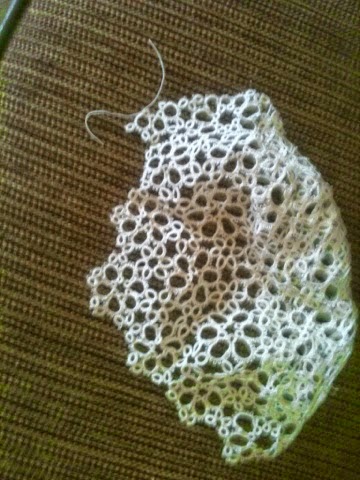 Diane's students are continuing to tat during the summer and Paige has even developed her own bracelet pattern. 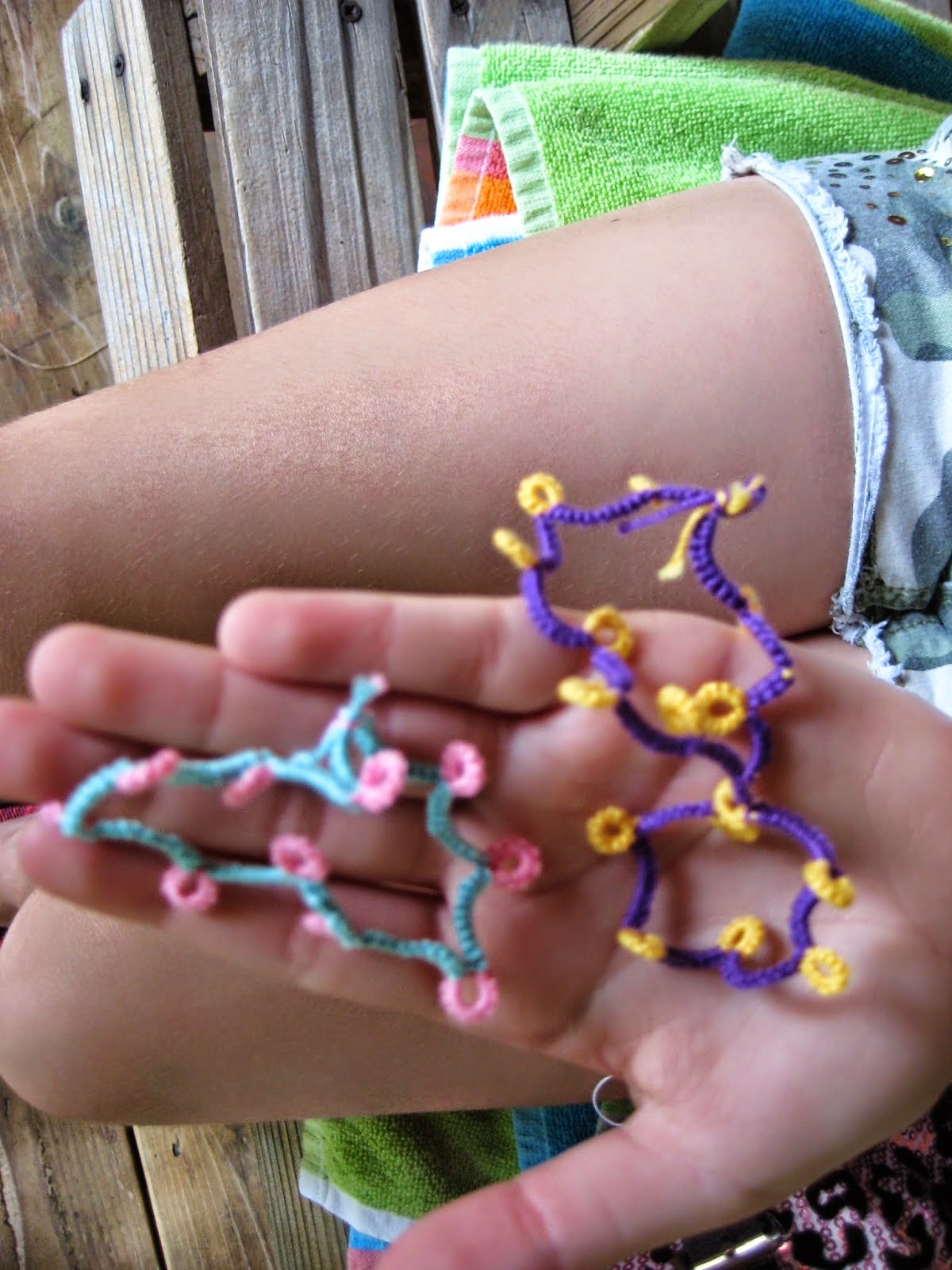 Fox decided that she couldn't bear to waste any more of Karey's HDT so she's finished with this doily that just won't work out for her. In order to use up the wound Lizbeth #40 white thread she tatted Driberg again but added beads and she likes the way this turned out. Berlin, from Occhi Patchwork was tatted in Karey Solomon’s HDT, #30. 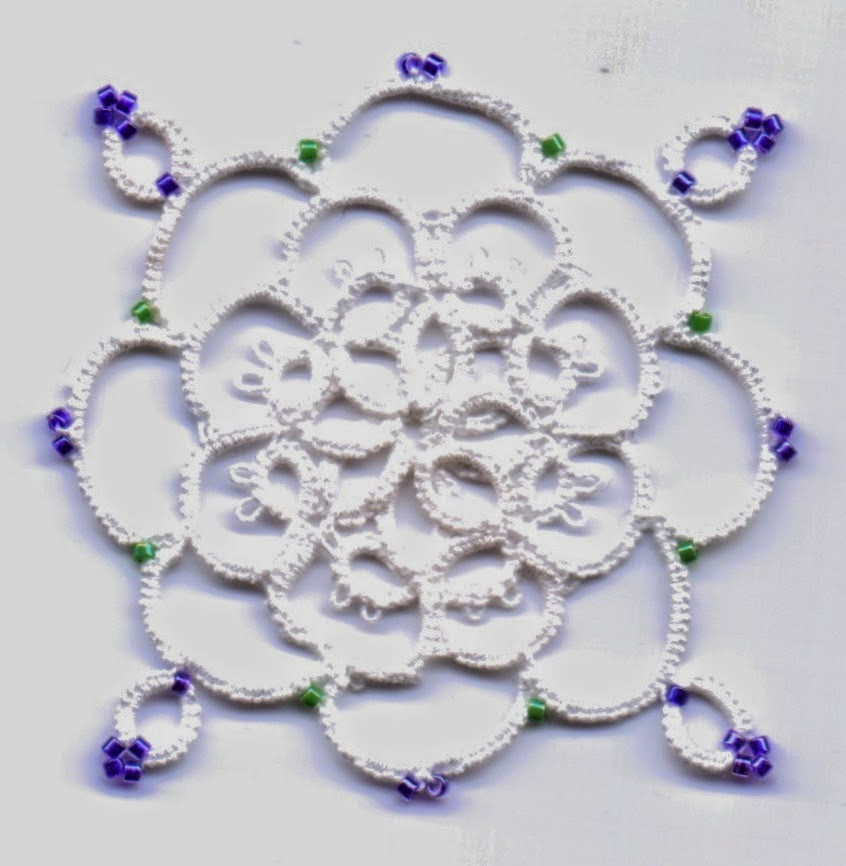 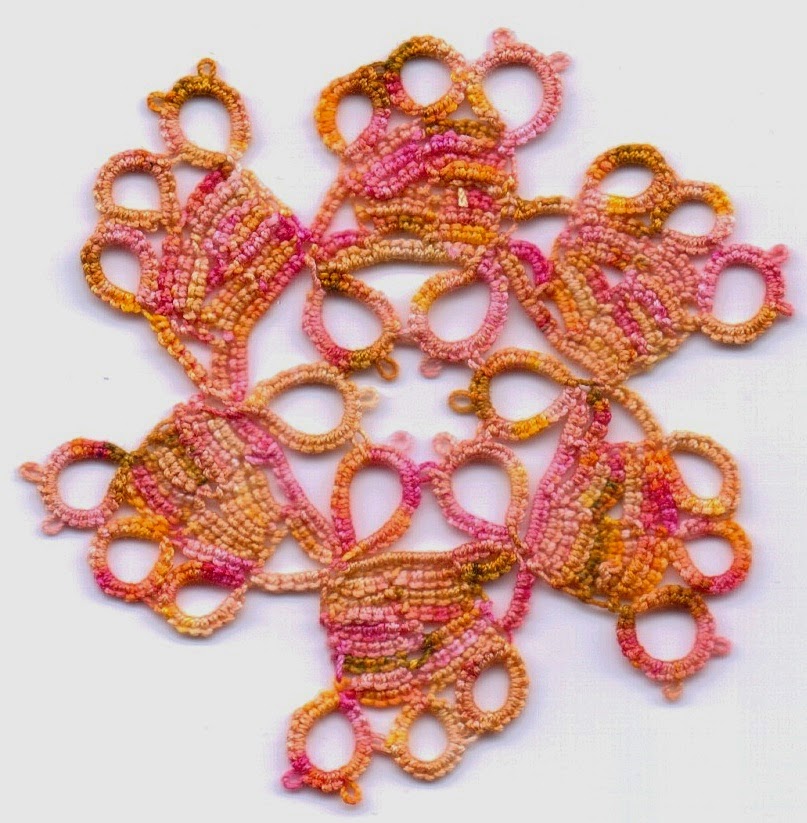 Marie tatted Jane's, "Cat-Sitting", in size 20 thread for her sister who recently lost one of her kitties. These earrings were tatted with dark peach  Cats-eye, using gold sewing thread and are reminiscent of the sunflowers she grew. Two strands of Coats and Clark, silver sewing thread were perfect to set off this Agate. 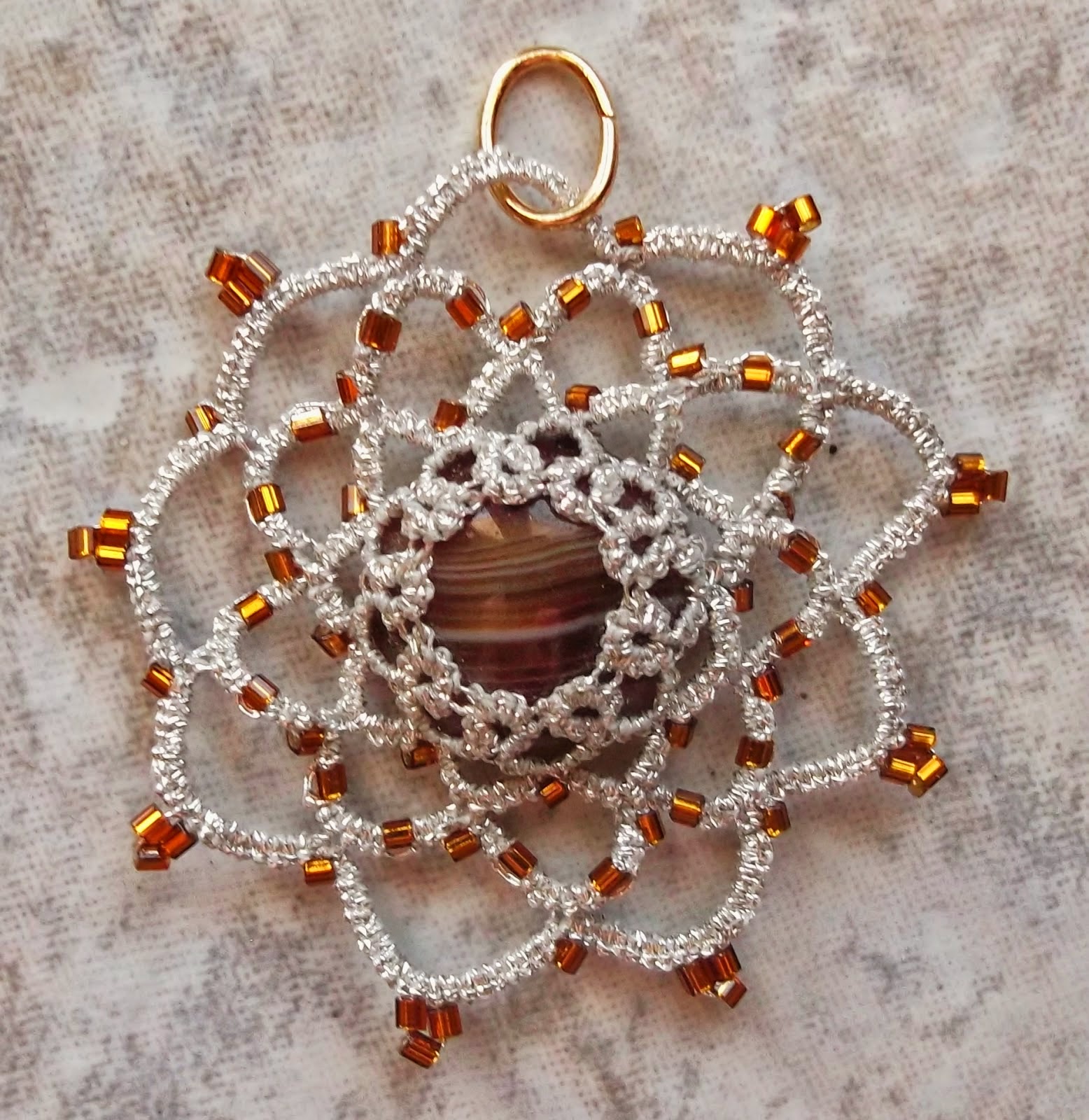 HisKid based these designs on the bottom part of Semarak from the book Tatting with Rings by Jon Yusoff. They are all tatted in size 40 Lizbeth and the earrings are Lilac Dk, while the dangles are Bright Orange, Lemon Yellow, and Christmas Red. 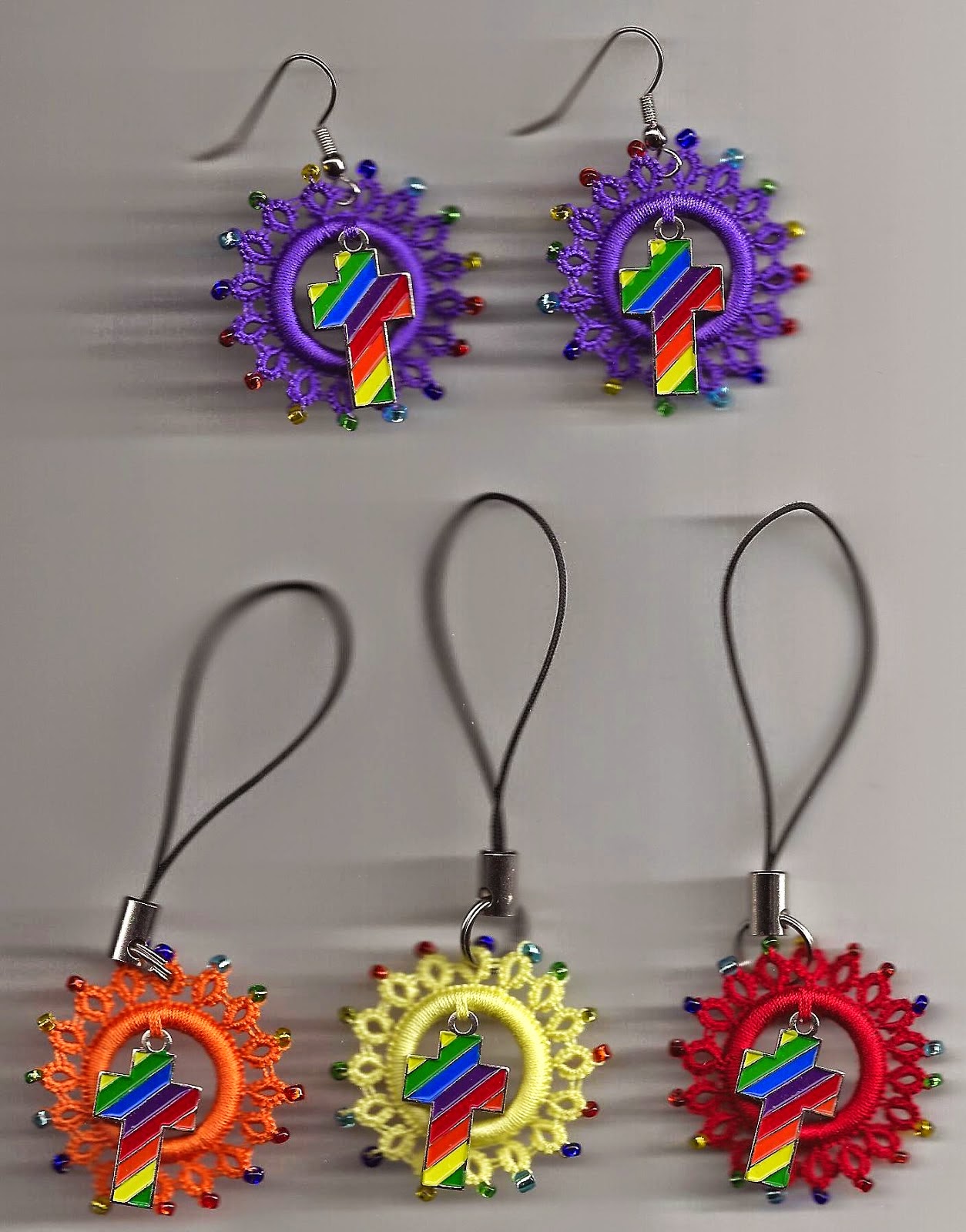 Wanda started out tatting an edging in Lizbeth #670 Victorian Red size 20, then she thought of turning a corner, but that let to thinking of a triangle. It seemed pretty empty and boring so she added a middle, but the whole thing would have been easier is she had started with the middle first. 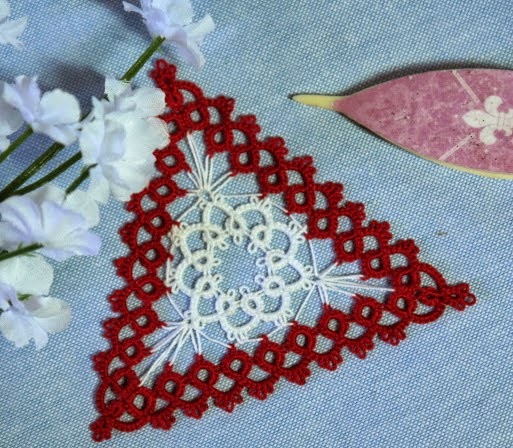