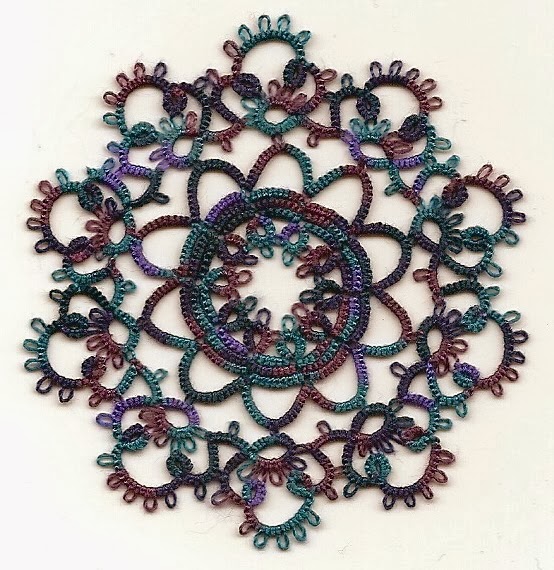 Sue was sent this charming squirrel for her granddaughter, whose bedroom has a wildlife theme. Day 13 of TIAS must have something to do with ducks or umbrellas...or maybe not. 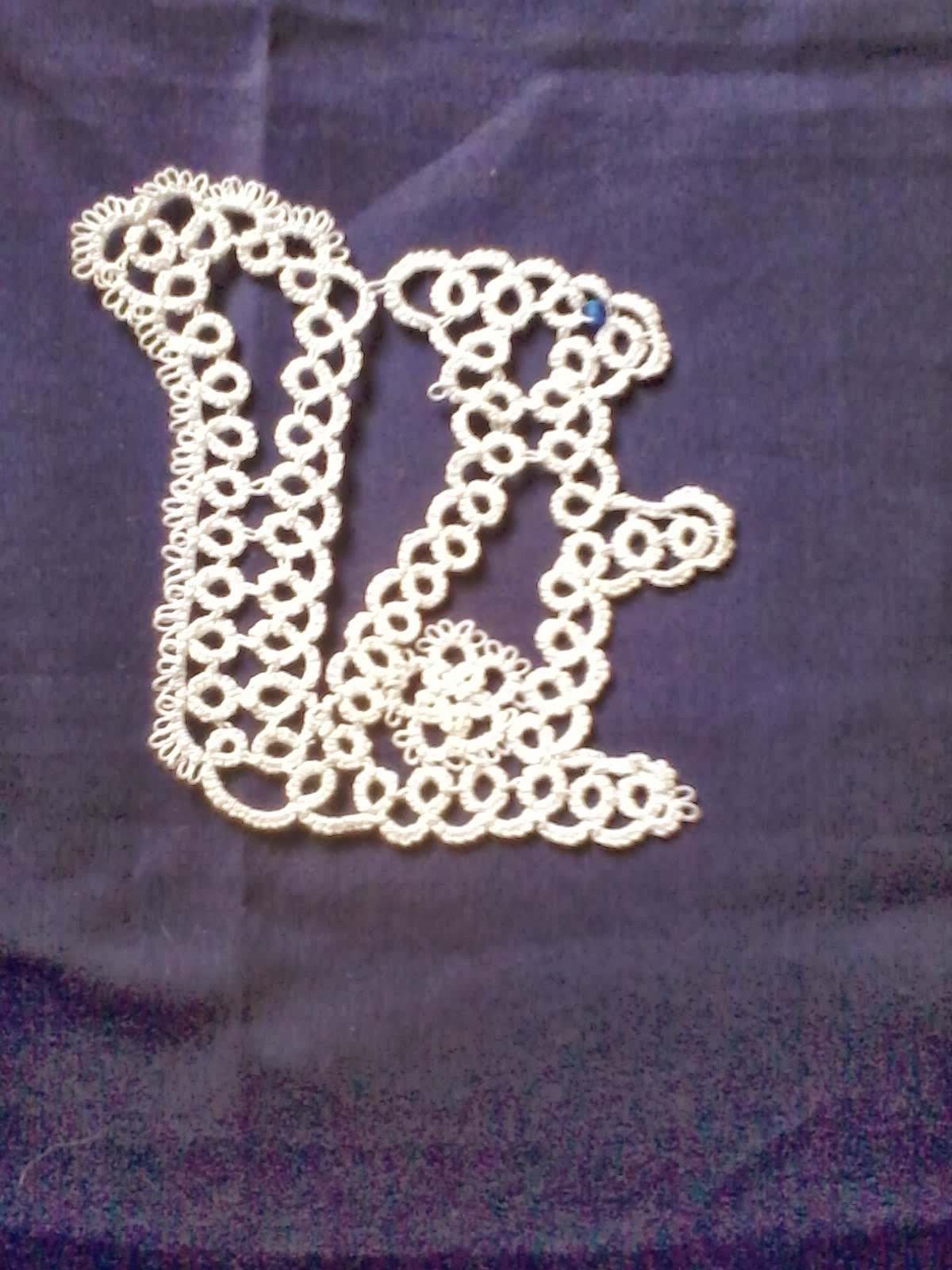 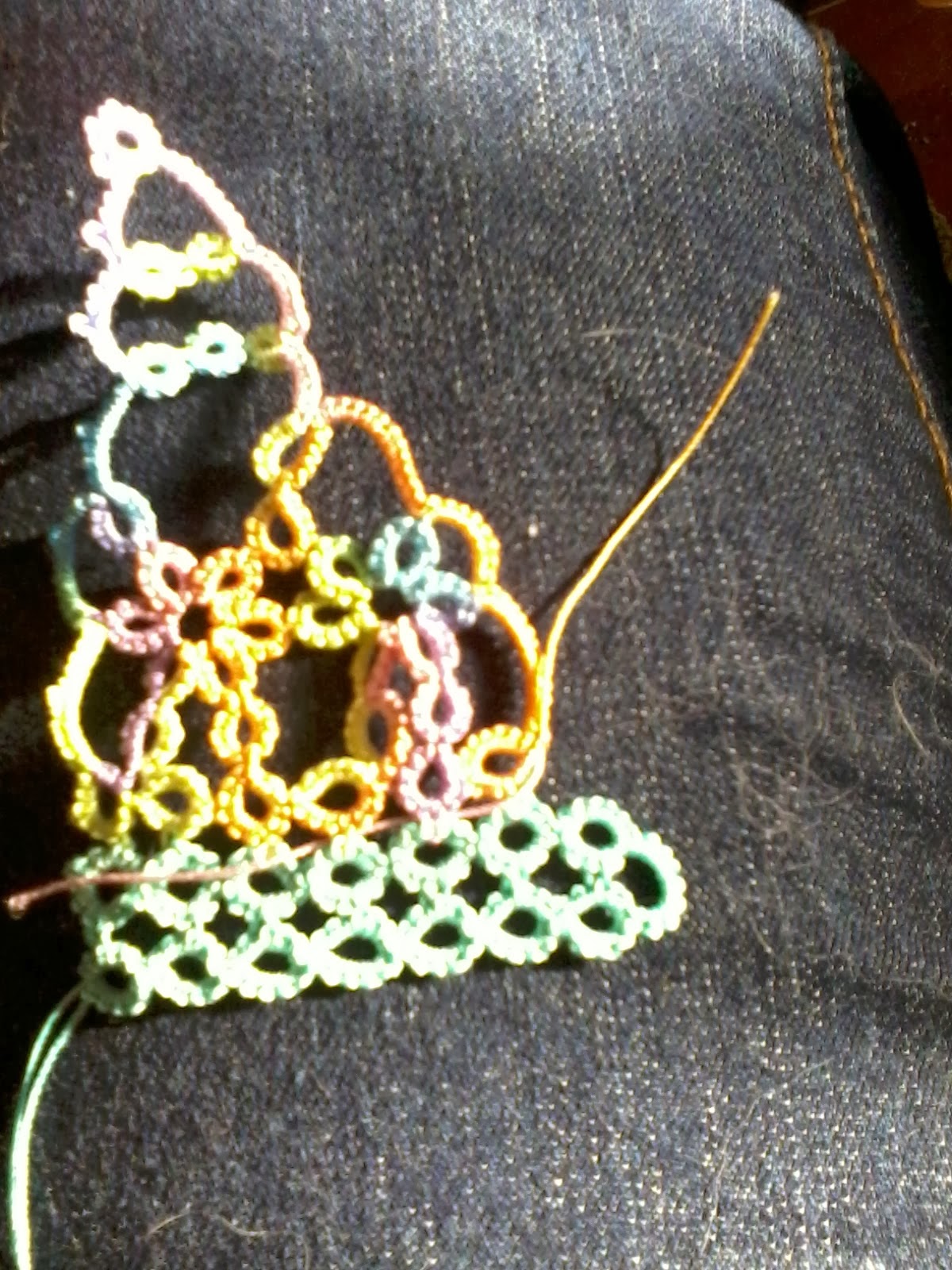 Claire likes Kersti's Floral bookmark, as long as the tail is attached to the bottom, but she wanted it attached to the top and in November, modified it accordingly. Now she has included the instructions for the modification on her blog.

Phyllis shows three of the four squares that she has finished for the Tat Days 2014 Quilt, whose theme is Tatting, Tea, and Toffee.  The first teapot is from Intatters, while the two motifs are from Patti Duff's Minitats book, made with her own hand-dyed thread.  The other two teapots are Marth Ess's patterns.  The green edging is a variation of Daisy Chain pattern from Big Book of Tatting.  The thread on these are Lizbeth Spring Flower 101, Leafy Greens 138, Latte Foam 168 and a brown 691. 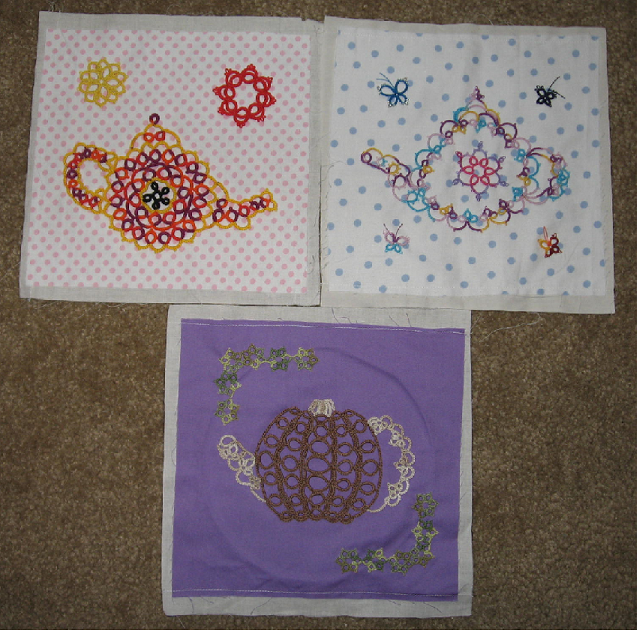 Lelia has day 13 of TIAS done and wonders if it's a wing.

Diane really likes the way Lizbeth Twirlz, #402 Purple Berry looks against the white hanky, but it matches the colour of the floral hanky perfectly. 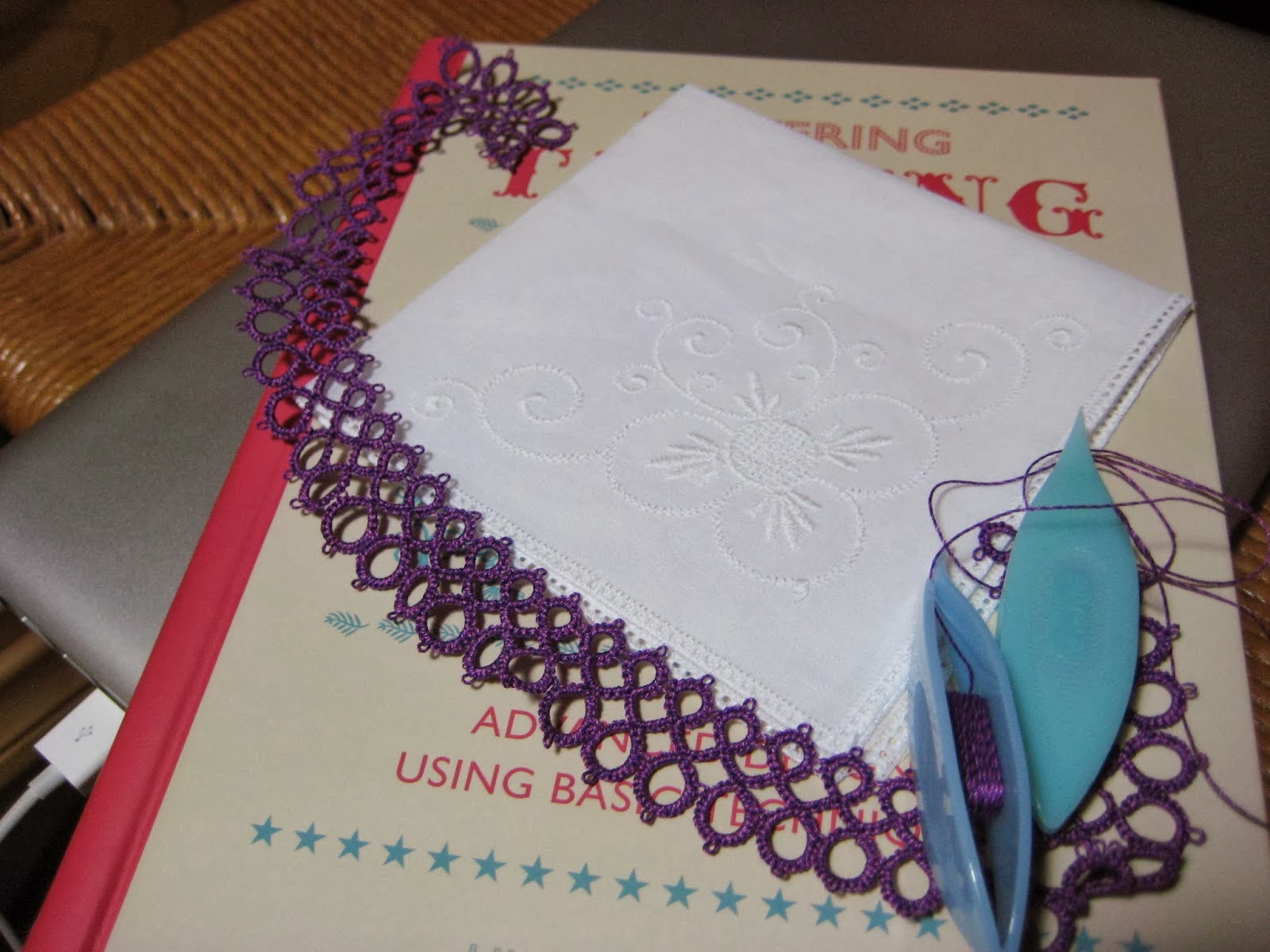 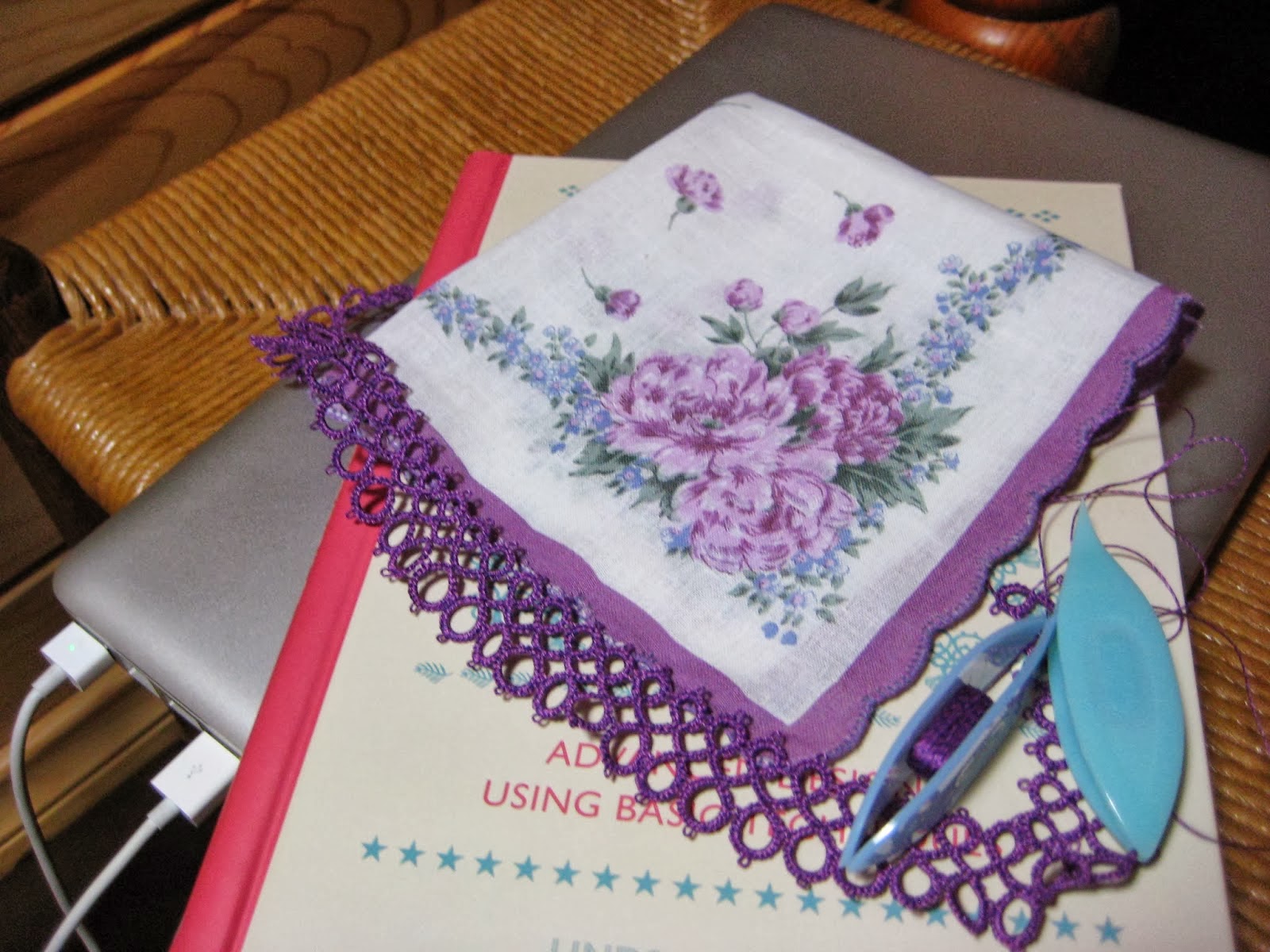 Marie tatted this snowflake from DMC-Tatting for Today in size 20 crochet thread. The beaded "Tiny Tatted Spiders" pattern from Totus Mel were made with size 10 crochet thread. 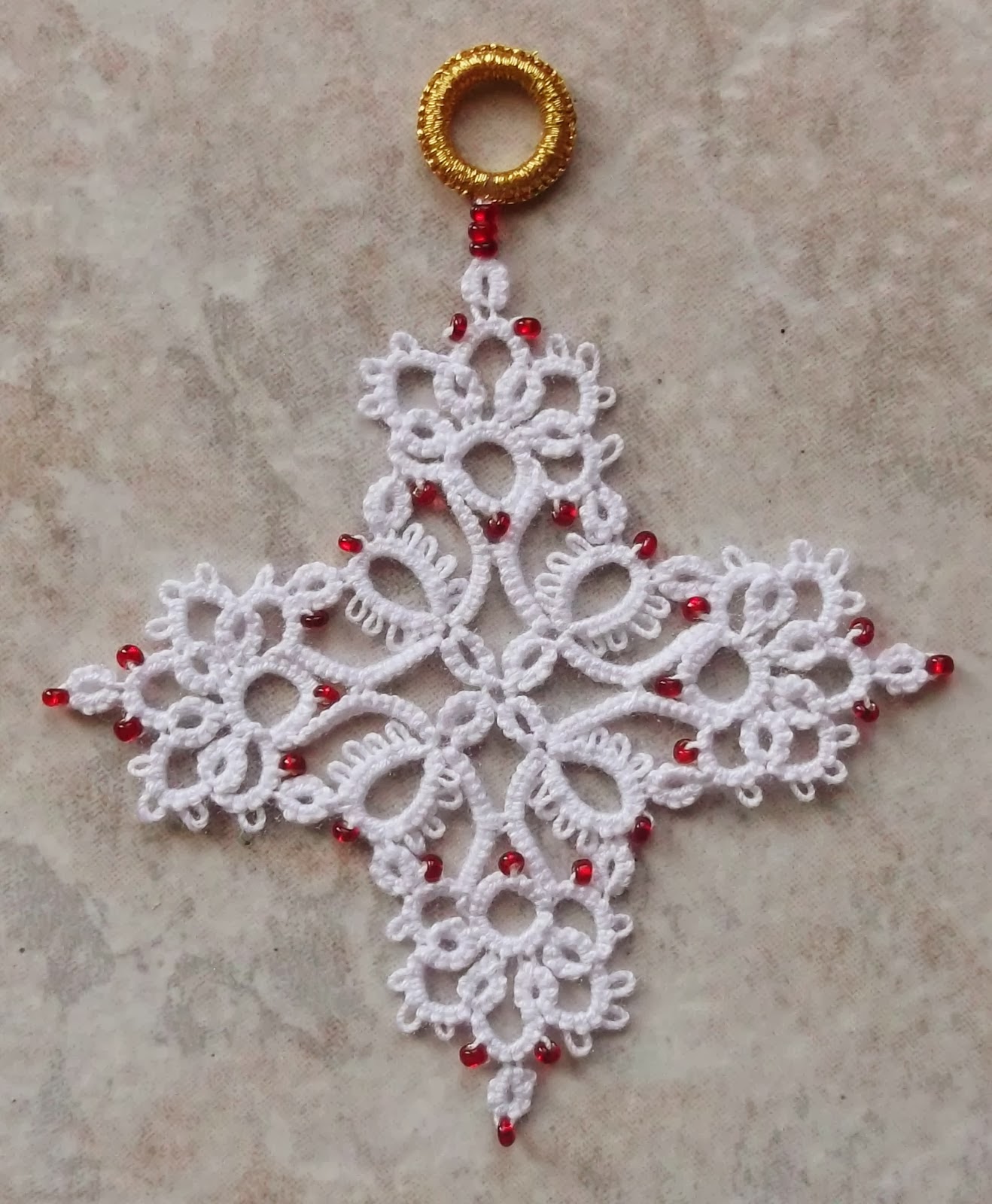 Martha did the aysmetrical variations of Karey's Heart from the current issue of Tatting Times. This one took doing Catherine Wheel Joins from the back side to make it blend with the front side in appearance. She was using Frivole's delightful Happy Heart pattern to practice and try different strategies for making the join from the back side. 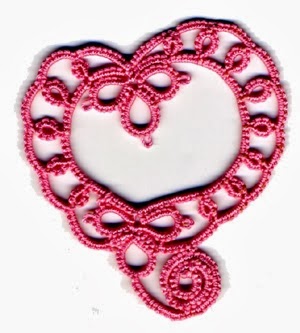 Orsi found the Ankars patterns to be difficult until she referred to Georgia Seitz web site. After that, things went much more smoothly and now she is ready to add beads. 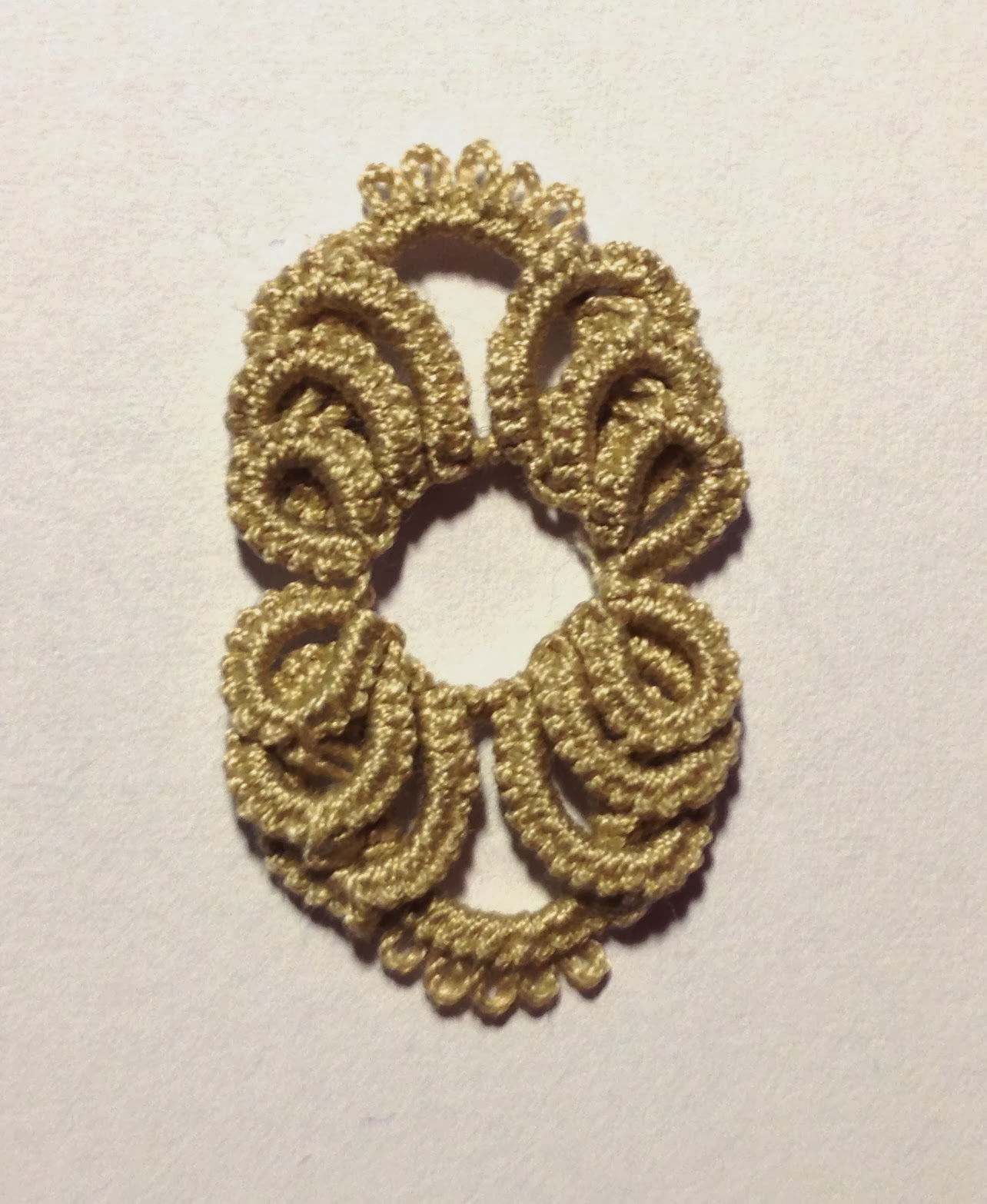 Wanda has TIAS day 12 and 13 done and it might be a sailboat, but it might not be, since Jane can be very sneaky. She has this little piece made with Coats Cotton Machine Quilting thread done, but she doesn't have any plans for it, she was just trying out the thread.