Sharon tatted this trio of snowflakes using Snowflake 7 from Festive Snowflakes & Ornaments edited by Barbara Foster. The snowflake on the left is Yarnplayer's Snowflake HDT. 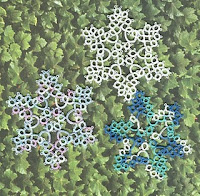 Linda has been busy crafting angels. The first one is a free pattern from Martha Ess and the second is from Mark Myers' Tatted Gathering of Angels which was done in size 10 thread to make a larger ornament. The felt angels have tatting added for the halo, edging around skirt and the heart in the center.

Bonnie has tatted Jeff Hamilton's Sine Wave Star which was done some time ago and she's just getting around to showing it. 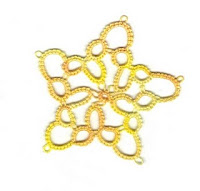 Ancolie has two new pieces for her challenge and although they aren't difficult, they are delicate and pretty.

BSOTF has a pair of glitzy earrings that you can use for a dressy event or as pasties for an un-dressy event. 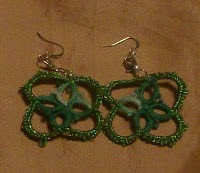 Fox has made LaRae Mikulecky's Christmas Wreath with Josephine Knots. Those little red knots really stand out just like ornaments on an evergreen wreath. 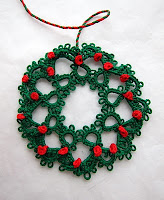 Lily completed Lyn Morton's Ring of Roses Bracelet (she thinks), it's from the book Tatted Jewelry done in Coats' Tridalia in Pink Grapefruit with tiny seed beads. Teardrop from the book Needle Tatting with Style book 1 by Barbara Foster tatted in Lizbeth Boysenberry Dk was used to adorn a plaid headband, but it needed a little something, so she added a butterfly in Leafy Swirl (?) and crystal bead. Lizbeth Antique Violet Med tatted in to a flower with crystals from Lyn Morton's book, along with Leafy Swirl Lizbeth tatted into a little butterfly with 0.5mm seed beads were added to a blue headband. The Yellow/Green motif made with Tridalia - Christmas Green and Sunshine Yellow came from an old Workbasket magazine and the purple and green variegated motif was a 5-point star from The Gentle Art of Tatting Things We Love by Ann Rizzo, but since Lily ran out of shuttle thread she only did 4 repeats. It's tatted in a combination of colored cotton/poly sewing thread for the outer star and tiny seed beads, but she doesn't like the finished results of the modified star. This design done in metallic thread with 2 pink crystal beads is supposed to be a heart, but somehow hers doesn't look very heart-like. 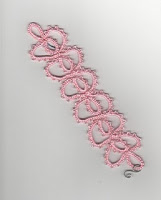 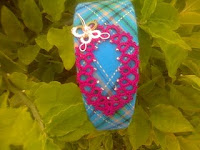 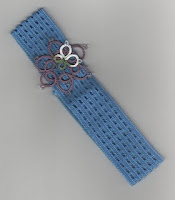 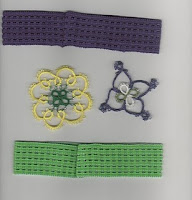 Mica tatted Day 21 from Bjørn's 24 Snowflakes in Tatting, using 1 strand DMC metallic floss and it was an interesting snowflake to tat. 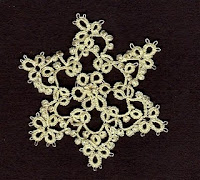 Sherry was sent lots of tatting goodies for her new little one that didn't get re-directed as they were supposed to, so she had a full mail box when she checked. Socks and motifs from Fox, a onesie from Marty, tatted shoes and tatting decorated hat from VicTats and a hanky with tatted edging shaped into a bonnet from Kelly. 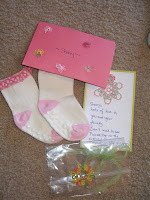 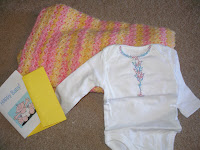 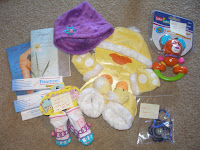 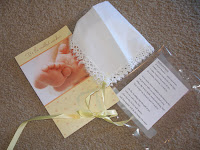 Vanessa shows us Jane Eborall's Santa and used in the card for the Christmas card swap. 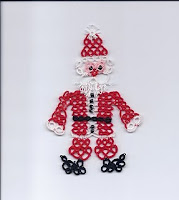 I made an amend to my posting about the "4point" Star from Ann Rizzo's book.

Here is the correct:

I had chosen a 5-point star pattern from the book 'The Gentle Art of Tatting things We Love' by Ann Rizzo. But since I had run out of thread on my shuttle, and I didn't want to wind on any more JUST to make that final ring, I decided to make a 4-point star instead.


(my brain and my fingers were not working on the same page, so did not realize I had written it poorly until too late.)