Melanie tatted Mark's angel wings and had success with scanning them.

Sue has been tatting earrings from Jane Eborall's pattern. She was so happy with the results she had to make lots of them in Pink Cocoa and Spring Garden and lots of other colours. Now she has to dig through the stash for more beads and thread to make matching bracelets. 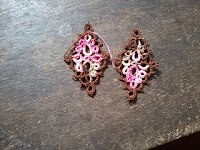 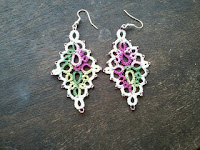 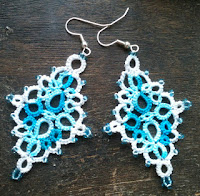 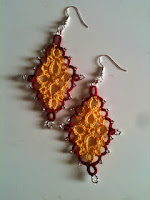 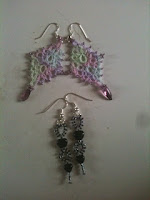 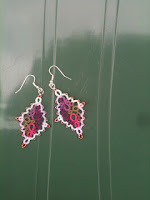 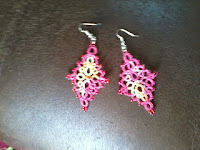 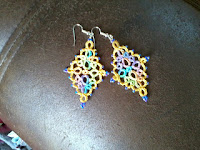 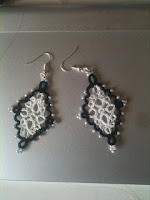 Diane managed three more Ice Drops, the one on the left is a tiddlywink and you can easily see that it is much flatter than the domed glass gems. They still look pretty on the tree. Her friend Sandy sent her a picture of some Lucky Pennies she has finished for family events. Running around doing errands only left enough time for two more Ice Drops. Helping her daughter move a few things only left time for another two Ice Drops. She was kind of hoping the projected ice storm would give her more tatting time, but no storm meant less tatting time, but she still got another three Ice Drops done. 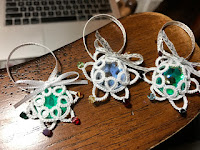 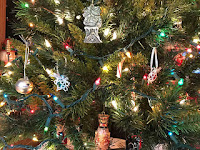 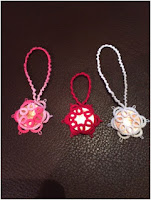 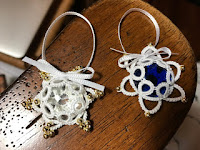 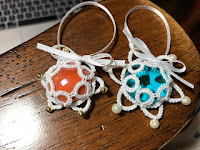 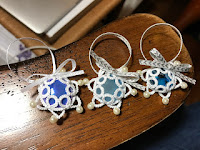 Fox was zipping right along, when she noticed that something didn't look quite right, and the offending bit was an extra motif which she has excised so now she's joyfully back to work. 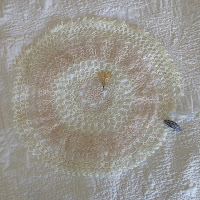 Lilas was scolded for not making much for her Christmas tree, so she did this little star from Jan Stawasz' Tatting Theory and Patterns, which has another round, but she was just finishing up the thread on her shuttle, so she's stopping here.

Marie tatted another angel from Patricia Rizzo's The Gentle Art of Tatted Angels. And yet another from the same book. These little gems would look great as earrings especially with some beads along the bottom to give them some weight. An one more angel from the same source. These are version II of the "Princess Earrings," from the Royal Collection. 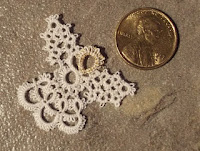