Jane thinks Motif 62 from Tatted Artistry of Teiko Fujito only looks like a leaf when in the company of other leaves like Motif 63. Motifs 63 and 64 were good for using up small lengths of thread. She made 2 attempts at Motif 66 and it still doesn't look like the one in the book. Both 66 and 67 use pearl tatting where the middle thread cleverly emerges to be used for the leaf outline. 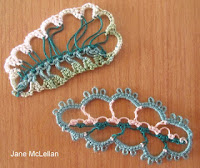 Nikki was almost finished this row on her doily when she noticed a mistake made way back on the very first join. Disappointing, but easily fixable. 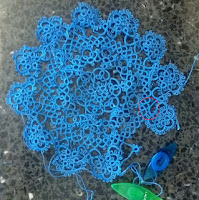 Batty Tatter got a little help from Jane Eborall on the body, but now she has this lovely colourful butterfly done and has to decide to put it on a card or a hat. 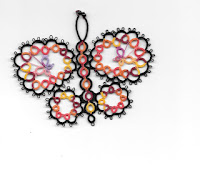 Sue spent a lot of her holiday time travelling by coach with really nothing much to do except tat and the consequences are that she has a quite a bit more done on her doily. 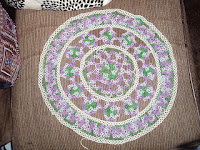 Diane managed to get a little tatting on her Spinning Wheel Glass Mat done along with teaching sewing lessons and crocheting. The slower pace of retirement is suiting Diane just fine which means she doesn't have the latest Spinning Wheel done yet. 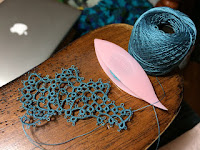 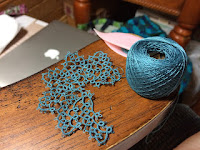 Lilas is teaching a shuttle tatting course in Clecy on October 29th.

Margaret saw a pattern on Pinterest and had an idea to make it into a bracelet. She had several tries with different sizes of rings and chains and this is what she came up with in the end. These samples don't have beads but she has plans to do a variation with beads and the instructions for making your own are included on her blog. 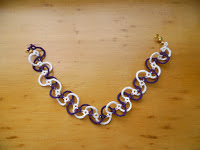 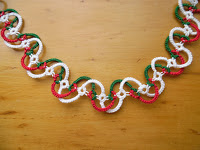 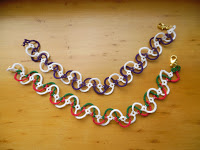 Marie had plans to add another row to this single clip earring, but it looked good after only 2 rows so she quit. She found a string of flat, round disks at the fair and could see all the tatting possibilities, so she had to get them. Here is a pendant made from one of the disks.  Of course there are earrings to match the pendant. 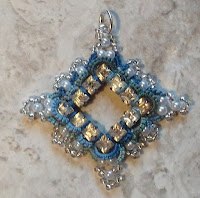 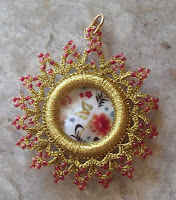 Muskaan has posted a smorgasbord of tatting she has done like this Floral Fantasy Doily by Kathleen Minniti, the Sixteenth Day of December Snowflake by Lene Björn, and the Spiderwort Doodle part of an edging in Lavoro Chiacchierino #11 turned into a flower. Tatting snippets of thread helped give her a chart of sizes and colours. 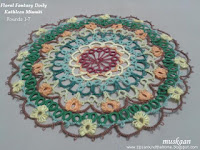 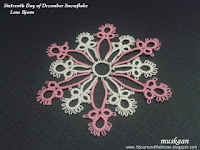 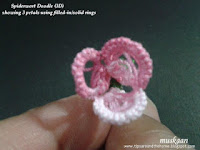 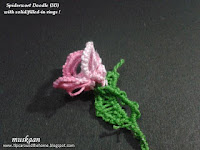 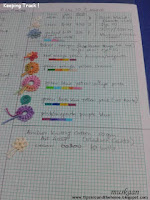 HisKid has tatted several bookmarks using size 20 Lizbeth Rainbow Splash and size 40 for the solids. The first bookmark was supposed to be longer, but she was running out of thread so it's for a pocket prayer book. The next two bookmarks are Flowers and Cupid's Arrow from the book Tatted Bookmarks Needle & Shuttle edited by Barbara Foster. These next 2 are inspired from the book Tatting Patterns by Mary Konior; the first is based on the Interlocking Clovers which is her favourite and the second is based on Sweethearts. 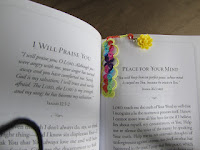 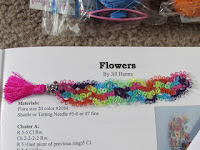 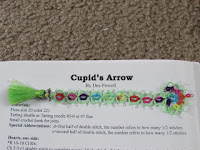 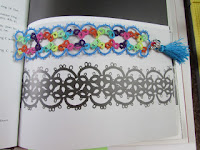 Wanda has been doing a lot of practise on different techniques lately making lots of bits and butterflies. Part of getting ready for Tat Days requires emptying a lot of shuttles and results in lots of butterflies. 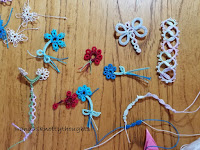 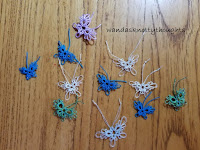