Batty Tatter found some new halo beads for the angels and she's still playing with two different threads for the snowflakes. Jane has just posted a new snowflake a bit similar to this one which she can't wait to try. She did another tree using a thread with a frosty filament in it and added gold sparkle paint. 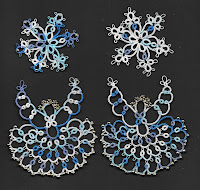 Elsa has discovered animated Gifs and has added a series of tutorials to her blog.

Mary Lena shows us a bracelet designed by Tatyana Buyvolova that is quick and easy to do. 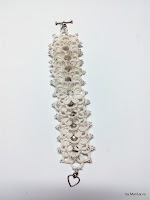 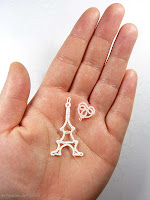 Sue has joined a snowflake swap and has been tatting designs by Jennifer Williams. The first two are from her snowflakes book, and the third one is from her Christmas book. 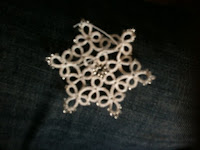 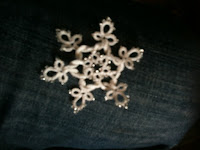 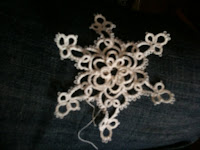 Linda shows some of the quilts and wall hangings she has done over the years, several of which have included tatted hearts, medallions and various tatted bits. 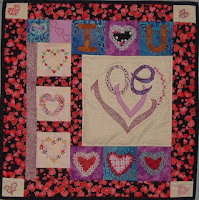 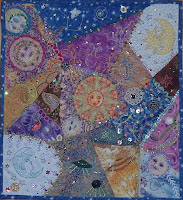 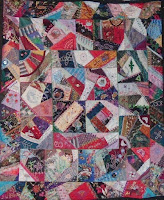 Diane realized that she'd missed the pattern change on her doily, but she's already fixed it and she's back on track. Three motifs finished correctly. Since she's made the same mistake twice, she decided to mark the significant points of the doily to avoid future problems. 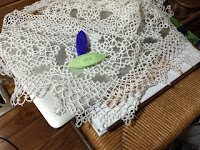 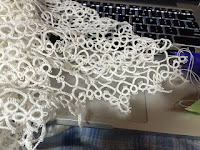 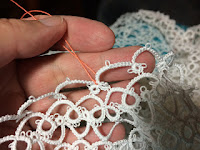 Fox kept feeling like something wasn't working with this Jan Stawasz pattern and realized she'd made a mistake early on and she doesn't have enough Karey Solomon HDT, #40 thread to remake it. Taking a break from the larger pieces, she worked on some Mary Konior motifs tatted with the remaining Karey Solomon HDT. Then another of Frivole’s latest pattern, Snowdrop, this time tatted in DMC #60. The larger snowflake was done earlier in DMC Cordonnet #30. The Hedgehogs edging isn't hard, but it is time consuming. 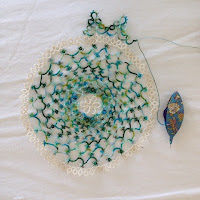 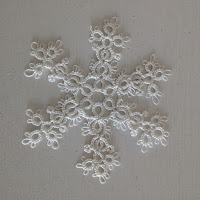 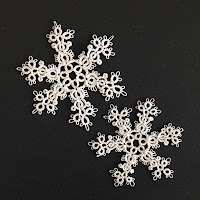 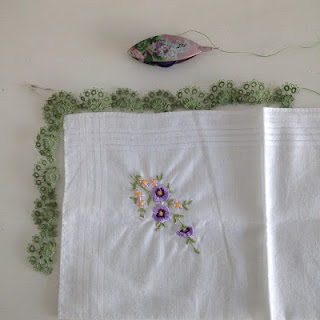 Margaret has been working from Tatted Snowflakes,  by Jennifer Williams and the first is called Alison. Catrin is a celtic design done in two parts. Working with 2 colours she tatted Ruth. Lynne is tatted around a ring and she used Jon's method rather than the way in the book. all of the snowflakes were tatted in Lizbeth size 20. 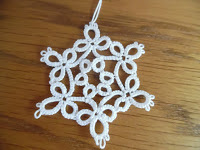 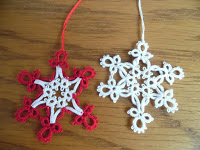 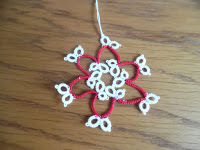 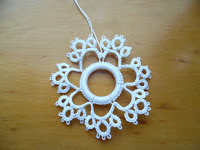 Marie is getting ready for a craft show on the 21st so she has been replenishing stock and tatting little Christmas balls by wrapping the lace around a little 1" squat ball. 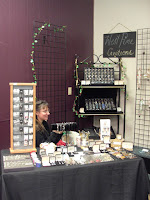 Martha created an angel combining hairpin lace and tatting years ago and shared it with the online class. This hairpin and tatted angel is one she taught at Palmetto Tatdays this past year. She really likes the look of hairpin lace and has added information on real and mock hairpin lace to her blog. 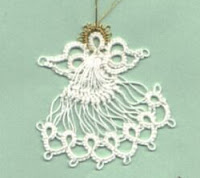 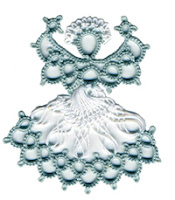 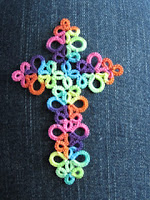 Wanda finally got her Queens Crown Edging attached to the table runner. The Eleonore Edging Wanda designed was made using Lizbeth Leaf Green Medium #684 and Ecru #603 in size 10.