Elsa has three dear friends, for whose birthdays she created personalized pens decorated with tatting. She made this snowflake utilizing split rings and split chains and shows how it is made using two different methods in a tutorial on her blog. She was inspired by the architecture and stained glass windows in a castle in Loire. The bullet-shaped pattern on her old DMC magazine "The Tatting" became the focal point above the door. Small tatted motifs create wallpaper bordered with copper DMC embroidery thread for gold highlights. The final result is this 10 x 15 cm postcard. 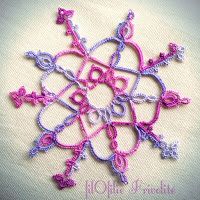 Mary Lena created this charming Christmas Tree just in time for the holidays. 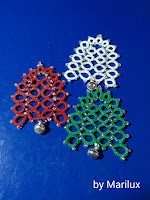 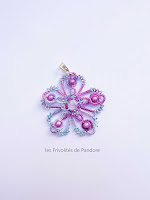 Diane finds Round 17 of her Jan Stawasz Masterpiece doily enjoyable to tat since the pattern repeat is easy to remember, and she can sit down and work for a few minutes for a great feeling of accomplishment. Marking the points where the pattern changes has made it easier to avoid mistakes. She's managed to tat around four motifs and the doily is growing. Her nephew's wife hung a group of Diane's tatted pieces and even included a discarded piece, the blue on the right. 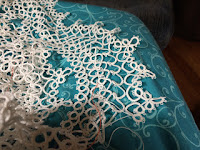 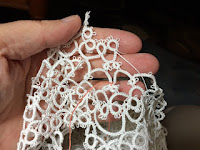 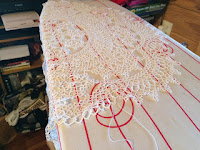 Fox is focusing on snowflakes. A brand new great pattern from Renulek is actually a wreath, but Fox did it in white with tiny bead accents. Then Posy by Mary Konior in DMC Cordonnet Special #60. Two pretty snowflakes by Robin Perfetti in Karey Solomon’s HDT, #40. She is currently test-tatting Winter Frost for Robin. Here it is in #60 DMC Cordonnet Special. A few days ago, she completed another of Robin's pretty snowflakes. She's glad the Stawasz doily wasn't working out because it gave her a chance to switch to size 80 thread and she's loving how it's working out. 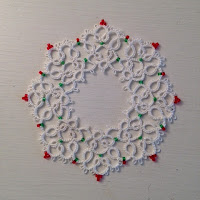 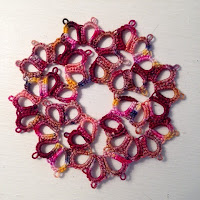 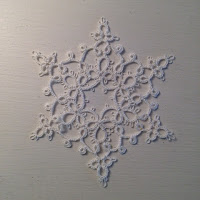 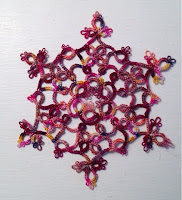 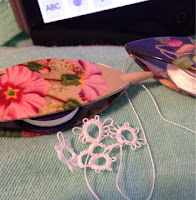 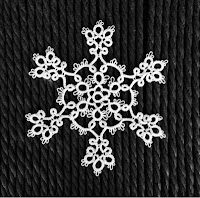 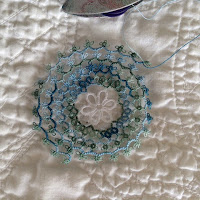 Margaret tatted the snowflake day 14 from 24 Snowflakes in tatting by Lene Bjorn in Lizbeth size 20, for the front of this card. 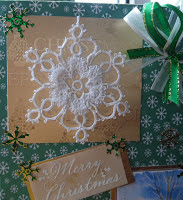 Marie tatted more small ornaments for her show. Her new collection of designs features keys with tatting, like this one in icy blue with sparkling beads. The keys with tatting and hearts, are titled The Keys to My Heart. This rusty key was shined and covered with nail polish before being covered in pink tatting and gold beads. These silvery snowflakes were received in a give away. The heart on this little key says made with love. This key was tatted with a dusty blue/tan, pearl cotton #12 thread. 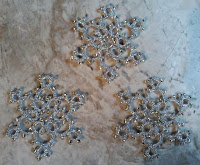 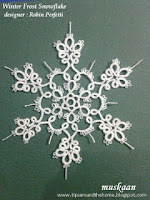 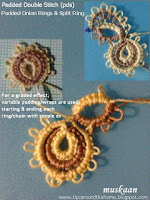 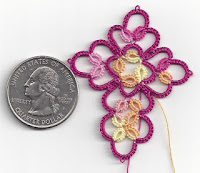