Batty Tatter is having a ball with the Christmas ornaments. The tree in the middle is her first try at a Jan Stawasz's creation tatted in size 30 and not the recommended 10. The two on the top left and right are Betsy Evans. The bottom right is one she bought from Etsy, from Romana Stelmach. She's still making Eileen Stafford's angles which she added a 3rd row to and put some beads on the bottom halo and wing tips. The two in the middle outer edge are Lene Bjorn's 24 Snowflakes in Tatting, Eleventh day of December. And The top middle is the same book, the fifth day of December. The last is the bottom left, which is a mistake, as she was was trying to make the eleventh day of Dec. This ornament is an idea copied from a fellow tatter. 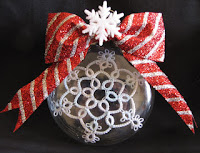 Julie was honoured to be nominated for the Craftree Awards in the Category "Best project : Jewellery". 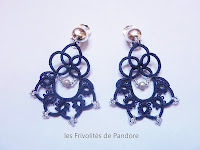 Sue shares a bracelet done from that pattern that that Jane Eborall shared, which started life as a bookmark. 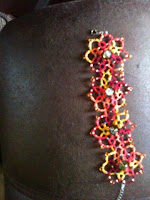 Diane wanted to give her wrist a rest but she still managed to complete 7 pattern repeats. Being busy means the she only has 12 pattern repeats done on round 17. Of course the lack of tatting was fortunate as she realized that she had missed a bit and didn't have much to snip off. 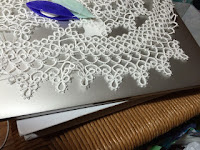 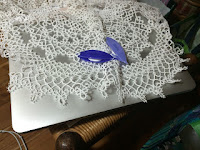 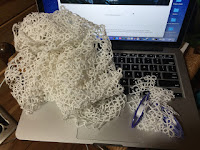 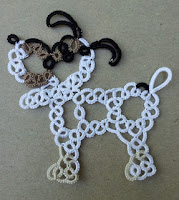 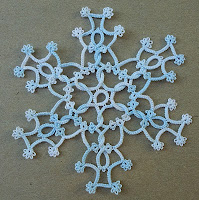 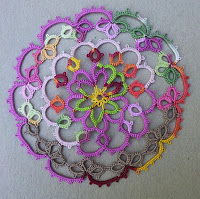 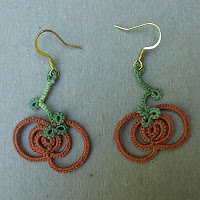 Fox was getting frustrated trying to get the streaks off her glasses, and in a brainstorm, pulled out the lovely hanky Umintsuru sent her to help keep them clean. Fox has challenged us to guess what this one is. It's Starlight, one of those free vintage online patterns which she tatted in Lizbeth size 80 to use up the thread. 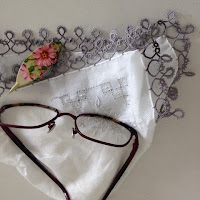 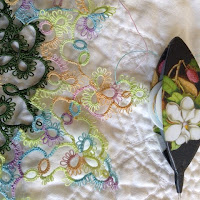 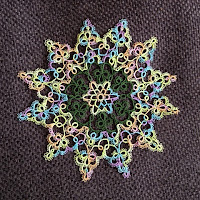 Marie tatted Michelle Bottosff's small dragon to go with the larger version done in Vineyard thread. Then she tatted another with a double tail. Then one in a plain green. Anne Bruvold's Flying Minor Norwegian Dragon done in Aurora. Another done in Holly. 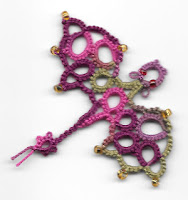 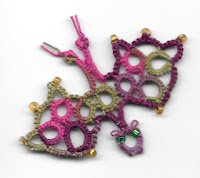 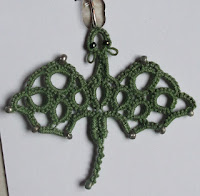 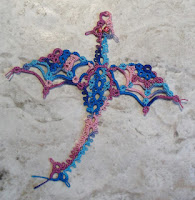 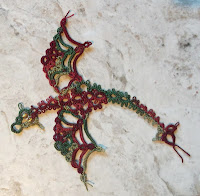 Martha revisited some favourite patterns from past Palmetto's classes. This is Erin Holloway's Dinky the Cat from 2012 with floating chain legs. Doodle the Poodle from 2010 is also by Erin and a bit of a challenge to tat. 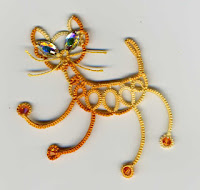 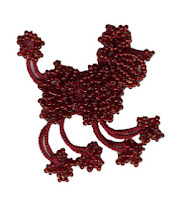 HisKid tatted a lanyard for her husband in size 10 Lizbeth Angel's Love and Turquoise Twist using interlocking rings which should make it durable especially since he wanted 3 rather heavy crosses put on it. This is Three Blind Mice pattern from Tatting Patterns by Mary Konior done in size 40 Lizbeth Fruit Fizz, just to empty some shuttles. 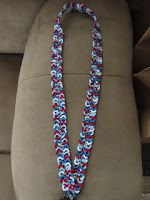 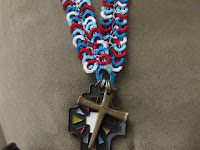 Wanda made this apple bookmark to go in the apple themed basket for an auction for a church fundraiser. She created it with layered rings, a technique that she hadn't used before.